We spent a good part of the morning roaming around the German-crazy town of Cala Ratjada. In the early morning (by Spanish if not German standards), we headed to a cafe overlooking the sea…. 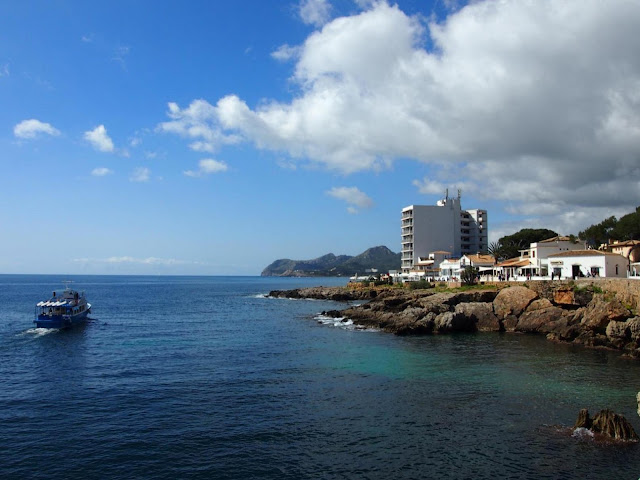 and I stuffed in slightly disappointing pancakes while Andy, clearly missing his adopted home, attempted to eat his body weight in Brot.

Being ‘little Germany’, the cafe of course came ‘with dog’ (I’m sure you’ve already read out guest-writer’s thrilling and daring expose on this matter: http://fishwithwhiskey.blogspot.de/2012/12/expose-into-seedy-underbelly-of.html). 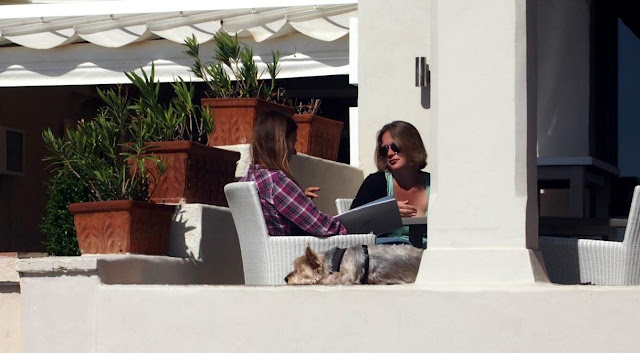 … but as there was a nice number of cats to balance it all out, I was pretty happy.

Plus, it came complete with this Dapper fellow: 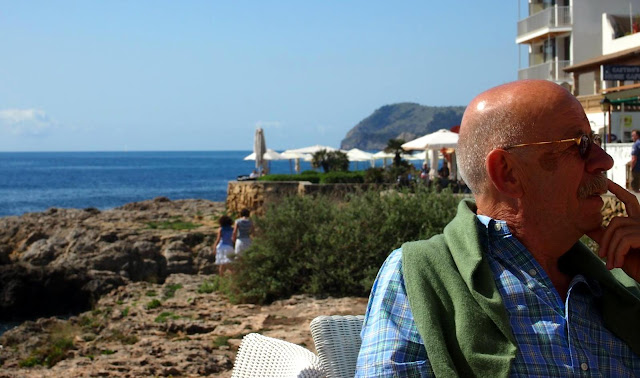 I’m pretty sure he had mustard coloured pants on. Seriously rockin’ the look!

But seriously. This couldn’t be more Germany if it tried (although I would also argue that perhaps it’s trying too hard and is therefore almost ‘more’ Germany than Germany and thus less.. if you get what I mean).

Speaking of weird imitations, does this writing look familiar to anyone? 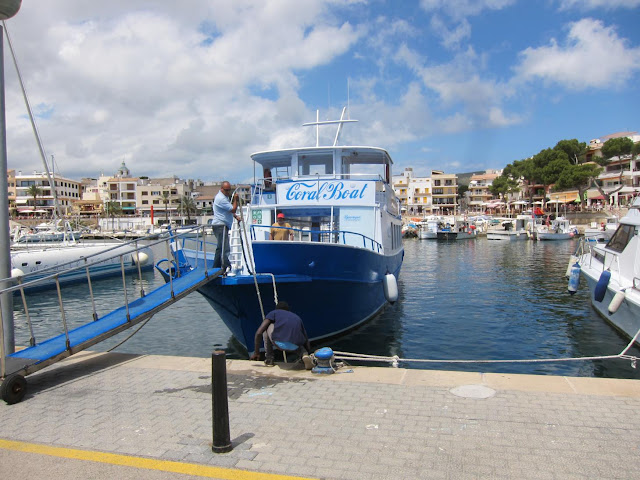 Anyway, I think Ratjada is pretty- or at least it was in full sunlight. I wandered around with Andy and Kuba, and later Andy and Alvaro, with some ‘escape’ time in between for looking at girly shops, which sadly turned out to all be identical.

We managed to coerce Alvaro into taking several photos of us. Alas! our light sensing units had clearly senescence, or become augmented in the Long Darkness of Winter, and now we were overcome by an attack of the squints. 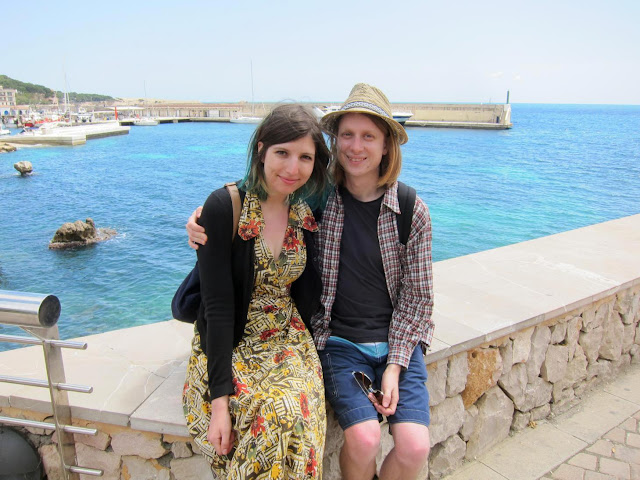 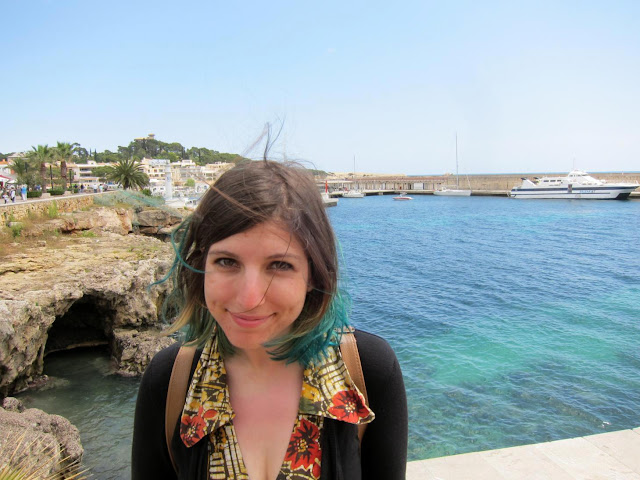 Here’s the pretty view without the sunburnt mole-people in the foreground. You can actually make out our boat in the background……………………………………………………..HERE 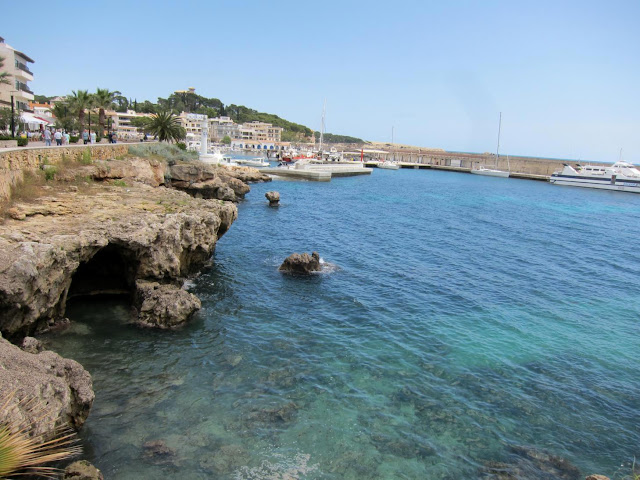 It was a rather beautiful day. Warm and sunny, but cool enough that we could wear our long sleeves to protect the now fragile skin. Oh how much these trees remind me of home!! 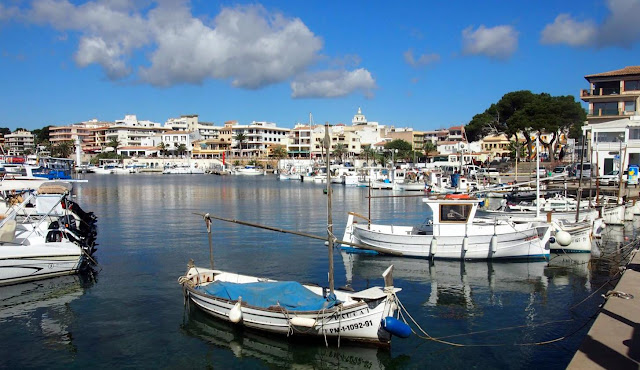 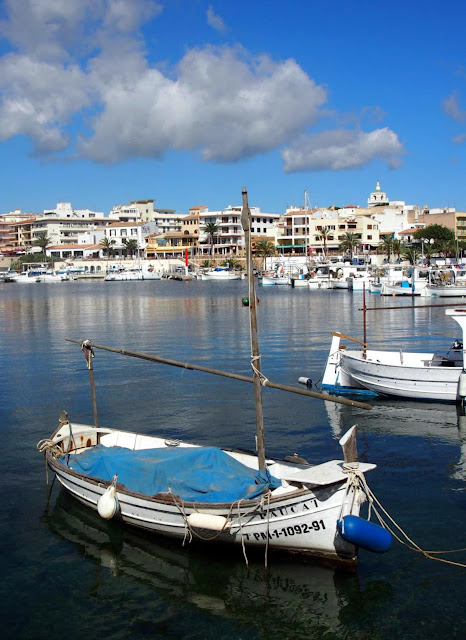 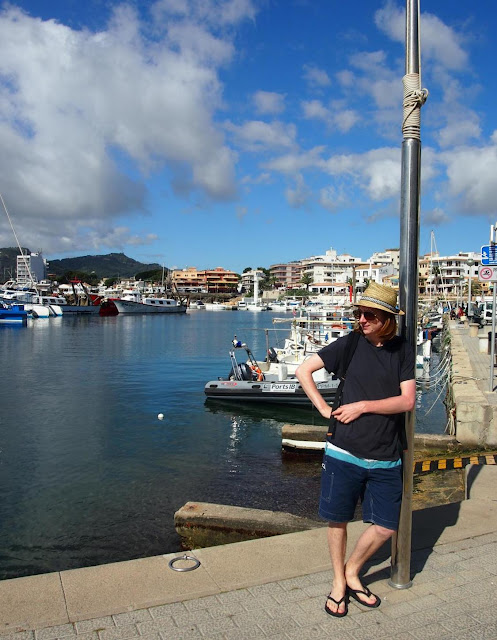 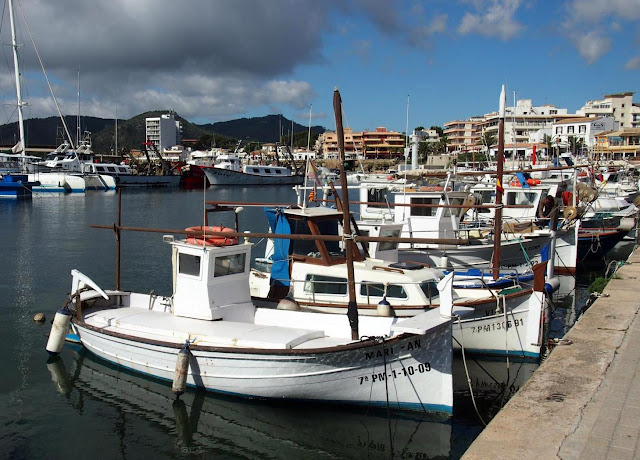 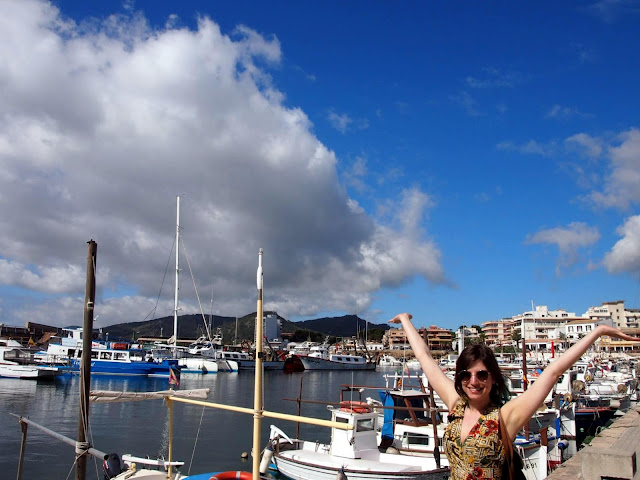 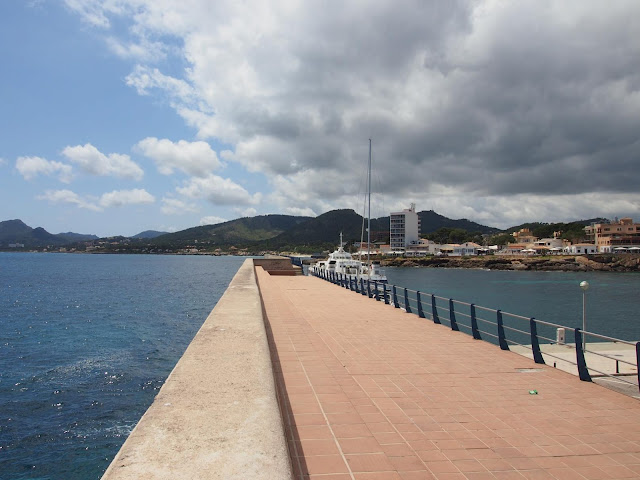 By the time we left, it was looking a bit like a storm was brewing, but luckily the weather held out, and we were able to spend a very lovely afternoon and evening boating. 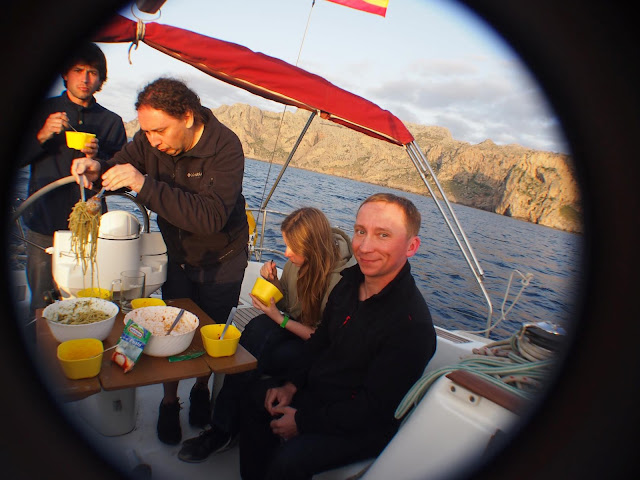 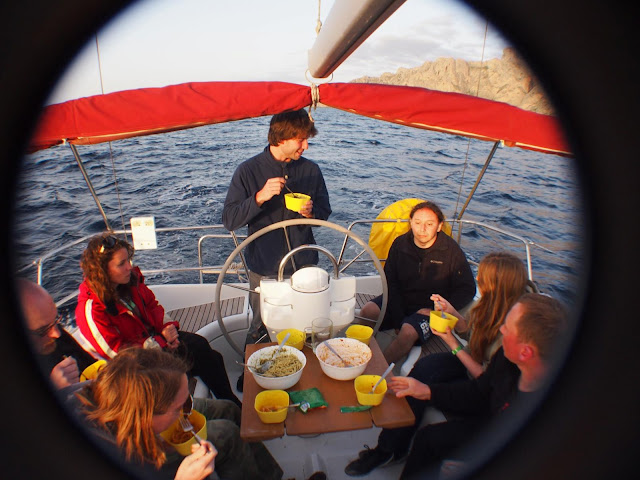 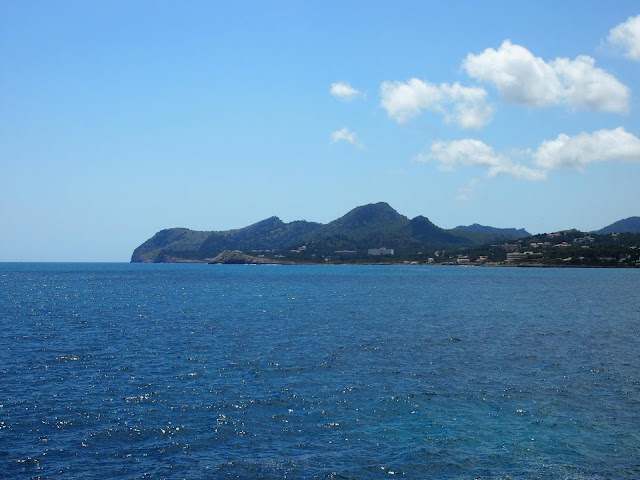 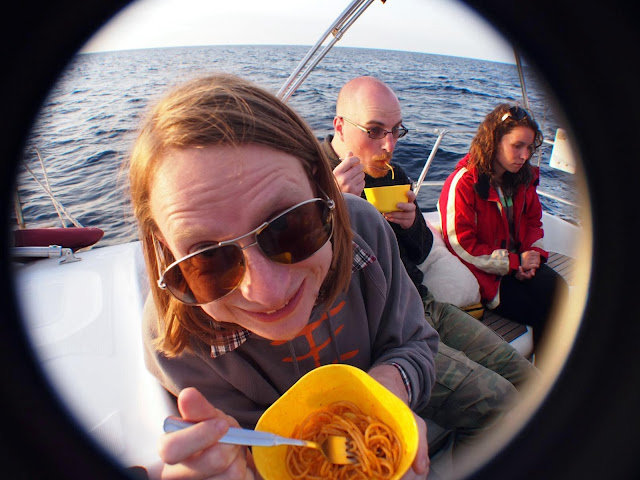 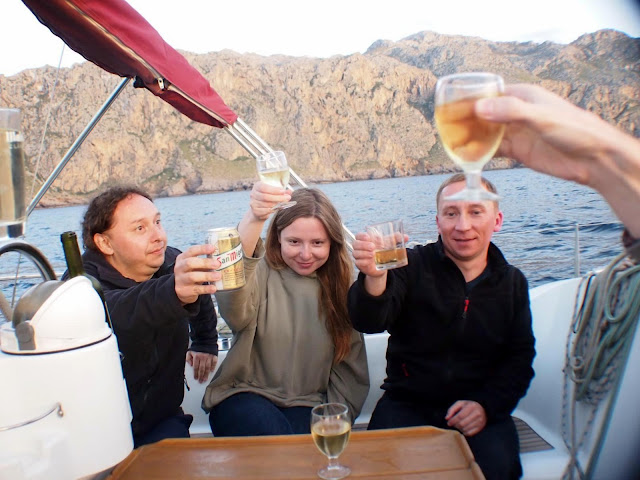 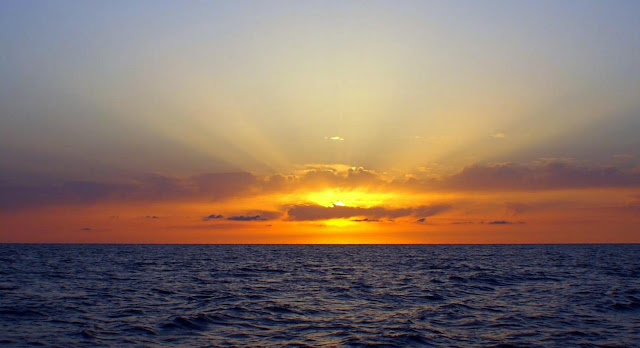 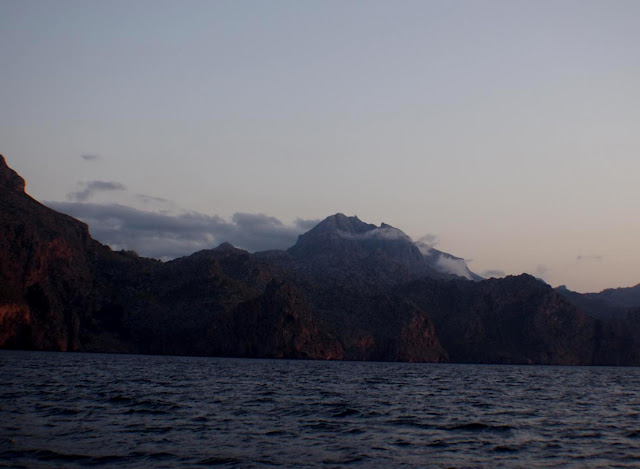 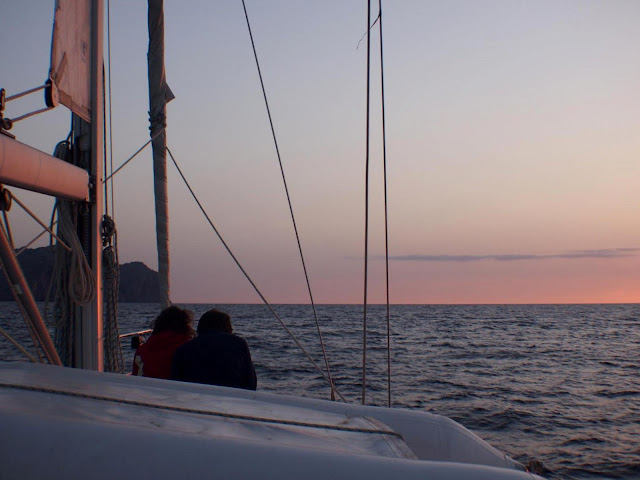 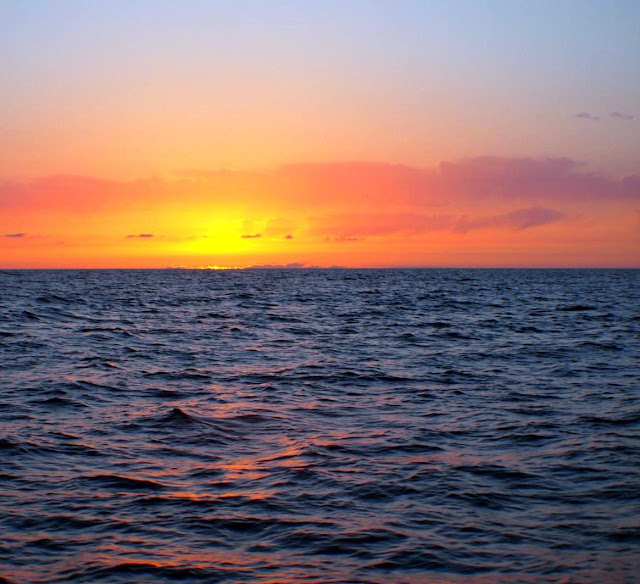 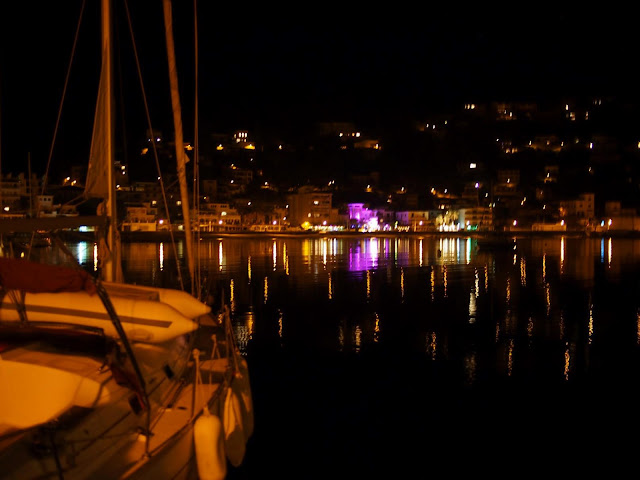