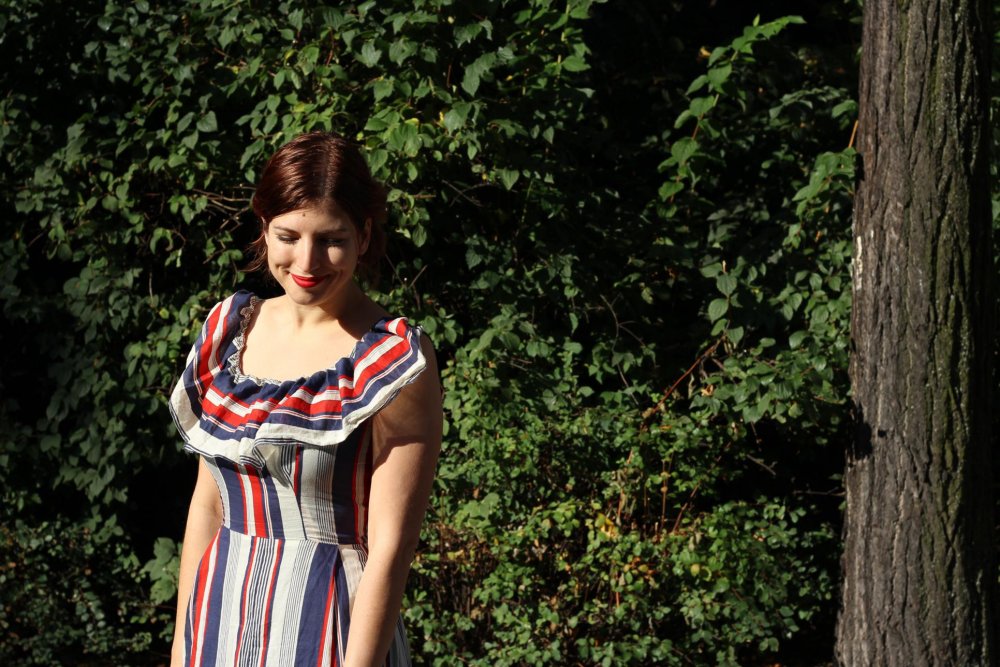 Hiya there everyone. This is another one of those posts that’s filled entirely of photos of me and my self-made dress. So if you think that’s kinda odd, feel free to move on along. And on he subject of kinda odd. Definitely odd, is me standing in a park trying to learn how to use a tripod/selfie timer to take photos of myself this morning. 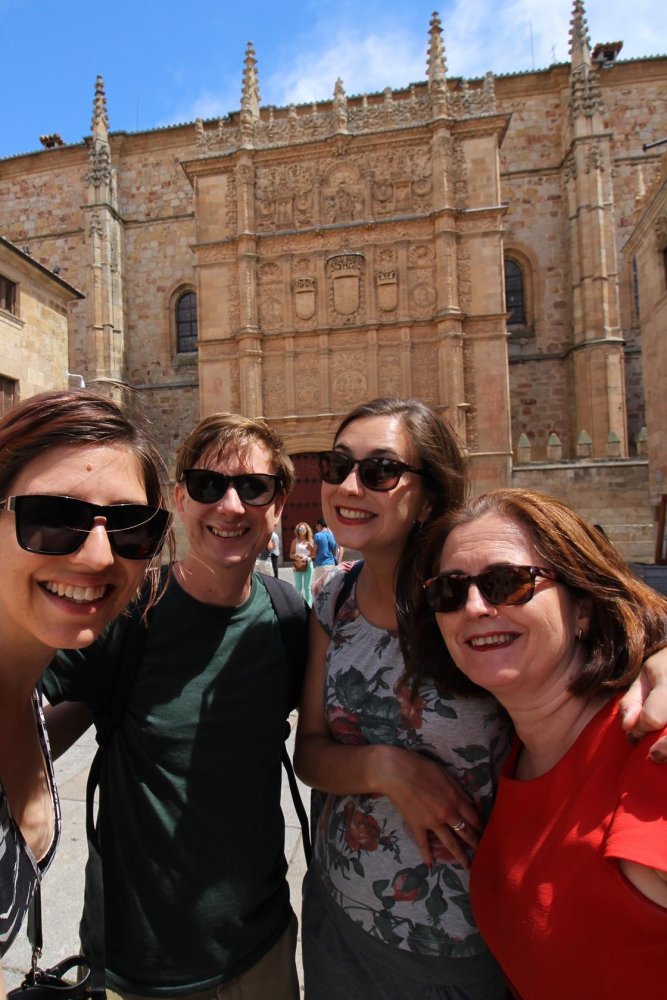 I don’t think I mentioned it yet, but every time I’ve thought of the city of Segovia in the last few months, a certain kind of music has blasted itself triumphantly into my head. ‘Hail, hail Segovia, land of the free and brave!’ I’m not sure where exactly the music comes from, but my faulty memory wants to narrow it down to either The Princess Diaries (hail hail Genovia?), or something from the Marx Brothers. Possibly it’s a combination of the two? Anyway. In my entirely-sane-and-together head, Salamanca doesn’t have a theme song. Which I guess is another point against Salamanca*. (*I don’t know if you’ve heard, but they also don’t have an aqueduct). 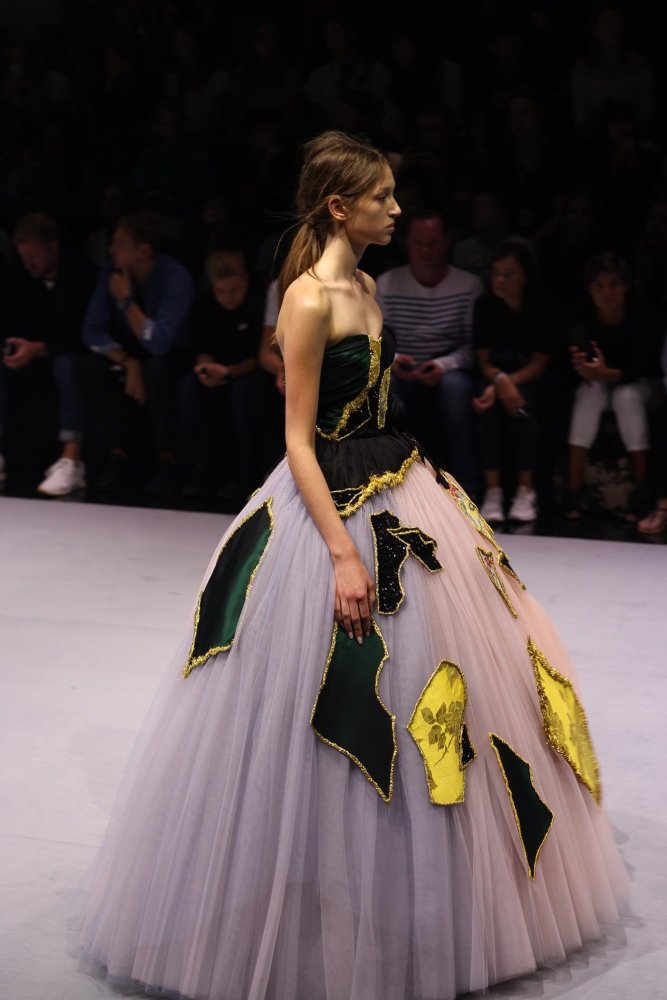 In 2009, my friends Lauren and Ashlee and I visited Utrecht. It wasn’t like it was the main part of our trip. We were doing the whole ‘2 month Europe trip’ that was pretty popular with university students at the time. When we planned it, London was first on the ‘to go’ list. Then Paris and Rome and Florence and Milan. And Berlin went on there too, but only because Ashlee had studied the war and communism in high school history. Holland was on the list, but it was all about Lauren- who was born there- and about visiting her family. Thanks to their hospitality, we made it to Amsterdam and Den Haag and to a tiny island to the north that used to be inhabited by grey monks: Schiermonikoog. And one day, with her aunt in tow, we visited the university city of Utrecht. According to google, there are many things to do in Utrecht. But I mostly remember the House of Miffy, and a museum that was displaying a collection of work by Viktor and Rolf.

I’m gonna take a quick pause in the ‘journey through Tapas-land’ to give a photovoyage of last-last weekend’s journey to Malta. 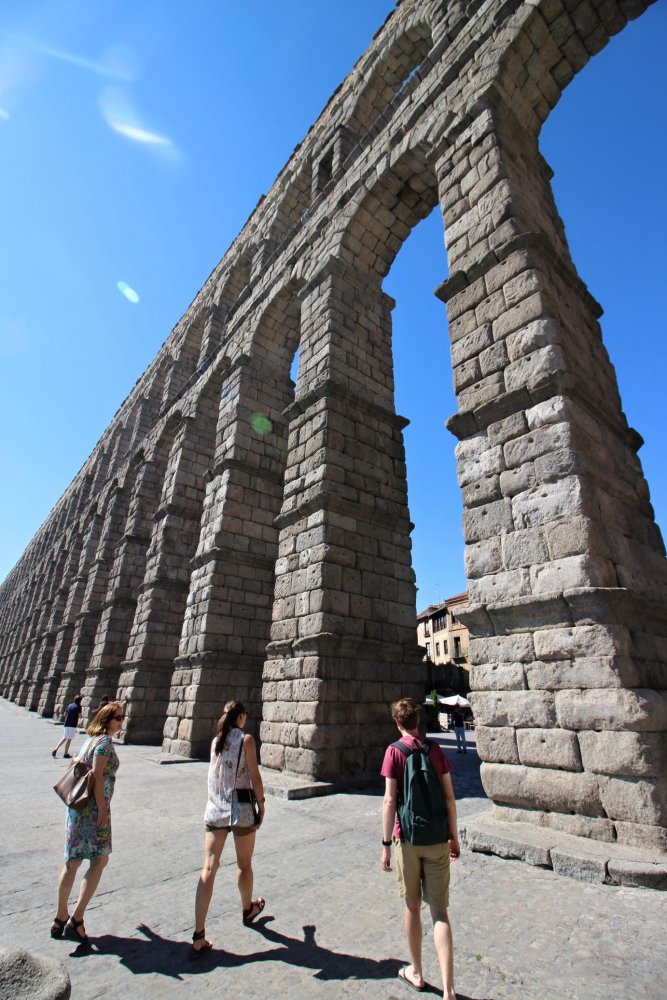 Segovia is all about that aqueduct. As you come into town (providing I guess, you come from the right direction), you’re hit in the face with its staggering ginormousity. BAM!