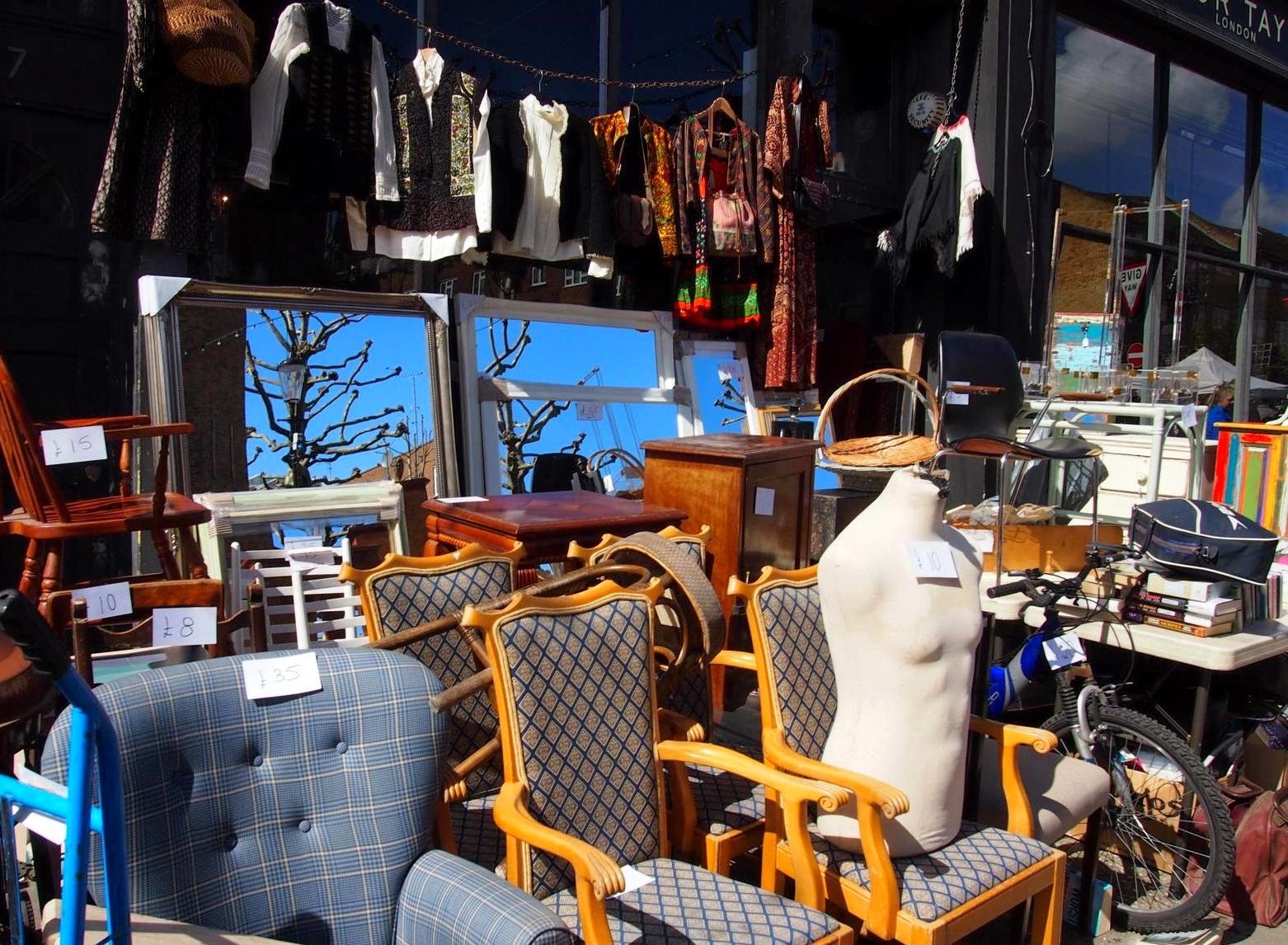 On our second day in London, following the splurge on culture, we hit the markets.
Portabello road to be more precise.

I started my day off ‘the Aussie Way’, with a sausage roll. 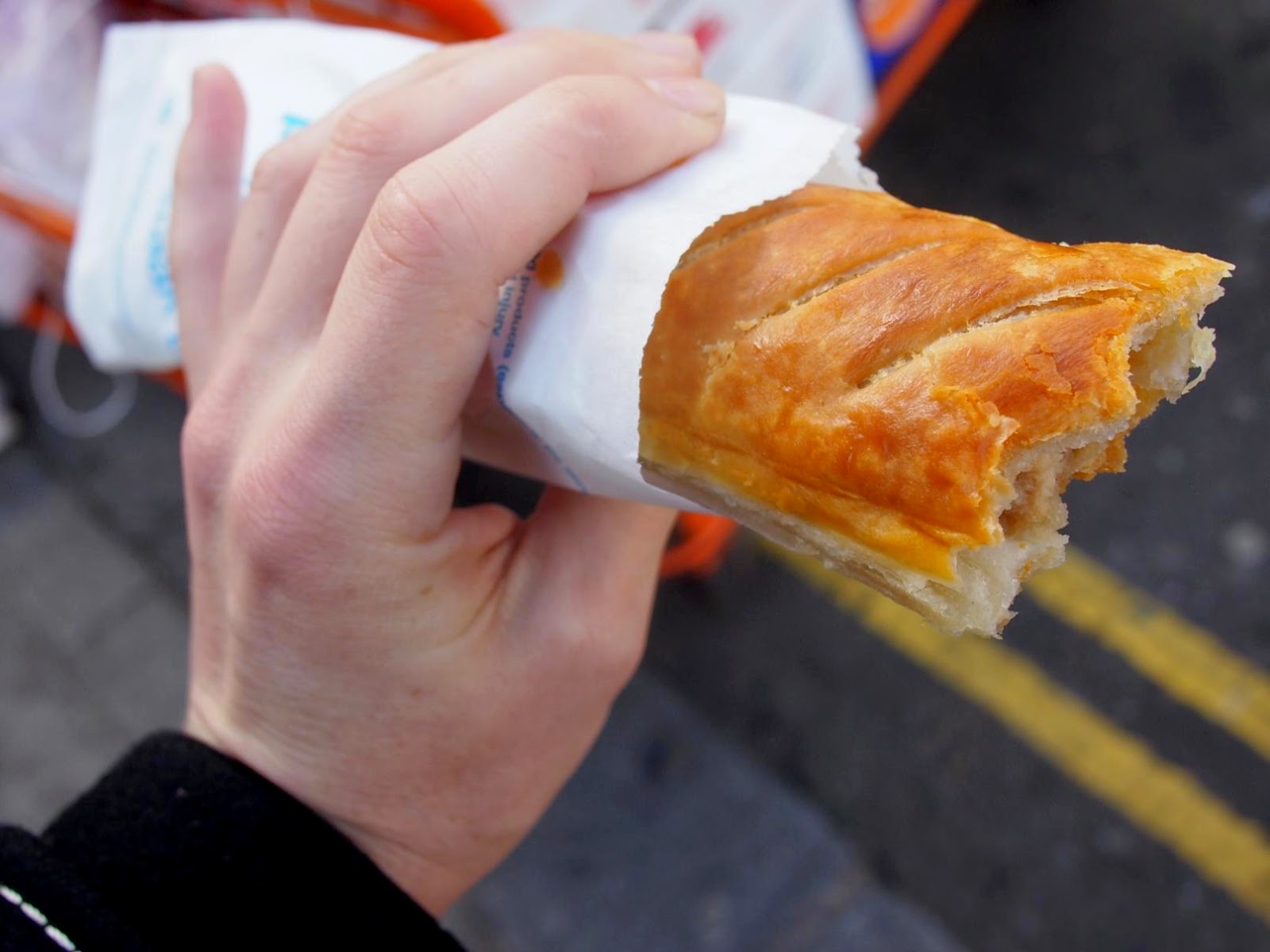 Once, when we were first in Germany, I went shopping hungry. Never a good idea. I saw something in a packet in the frozen food section that looked like sausage rolls, and was thrilled by the idea.

When I got them home and looked at the packet again, I realised they were actually Kohlroulade. Not unlike a sausage roll- just substitute the deliciously flaky pastry with wet, floppy cabbage. Ugh! 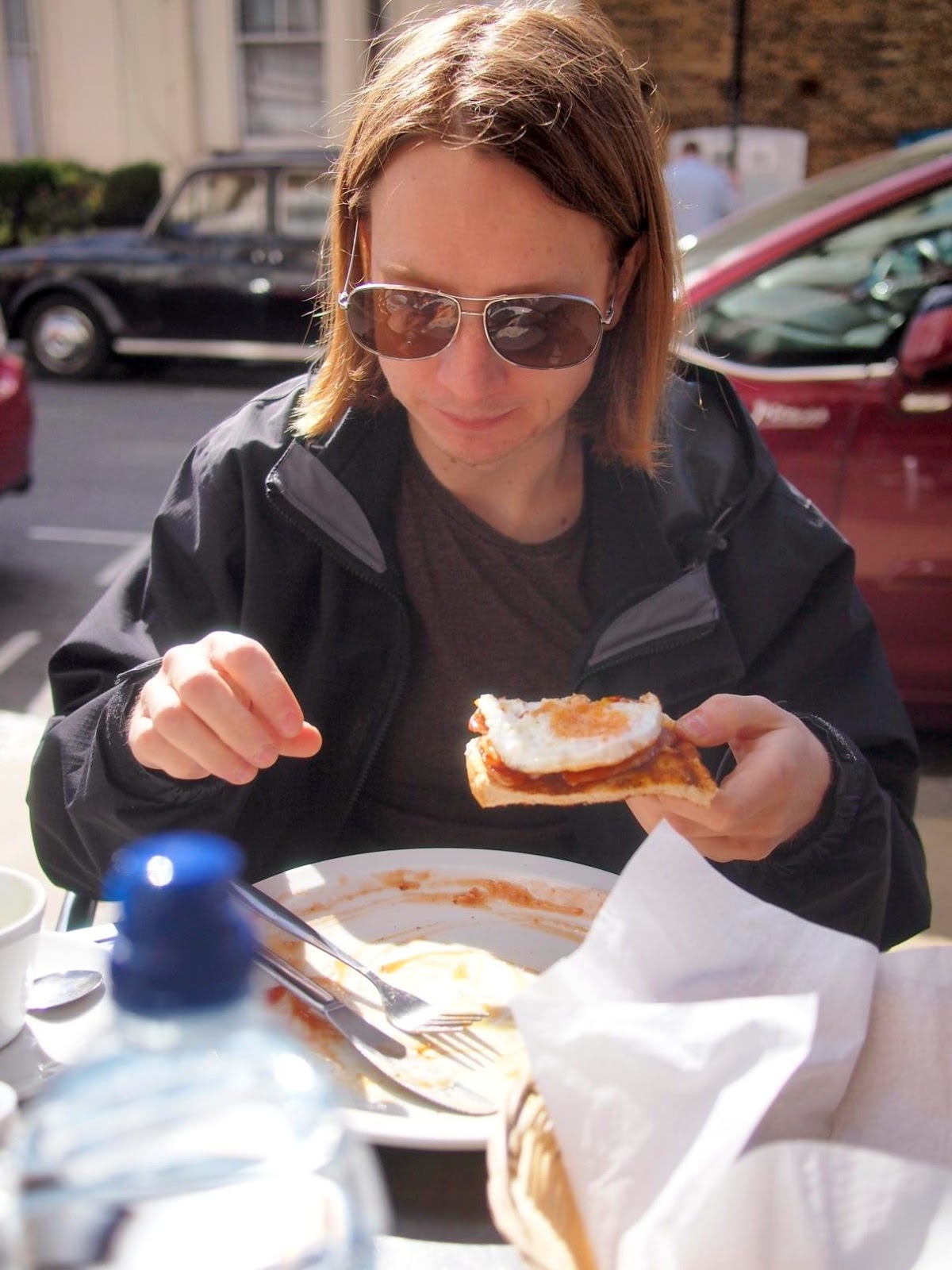 … but you’ll have to trust me on that one- because most of it vanished before I had a chance to take any shots. 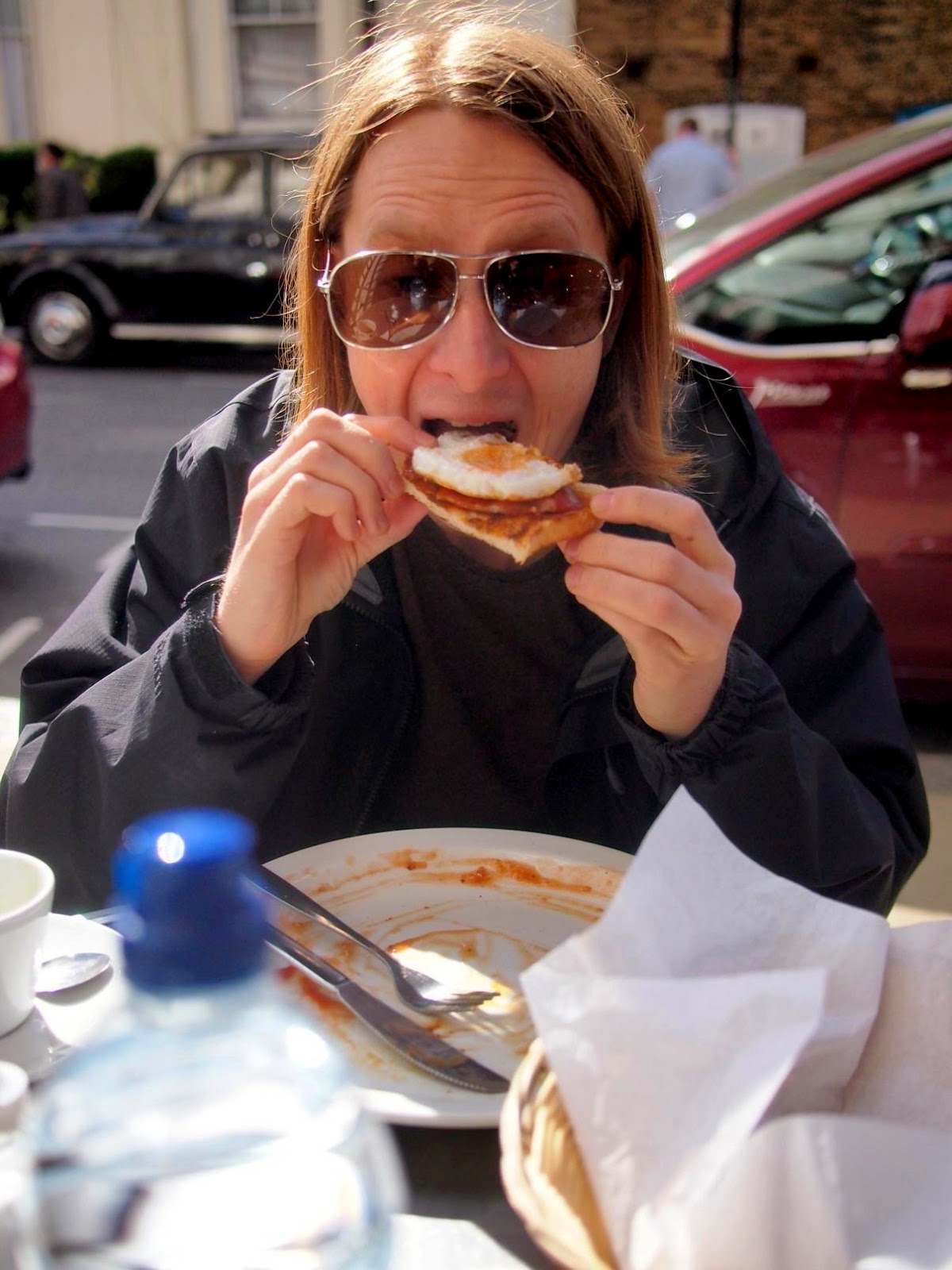 I totally love markets (I’m pretty this love is genetic)- but I’m always suspicious of the permanent ones- you tend to get less ‘flea’ and more ‘cheap stuff bought in bulk overseas’.

And Portabello had that in abundance. 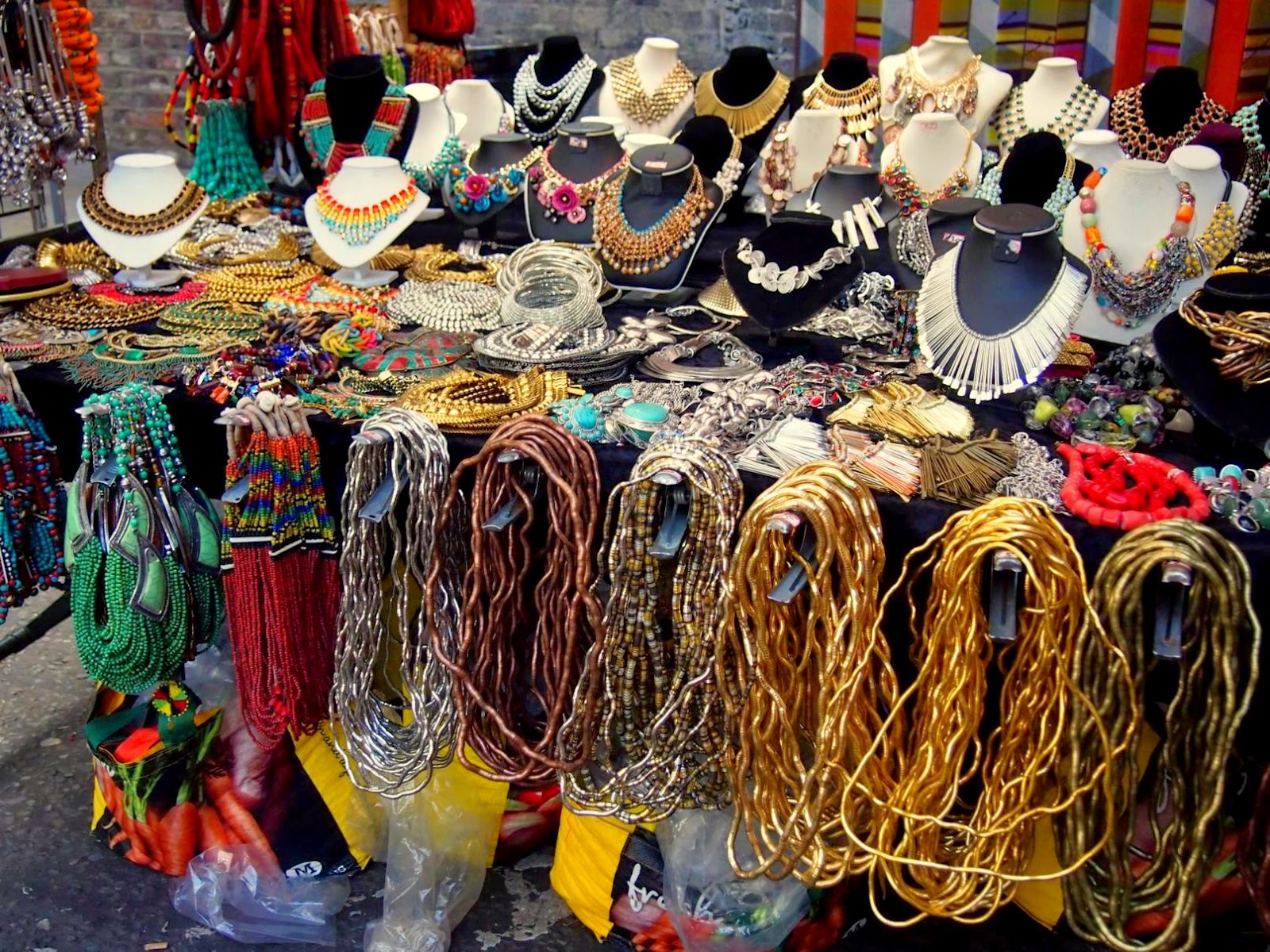 Especially in the ‘middle’ section of the market.
But the whole place was spotted enough with interesting looking people, food and actual stores (Andy found an Oxfam books, I found a couple of not-too-pretentious opshops) to make it easy to at least partially forgive this defect. 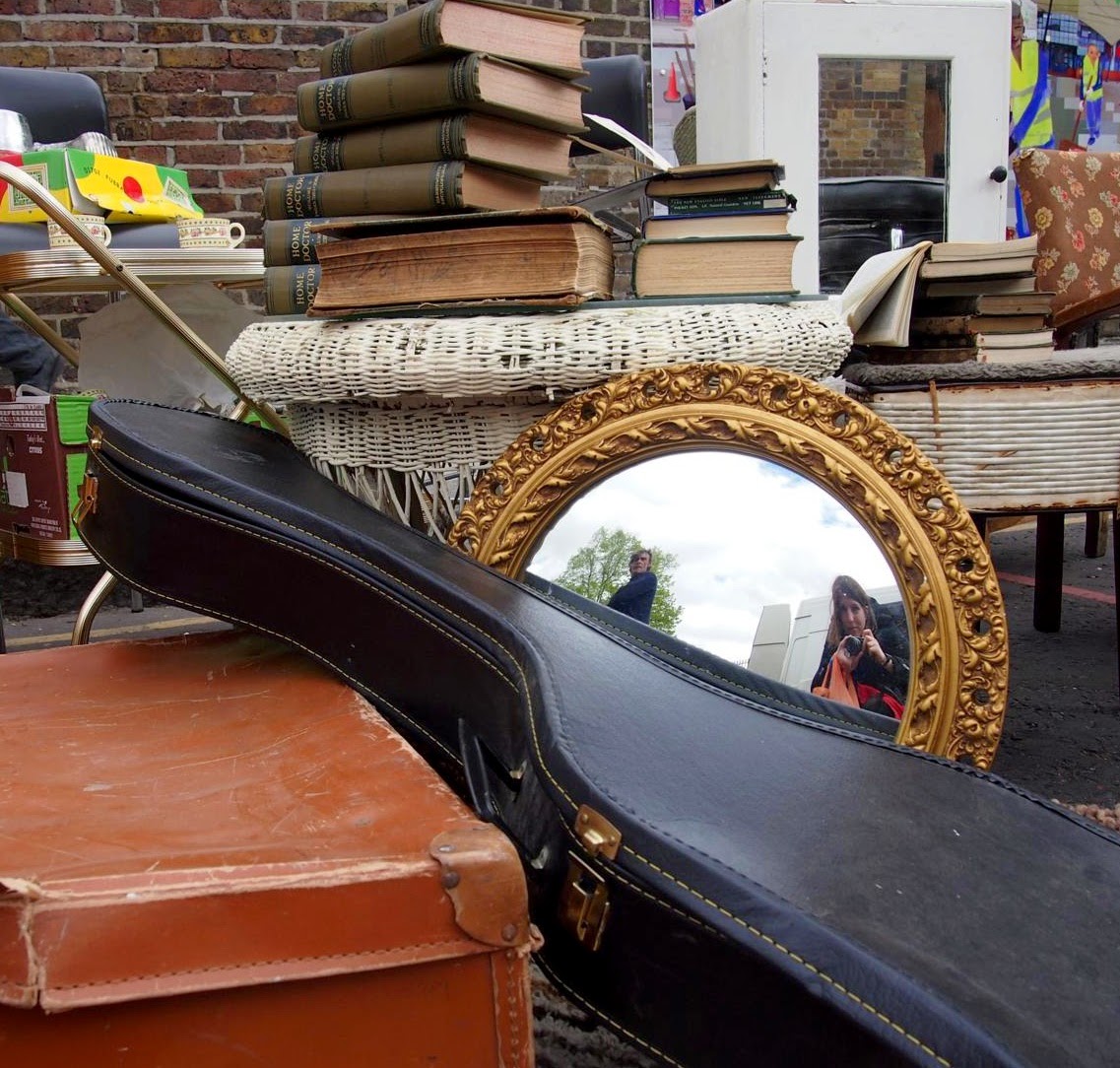 And as I moved to the top of the market, more and more things started to catch my eye… 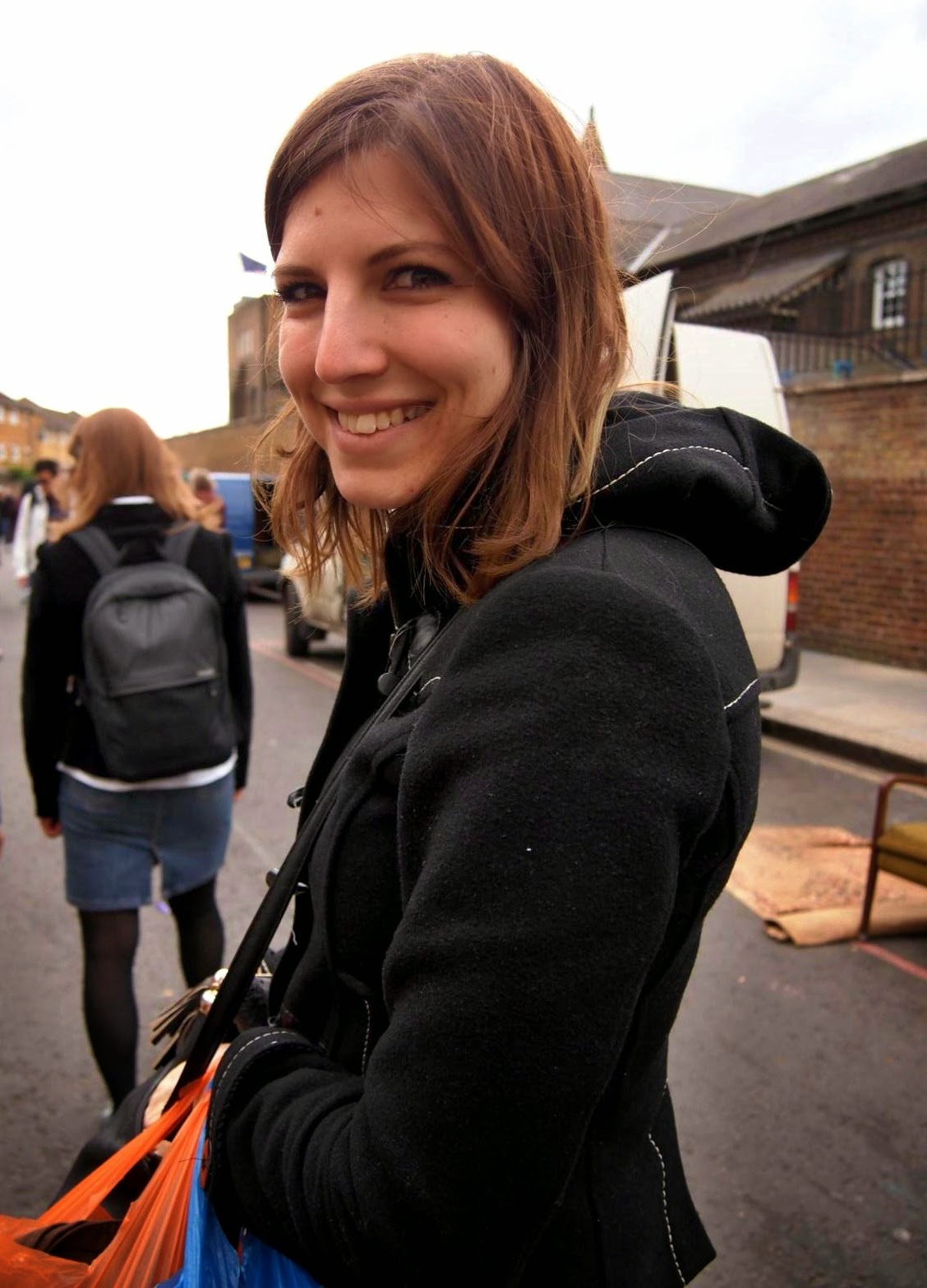 .. I bought a lace top for 1 pound, a silk shirt for five, a coat for 2 pounds and another cotton shirt for 50p.

I’m sure they’ll turn up in later posts so I’ll link you in.

Andy spent about 1 hour in the Oxfam bookshop and came out with a couple of paperbacks and a wistful look in his eyes. 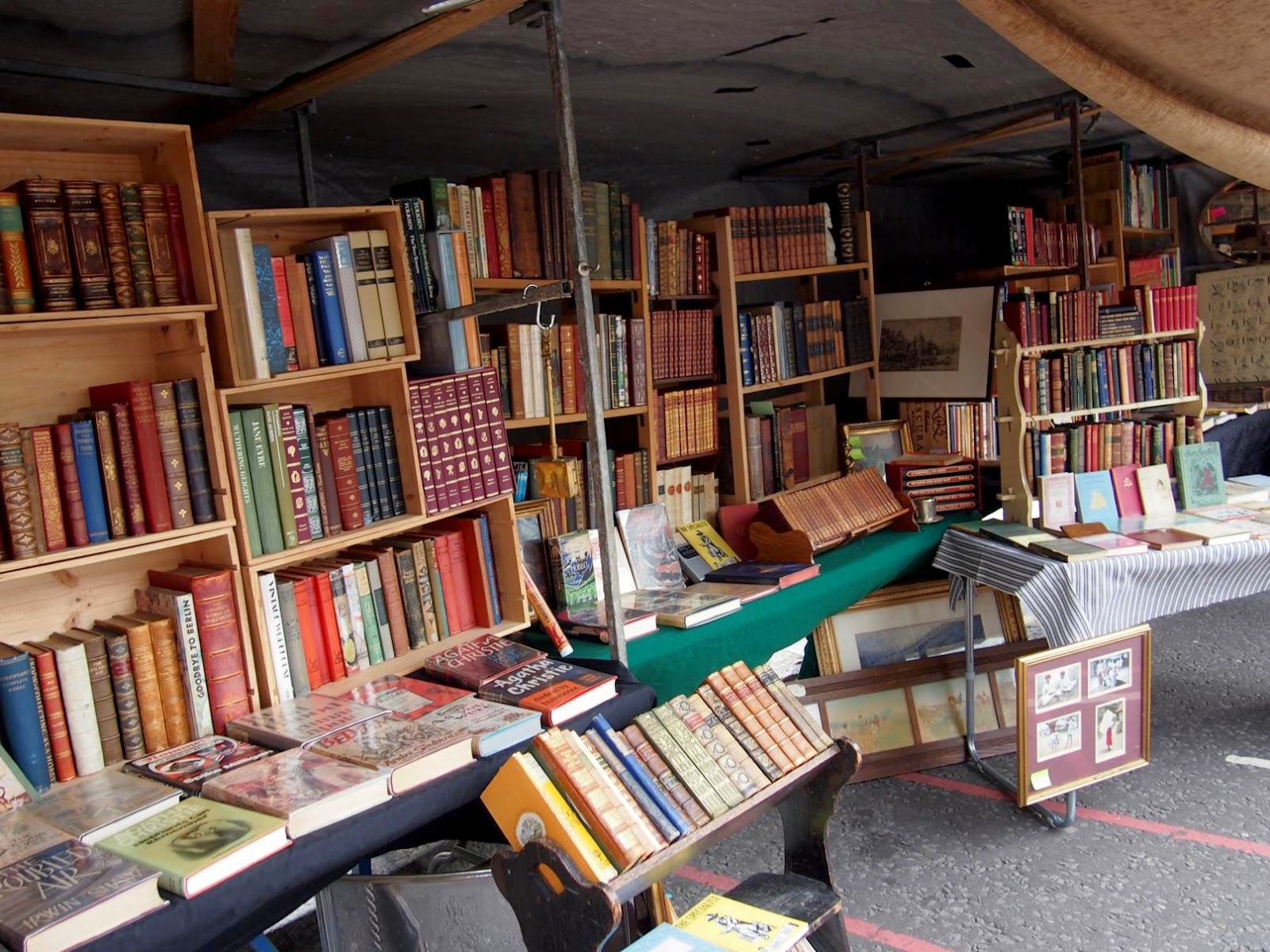 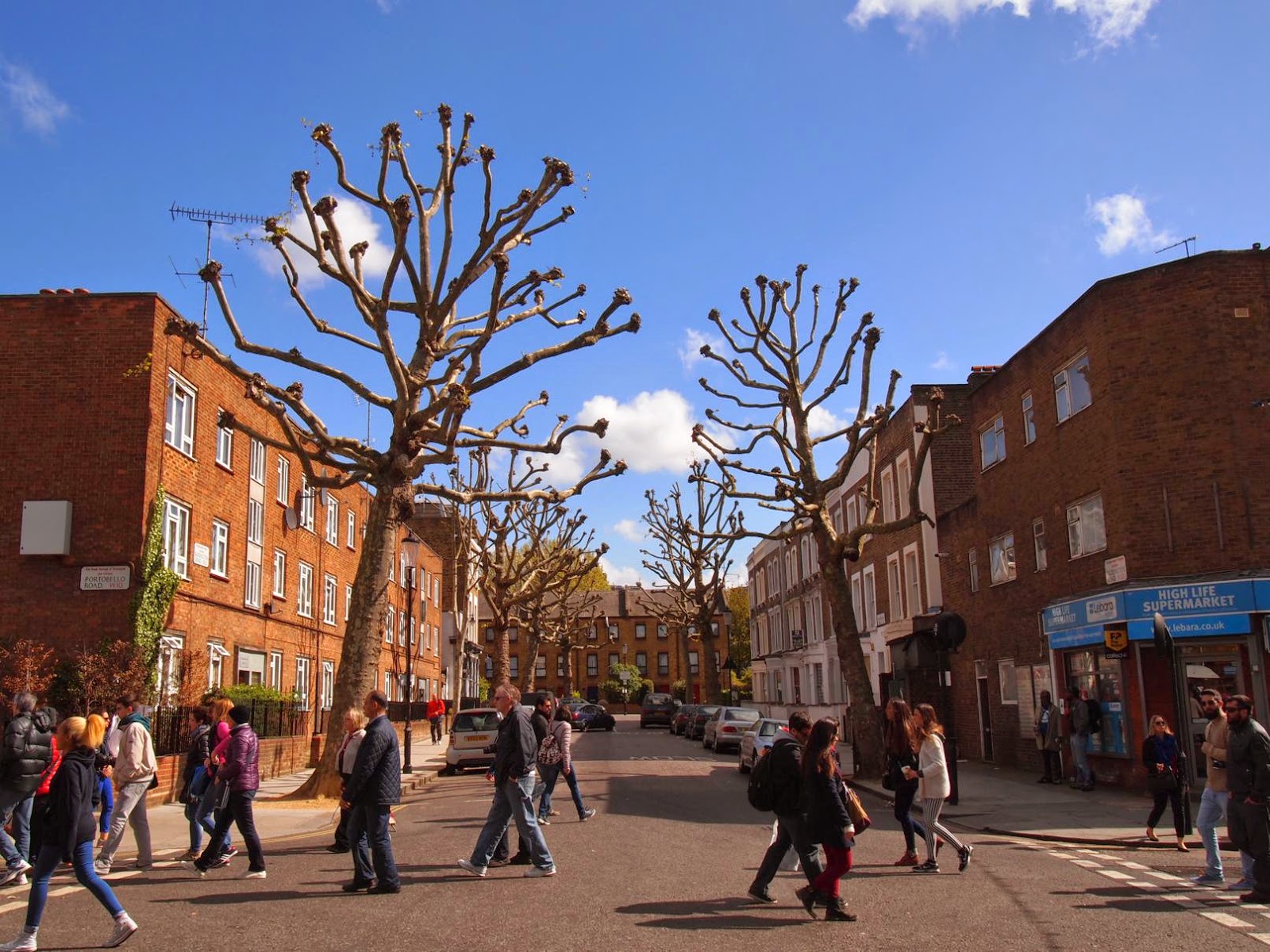 Andy also nearly went for a Barbour (England sizes seem more Andy-friendly than German sizes), but wasn’t sure about the final look. 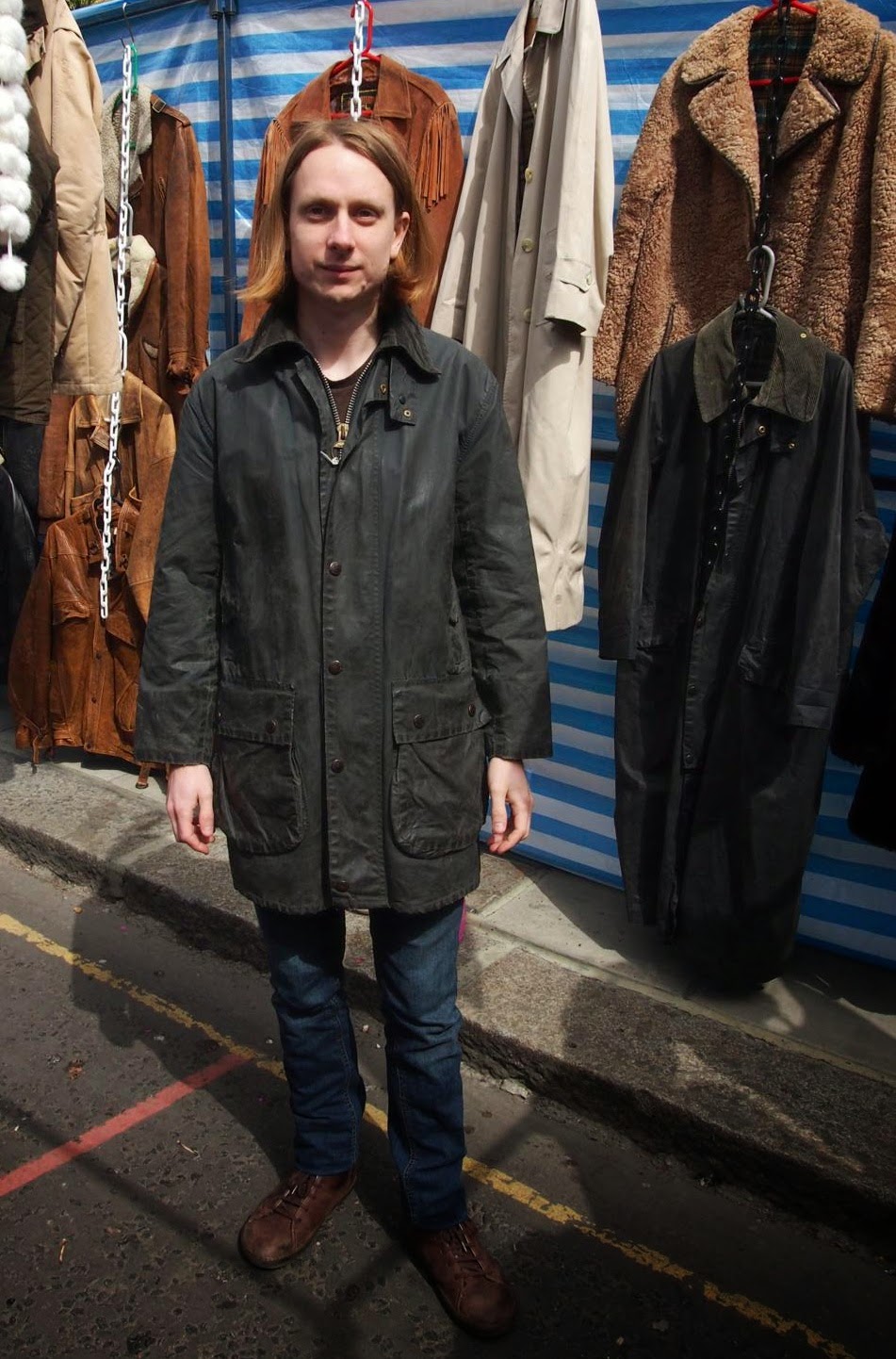 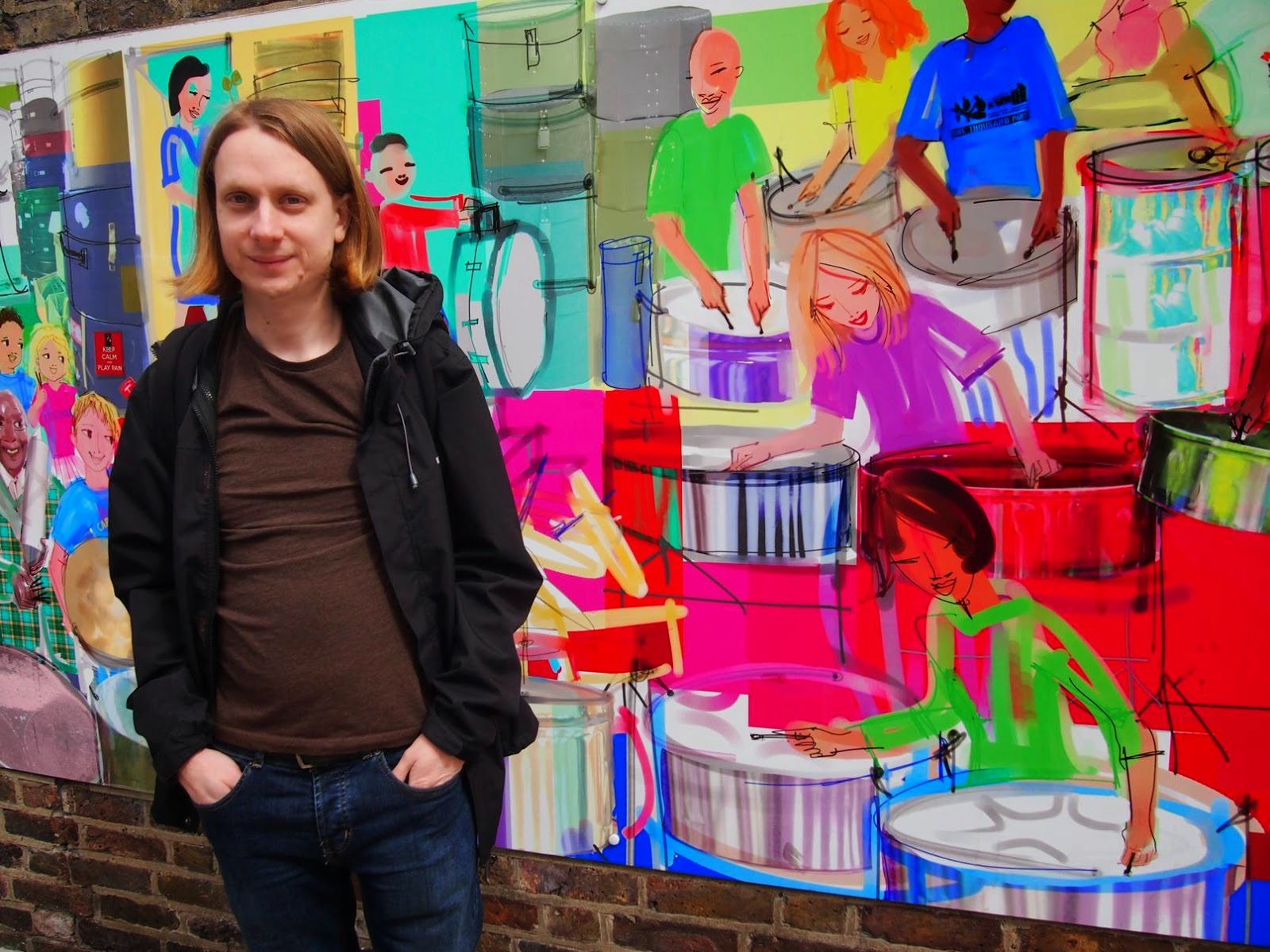 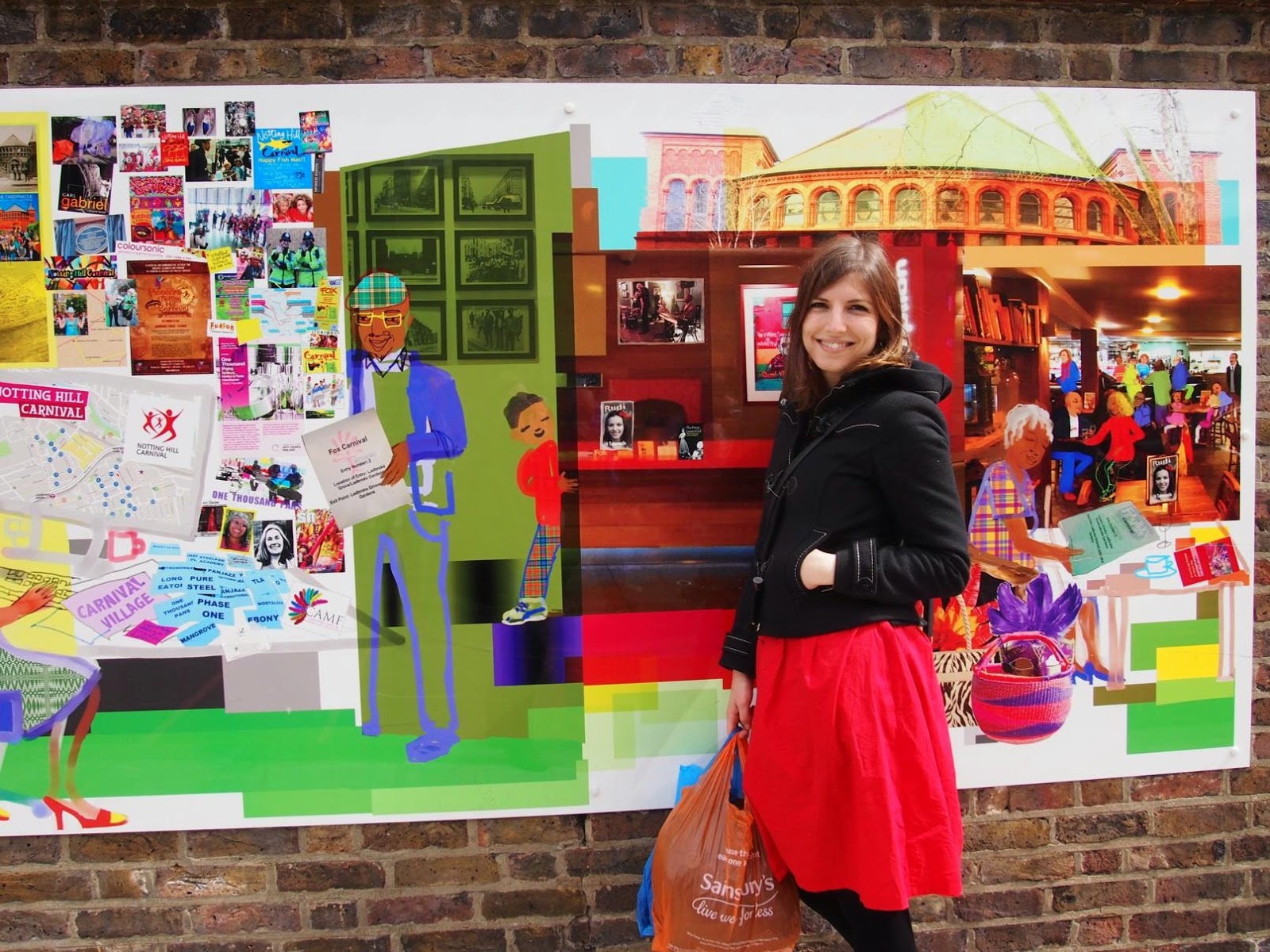 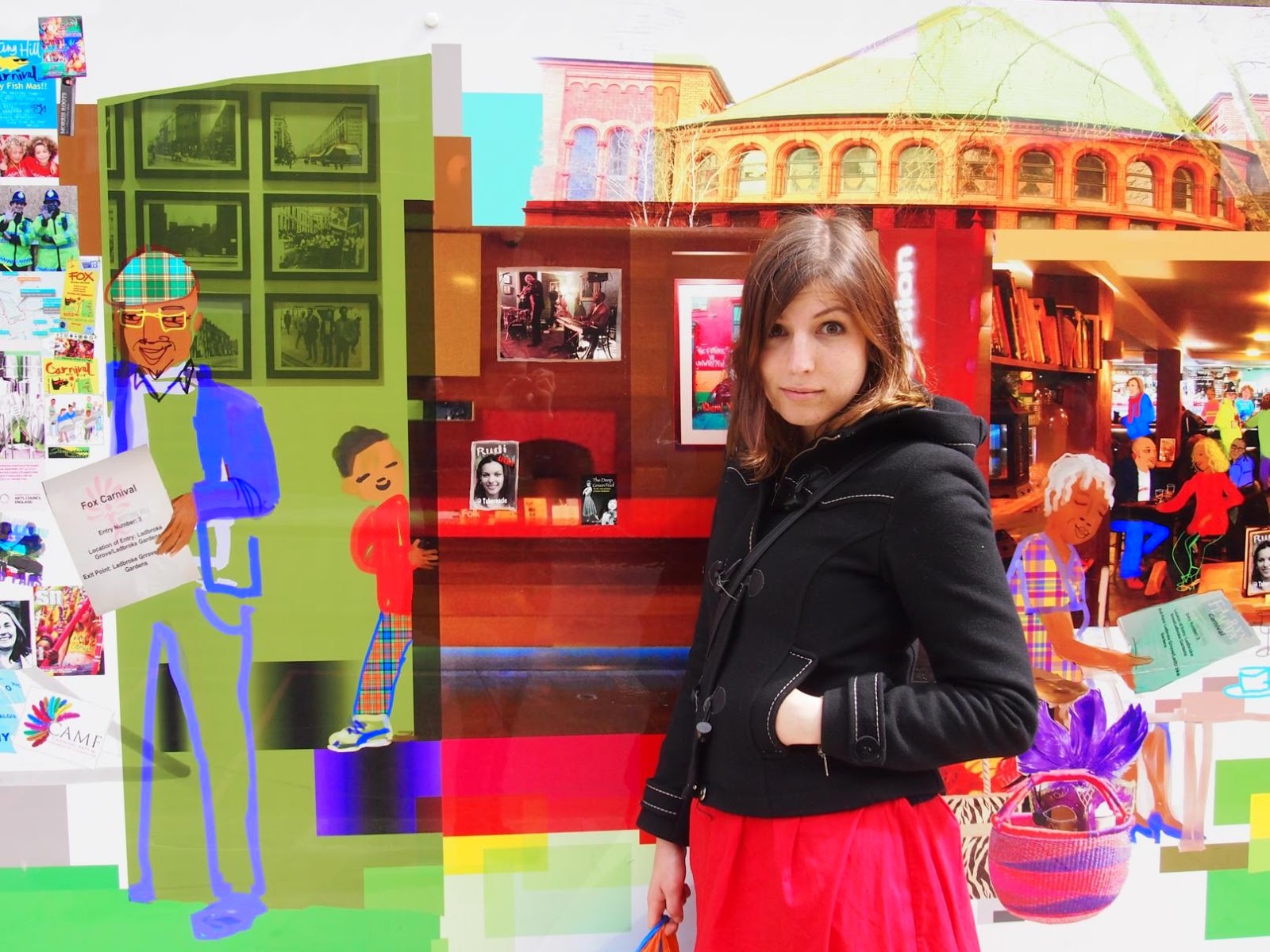 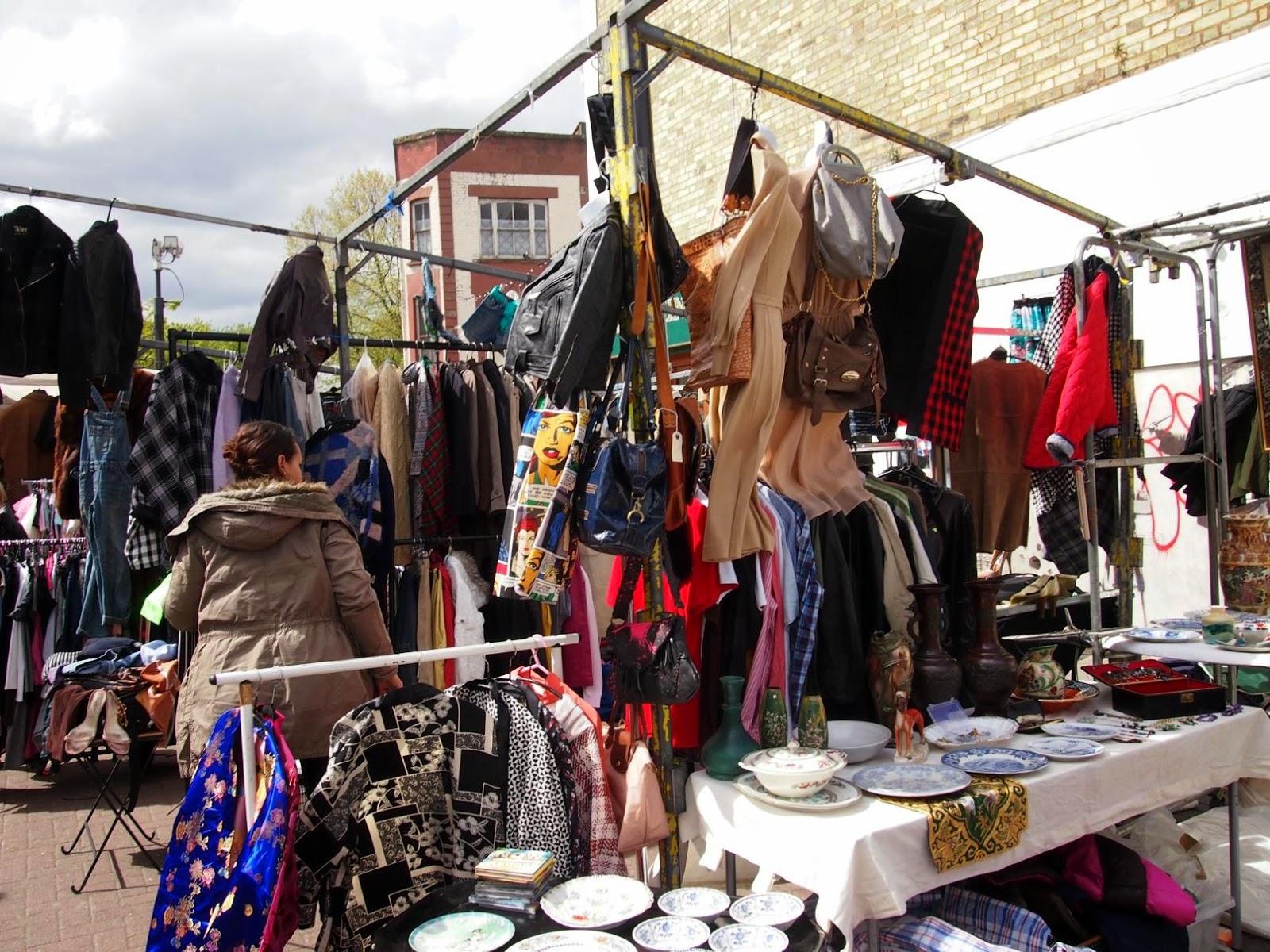 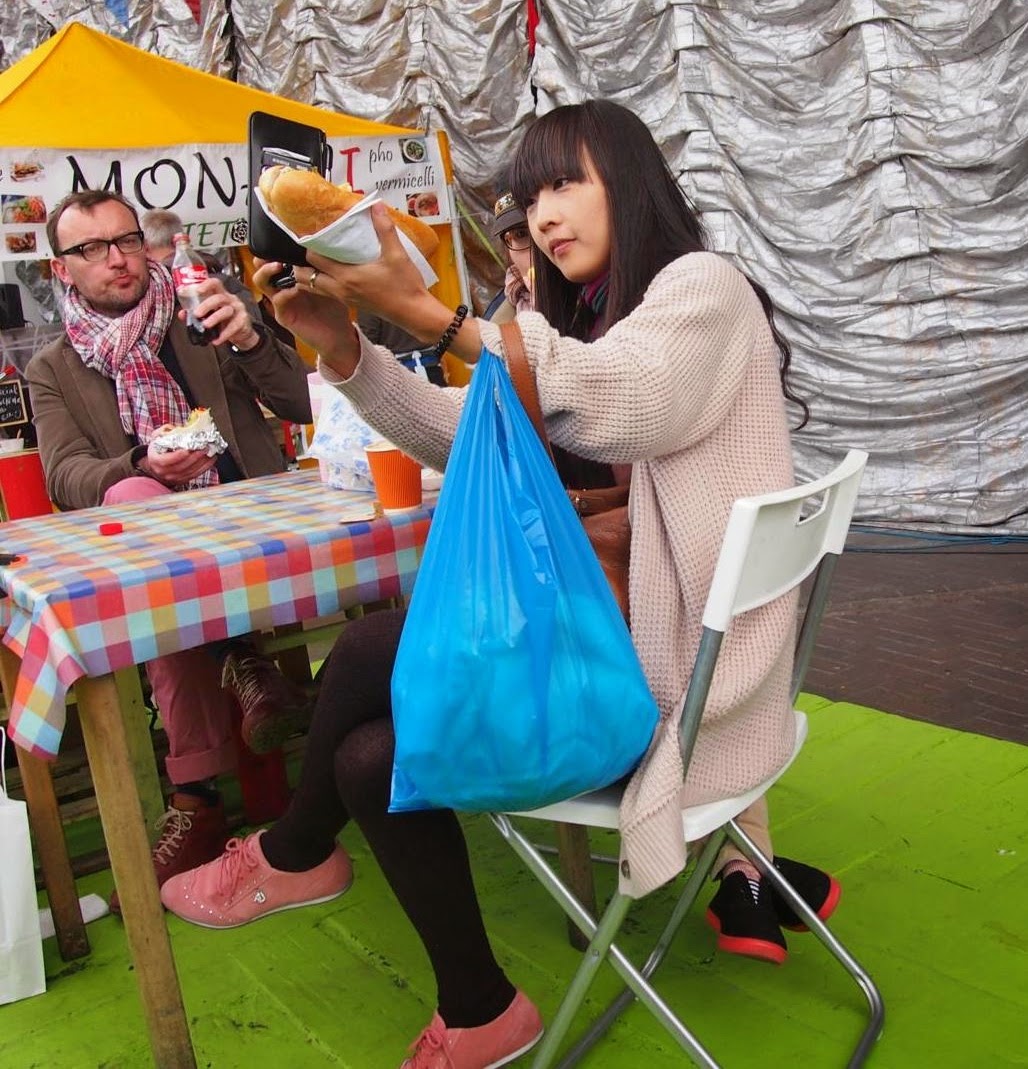 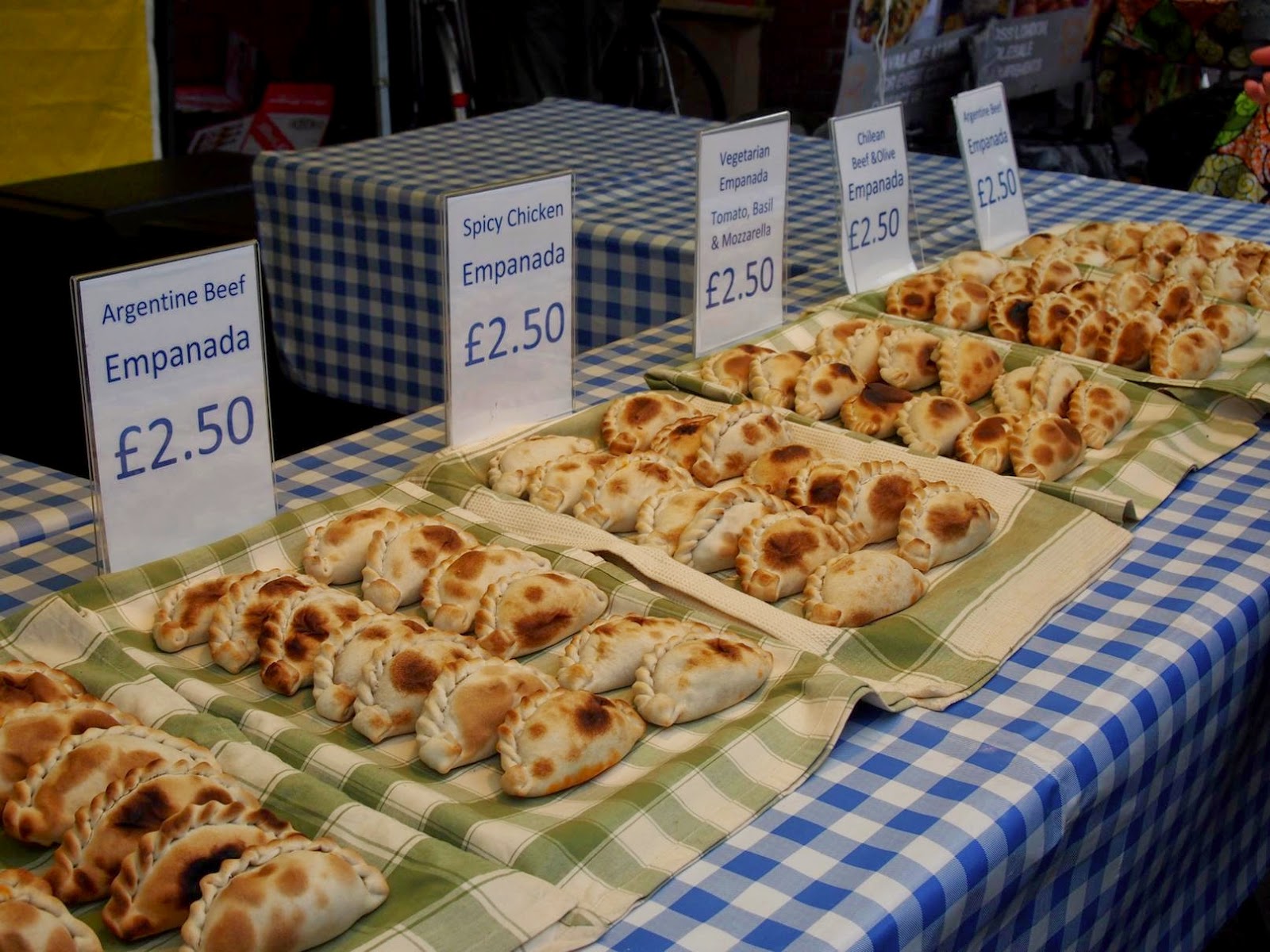 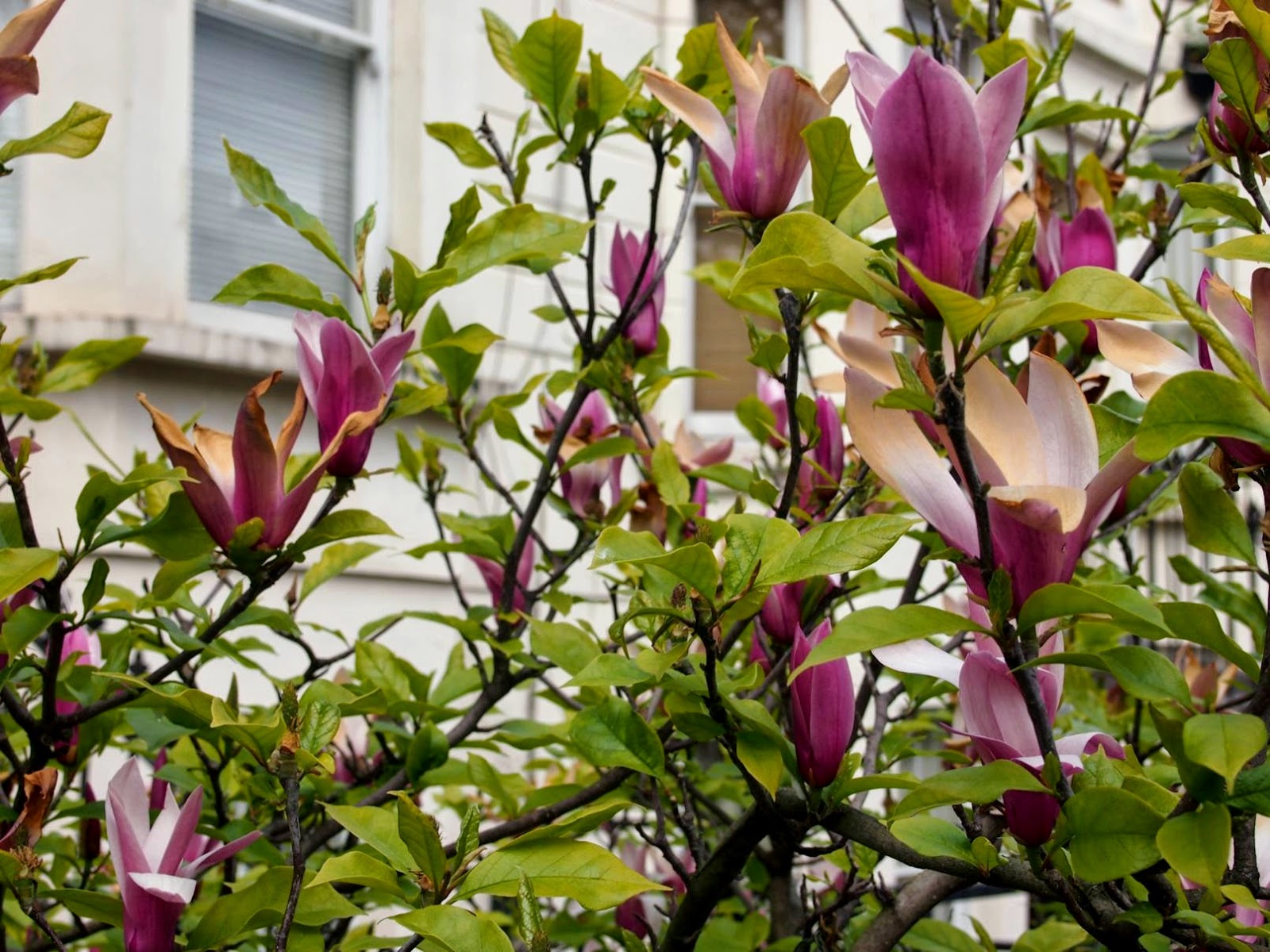 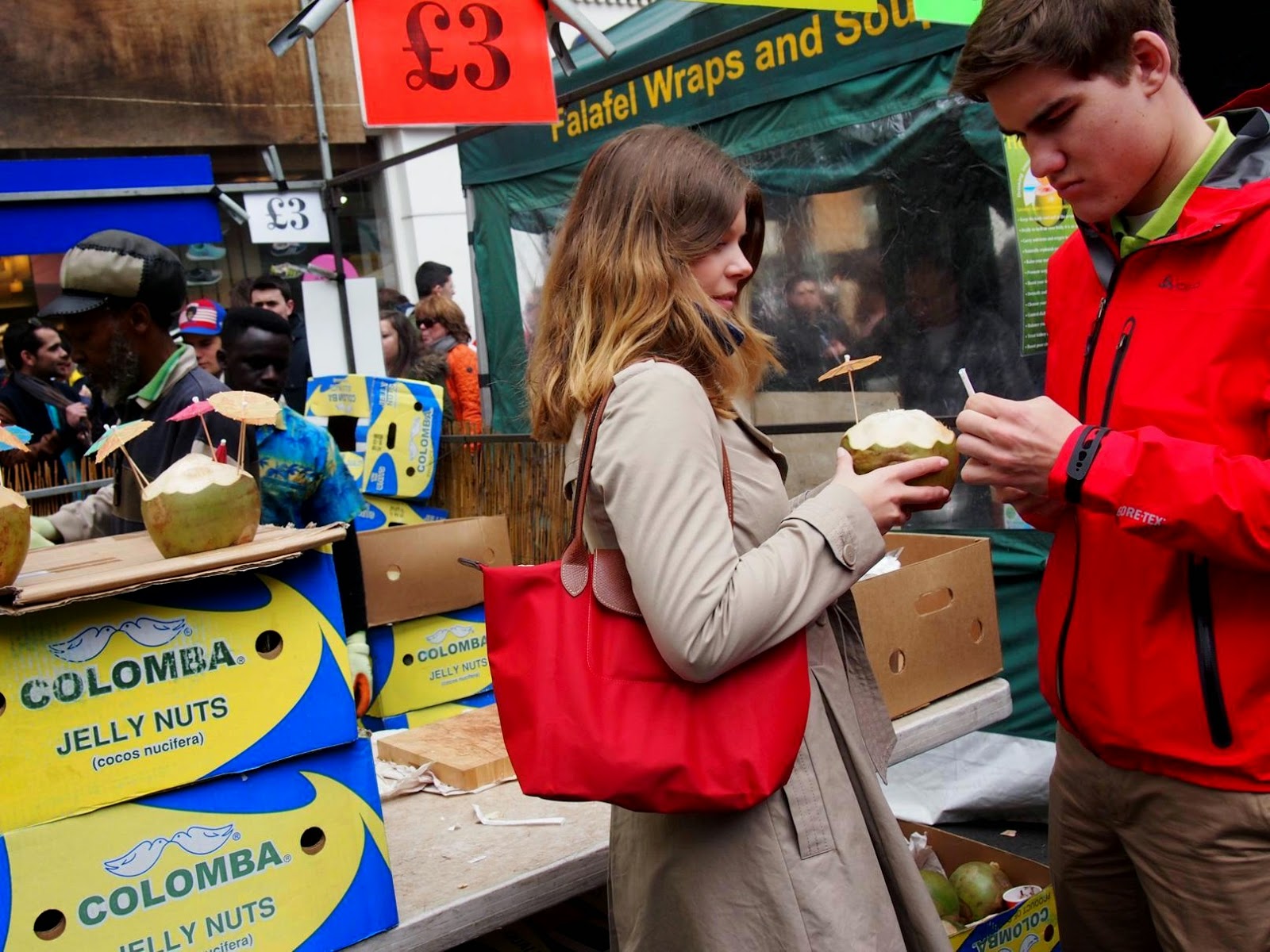 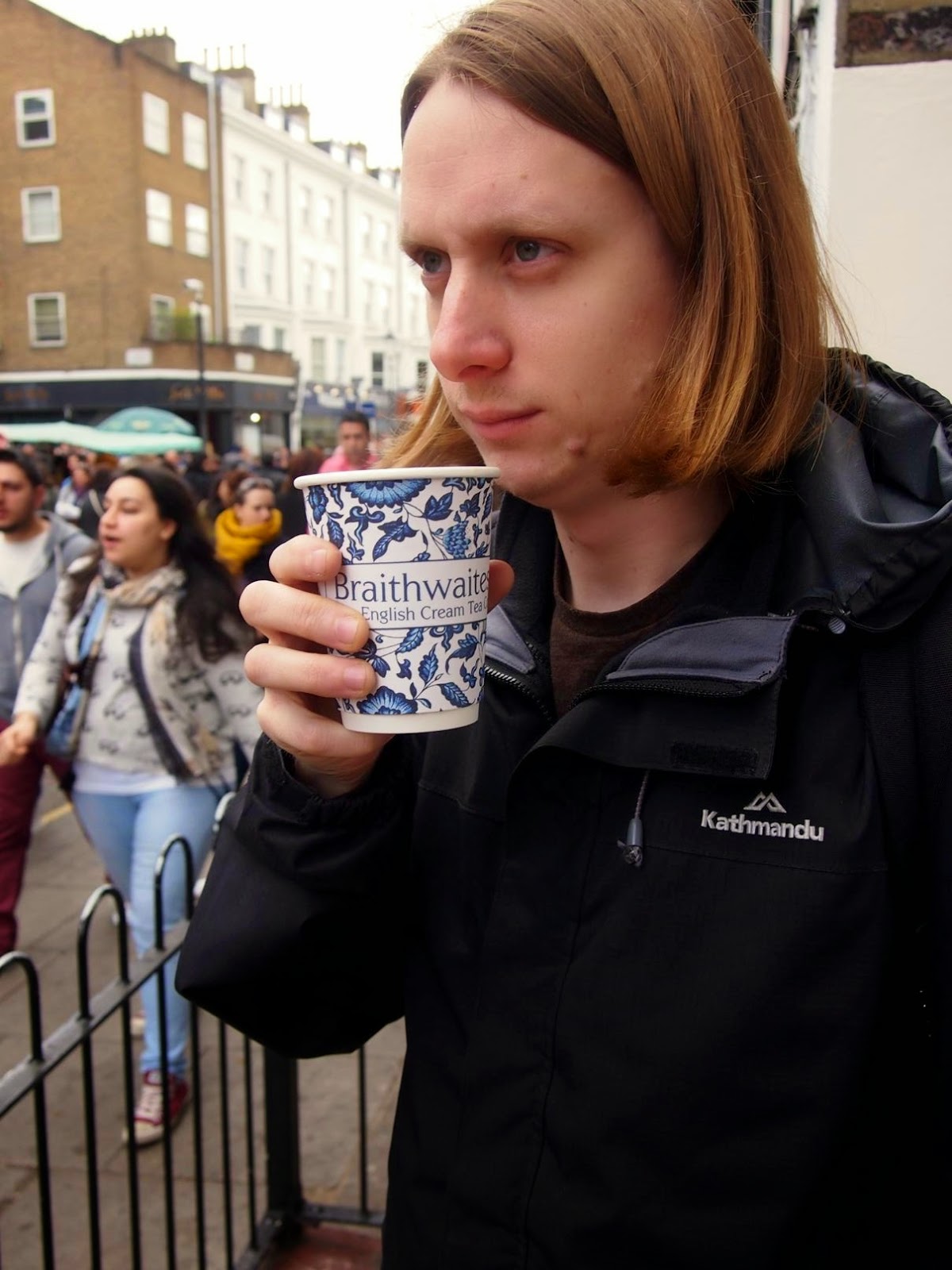 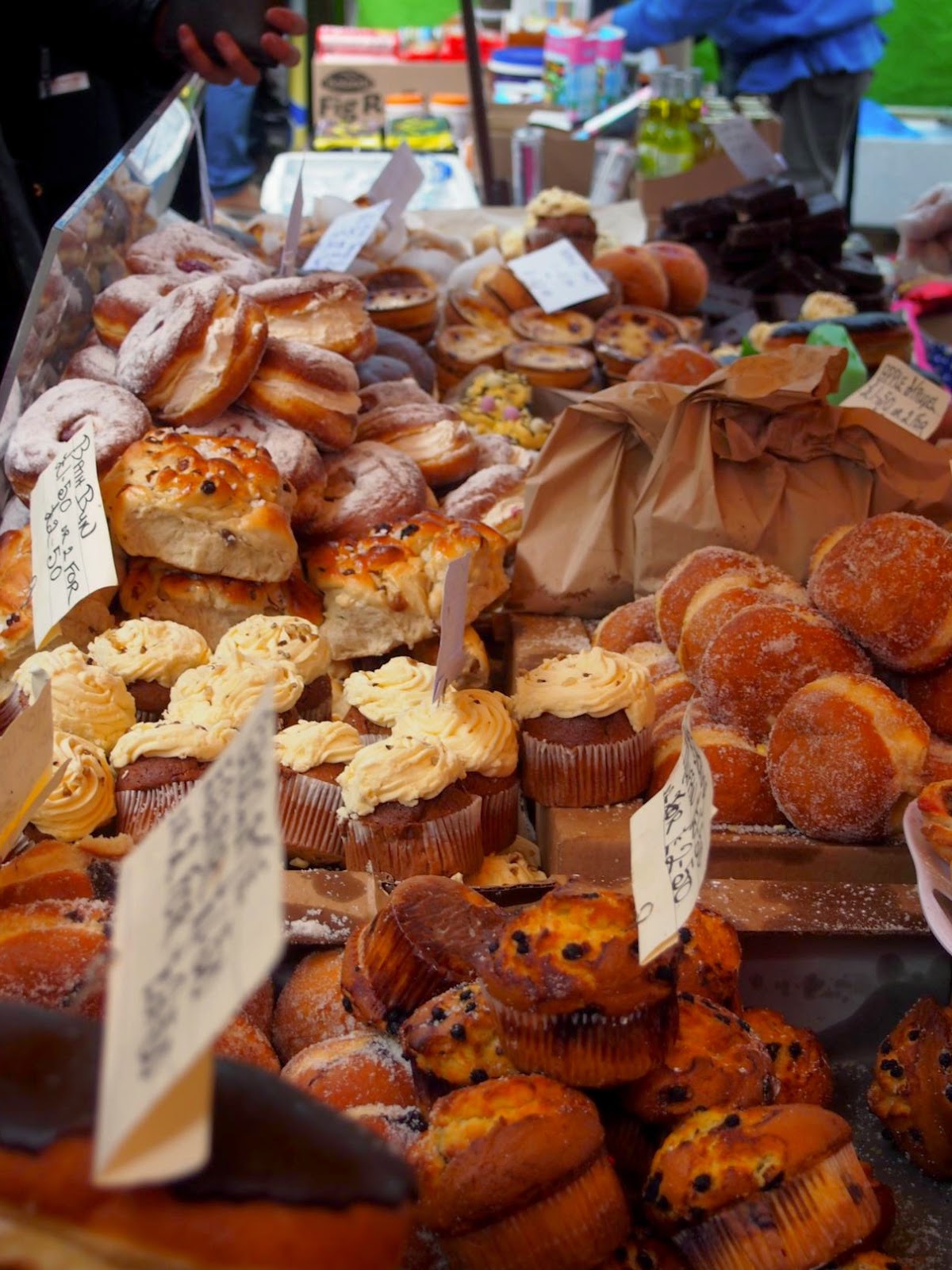 We wandered back downhill into the more antique-y section of the market, but it wasn’t so much to my taste, and the whole thing was a bit overpopulated…. 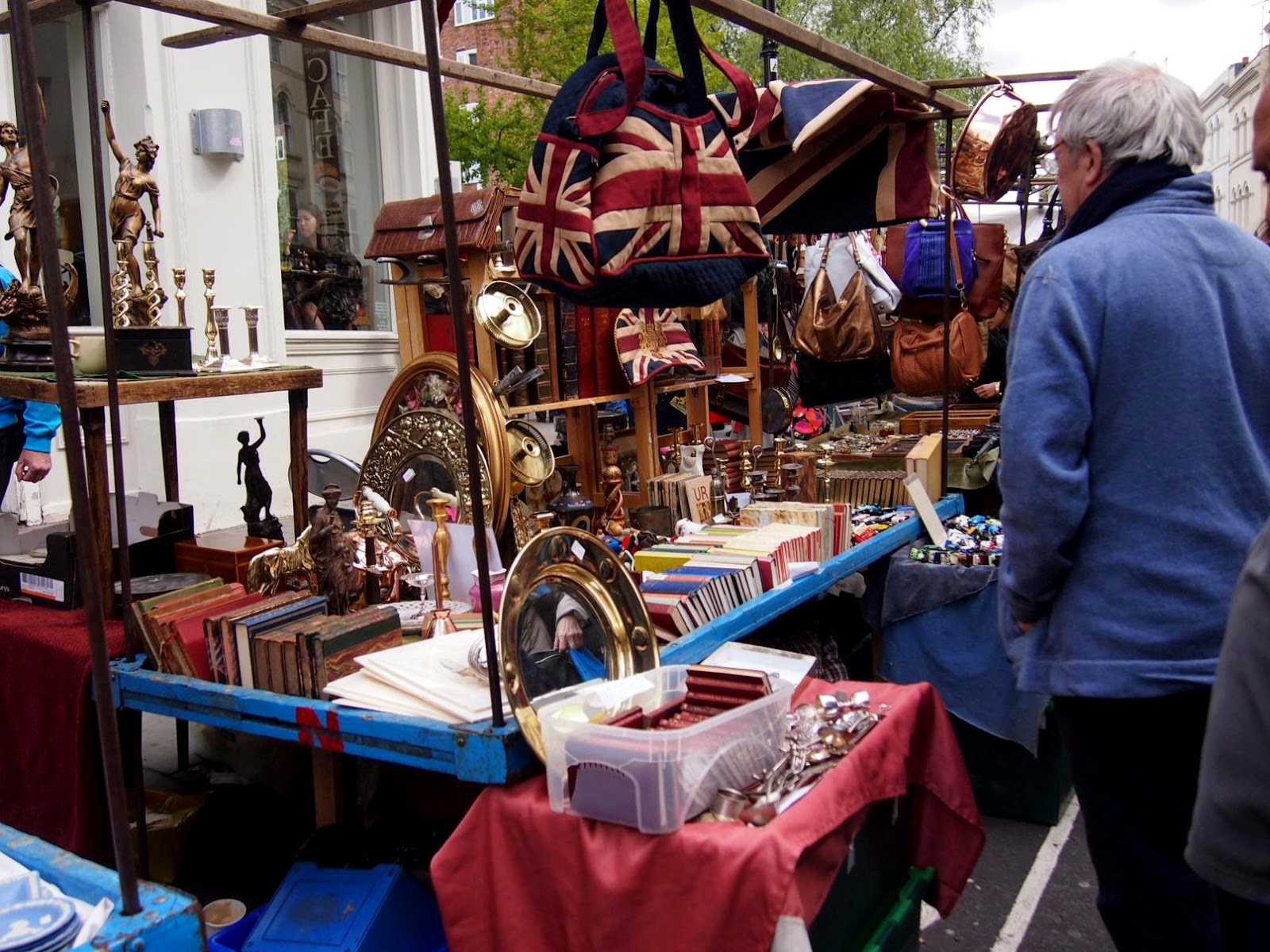 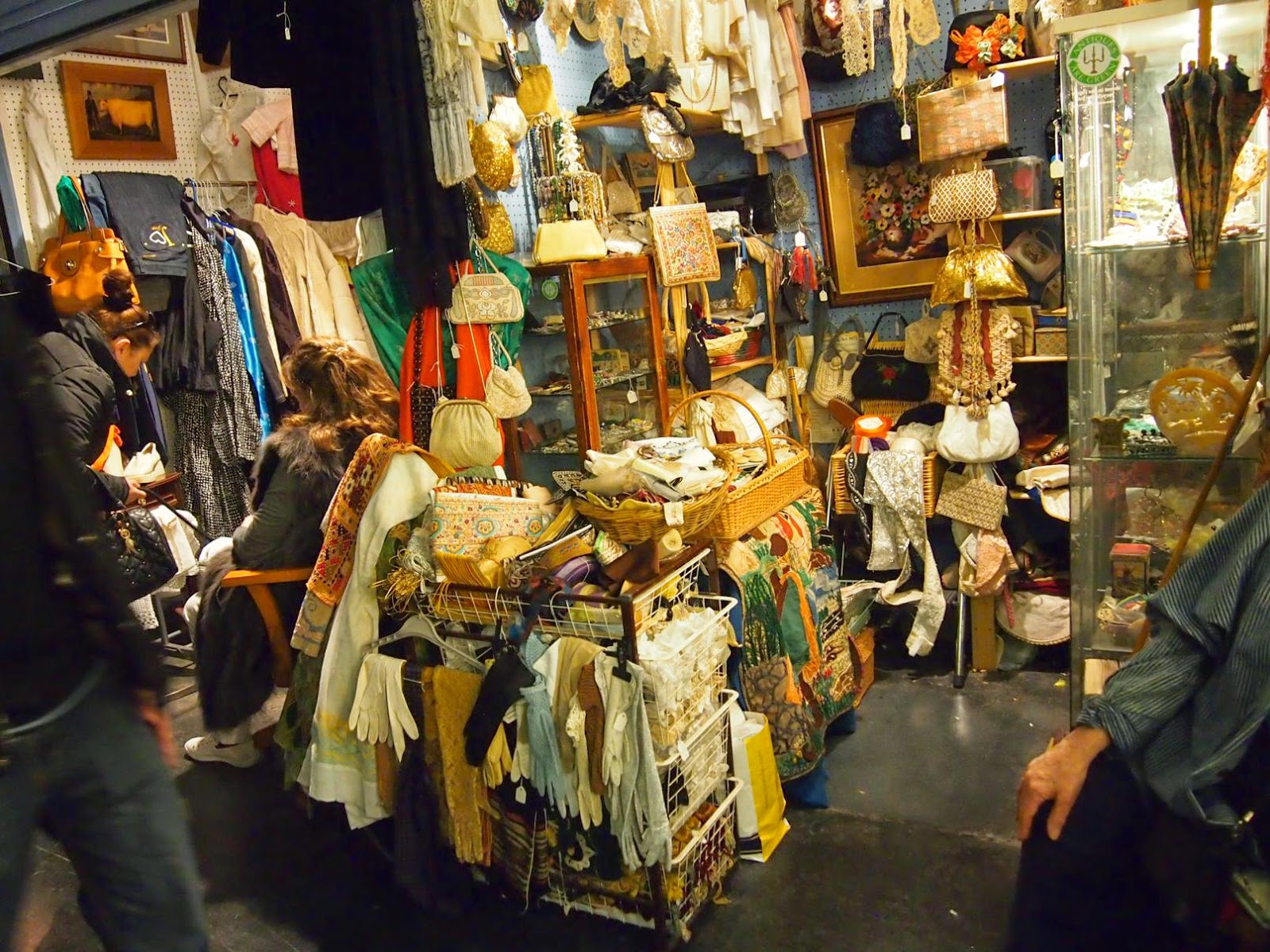 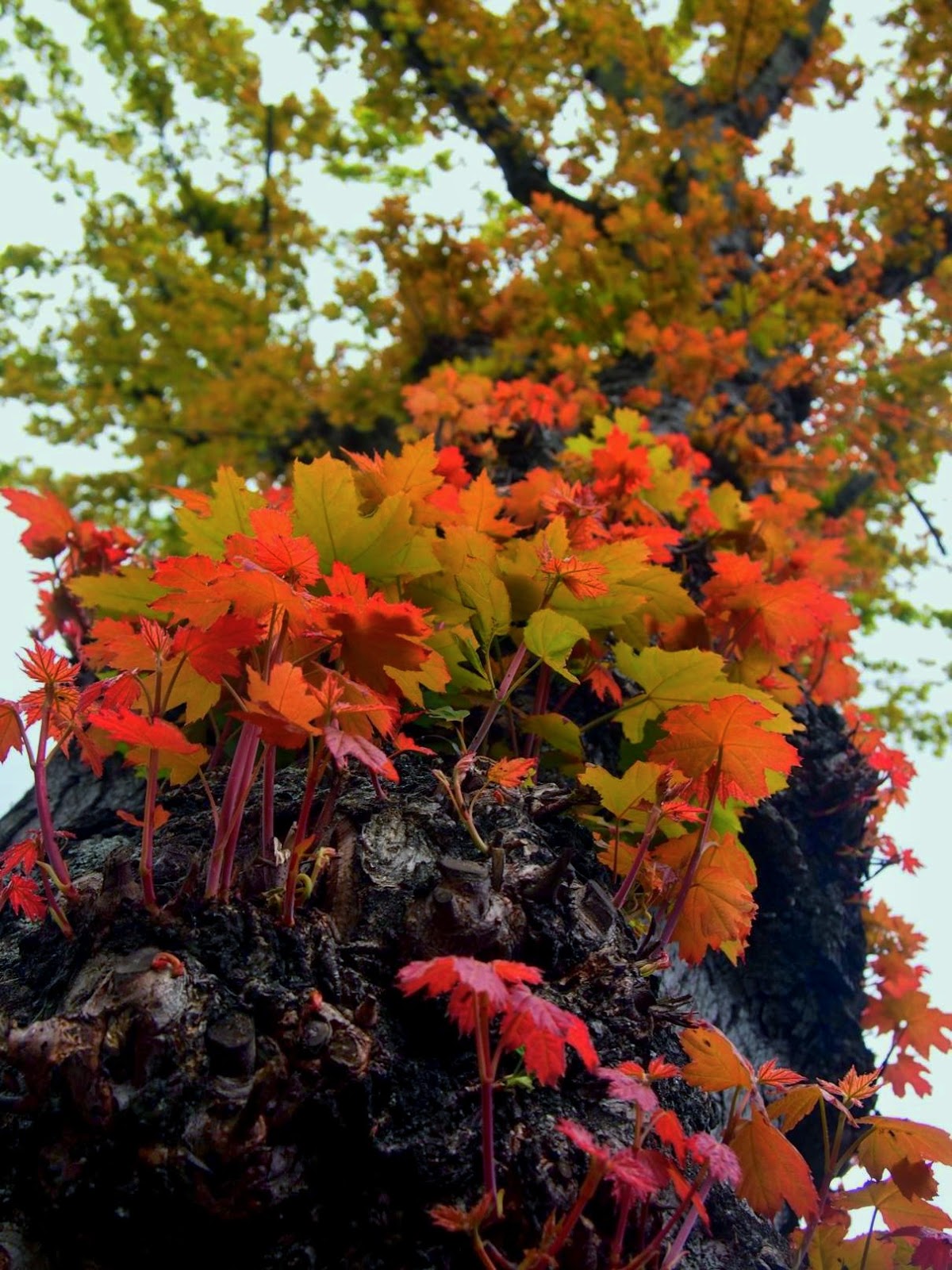 …So we decided to continue our wanderings elsewhere. 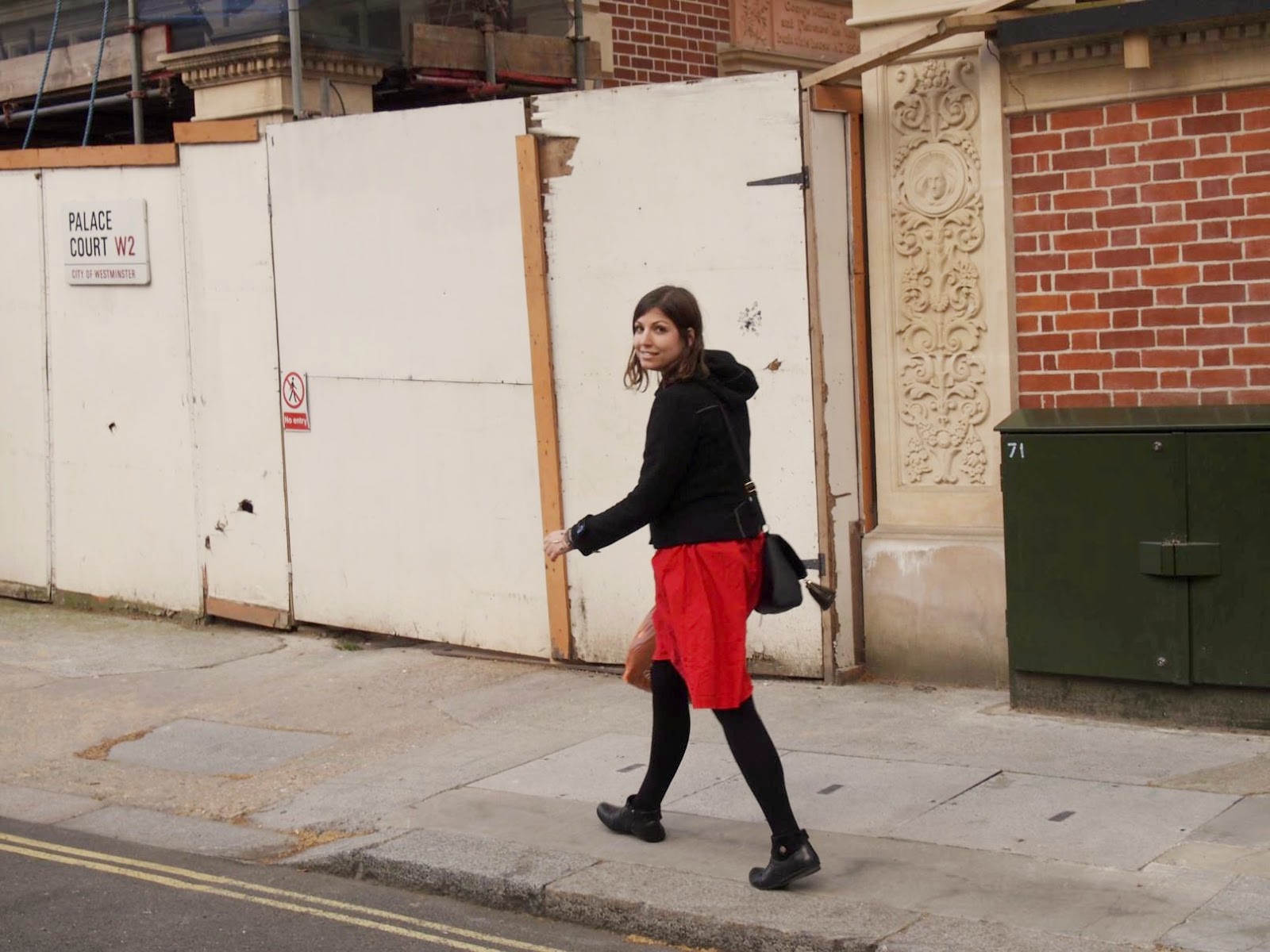 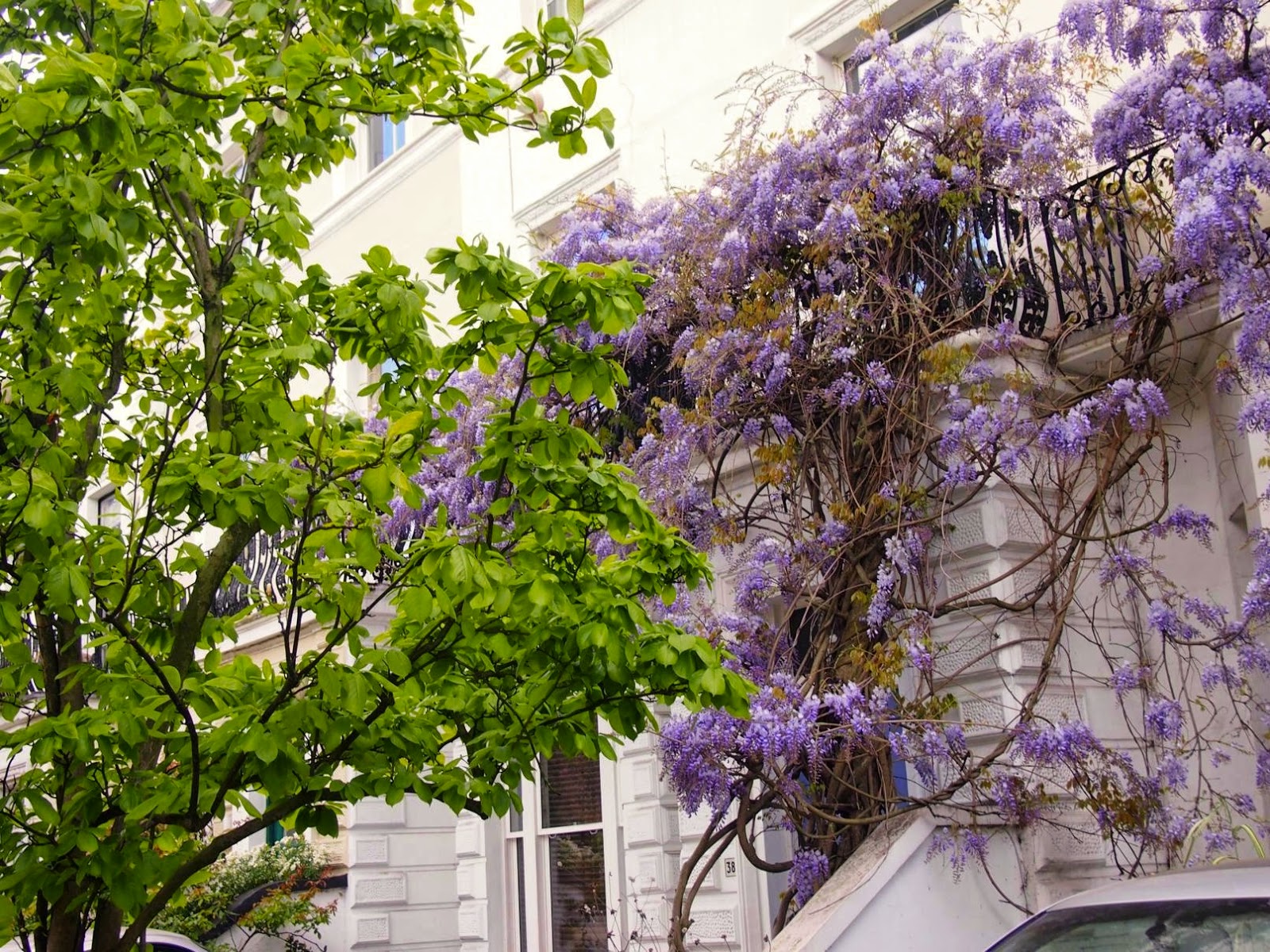 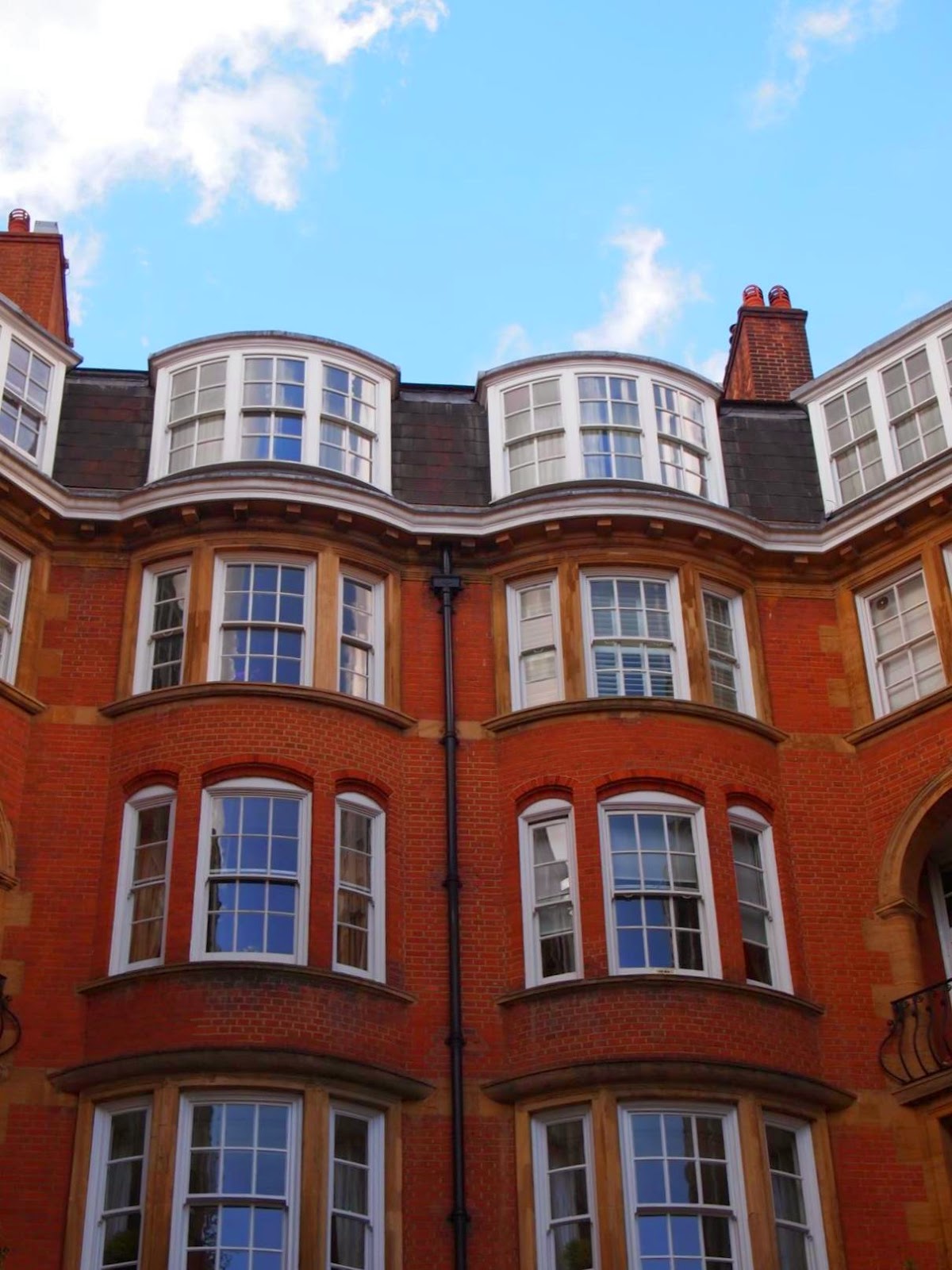 We almost all of the day outside, which was pretty lovely- just generally wandering around the Portabello area.

And that evening, we headed to Byron Burger for dinner. 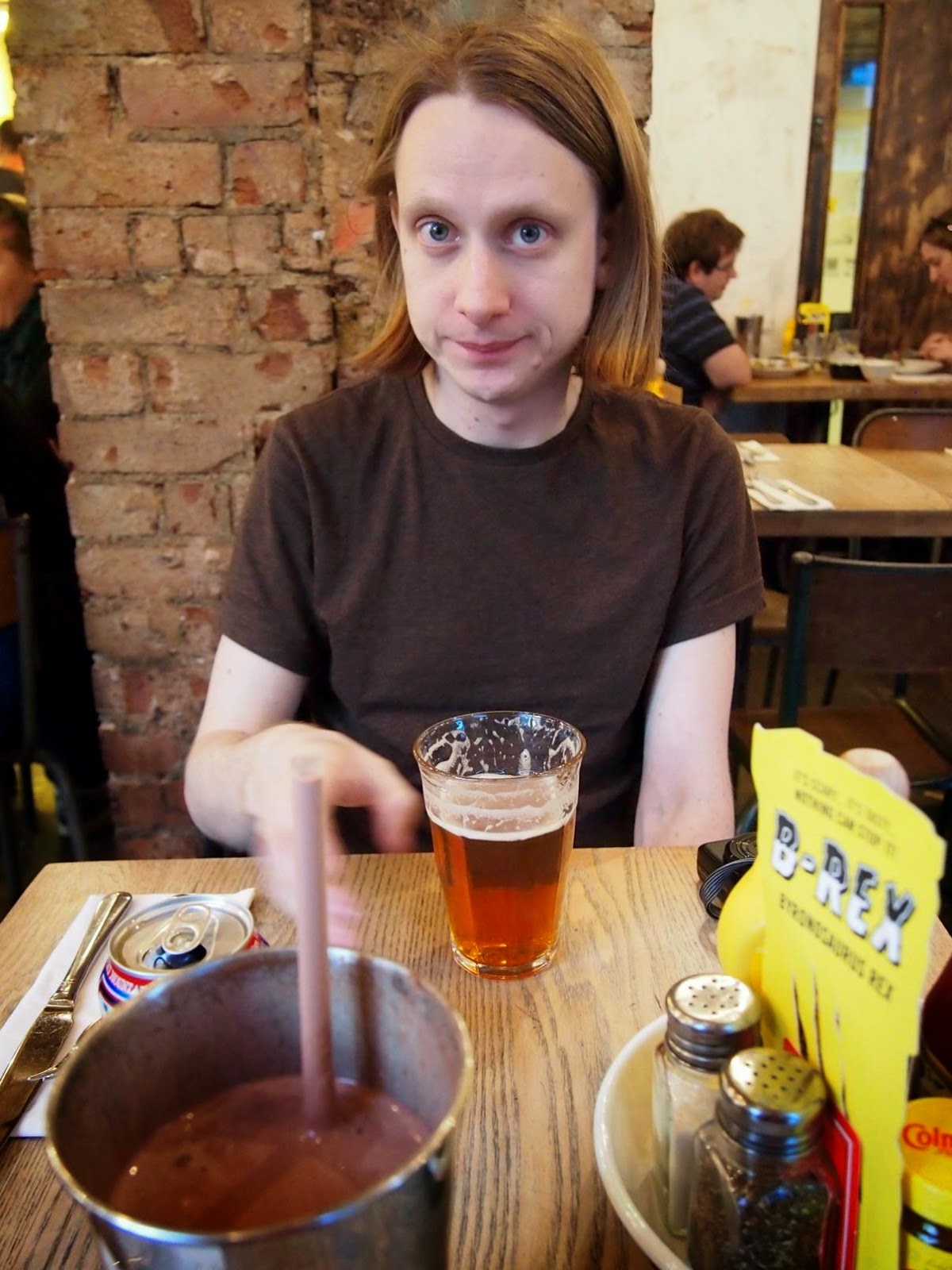 We’d been recommended the place by a friend, but were generally a bit underwhelmed by the burger experience. The malty chocolate milkshake (which you can see in the foreground above) was pretty good, but probably only required in about 1/8th of the volume provided (or after 10 days fasting).

The chips were ok in taste, but lacking in texture- more of a baked potato than fried.

And the burger was only ok. Again with the bread being too fluffy, again with the beef being not punchy enough (oh fresh aussie cow, how I pine for you!), and now with the blue-cheese lacking the desired punch. 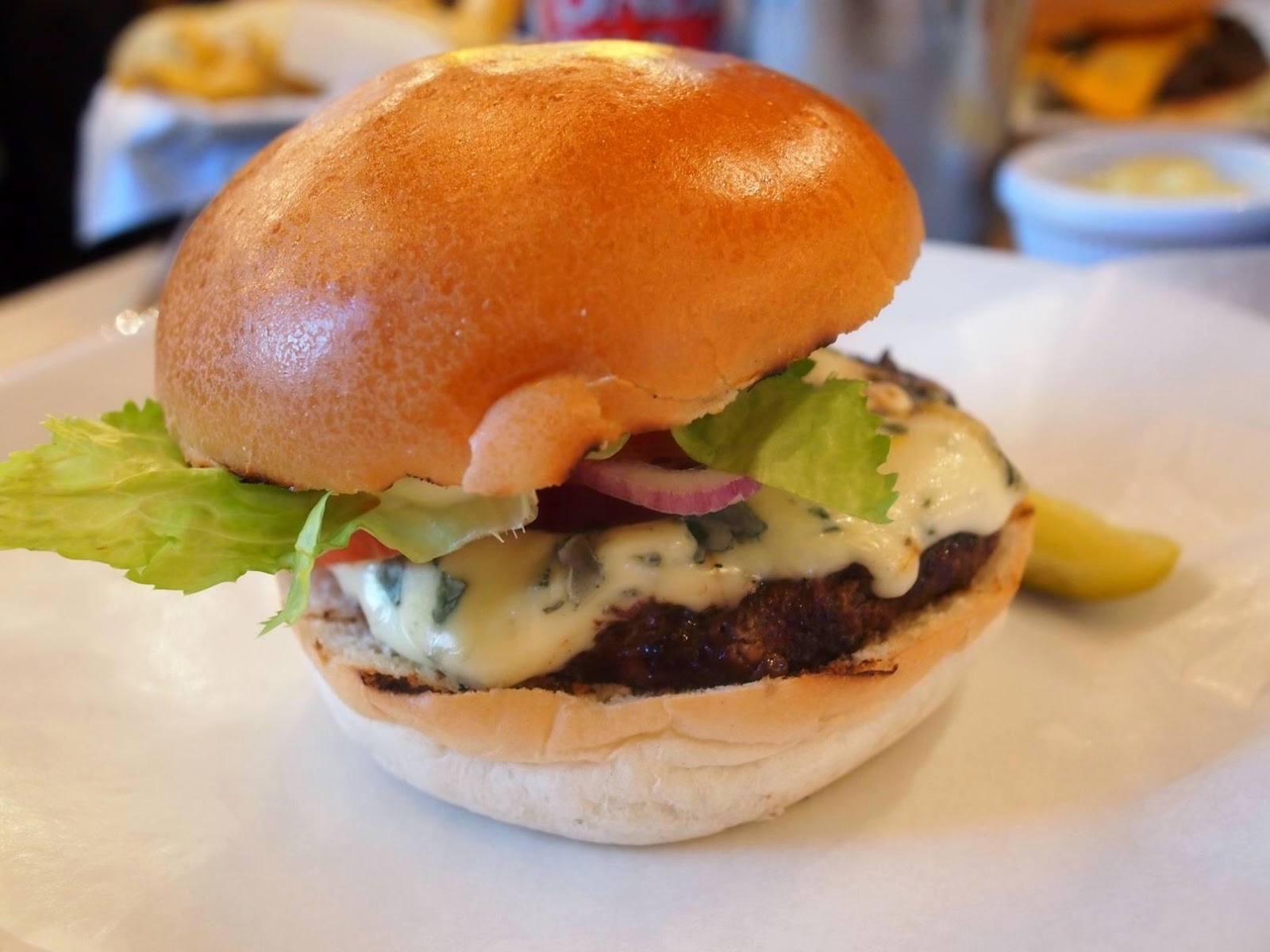