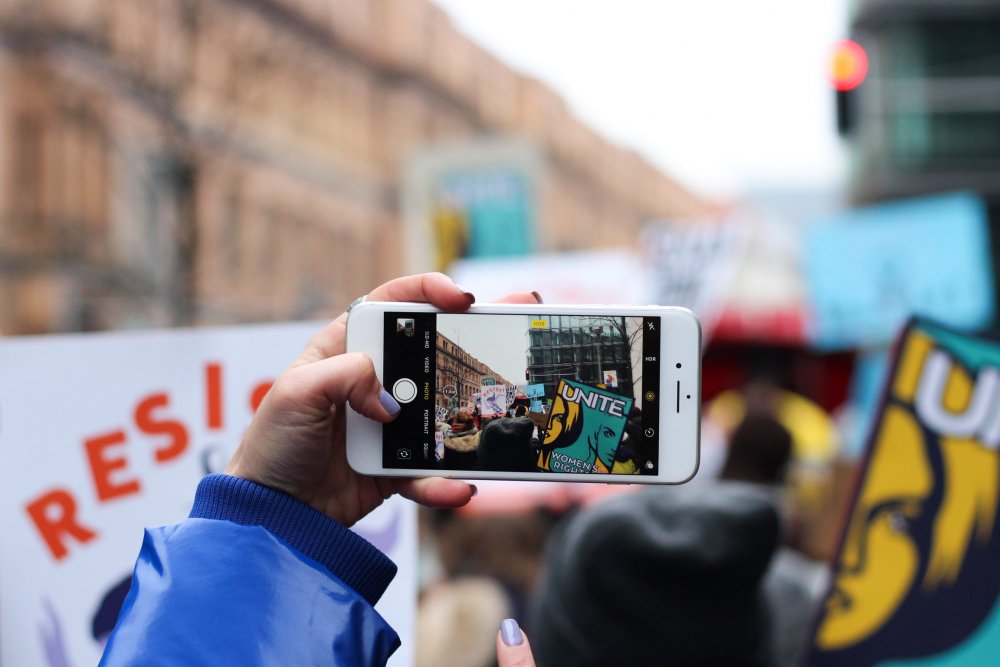 I’m not a Feminist, but… A couple of Sundays ago, we dragged ourselves out of bed and into the cold grey of Berlin to attend the Women’s March. If I’m honest, it was cold (my feet froze up immediately), and kind of bleak in the city. And if I’m probably-more-honest-than-you-want-me-to-be, I also felt crappy due to a mild but persistent UTI.

But hey, what’s more Woman than that?

Still, Andy and I want to be more supportive of the causes we believe in, especially now that we have the means.

So we took to the streets. My parent’s raised my sister and I as feminists, but it’s something that’s taken a stronger hold over me throughout the past few years.

The Harvey Weinstein et al. stuff last year hit me hard. People’s reactions, mostly the question ‘how did this happen’ and ‘who knew this could happen’ hit me harder. In the wake of all of the recent talk of sexism and sexual harassment, a couple of incidents have been playing over and over in my head. And I want to talk about them.

Late in 2016 I had a conversation, with a man, about a woman who was his friend. The woman complained of sexism, when trying to interact with a salesman. She was somewhat an expert in the field of sale herself, but it is a field in which men generally dominate.

The man told me that the problem wasn’t gender, but personality. The woman was too polite, too meek, and didn’t demand respect.

It made my blood boil. How dare he not believe a woman’s story about sexism when he wasn’t there and has never been in that situation.  And here, she thought he was his ally, and he tried to explain away her lived experiences- told her she was wrong. And even ignoring that- even if he was right. How could he not see that that meekness is not just a learned trait in women, it is an enforced trait. It’s a survival trait.

Assertive women get silenced. Get called bitches. Or get hurt.

I wasn’t convincing. Probably because I ruined my point by getting angry. I’m struggling a lot right now with over-engagement.

So here’s a story about being meek, about solidarity, and about #notallmen. I’m 28 years old. About 6 months after the conversation about sexism, in the height of Berlin Summer, I visited a lake with Andy and a new friend. As Andy and the friend sat far back from the water, talking, I went down to a rock wall on the water’s edge, and sat with my feet in the water, contemplating whether or not I wanted to go for a swim.

At which point, a random man chose to pour water from an empty beer bottle over my head.

So my first point is- in case you didn’t know yet- it’s never ok to interfere with a woman’s (or anyone’s) body, unless you have permission. And the problem is not just ‘your hands’- it’s not just about touching- the problem is that you’re interfering with our bodies.

I responded with something like ‘what’s your problem’, and then looked away. He then continued his very special brand of flirting, apologised in the I-still-want-something-from-you way, and asked me where I was from. I ignored him at first, he responded with a ‘why-you-gotta-be-that-way’ persistence and kept asking me questions. Finally, after he deliberately refused to pay attention to multiple non-verbal nos, I looked him in the eyes and said ‘leave me alone’.

‘You shouldn’t say that sort of thing to me, I’m crazy’.

It was a threat, and a nice succinct lesson in why women should be meek. The thing is, I’m pretty sure even now, that I could have stopped him right at the top. I could have smiled, backed away, and politely used those words that we always use:

I’ll admit, that I made a deliberate choice not to do that. The fun of the lake saga doesn’t end there. The man spent the next 15 minutes trying to get my attention and splash water on me by jumping into the lake, screaming out. I sat, glued to the wall at the edge of the lake, deliberately ignoring him, but too scared to go in the water, in case he grabbed me. But also too stubborn to concede defeat and leave. At one point, I eventually got up, and went back to Andy and our friend. I’m not sure exactly why, but he followed me, and kept harassing me. I’m sure that at this point I told him, likely less politely now, to get lost. He upped the abuse. I was scared, and Andy and the friend were both confused, scared, and unsure of how to intervene (they did try). He didn’t let up, so I took out my phone and pretended to video record him.

He went from intimidating to aggressive. He spat on me, twice, and when I wouldn’t back away, he swung his beer-bottle through the air, stopping just short of my face. I flinched.

He didn’t hit me, but he wanted to show me that he was in charge, and that I should be afraid. Eventually his friends came and pulled him away.

Although he had left, I was too scared to go in the water, so Adelin/e, our friend, suggested we move down the lake a bit. As we entered the water at our new location, another adult male splashed me with water. When I screamed ‘what is your problem’ at him in German, he at least had the decency to look sheepish and apologise. I know that not all men are aggressive. This was a situation with one man, who was probably legitimately crazy. (And another man who has somehow managed to make it to his 20s without considering that women’s bodies are their own).

But everyone else doesn’t just automatically get let off the hook because of that fact.

That one day at the lake, from where I stood, getting spat on, I was surrounded by a lot of other, ‘good guys’. The crazy man was larger than me, and meant me harm. And yet until the very last minute, when his own friends pulled him away, all the other men and women looked away.

In the end, it’s really those other guys I’m most scared of. Because there’s probably always going to be a few ‘Weinsteins’ in society, but they only have power if everyone else lets them.

When I tell my male friends about this (and other incidents, which are all much tamer), they seem surprised. The women? Mostly not so much.

I guess men mostly harass women when other men aren’t around. And maybe men want to believe that sexism and sexual harassment aren’t much of a thing anymore. And maybe women no longer tell the men their stories of harassment. Maybe it’s because they’ve had one too many experience where the told someone, and that person didn’t believe them. I was going to end with the ‘granddaughters of the witches’ sign, because it was my favourite of the day. But I thought of something better. Generally, things like marches make me nervous, because I had crowds, I hate that hive-mentality (especially when there is chanting involved!), and I hate the fact that there’s always a few people there who are marching for a slightly different cause.

But there’s also sometimes people marching to further and deepen the cause, in really positive ways. Which is something I’m trying to work on myself right now: