In an attempt to snuffle out that rare and valuable thing in this city: a good Asian restaurant, Jerry from work has been organising for the past couple of years ‘group hits’ on promising-sounding locales. The idea being that if you have 10 or 20 people choosing one or two dishes each, you can cover a large portion of the menu, and thus fairly conclusively decide the value of the place, with a single visit.

This time, the group, including two Australians who have been whining non-stop about missing proper Asian food for the last several months, headed to Ming Dynastie, which is rather promisingly situated right next to the Chinese embassy in the centre of Berlin.
Our party consisted of two Chileans (or one Chilean and one Columbian): 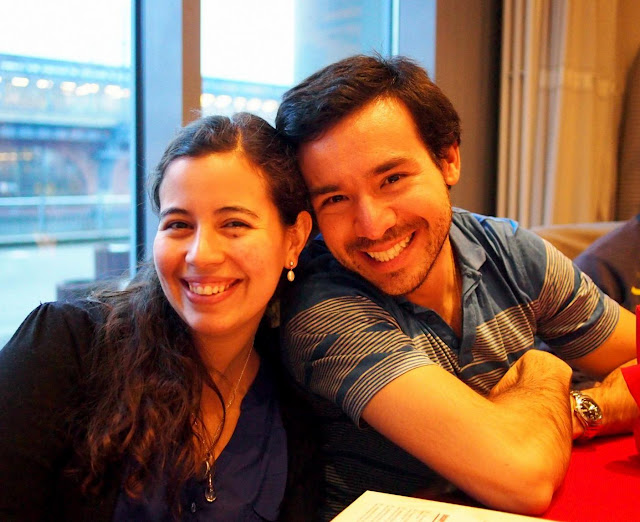 Plus a French man, a German: Another German and another French lady. Plus our Chinese leader: 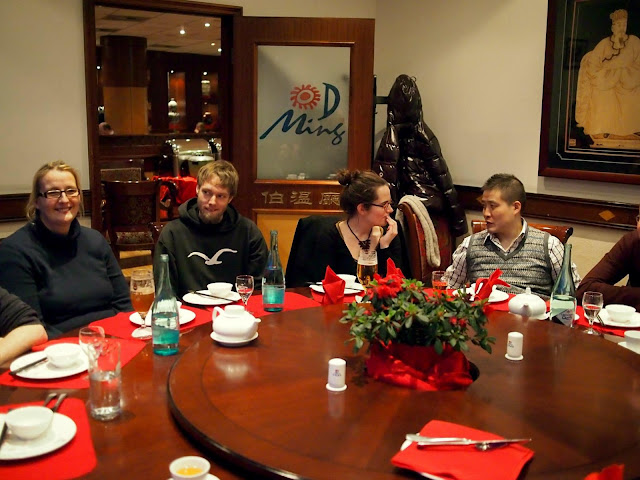 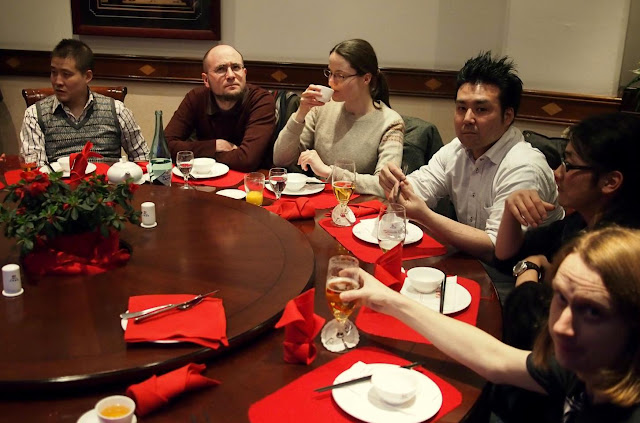 (I should apologise here about the quality of the photos- the settings were totally off and my autofocus was spazzing, but for the most part I was too busy stuffing my face with food to notice at the time).
Anyway, the menu at this place is extensive, with well over a hundred different dishes, including lots of dim-sum delicacies.. I was very happy to be involved in the eating of various sweet and savoury bao, and someone even managed to order those amazing deep fried sesame balls that my sister and I have been addicted to since birth.
Despite all the options, with Jerry’s help, and under the watchful eye of the Emperor, we managed to navigate our way through! 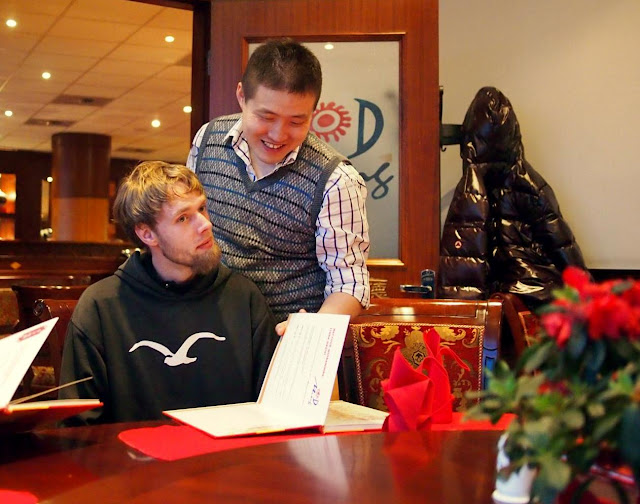 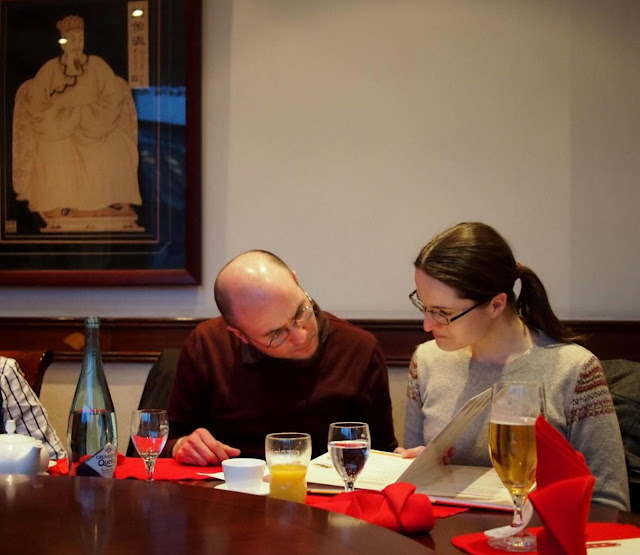 Here are the first two items that arrived. I have to admit that after them it became much more of a scrum, and I had to lay down my camera in order to commit to the ruthless battles for control over the Lazy Susan. 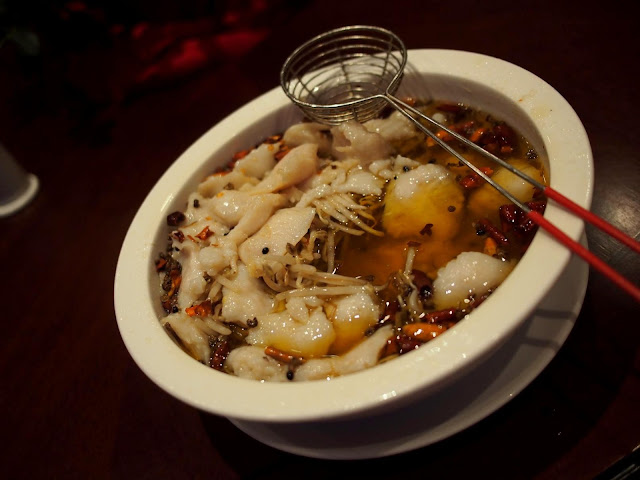 Fish! It’s been a while since I had proper fish. Possibly not at all while I’ve been in Deutschland. This was well cooked, but I think the ‘soupy’ part could have been more heavily flavoured. Also, it was riddled with whole peppercorns. I’m not fond of pepper, and crunching down on a peppercorn is one of my least favourite culinary experiences. However, I’ve noticed that Europeans (?) seem to embrace pepper as a spice, and, much to my disappointment, many of the foods labeled as ‘spicy’ here, are simply ‘peppery’. Interestingly, several of the group found this dish ‘spicy’, although I am pretty sure that no chili had even been waved in its vicinity. 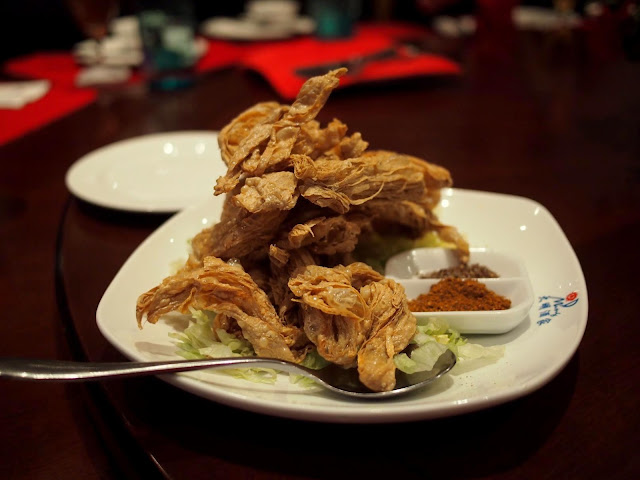 These ones are tofu skins- deep fried. 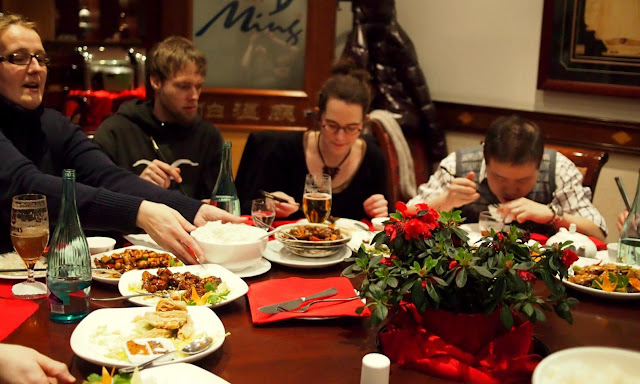 And the scrum begins!
(As an aside- I love this photo, despite how terribly it turned out. I am particularly fond of Dirk’s facial expression- and the fact that he was pulling this face in several of the other photos from the night). 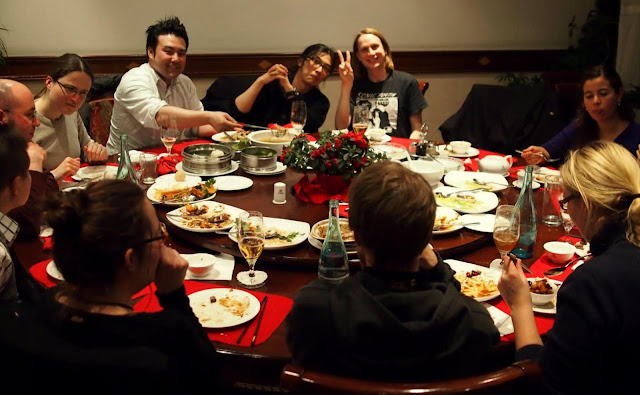 (I am worried about Andy’s attempt to out-Japanaese Hiro here. This could be a slippery slope).
Overall the food was nice, but I think what dominated for me was how enjoyable the whole situation was: there’s not too many things in life that are better than sitting with a group of friends in a private room, listening to looping Chinese elevator music and scoffing your face with a massive assortment and volume of food. 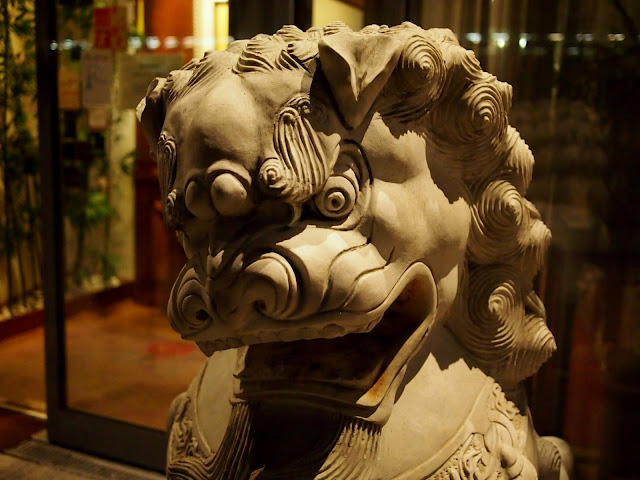 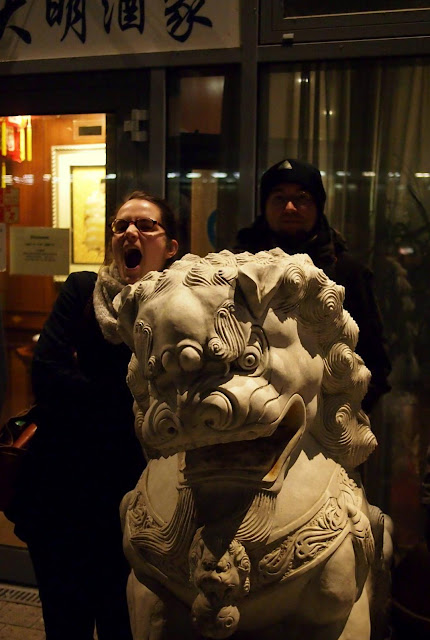 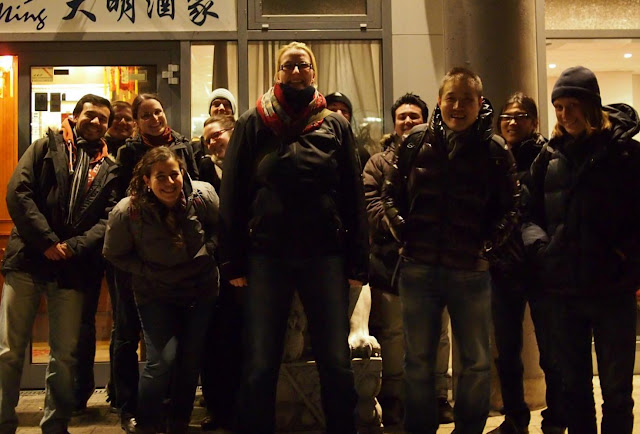 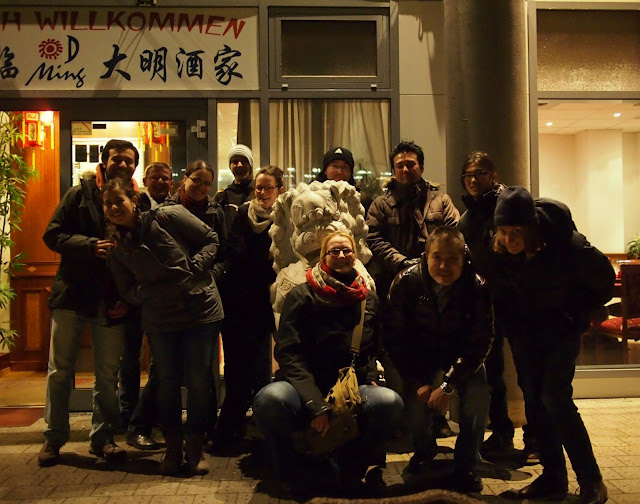