I’m sure you’ve heard me natter on already about how Perth has bluer skies, but Berlin has greener grass (possibly in part because you’re not allowed to walk on it)- and how the Deutsch really revel in the sunshine, unlike us wossy Aussies who are busy slip-slop-slap-wrapping* (slip on a T-shirt, slop= sunscreen, slap=hat, wrap=sunnies) and scuttling around in the shadows to really get our frolic on.

*Side note- I just goggled it and realised that they’ve changed it to slide (instead of wrapping the sunnies on) and seek (for the shade).

Anyway, let’s check out the east of Berlin, and this lovely old couple who seem to be basking: 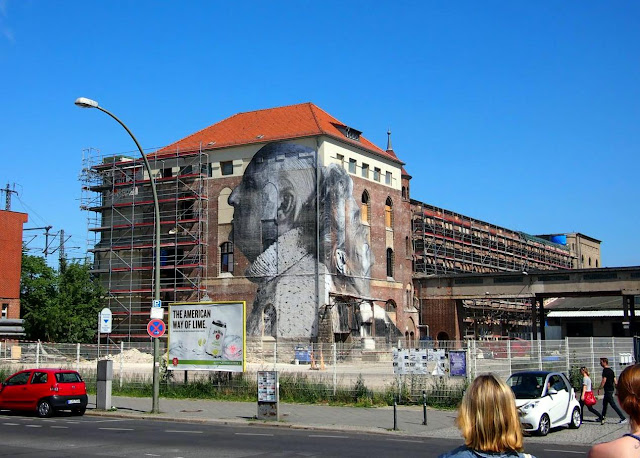 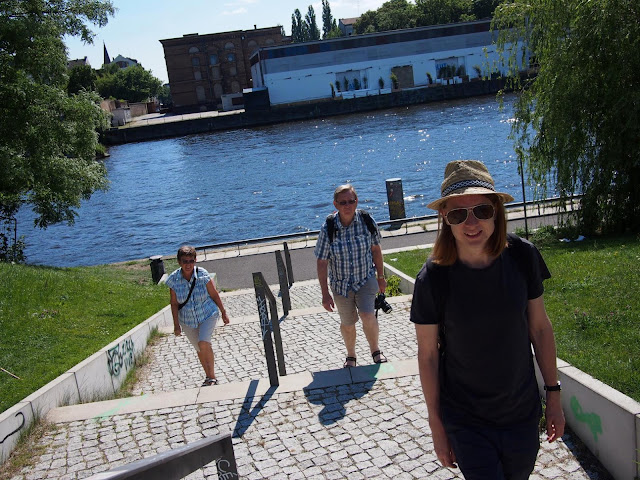 We visited the east side gallery, which has been described by one of my german colleagues as ‘the least impressive tourist destination in Berlin’, but which is so famous that I only realised I hadn’t been in 2009 when I saw the three or four out of the 100 murals which I am not already familiar with from all the postcards in all the tourist shops.

This is one of them. 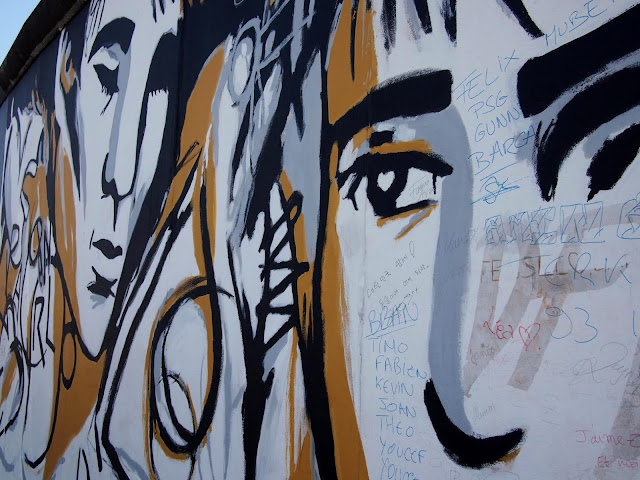 But this, this I’m sure you recognise.

It’s actually sad that everyone feels the need to tag it. Take a photo doufii (plural of doufuses?). 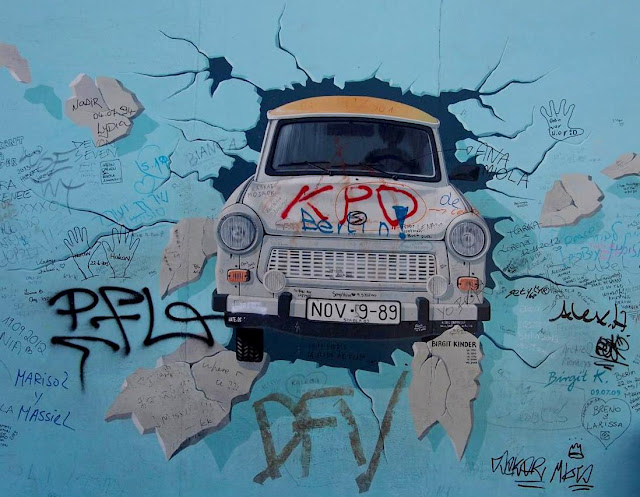 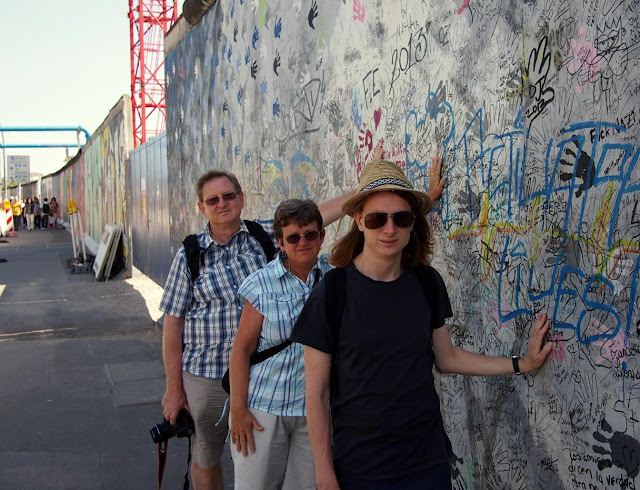 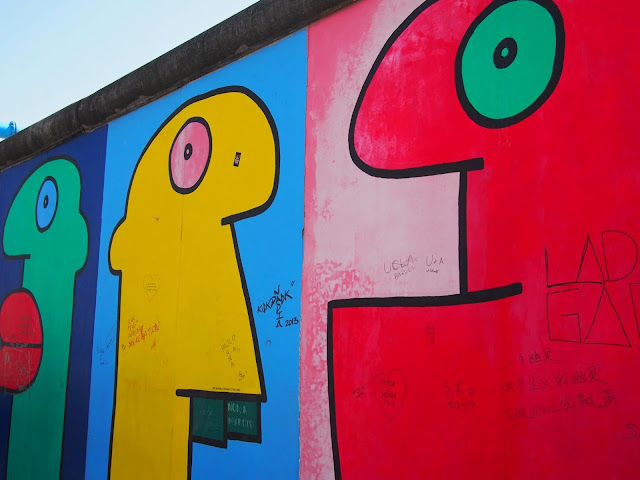 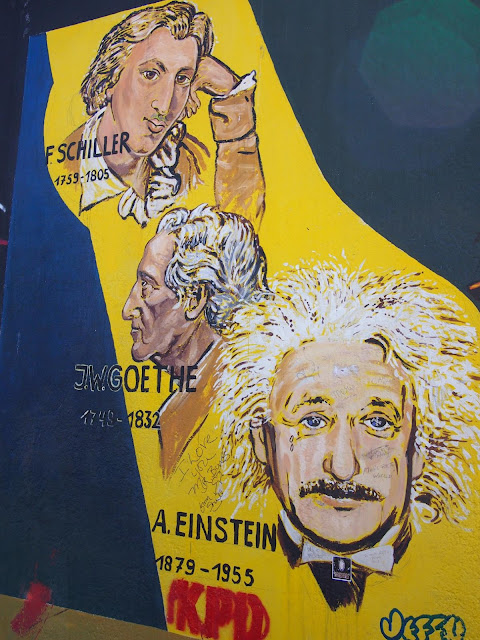 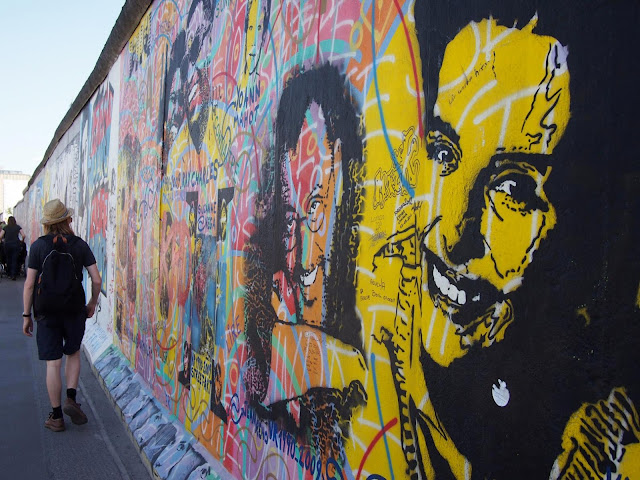 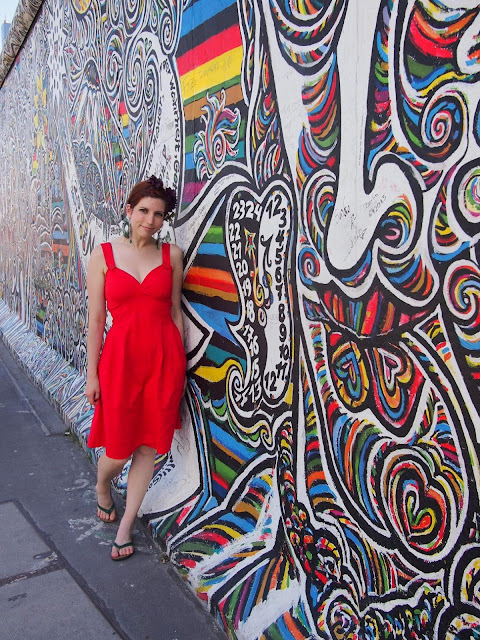 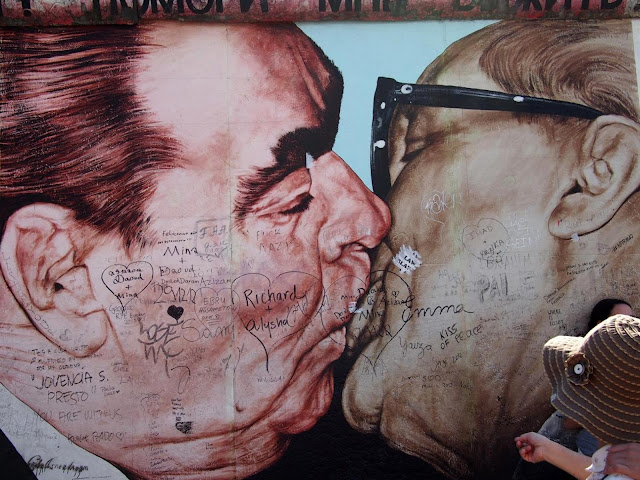 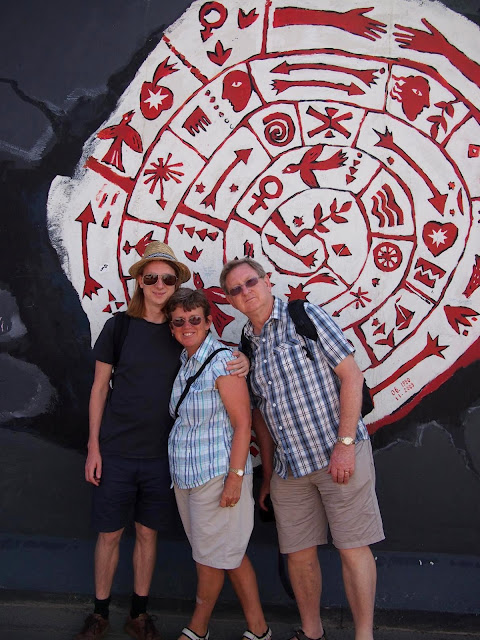 Kind of cool. As I said, shame about the graffiti on top, but if you’re in a touristy mood and, like me, have the snaphappy gene, it’s definitely going to look good on your facebook profile.
Our actual aim in heading to the Great East was to check out a street festival selling art. It turned out to be a bit of a bust- way too many people, and very poncey art, most of it highly derivative and highly priced.
The best thing by far was the long strip of butchers’ paper running down the middle of the road, and that was a little over painted by the time arrived. ﻿ 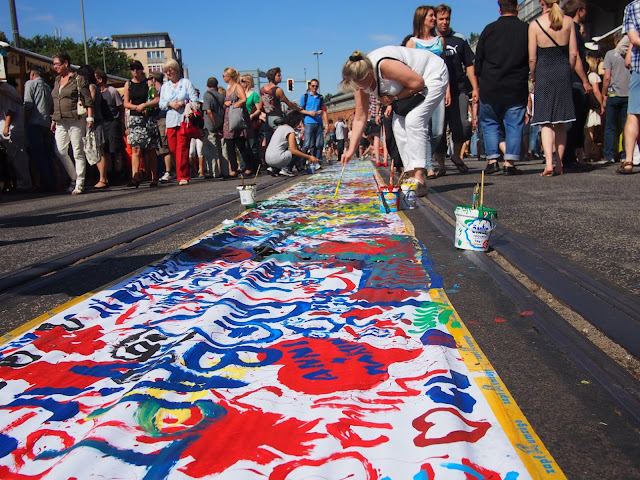 We made up for it by finding German sweets. 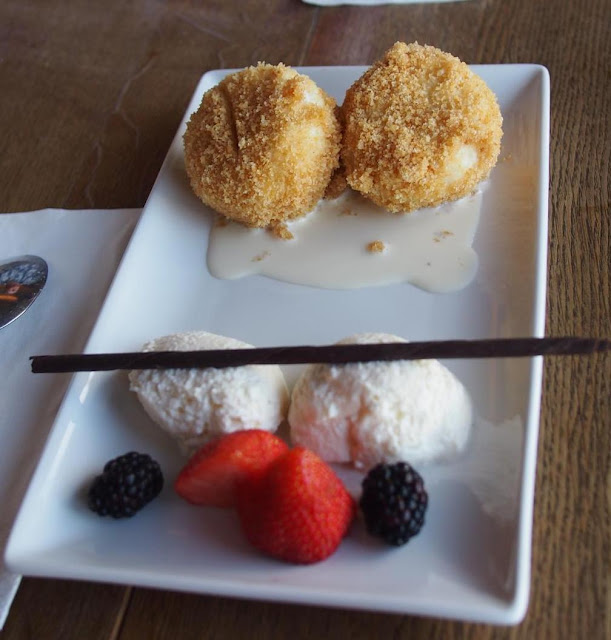 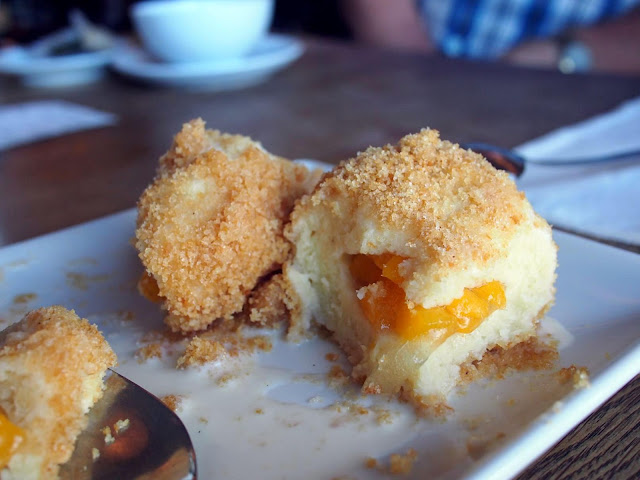 It’s not kartoffel, but I’m going to be honest with you- it might as well be. I know the Deutsch love their carbs, but you need to get some of them from sugar, and not just starch and cellulose my friends. 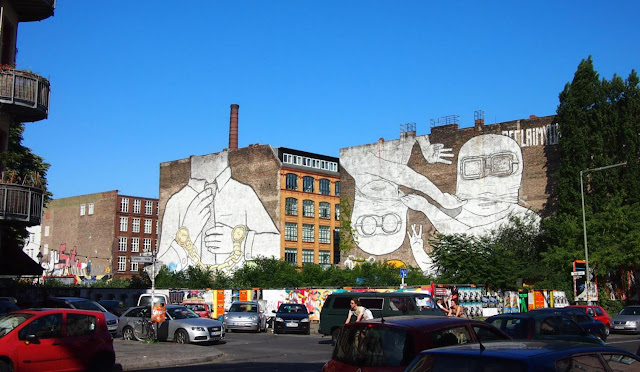 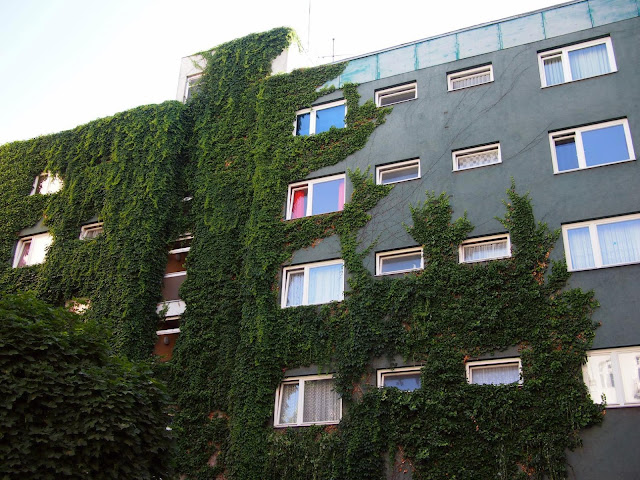 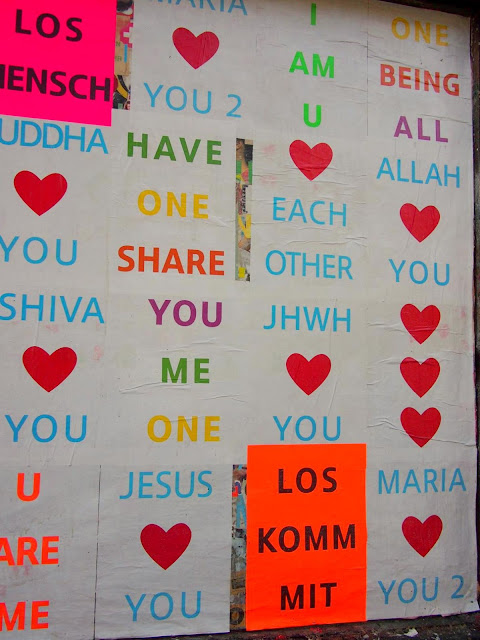 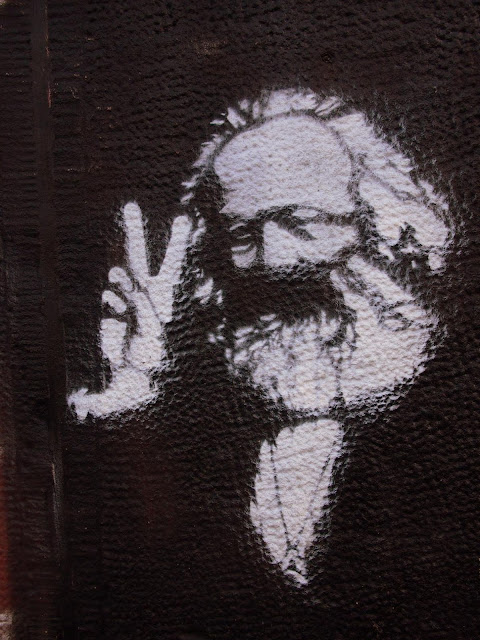 See what I mean about the (subdued in this picture) reveling? Although this situation with the bbq would freak me out in our much-more-flammable homeland. 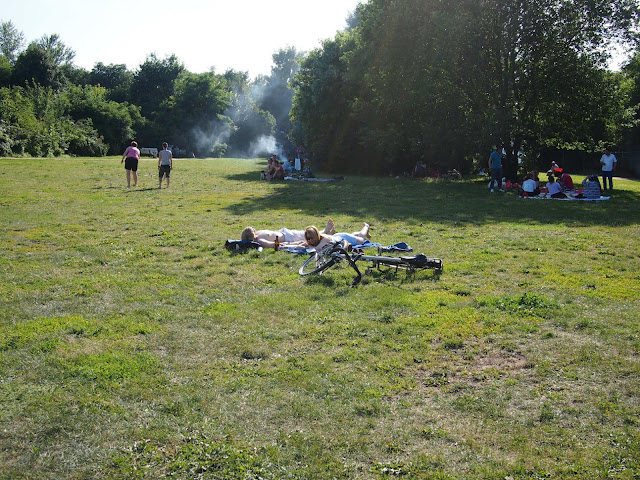 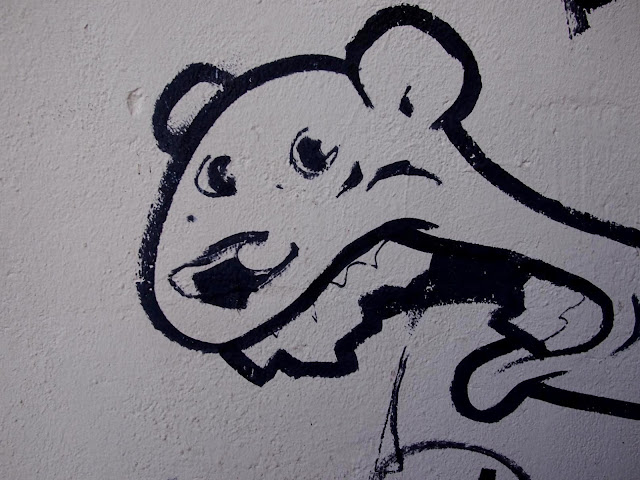 We also took a long walk to the apartment that Andy’s grandfather used to live in back when he was a non-doughnuty Berliner. 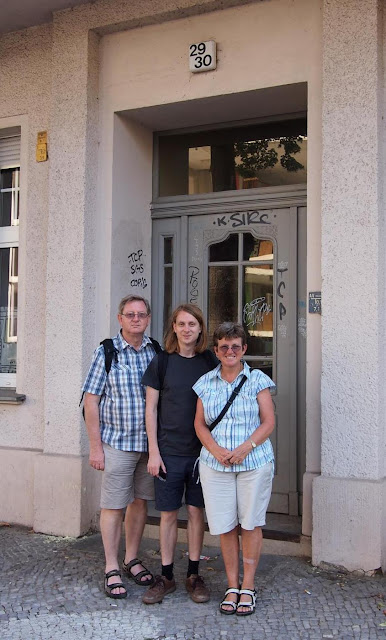 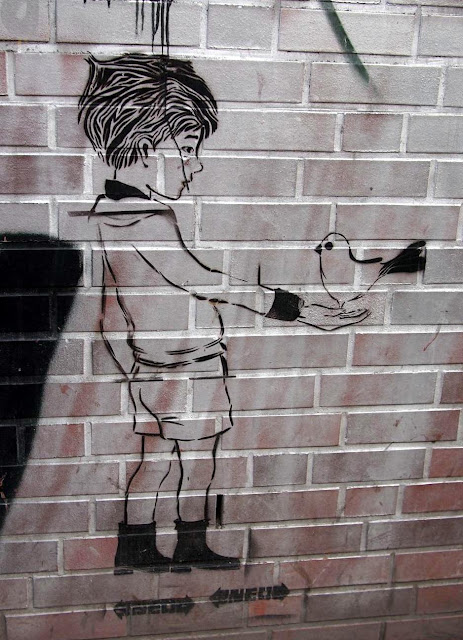