New Year, New Blogging Resolution. We’re 9 days in and it’s not looking great eh? This last week has been filled with the type of exhaustion that can only come from coming back to work after getting a little bit too used to holiday life.

Luckily, we’ve been pleasantly surprised on return to The Deutschland to find that Autumn is lingering (which frankly seems deserved after it stubbornly refused to get into Spring for so long last year), and the weather is hovering at a rather pleasant 10 degrees.

But shall we travel back to Rome anyway? 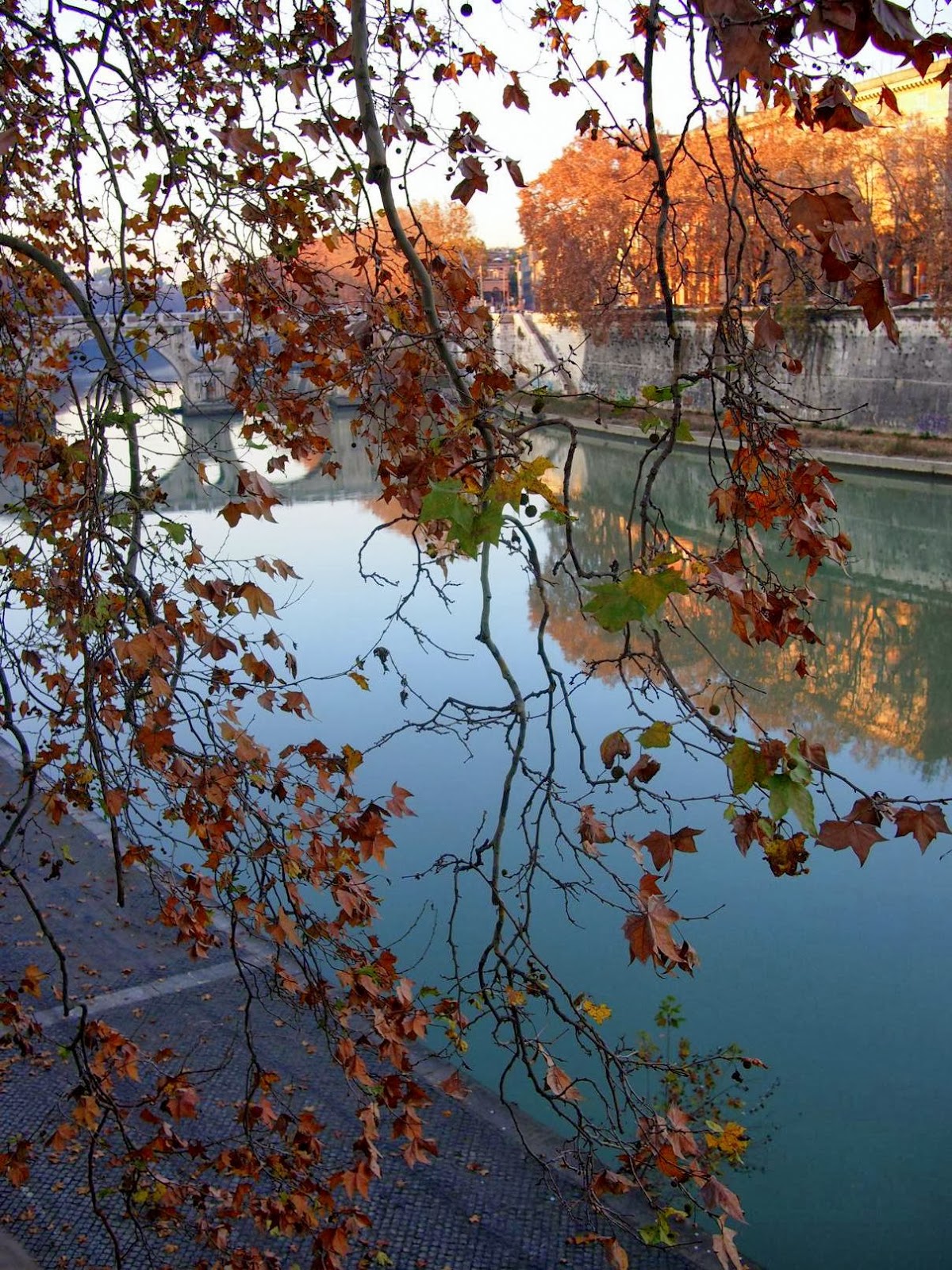 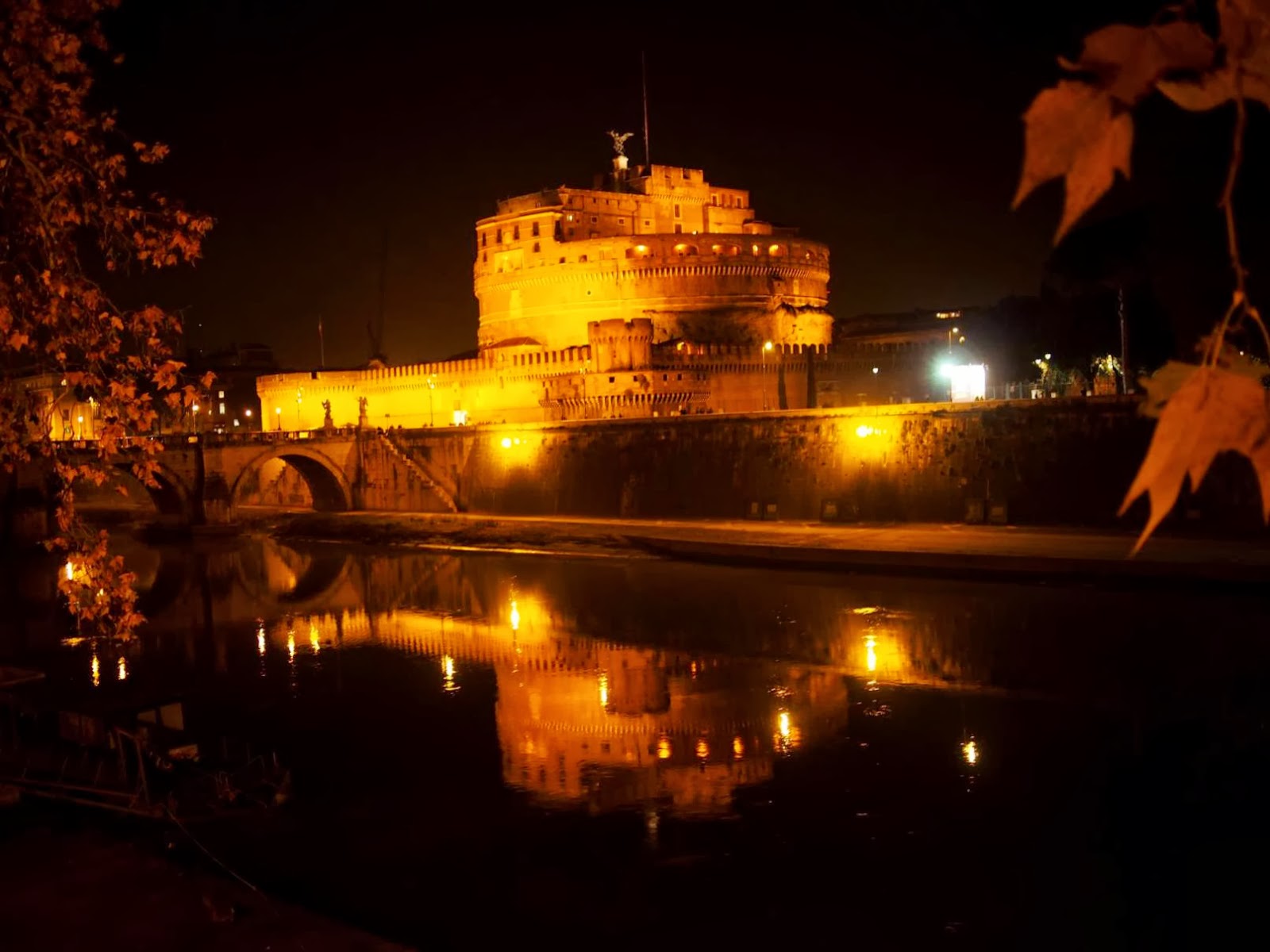 After the trials of the colosseum, the Man and I needed some meat. And what better place to eat said meat, than at Ducati? (which after a quick google I can very confidently say ‘is a company that sells motorbikes’).

We both opted for beef burgers, because a) there is no beef in Deutschland and b) Germany burgers tend to be ‘American style’. Oh yeah, and c) mine came with blue cheese!

I had such high expectations, I mean, just look at this: 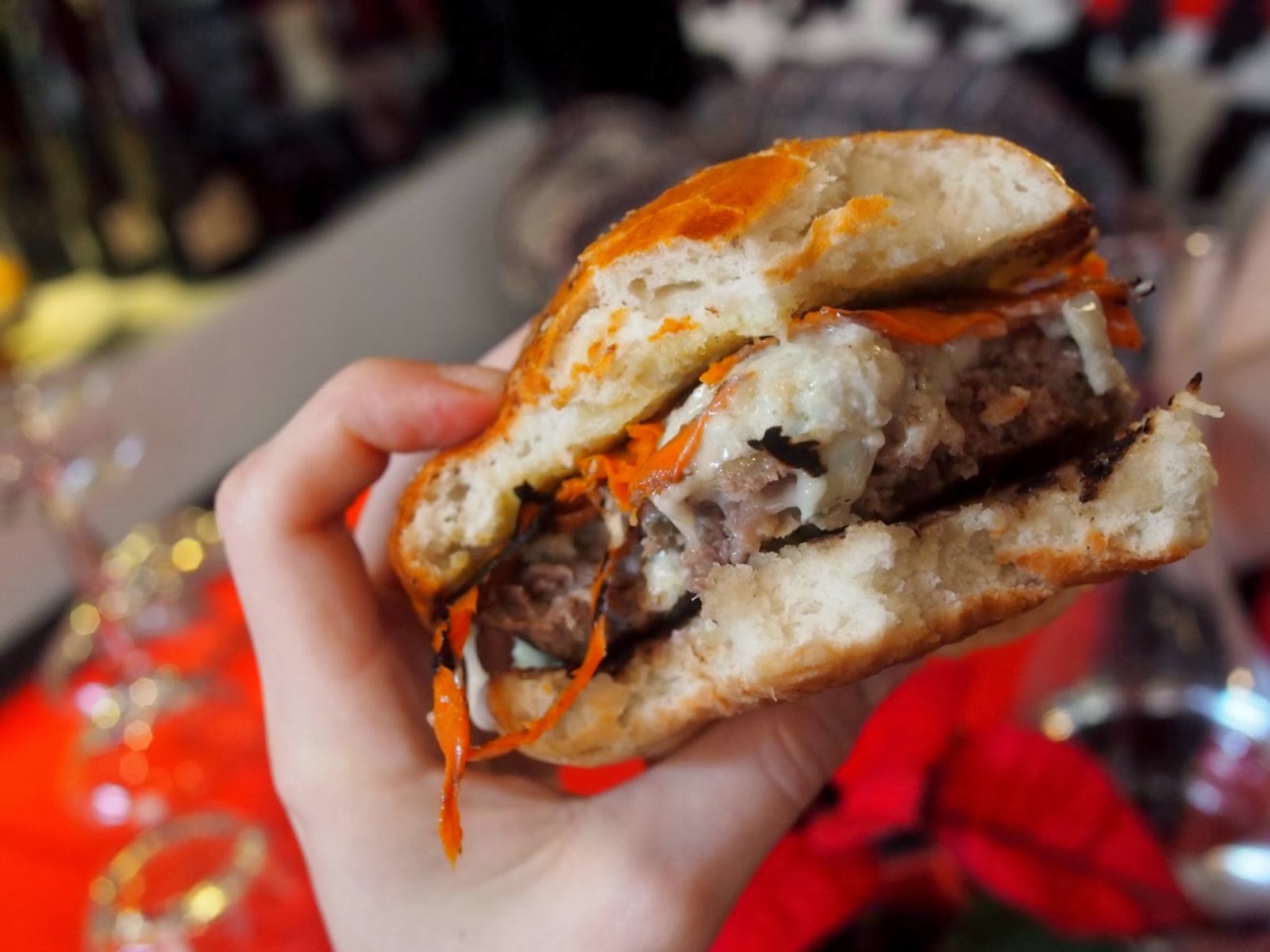 But I’m afraid to say that I was let down once again. The bread was soft and fluffy, but in a super-sweet ‘boiled bread’ sort of way (and I’m a ciabatta kinda girl myself), and the patty itself was overthick, but also spongy, and not particularly flavoursome.

Here is Andy’s ‘burger assessment face’. It is not going well. 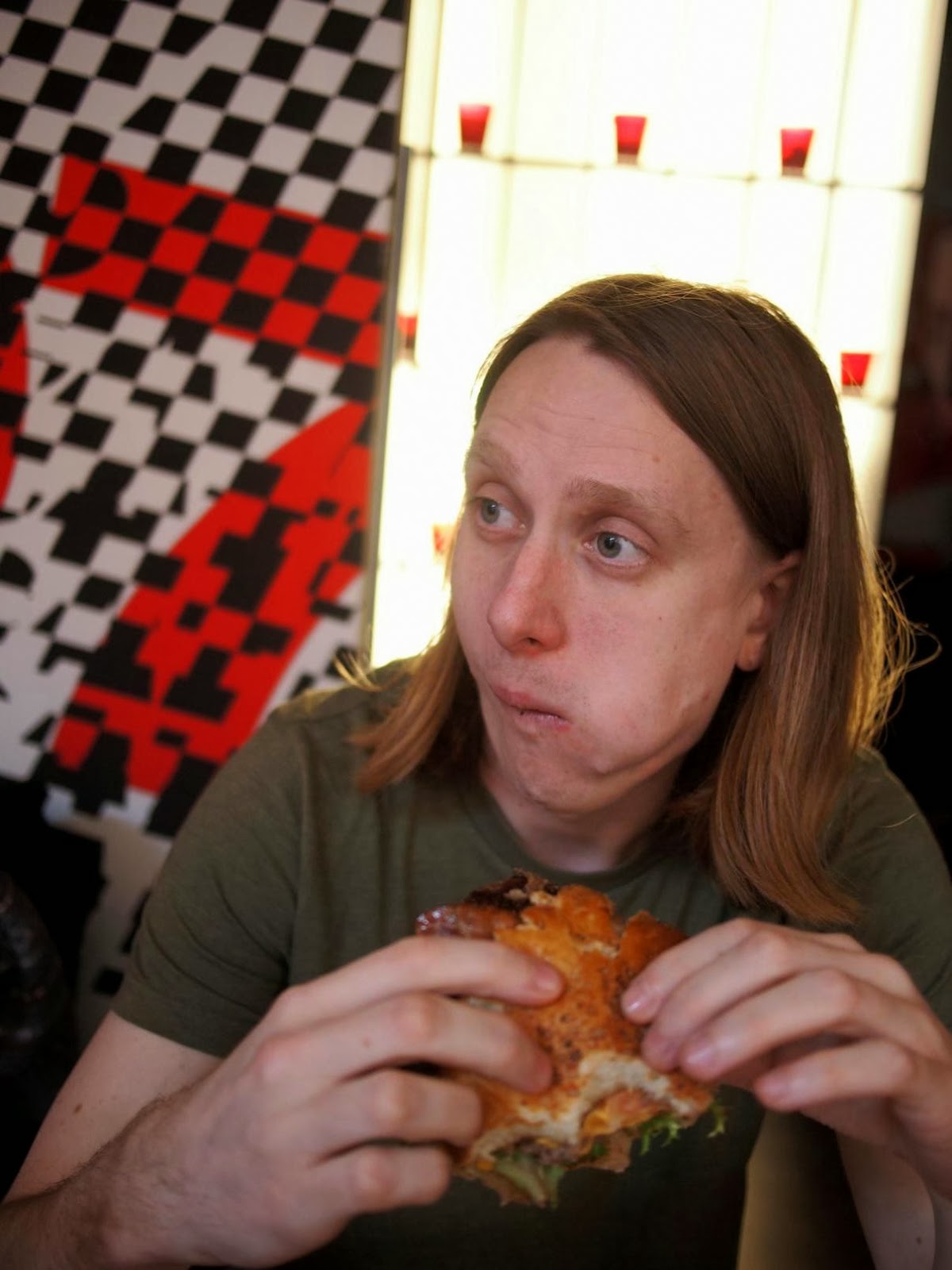 I also bought an interesting sounding drink with mint and citrus. ‘Hmm refreshing’, I thought. ‘mmm, like toothpaste mixed with sprite’, I soon realised﻿. 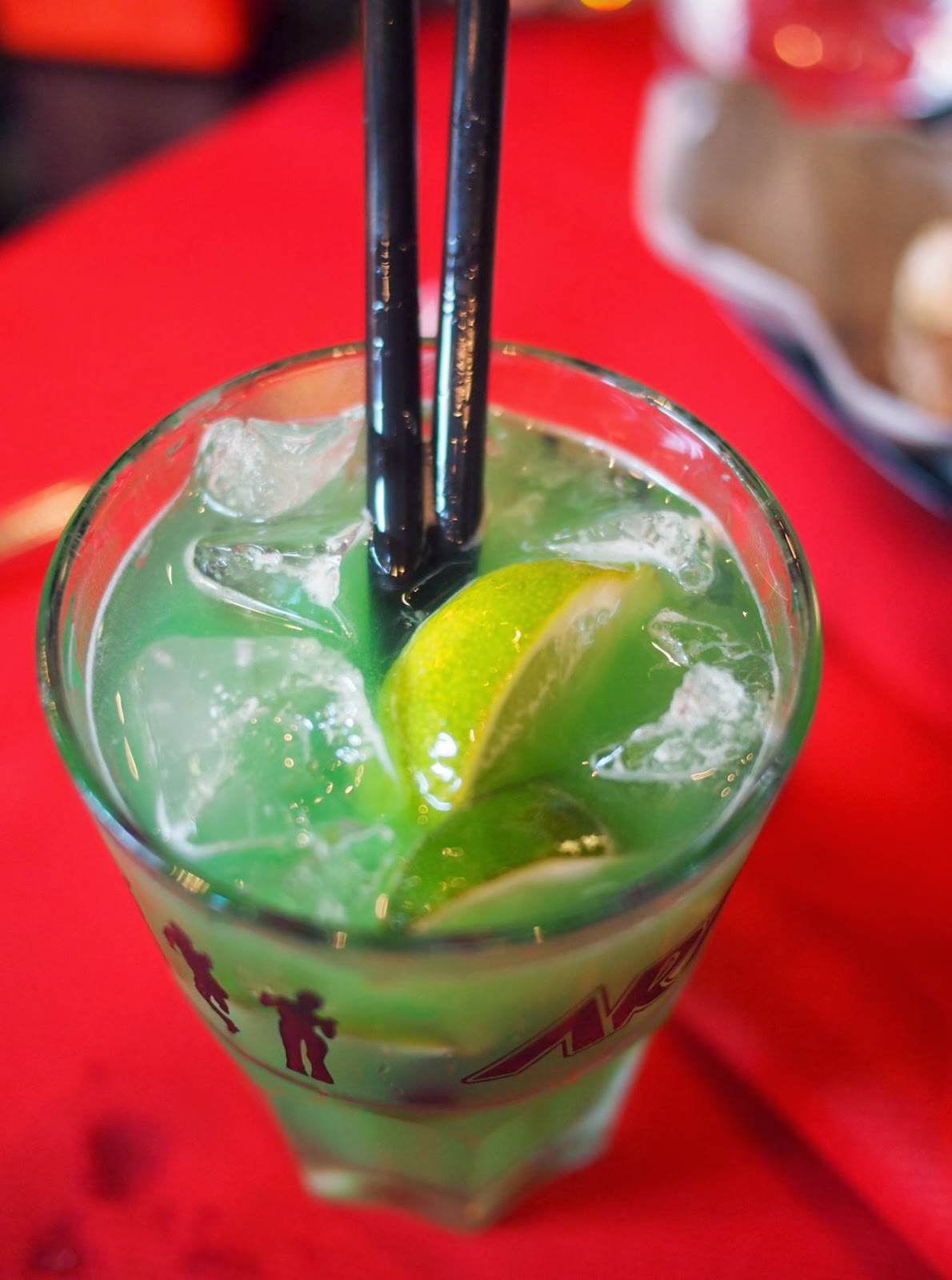 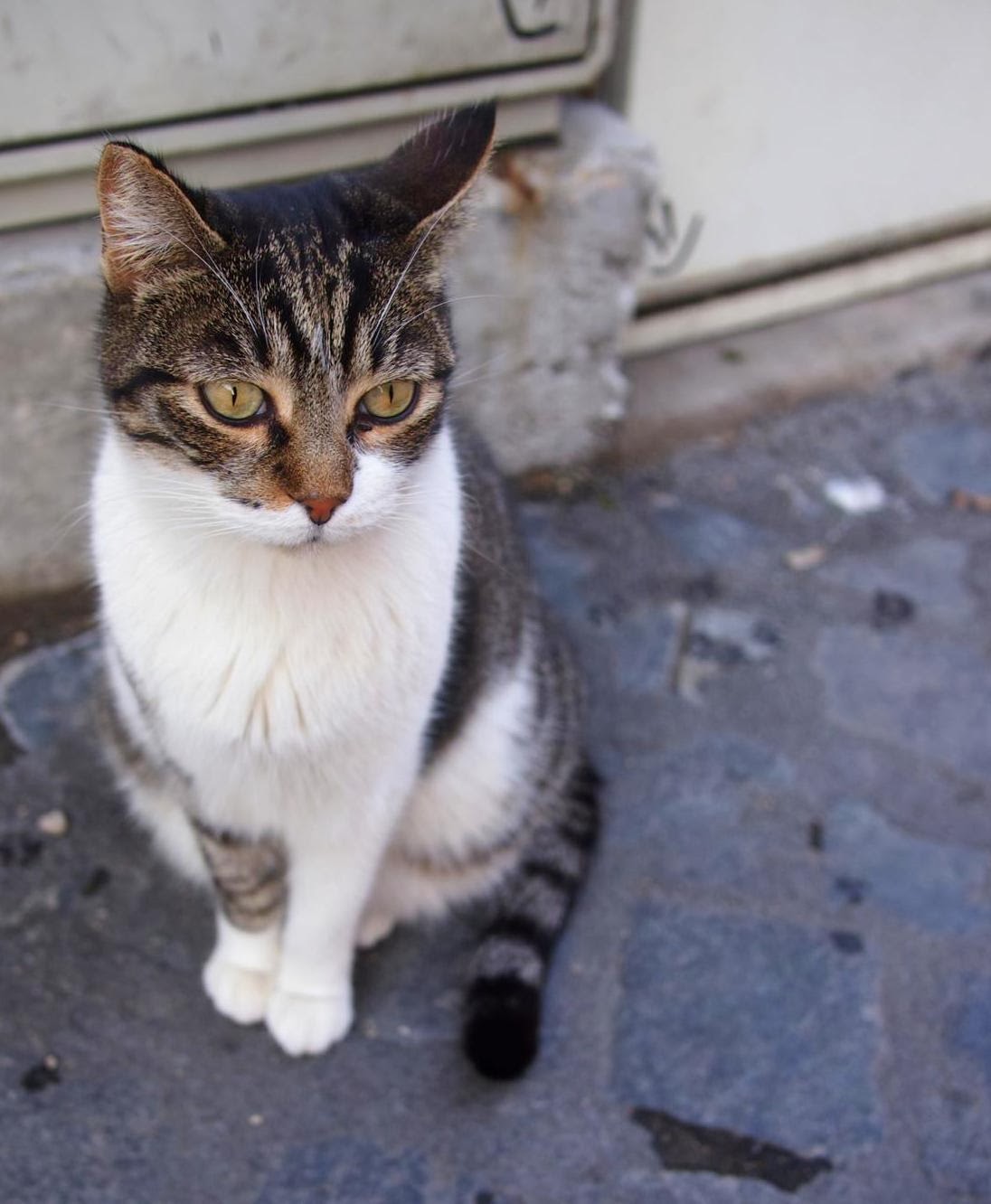 In the afternoon we wandered along the river on our way to meet Mother. We were late, but as you can see, this is clearly the fault of the stunning views that we met along the way: 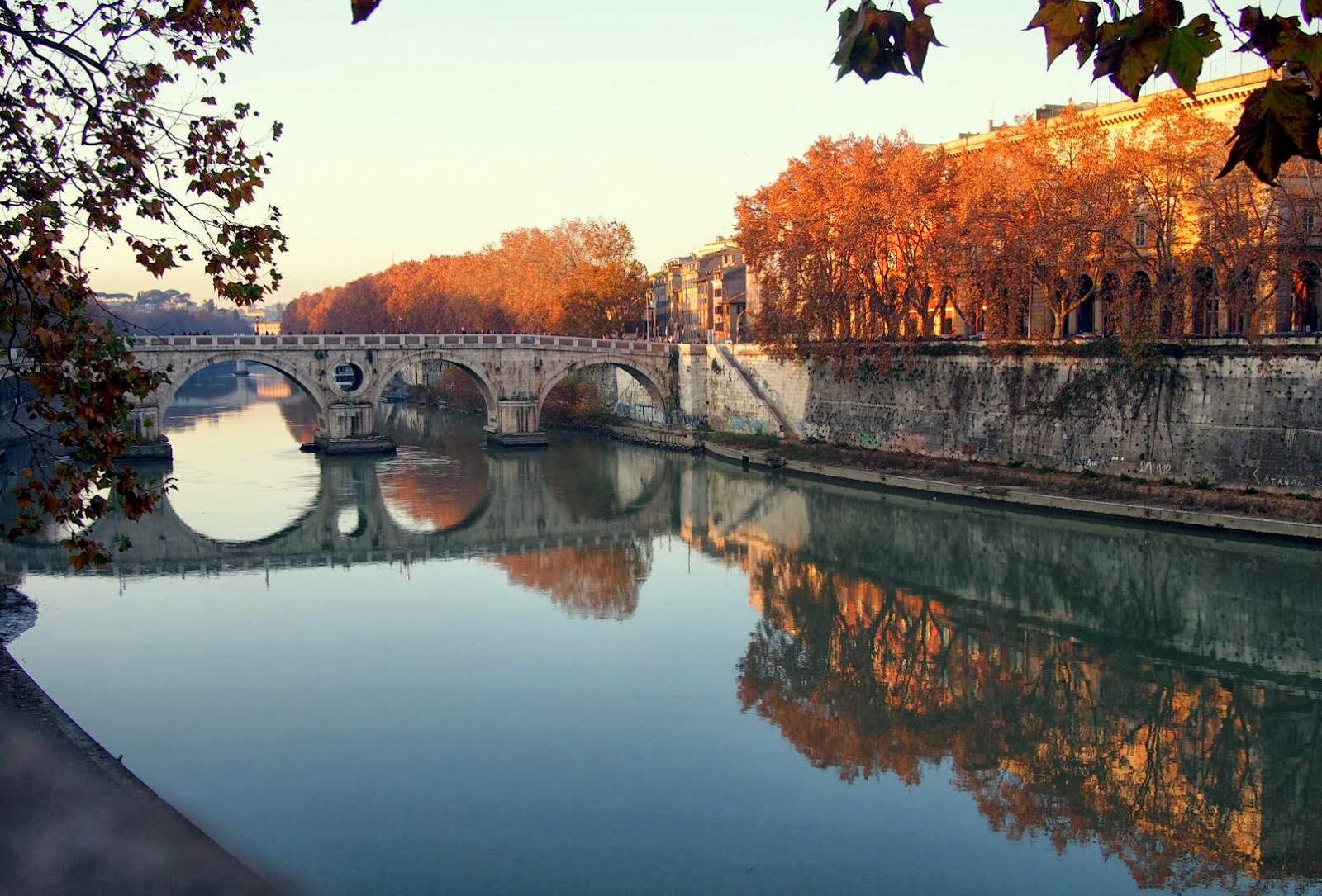 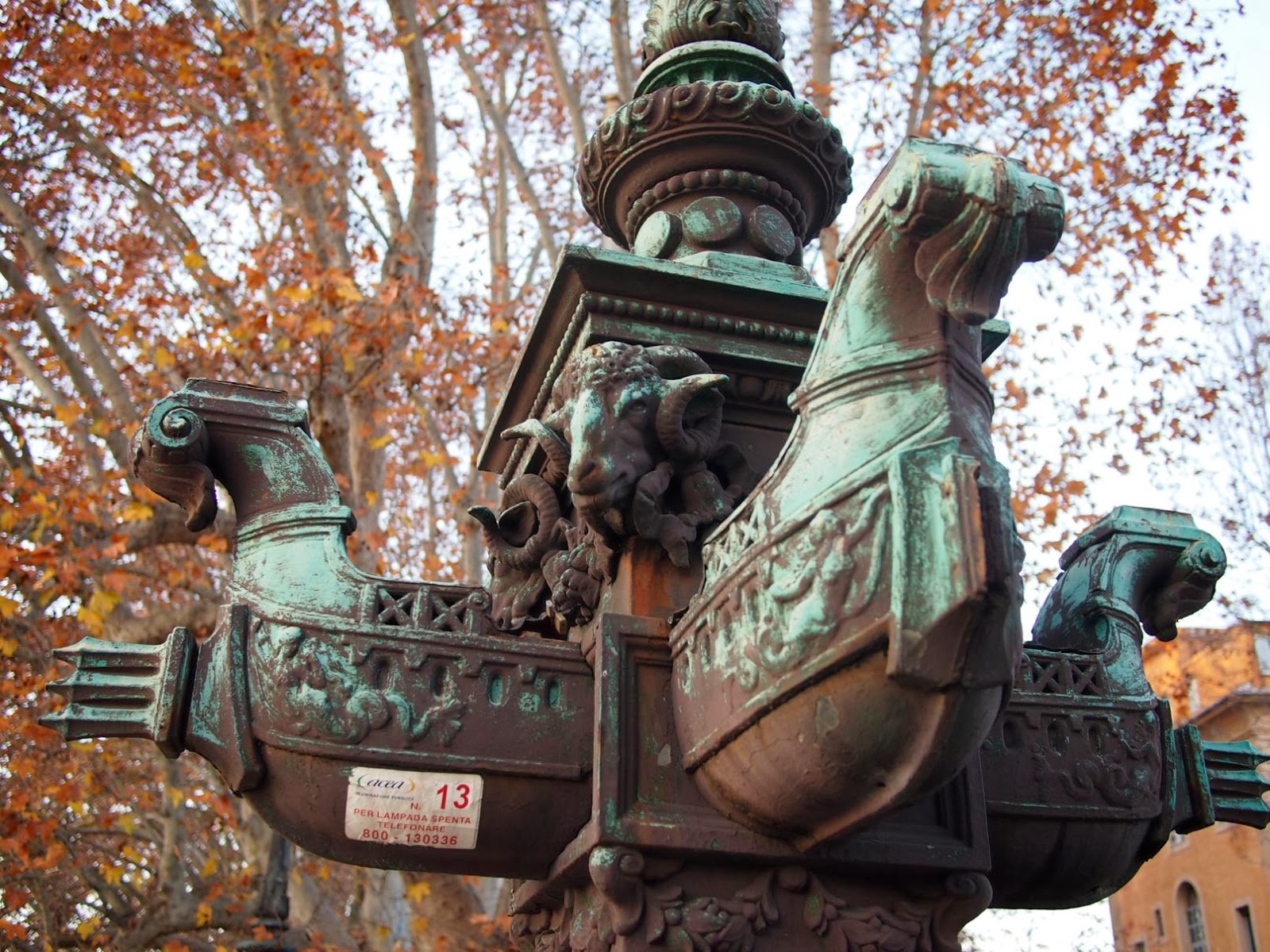 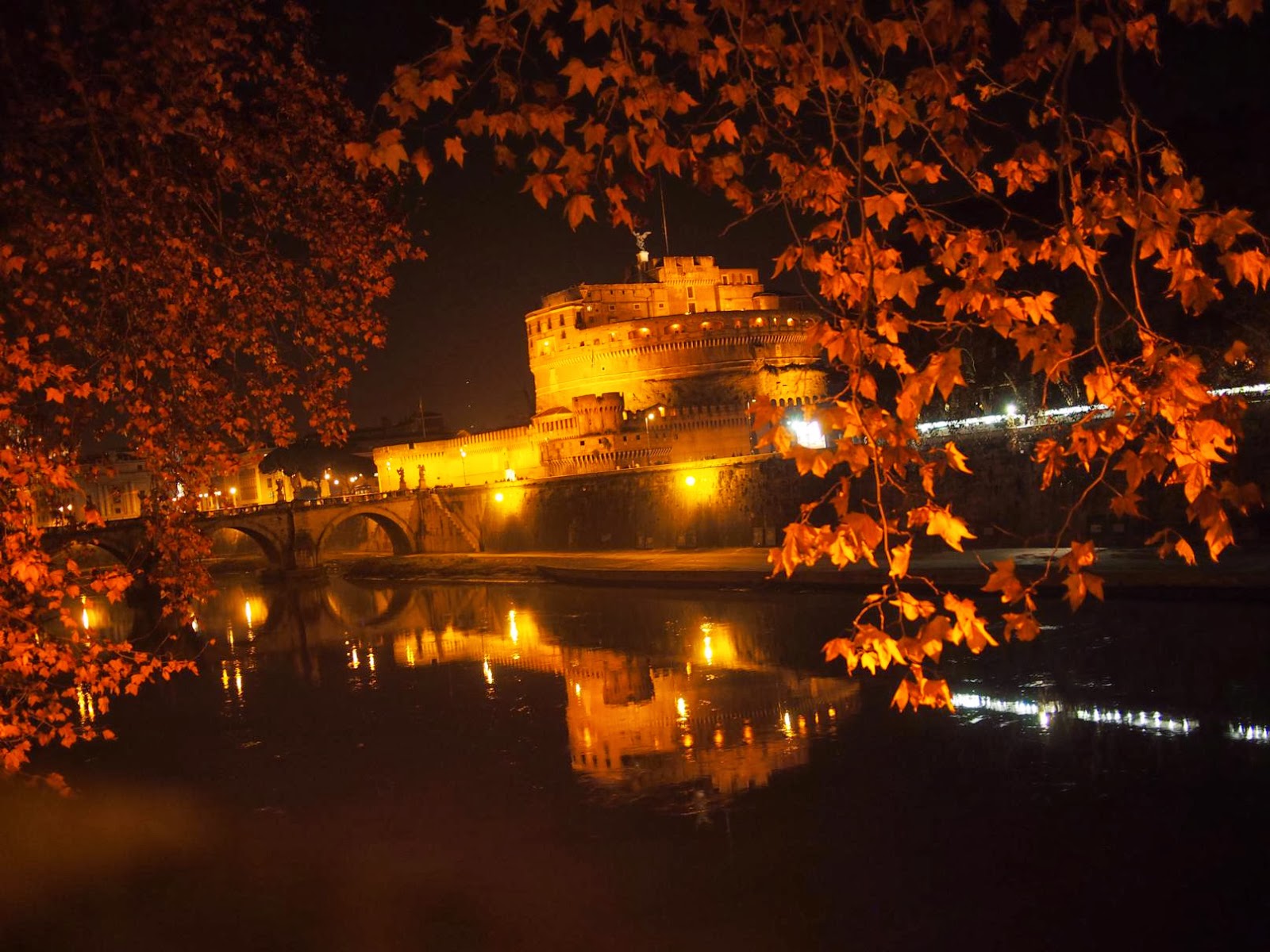 The castle is technically a museum now, and it does have a couple of rooms with historical ‘stuff’ in it, which may be of more interest to people who dig Roman history. 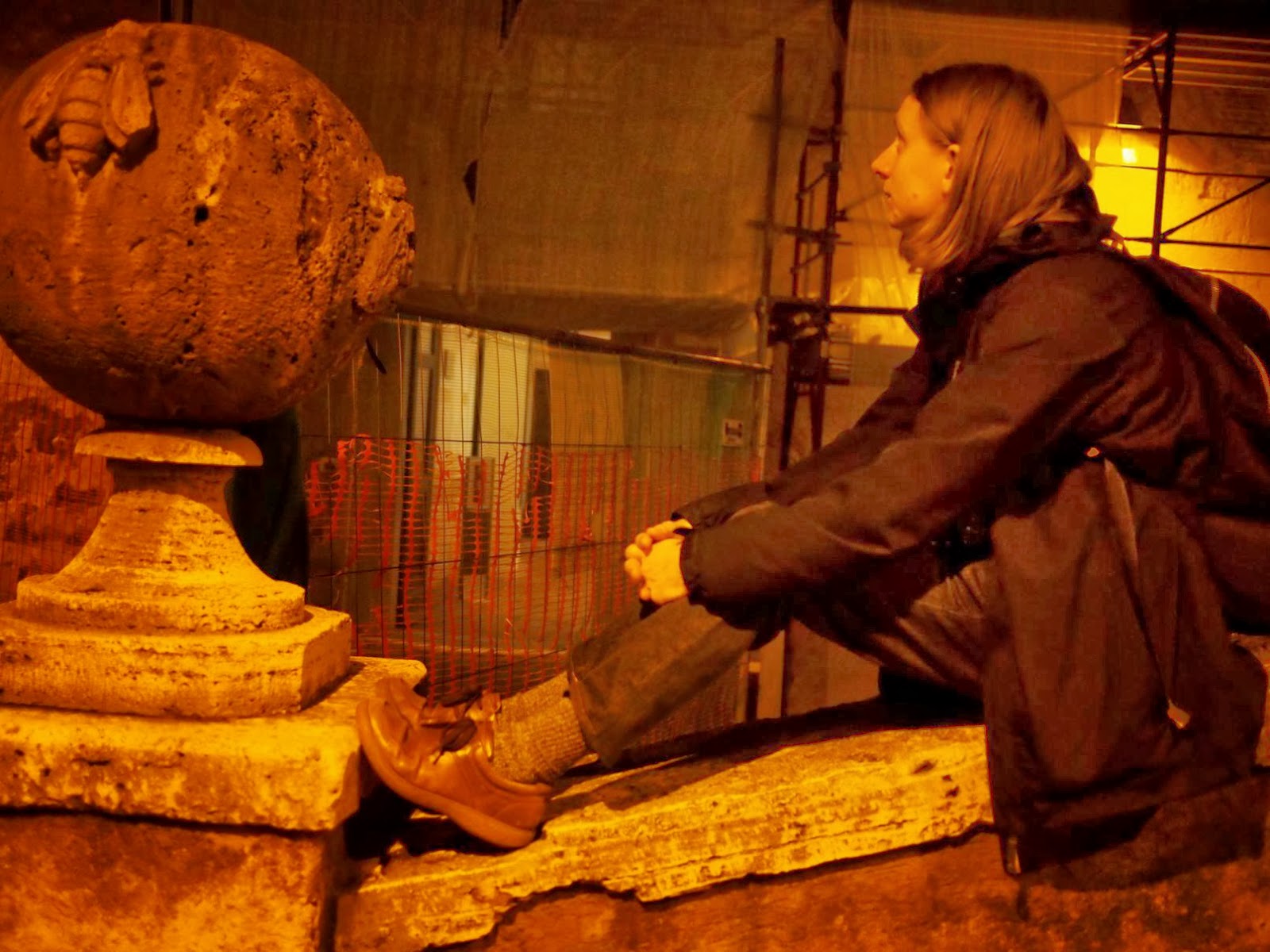 Where you’re really getting your value for money, however, is the view from the roof.
First off: a view of people out the front selling stuff. When we were at the Colosseum, Andy managed to completely confuse on of the young men trying to wrap me in a pashmina (and thus sell it to me) by offering him some biscotti in return.
The man looked at the biscotti, looked at Andy, looked at the biscotti again, and then grabbed it and ran into a corner to eat it, much like a frightened kitten.
These people were less persistent, so we were not forced to bring out the biscotti. 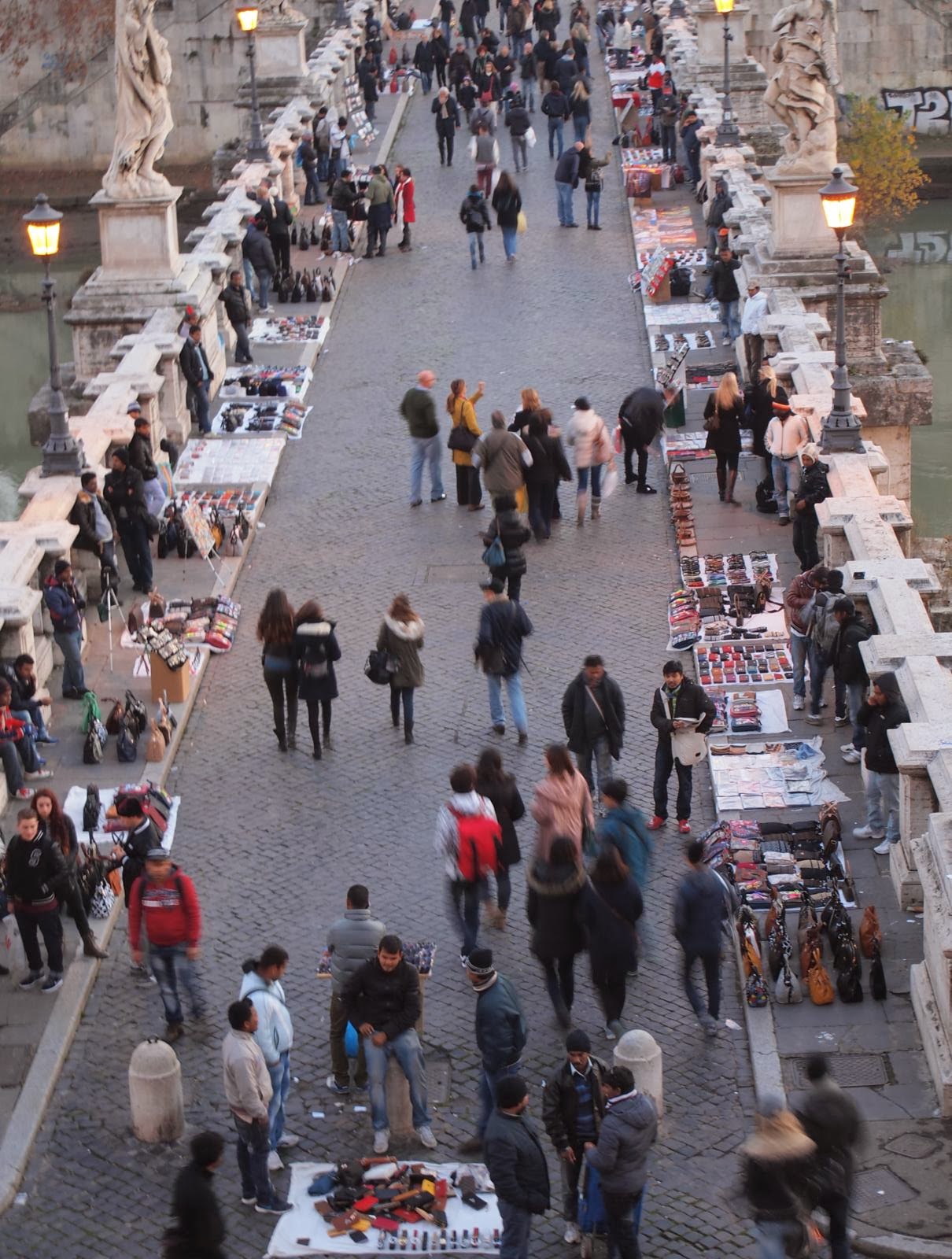 And now for something completely stunning.

Check out the Vatican and St Peter’s glowing happily in the distance. 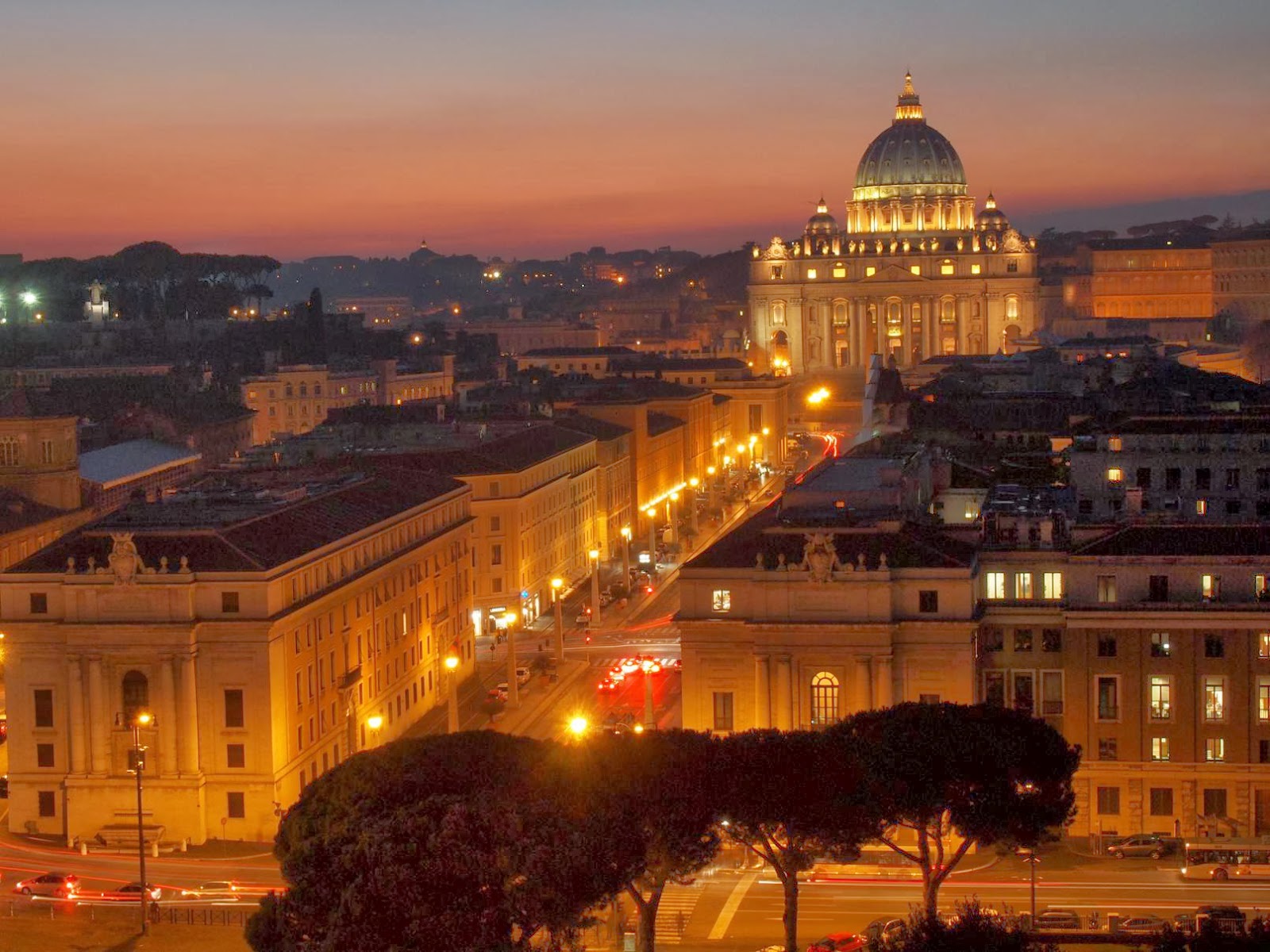 (I should note that these beauties were taken by Andy) 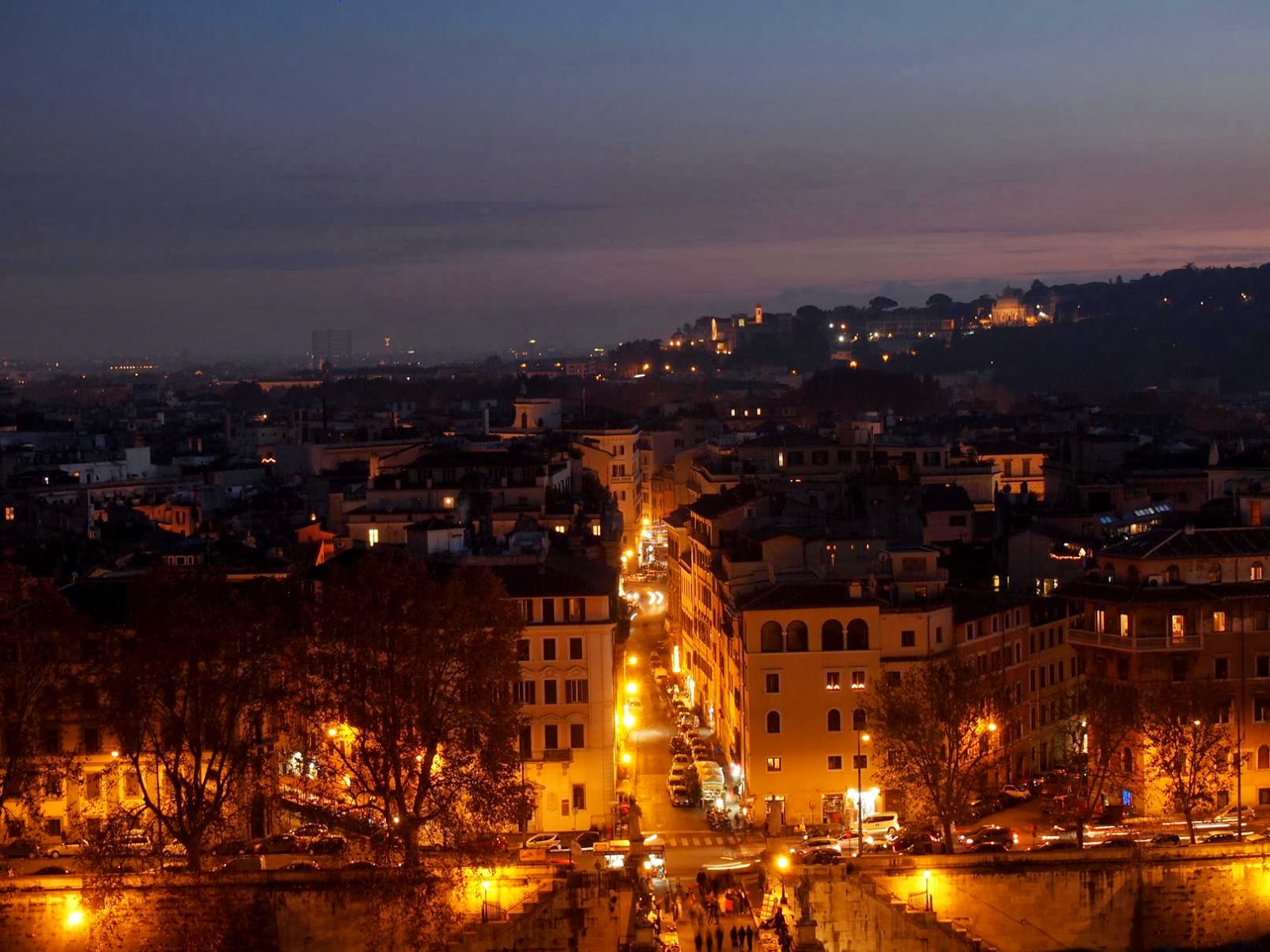 We spent a lot of time gazing, and then a bit more time roaming around the castle itself. All in all we decided it was nice, especially with the moat feature, but probably not ideal as an ultimate defense come the Zombie Apocalypse (I read World War Z twice in the last 6 months, and we’re watching Walking Dead, so we spent pretty much the whole trip bringing up the ‘Zed Issue’. Mother was Not Amused). Despite its failure to please on this account, the castle does have a nice round spirally bit where you can do silly things: 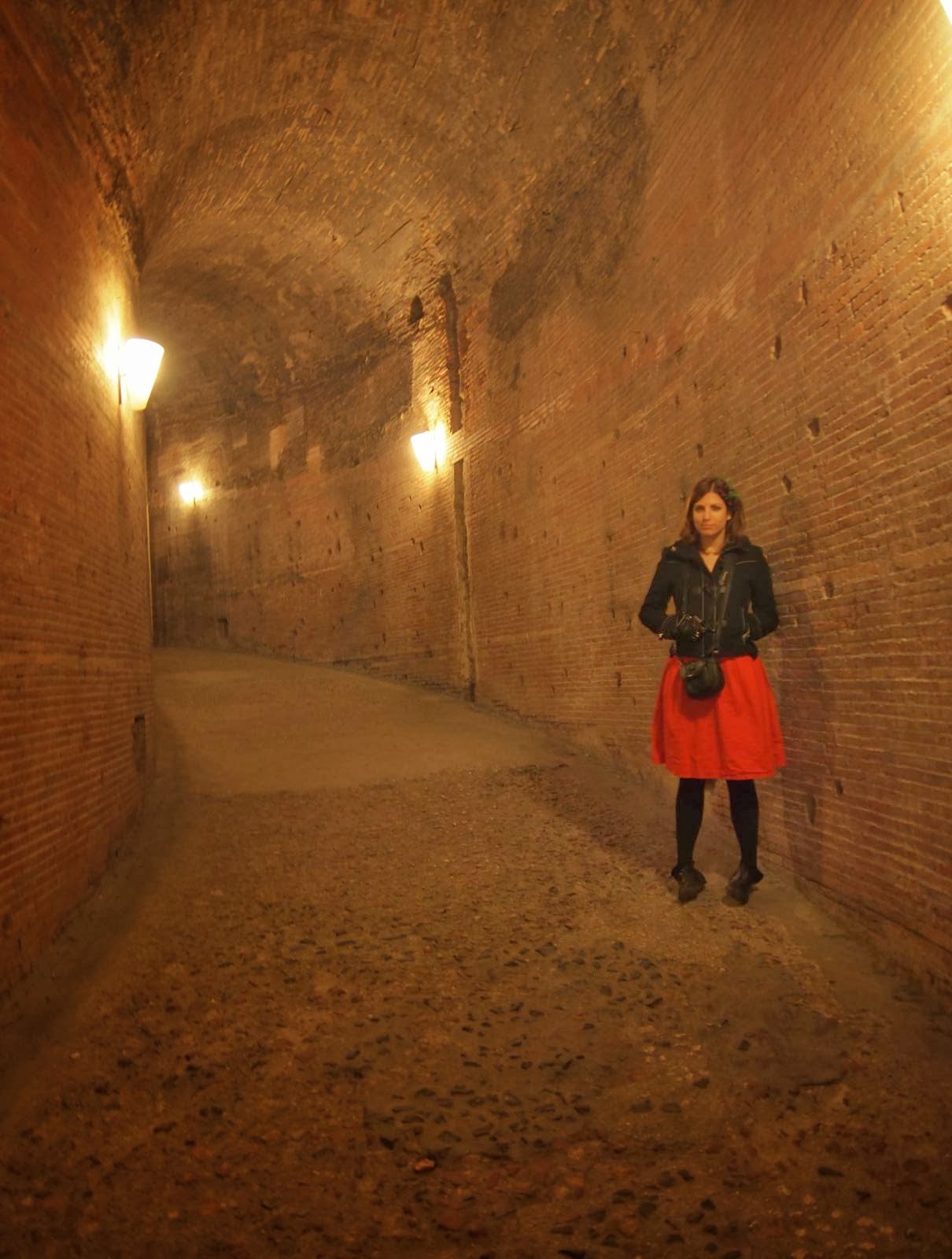 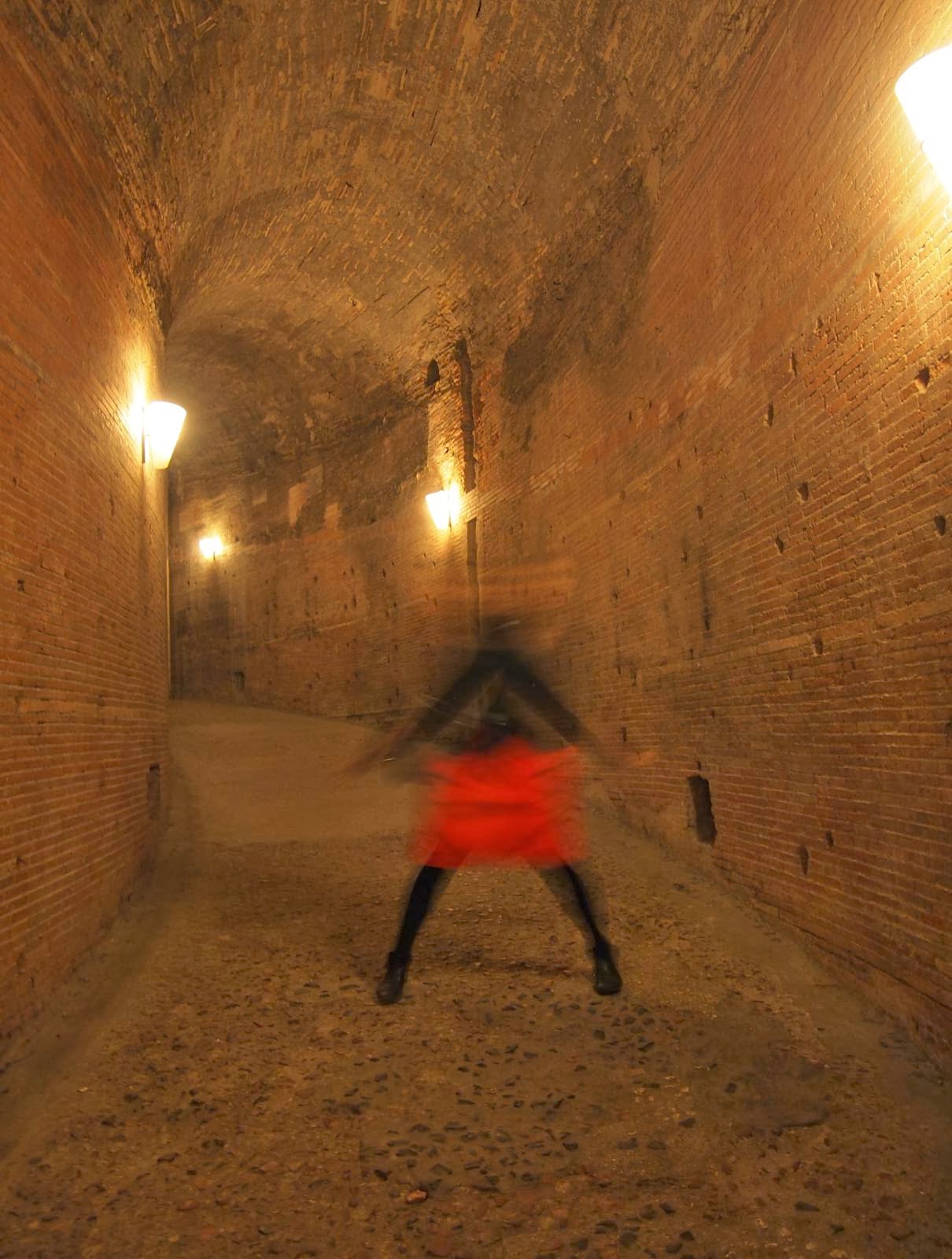 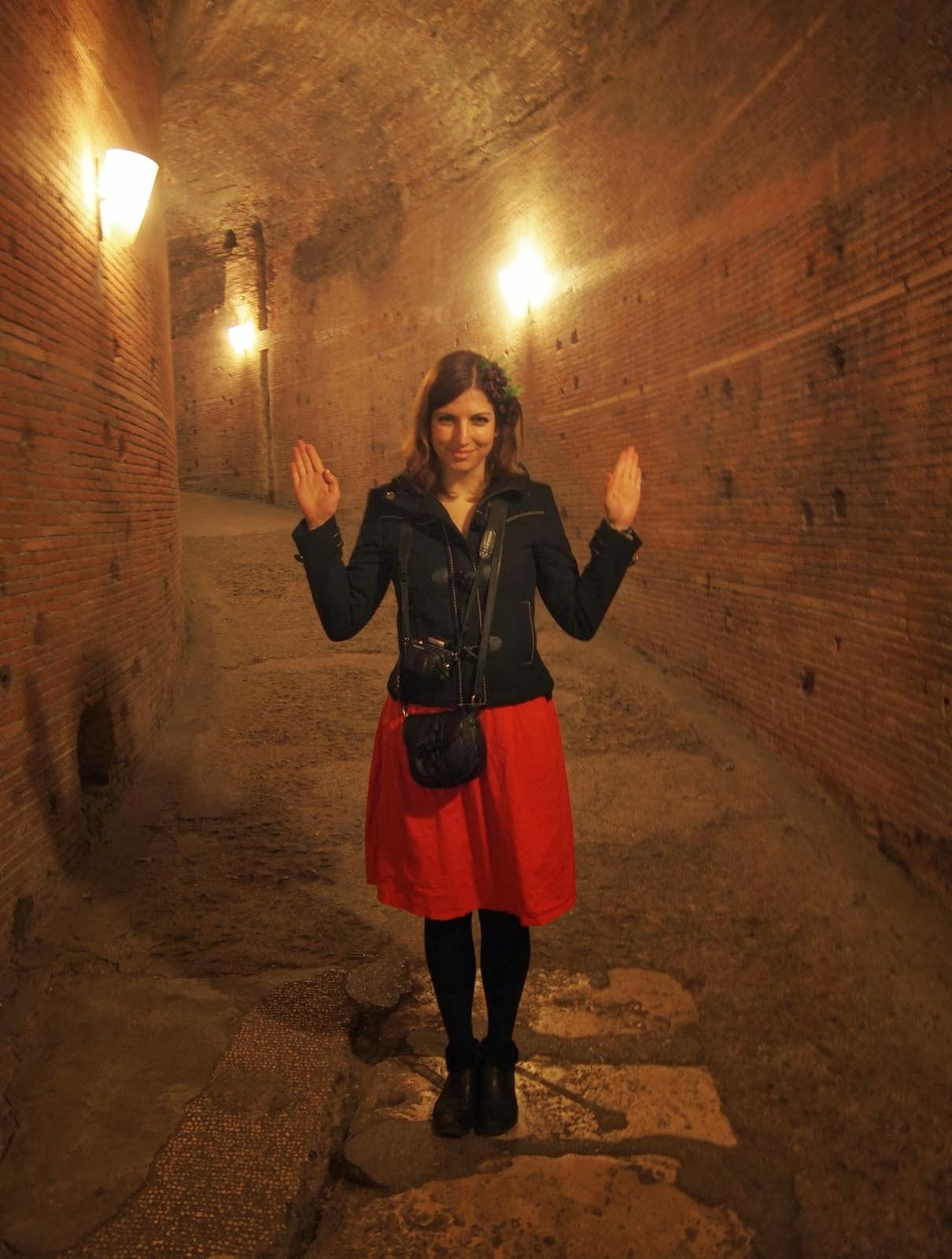 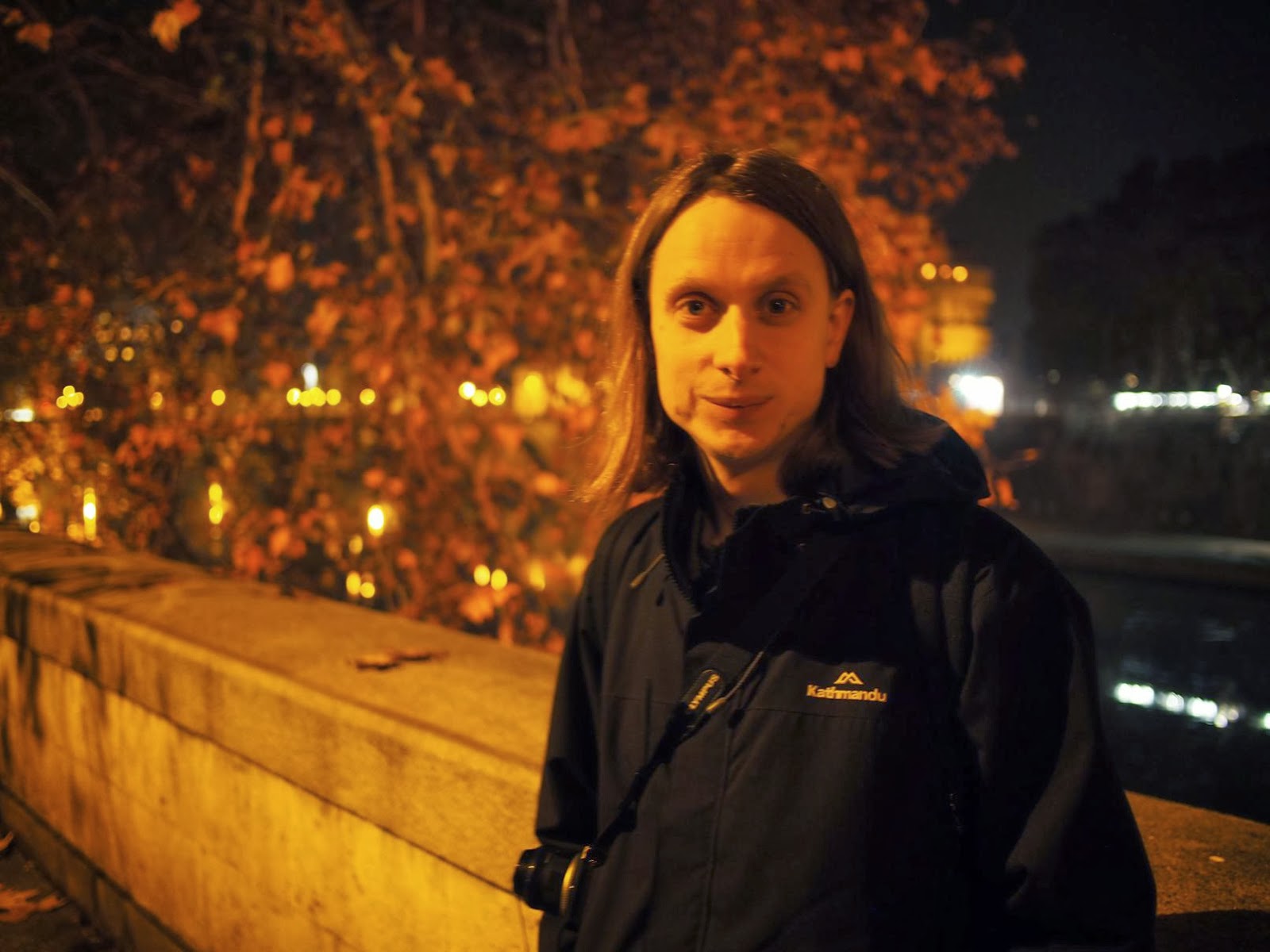 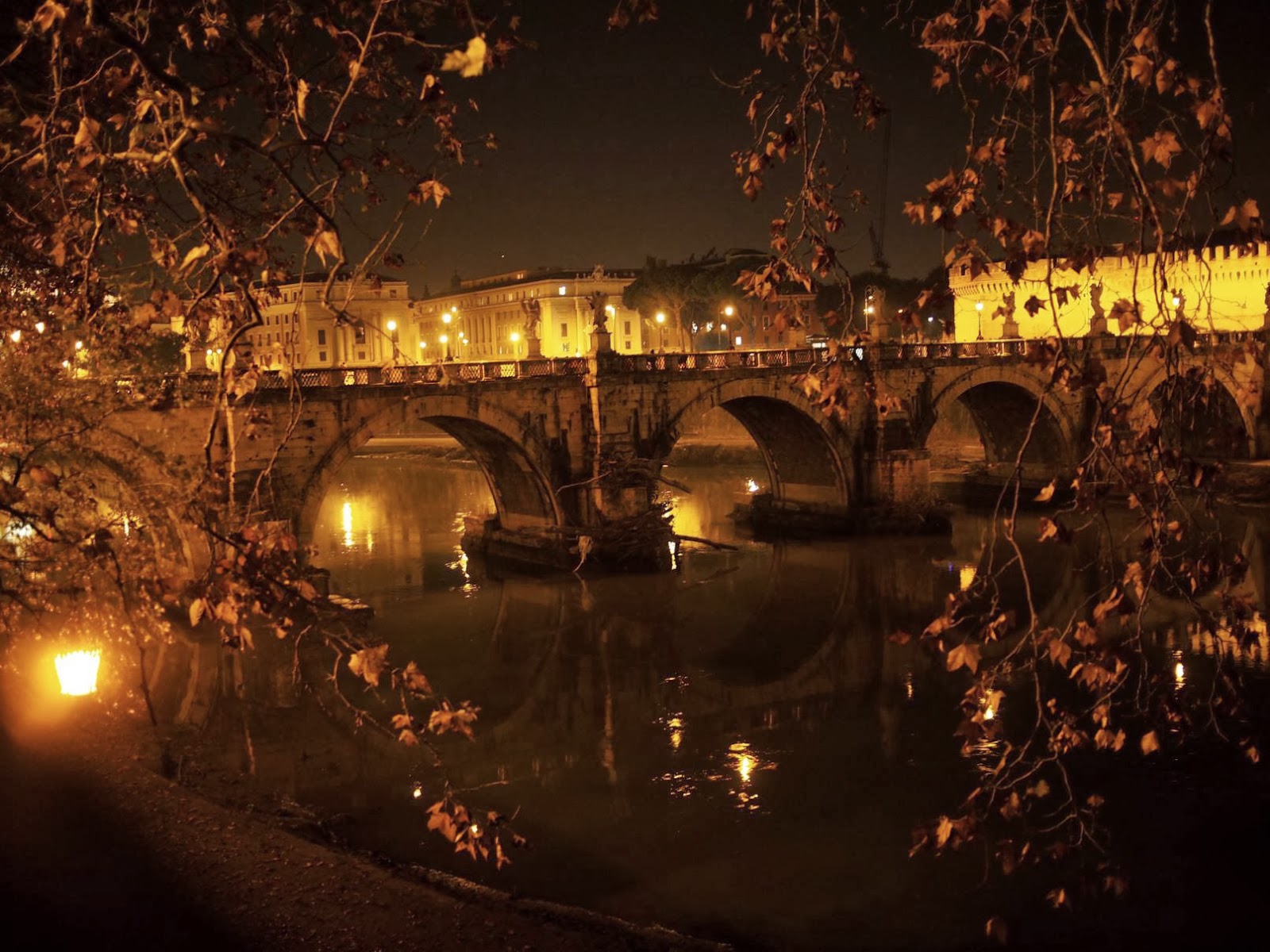 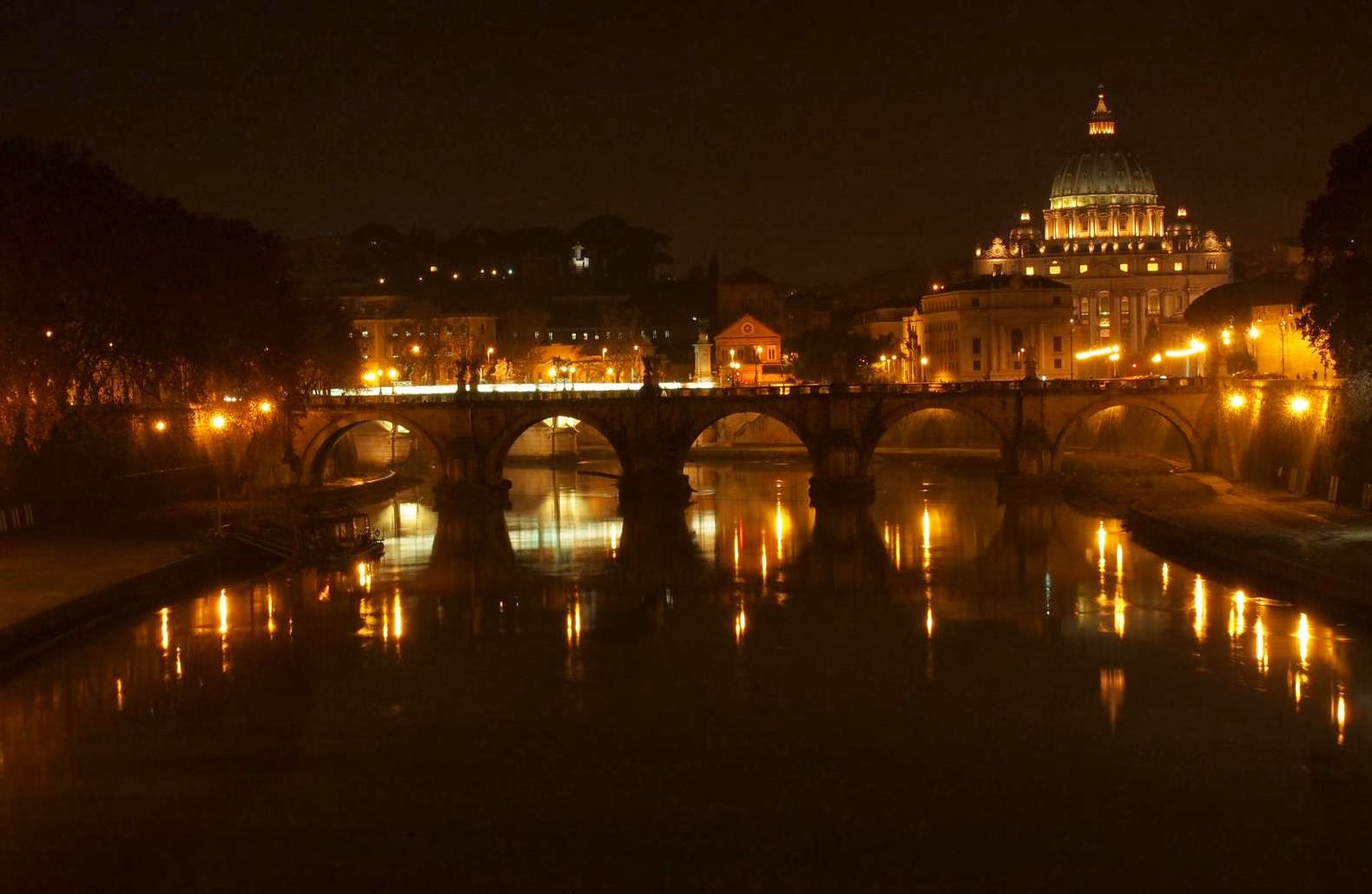