You should never go to bed craving sushi. 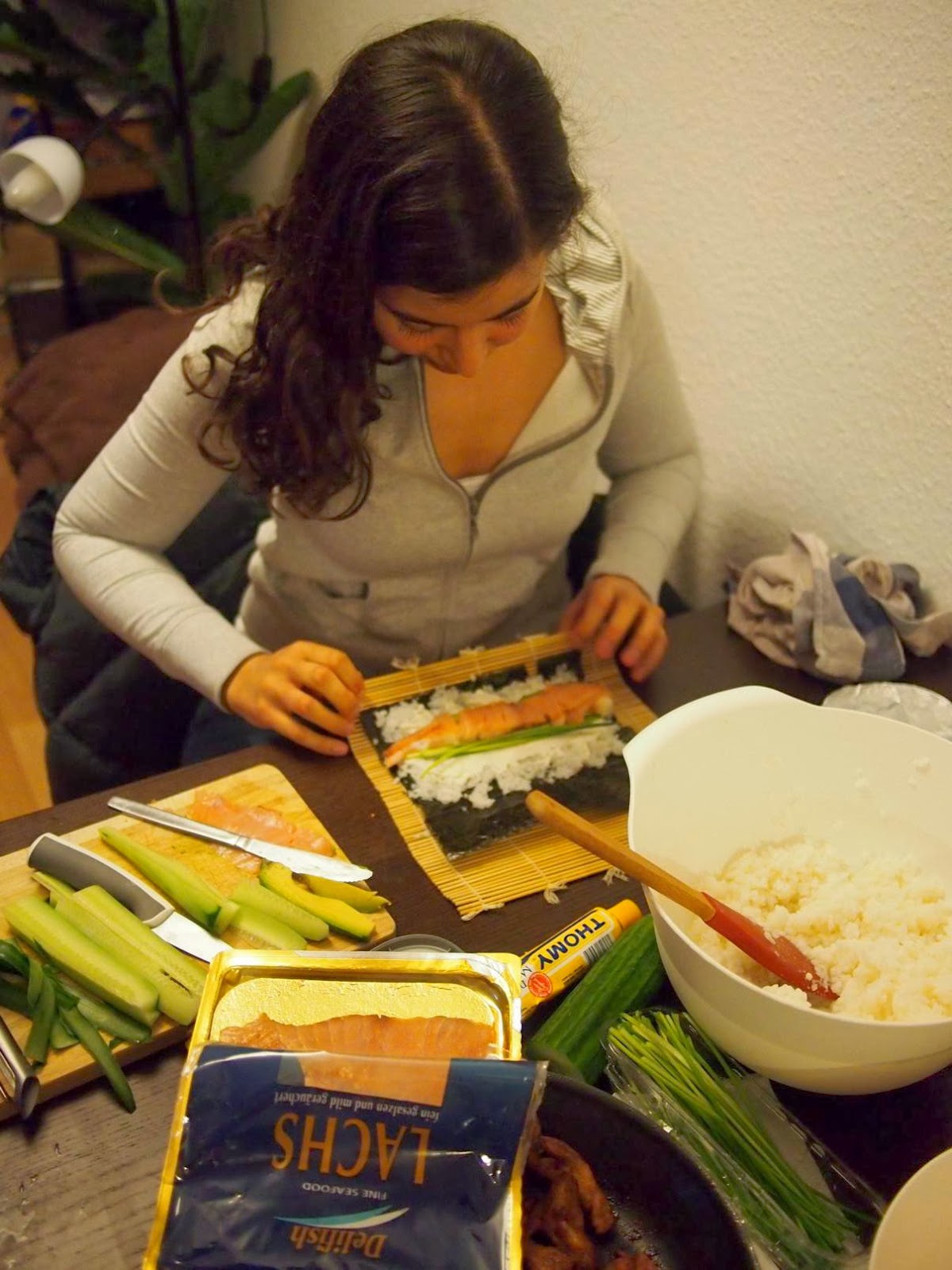 Pau learning to make sushi at our ‘movie night’ a couple of weekends ago. Any excuse to sit still for hours on end and stuff our faces with food.

Two nights ago I had a dream, featuring one of my most beloved Aussies: Ashlee. She was in Germany, and we took her to an asian restaurant. Andy and I were super excited. We miss asian food like crazy here, especially places which sell good Thai or Vietnamese food. Or Rendang, there are days when I would kill for a good rendang.

Many of the aisan-style food places here still sell very westernised cuisine and ‘asian fast food’ – nonspecific noodles with salty sauce and a bit of chicken thrown on top. Many more restaurants, even when selling a higher quality of food (and I’ll admit, some of it is super tasty), still tend to be ‘asian themed’. These places have a generic name, or claim to be ‘Thai’ but somehow still manage to have sushi slipped into the meno.

Which was the problem in the dream. We went for brunch at a dim sum place. We sat down, opened the menus, and our mouths began to water as visions of dumplings danced through our heads. But they were selling sushi. Ashlee, a lady of fine breeding and taste, wanted to leave. This place could not be both a good Yum Cha restaurant, and also a good sushi bar. Andy and I practically begged her to let us stay- oh how we needed those dumplings.

And then I woke up, and everything was ok, because ‘The Day of the Dumplings’ had finally arrived.

All the children were estatic. 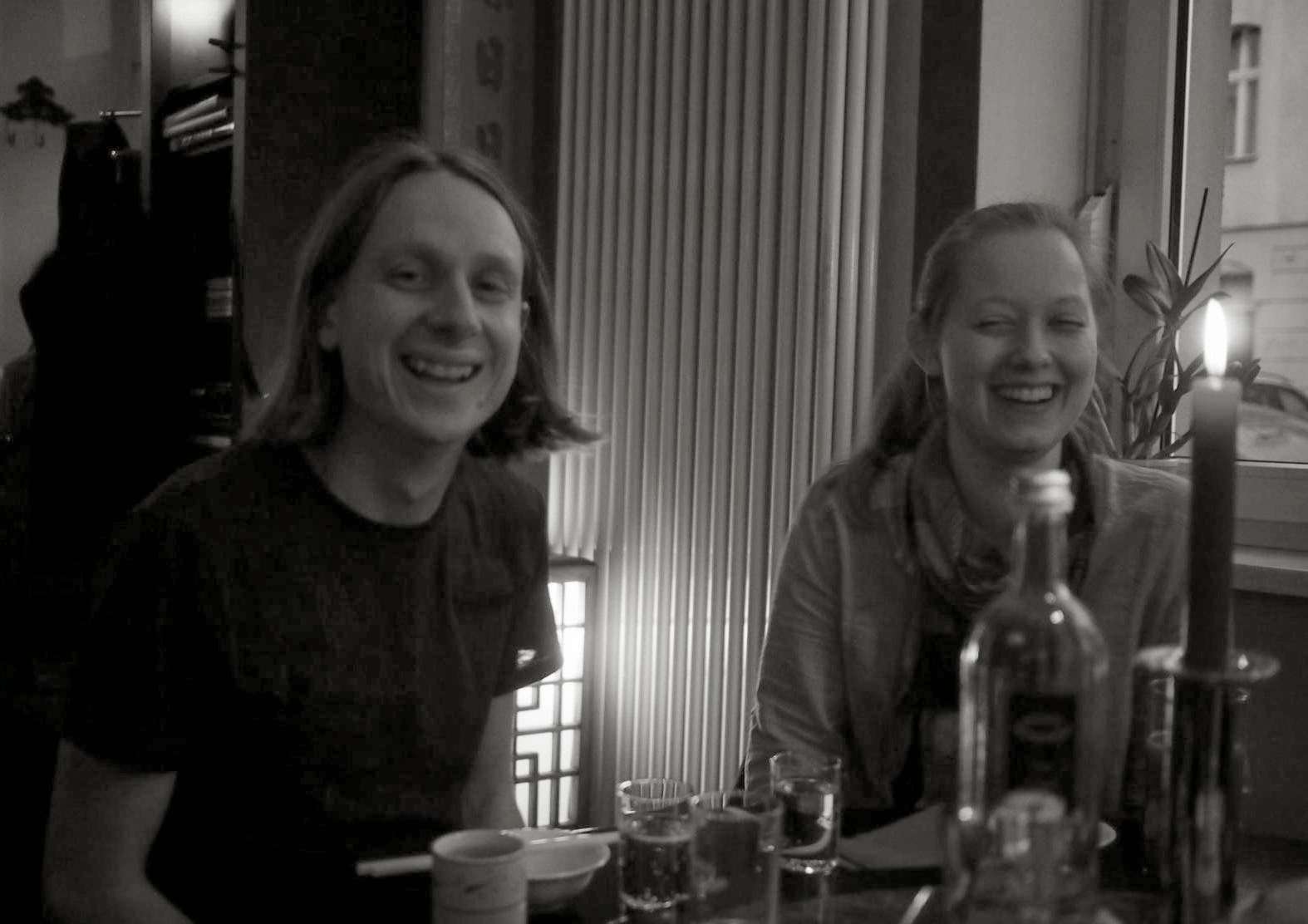 Joram, who has recently returned to work to begin to his exciting life as a PhD student, took us to his favourite Dumpling restaurant: Wok Show. We’d been there once before, and were eagerly awaiting a return visit. This place is truly fantastic, but I should probably mention that it’s recommended only to those who are fans of the mighty dumpling: the rest of the menu is pretty limited.

But oh how delicious these dumplings are! And oh how cheap! 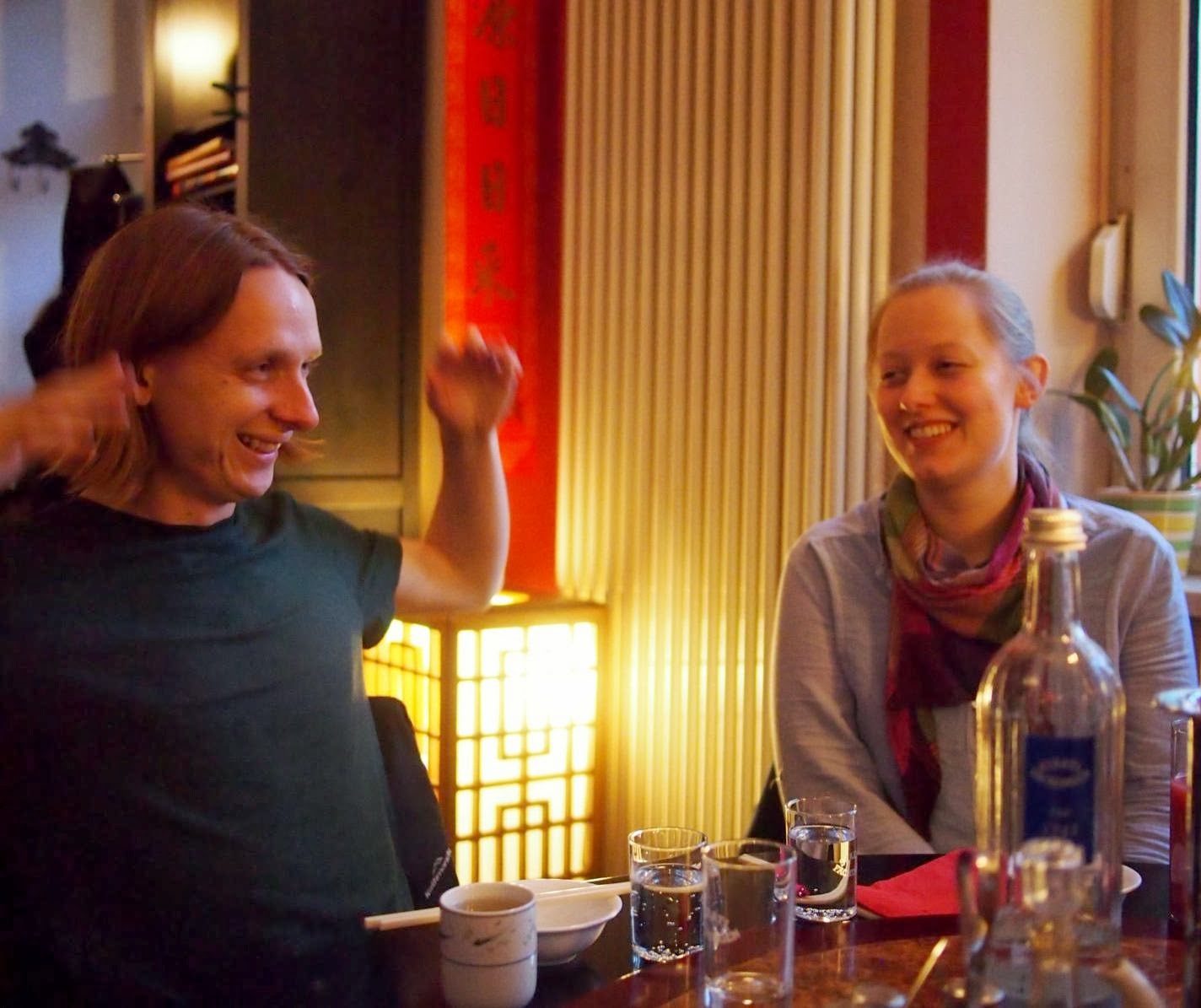 They come in a variety of flavours- but the pork ones are by far the best. This time around we also tucked into some veggie filled morsels and some with beef and carrot- also good, but not quite weighing up to the delicious mixtures of pork, ginger and assorted additional flavours.

You can order you dumplings steamed of fried (the latter is of course way better), and they come out rather unceremoniously dumped on a plate of either 20 or 40 dumplings. 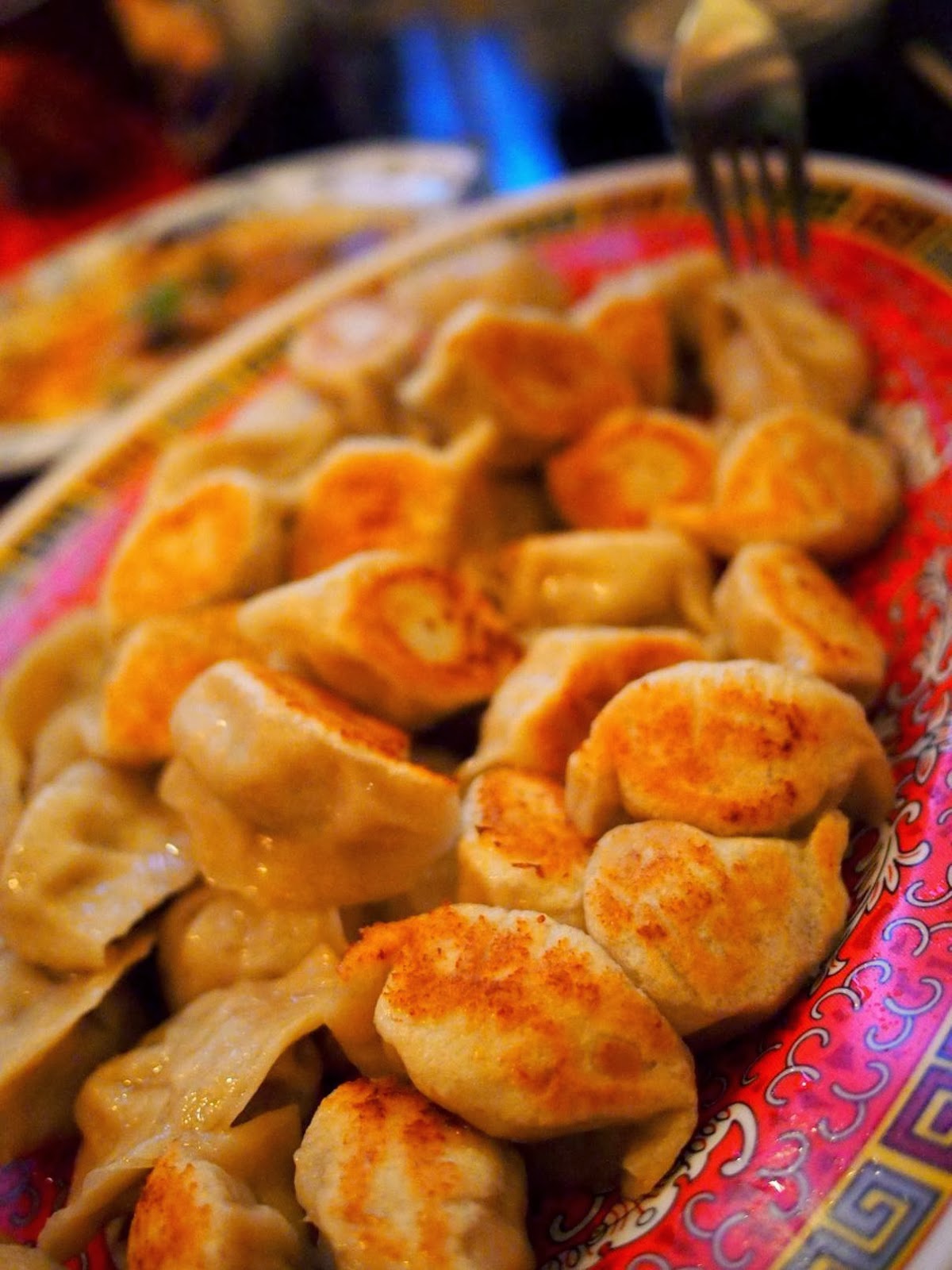 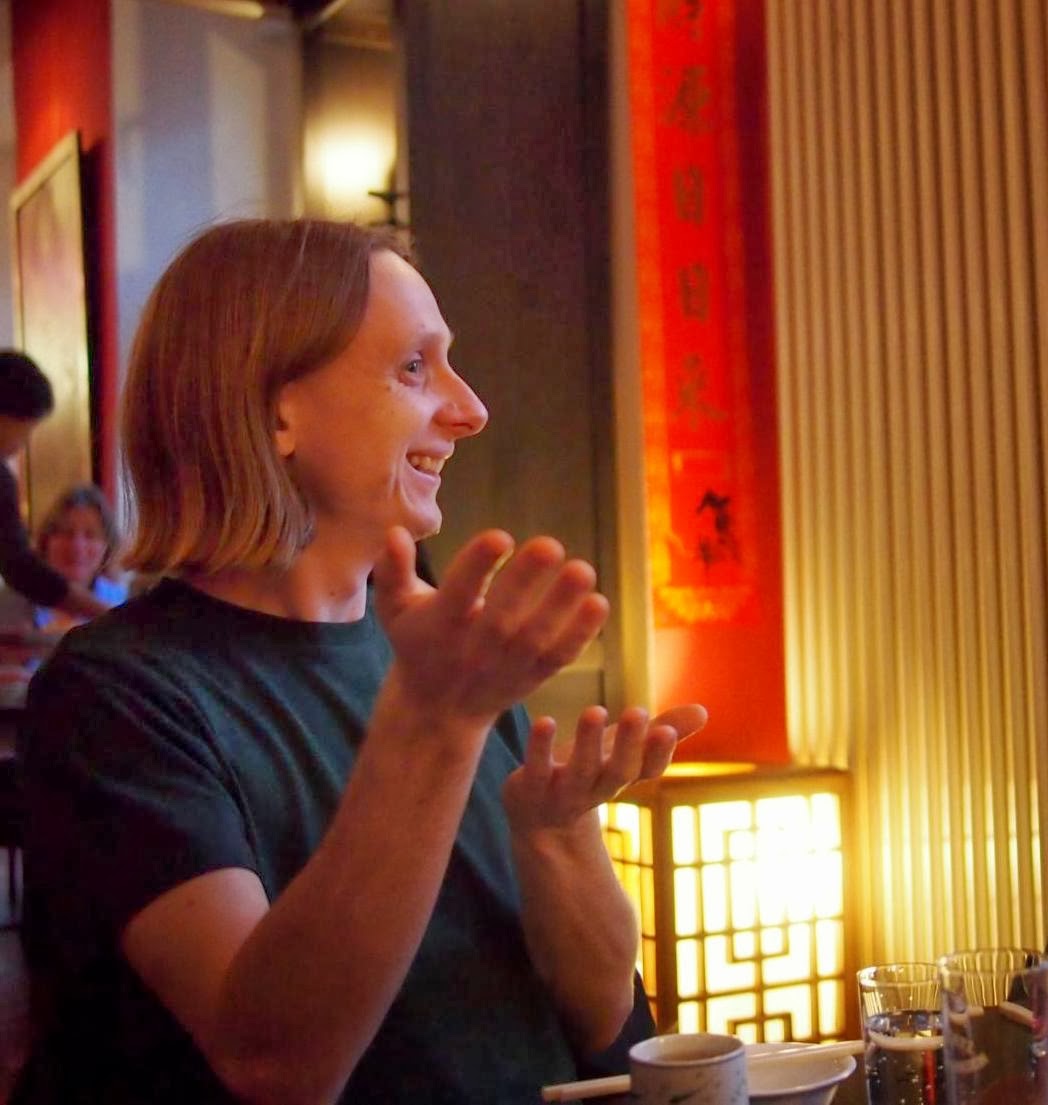 The people take a breif, contemplative pause, before rushing at the dumplings. 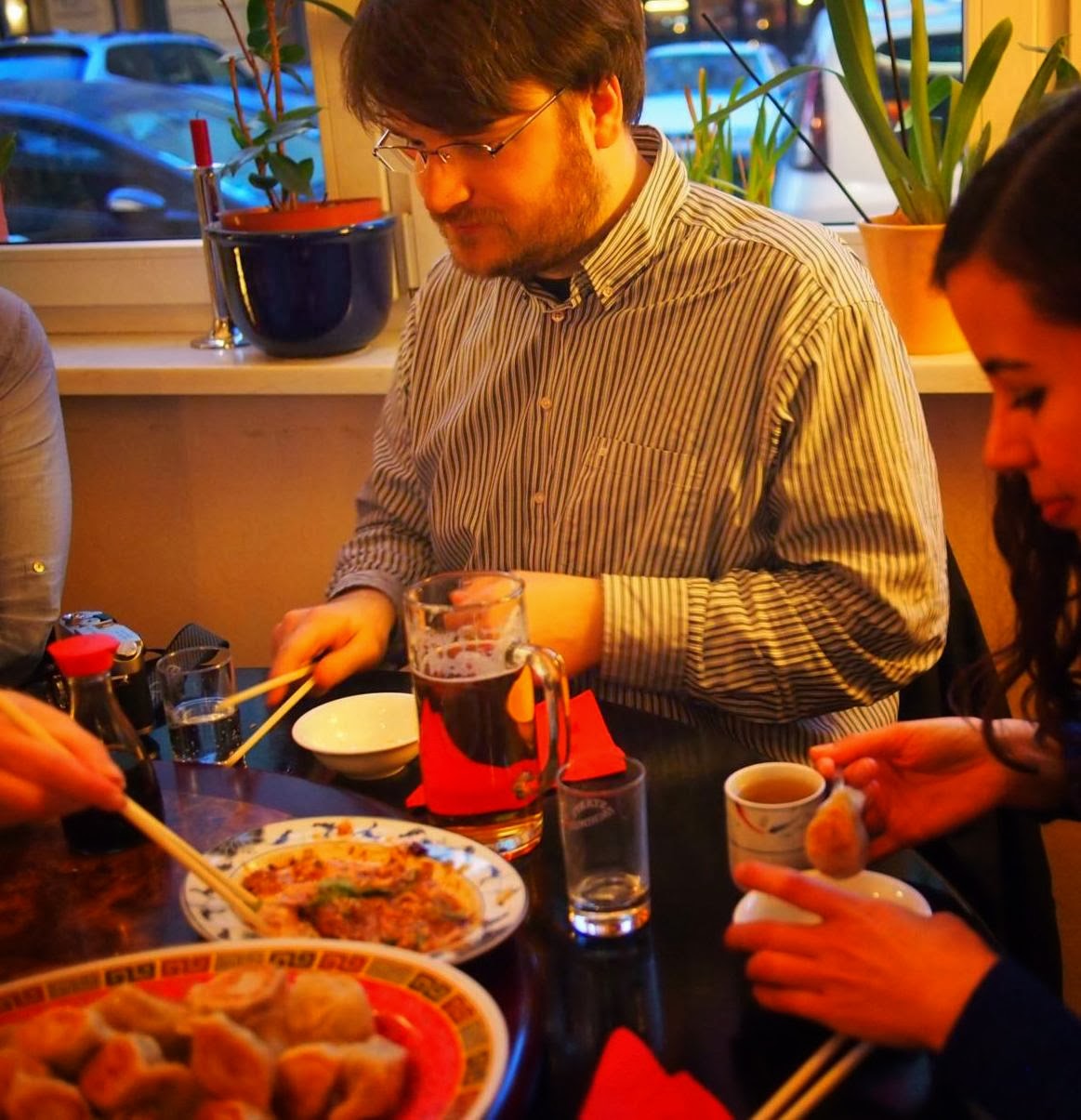 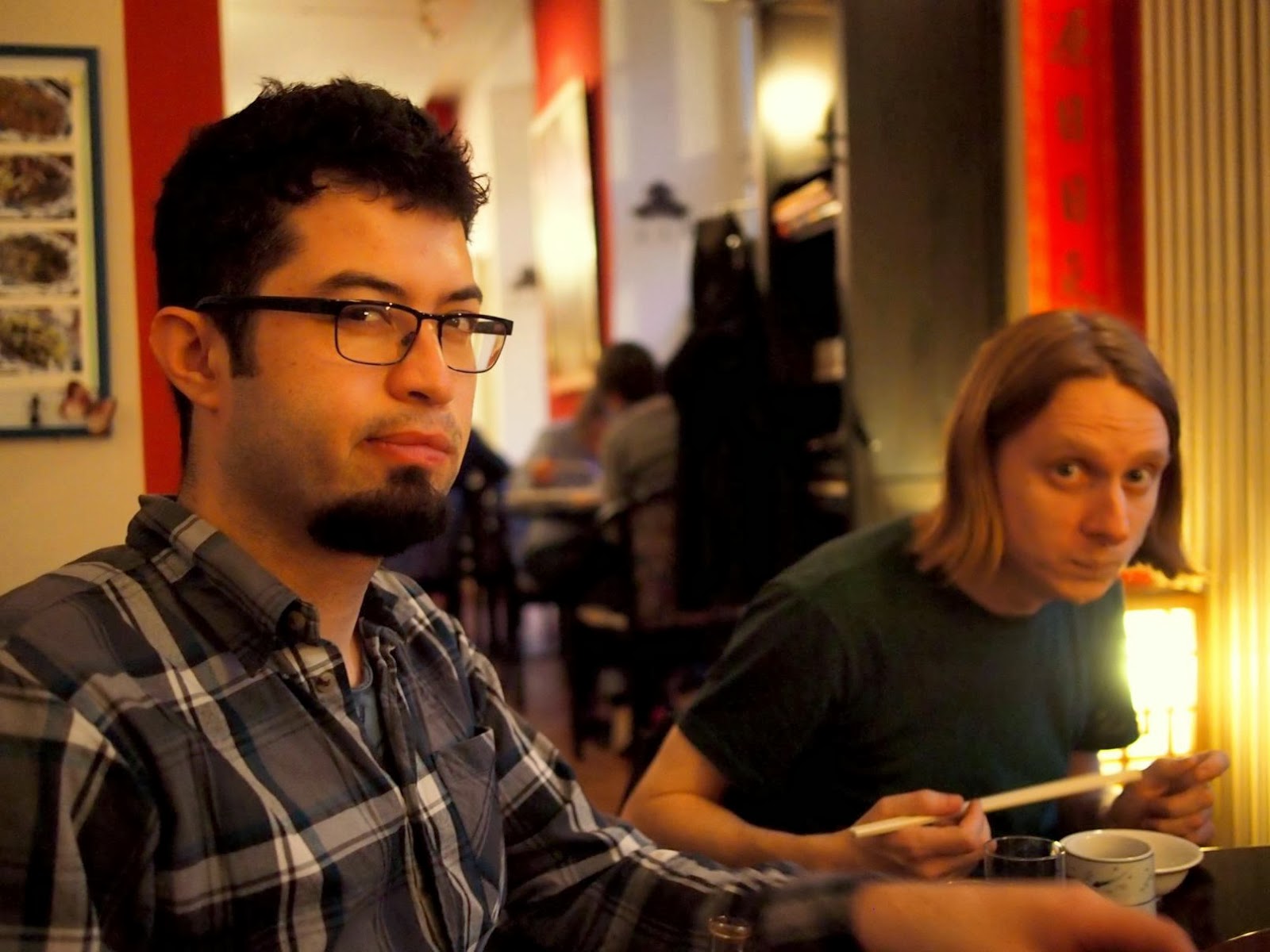 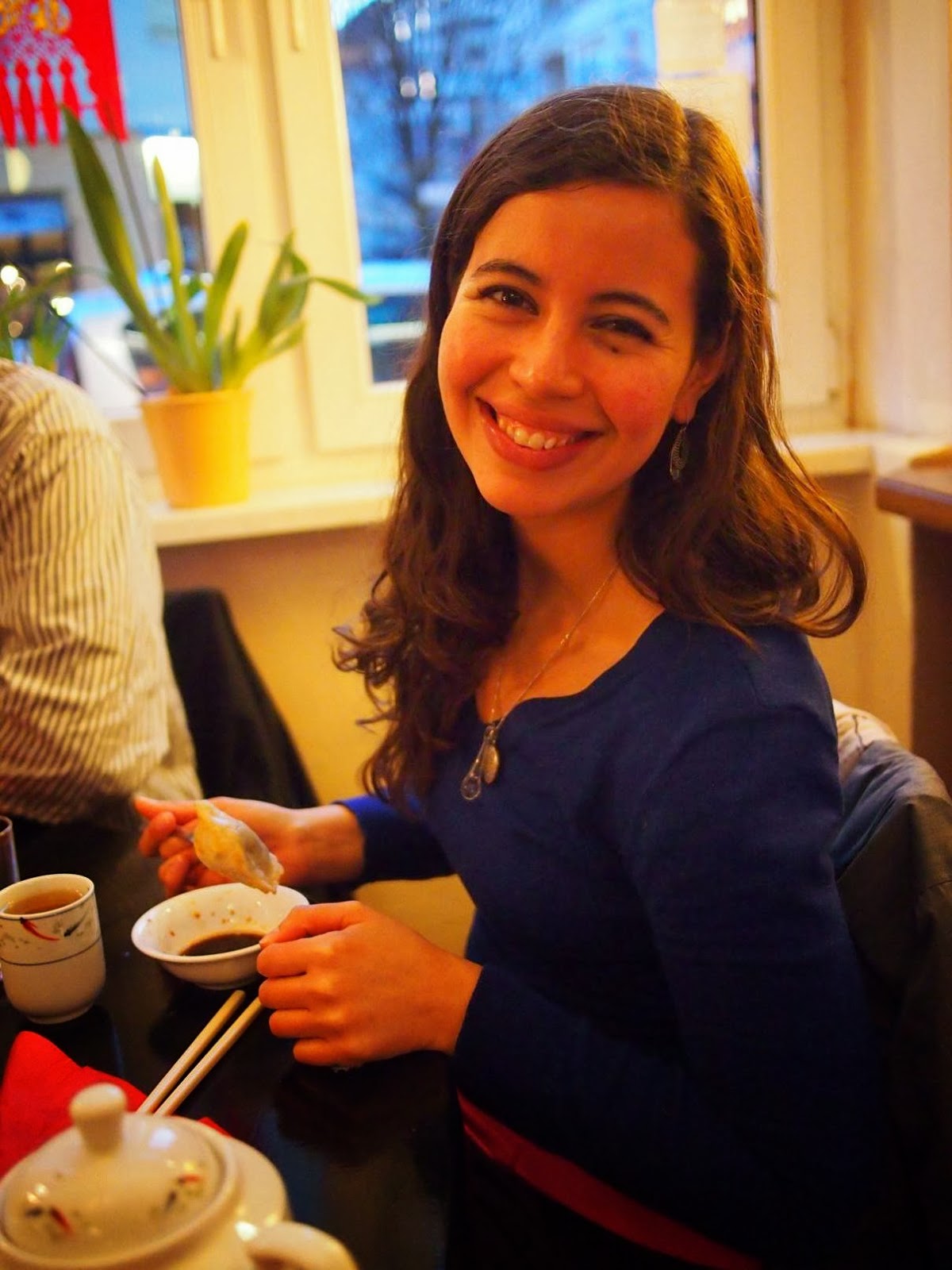 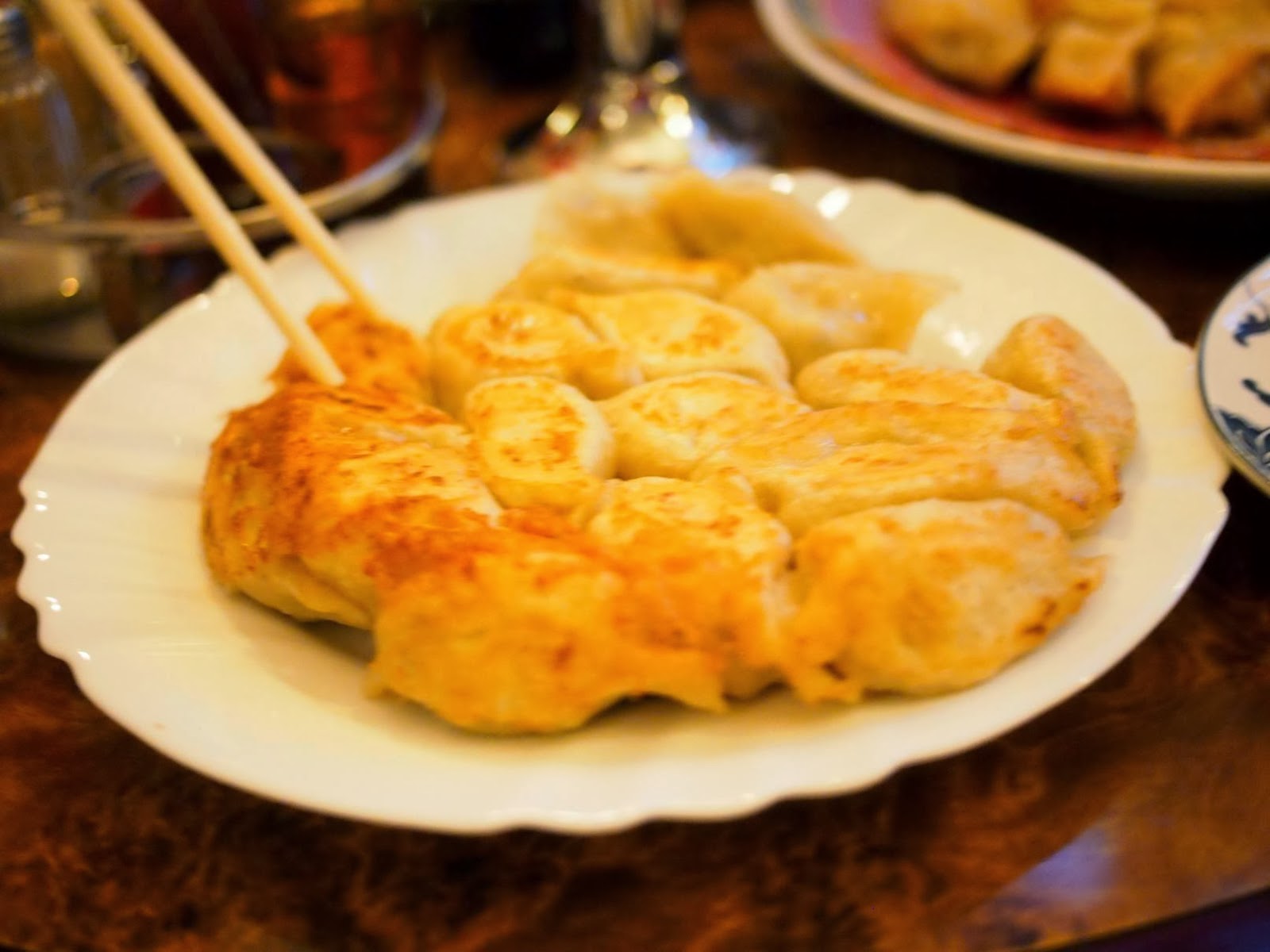 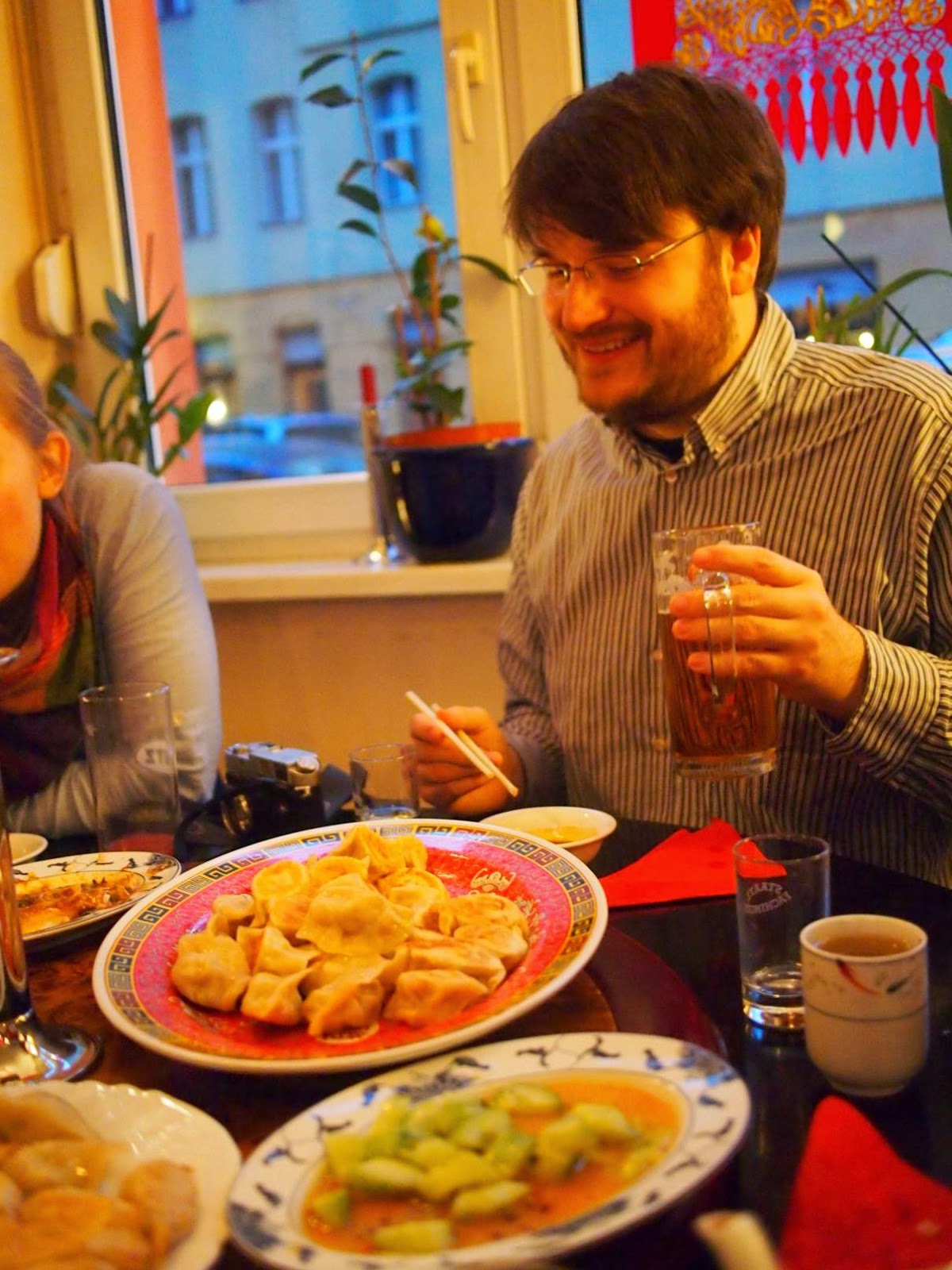 After gorging on dumplings, we headed down the street, round the corner, up another street and 10 blocks over to find…..
WAFFLES 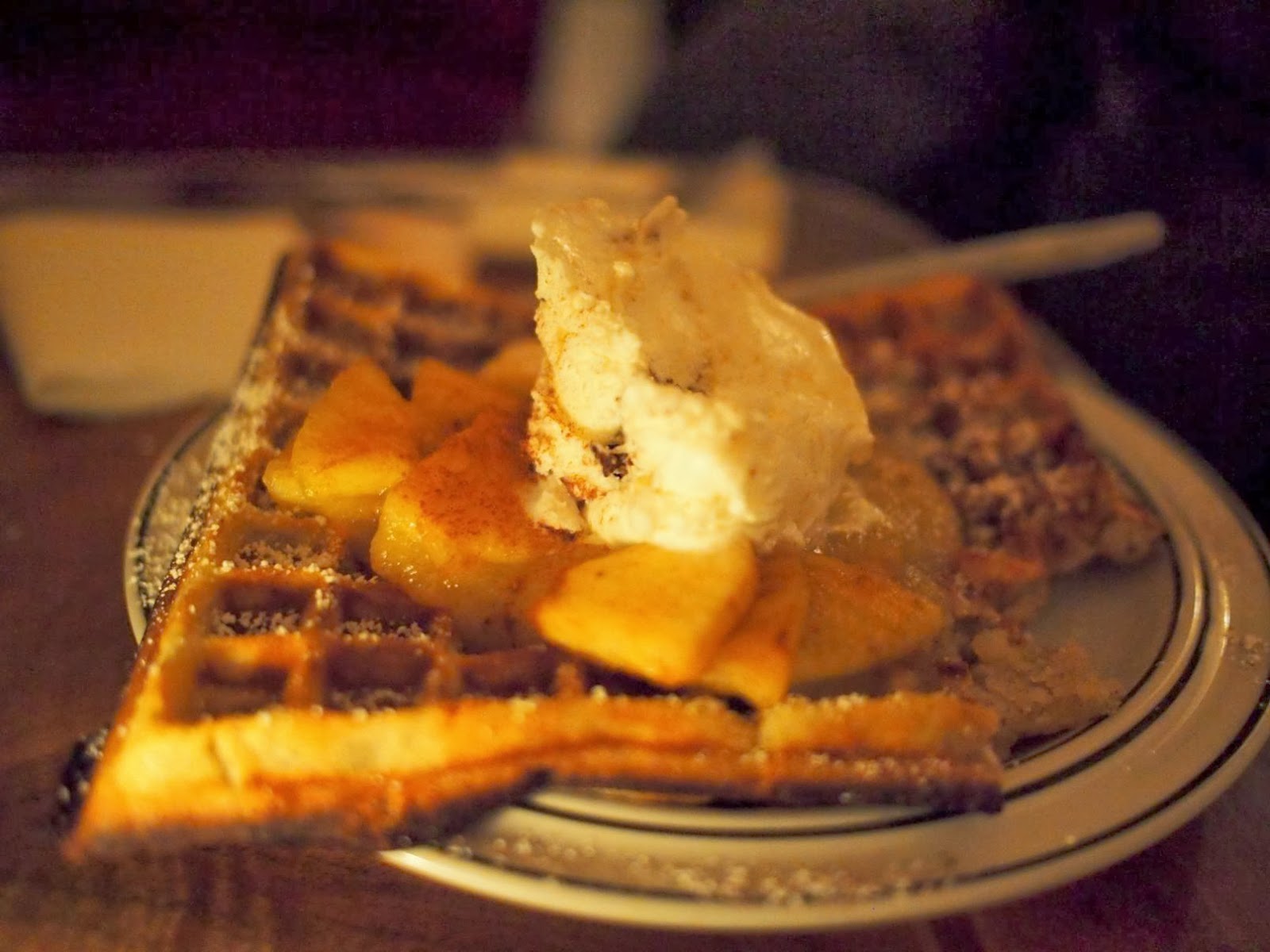 Not technically in the asian wheelhouse, but mine came with green tea icecream, so I like to think that it still counts. 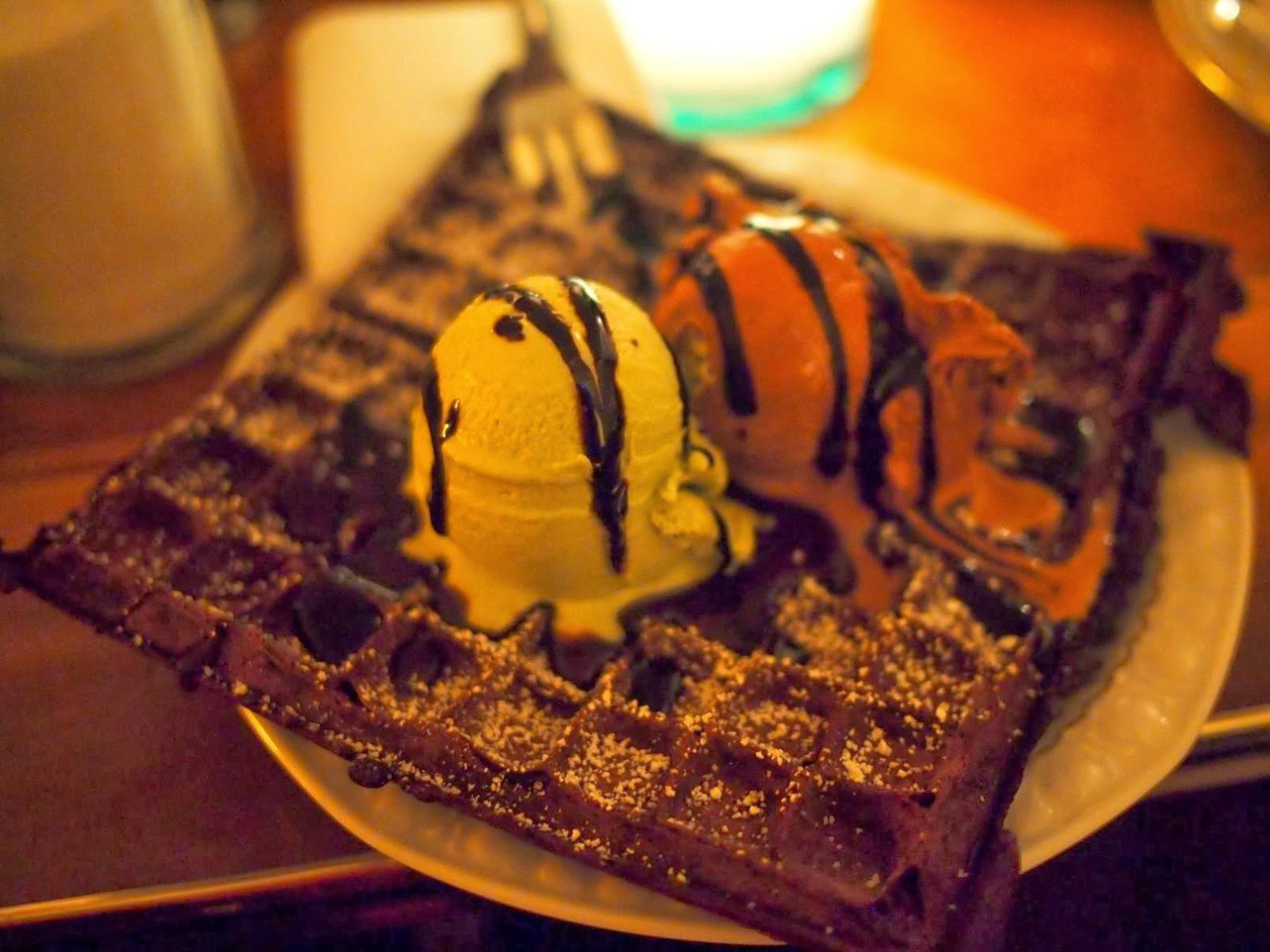 In the name of complete honesty, they were chocolate filled waffles with chocolate (and matcha) icecream, and chocolate sauce. Mmmmmm!

And now, here’s a little montage of us eating things that taste like home: 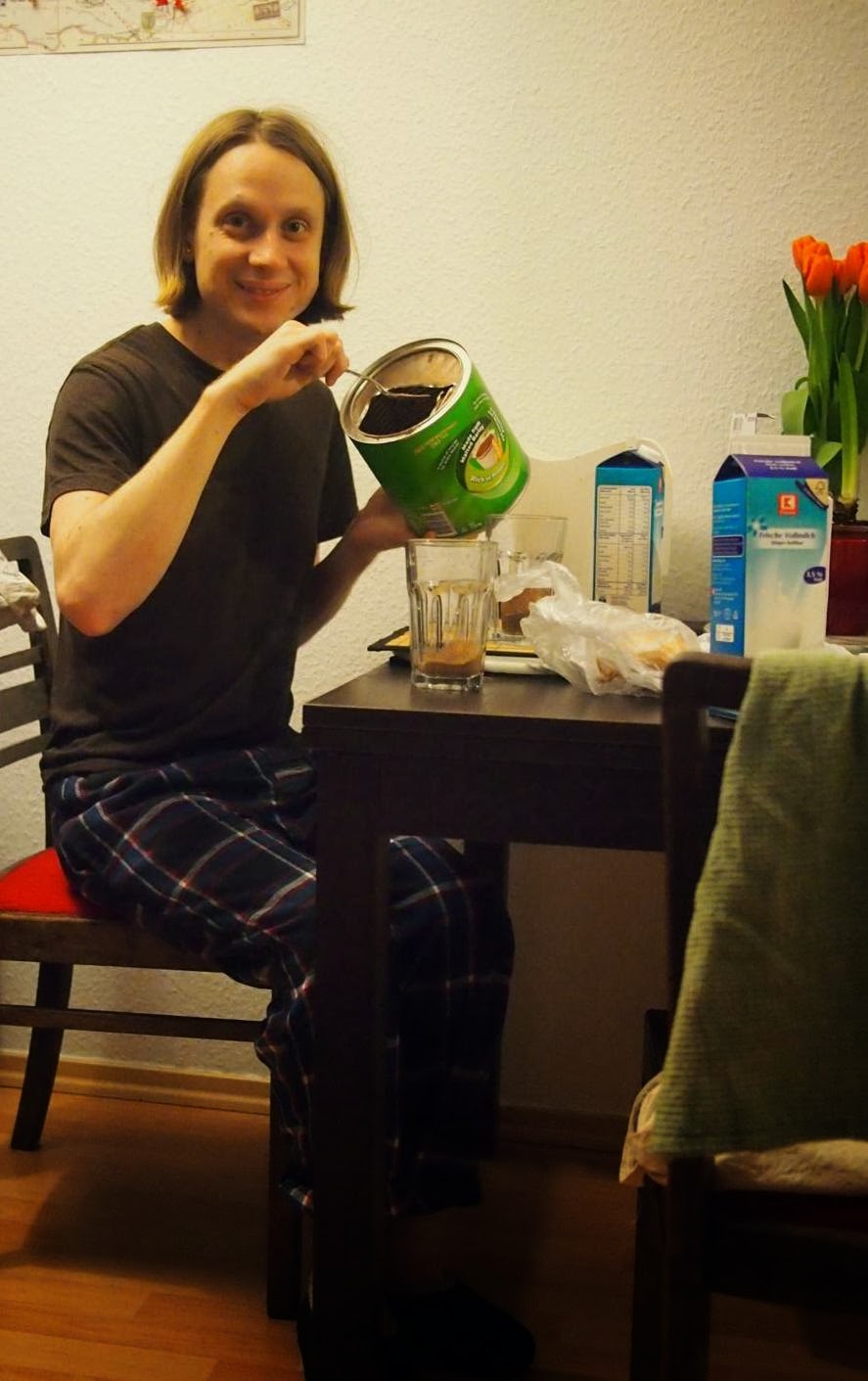 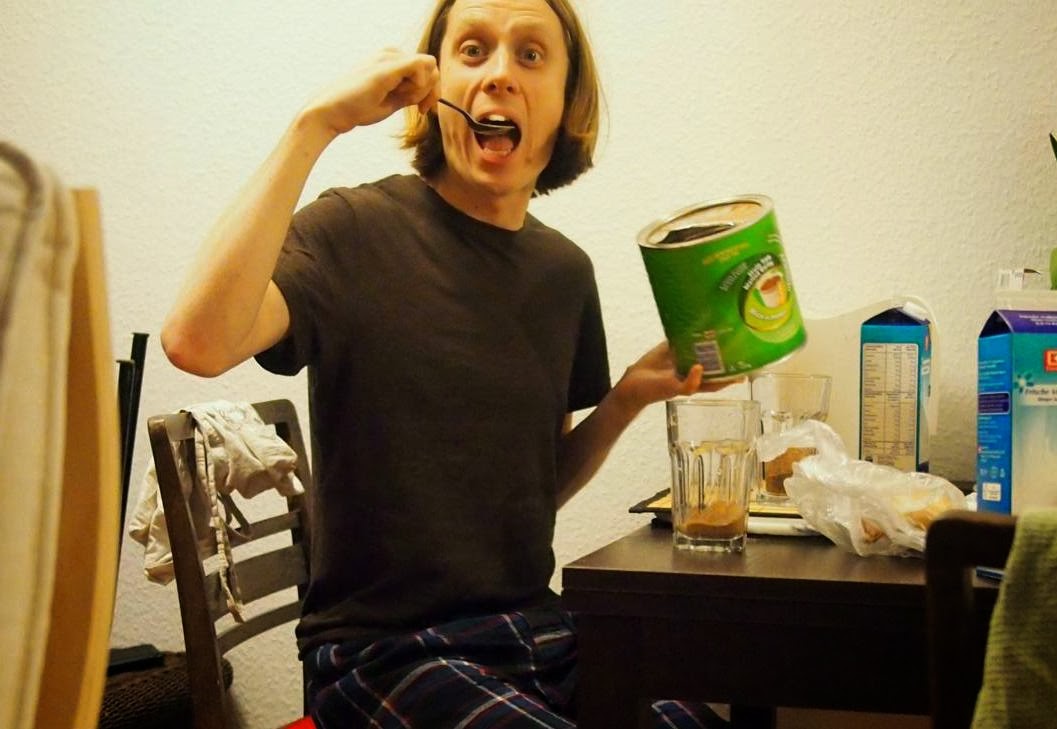 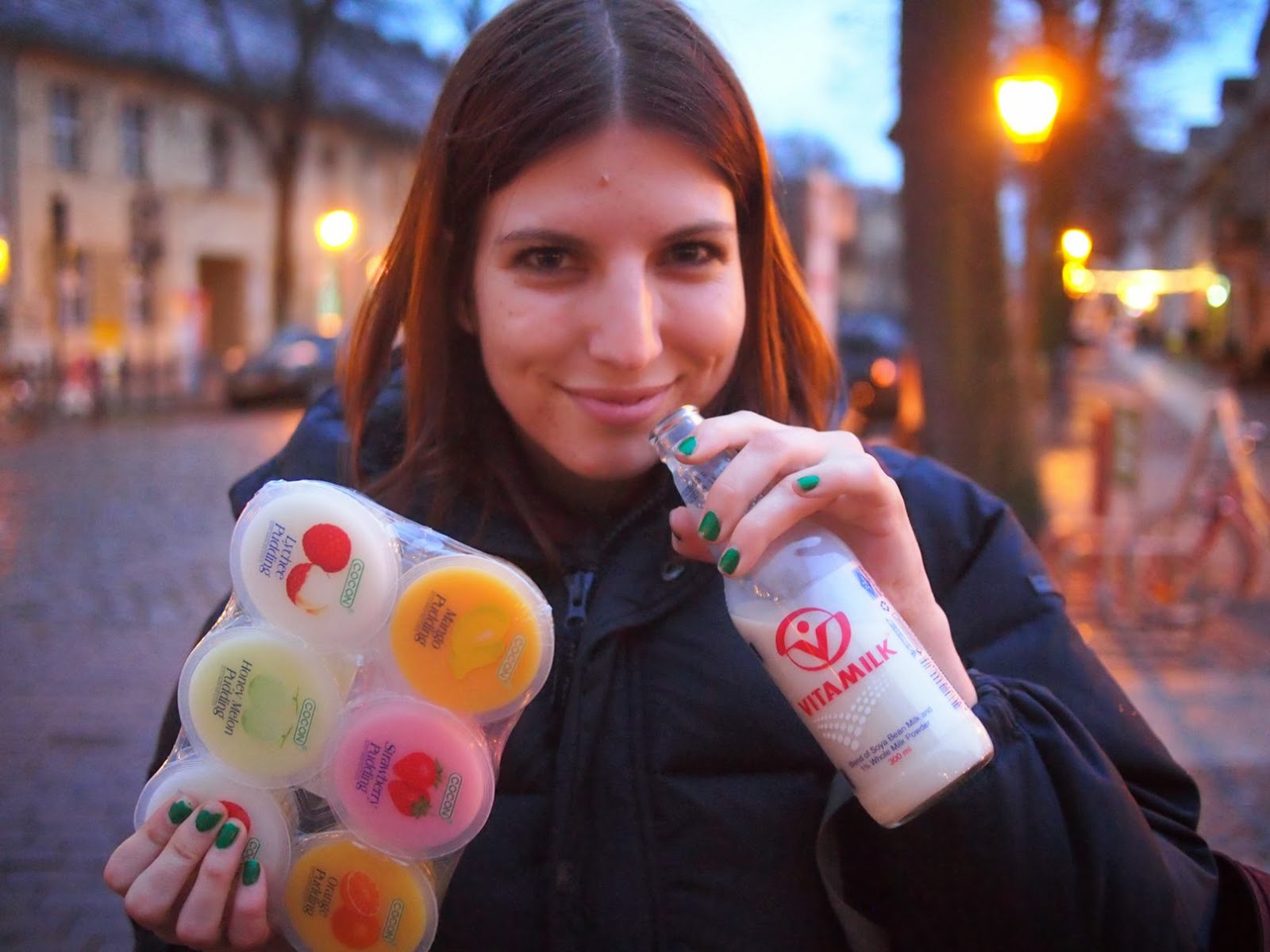 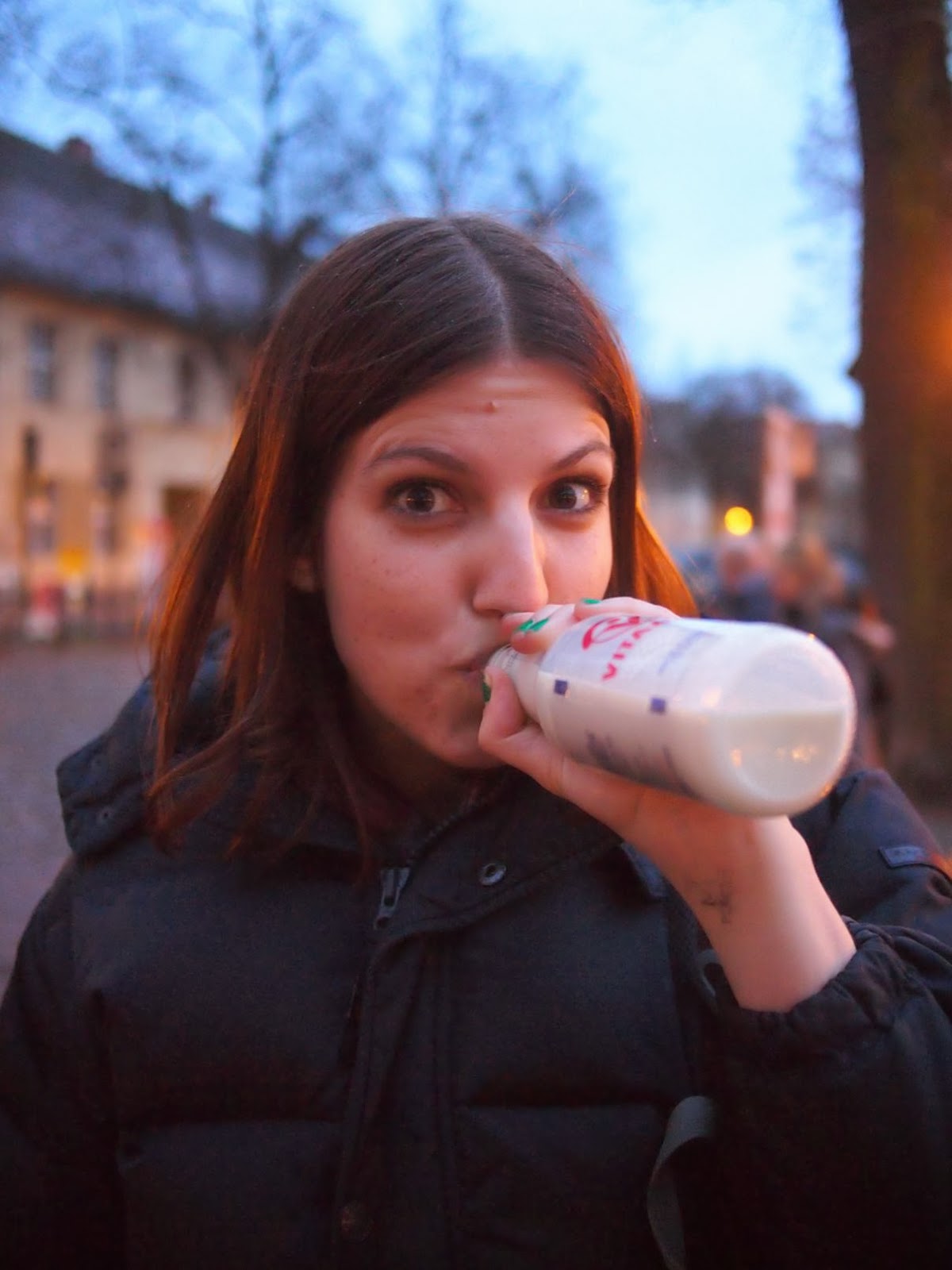 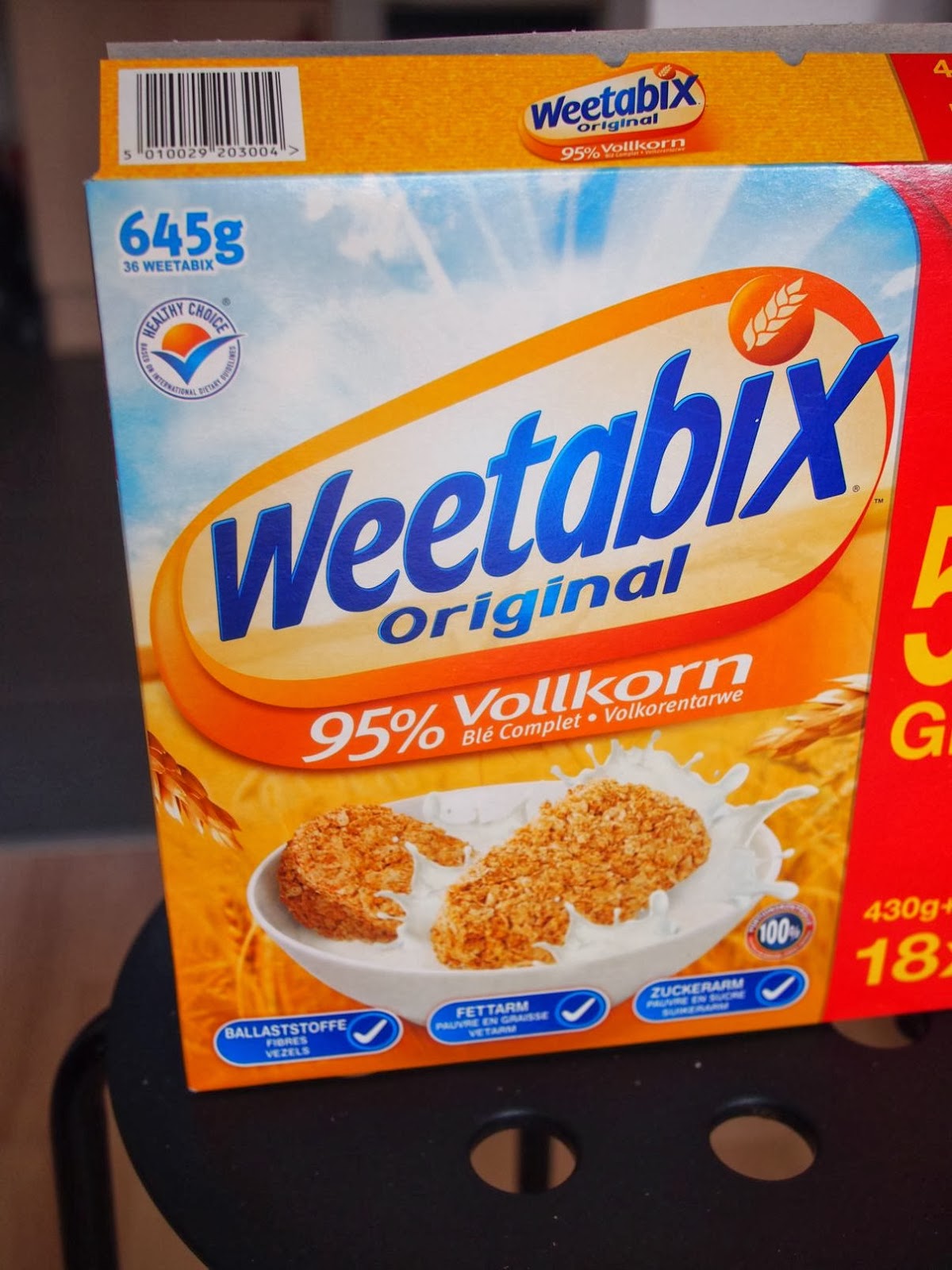 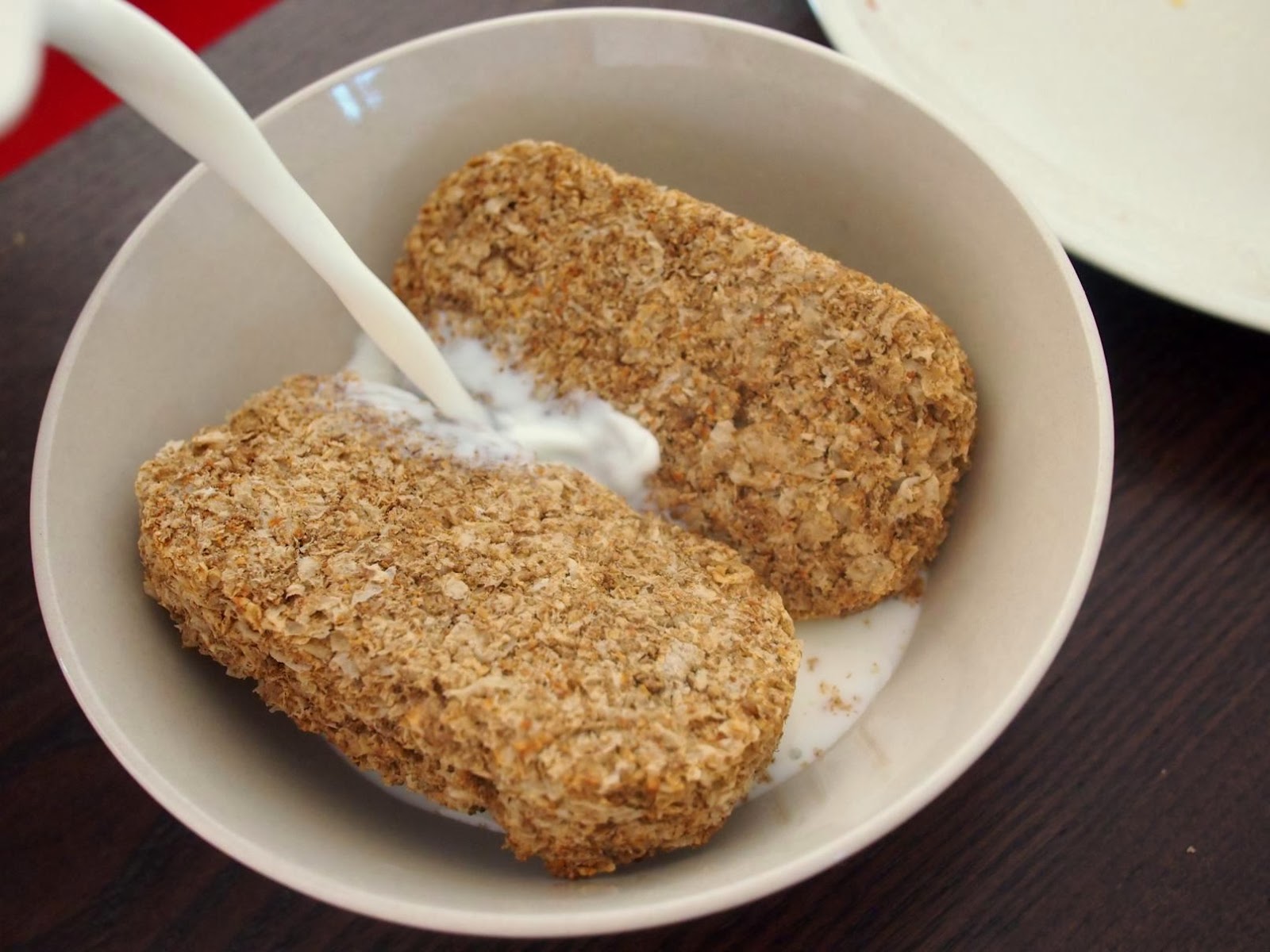 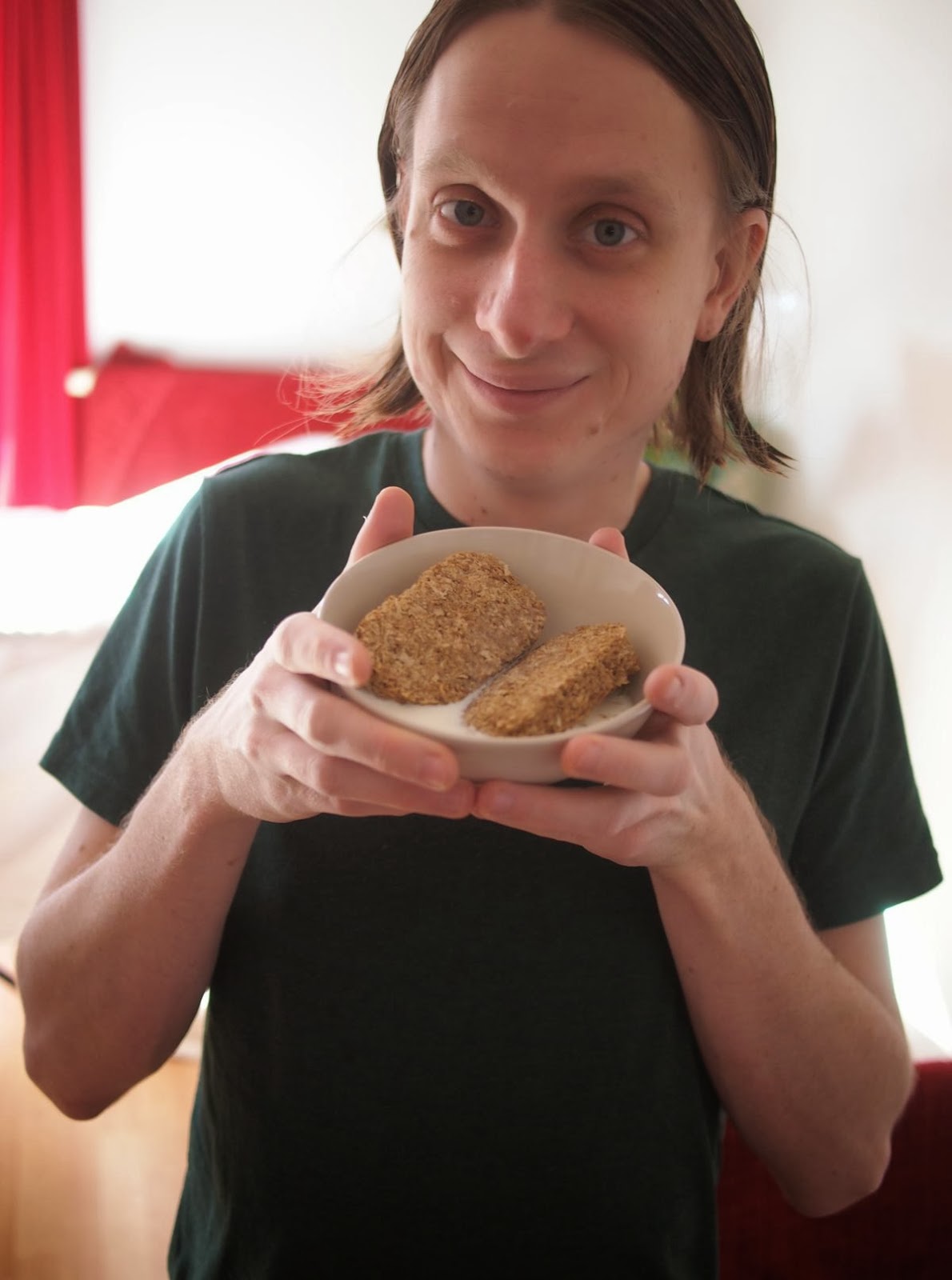 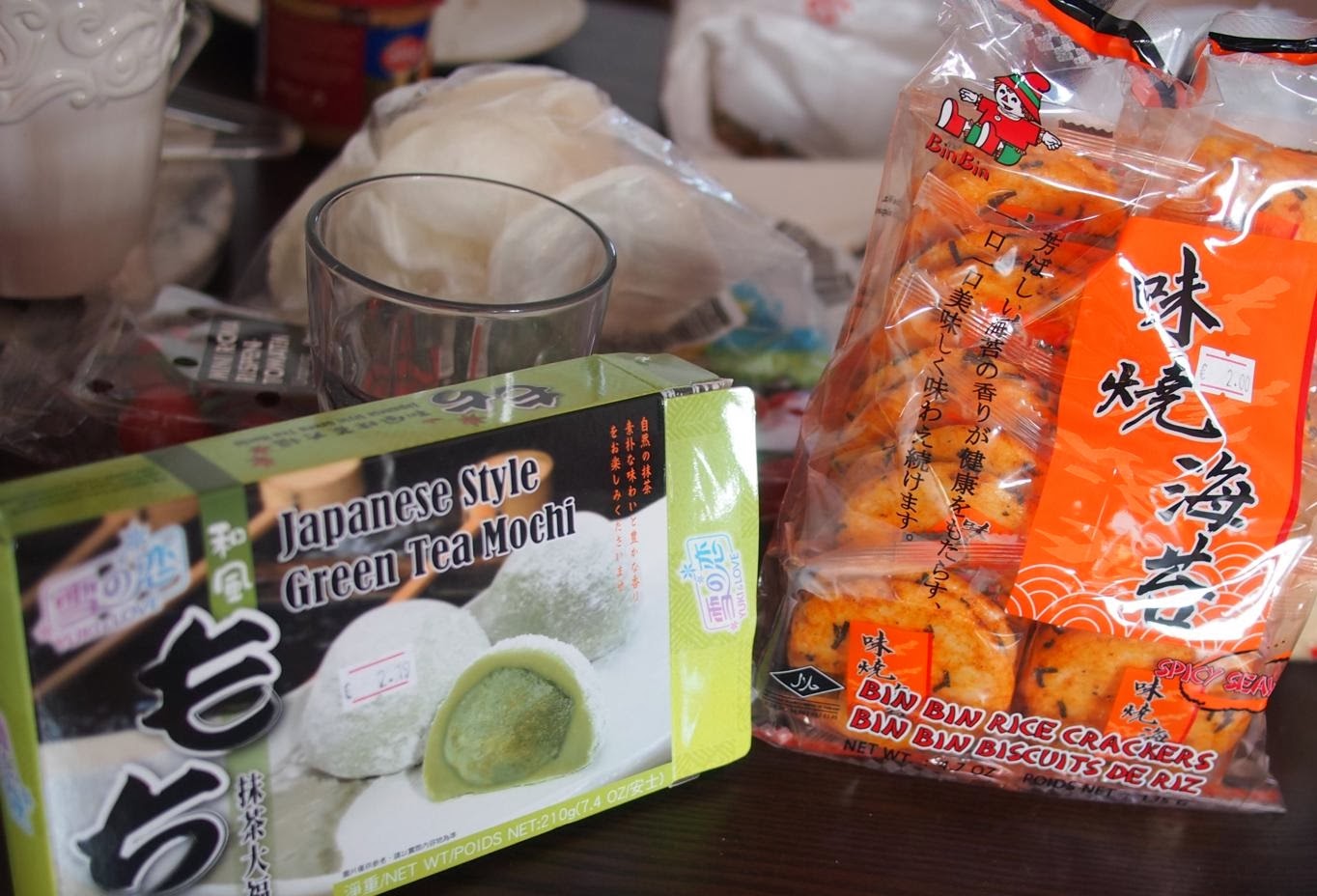