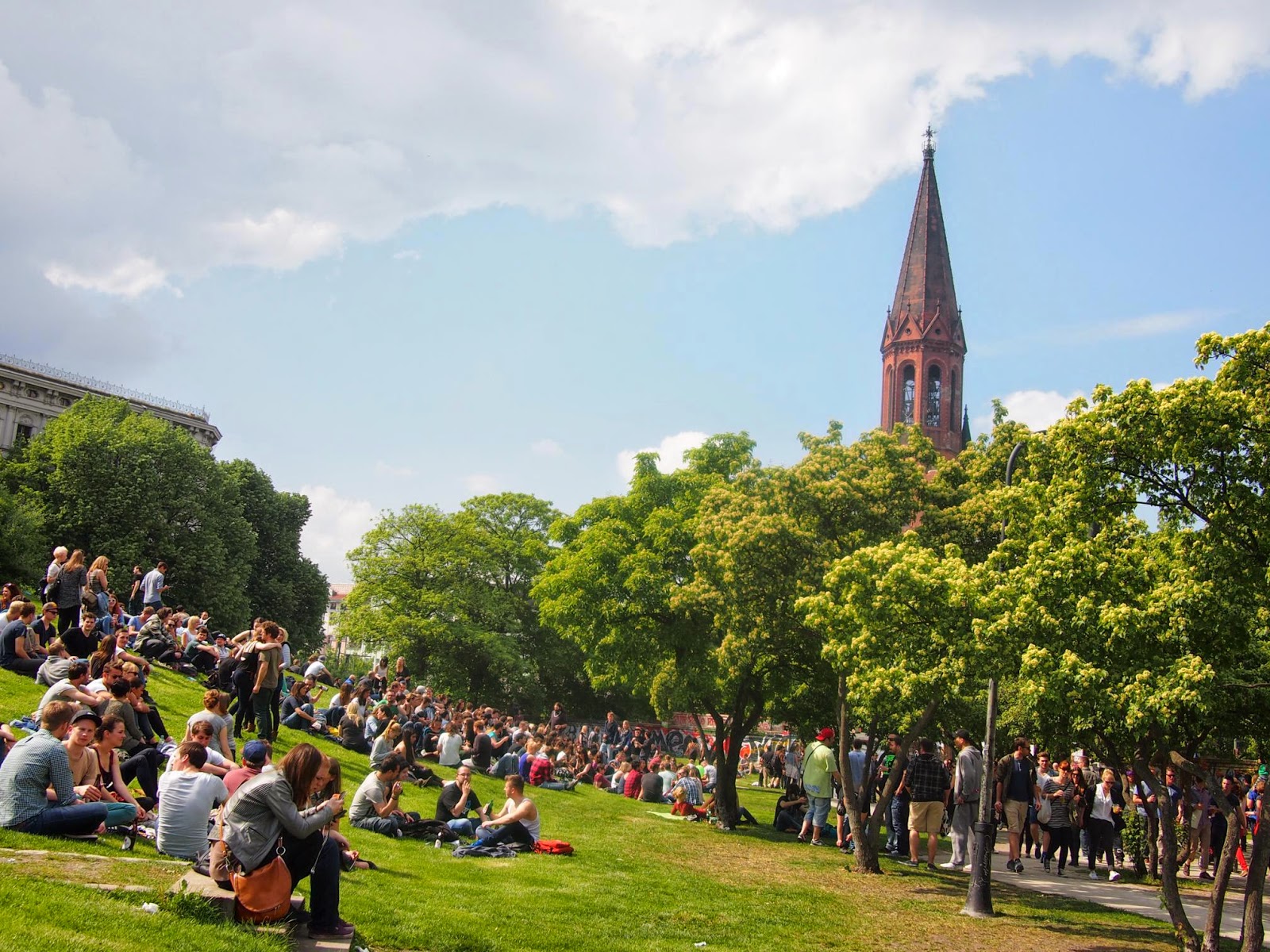 Our current month is one of much activity, and very few full working weeks. We have the four day weekend of Easter, with its accompanying 3-dayer of Christihimmelfahrt (Christ-sky-journey/ascension), and smack bang in the middle of the two: May Day.

Andy and I journeyed to The Big City, to take up in the sun-meandering and face-stuffing that I’m starting to suspect traditionally accompanies any German public holiday (the ones without sun have Gluhwein to keep you warm from the inside out!). 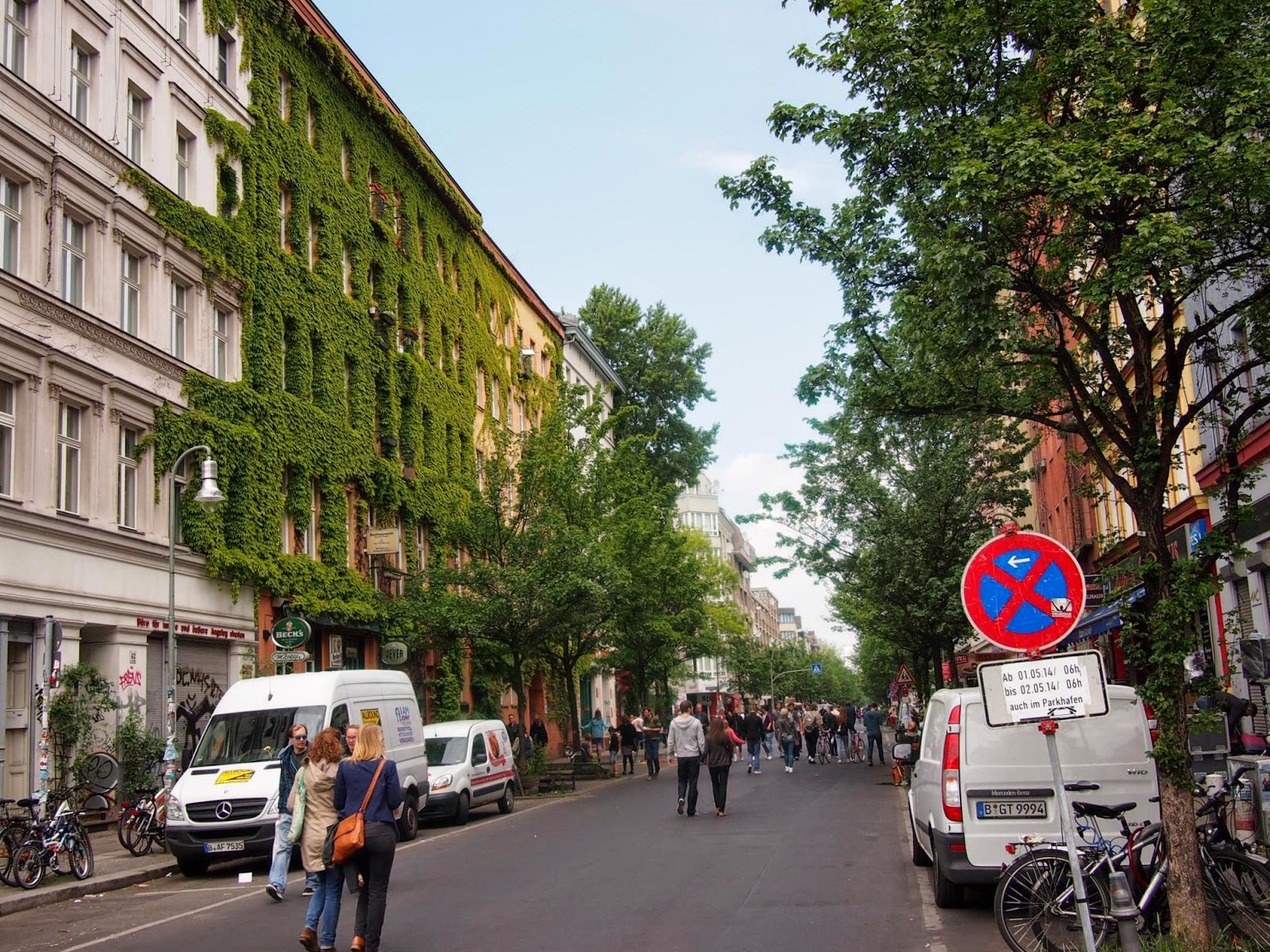 When we arrived with Asdru and Nadia near Gorlitzer park, the food was just starting up, which meant the people were not yet at Zombie-apocalypse-swarm levels. 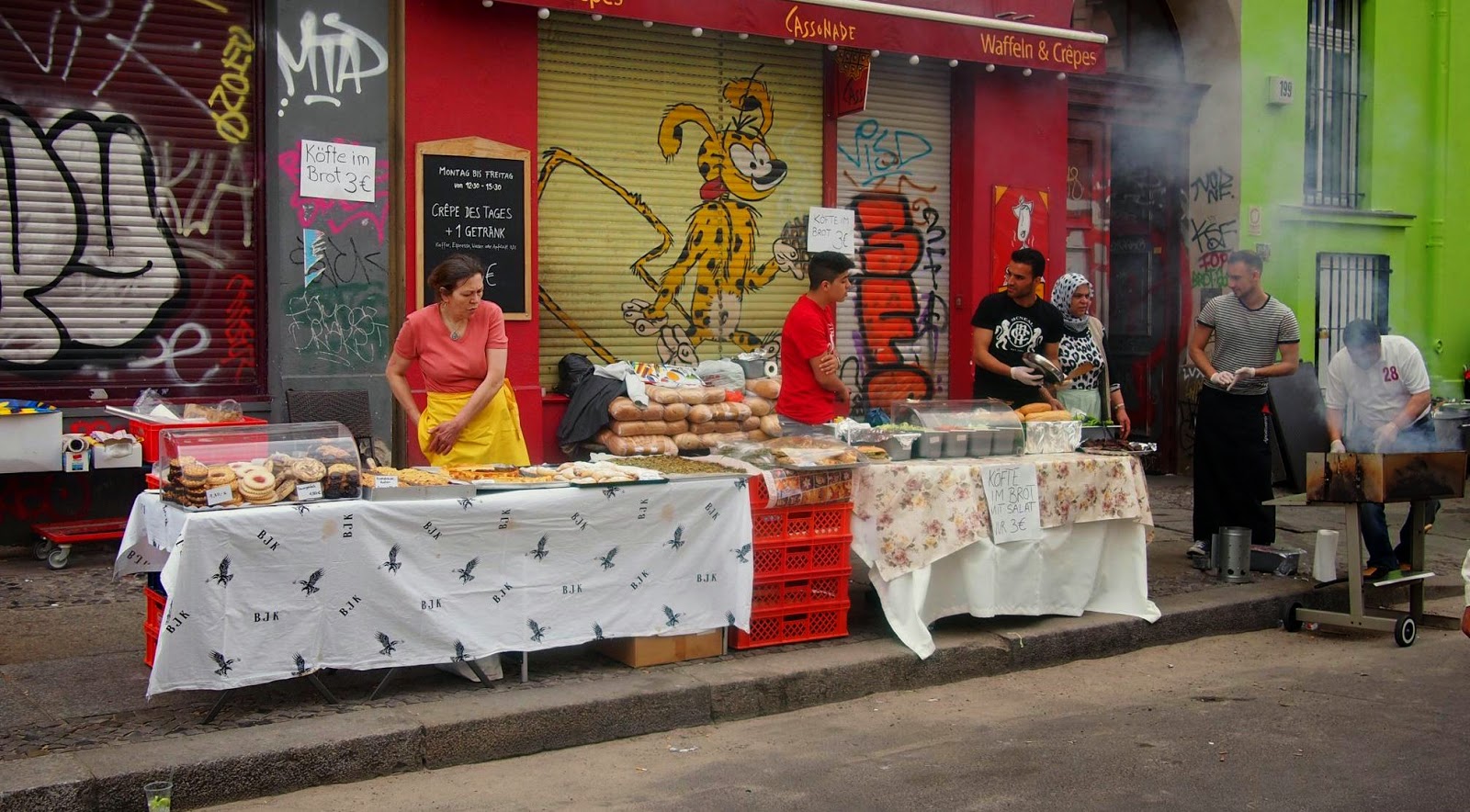 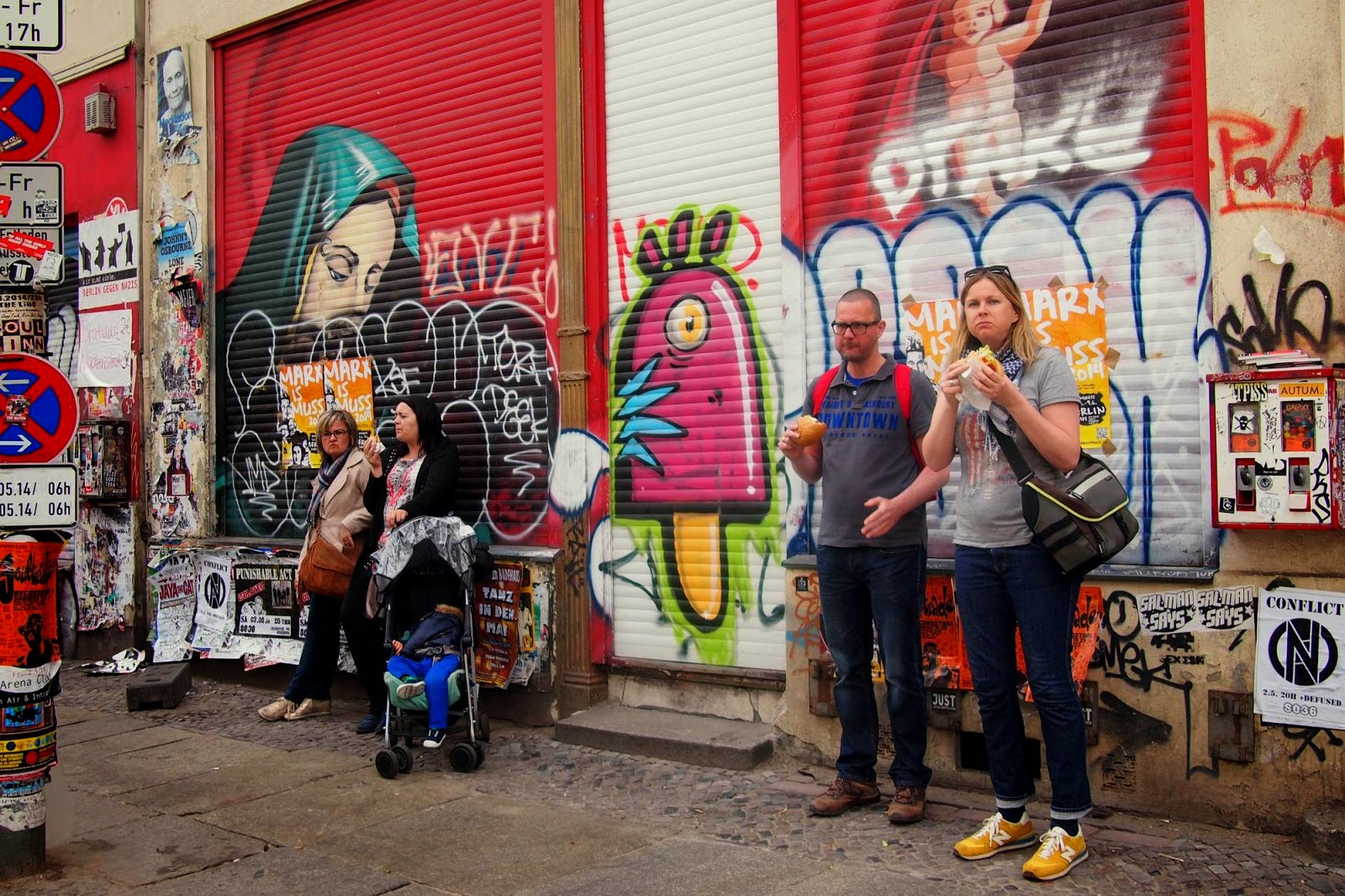 The food itself was fairly repetitive. Of the non-cafe stuff, probably 90 % was Turkish food featuring about 5 or 6 possible objects, and a fairly large portion of the remaining was cakes.

What I was most impressed/amused by were the people who didn’t really have a proper planned stall, but had just headed out on the day to see if they could make a few bucks: 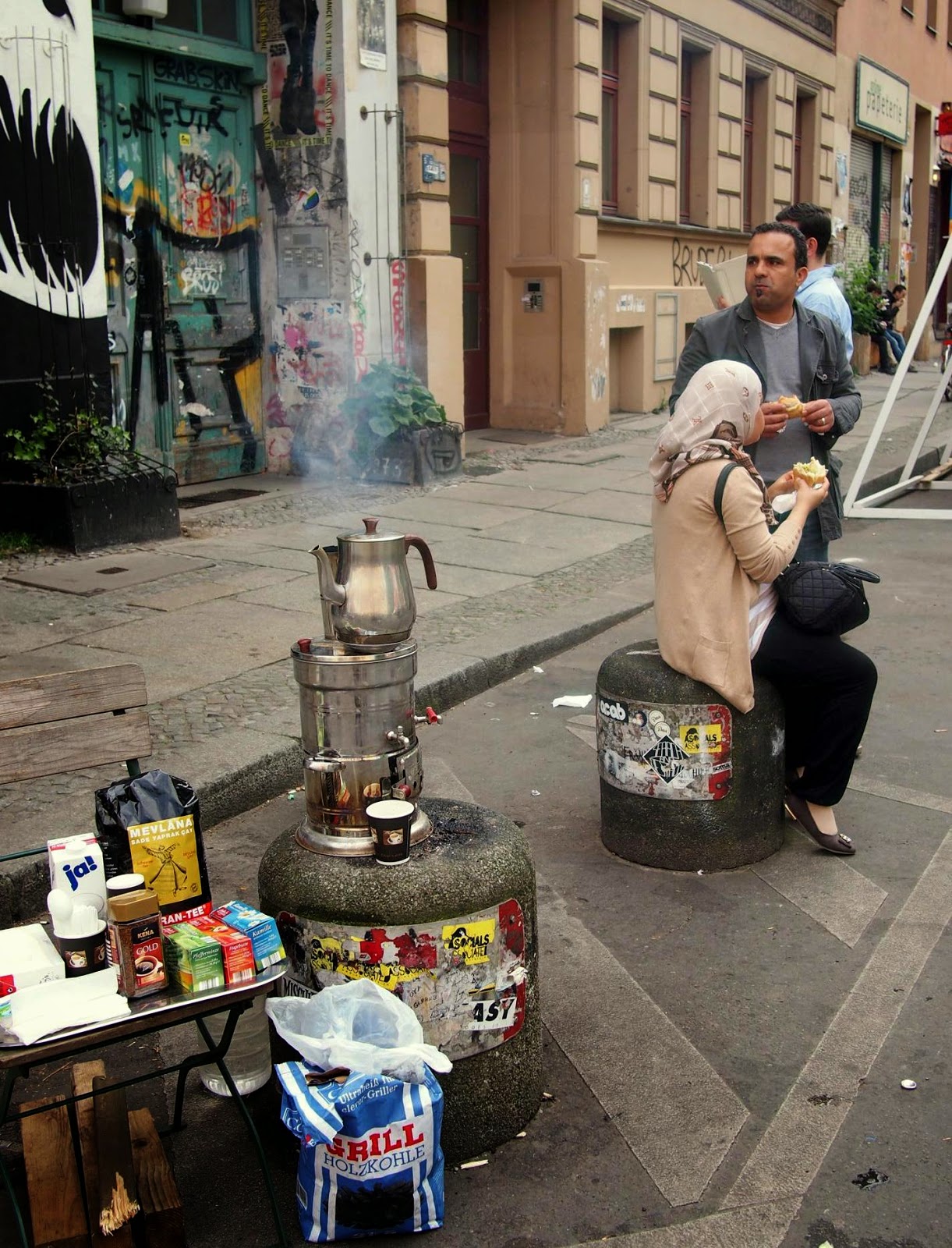 Most noteworthy in my opinion, were the two guys who had set up ladders in the middle of the street, and were charging 1 euro to go up and take (one!) photo. I decided to pass on the opportunity.

Meanwhile, Andy and Nadia decided not to pass on the tasty-morsel option. 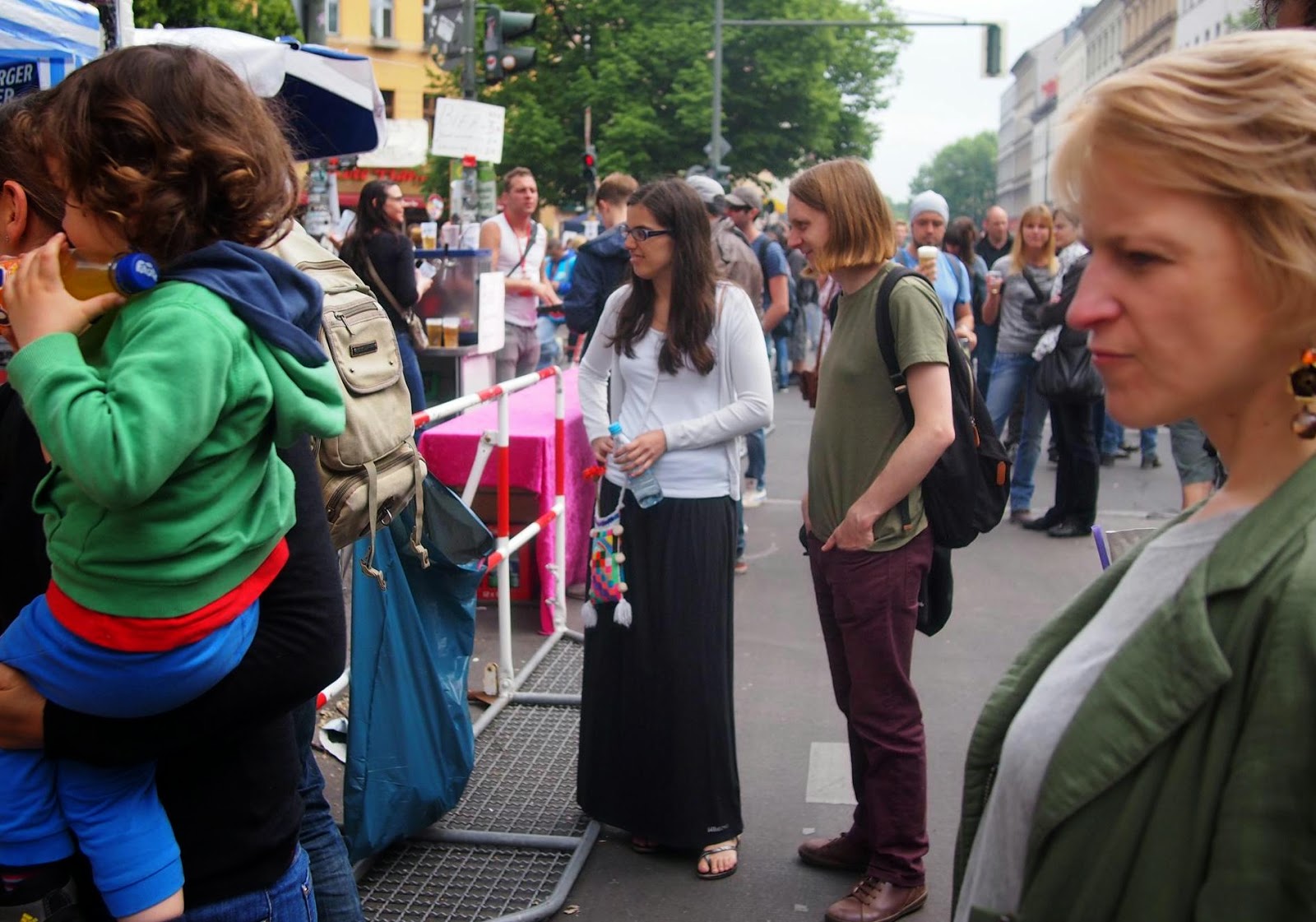 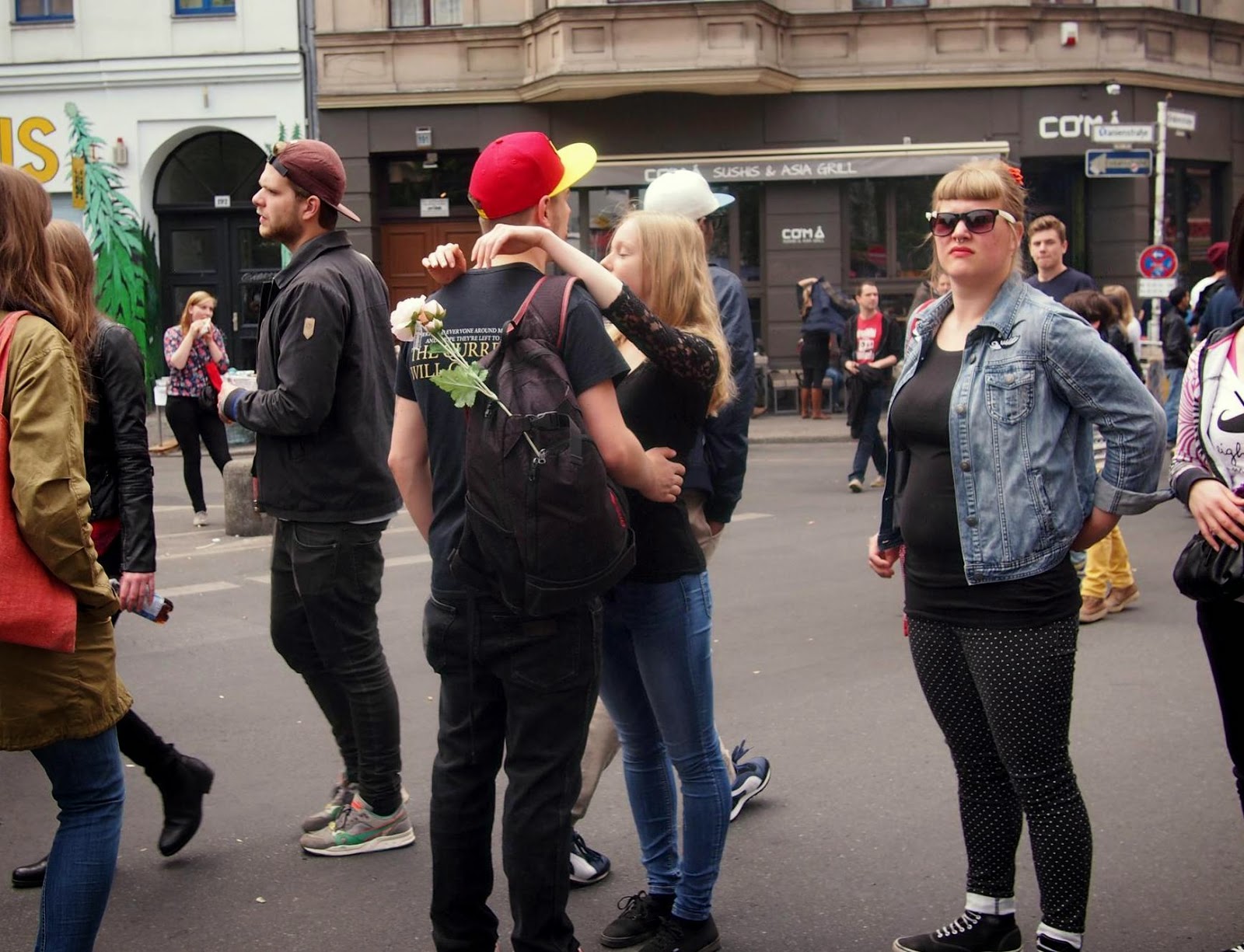 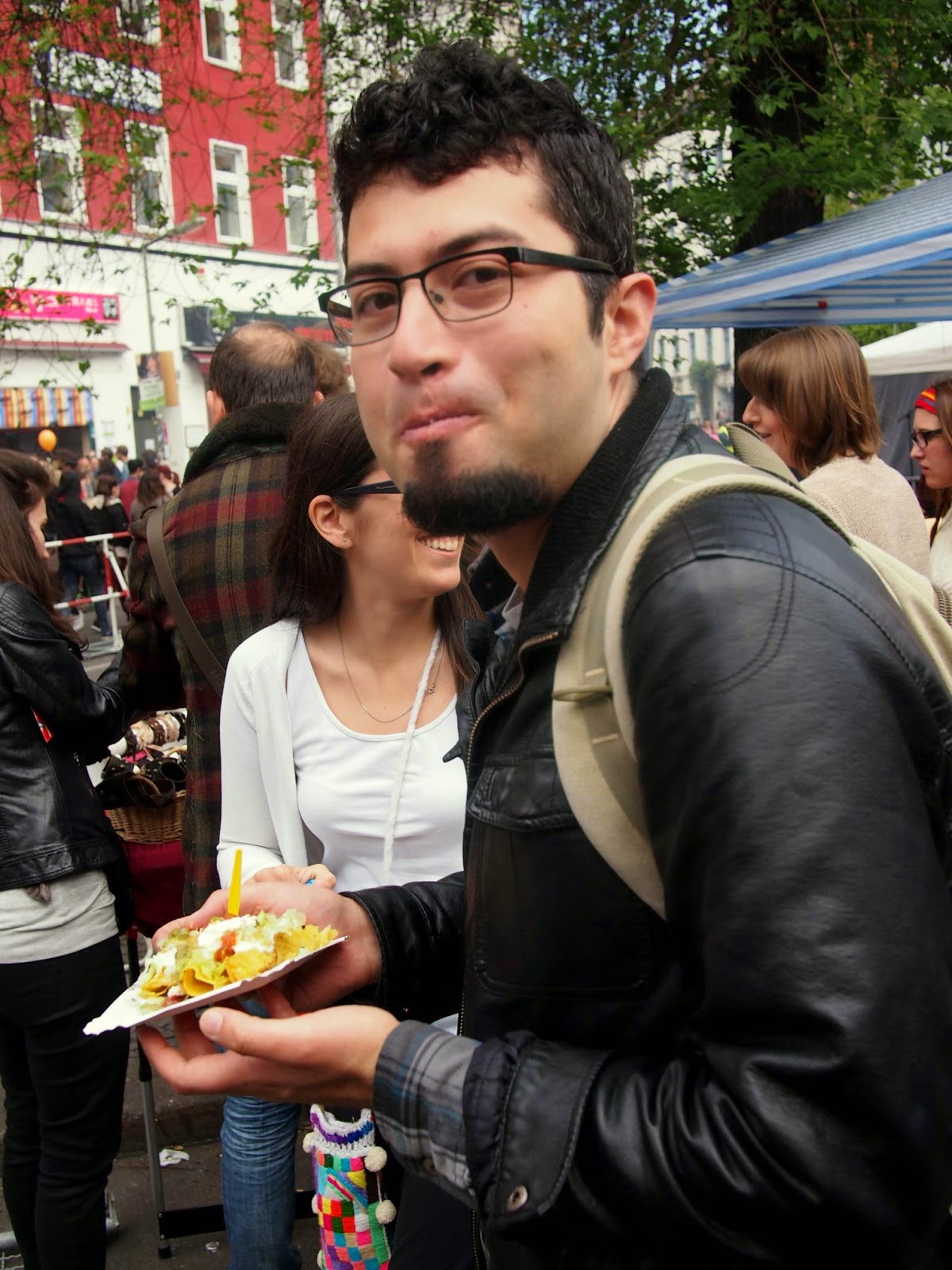 … and we traveled on past other tasty delights 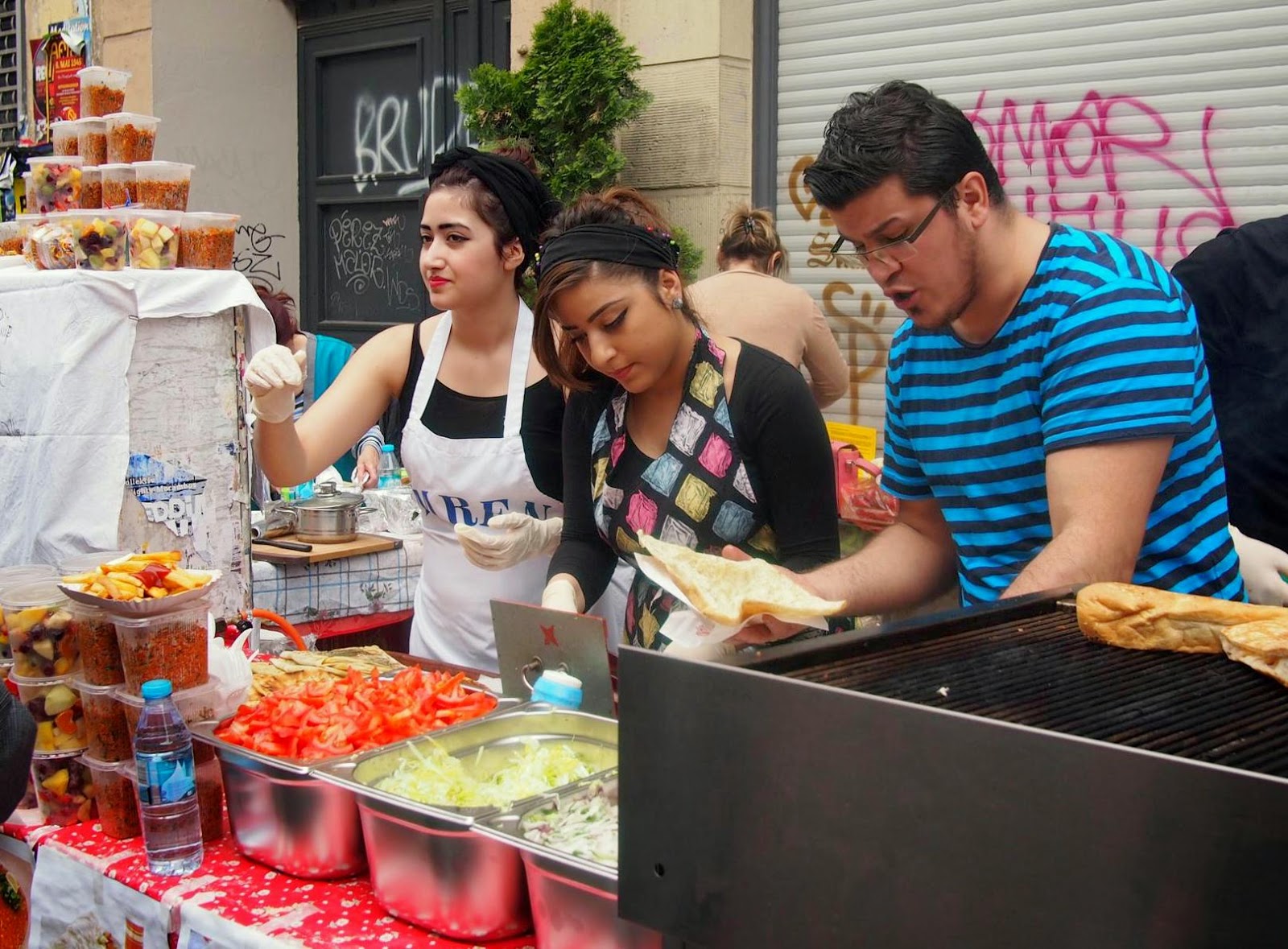 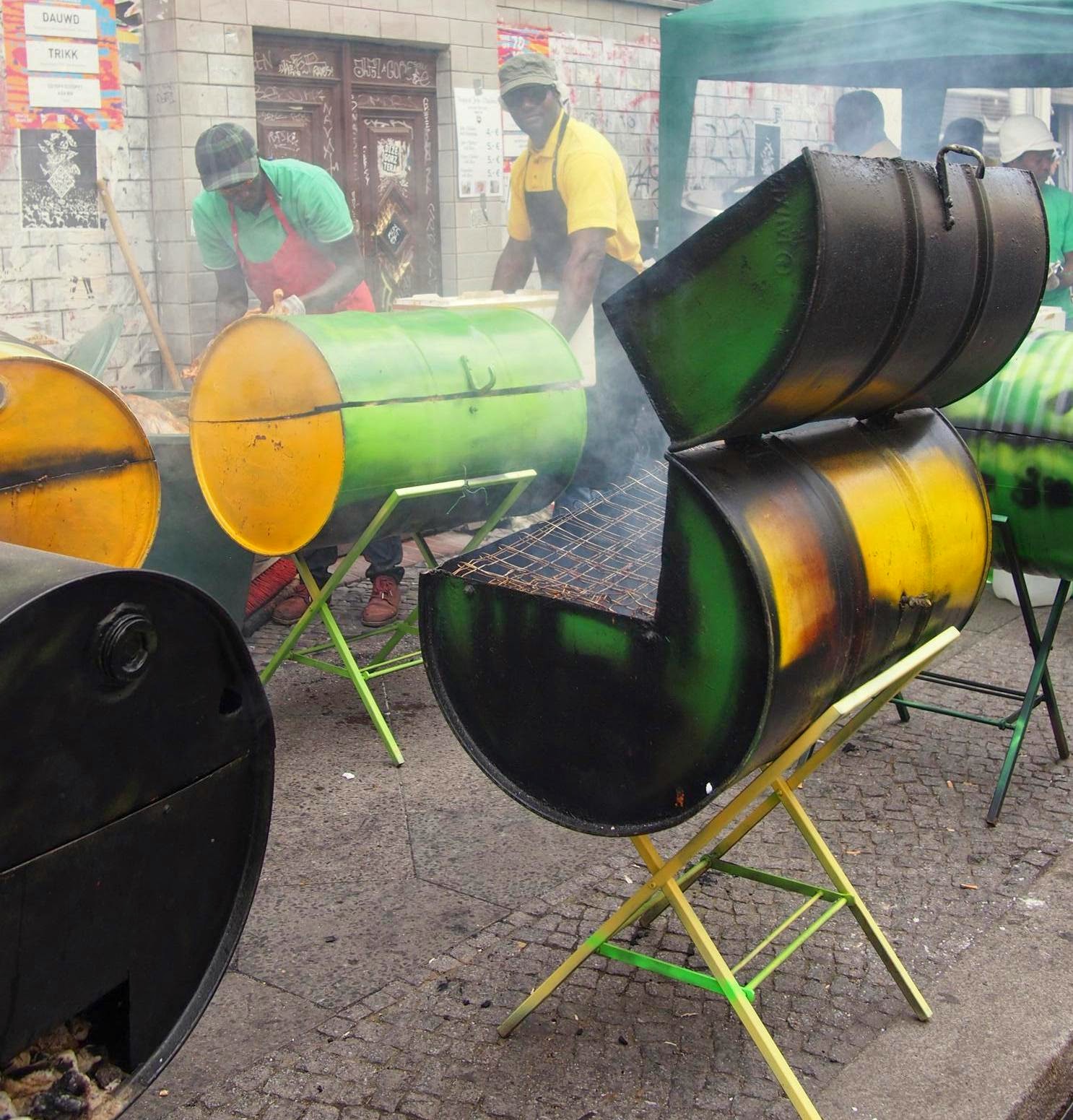 The people continued to pour in, and things started getting crowded. 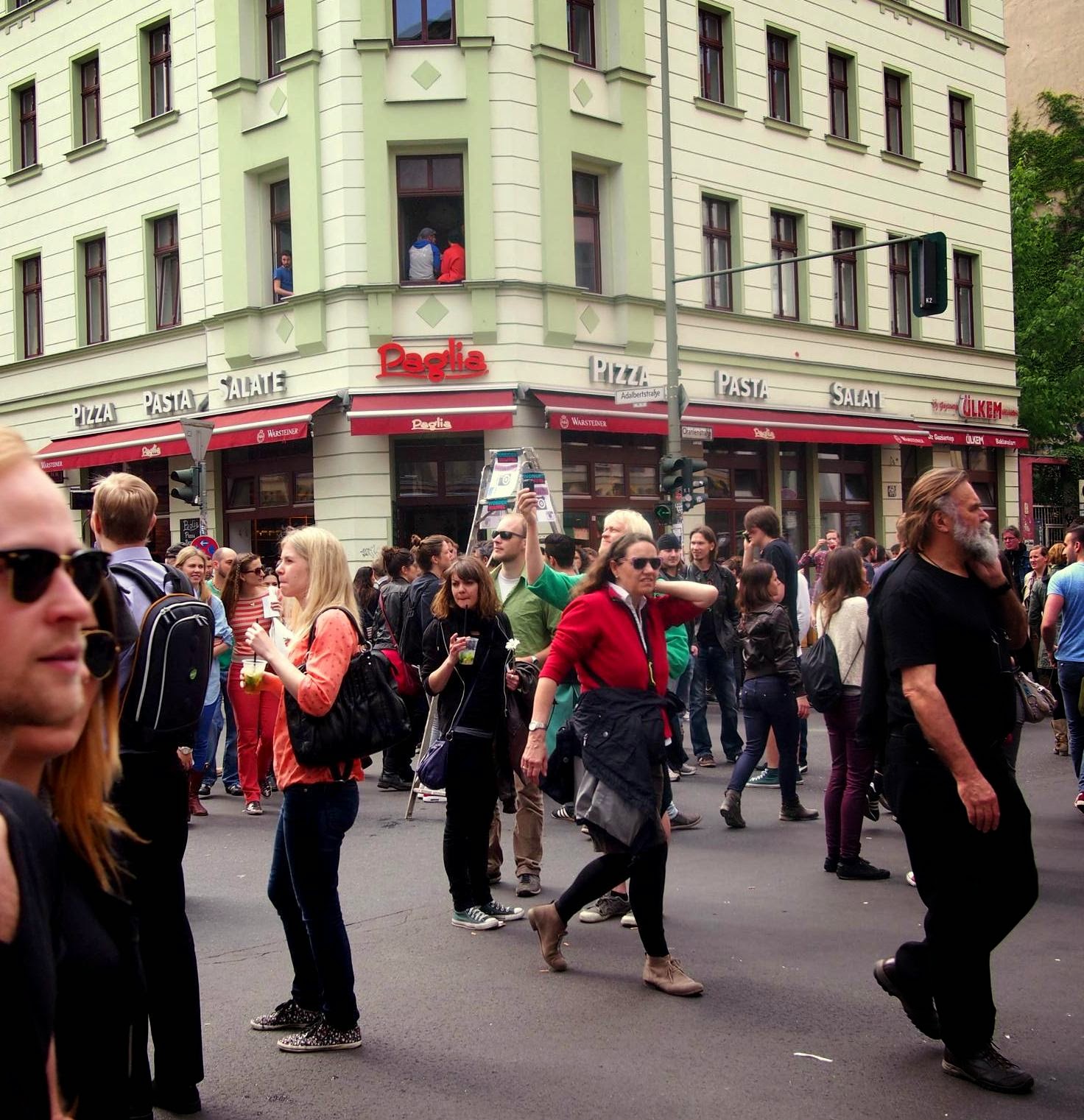 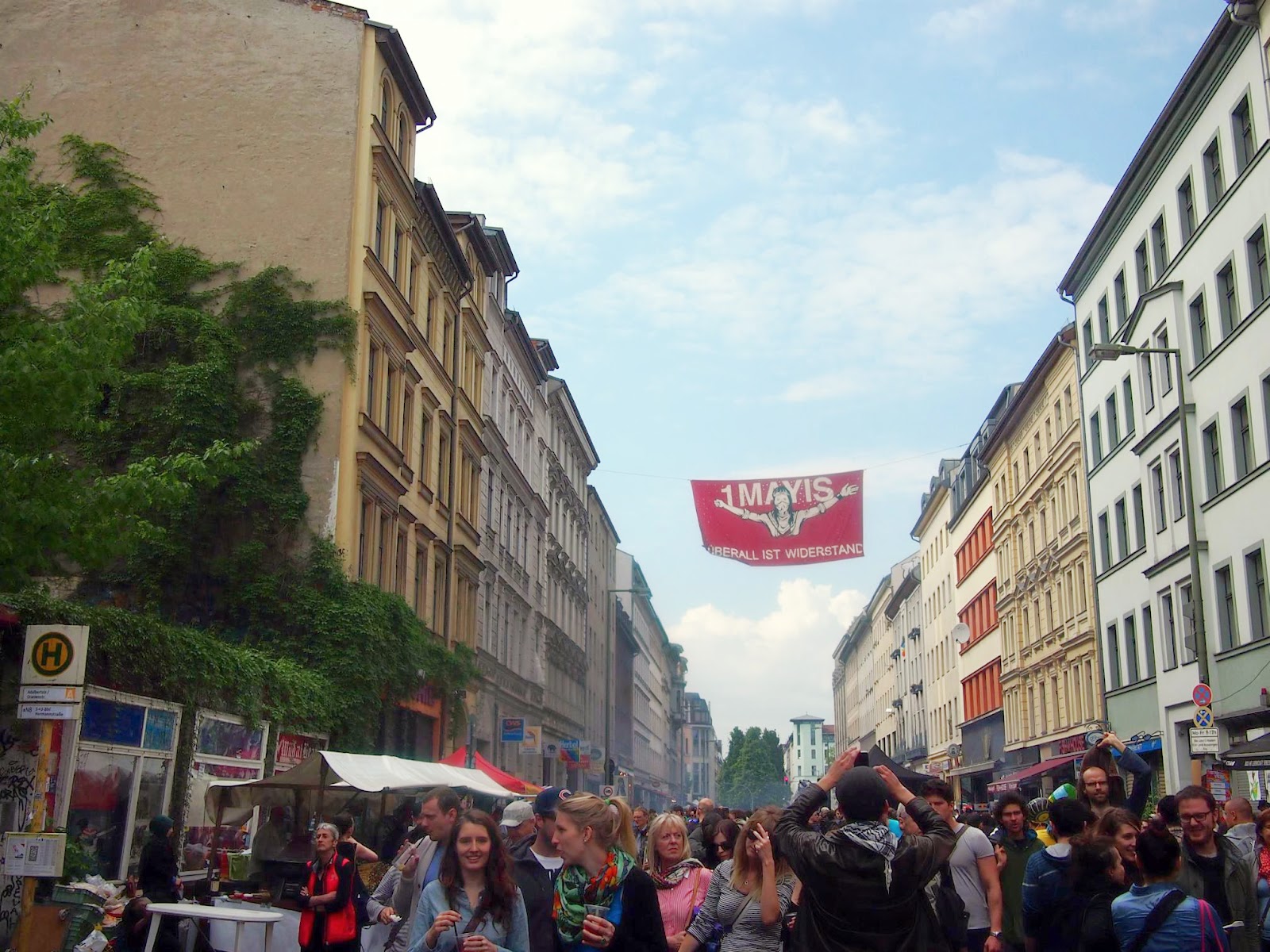 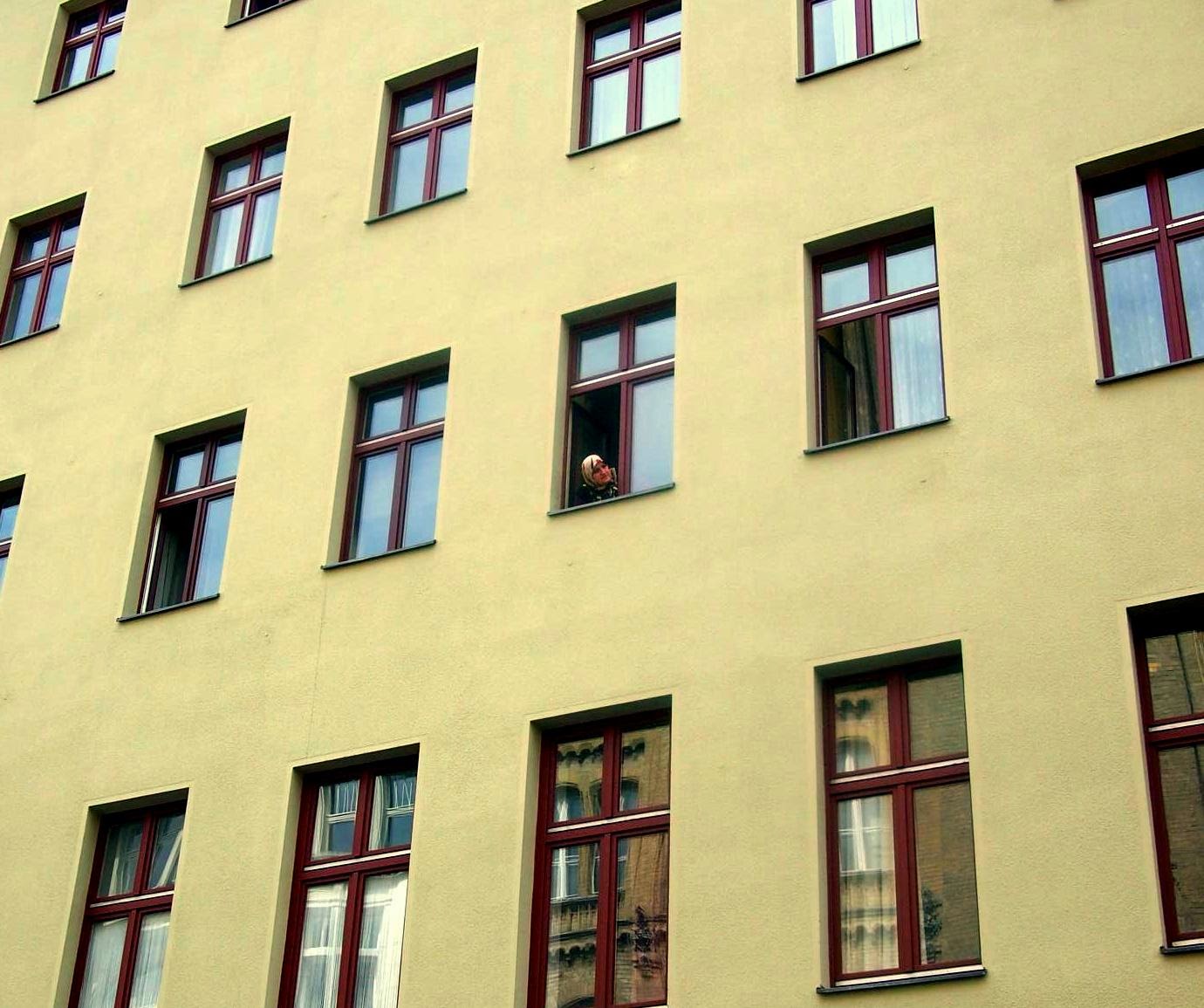 In the absence of ‘high ground’, we made grabbed some more food, and made a dash for the park. 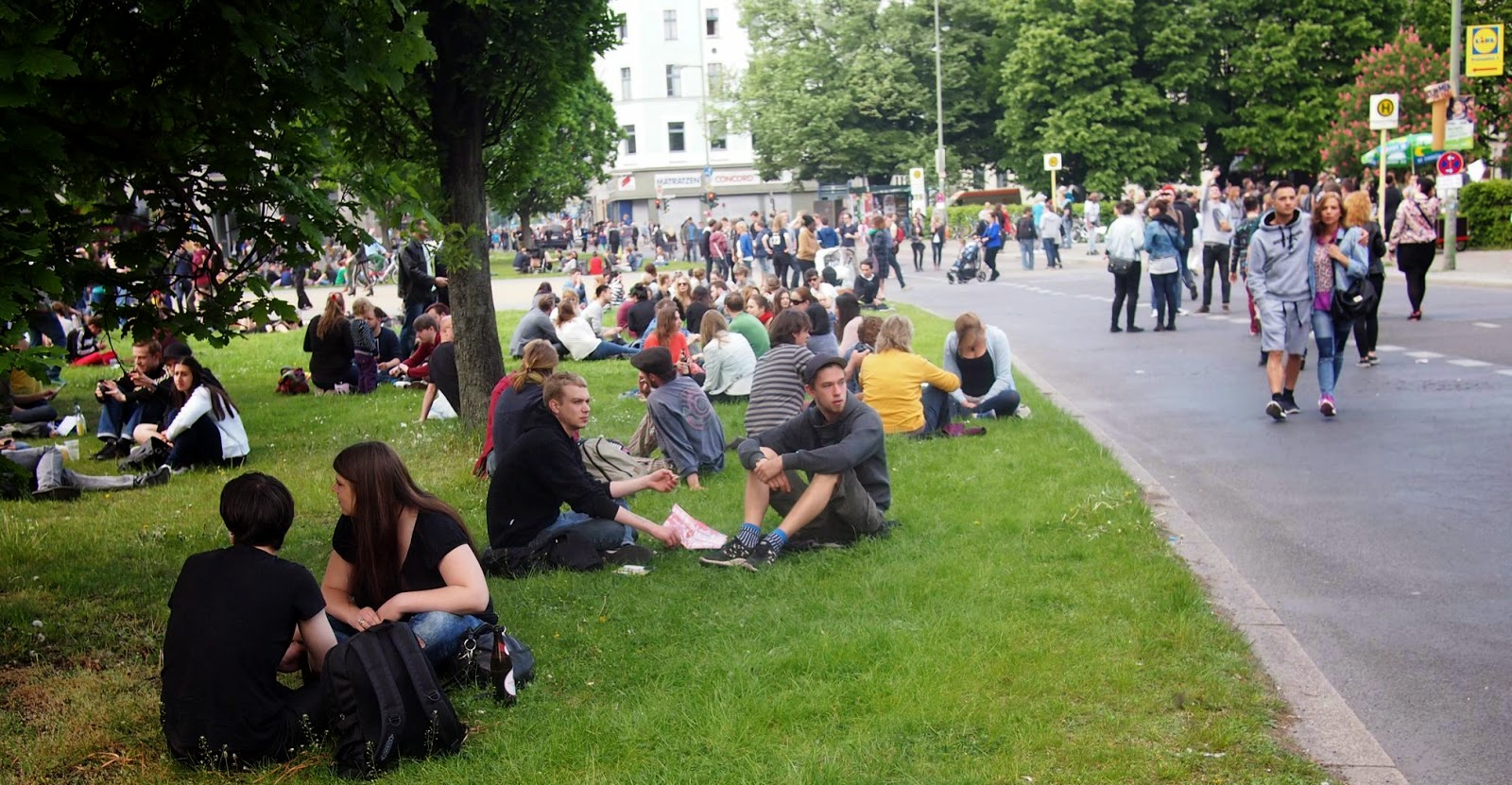 Some of us were even clever enough to get some sort of lamington in our ‘grab’! 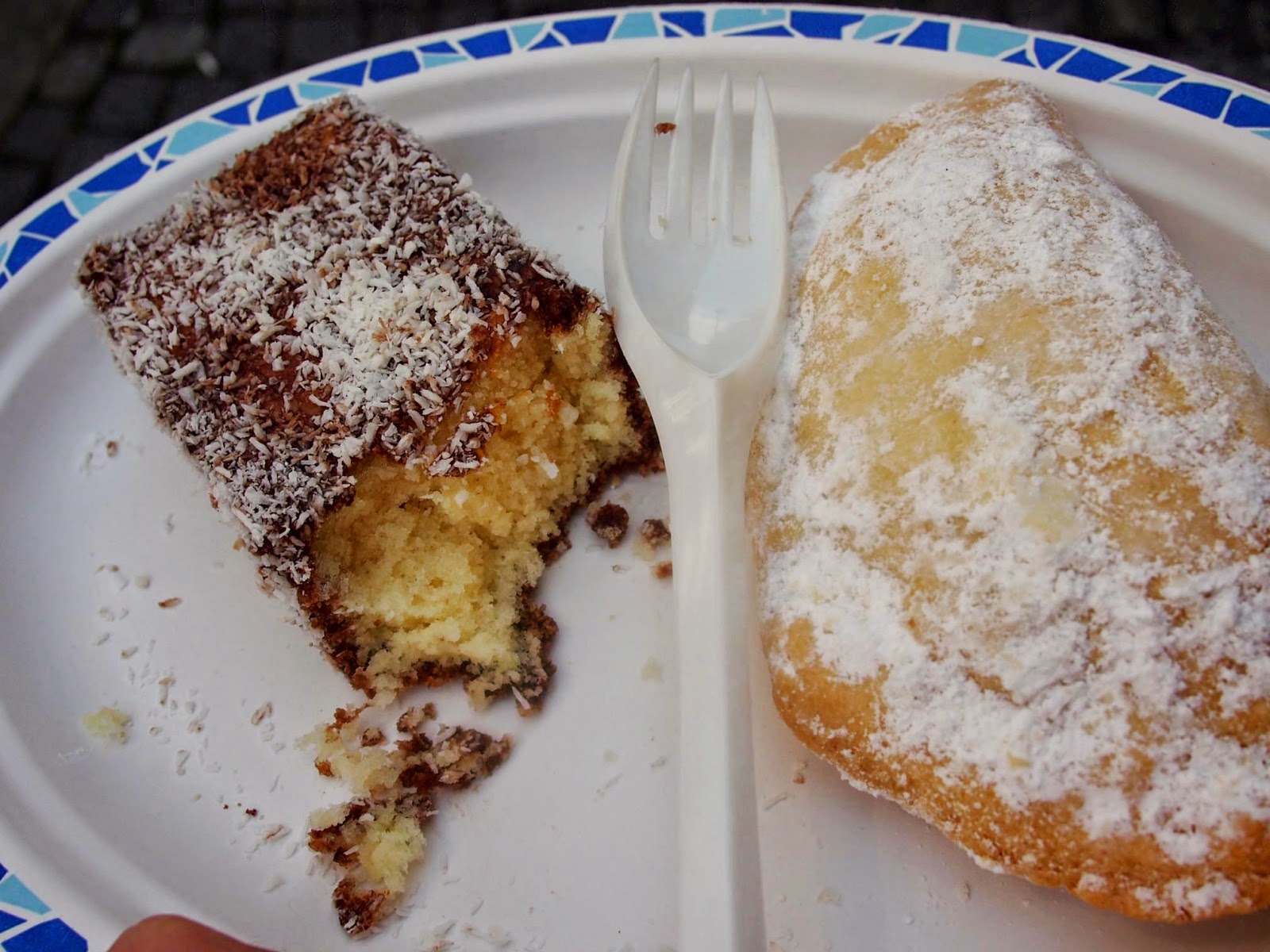 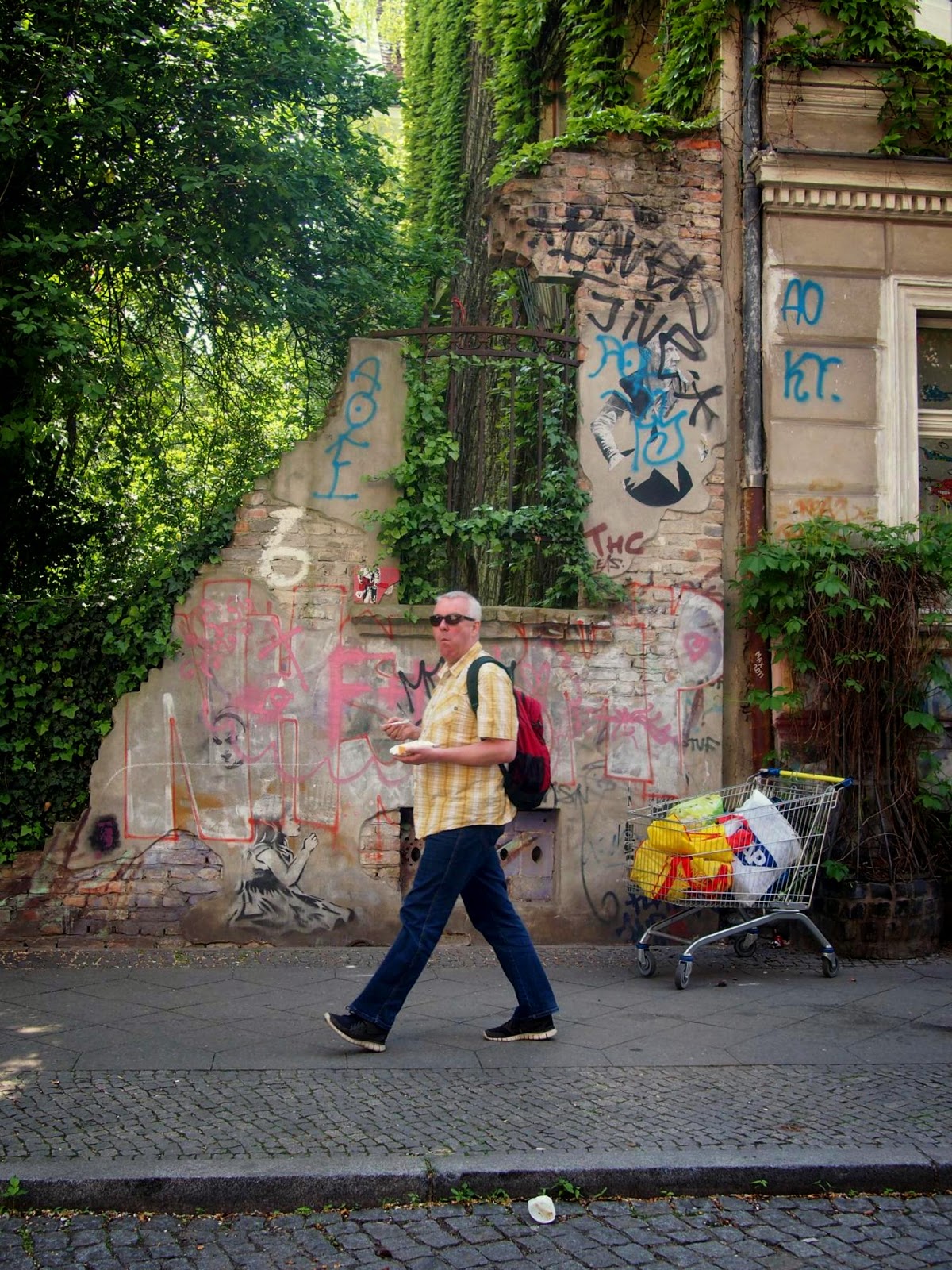 Playing with the Ikea flowers on the way: 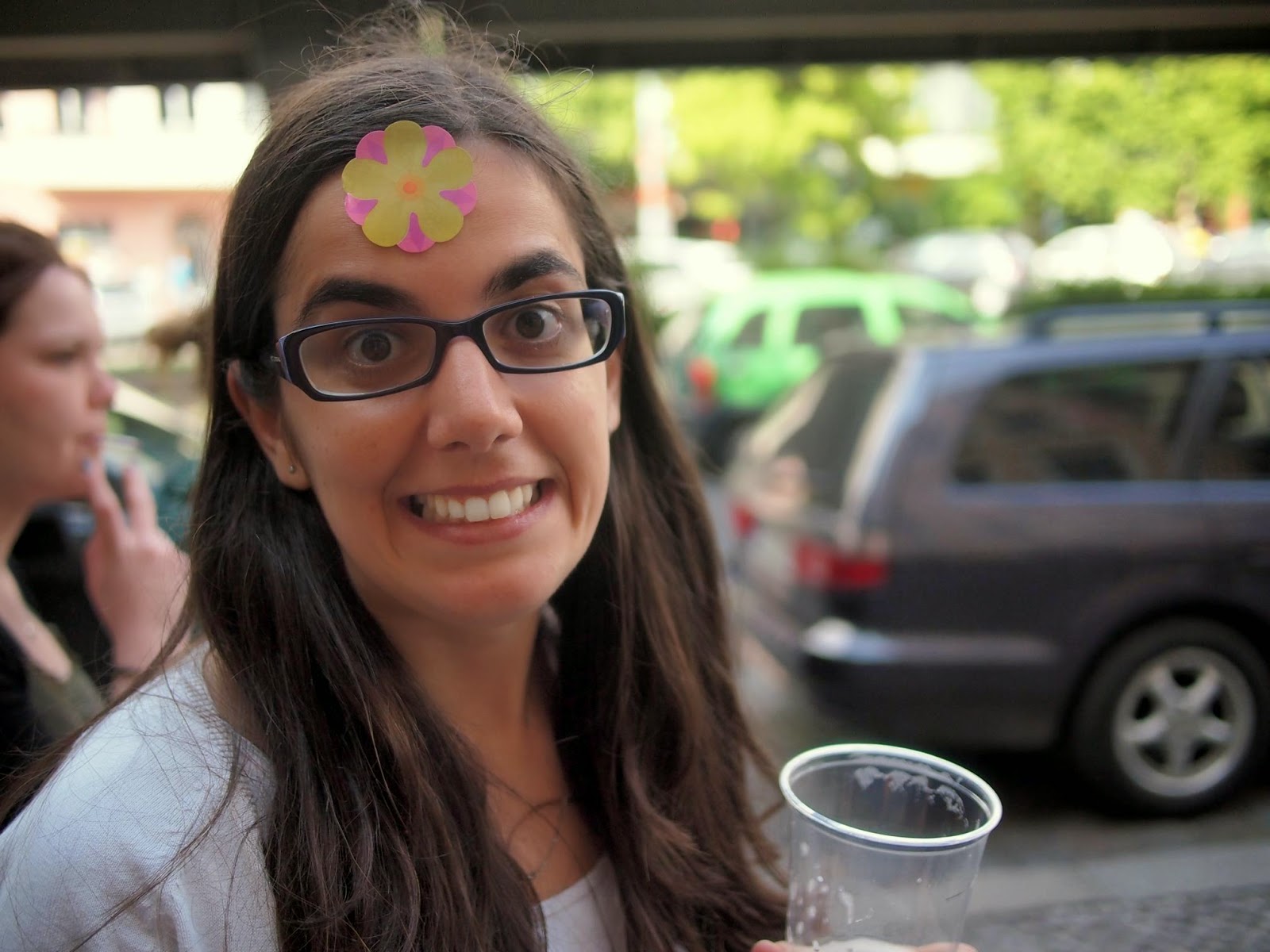 I’m impressed by my beakiness, but I’m even more impressed with how unimpressed Nadia is in the background. We sat in the sun, and somehow managed to overcome the first rule of street festivals: “Thou shall not find thy friends due to everyone jamming up the phone network”.

I present, A Joram! Cool, calm, and not even a little bit sweaty. 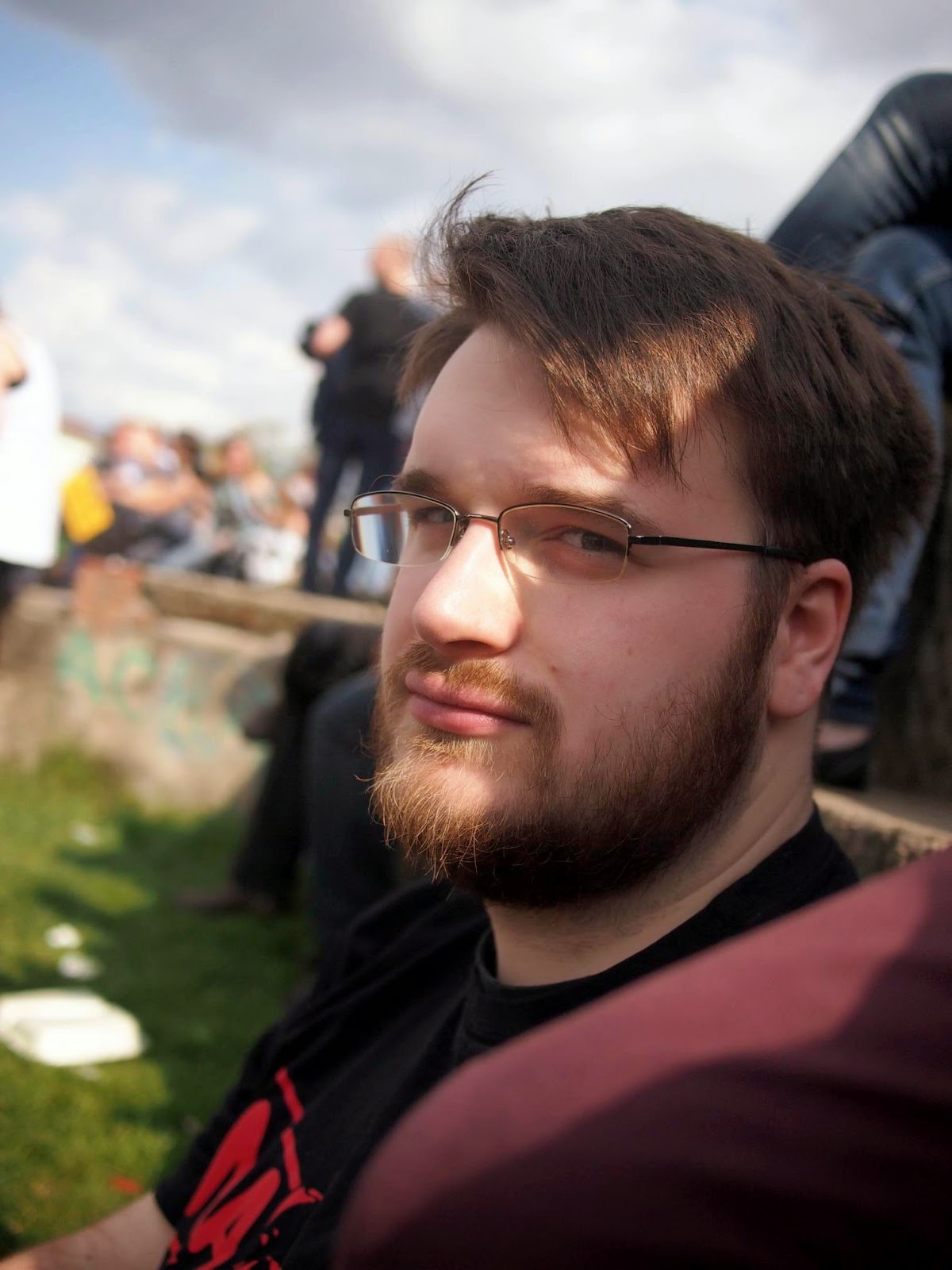 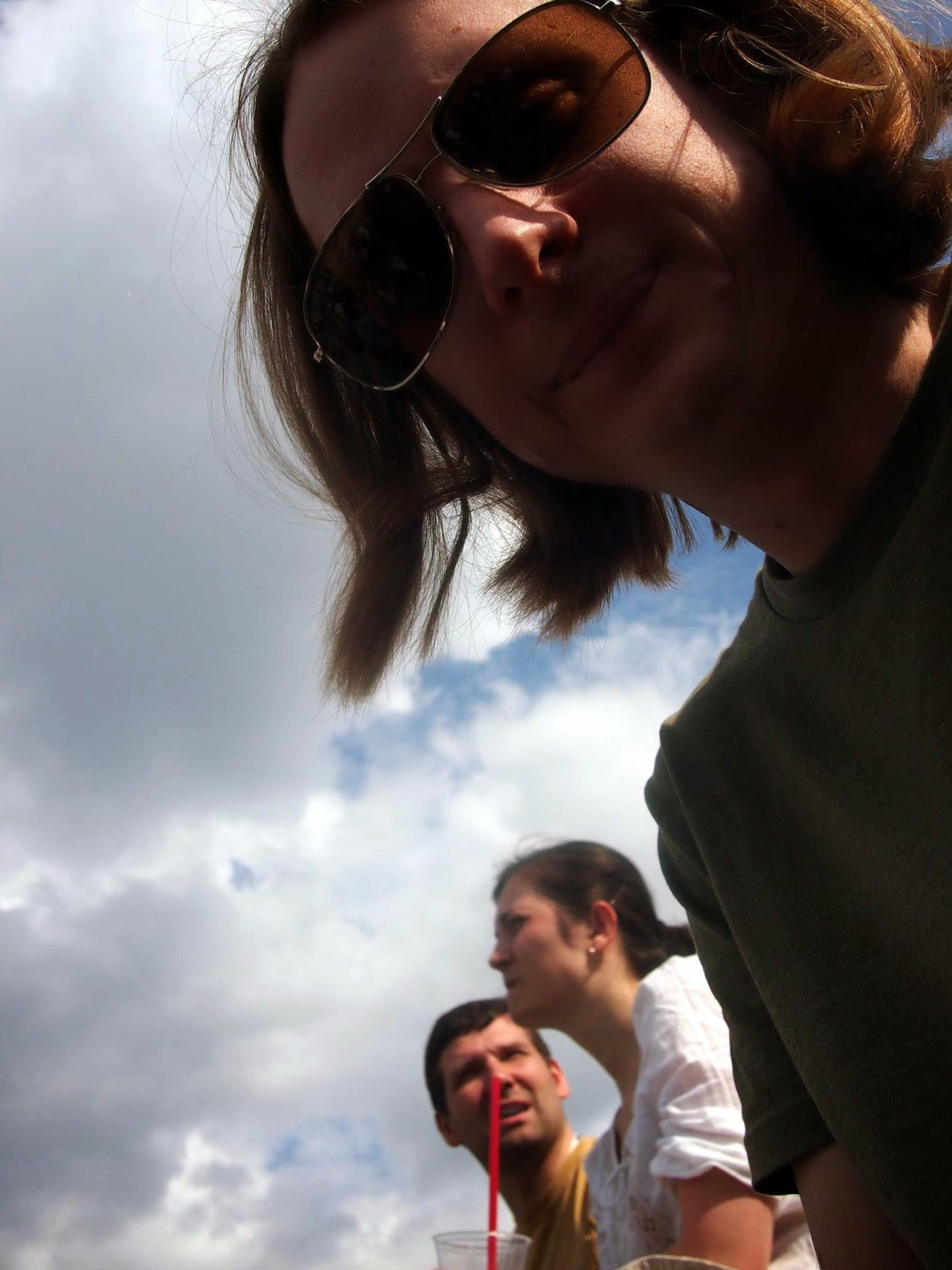 Somehow, despite only knowing a total of 20 people in the whole of Berlin, some magical fluke of fate (possibly Destiny?) saw another familiar face staring across the park at us. While Andy lazed in the sun again with Mercedes and her Gang, Asdru, Nadia, Joram and I hit the streets again in search of more Chow.

You can check out some rather lovely photos- including an epic guy with a Alex-platz TVtower tattoo on the back of his neck at Joramski’s blog over here. He also really likes taking photos of people shoving food into their faces if you’re into that sort of thing.

Don’t switch channels just yet though, because while my blog may lack photos of Nadia gnawing on a doner like a rabid huskey, it does contain photos of Joram, doing this: 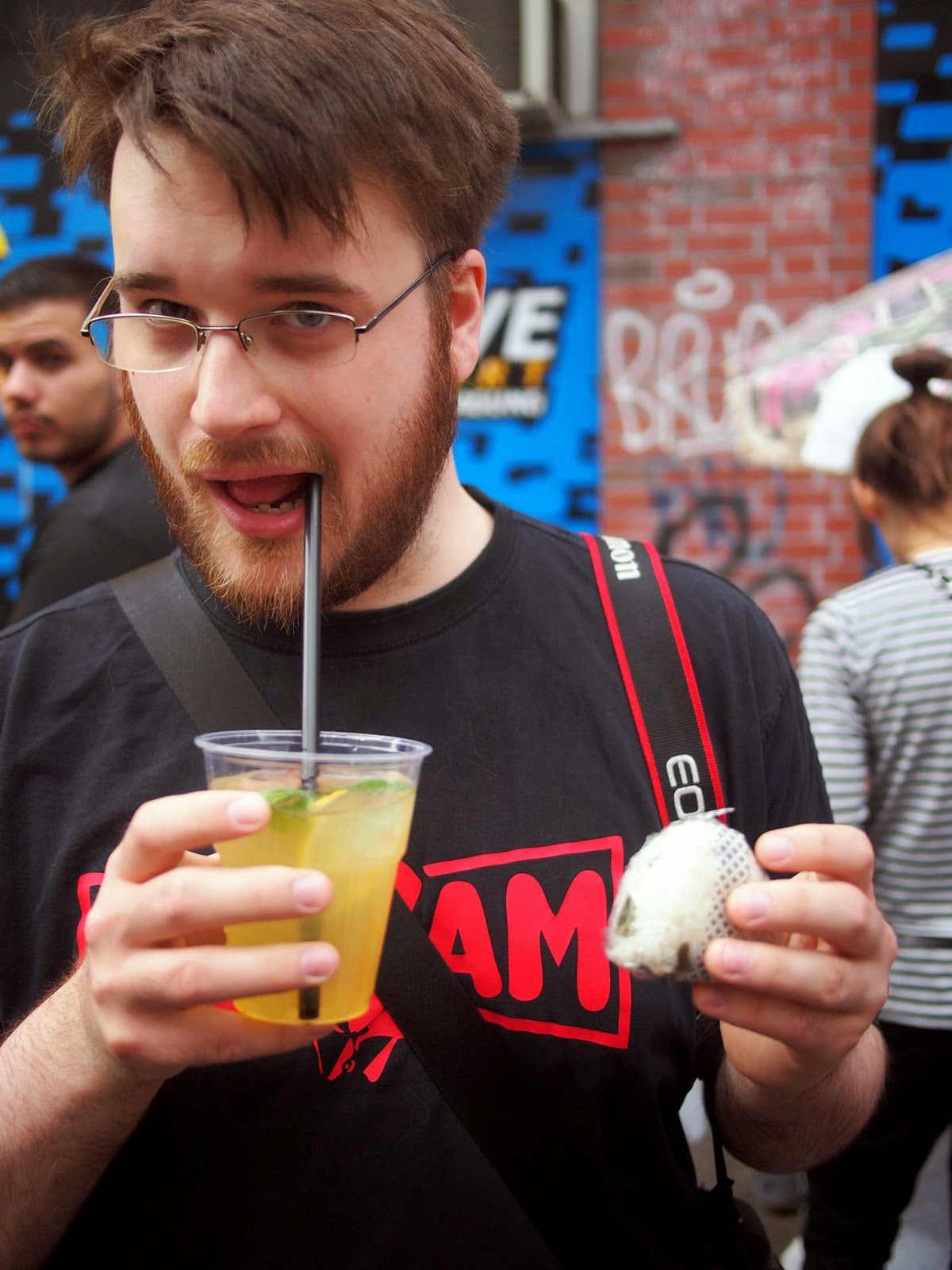 I’m not sure if he’s really ‘Selling’ that Onigiri, but he sure is selling the idea of ‘why we should never keep our mouths open for photos. Note that the Onigiri is not really Onigiri, but is in fact Deutch-nigiri, and as such comes with kurbiskerne (pumpkin seeds). 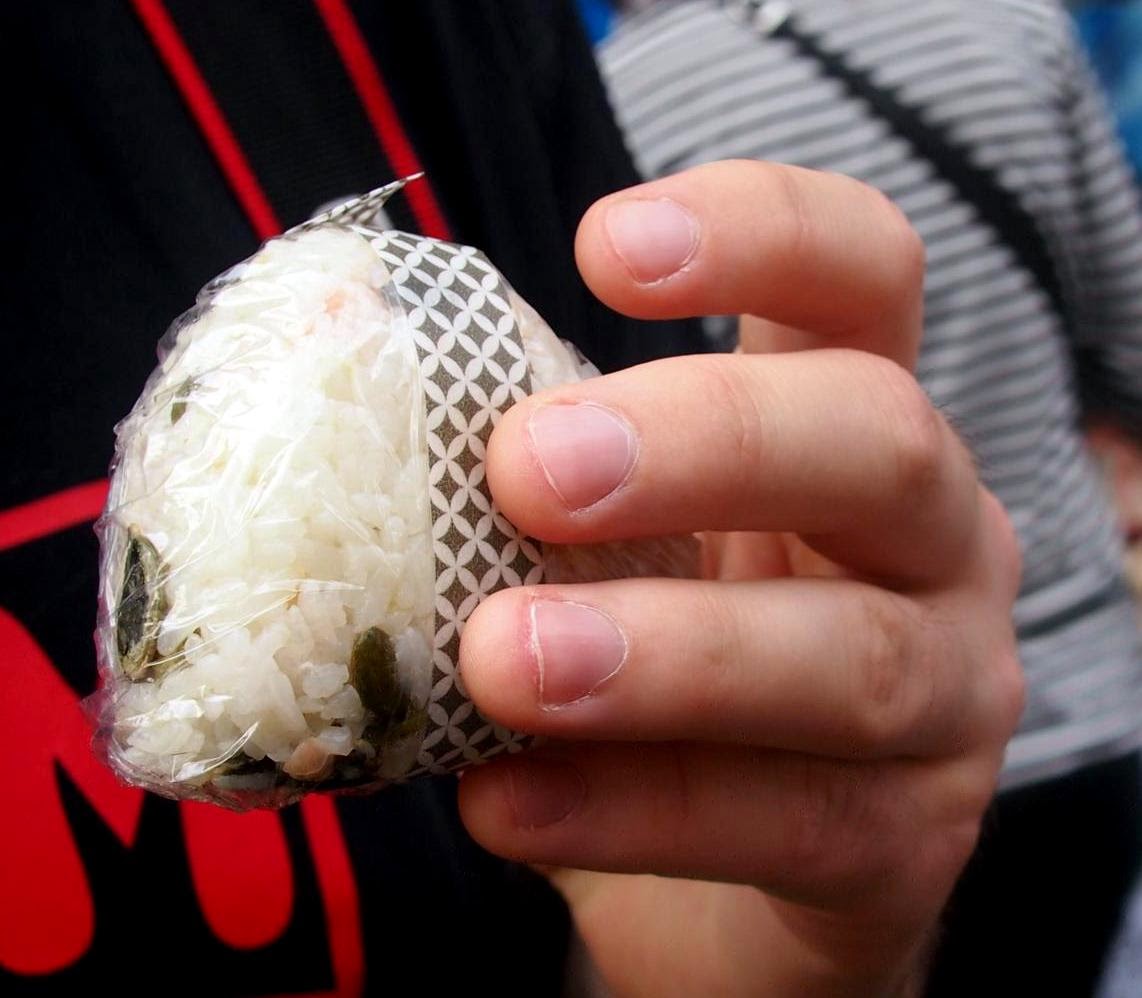 We headed back to the pack, set down camp, and then immediately disbanded again.

Here is Andy managing to be distracted and amazed by Joram’s phone despite the fact that they are exactly the same phone. 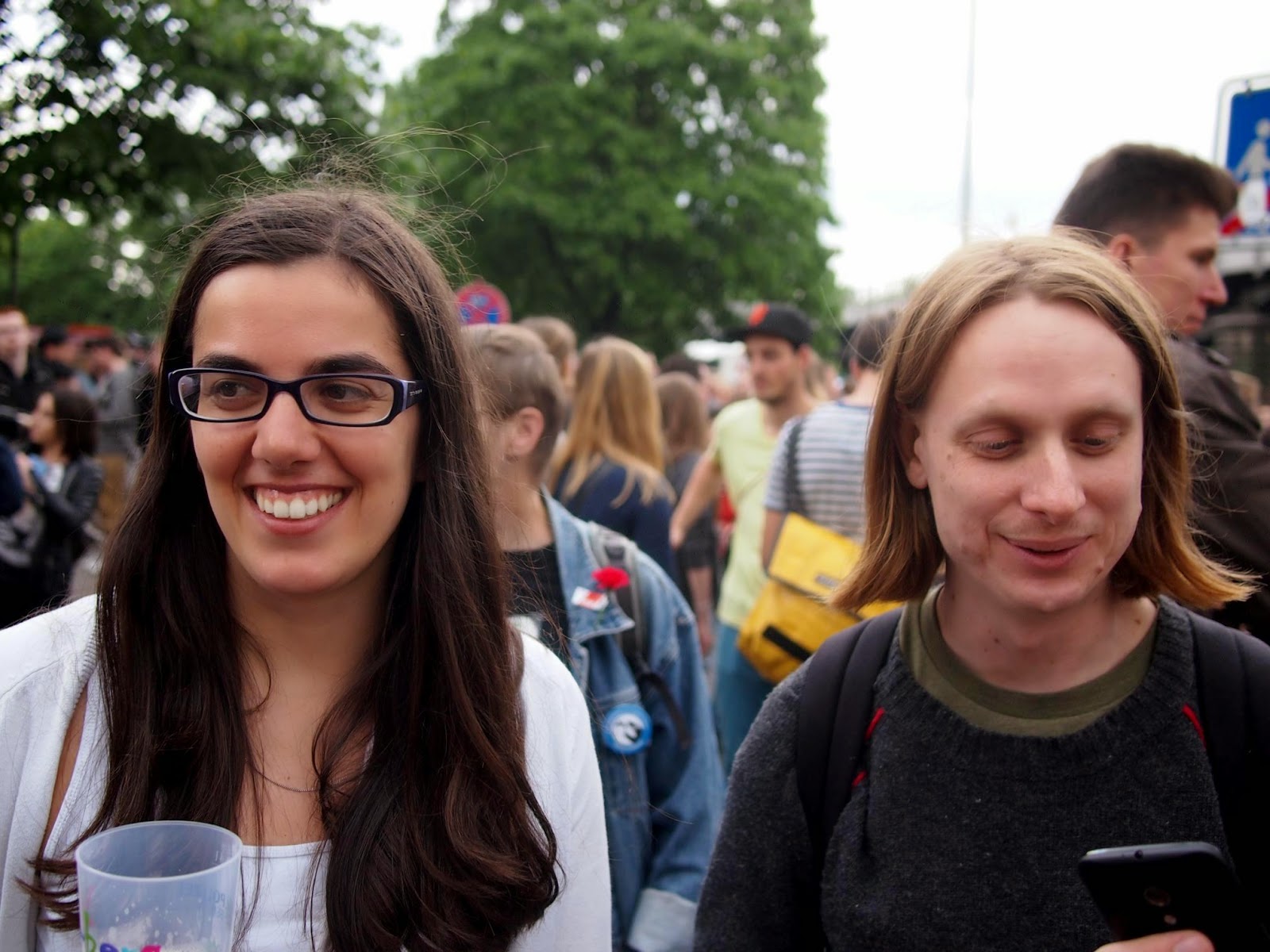 And here are Andy and Joram bonding over the sameness of their phones. 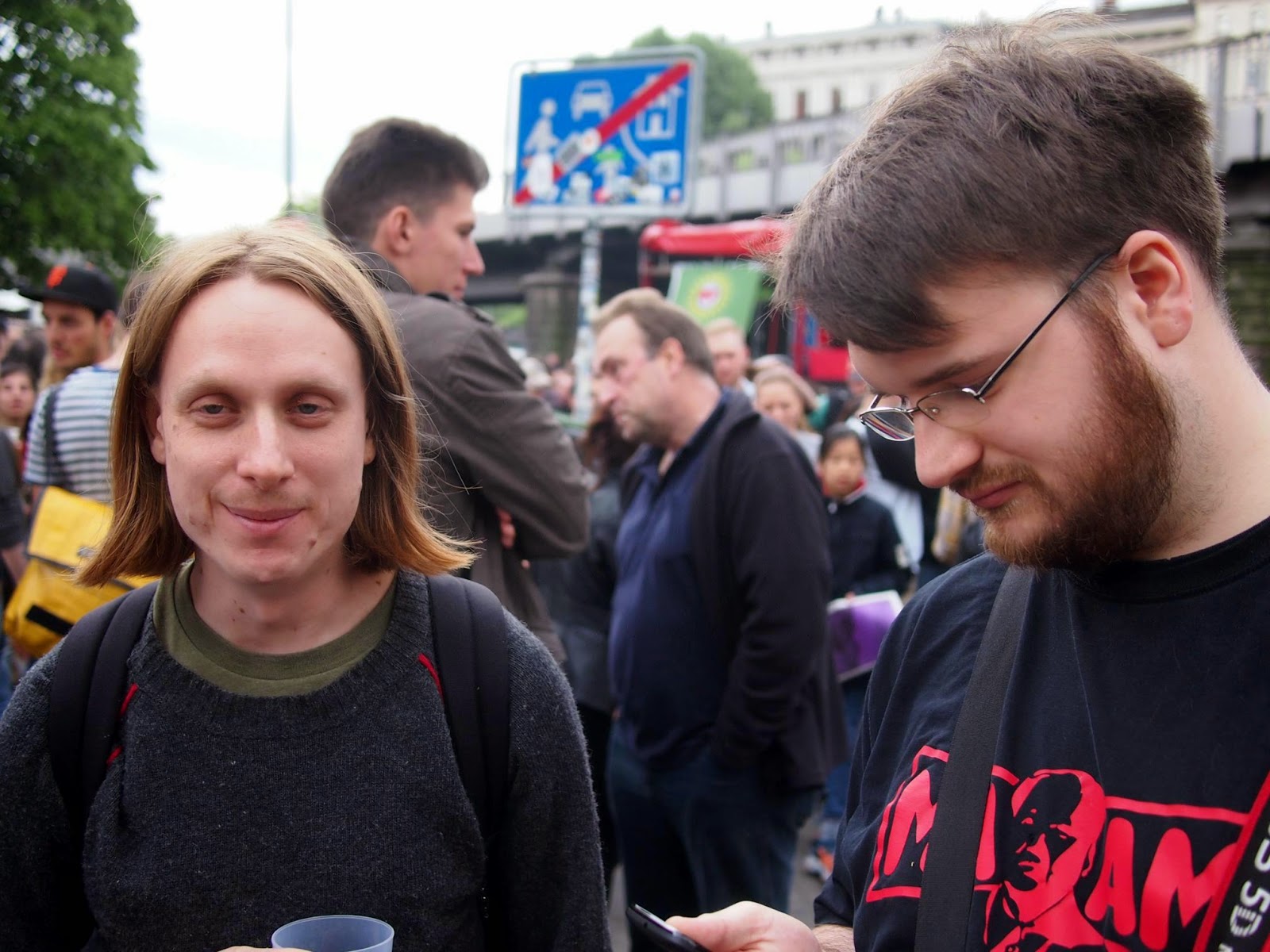 Someone once managed to mistake Andy for Joram. Despite having seen and talked to both in person, and- as far as I know- not being legally blind. True Story.
How about if you try to Spot the Difference.

The number of people kept multiplying in a sort of exponential-growth-of-E.coli way, and soon we were running out of places to fit them all. 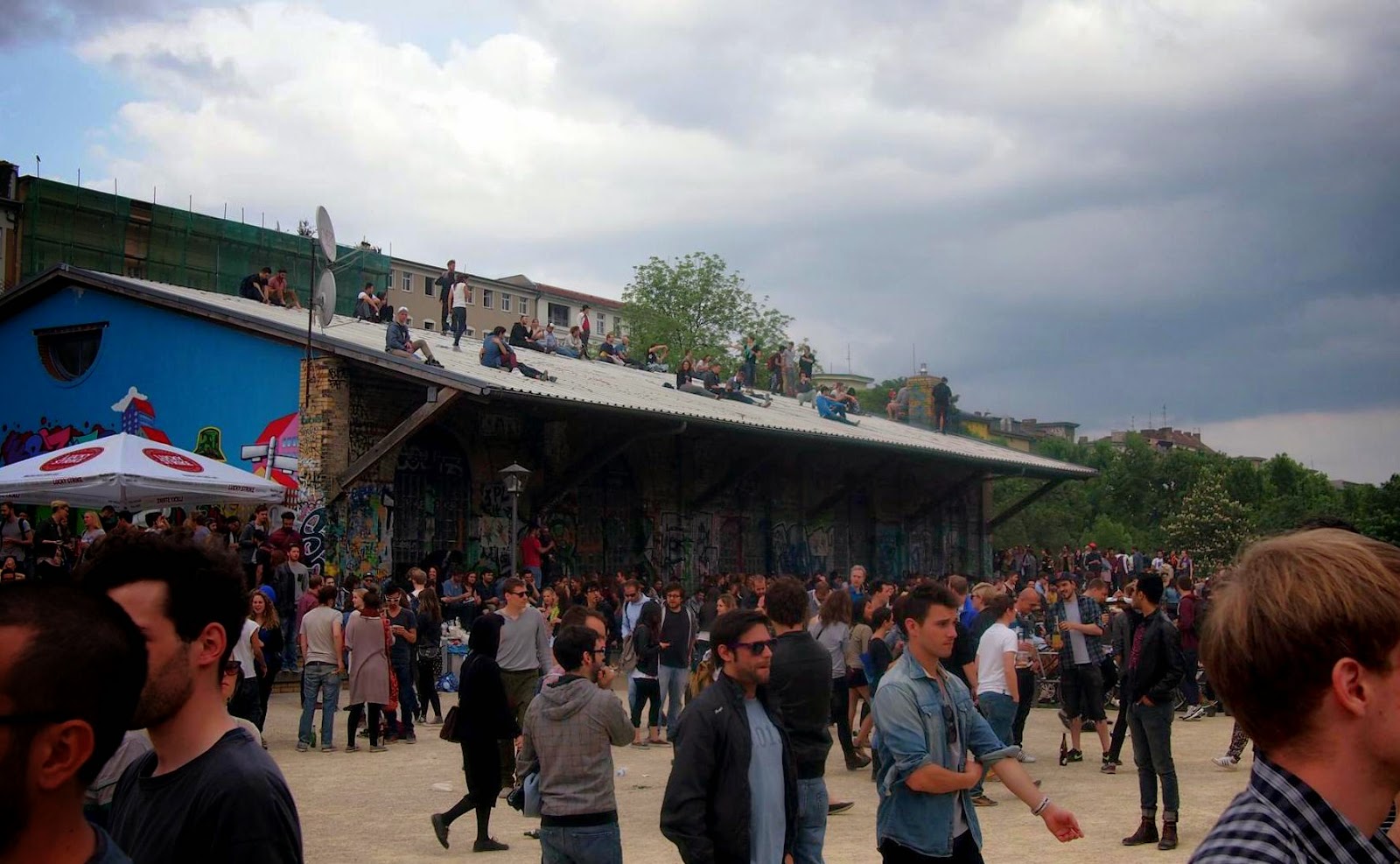 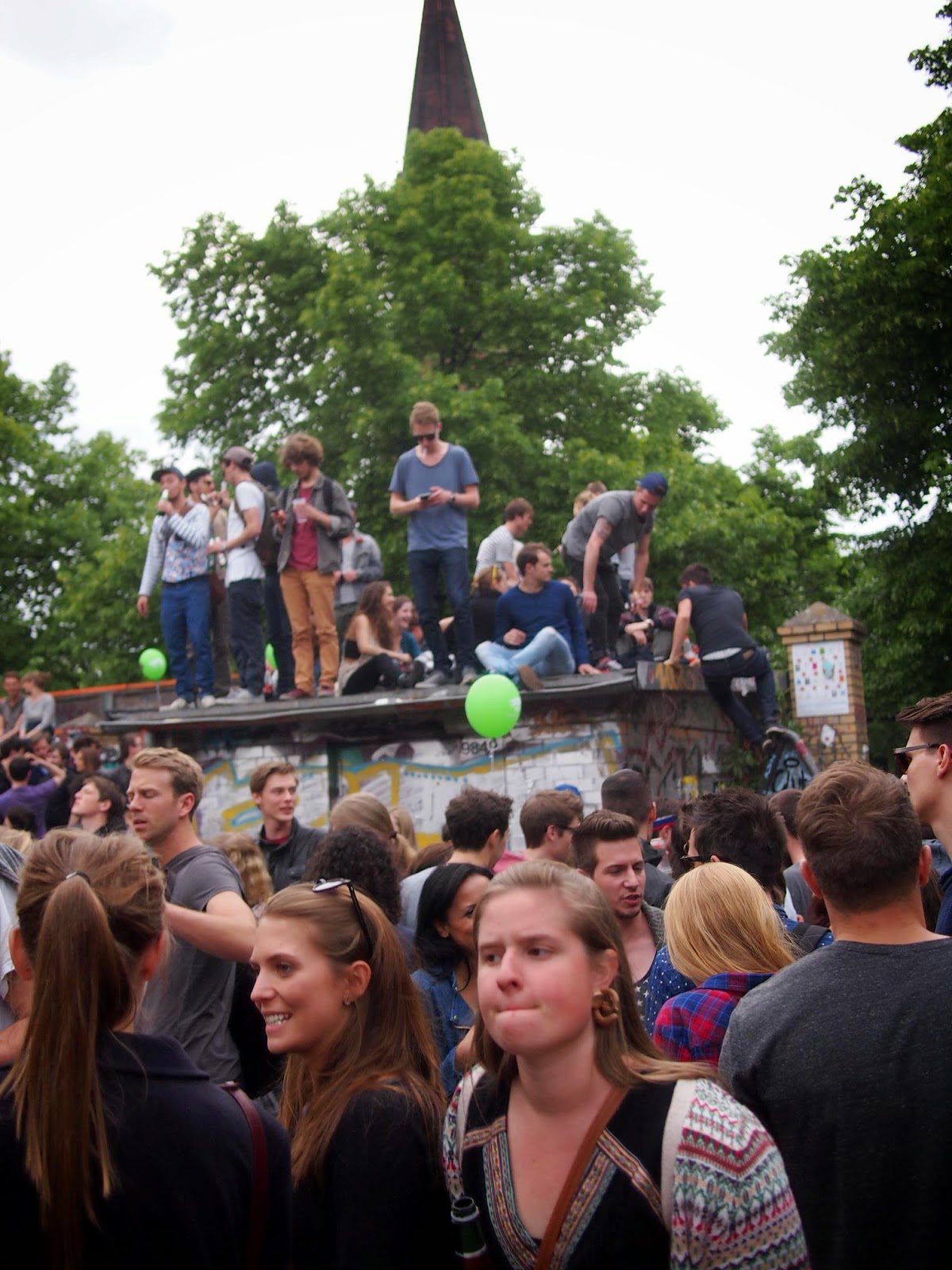 There are people On The Roof, and the young german lass in the foreground just isn’t sure that it’s ‘Alles in Ordnung’.

At a certain point the number of police swelled to match the crowds, in preparation for the traditional ‘6 o clock protest and possible riot’. Joram, Andy and I decided to split, which was met with this response: 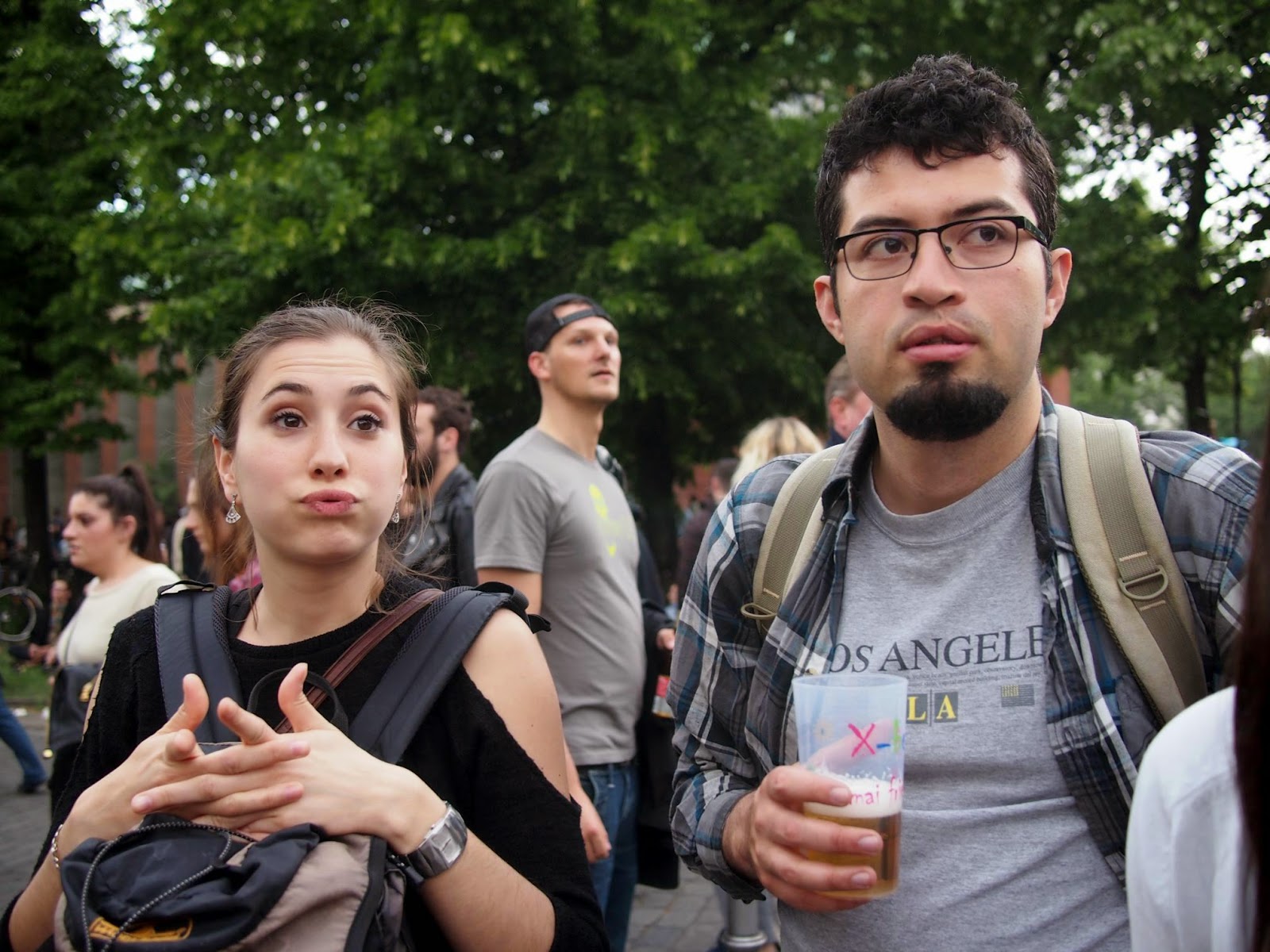 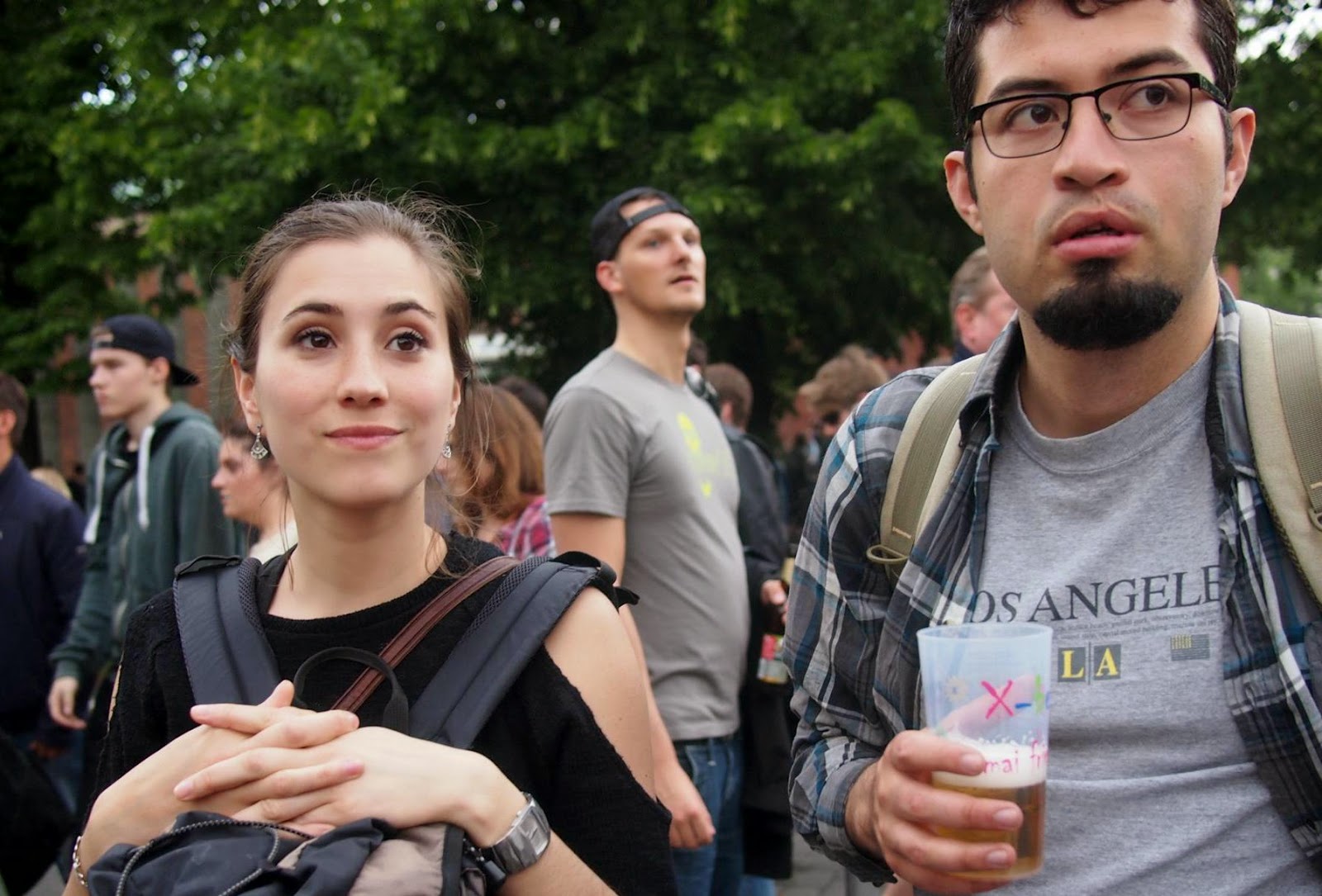 But Nadia, Asdru and the Mercedes et al. gang hung around for longer. 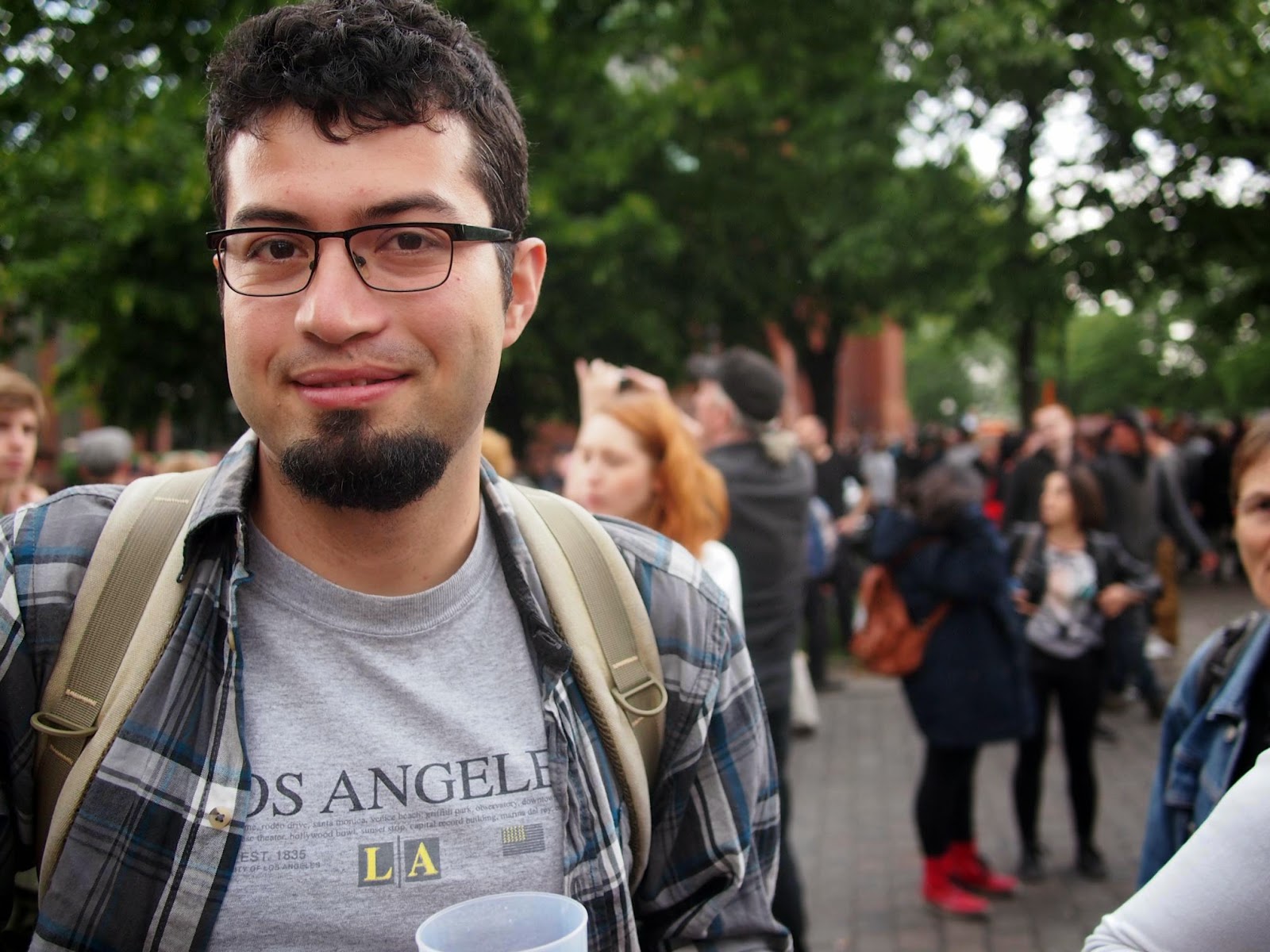 “Huzzah”
So the three of us walked to the nearest (open) station- which was in fact the third or fourth actual-nearest station, alternating between making bad jokes about police brutality and anonymity (they were all wearing facemasks, never a good sign), and asking the helpful yet anonymous police for directions (“Really sir, I only wanted to see his face so I could report him for what a good job he was doing”).
“Please be quiet now- I do not want to get beaten up.”
Joramski, May 1, 2014