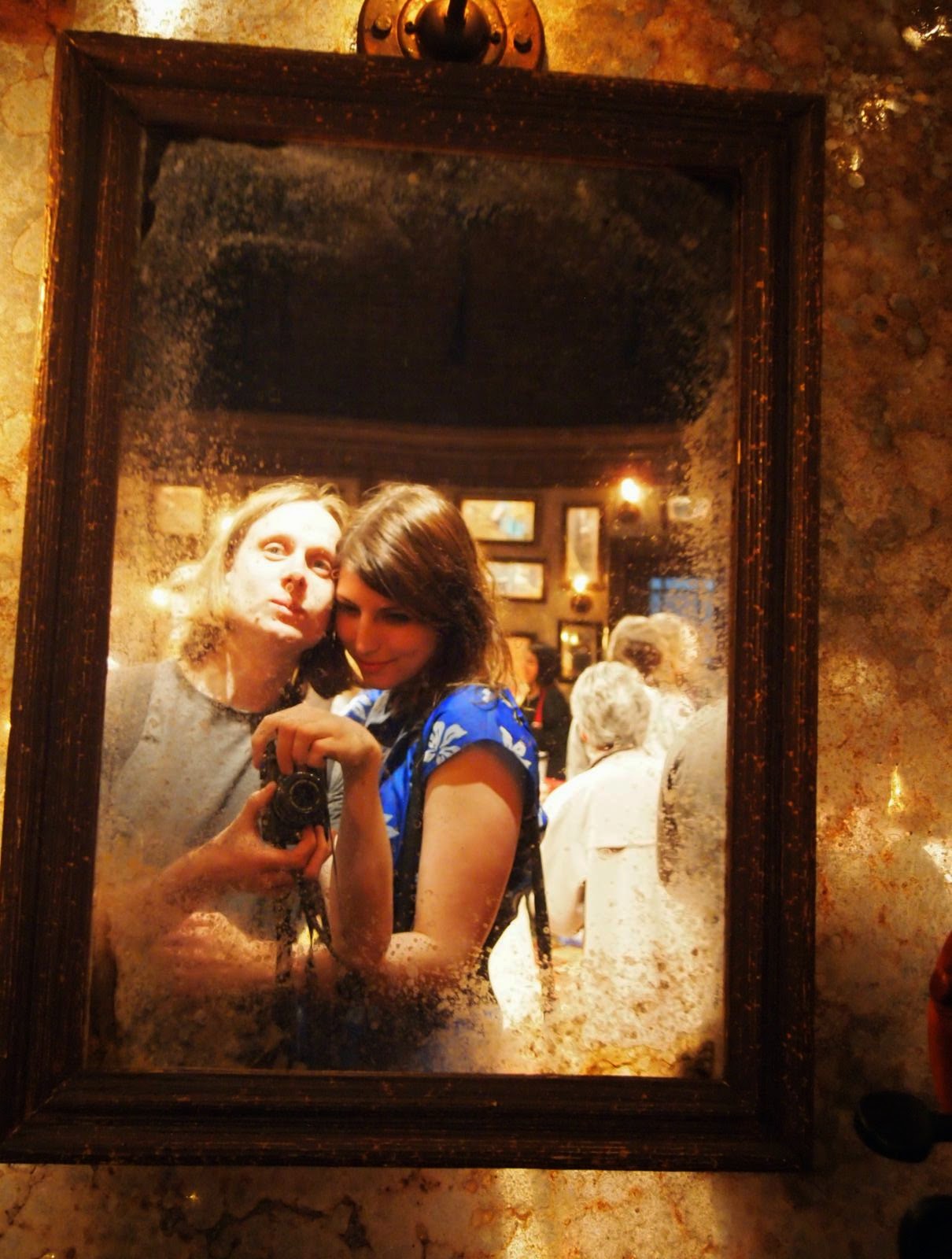 On the second half of our final day in London, we did the two things on Andy’s and My London Bucket List.

In the evening we went to see a musical…

…But first, let’s discuss the afternoon, in which we dressed up like futuristic rocket scientists… 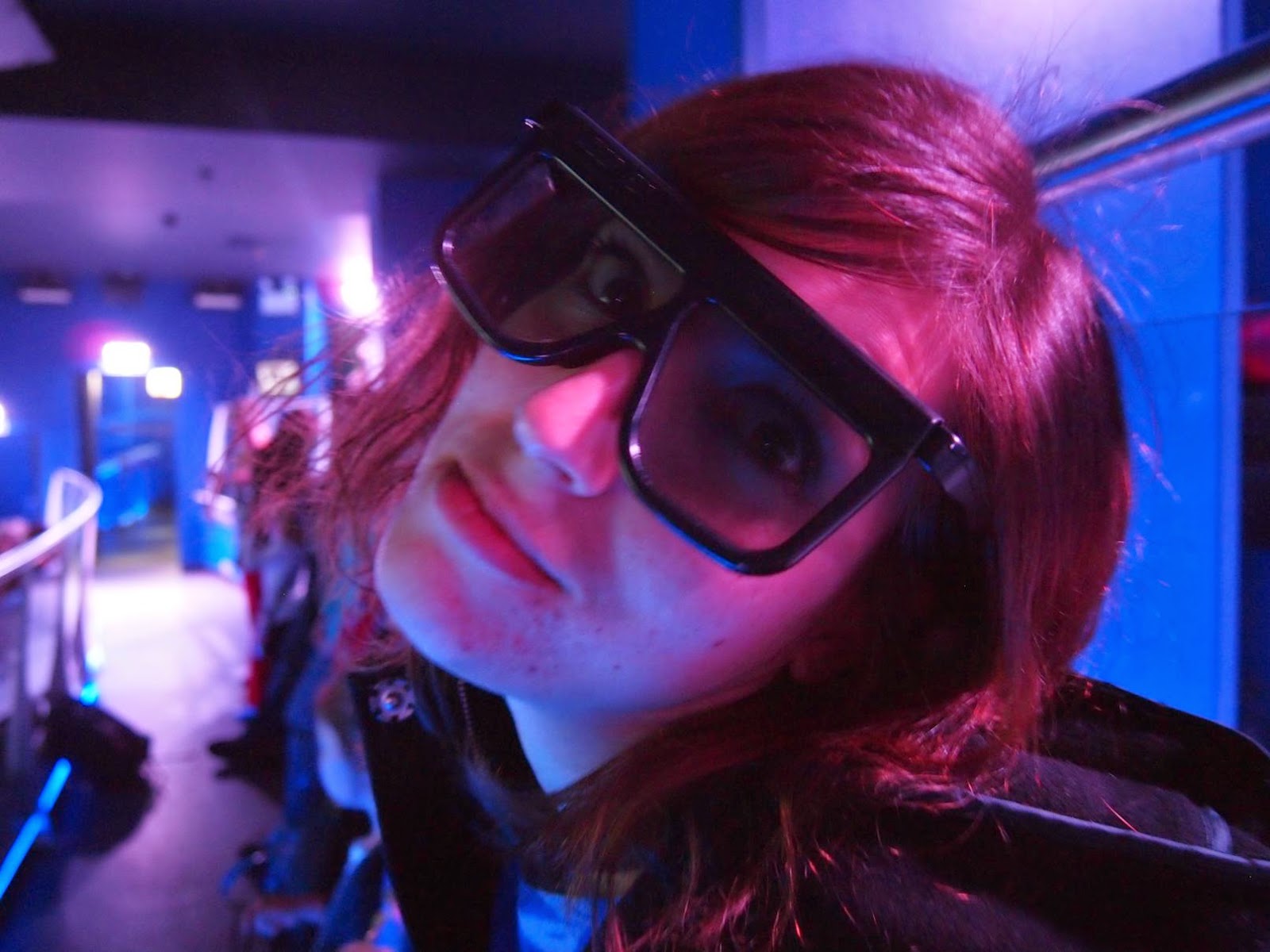 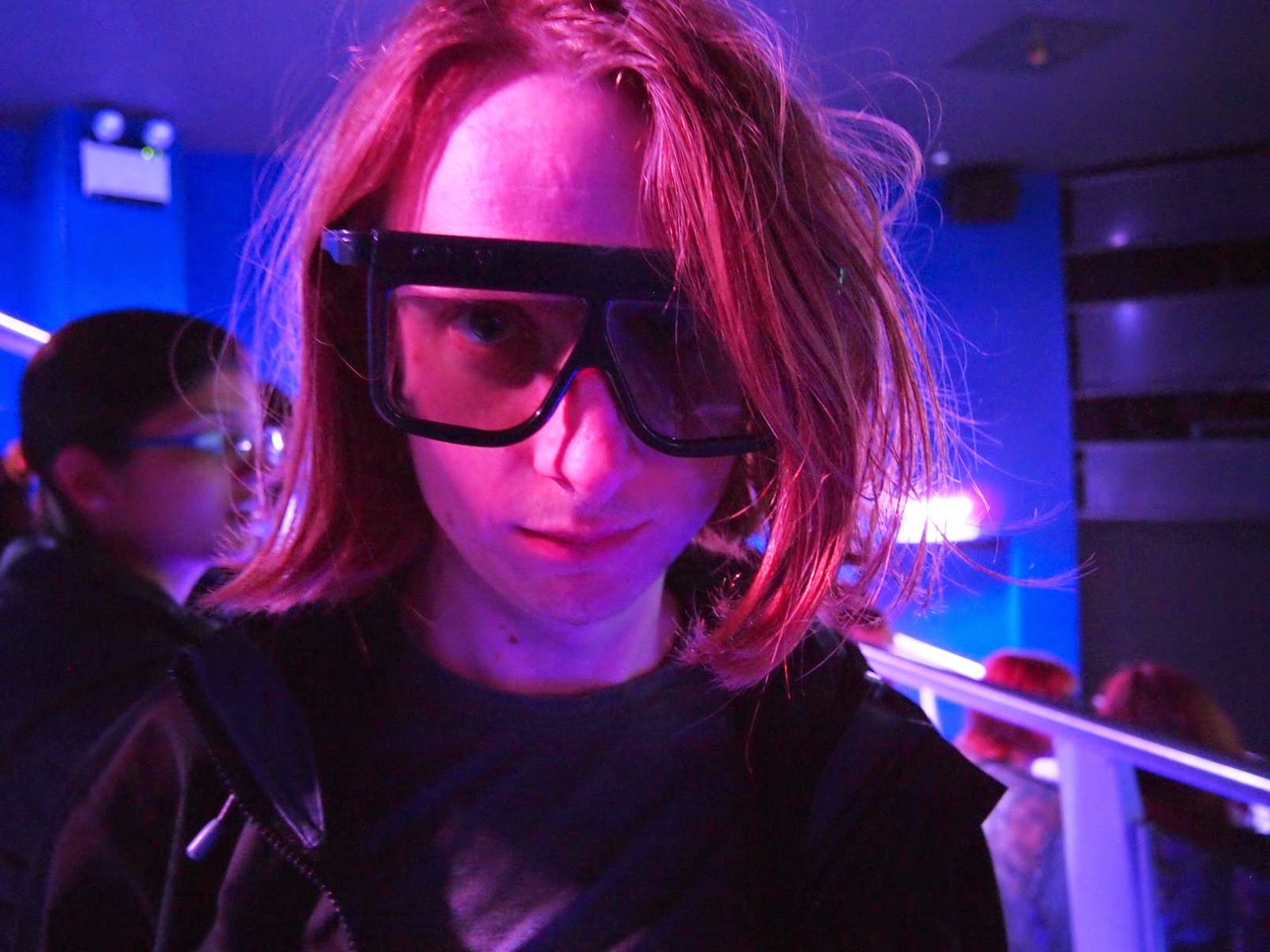 The glasses for the London ‘4D’ experience, which comes as part of the London Eye Ticket (possibly to justify the expense).

It’s a 5 minute 3D zoom around London, with seagulls and little girls waving from the shoreline. A bit of a mix between what you’d expect from a combo ad for the city and the Eye itself and some sort of camera company.

Not much of a value-adder in my opinion, but at least Andy and I now know what the 4th dimension is.

It is water, which is sprayed in your face while watching the film. 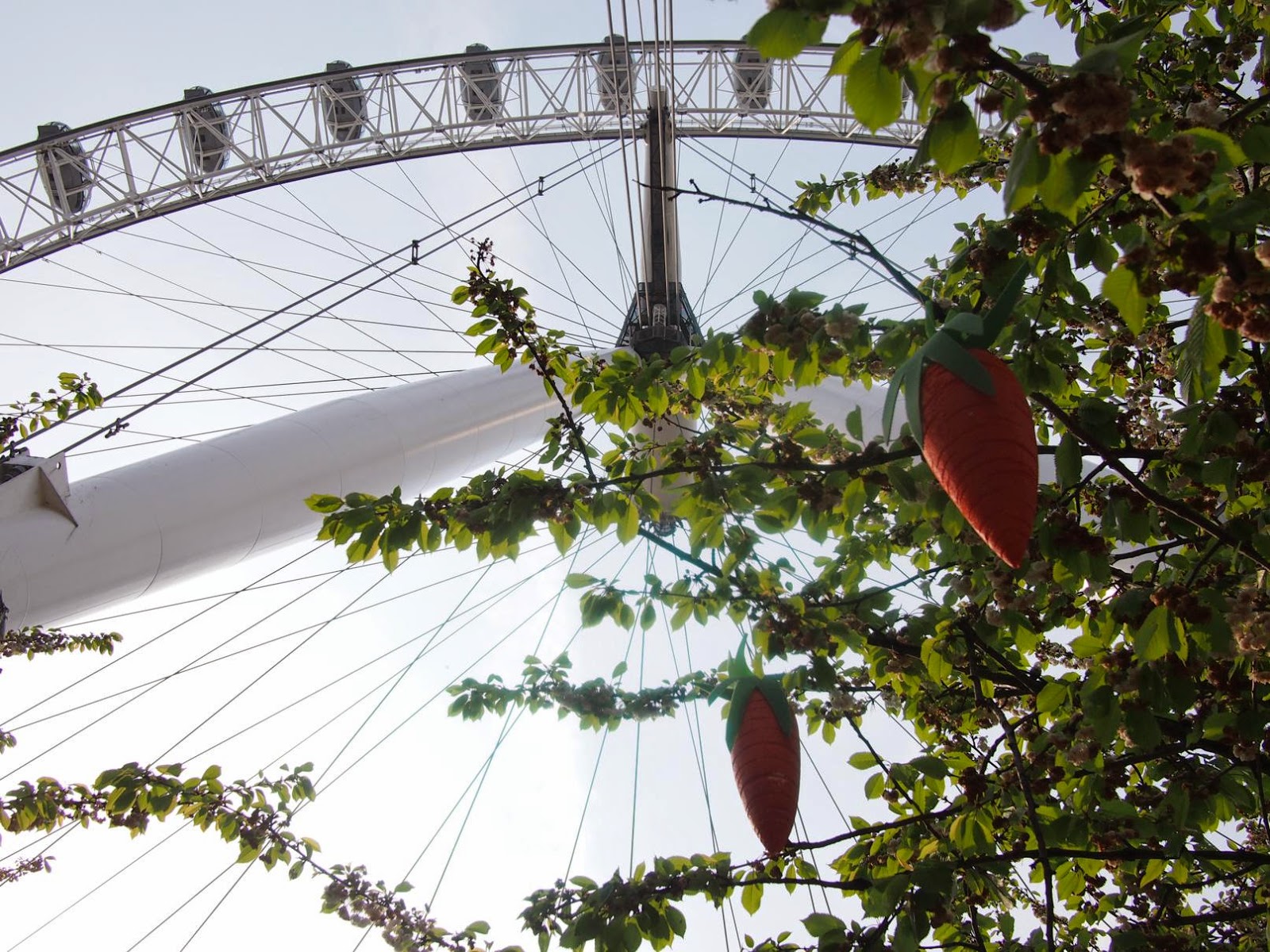 Anyway, the folks down there have everything engineered to flow very smoothly- so despite a terrifyingly long looking queue, we managed to hop on board after only about 20 min of waiting. 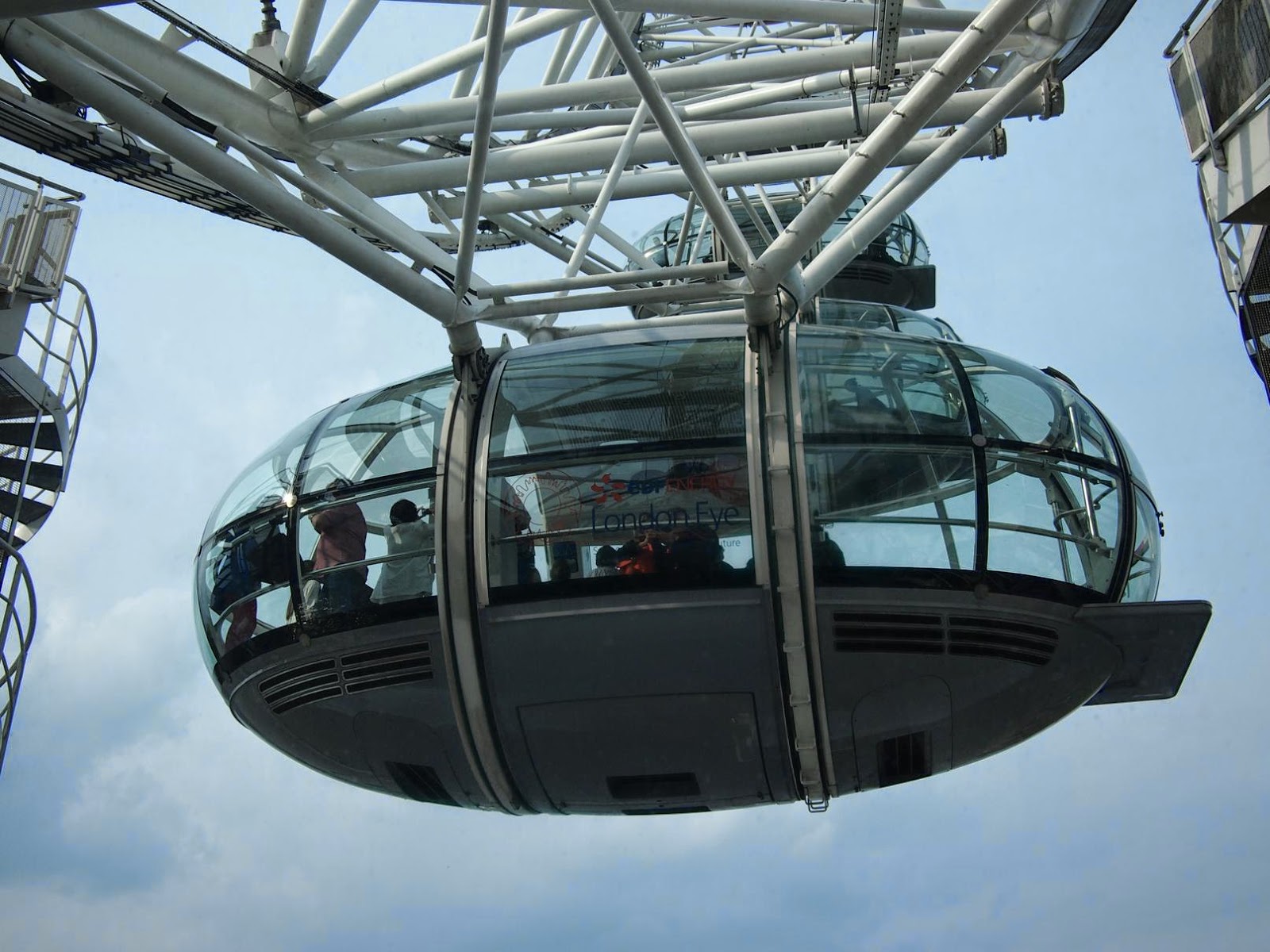 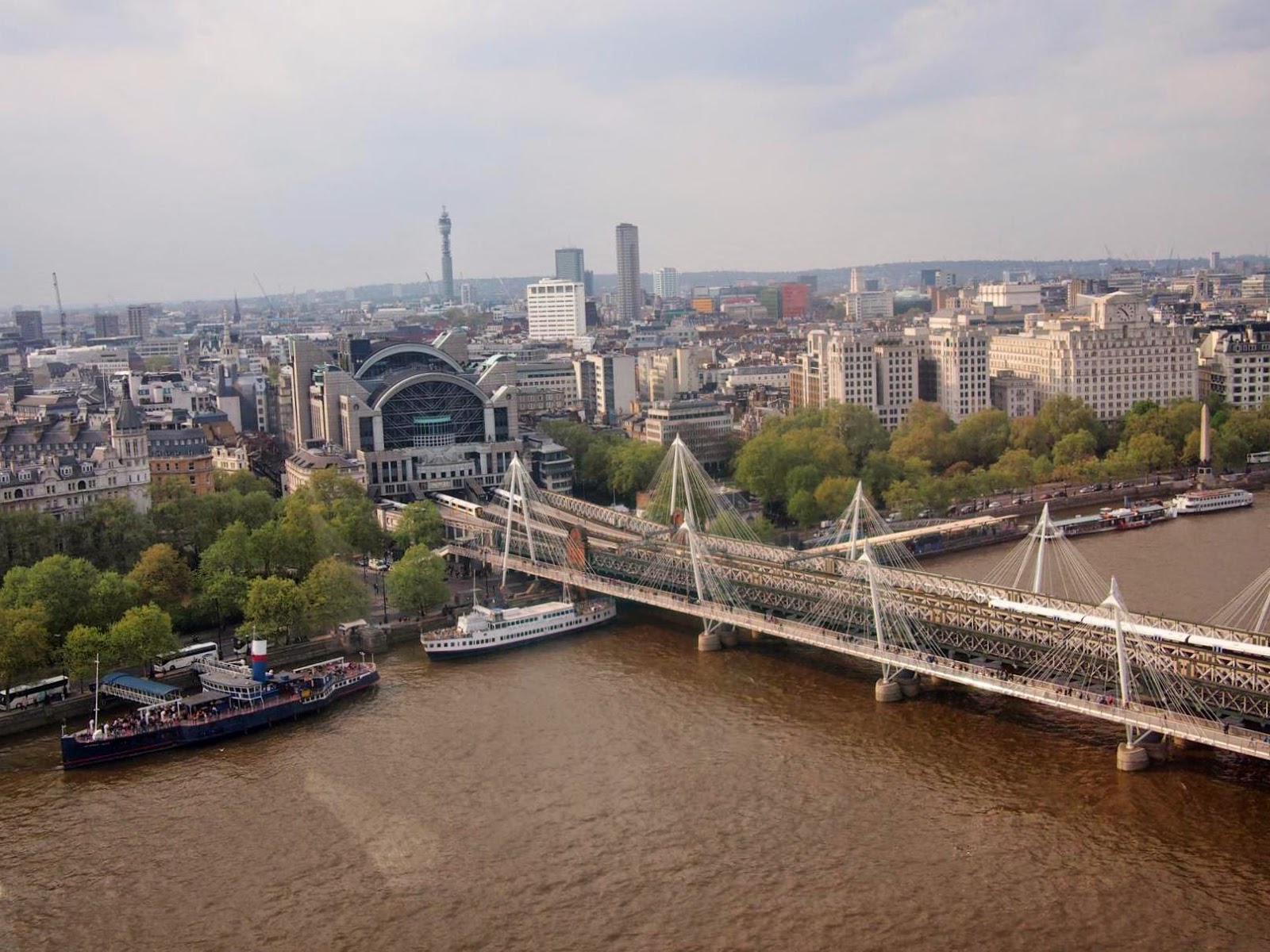 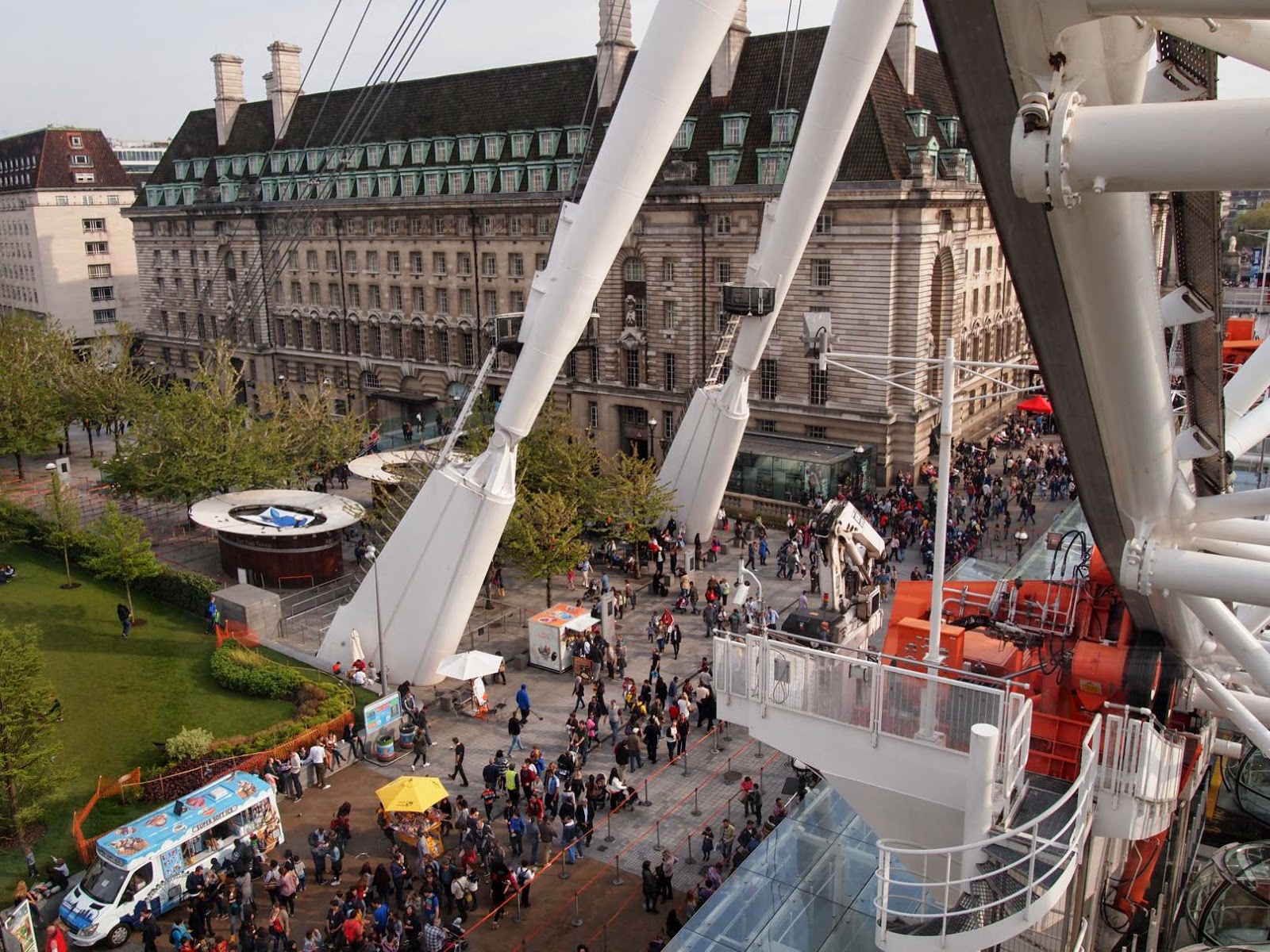 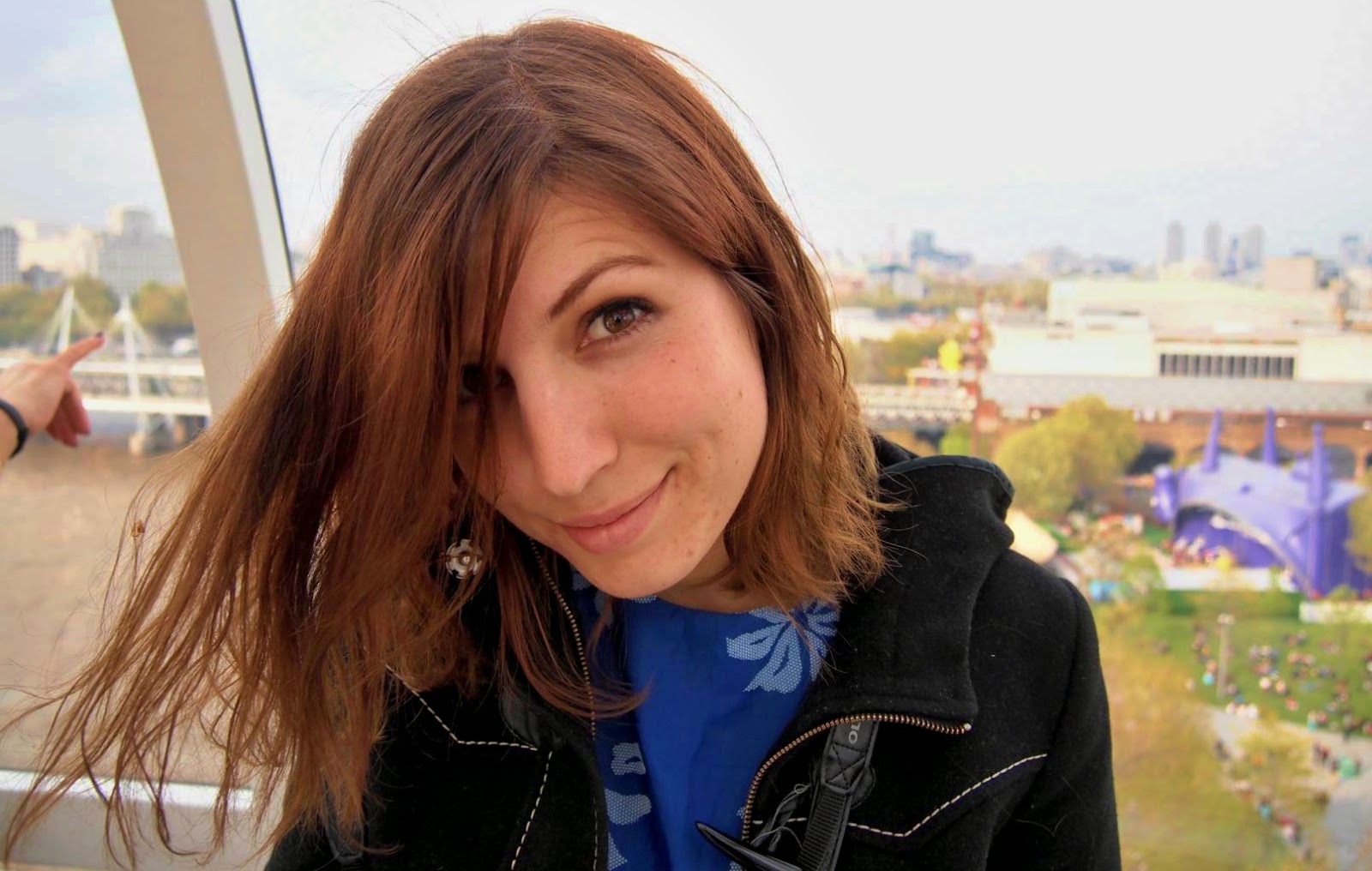 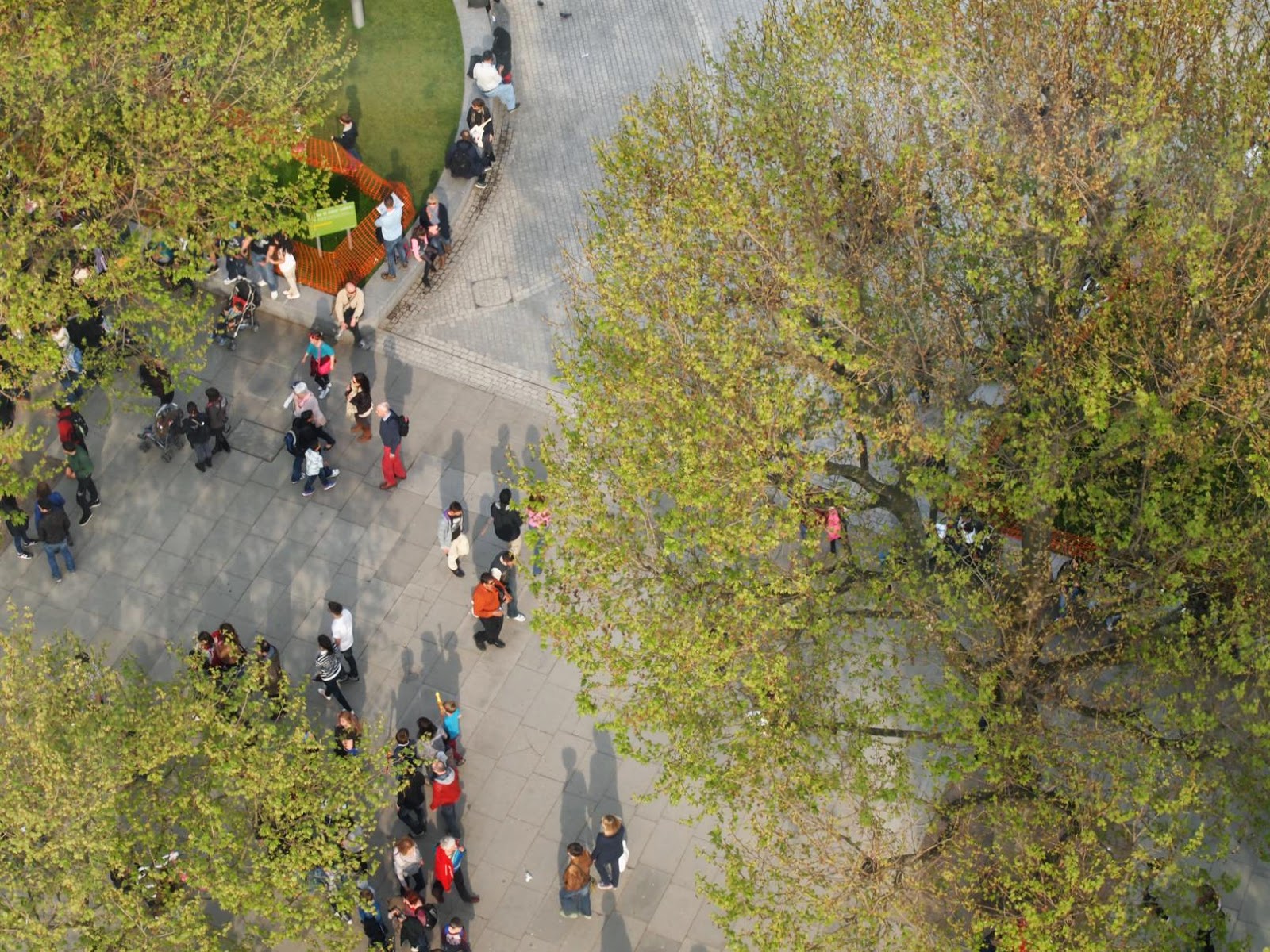 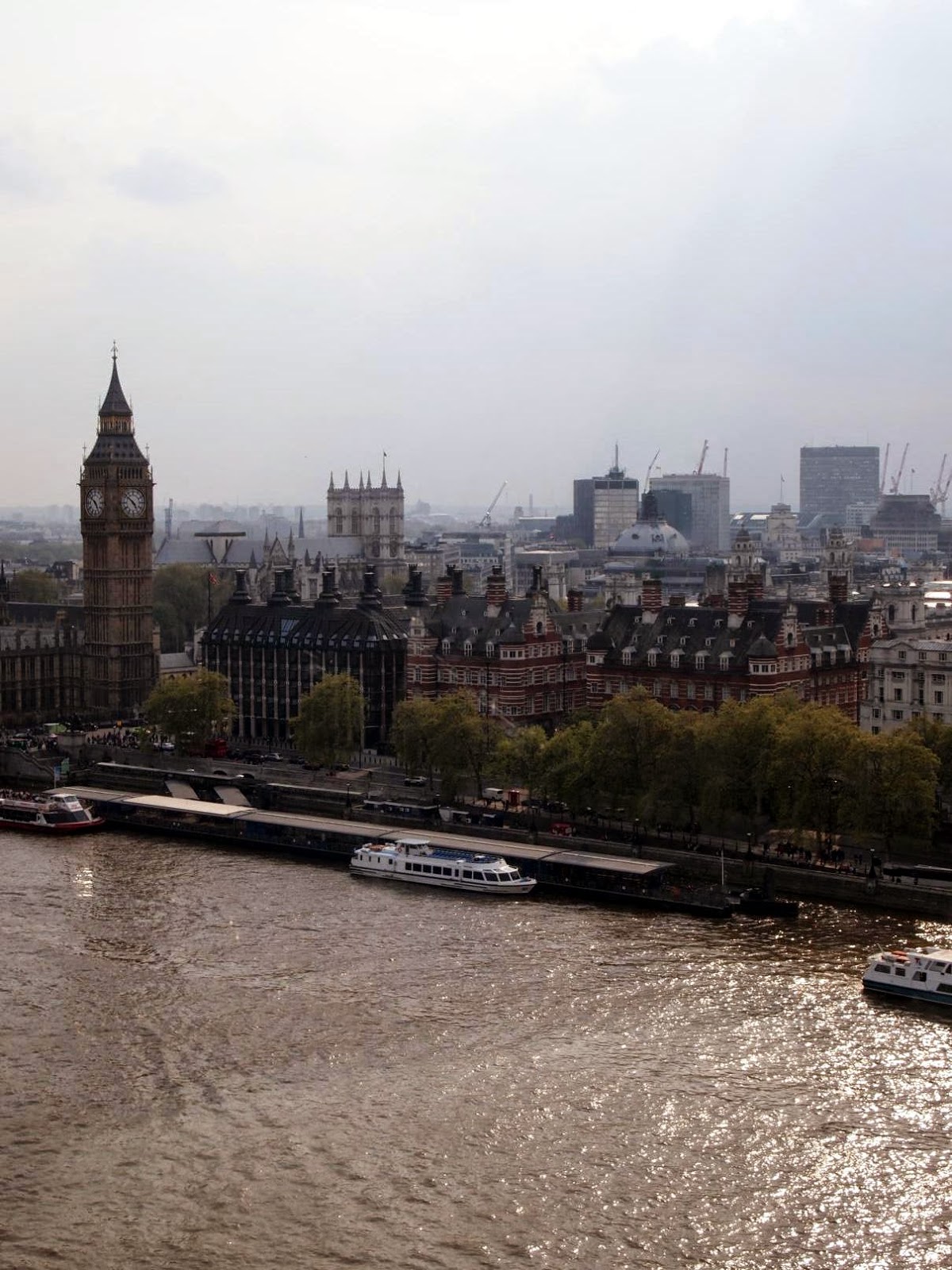 It was pretty cool to look out over the city and see the (I think) rapidly changing skyline. I hadn’t been to London since 2009, back when the Gerkin was still in its early years- and now, 5 years later, there’s already a handful of buildings I’ve never seen before. 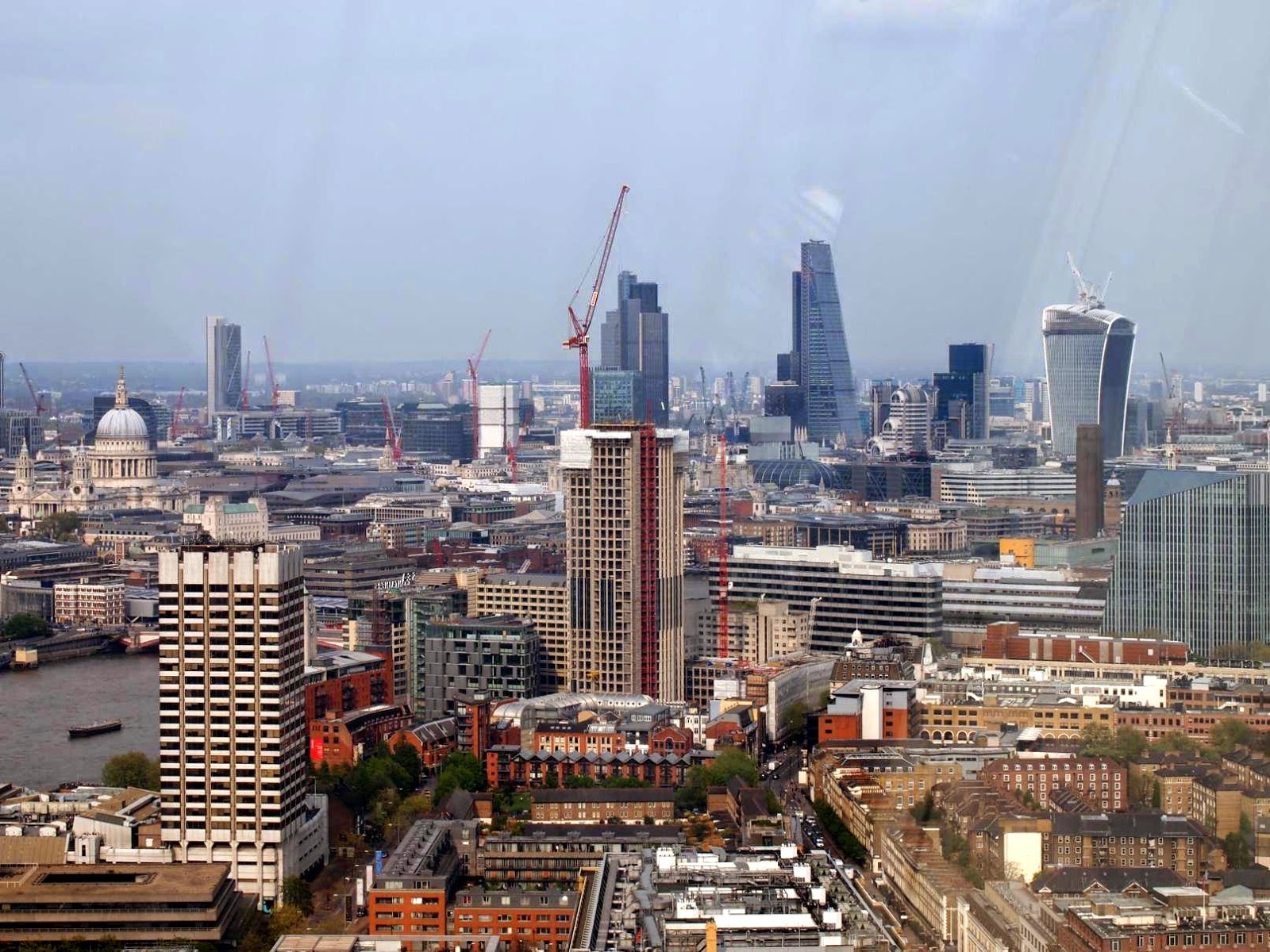 Of course, if you’re more into another kind of sport, you can also ‘people-watch’ the little ant-sorts scurrying on the ground and the caged-sort in the capsules around you. 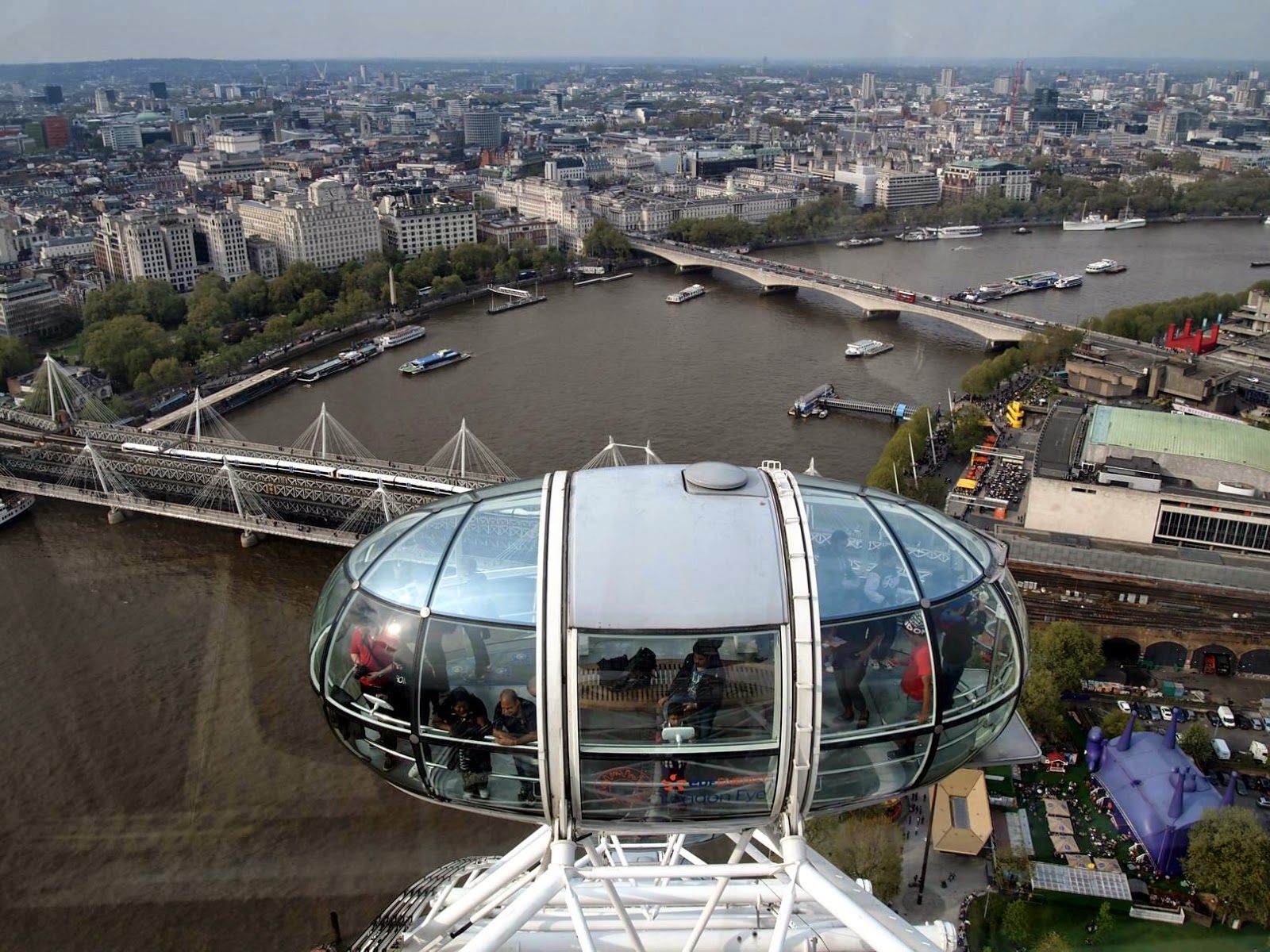 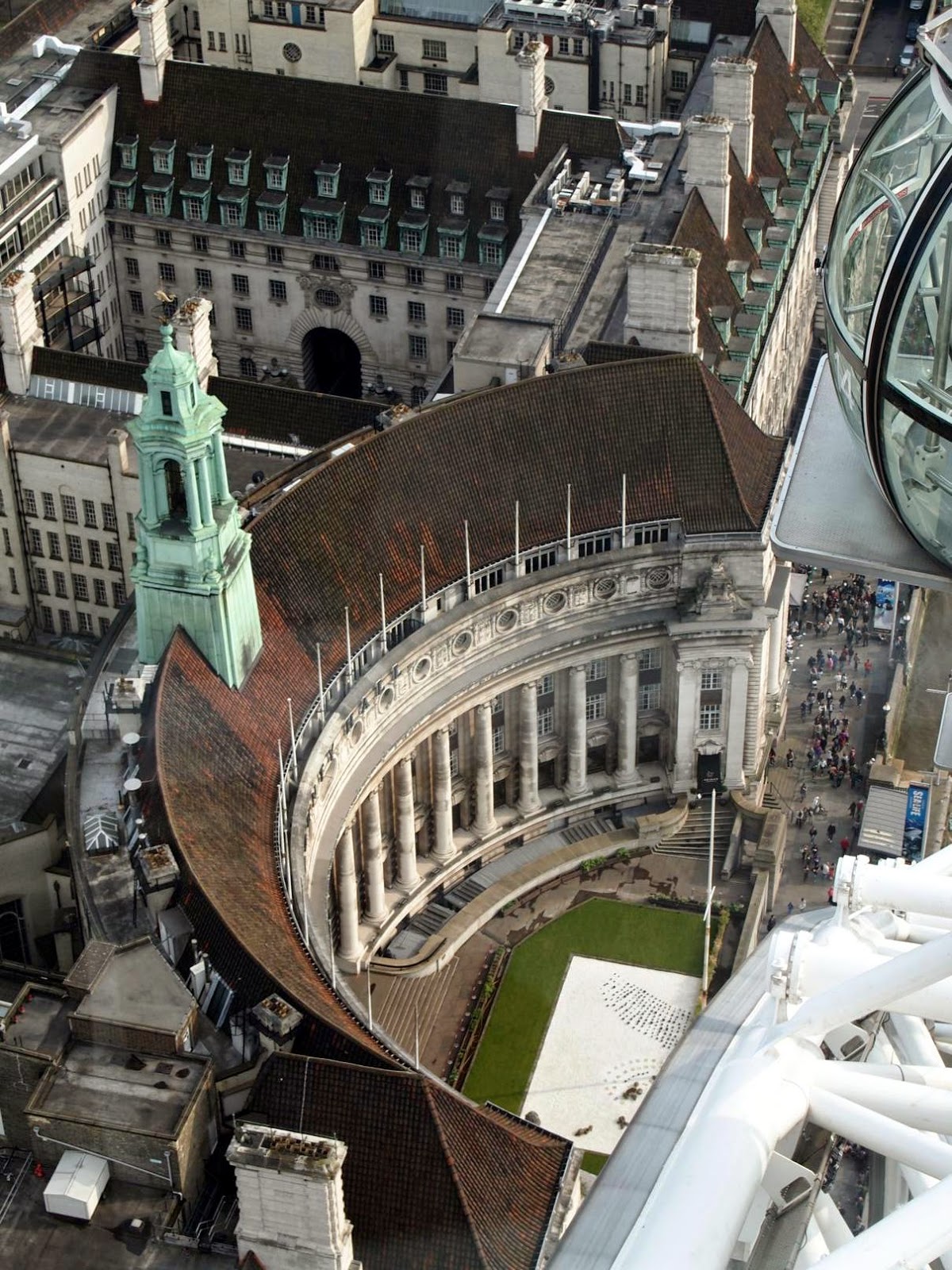 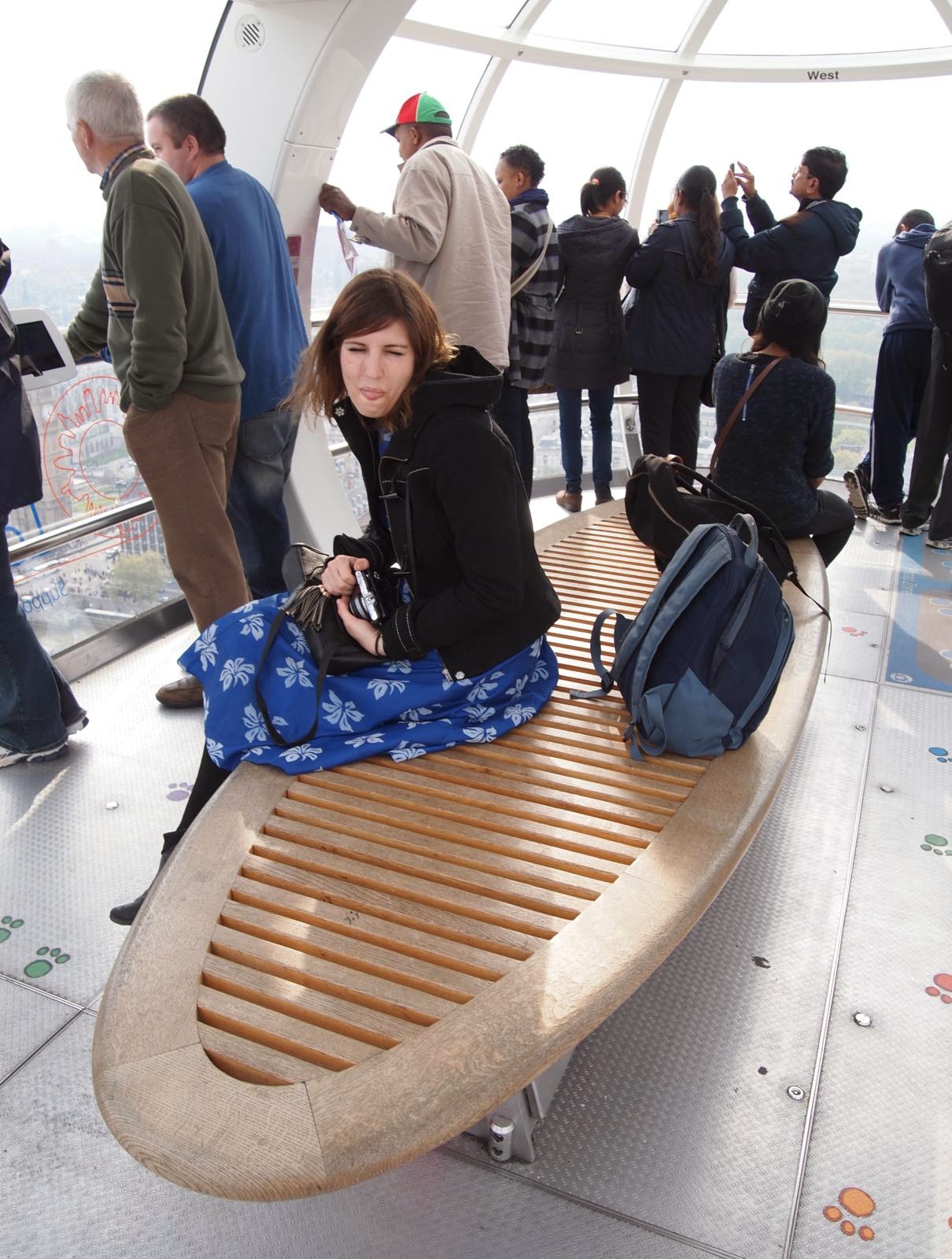 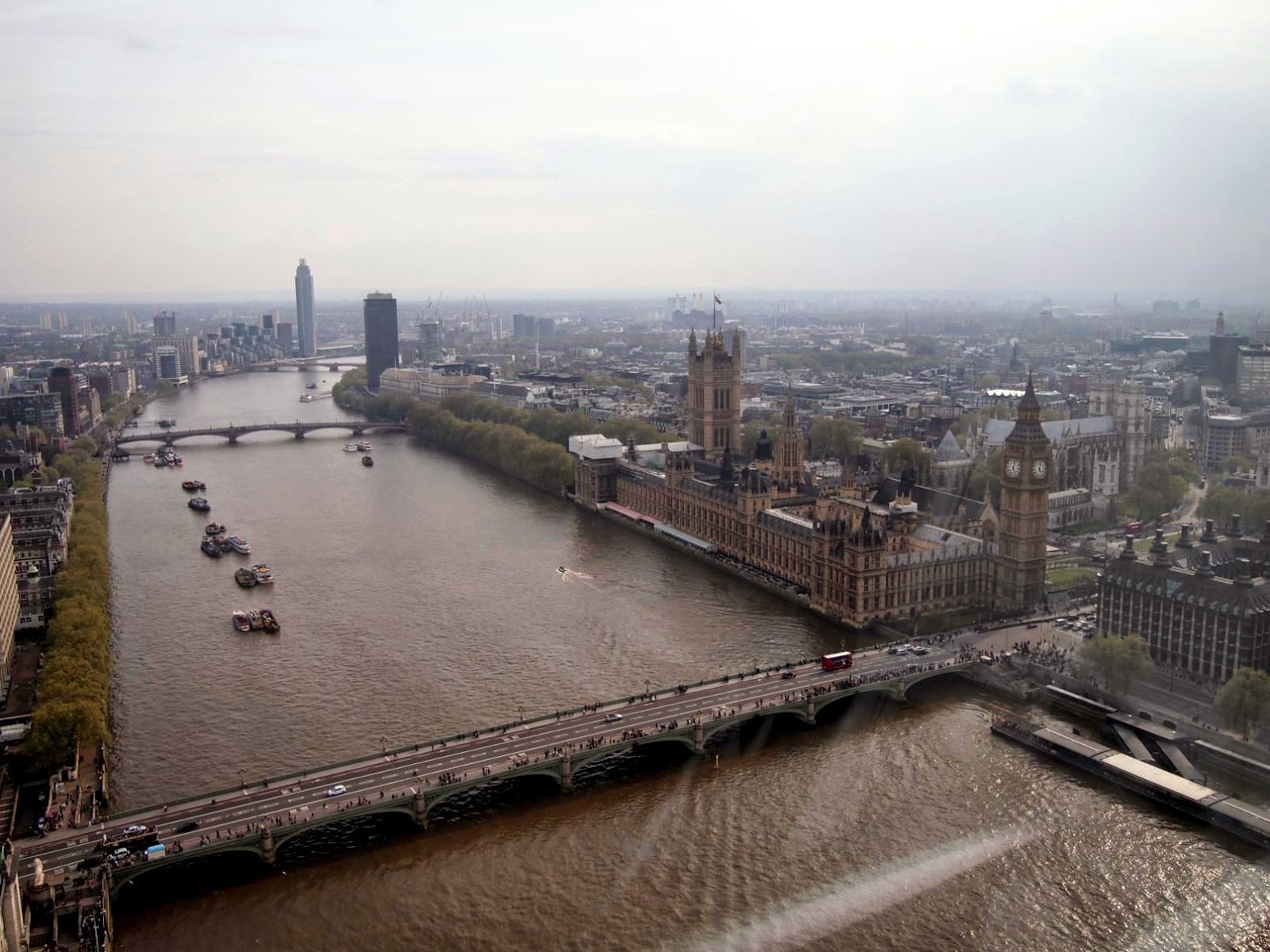 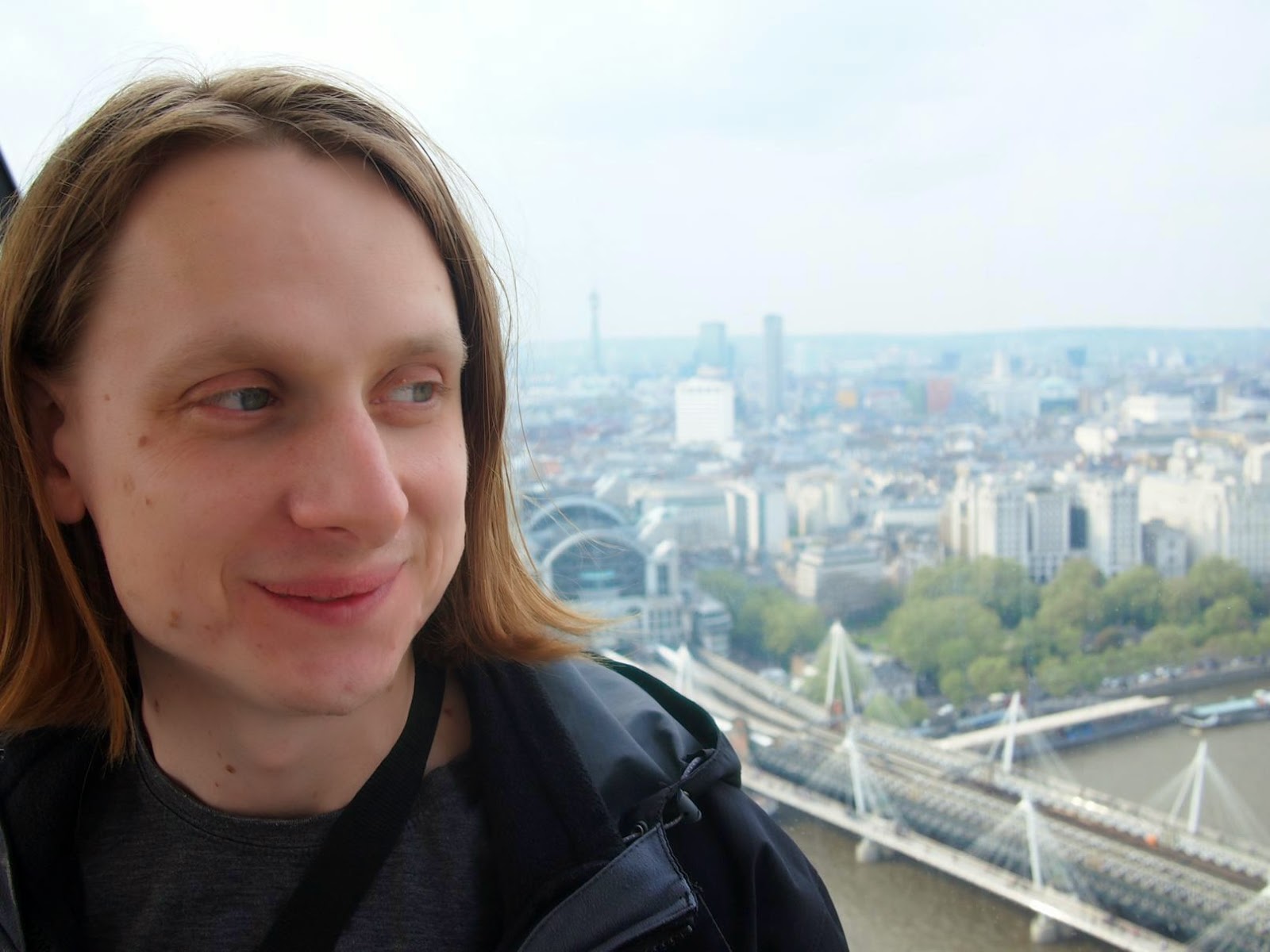 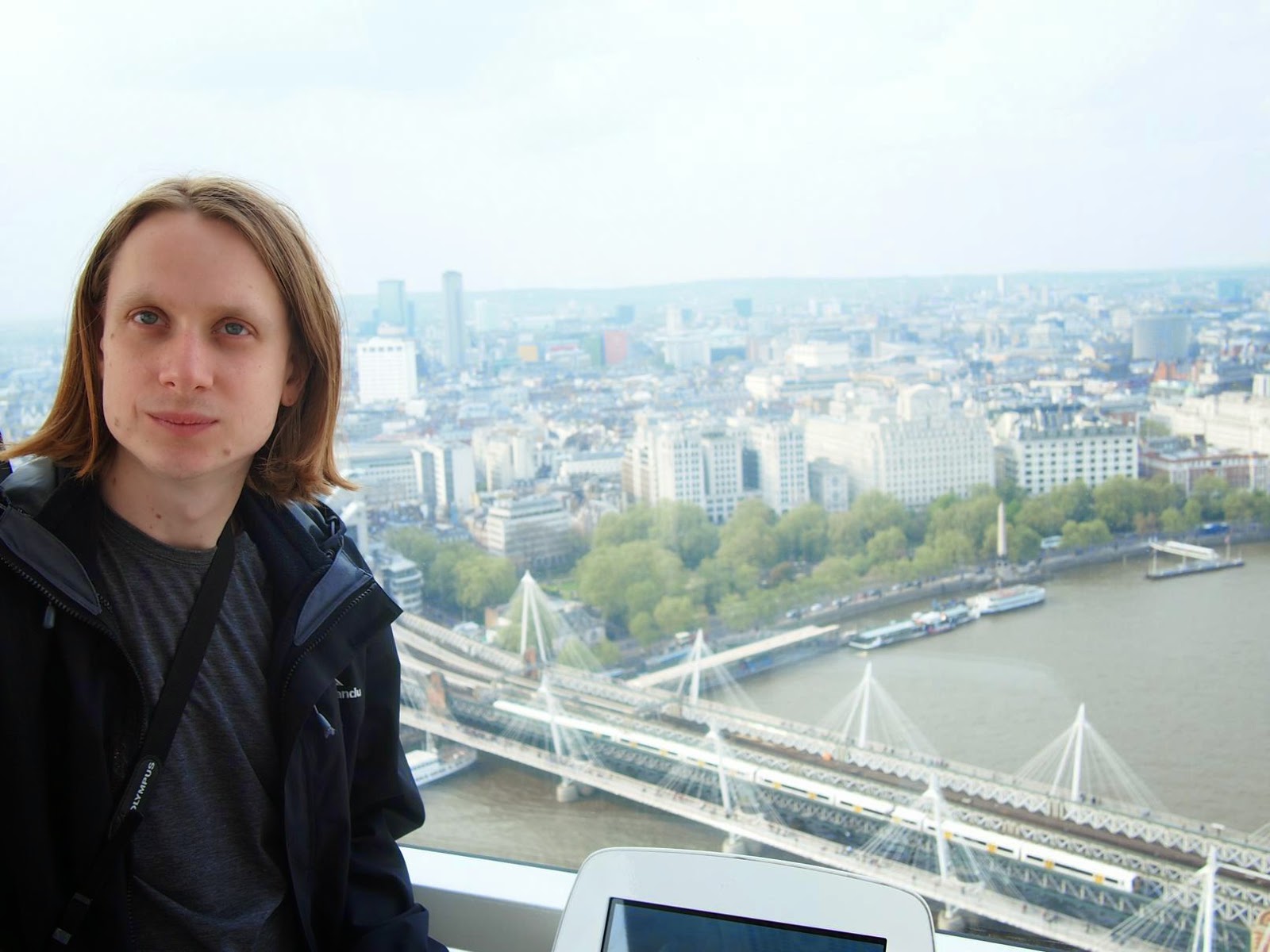 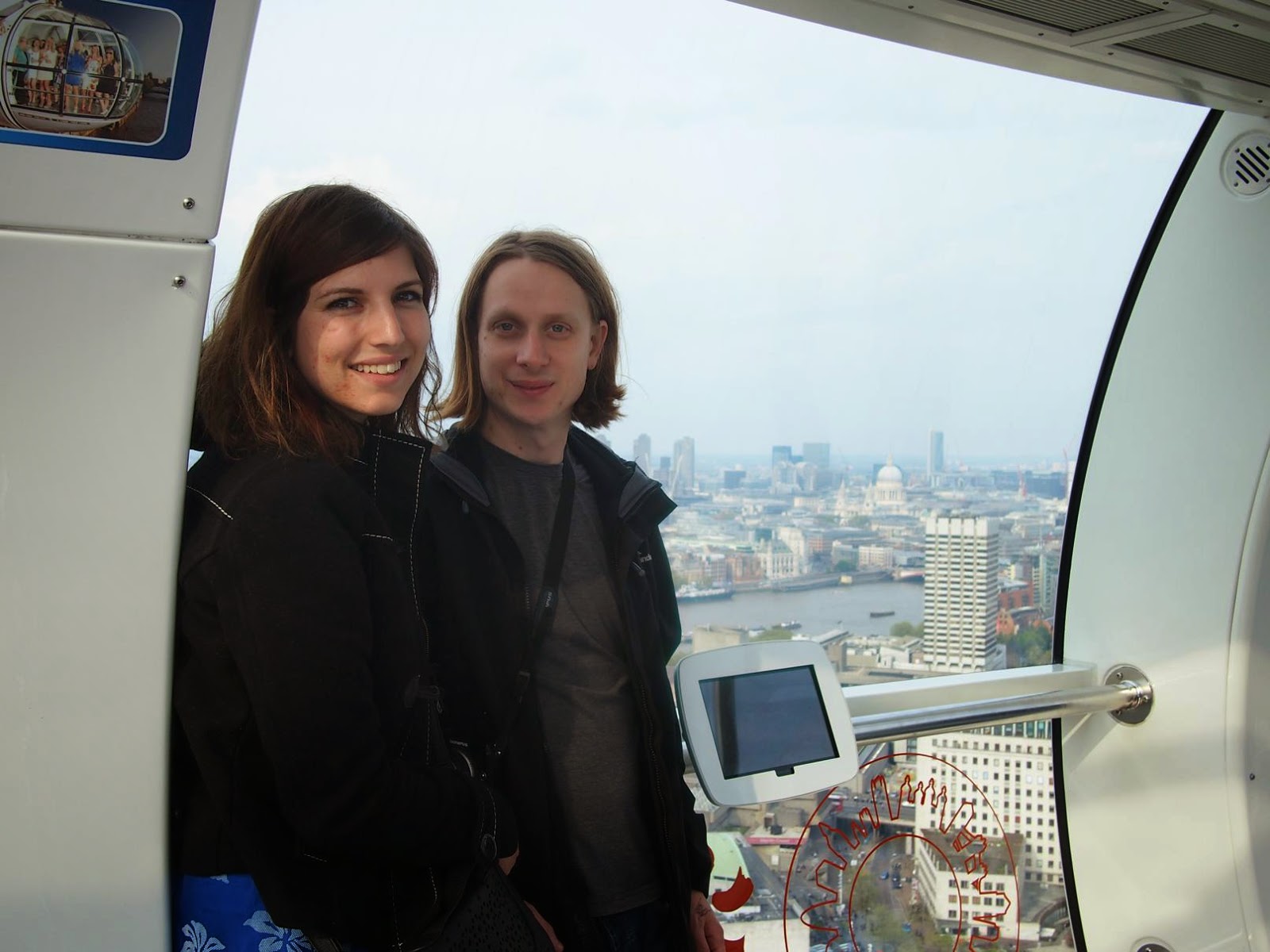 When we finally escaped our moving prison, we headed to Phoenix Theatre… Musical Time! 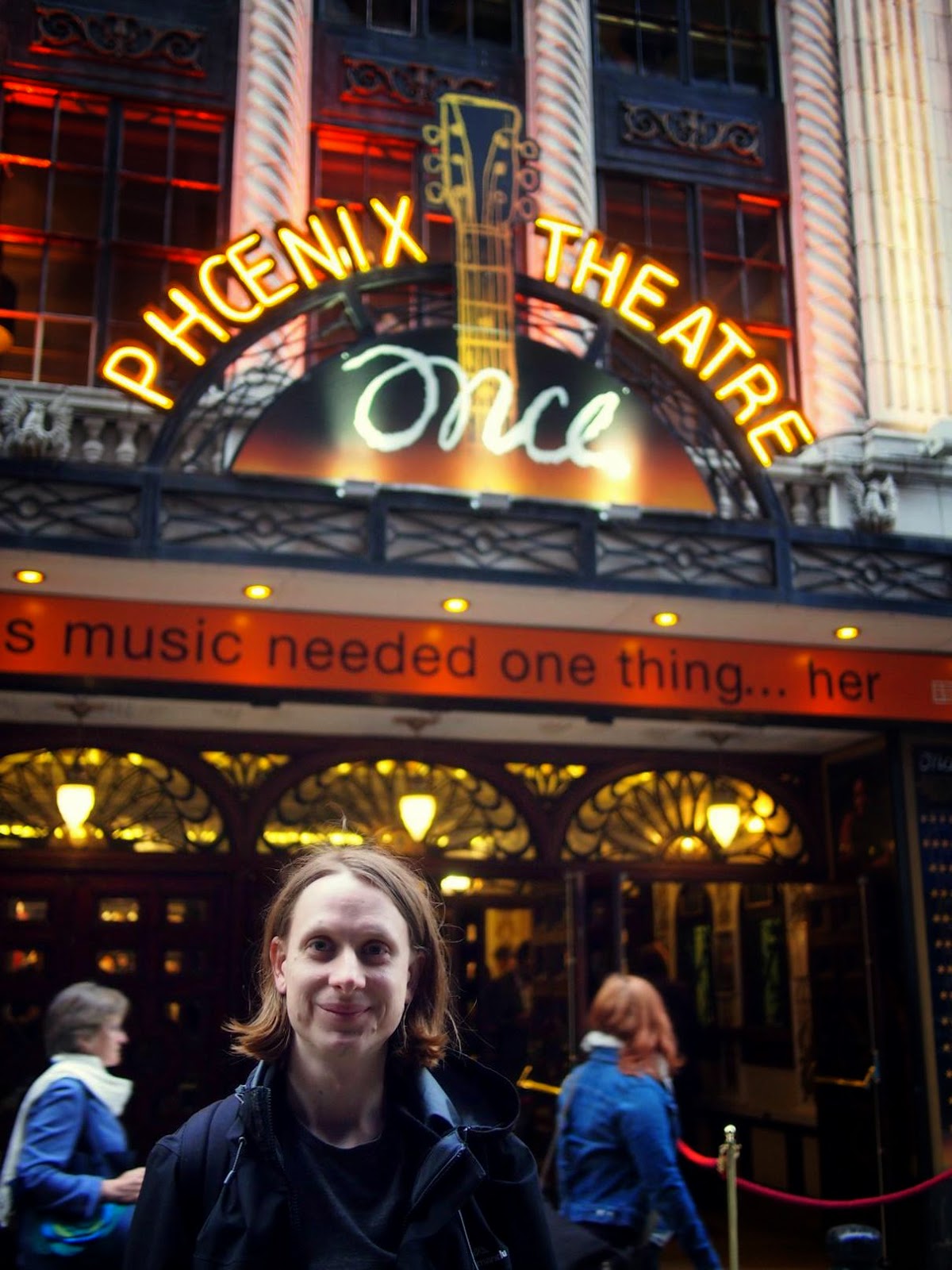 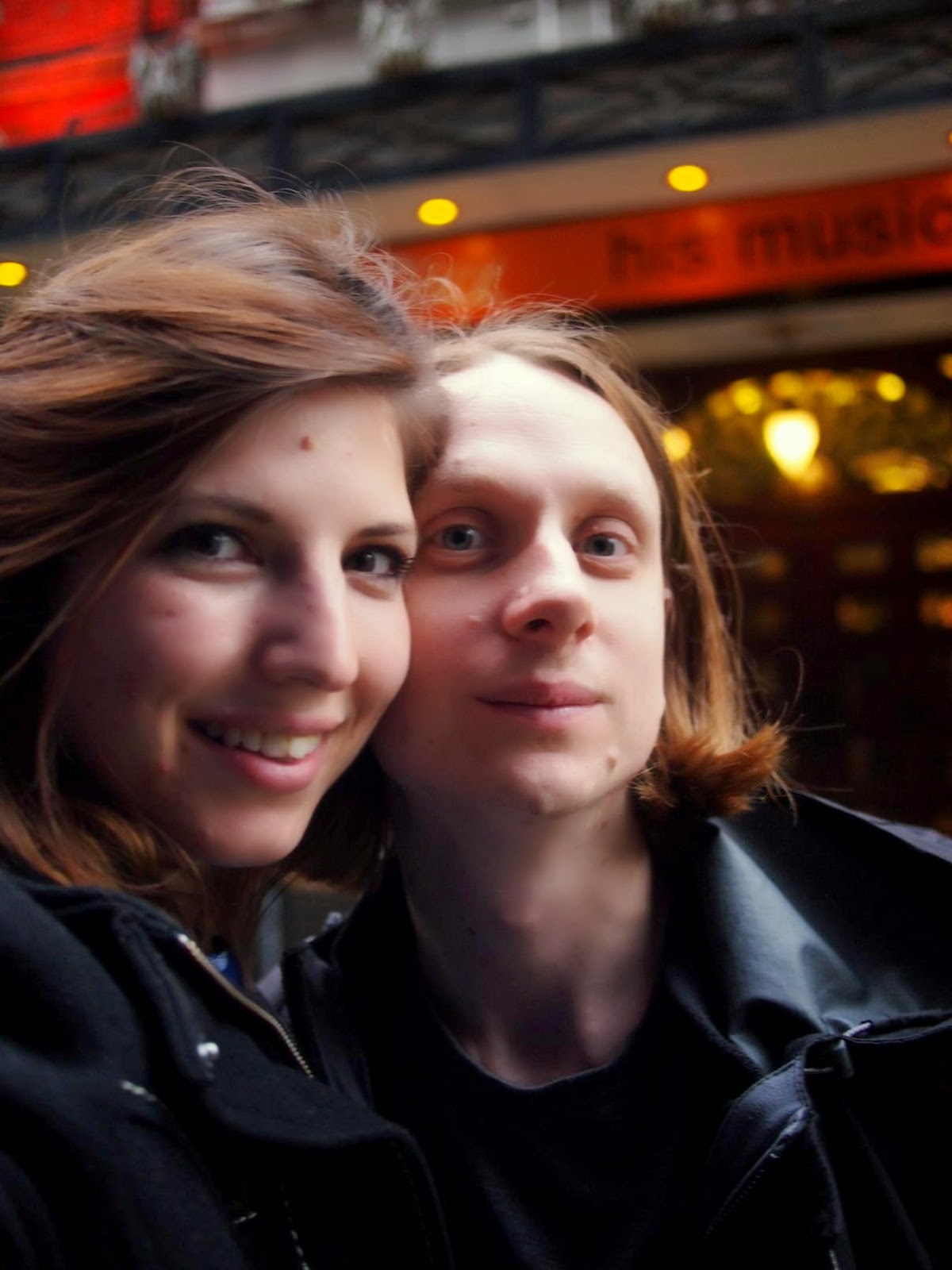 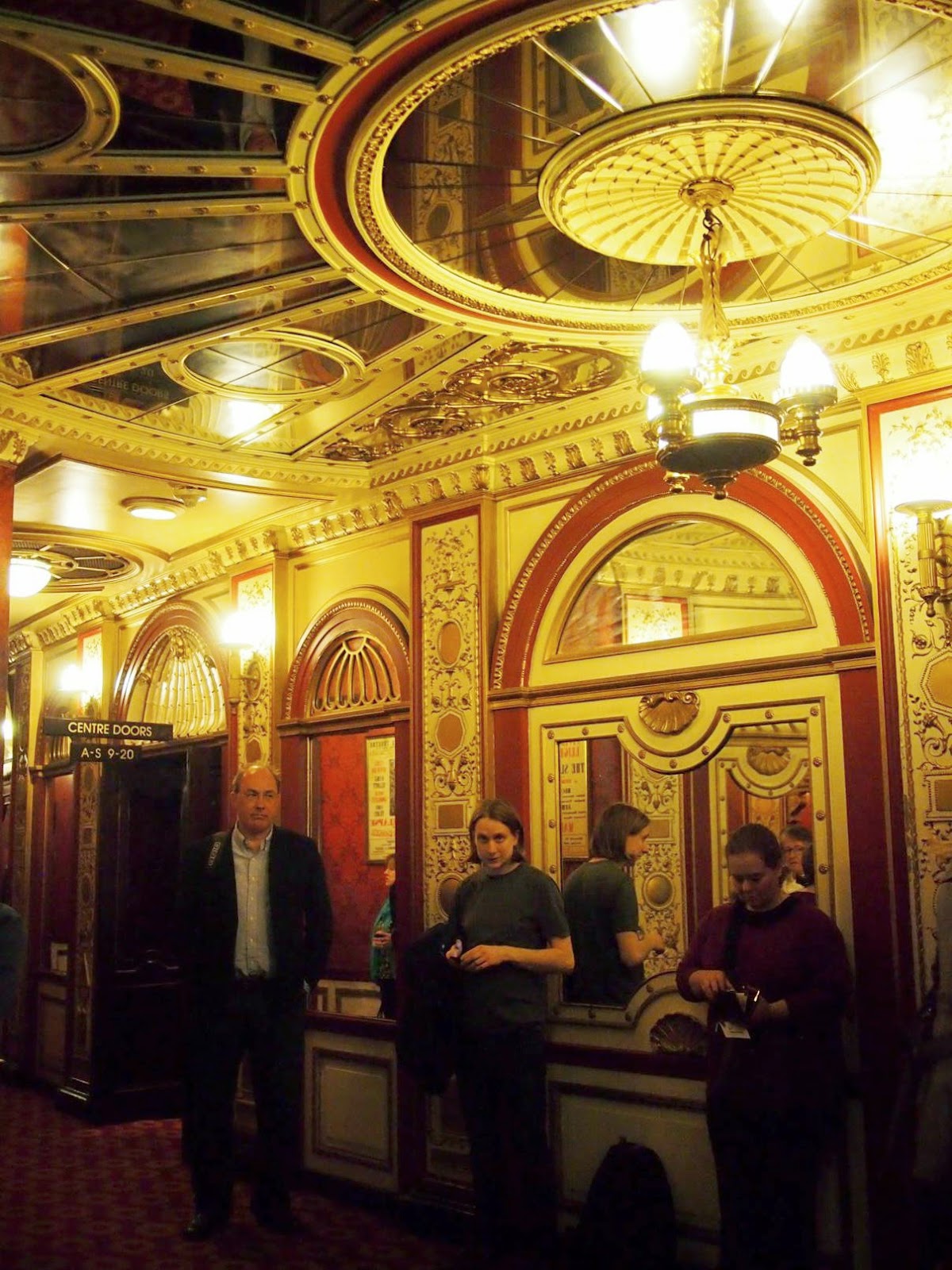 The set up of the stage was rather awesome- a bar with crazy old mirrors and instruments stacked in a corner. 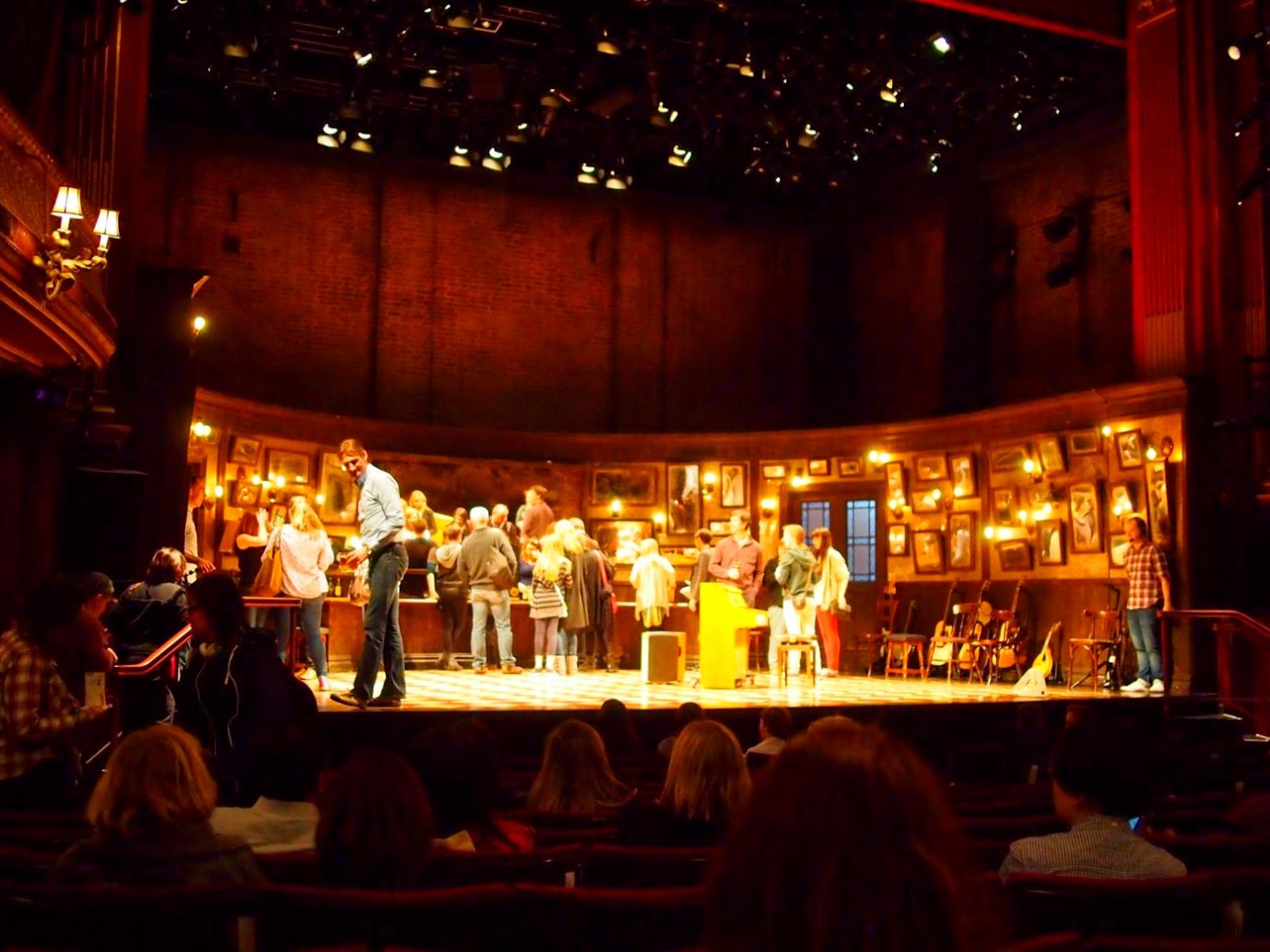 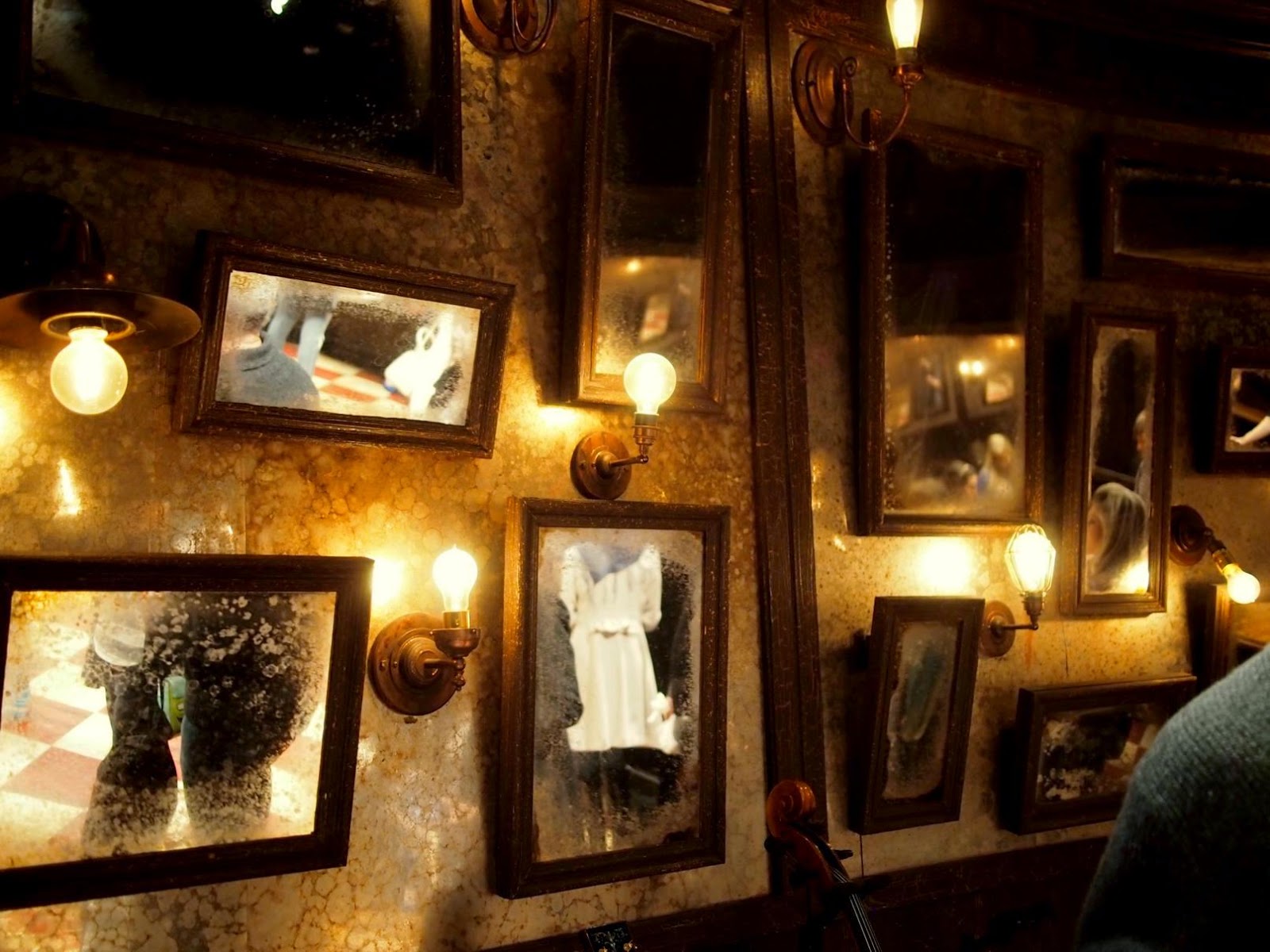 And an active bar at that- before the show began everyone could pile onto the stage and grab the fancy cocktail of their choice. 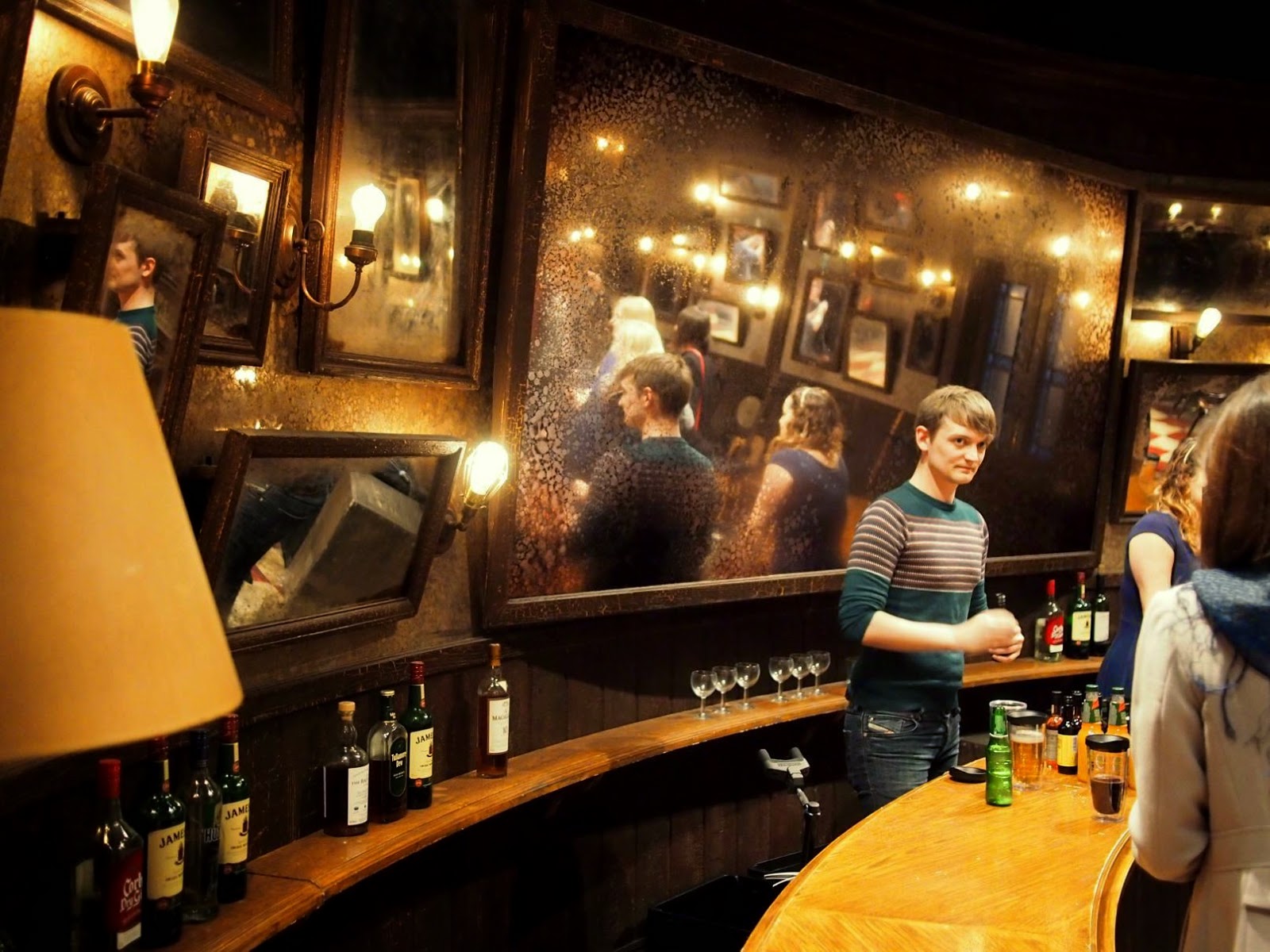 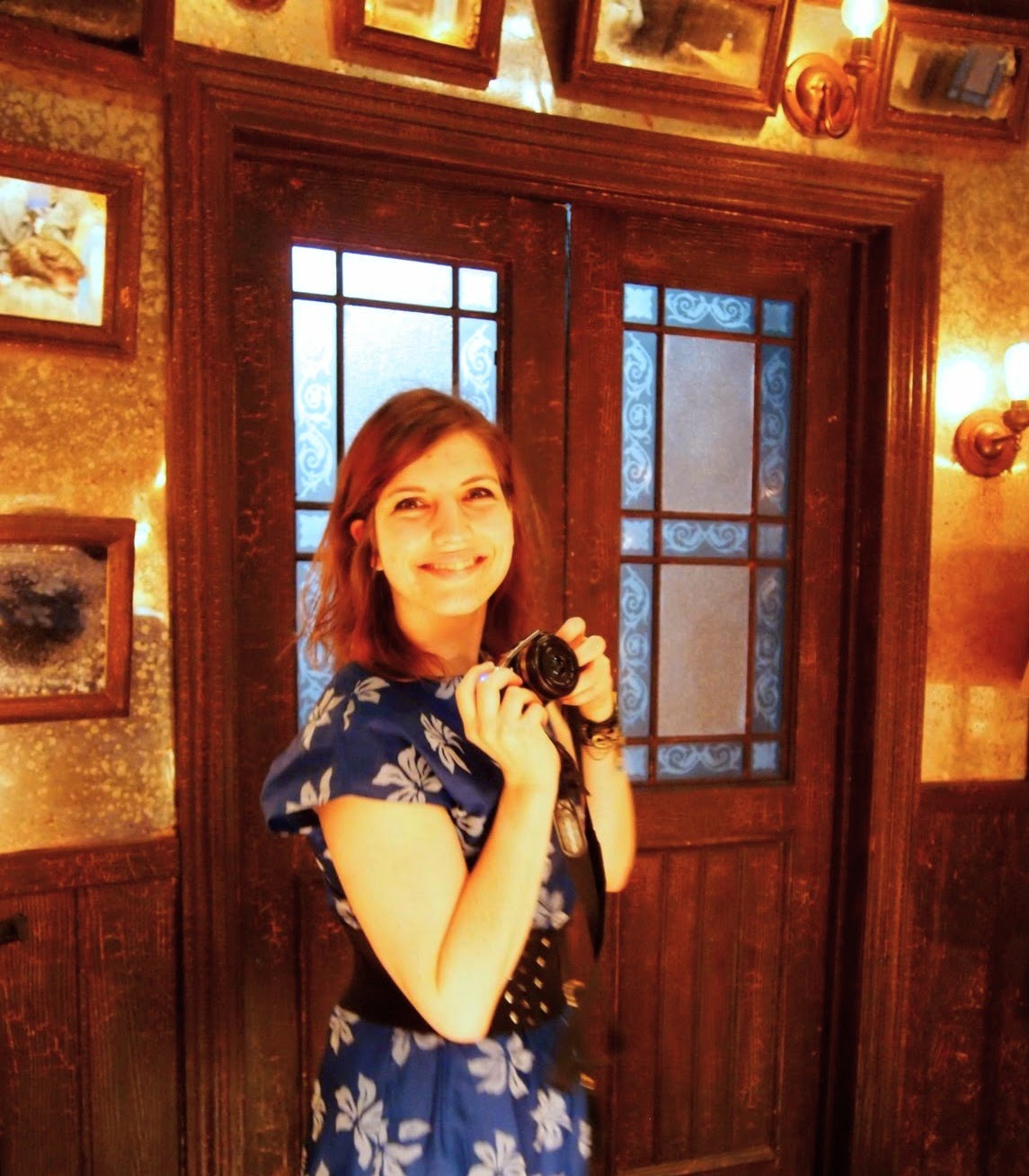 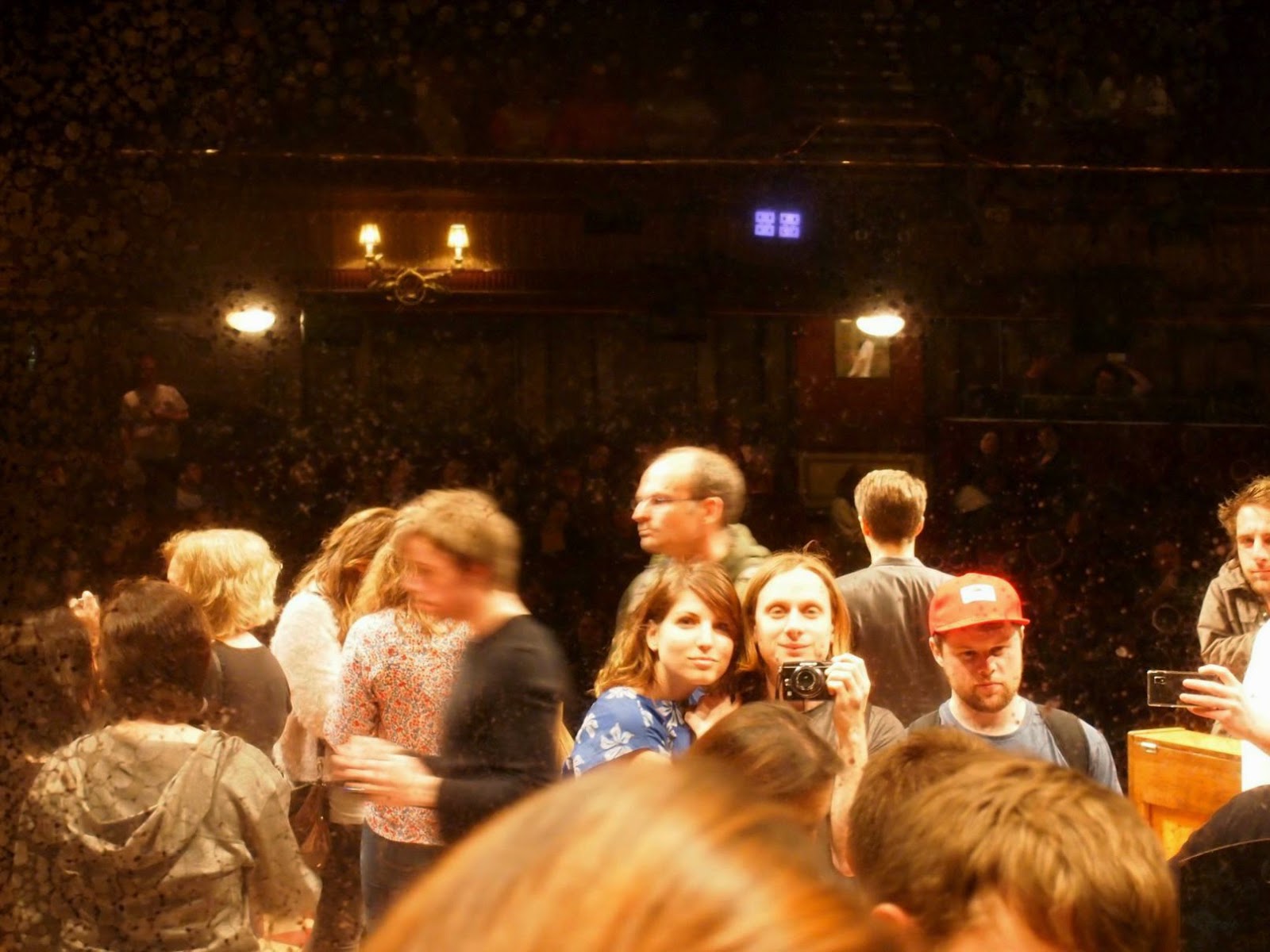 At some point, the musician/actors entered the stage, and we were told to kindly not take more photos. They played some rolicking music for about 5 minutes with half the audience still on the stage.. and then eventually we all moved back to our seats and the play began in earnest.

I have to say that it was a wonderful show. The perfect mix of high energy music, heartbreaking love songs, and good humour. I was incredibly impressed with the intensity of the relationship expressed between leads Arthur Darvill and Zrinka Cvitešić, and the supporting characters not only added action but also spirit to the show. The story of the Czech roommate who desperately wanted to move forward in his career- an action somehow tied to finding a place in the Irish society, was particularly beautiful.

For those of you who have seen the movie, the show is much faster, more energetic, and more of a comedy – the Girl is at times, rather slapstick- which I think contrasts quite nicely with the melancholy of the Guy. Being a stage show, it’s also more ‘musical’ than the film- refrains are echoed throughout to draw you in, the community is built around group sessions and so on. 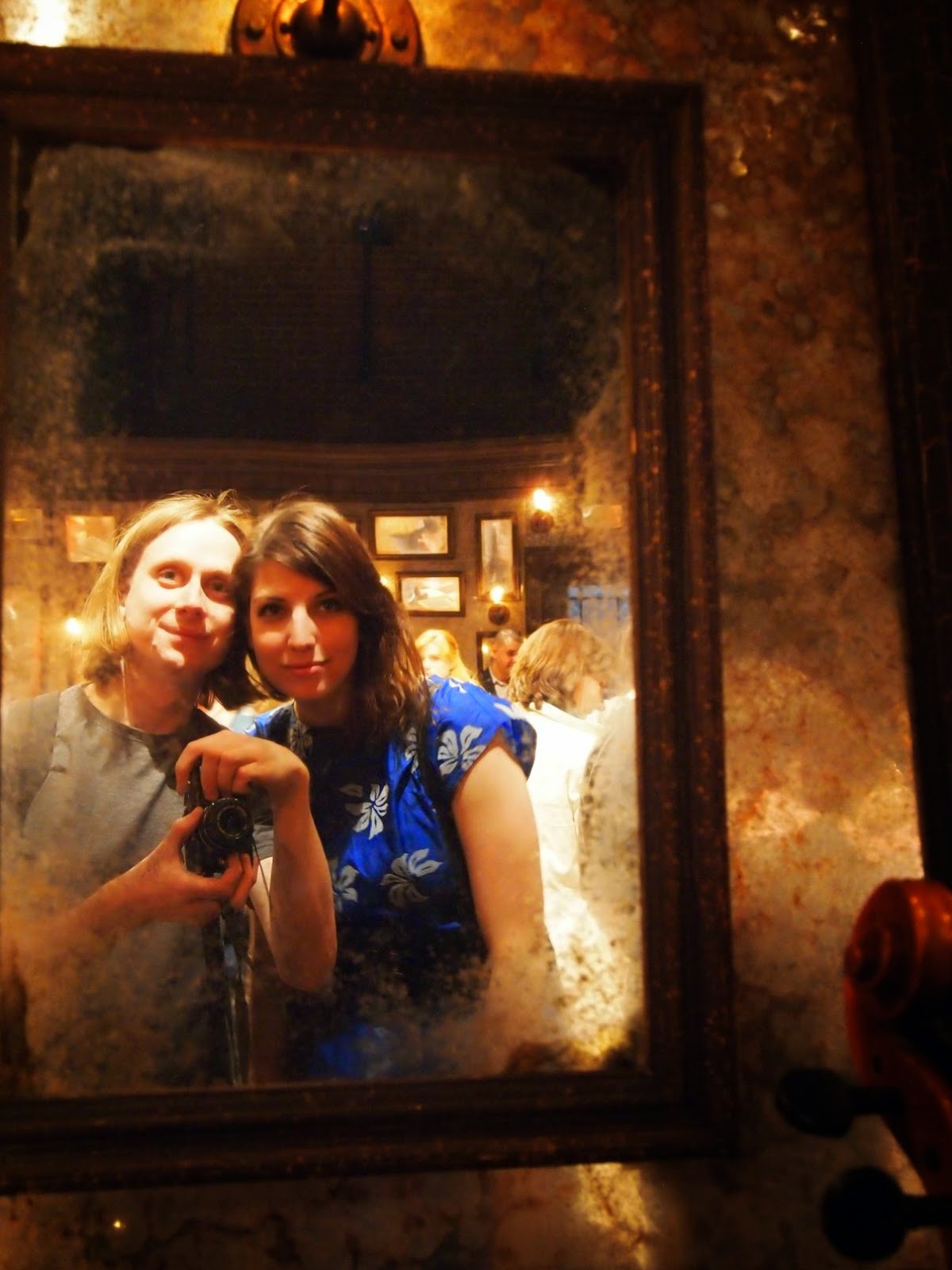 In any case, I recommend you check out this review, which I think sums up the plot and general merits of the show quite nicely- and also contains a couple of photos of our cast (the second one in particular will give you an idea of the onstage presence of the group).
In the end though- it’s something you really have to go and check out for yourself! 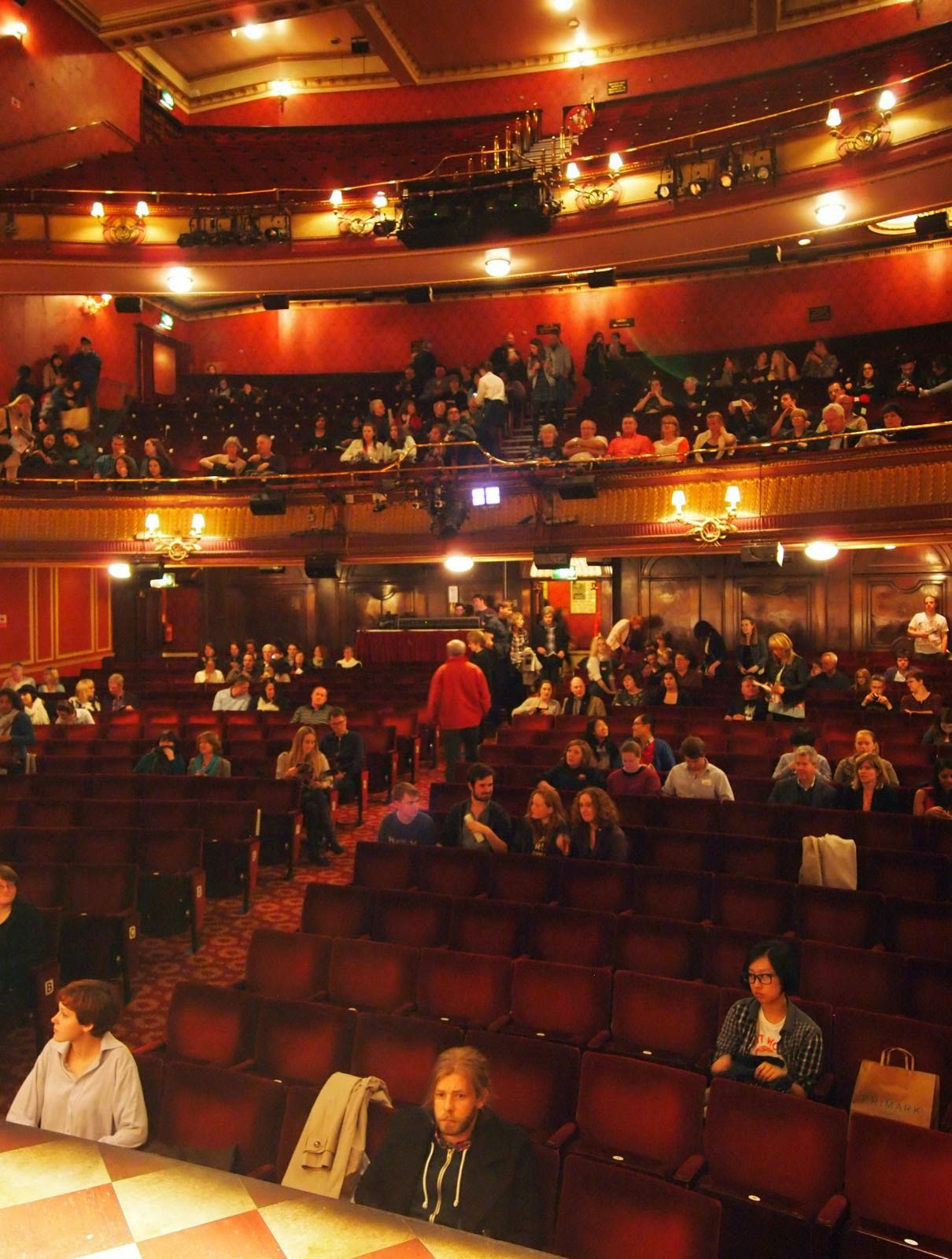