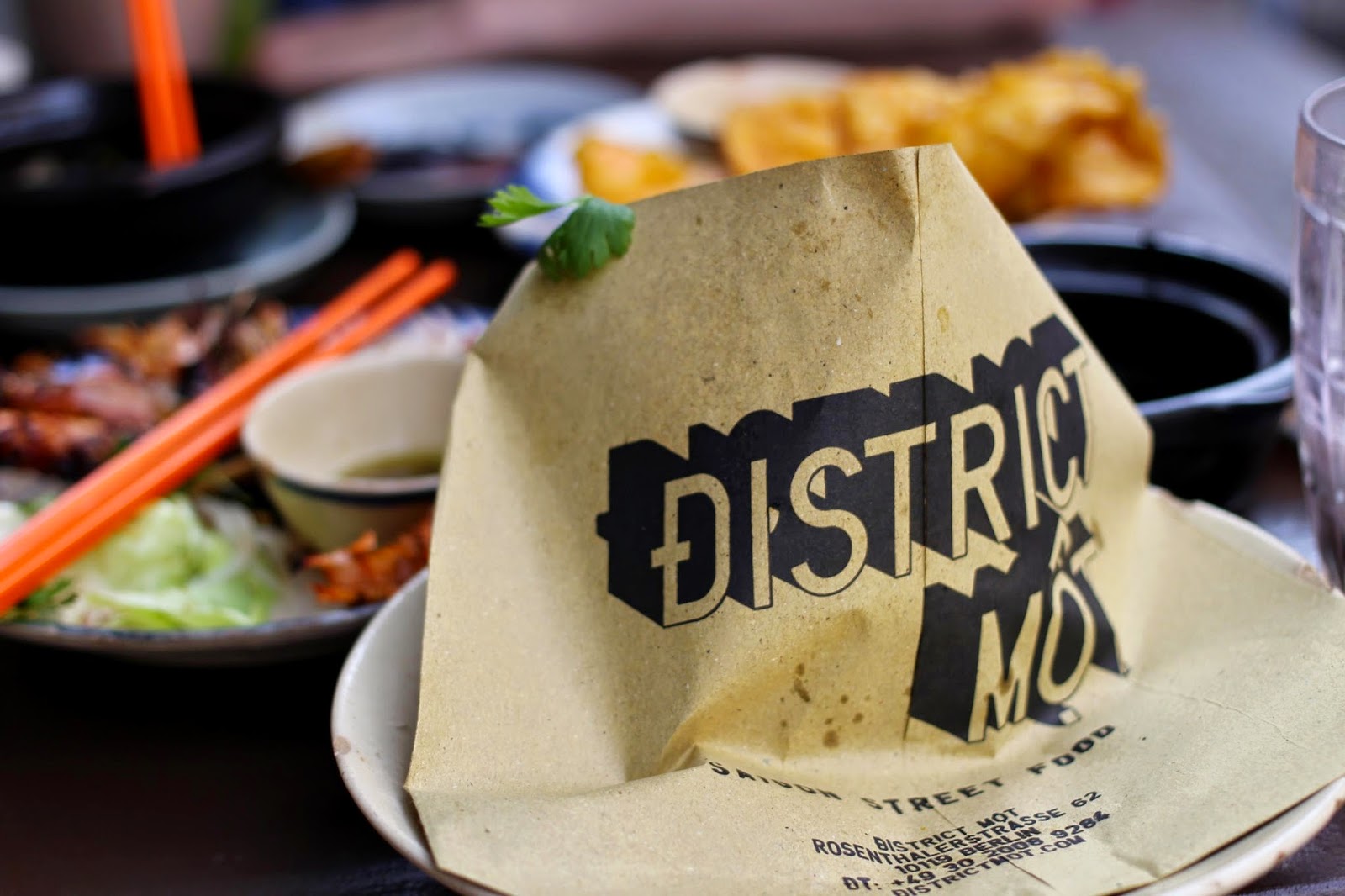 While wandering around the city we stumbled, at peak stomach-rumbling time, upon District Mot.
I was pretty keen to try it out- I’d just read that they’d been awarded Berlin’s Best Burger over at Stil in Berlin, and from the street, the place itself looked both sufficiently low key and filled with people to suggest good value. 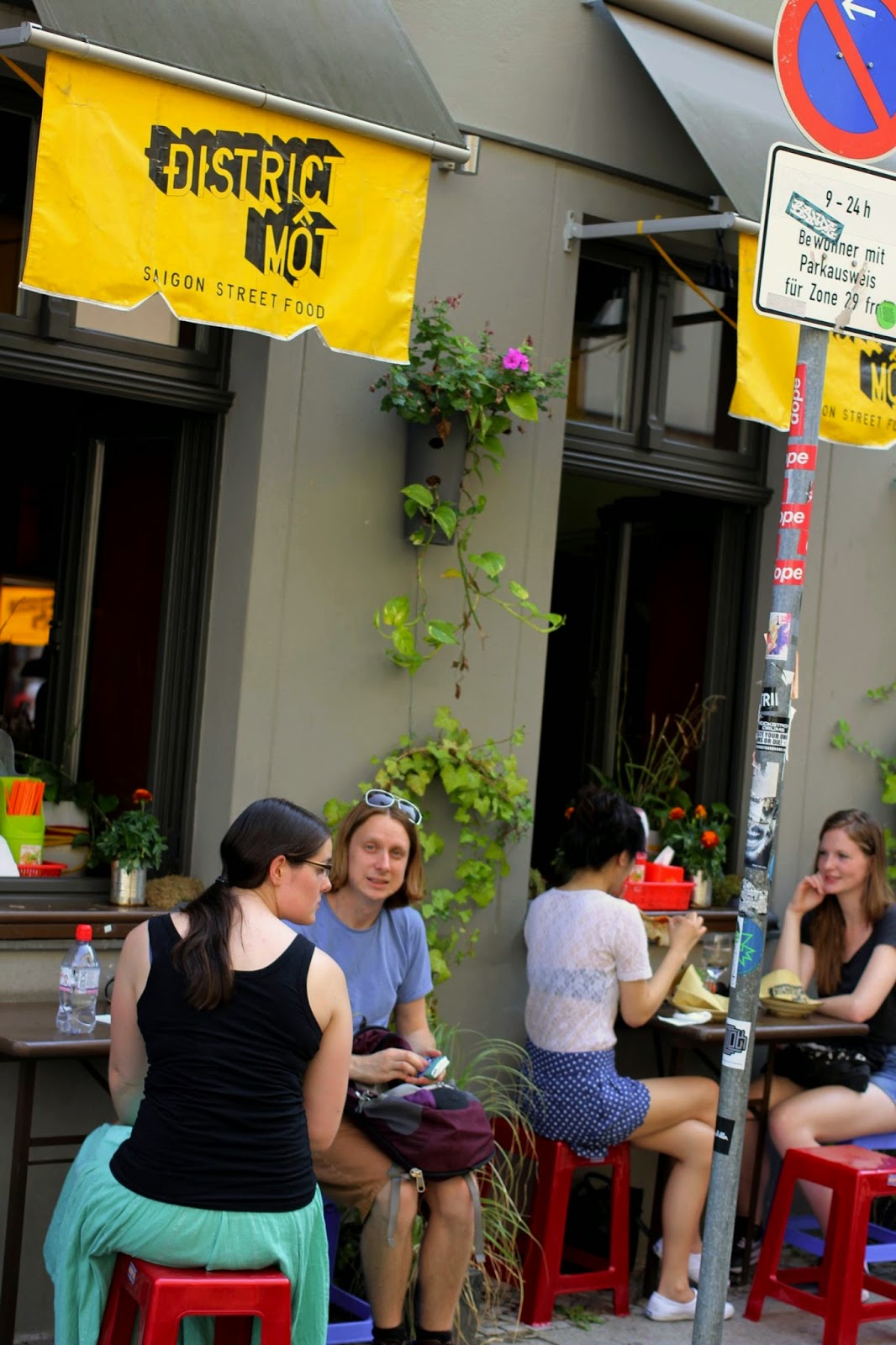 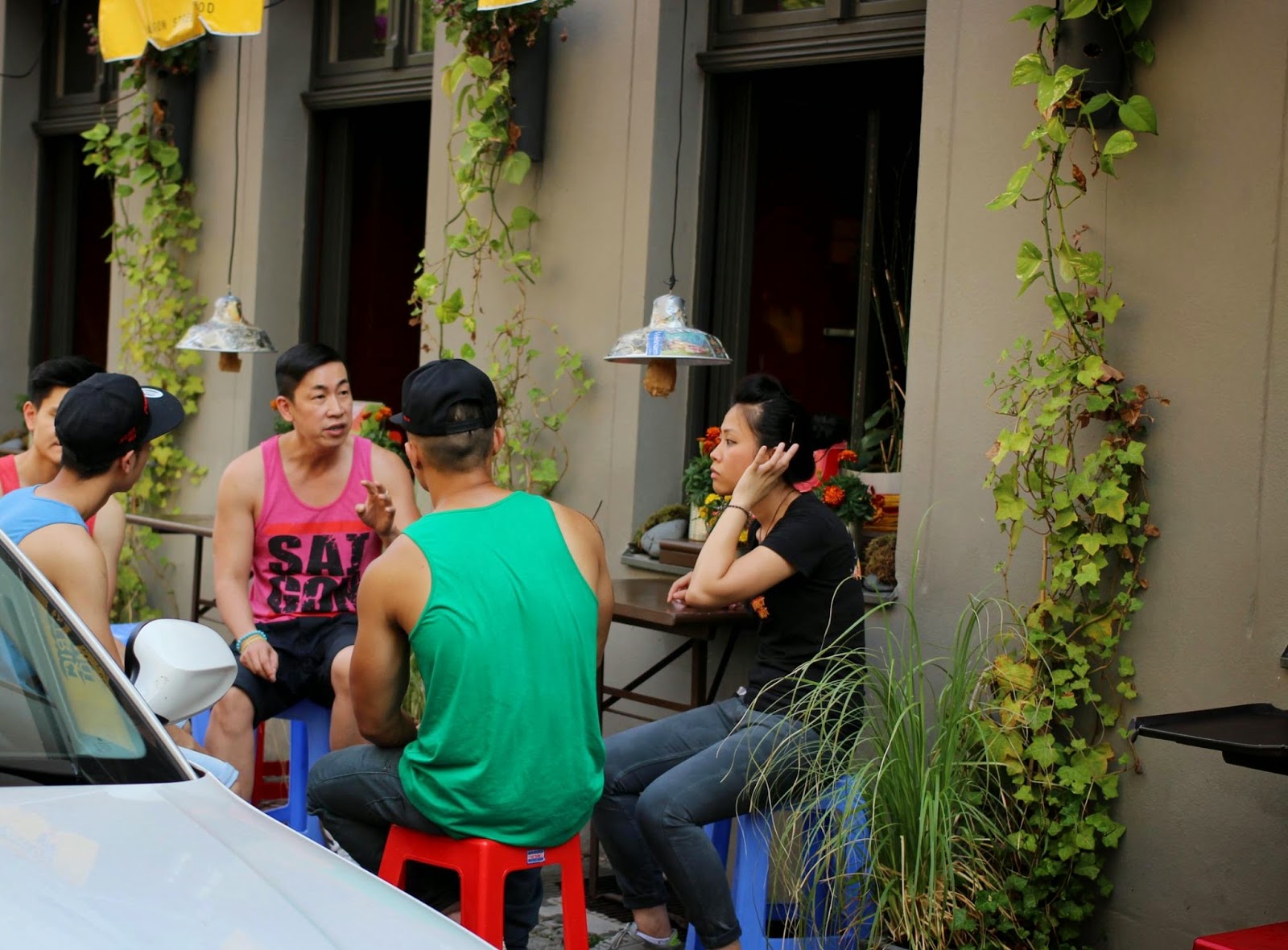 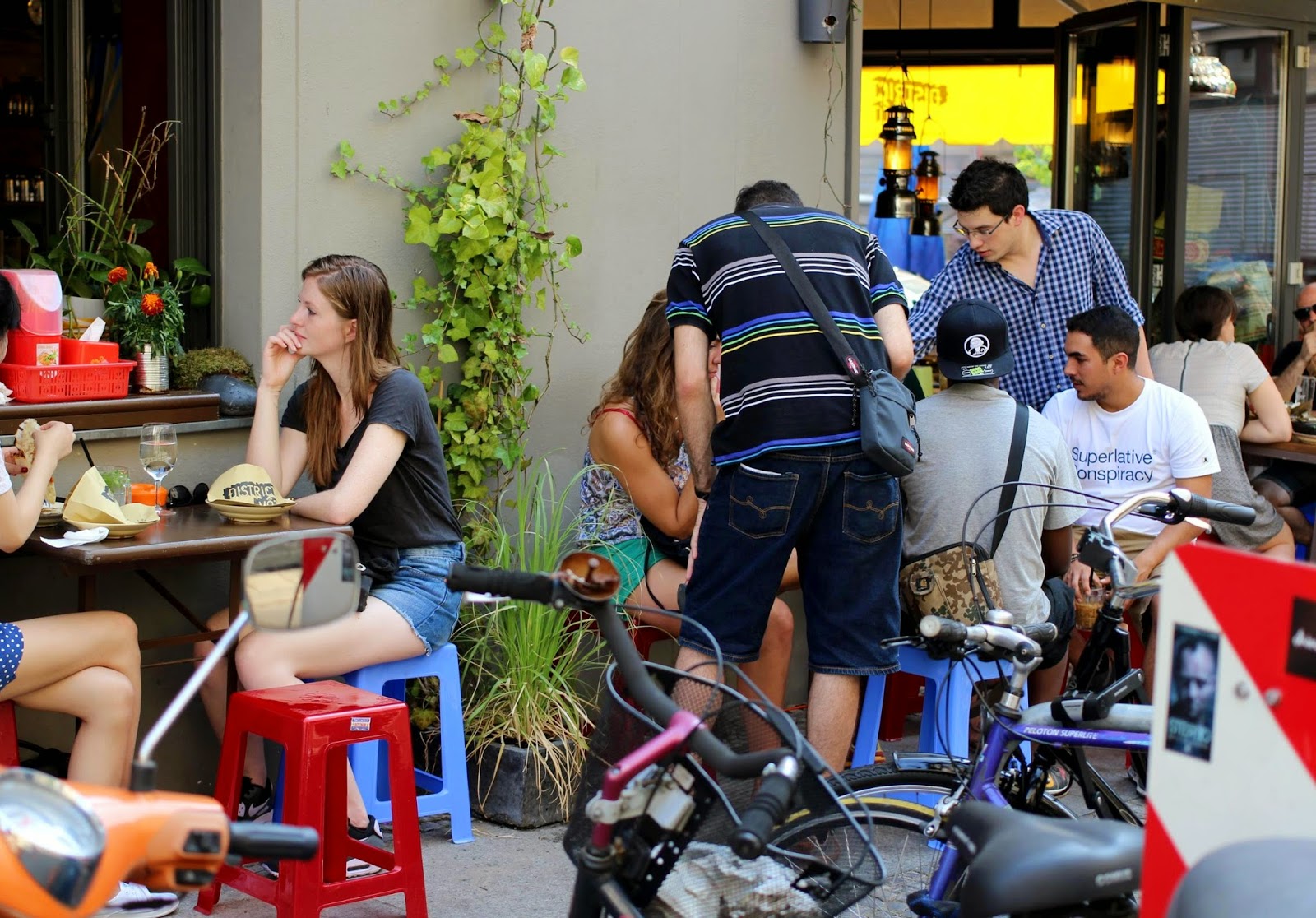 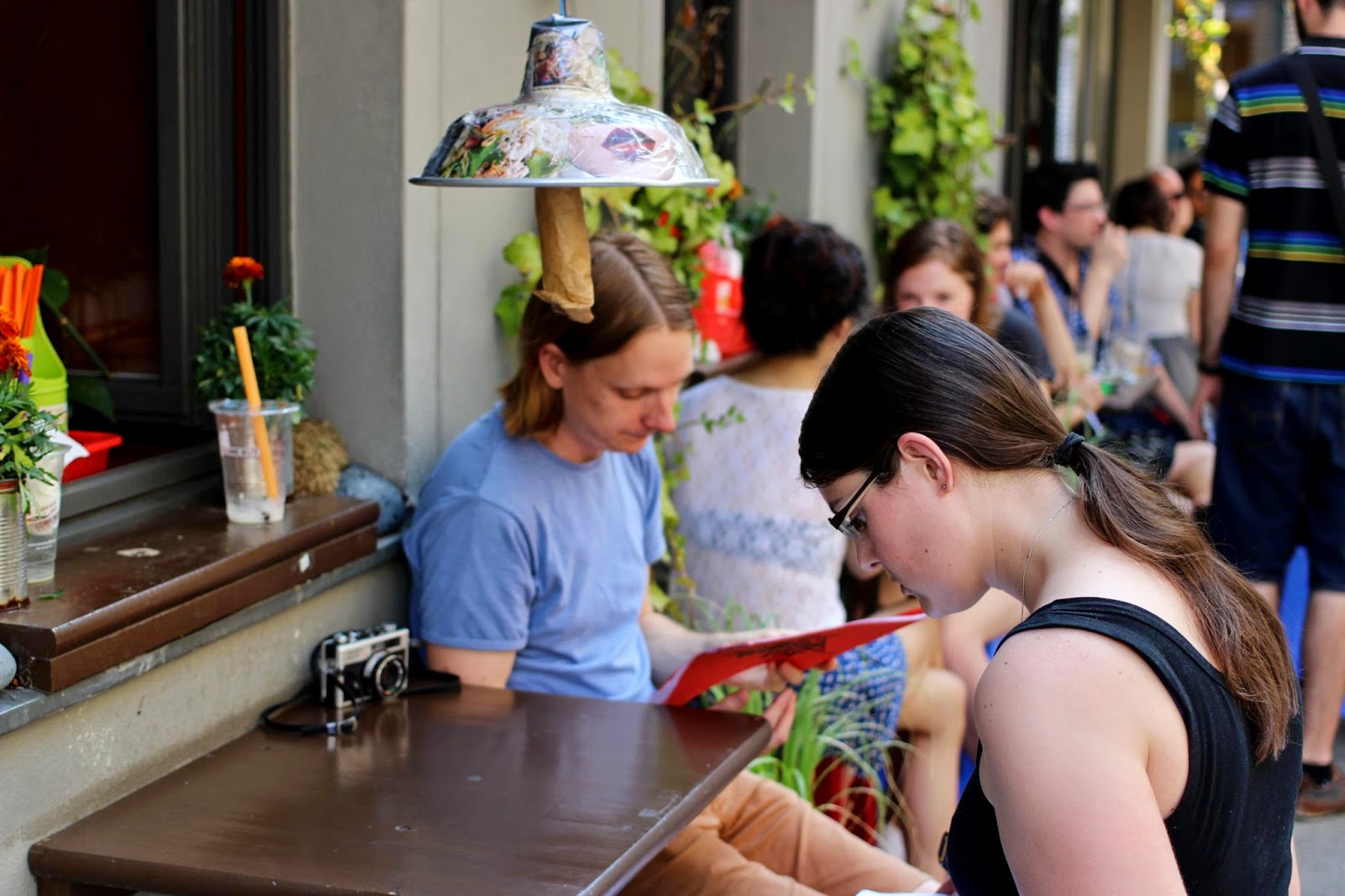 The menu contains a nice balance of normal and crazy.. and we decided to hedge our bets- going for a little of the sane and a little of the insane, and taking advantage of the ‘three people sharing rule’, which at least divides the burden of ‘terrible-choice’ consumption across the party. 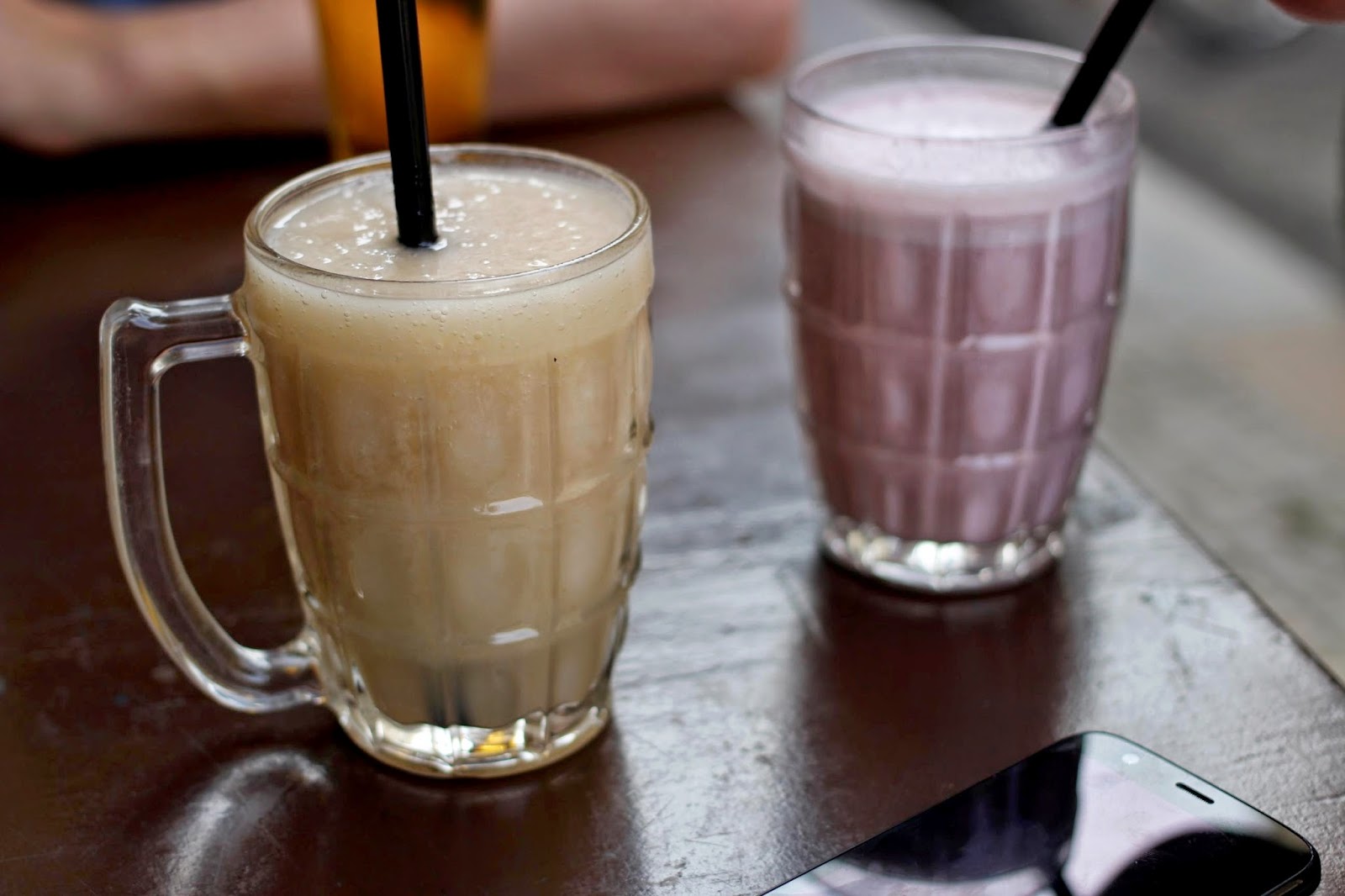 We began with snotty drinks (and I say that in the most loving way possible- anyone who has known me can say that the fasted way to my heart is crazy grass jelly, soy, basil seeds, avocado milkshakes or sago bubbles). 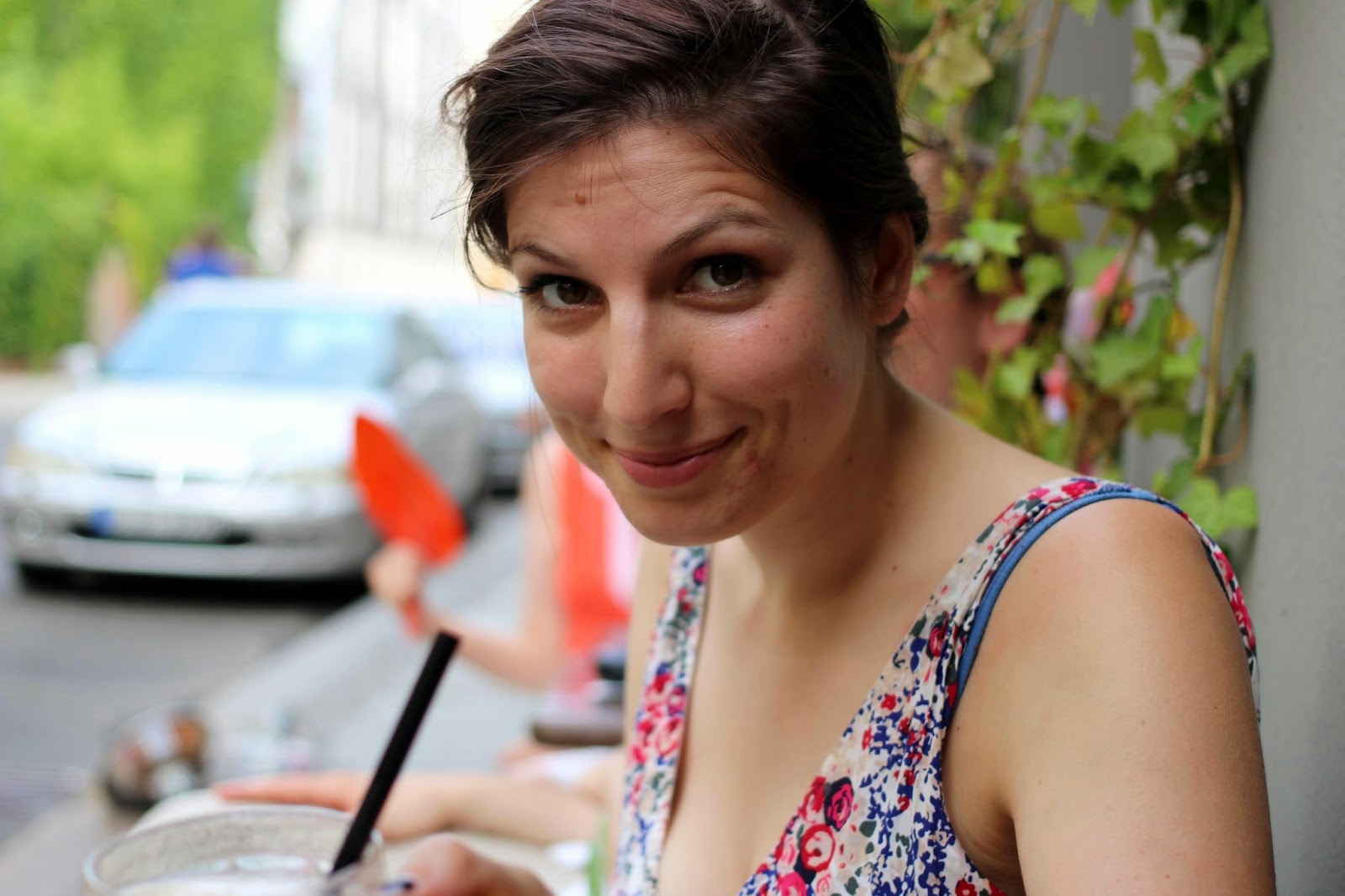 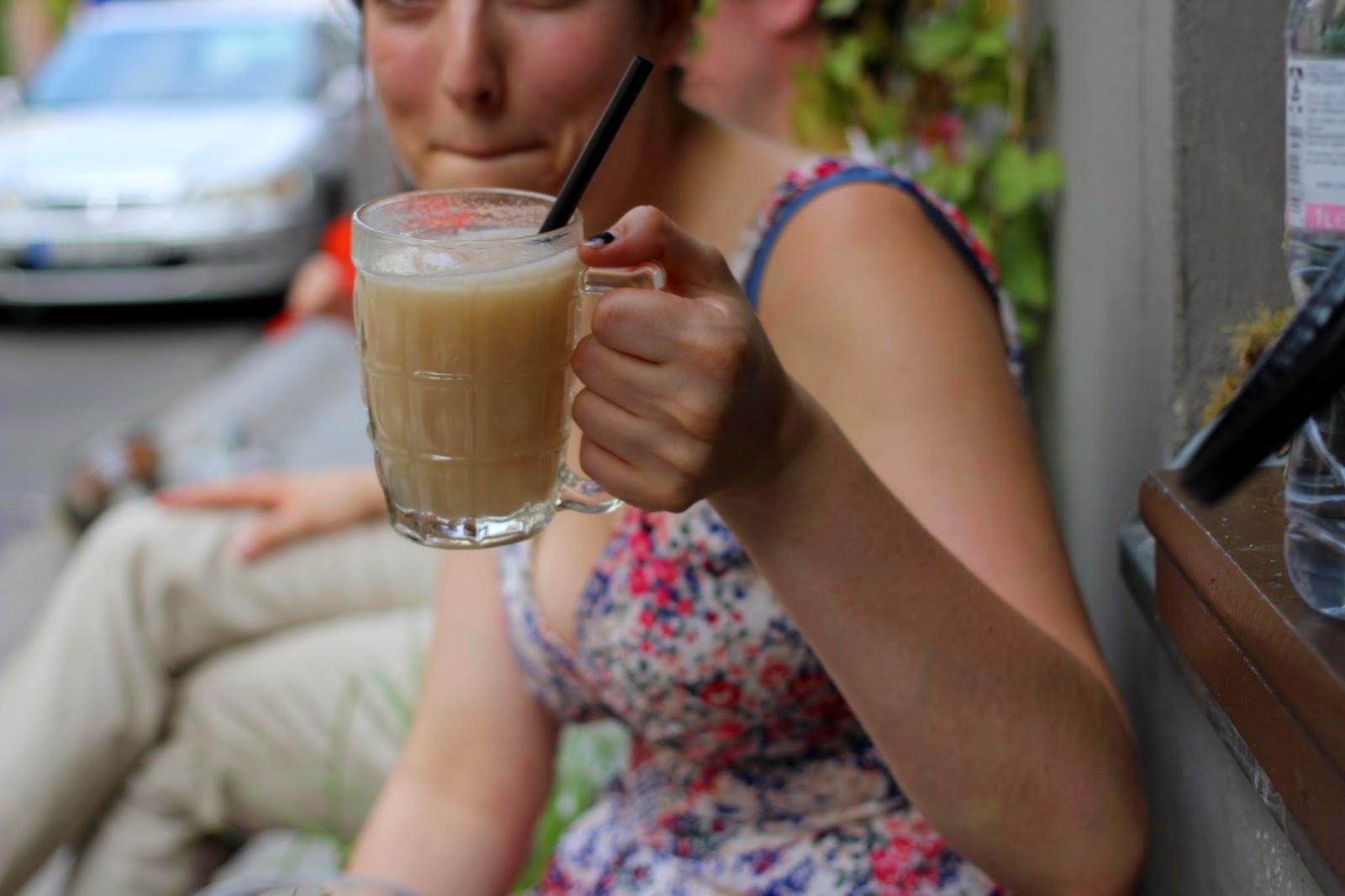 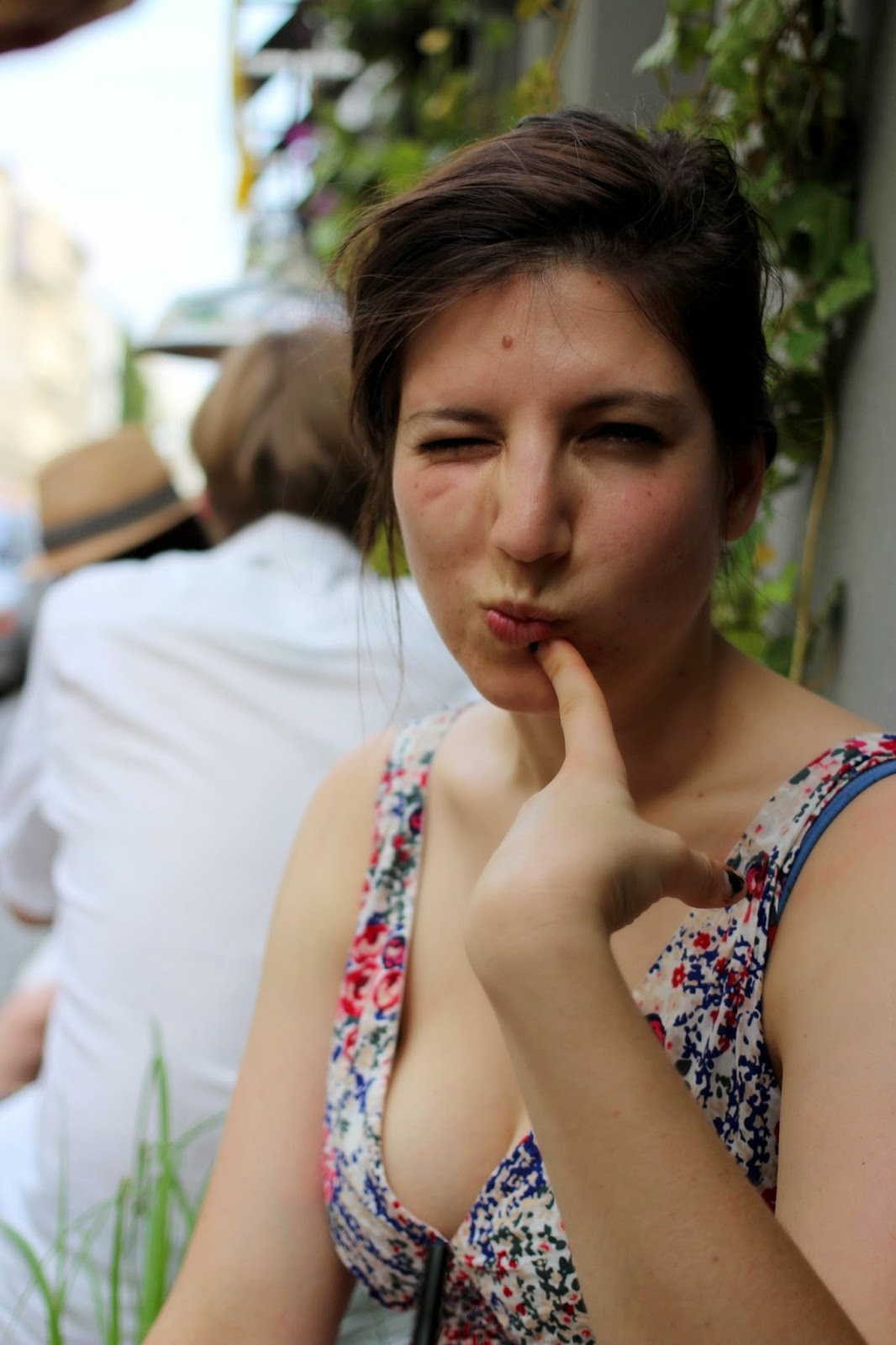 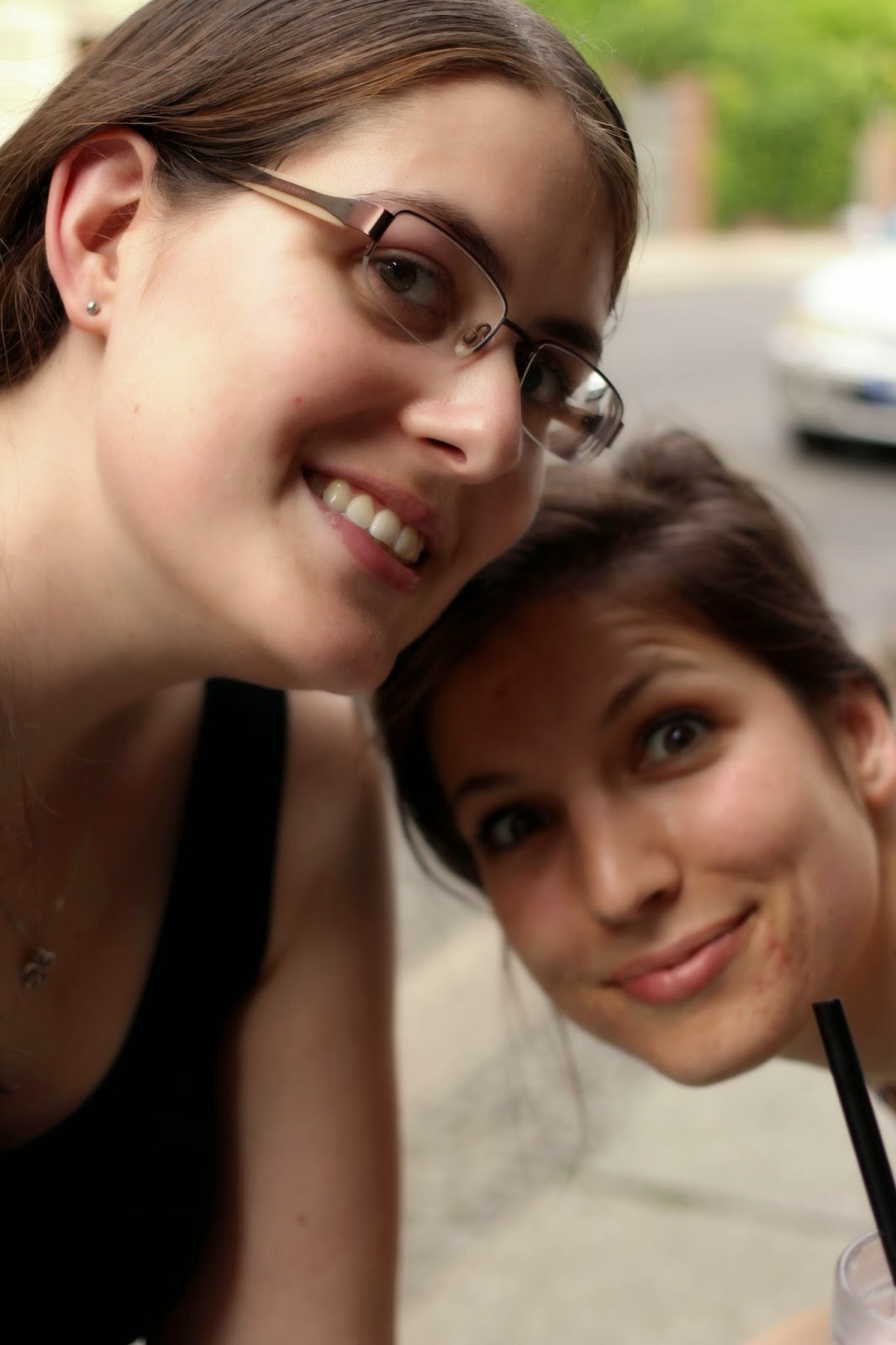 .. and then headed on to the food portion of the afternoon.
Grilled Tiger Prawns: 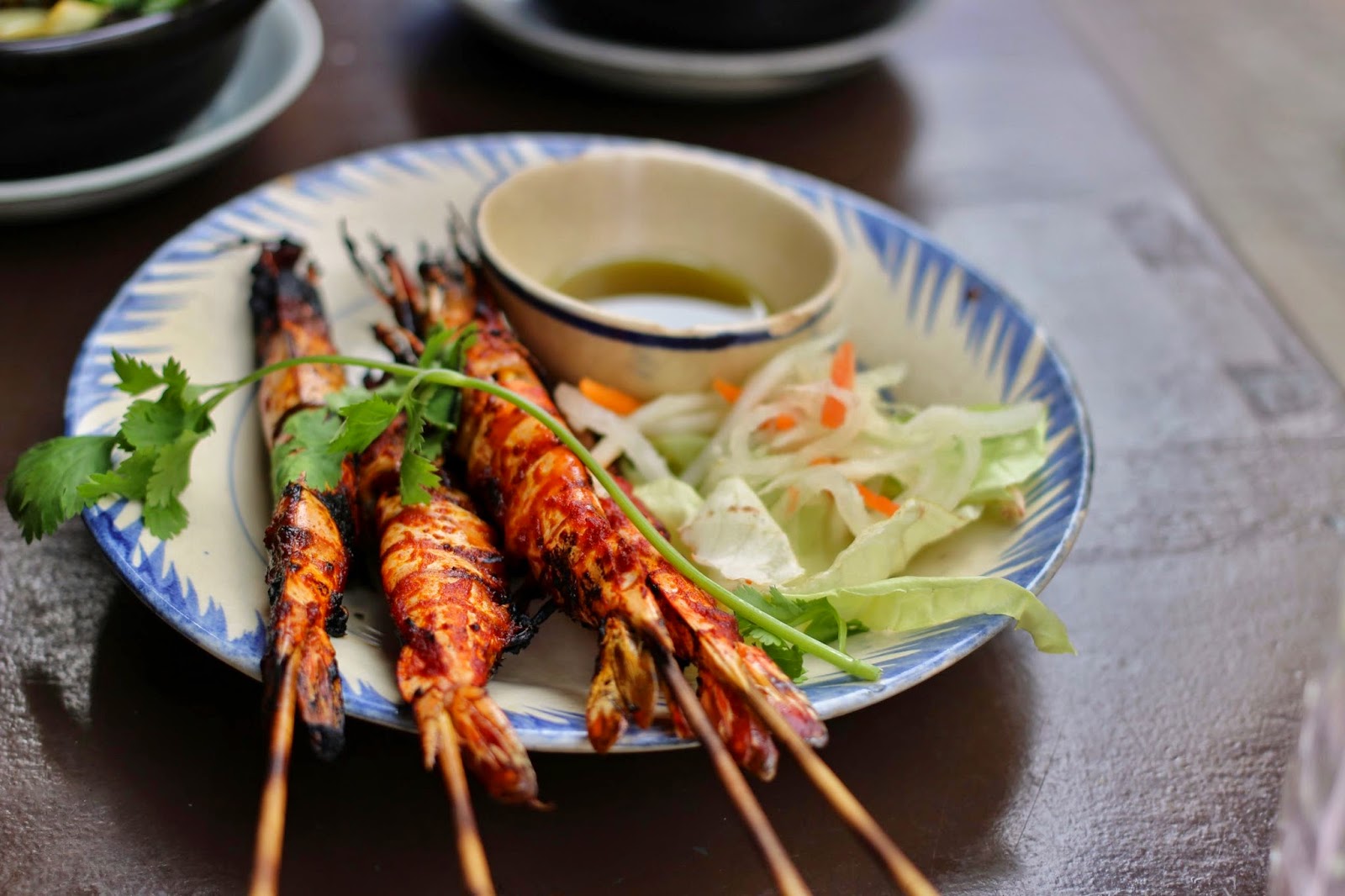 Tasty, in a delicious smoky, charred bbq way. Downside is that they were extremely messy to eat- and it was only really possible to get the full flavour if you didn’t fully denude your prawn, but instead attempted a very unladylike munching and fingerlicking kind of operation.

Andy went with the somewhat timid option of peppery beef, but it was tasty and tender enough to forgive him. 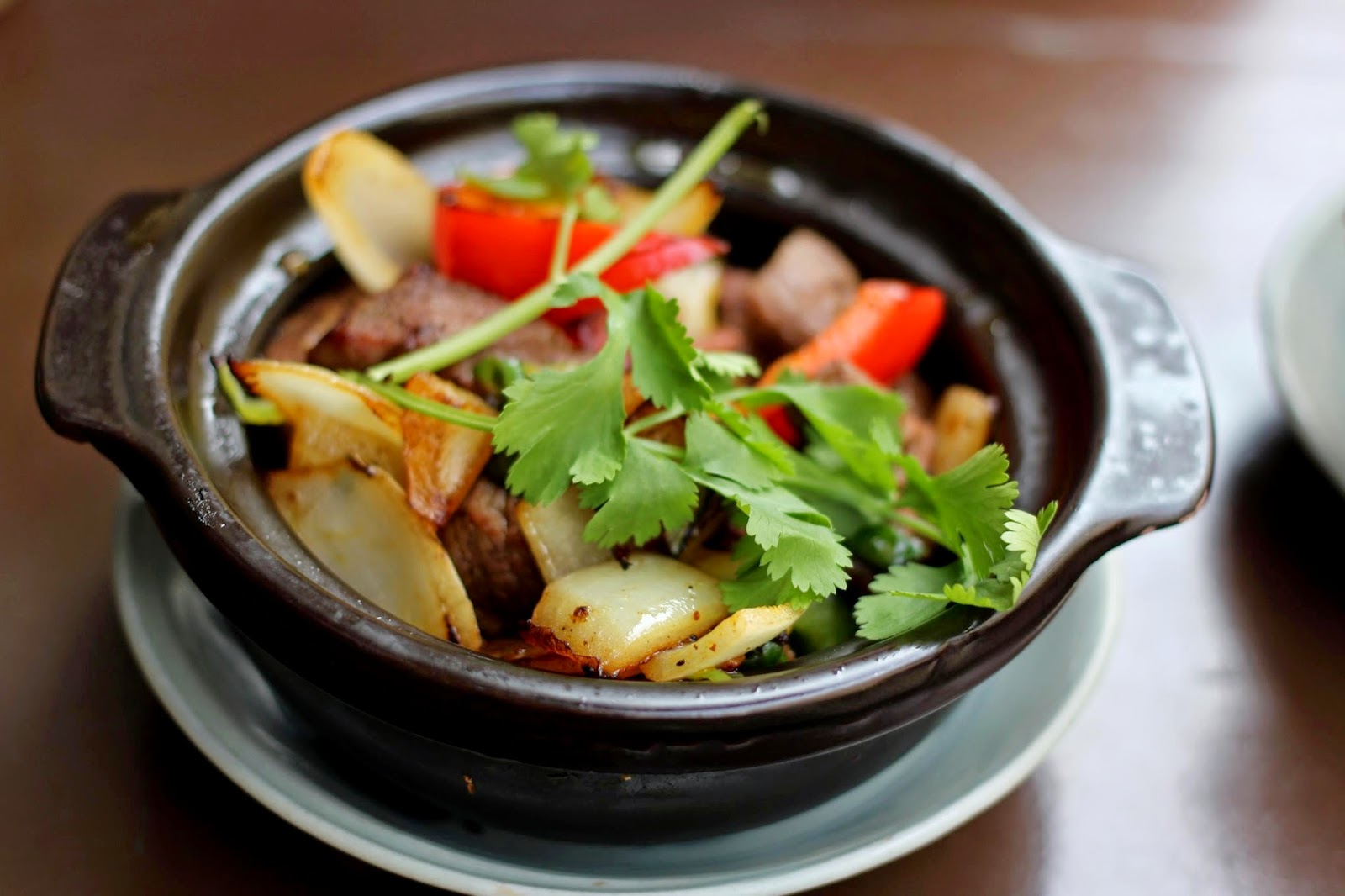 Gem went for fried sweet potato, which came with a rather tasty sauce, and were pretty darn pleasing in their balance of soft and crisp. 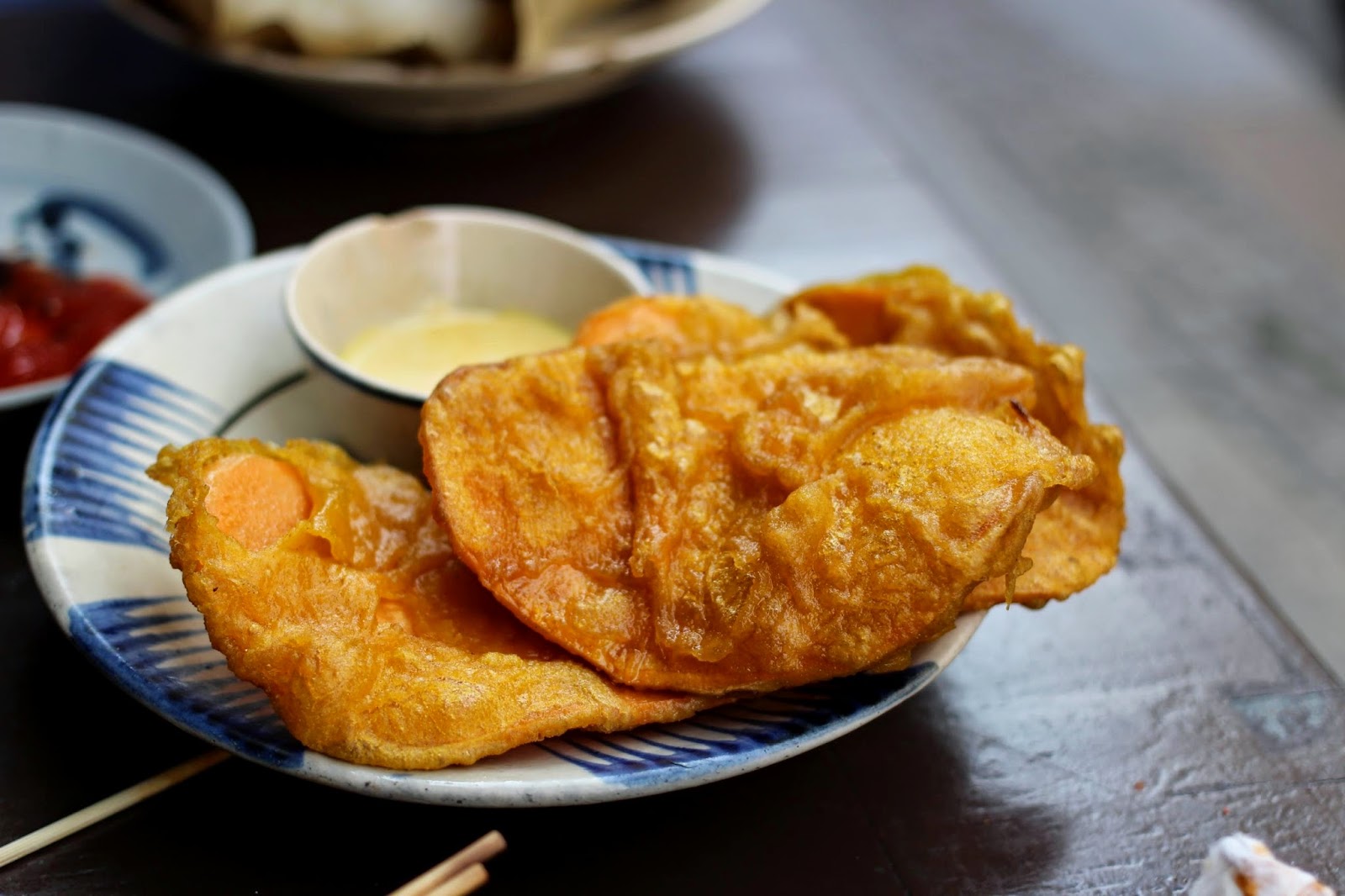 And of course we all agreed on the Burger. 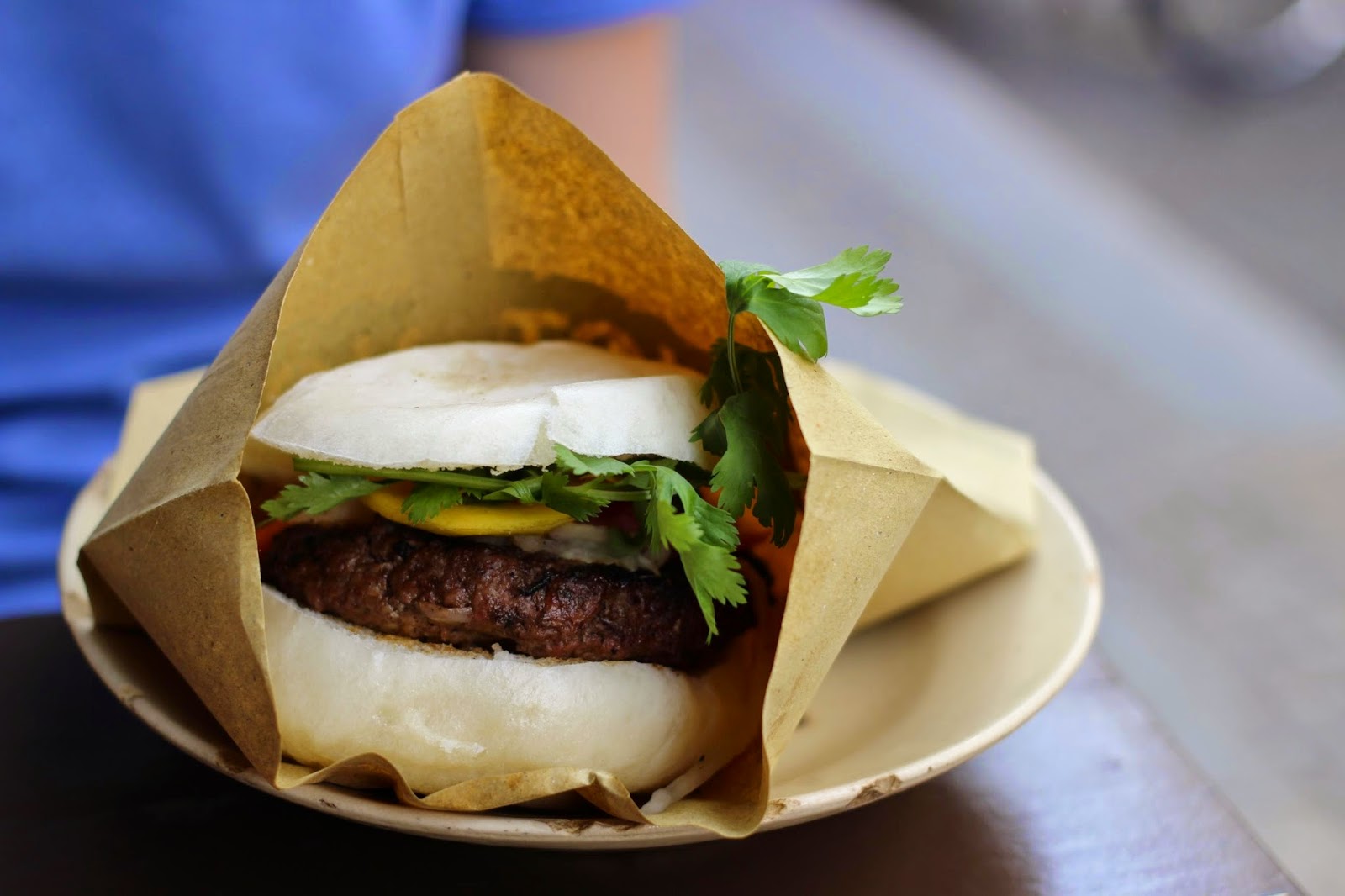 Quite a different creature from other burgers- instead of a fluffy sugared foam bun, this featured a rice-based bun, which almost made the thing bao-like. The patty was moist, and it’s meaty texture nicely boosted by the coriander, onion and mango (which even I, who hates sweet and savoury combination, will concede worked out ok). I’d be fairly content to swing by in the future and take one of these for a walk down the street.

And then, the big money player: 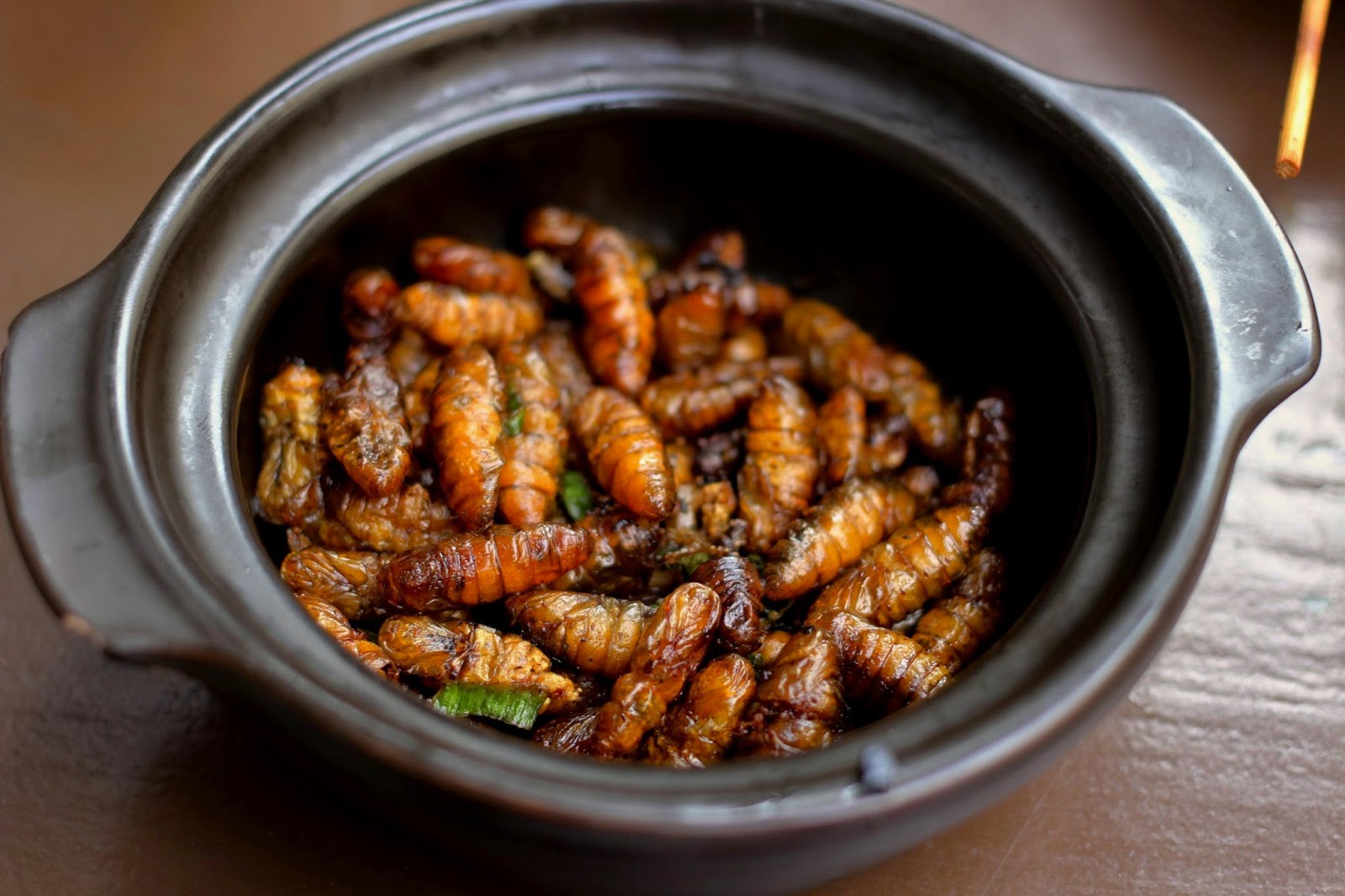 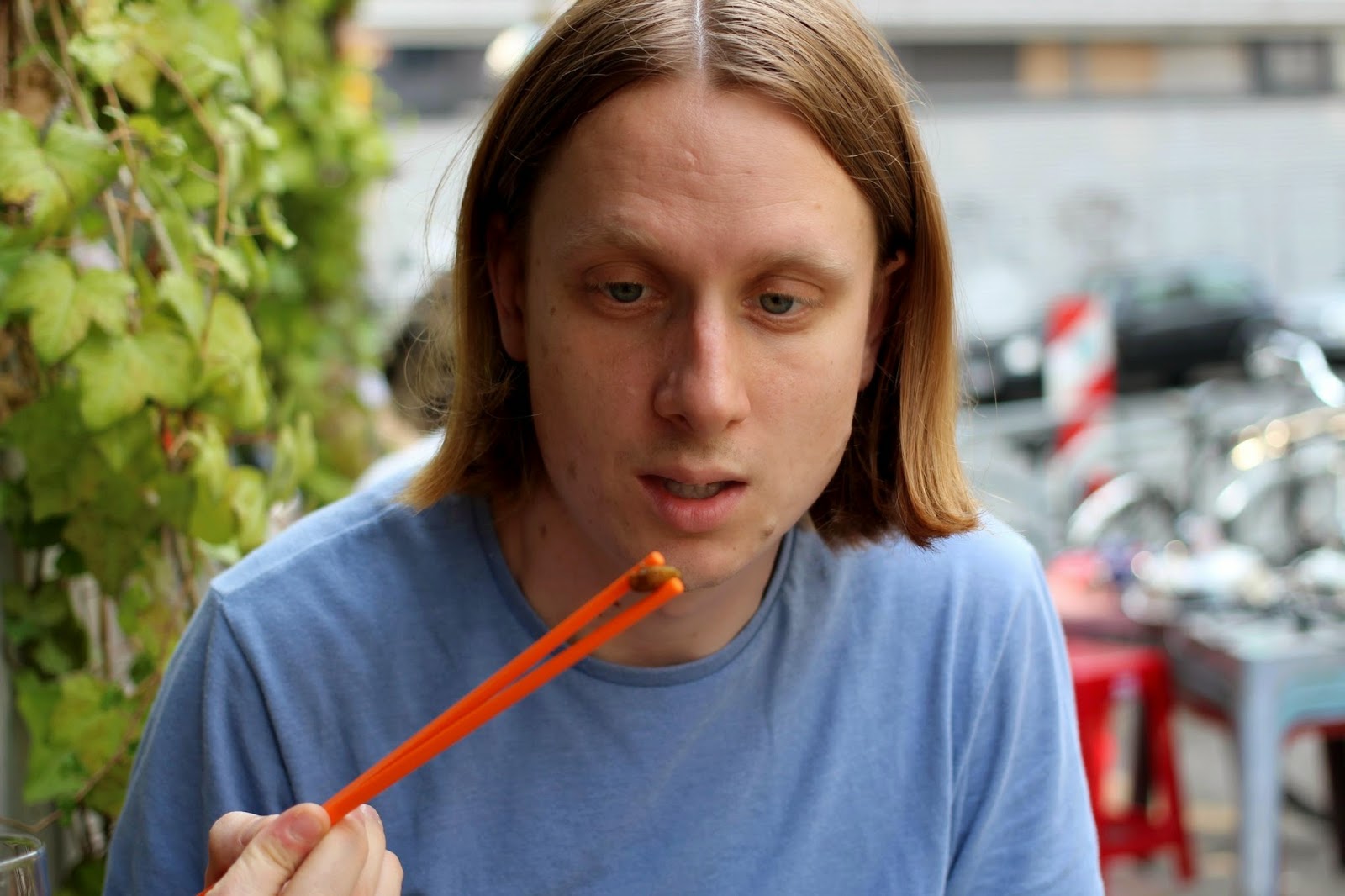 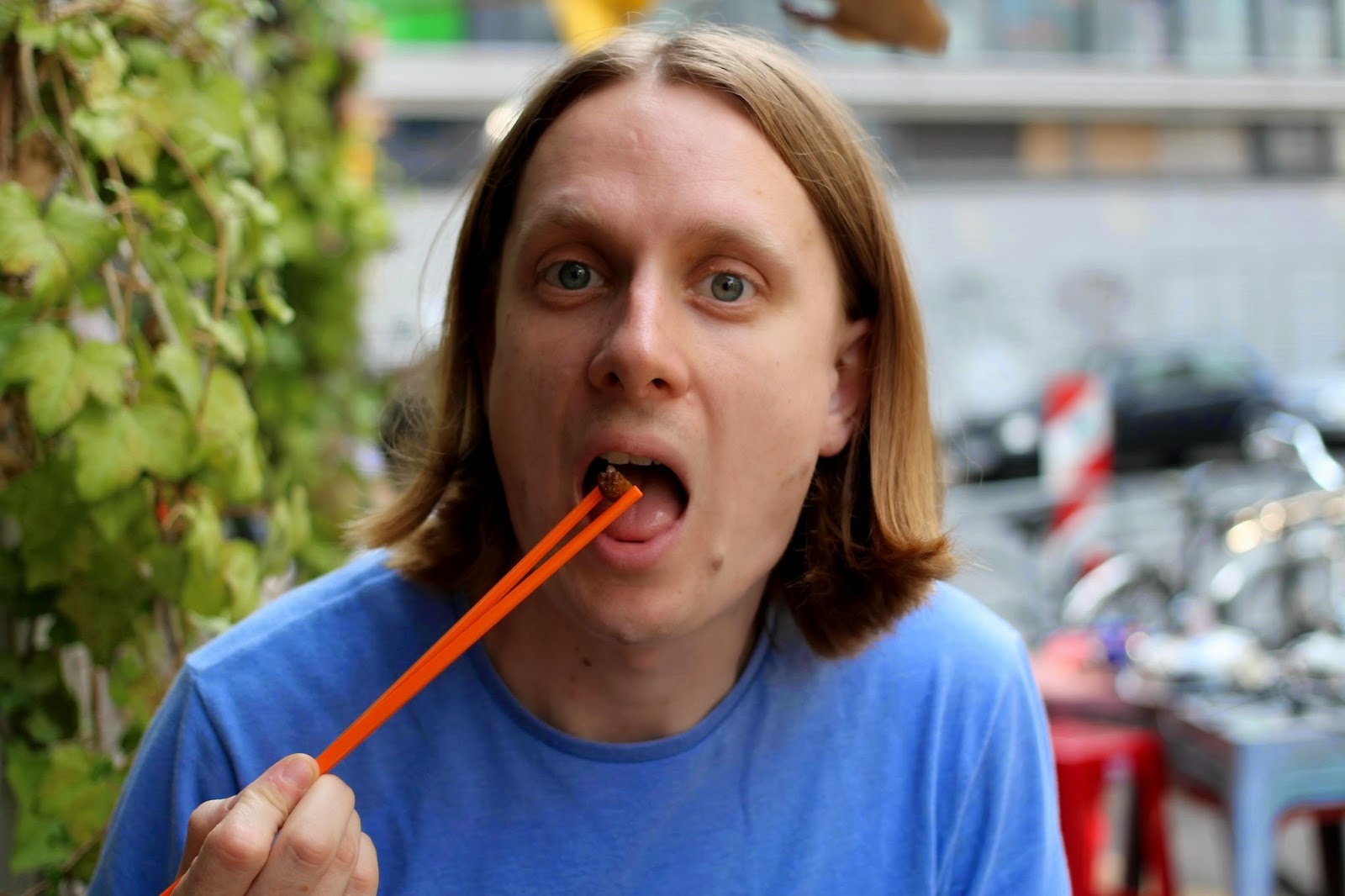 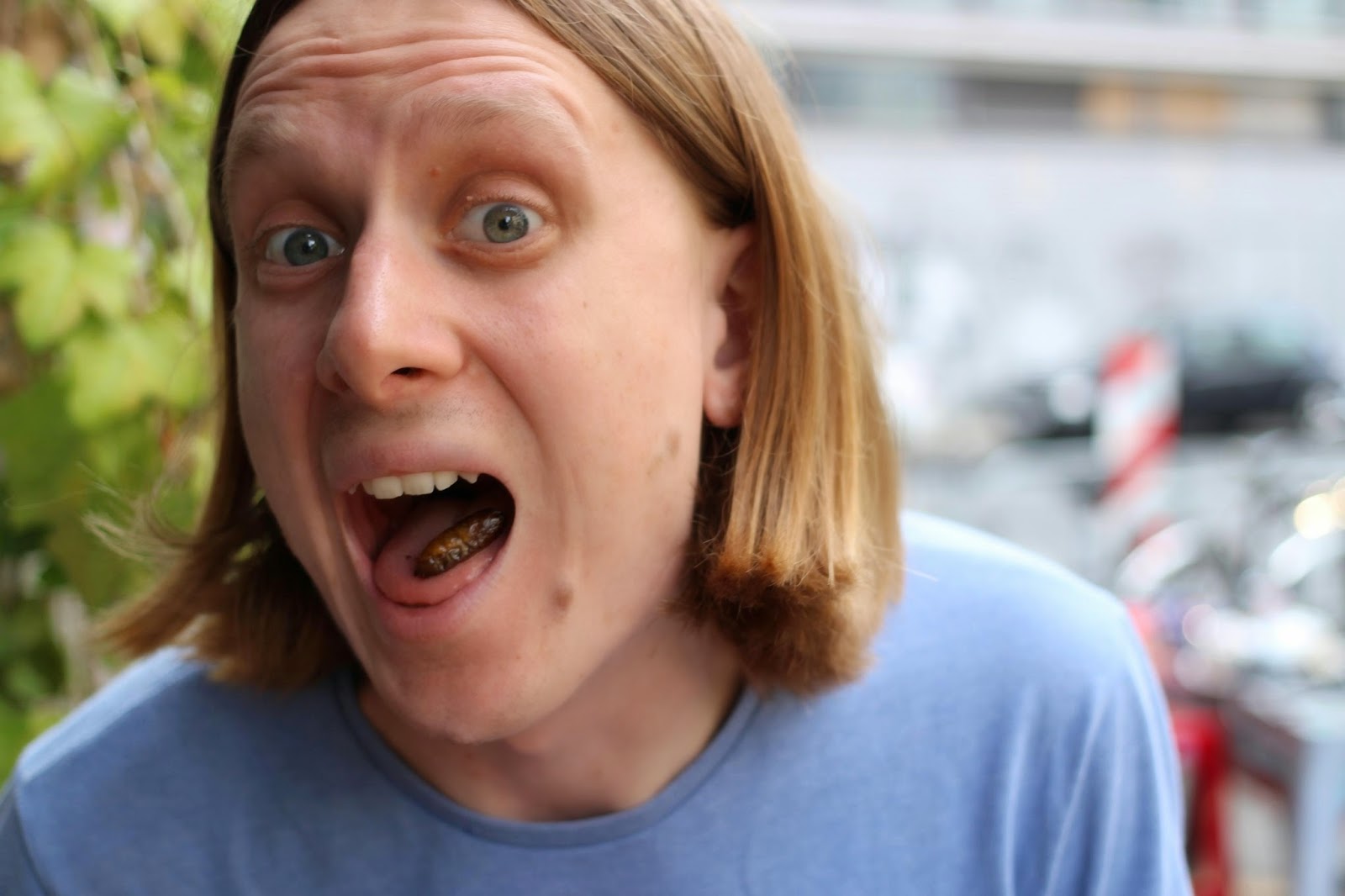 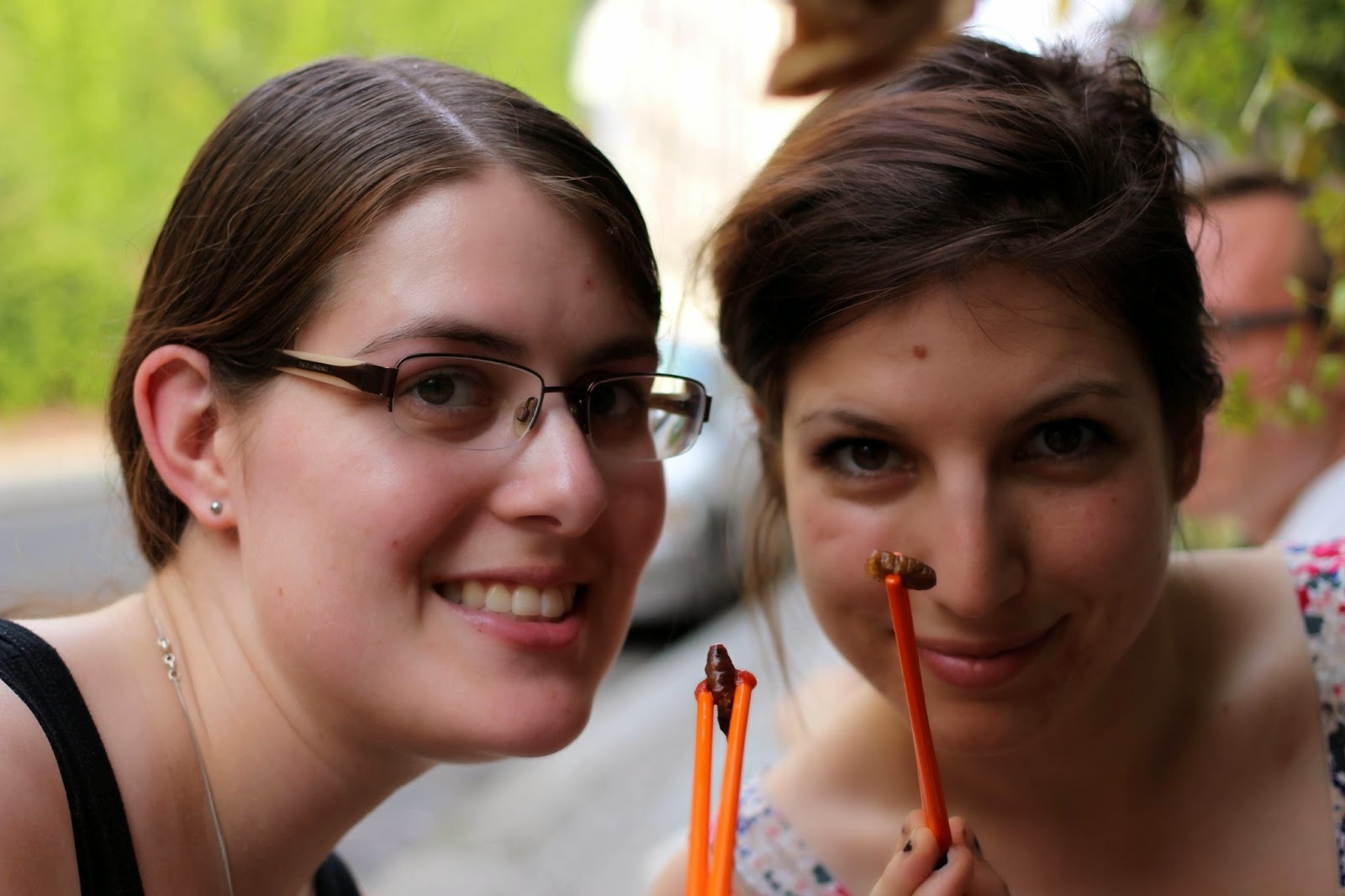 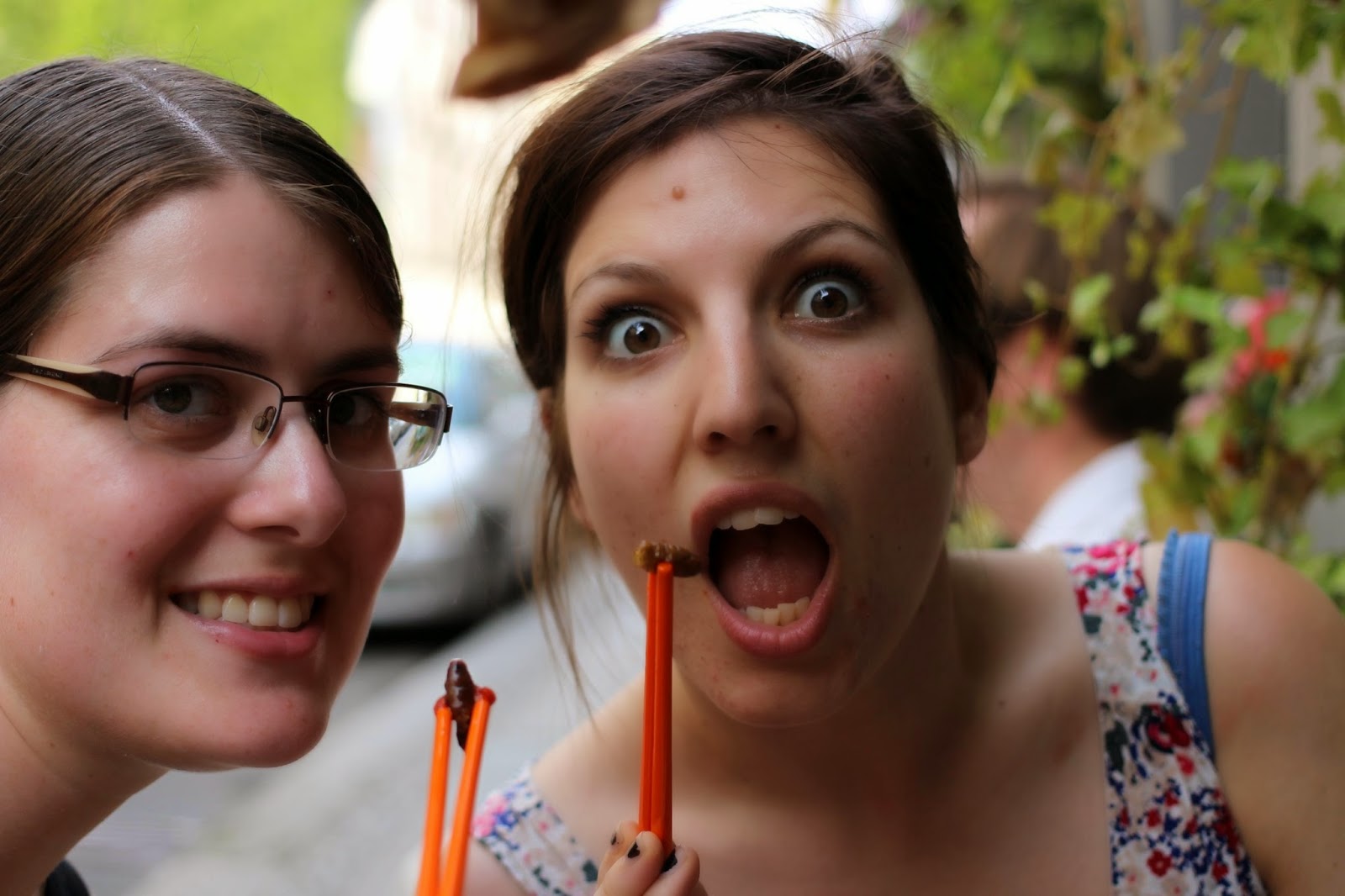 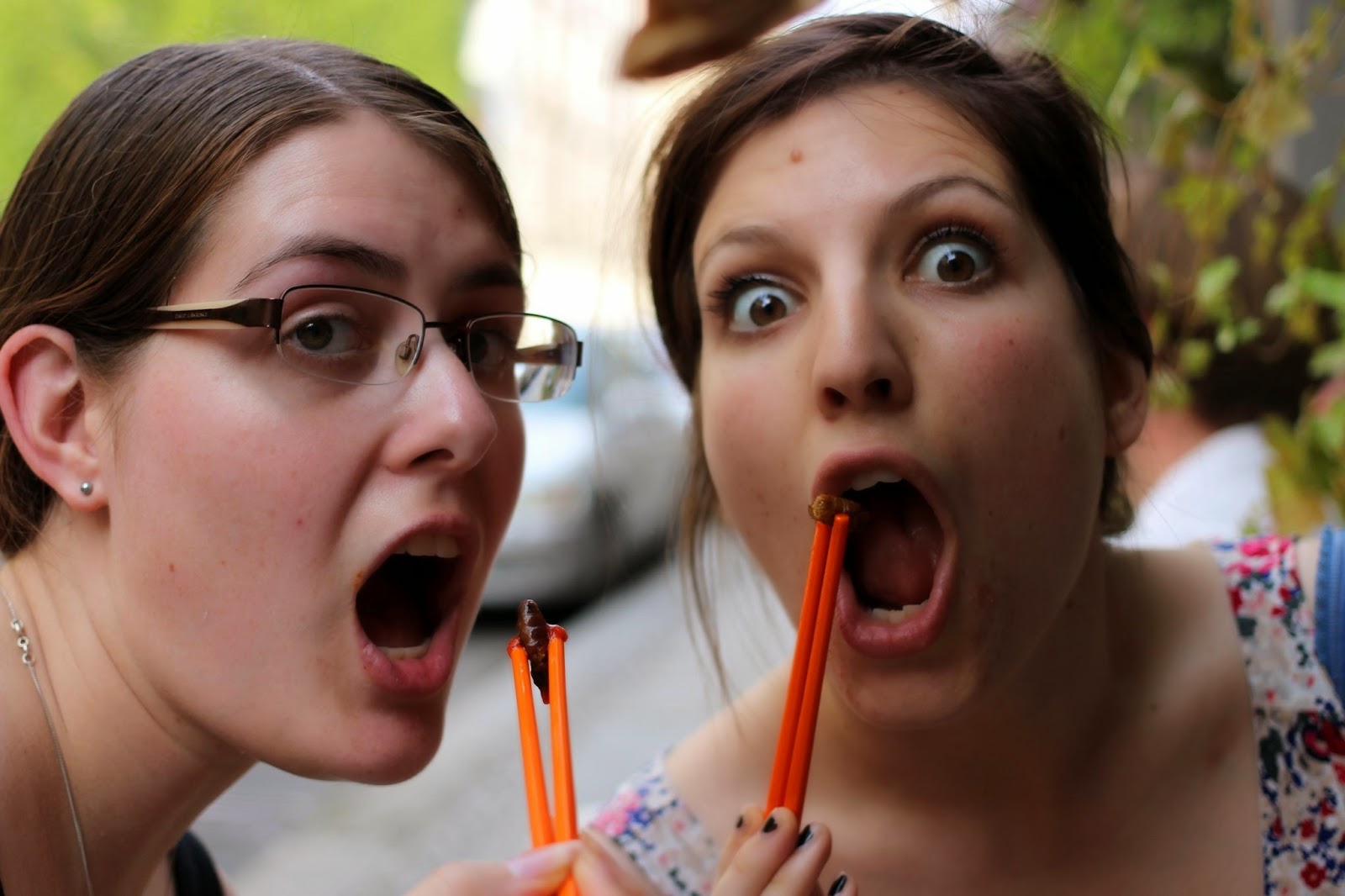 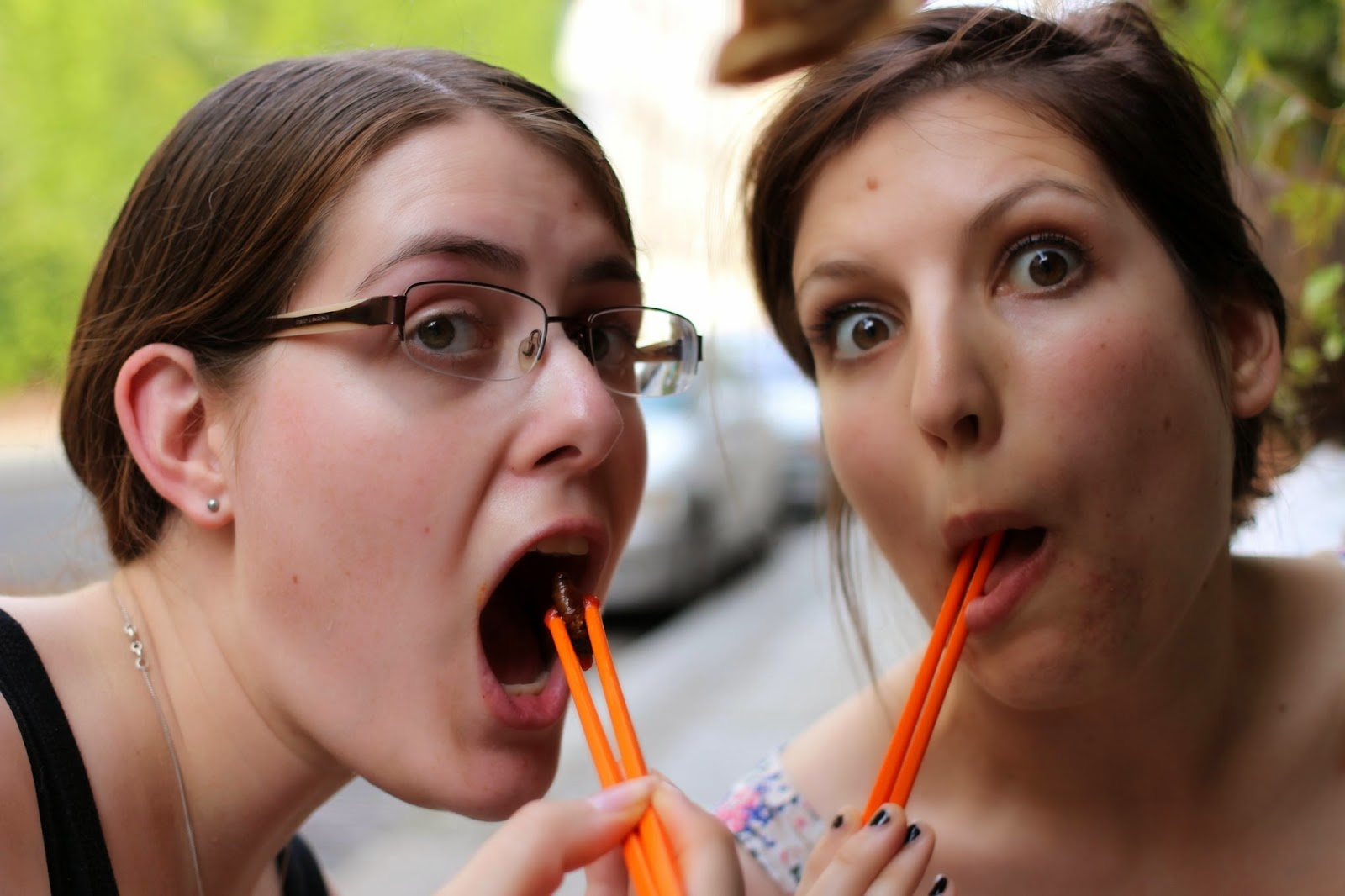 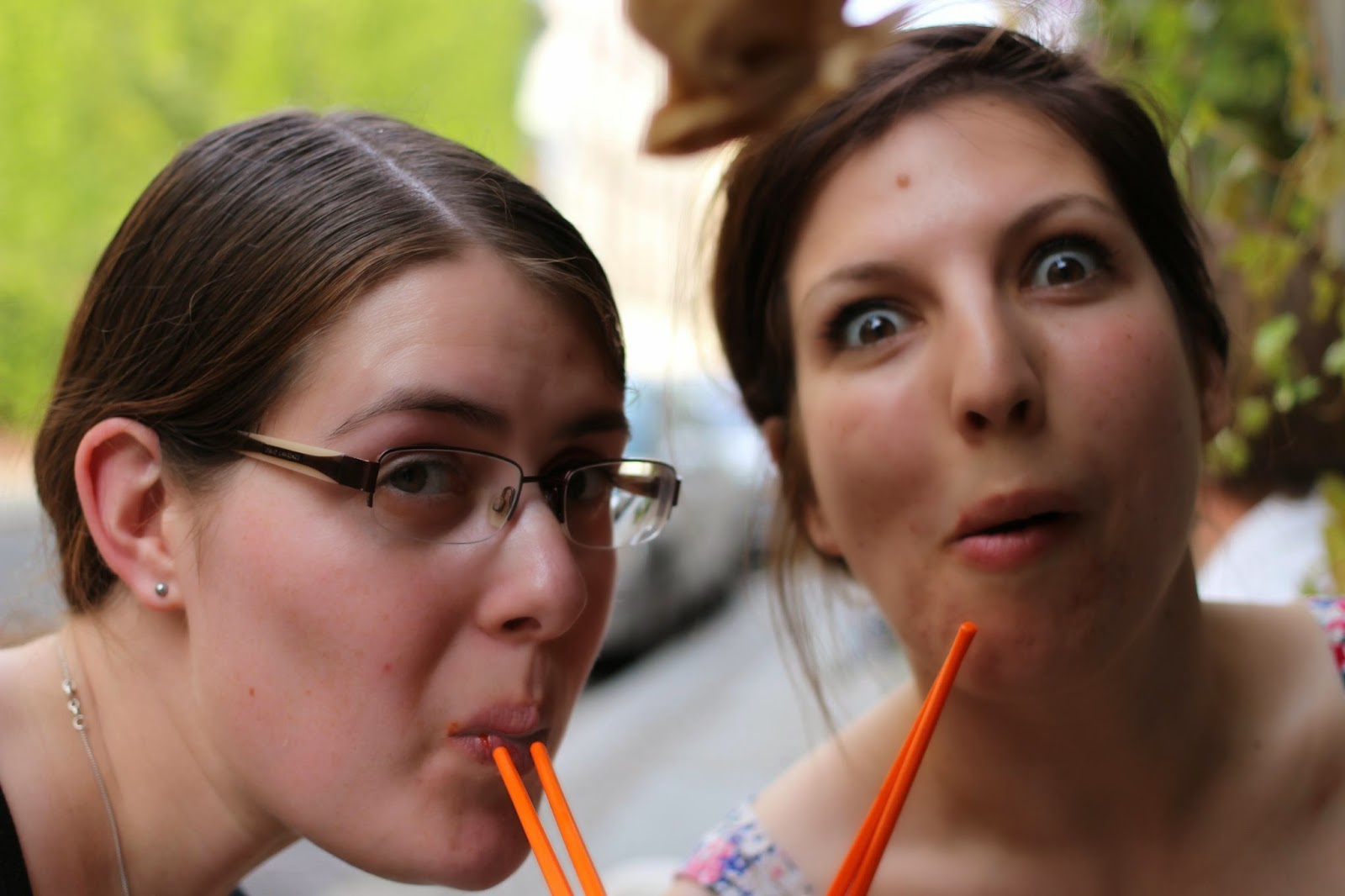 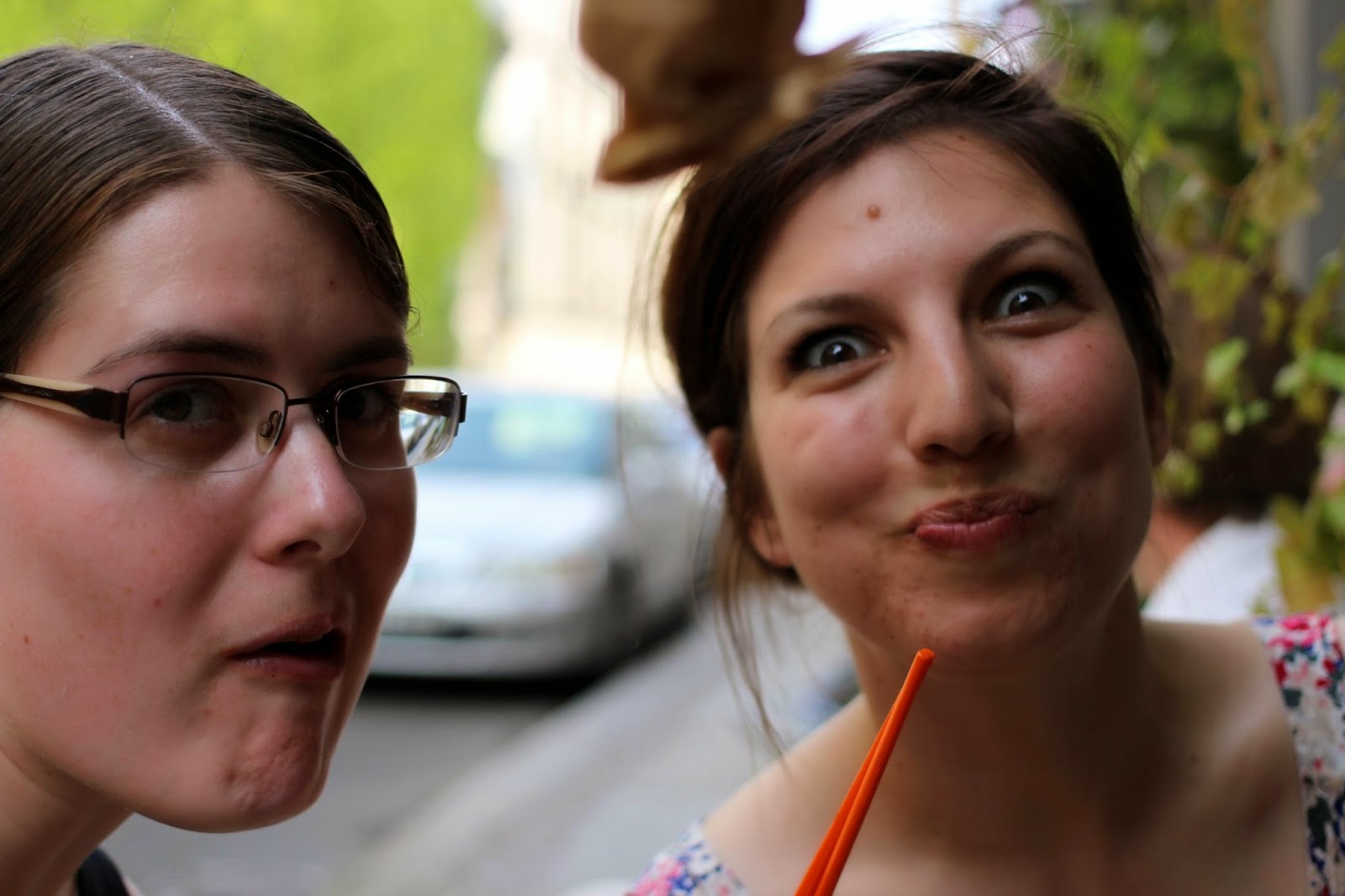 I was very, very relieved to find that they were not squishy inside, and in fact were practically hollow, with a somewhat crispy, somewhat powdery shell.
The flavour was not overly strong, but slightly nutty, although a mild unfortunate aftertaste did that can be only described as ‘buggy’ did tend to linger. In the end, they were edible, and if the world got apocalyptic on me, I’d definitely choose worm over soylent green. But there’s a reason that beef, pork, chicken, and not, beetle, worm or cricket, are the leaders in the world protein market.
Our silky friends definitely needed more salt, to move them into the more familiar ‘deep fried salty snack’ territory, and in the end we ate the majority of them with a healthy shake of chili sauce.
And as an aside, a whole bowl of bugs is too much for any one person, or even any three people. Happily, bugs make a nice talking point, and we were able to not only bond with, but also ‘pawn off some of our bugs onto’ the people at the next table.
I even tried to bring some with me for a friend, but he rejected to even try the little bugs.
Pussy! 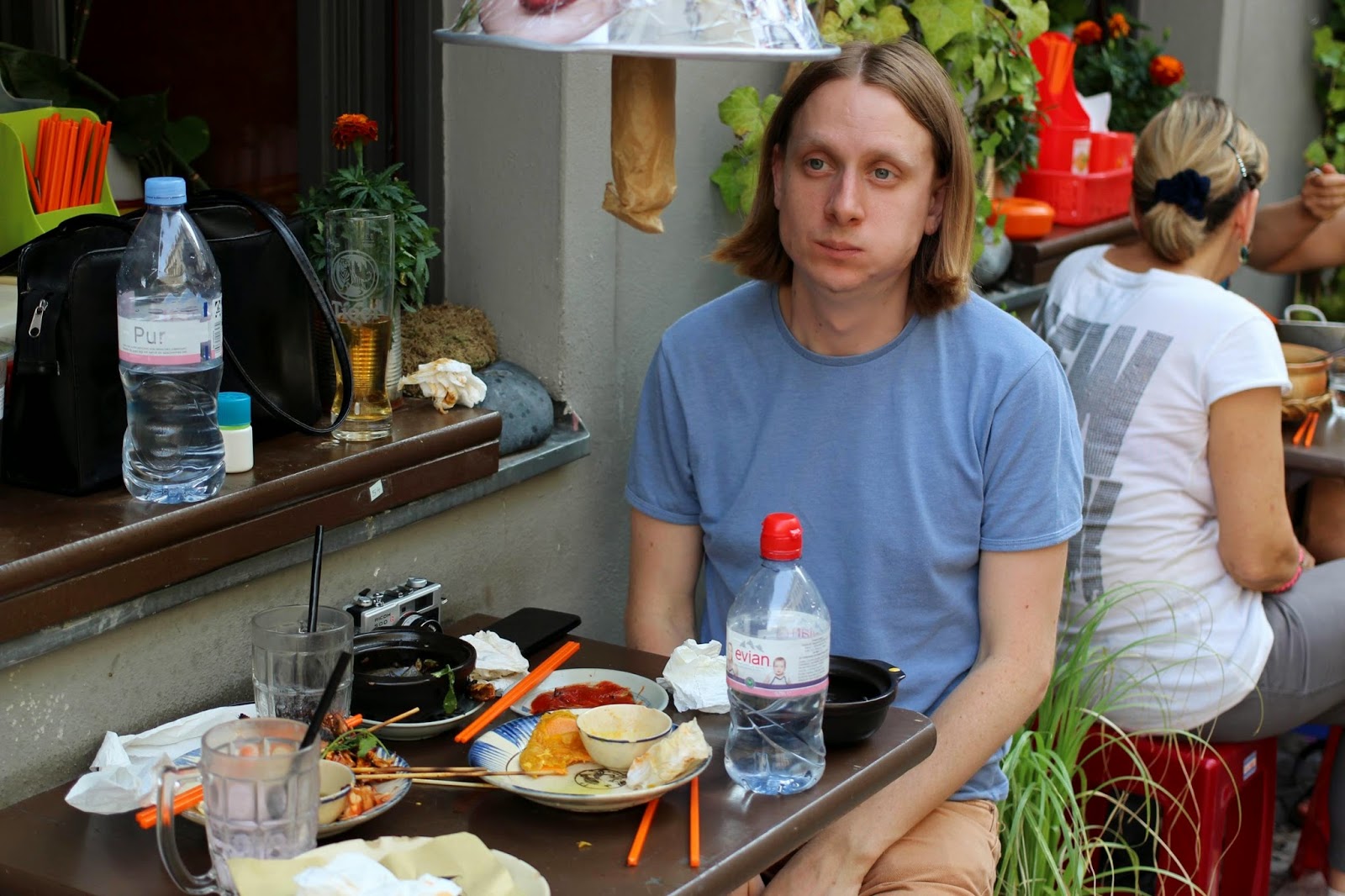 In the end, District Mot has interesting and tasty food (not necessary together, but at least some of each), and also features a pretty cool ambiance, inside and out… 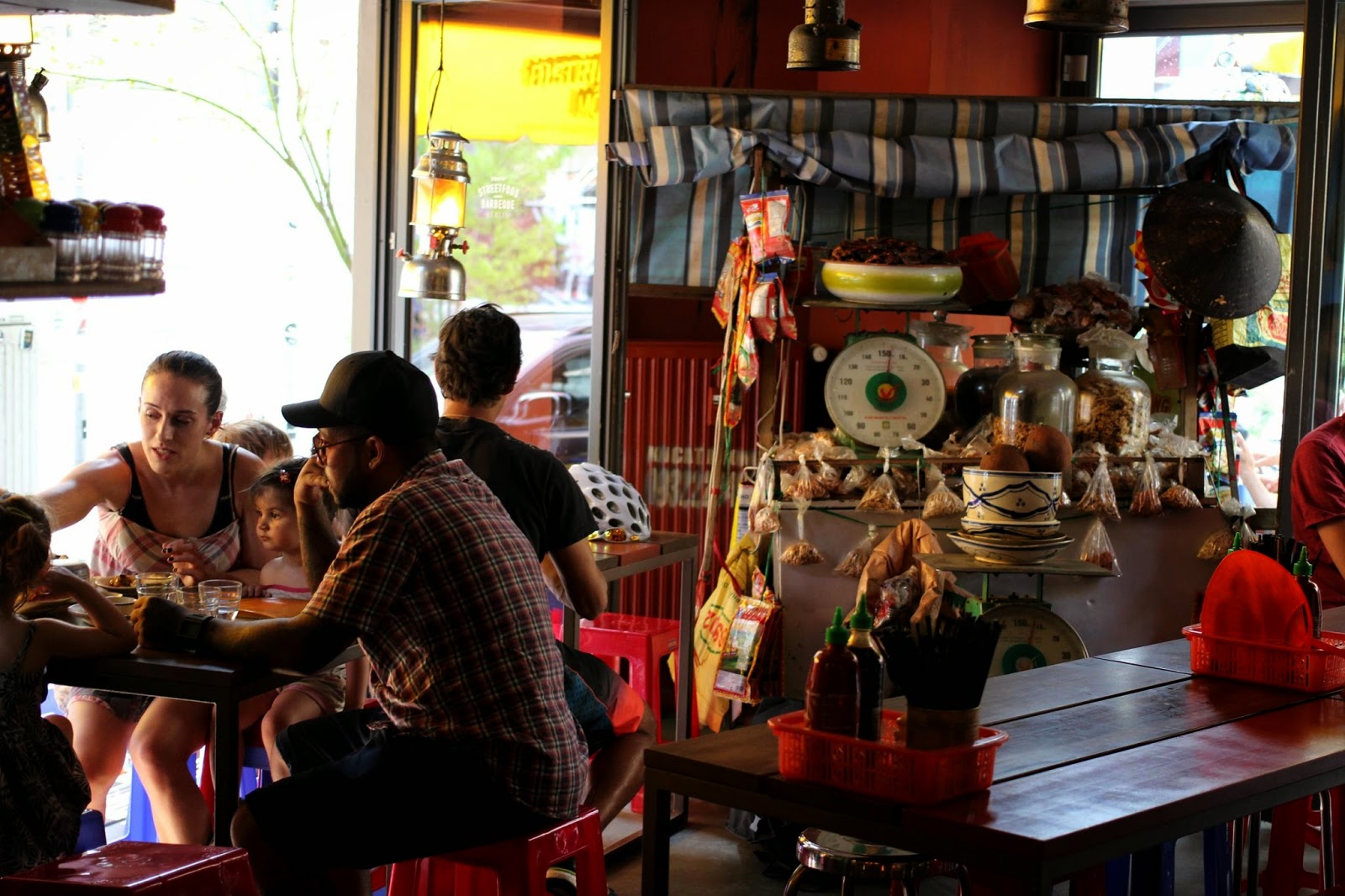 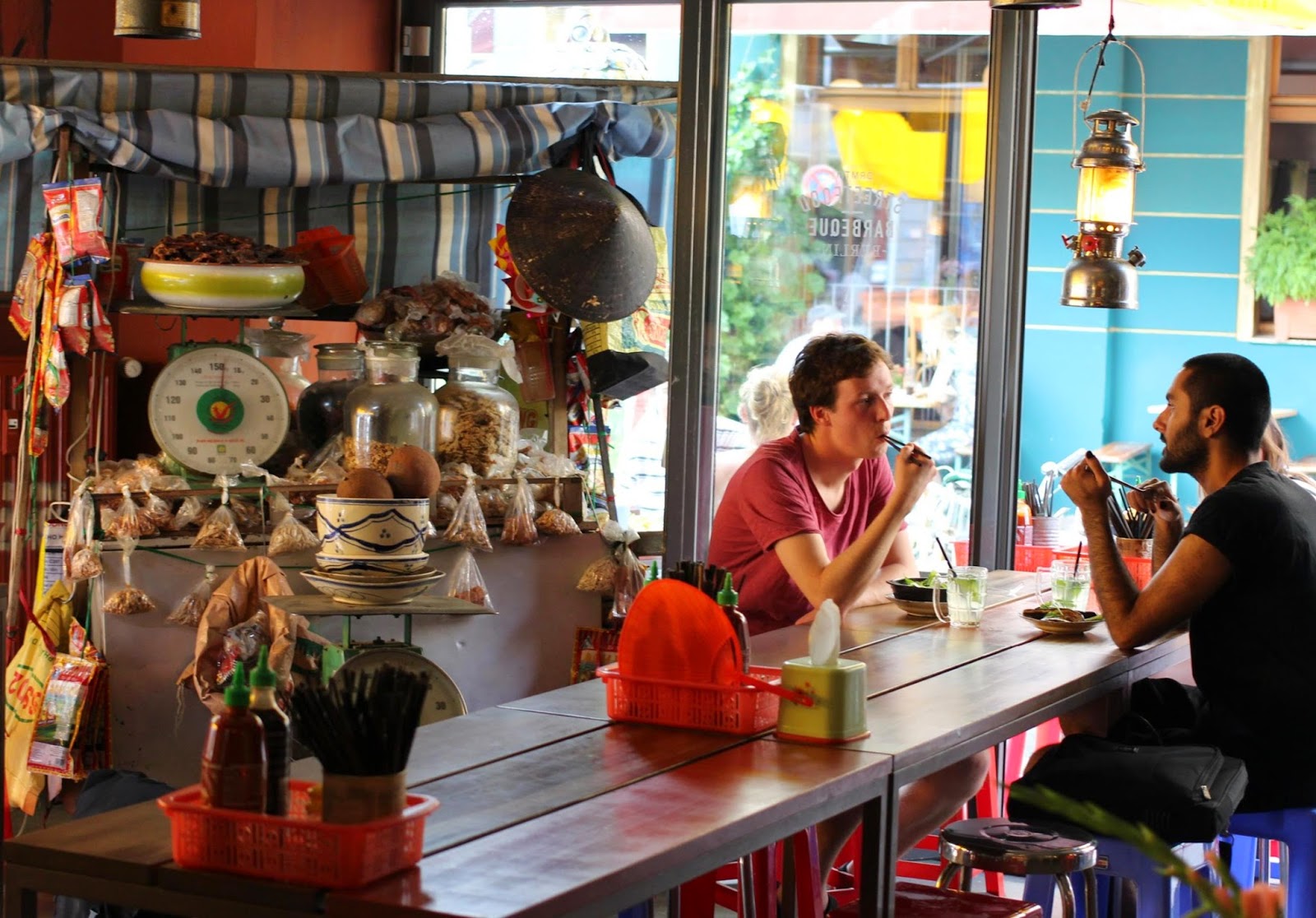 .. so while we probably won’t go back for the silkworms, I think we probably will go back. Maybe they’ll have something even crazier to try! 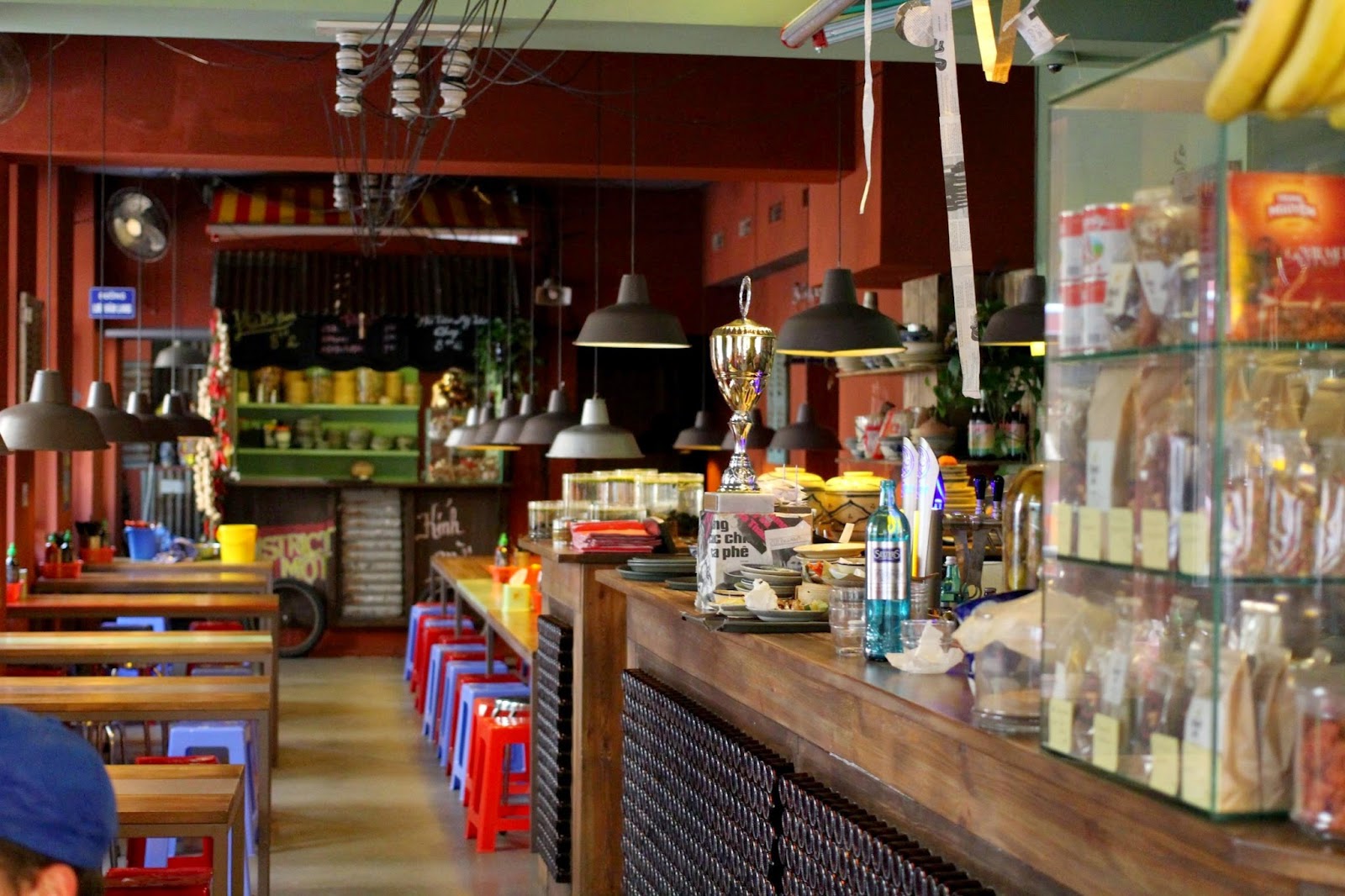