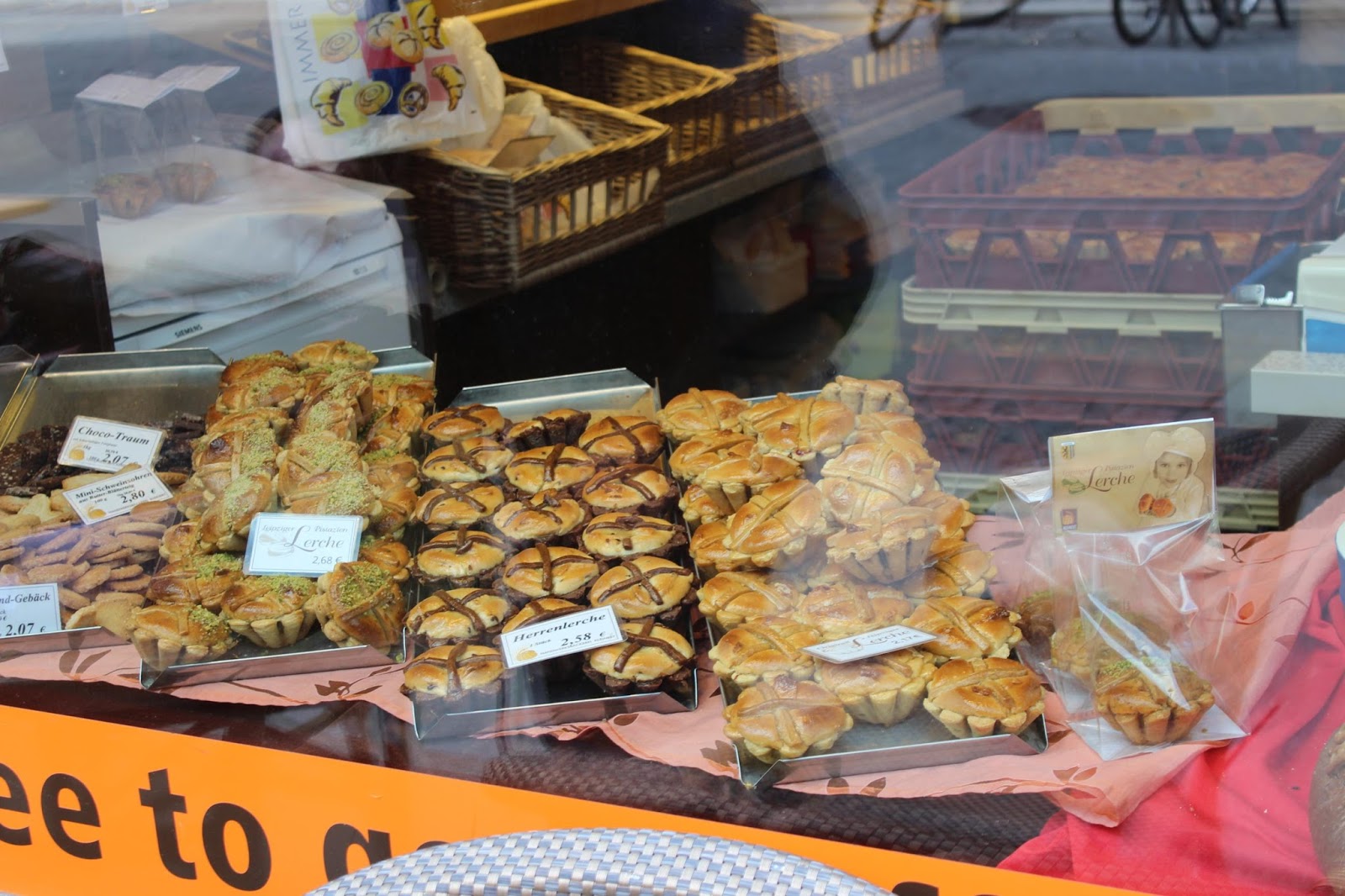 There’s absolutely no use travelling to a place, if you’re not going to try some of the local foods. 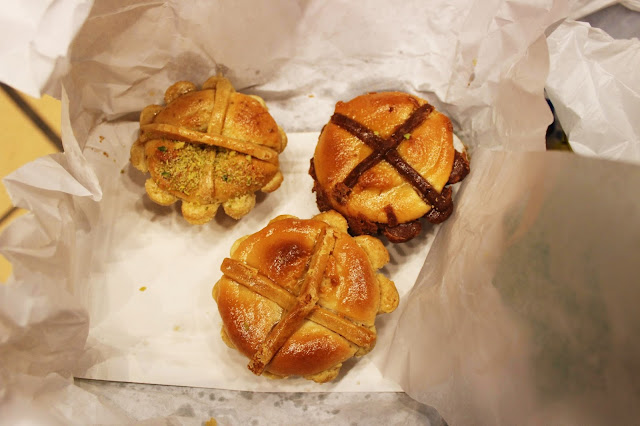 Meet Leipzig’s Lerche- a sweet little pastry found in all the cities bakeries, and existing in a variety of ‘flavours’ (above- original, pistachio, chocolate). 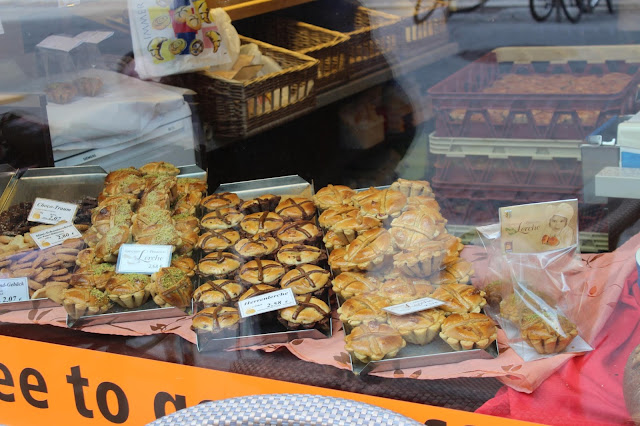 I say ‘flavours’, because all three tasted fairly identical. When I saw the images online, I was pretty convinced I would be meeting-and-eating Germany’s version of a hot cross bun. As you can see, it’s much closer to the French Frangipane tart- almond meal, sugar, butter.

This time also with a layer of cherry jam. 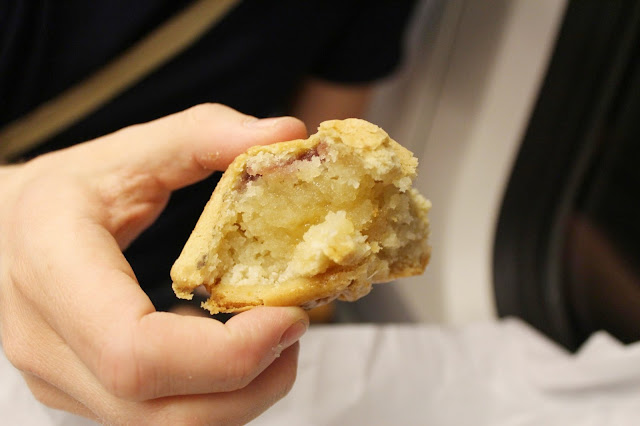 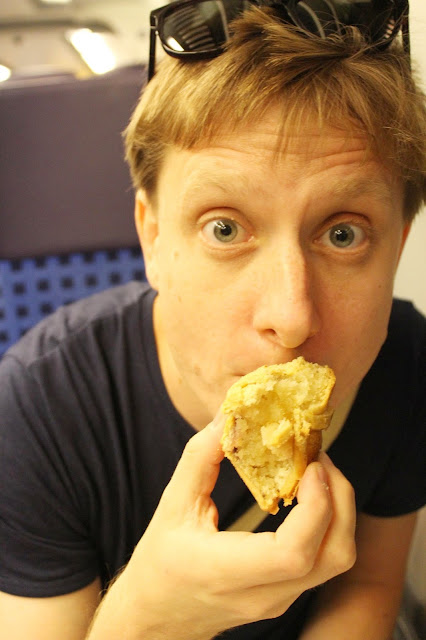 Given my strong belief that the German people are generally terrified by the concept of savoury pies, I was fairly surprised to read that these little sugary delights were originally made to contain a herby, eggy mix of roasted lark (thus the name Lerche= Lark in German).

Which was working out well for all involved, except the larks I guess. King Albert I of Saxony eventually outlawed the hunting of larks in 1876, and the Leipzigers were left with empty pies.

Apparently, and a bit creepily, the cherry jam in the new filling is supposed to represent lark hearts. Yummy! 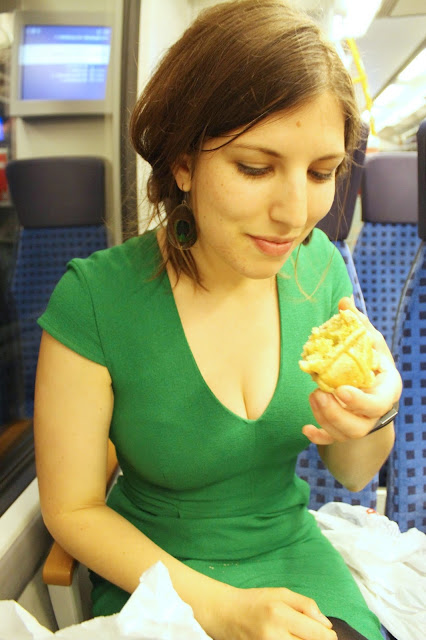 So what’s the verdict?

They are incredibly sugary.
Even Andy, that hummingbird of a man who likes anything as long as it tastes almost purely of sugar, make a comment about the sweetness.

I was a bit surprised that they didn’t take a tarter jam to contrast.

But if you like a marzipan- this is the thing for you! 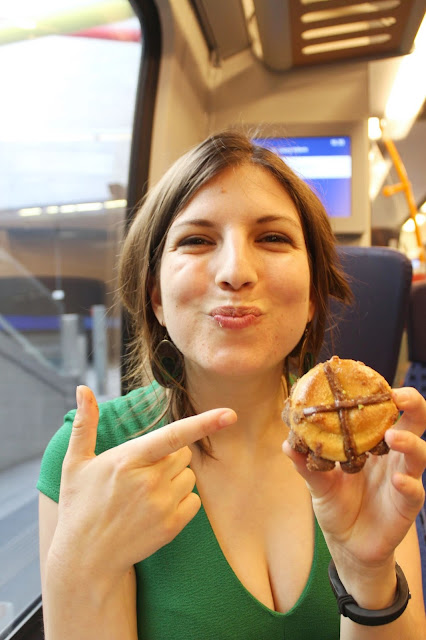 Needless to say, if you’re making your way to Leipzig, it can’t hurt to try the Leipziger Lerche.

You know what? Try them all.

Although ladies, you might need to test the rules a bit if you want to try the chocolatey Herrenlerche (man’s Lerche).

What’s with the pastry sexism Germany?