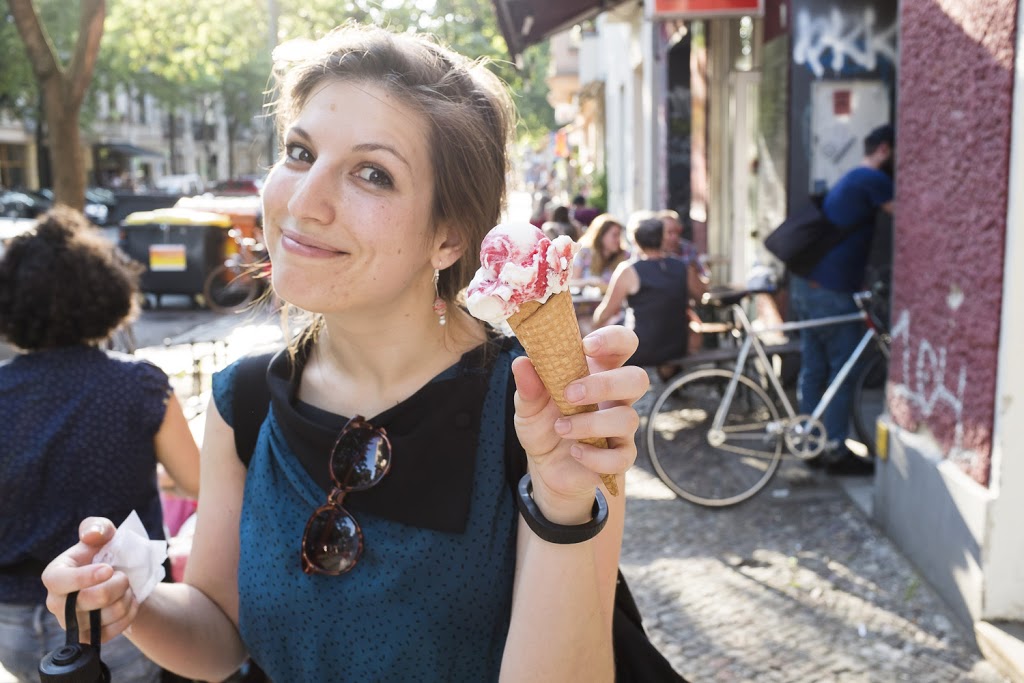 So you know that we moved from the one-restaurant-town of Potsdam to the too-many-restaurants-city of Berlin. And of course, the very heavy task of trying allthefoods! has fallen upon us. 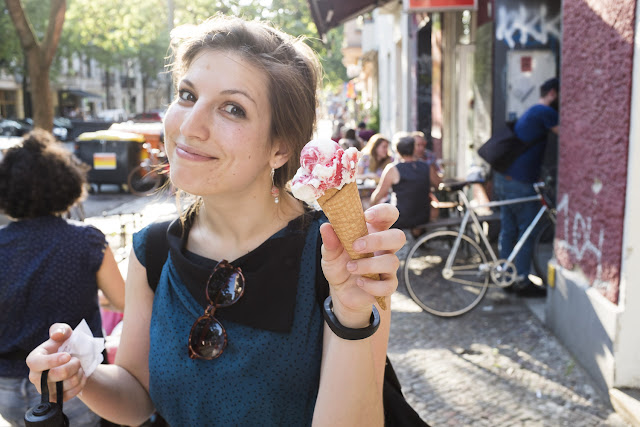 Unfortunately, Berlin is a tourist city, which means that there are perhaps too many places to eat, and many of them are terrible (the new age of internet reviews can only do so much to combat the problem of LocationLocationLocation).

Up until now, we’ve been basing a lot of our food-related decisions on the recommendations on stilinberlin. It’s a pretty great site- beautiful layout, map provided. And of course, they know what they’re talking about foodwise

So when it got kinda steamy last week, we followed their advice, their map, and our nose, towards ‘Berlin’s Best Ice Cream’ – aiming at the west-most establishment: Monheim.

Advertised as old (the establishment), and creamy (the Eis).

What more could you ask for? 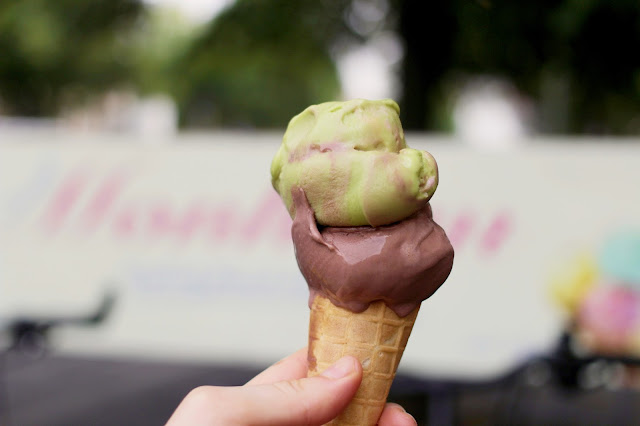 Ok, I’m sorry about the terrible photo. I licked before I clicked*

*I really hope that’s not a horrible euphemism for something.

Let’s scroll through some happy icecream faces shall we? 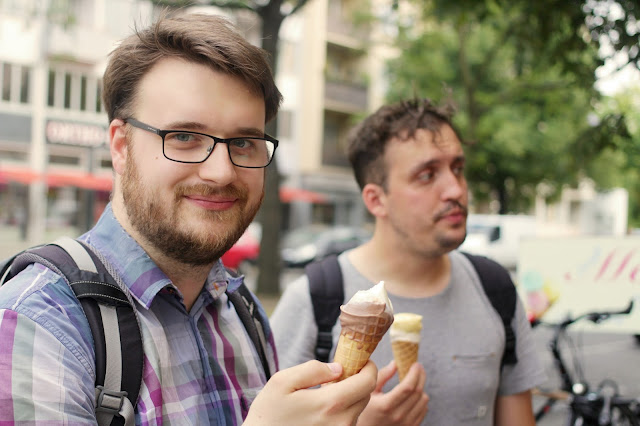 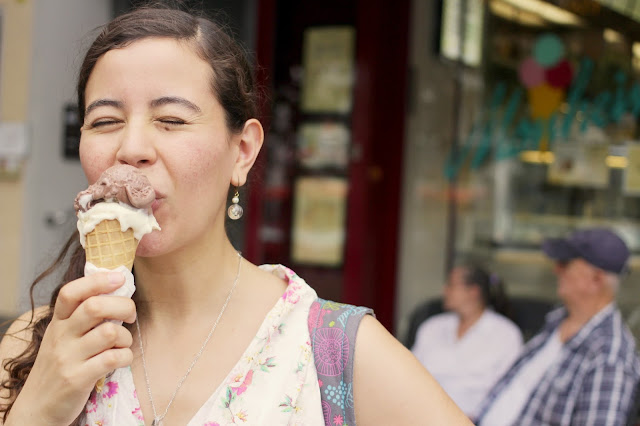 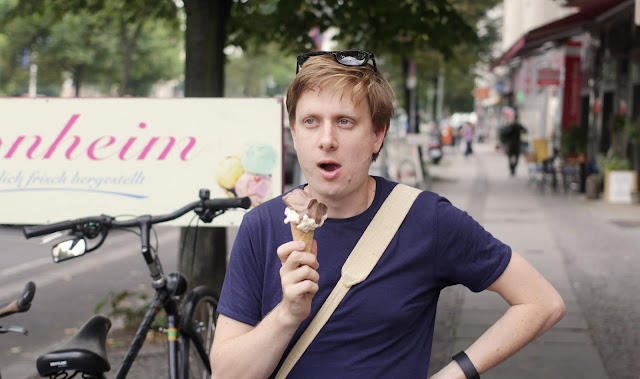 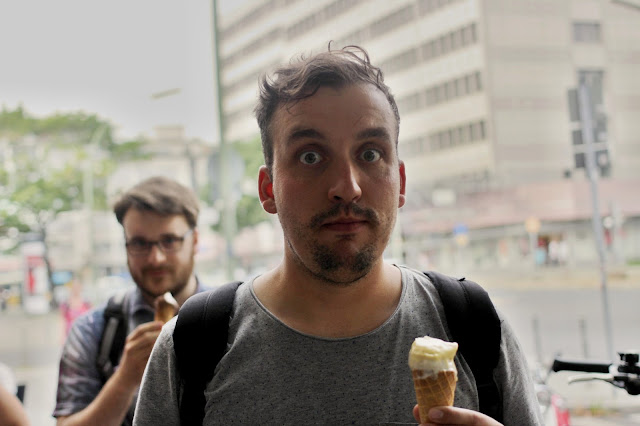 But you know what’s missing? A guy who really knows how to do icecream.

Right. So in all honesty, I was not super thrilled by the icecream at Monheim. Firstly, they didn’t have pistachio, which broke Andy’s heart. The chocolate was creamy, but not super chocolatey. Plus the second flavour was green tea, which turned out to be ‘fruit green tea’ instead of a creamy matcha (which I had expected).

Ok, that last point is not really their fault, but nonetheless, I left with a general feeling of underwhelm-ment.

Do you remember the photos of me at the top of the page? That’s me with raspberry and lemon curd icecream, bought at Hokey-Pokey- which I’m currently rating as the top place in the whole city. Creamy, fruity. They have pistachio. It is like a dream.

So why even bother trying other places when Hokey Pokey is just so great?

Well firstly for the adventure, and secondly, for the convenience- Hokey Pokey is 40 minutes from our house, and a long, long way from work.

But do you know what Joram sent me last week?

It’s a map of the best icecream (eis) in Berlin, arranged by U-bahn station.

Ok, ok. I know that Summer is pretty much on its way out.

But you should all know that I’m the dedicated sort- willing to eat Eis all year ’round just for the cause. 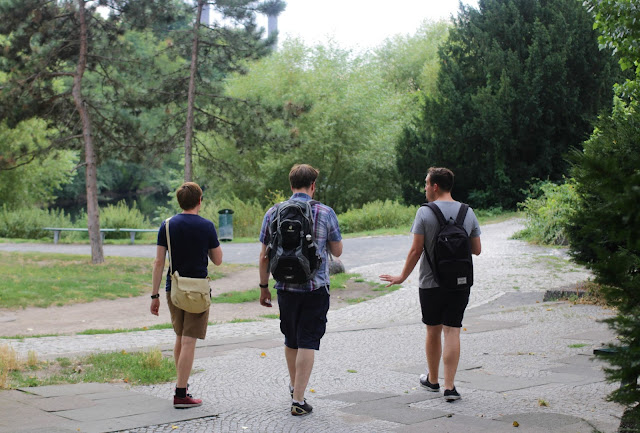