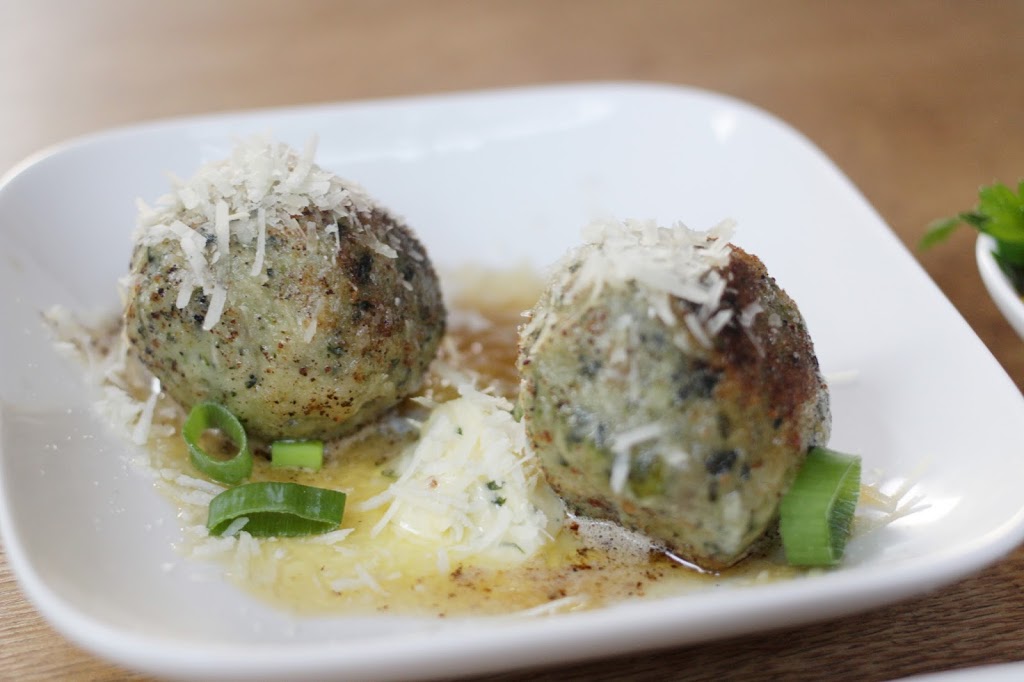 Some among you have commented that the identity of my uncle who visited, has remained a mystery. So here is a quick foodie post to rectify that fact.

…And to show you food! 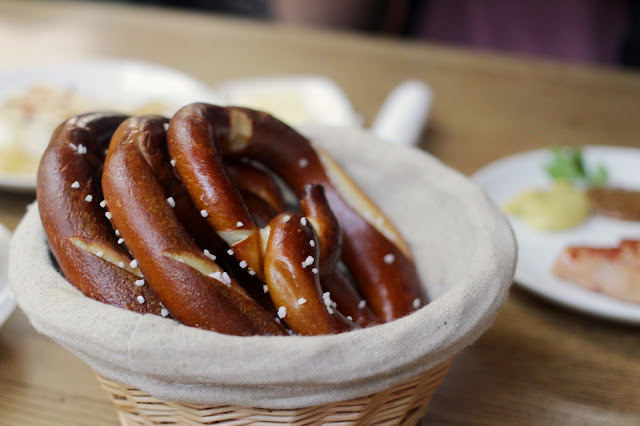 Leibhaftig, as with many of the good foodie places we’ve been to in Berlin, was recommended by Joram. The first time we visited was actually for his birthday.

I like it partially because the food is nice, but mostly because the food comes as a kind of ‘tapas’. I’m super pro the dim sum concept of getting lots of little dishes and sharing with your friends- all the better to try things with m’dear.

But beyond my personal tastes, the concept seems particularly perfect for introducing foreigners to German cuisine.

Because, let’s face it, Germans eat a variety of meals, but most of them can be summarised as ‘pork-potato-cabbage’ (PPC).

I actually have very fond memories of an early German lesson, in which our teacher tried haplessly to introduce her very German-limited students to regional foodstuffs across the country. Attempting to explain that ‘ok, so this one is also pork and potato, but the potato is different, and we use a different type of pan for the pork’.

Apart from the PPC repetition, meals in Germany have another defining feature: they are huge. Which, unless you really want to spend every weeknight eating giant platefuls of kartoffelpuree, make it difficult to take your tastebuds on a testrun during a short trip.

Ok, so you might have noticed that the food is more Bavarian than Berlin. This is fact that was ‘helpfully’ pointed out to us by some rollicking Germans when they noticed us photographing the food (‘hahahah, why don’t you go to Munich, you are so funny you auslaenders you’).

Seriously Berlin, invent something more than a sausage with curry powder on, and then we’ll chat.

So our guests- shown below-got to try a range of things, and came to the conclusion that they’re probably more into Asian-based foodstuffs (I think). 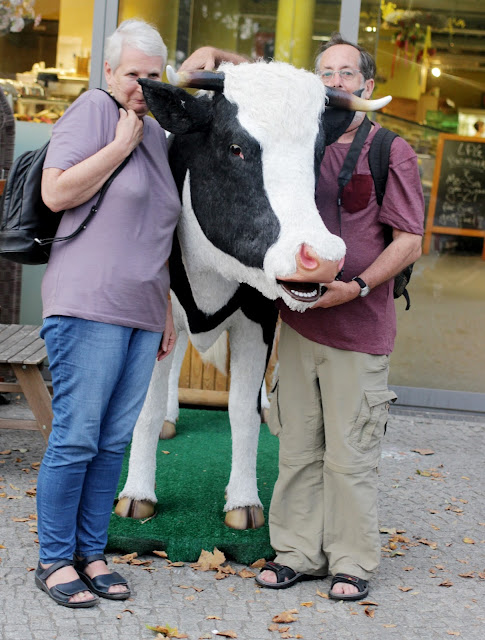 But we left without that horrible stuffed feeling. Which allowed for a bonus round at Kauf dich glucklich.

Ok, and speaking of Bonus….

…..here’s some U-bahn pics from the ride home. 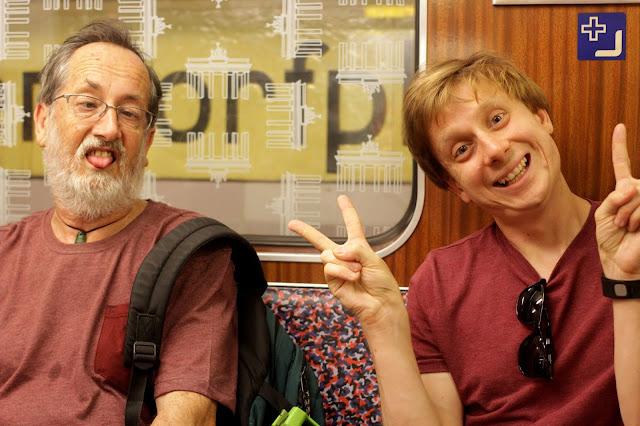 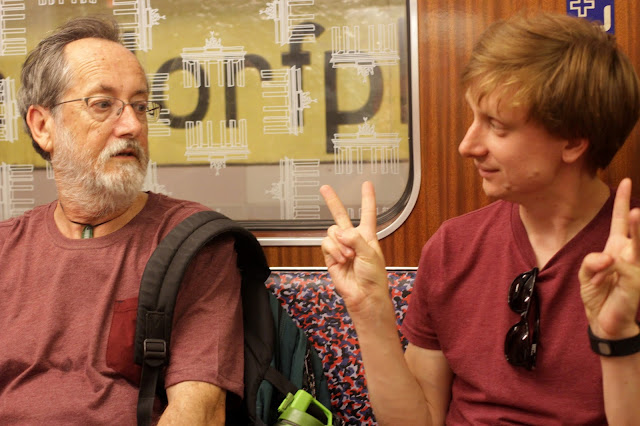 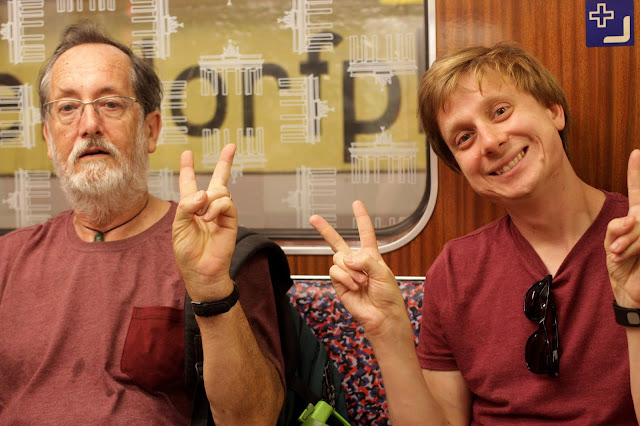