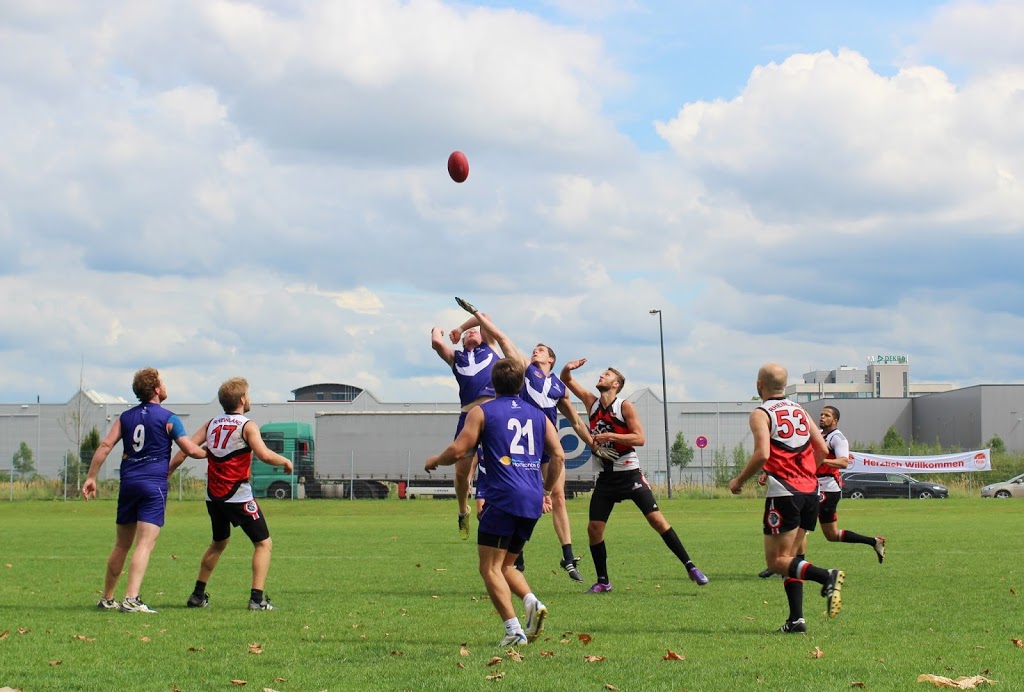 Ok, the title maybe doesn’t make immediate sense to the non-Aussie readers out there.

AFL is the Australian Football League.

And Australian Football (Aussie Footy- because we are lazy group of English speakers) is a weird little game played ‘down under’.

It involves a lot of leaping, men wearing short-shorts, and a pointy egg-shaped ball. 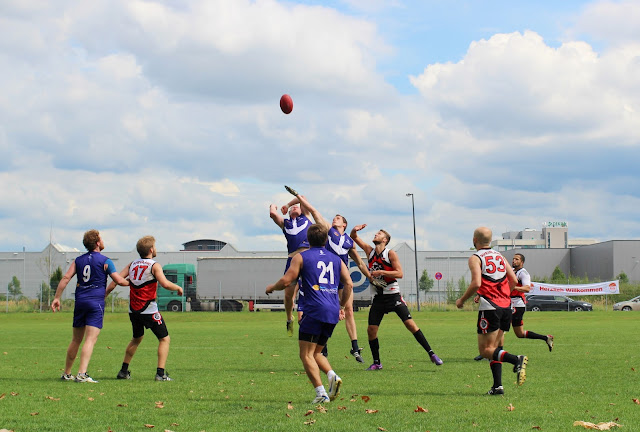 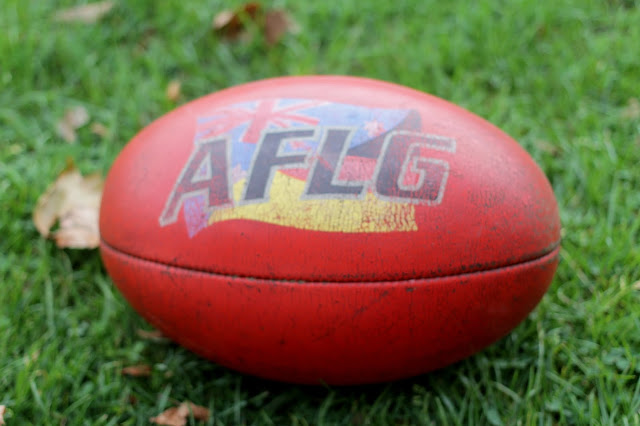 And the G in AFLG? Well, the G is for Germany. 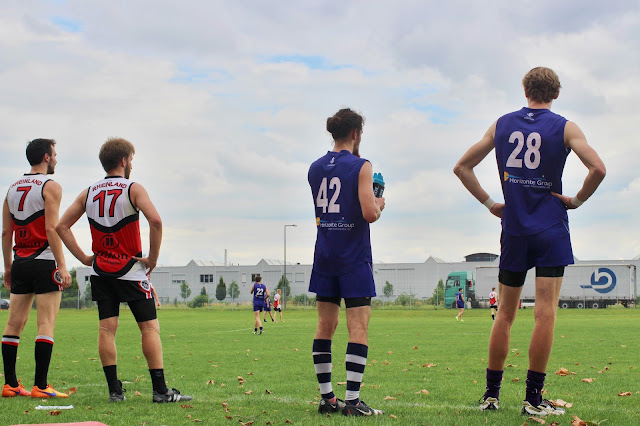 Growing up in Australia, you’re pretty much guaranteed to have some sort of exposure to AFL.

You see snippets on TV, because our sport cycle is literally AFL-cricket-back to AFL. In Australia, if you want to watch the soccer kind of football, you probably have to switch over to the ‘foreign’ channel.

So, as an Australian, I kind of get AFL.

But I’ve never sat down and watched a whole game, live or televised.

That is, never until last month, when, nearly three years into living in Germany, our Aussie friend invited us to watch his team, the Rheinland Lions, play a home match out of Cologne. 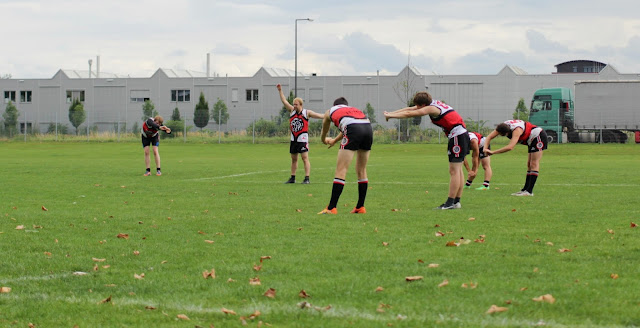 The AFL crowd in Germany is a mixed bunch. Sure, there are a few token Aussies- there perhaps as mascots and to provide the token Australian Flavour*, but the team practices in a public enough location, that, over time, they’ve attracted people from far and wide, who just wanted to know what it’s all about.

Beautiful! So much like home it almost brings tears to the eyes.

So Andy, our friend Richard, some of his friends and I, spent an afternoon bathing in the sweet song of our people.

While ‘our’ Lions, took on the Hamburg Dockers. 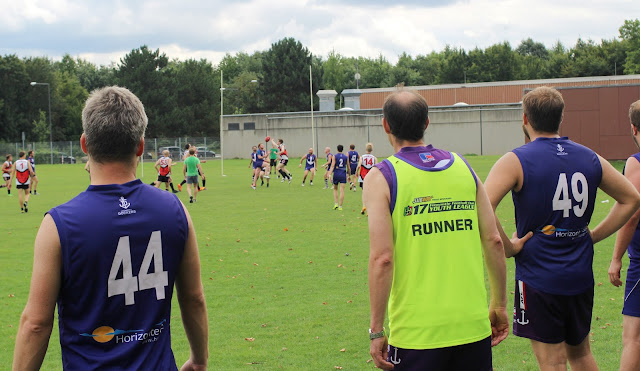 And yes, for those of you playing from home, the Dockers are the ones who look like, well… the Dockers: 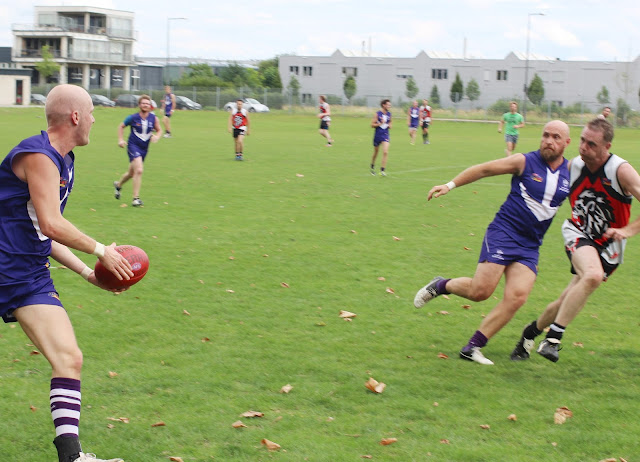 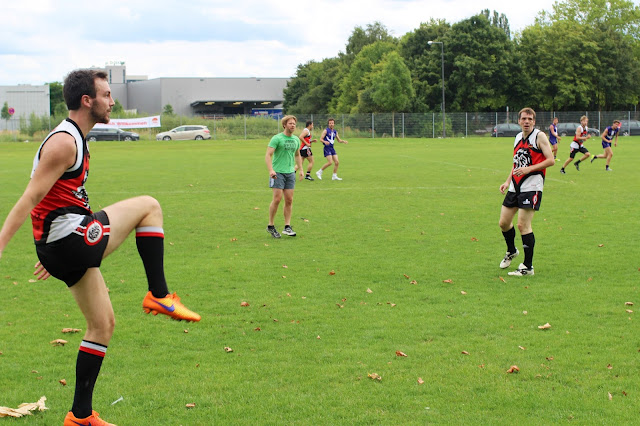 AFLG is a slightly different game from the home variety. From what we could tell, it was generally played a bit lower (less jumping on other peoples backs and overall less marking), there was less ball bouncing while running, and less hand passing. 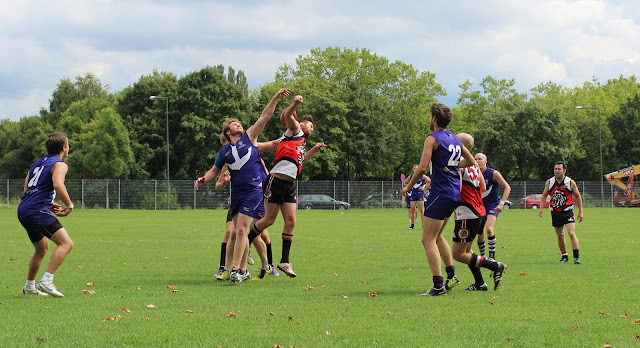 Still, as promised- there were lads-a-leaping! 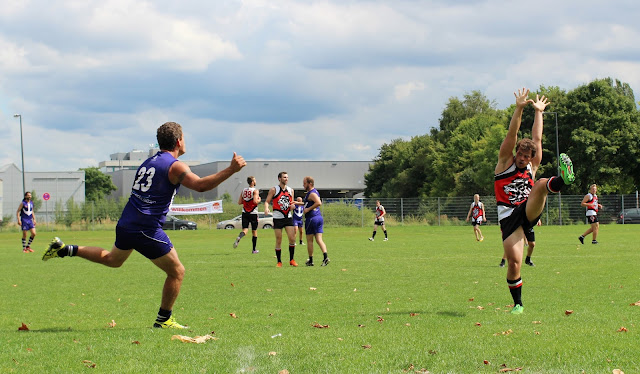 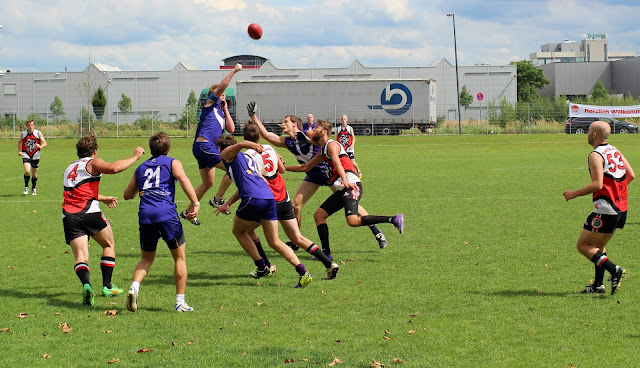 In the end, the Lions- many of who were playing for the first ever time- lost to the Dockers.

Nonetheless, it was a pretty lovely way to spend a day after three years in Germany, bathing in a bit of that ‘back-home’ feeling. 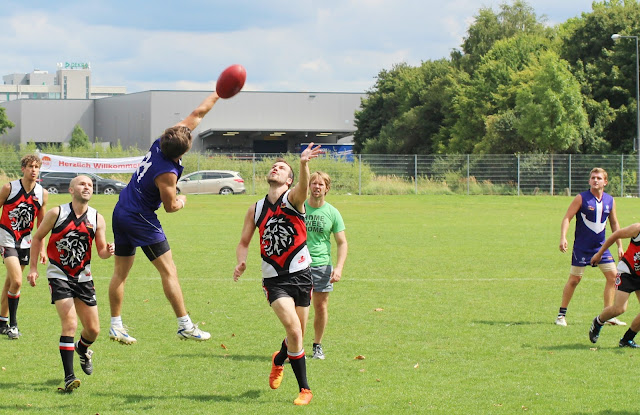