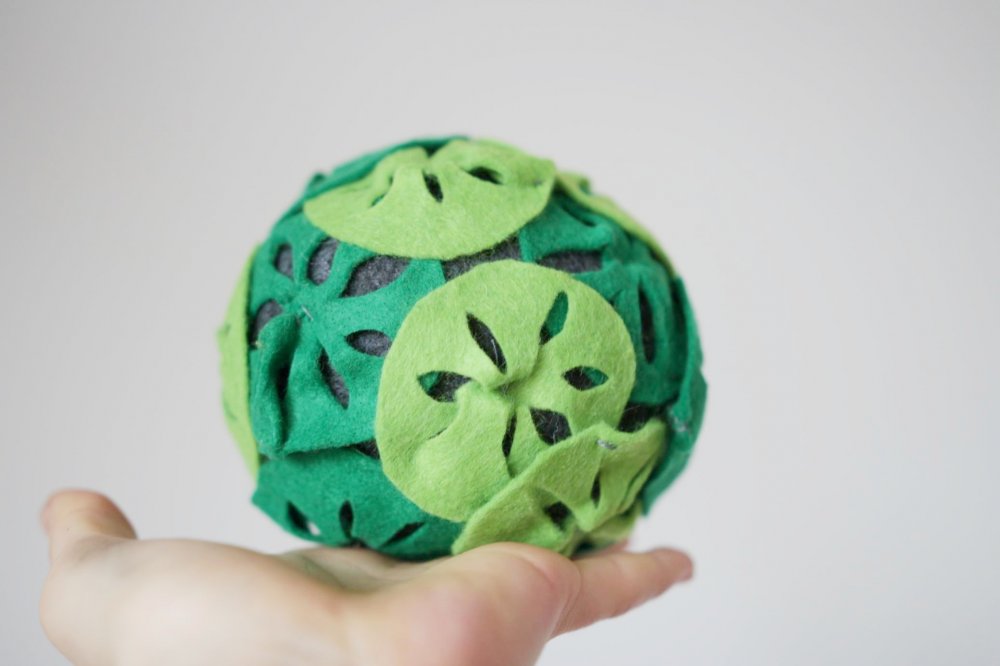 Did I ever mention that, instead of studying plants, I nearly did my PhD on coccolithophores? If I did, you maybe forgot, simply because the word coccolithophore is such a ridiculous mouthful. The name of the coccolithophore species I was going to study is Emiliania huxleyi, which isn’t really that much better. E-hux for short.

Coccolithophores are single celled algae, that happen to make coccoliths. And coccoliths, coccoliths are these little calcium carbonate scale, or plates, that the algae decorate themselves with. Like so: That’s one algae cell, covered by lots of round, calcium carbonate plates. Keep in mind, this whole guy is only about 4 uM (4x 10-6 m) long. At that scale, the detail and precision of those inorganic calcium carbonate structures is breathtaking. This one is E-hux, but there are many different species of coccolithophore, and they make a wide variety of different and beautiful plates (check it out!). Such tiny and intricate plates, that we as the sophisticated humans that we are, still can’t work out how to something similar ourselves.

Learning their nanotechnological secrets is one of the reasons we care about Ehux and friends. The other, is that despite being small, they can grow in huge algal blooms in the ocean, that can be seen from space. And in growing, and making little calcium carbonate coccoliths, they can act as an important global carbon sink.

All of this is to say, that although I didn’t take the coccolithophore job, I still think the little fellows are absolutely and amazingly cool.

And when one of our lab buddies, who is working on them, had a little fellow of his own, I decided to make ‘baby’s first coccolithophore’. Made of felt and pillow stuffing, it’s not overly scientifically accurate, but at least you can kind of see where it’s going. Or at least, our friend who works with the critters recognised immediately what it was.

Which is probably good, as it likely makes more sense to him, than to his tiny, two month old offspring- who mostly seemed confused that I kept trying to put a green ball, roughly the size of his head, near him.