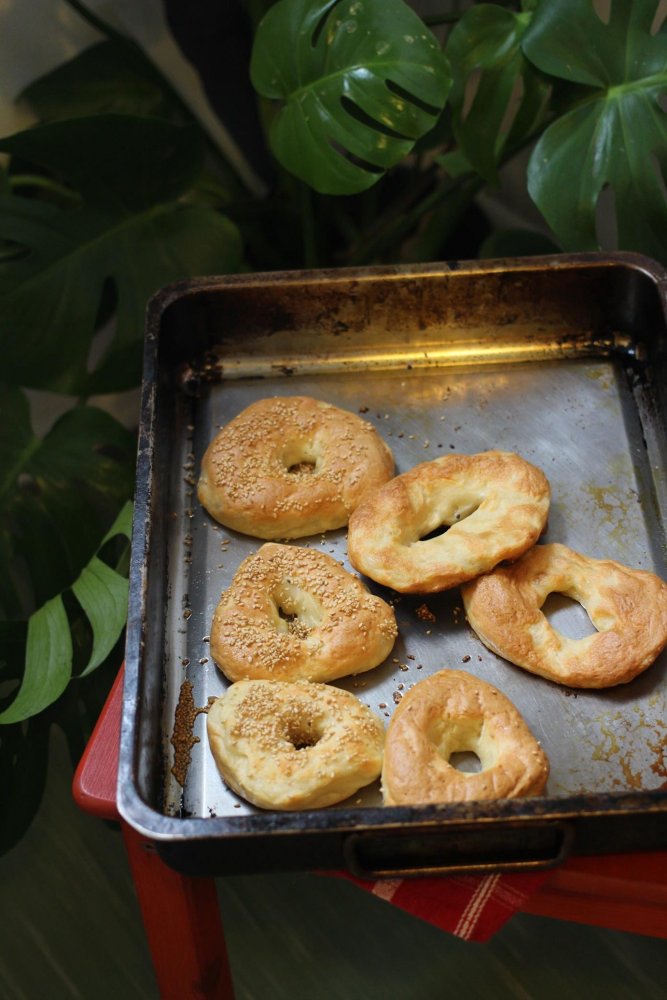 I’m going to be honest. I just called this post ‘better bagels’ so that everyone knows that my bagels are better than Joram‘s . One of the things I’ve noticed since I got the thermomix, is that people continuously ask me how often I use said thermomix.

Like ‘ok, so you spent an unreasonably large amount of money on a small machine, tell me that it’s worth it and you would trade your firstborn for it’.

And I get it- for many, owning a thermomix is a bit like being in a cult. The kind of cult where you have to constantly justify your overspending with lifelong dedication and evangelism (Apple users, I’m looking at you).

So here’s my honest opinion about thermie after having it for over a year.

I like the machine. I’m not so keen on the company and it’s weirdness.

Getting my thermie was a bit of a nightmare. They refuse to sell the thing in shops, so you have to have a rep come to your house. Cue 2 hours of awkward small talk. Once you commit to spending 1000 euros on the machine, it takes 12 weeks for them to make the thing for you. Fine. But my 12 weeks ended right when Berlin was going through a hugely public postal strike, and, instead of bothering to check if my expensive machine had made it to me in the now-halted-post (it hadn’t), the company instead rang me to tell me off for not paying my bill (which they cleverly send in the post with the expensive machine). I generally like people, but in this case, I feel like replacing them all with a one-click-buy and an Amazon drone would have been infinitely preferable.

But the machine, even though I don’t use it every single day, I like a lot. I use it to make things that I otherwise wouldn’t really make, like bread and nut butter and nut milks and smoothies and dukkah. I also use it to make things that I would otherwise make but which would be very hard without some kind of blendy machine, such as my beloved kahk. Obviously, I didn’t bring any of machine with me to Germany, and I don’t even own a mix master or processor or blender in Australia, so for me, starting from nothing, this was a pretty good option. Plus we have a fairly small kitchen, so the ‘one machine for all’ is pretty convenient. Is it 1000 euros good? That I can’t say. Anyway, back to the bagels. Last weekend we were invited to brunch, and I decided to make them for the first time ever.

I used this recipe, mostly because I was very pro the short rise-time, and the whole ‘not having to get up really early in the morning’ thing appealed. What I learnt from the process is that:

c) blueberries are messy. And sticky In the end, we all scoffed down way too many bagels (plus some amazing other foodstuffs), and then had to walk all the food off in the park.

I’m calling this experiment a success!