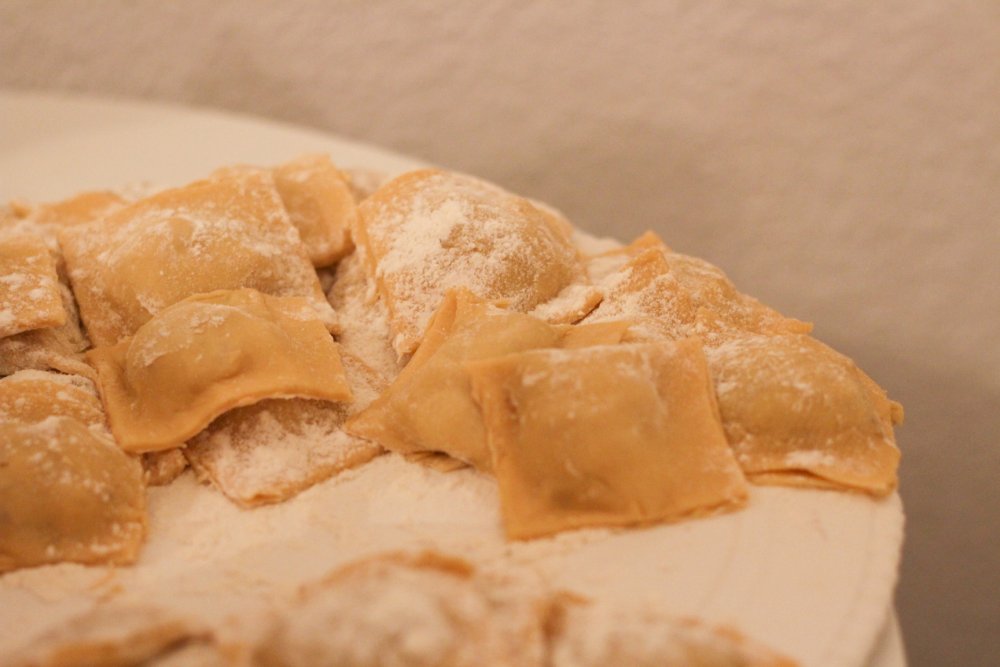 I made a rather stupid statement at the start of the season, that Summer 2018 would be ‘The Summer of Doing Stuff’.

Mostly because I wanted to be out of the house, but also because a part of me wondered if Summer 2018 would be my last in Berlin (spoiler: it was not).

But, eh, despite the silliness of the statement, I’ve got to say we did pretty ok at doing said ‘Stuff’.  With the exception of that time we decided to go dancing, and instead stayed inside, at three courses of Italian food and played cards (sorry Chiara). This Summer was one of the longest in history: the weather was great, for a long time. And we managed to fit in a fair amount of frolicking. I’m proud of us.

Still, winter draws near, and life is getting colder and darker. So it’s time to make a call.

Is the winter of Dumplings! Once upon a time, we discussed the idea that all cultures have their own version of dumplings. Gyoza, pierogi, maultaschen, pies, jiaozi, empanadas, ravioli…

Not only do nearly all cultures have them, but they are also nearly universally great. And that therefore we should make them, so that we can eat them.

For four years, it never happened.

But then there was Zac, and Chiara, and Empanada-making Chileans, and somehow we hit a kind of critical mass.

And the Dumpling Movement was born! Ok guys, you ready for the ‘how to’ of ravioli making in a crowd? By the time we arrived at the Italian’s house, Chiara and Andrea had nearly finished making mushroom and zucchini, and mushroom and potato fillings. We added a final option- crushed walnuts and blue cheese (shown below as a horrific snowman)- and were ready to go! Second step: Make some dough, roll it out!

We made A LOT of dough. In fact, we made a lot of filling, and had to add to the original dough mound halfway through to try to get everything used up. And a lot of dough means a lot of rolling.

But luckily we had several people on the task… Step three: get the filling in the pasta in a way that keeps it from coming out later on. And voila! Raviolis are born: At one point, bossman Andrea brought the others in to do a ‘factory inspection’ of our beautiful ravioli making setup….. …but even this could not deter us from the high efficiency of production. Check out these pillowy beauties!

Fabio kindly informed me that these are not true ravioli, but are rather some other thing, I think due to the fact that I chose to seal one edge with a fold.

They are all dumplings.

And they all end up in the same place: We boiled the dumplings, fried some with garlic, and added tomato sauce and parmesan to finish them off. In the end, in a move that was anything but surprising, we made way too many ravioli. Which simply meant we had lunch (and perhaps dinner), for the next day!