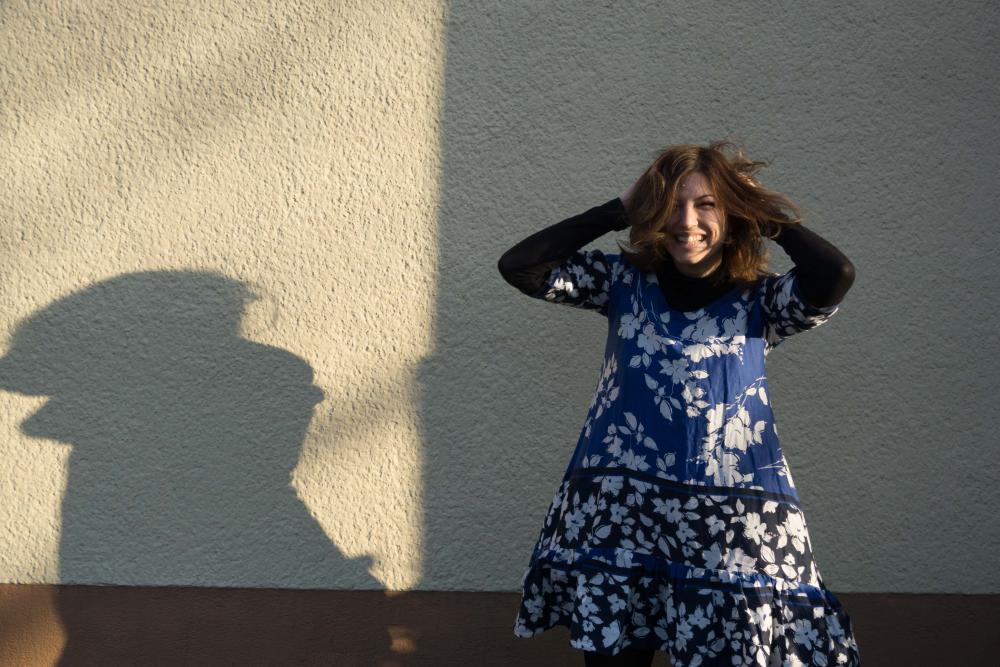 Look look! I made a thing! Which I think is half of the reason anyone sews.

This dress is ‘self drafted’, as much as it actually is drafted. It’s very loose and casual- so mostly just a boxy top with a scoop neck followed by a couple of ruffles. The shape, including the sleeves, I basically traced from one of my favourite dresses from uniqlo x lemaire that I bought a couple of years ago. I try not to buy new clothes, and when I saw this in the shop I was instantly impressed. I nearly bought it then and there… but luckily it ended up on the second hand exchange app I frequent just a couple of months later. The Uniqlo dress is made of fairly thick cotton, which gives it much more structure than my dress, but I took from it the general shape, and more specifically the idea of anchoring a dress with a wide neck at the sleeves.

In this iteration, just like the original, the sleeves can be worn up… … I honestly much prefer the contrast of the latter, but the extra arm-air space might be pleasant in Summer.

Shall I demonstrate those beautiful pockets to you again? Obviously, the whole thing can be done with or without the belt.

I would argue that my uniqlo x blue looks a lot less ‘hospital gown’ in the loose form… although I kinda suspect that’s what they were going for. Anyway, that’s it for now. Many thanks to Joram for the shots: I think he has taken many of my most ‘photogenic yet natural’ shots over the past year- mad skillz.