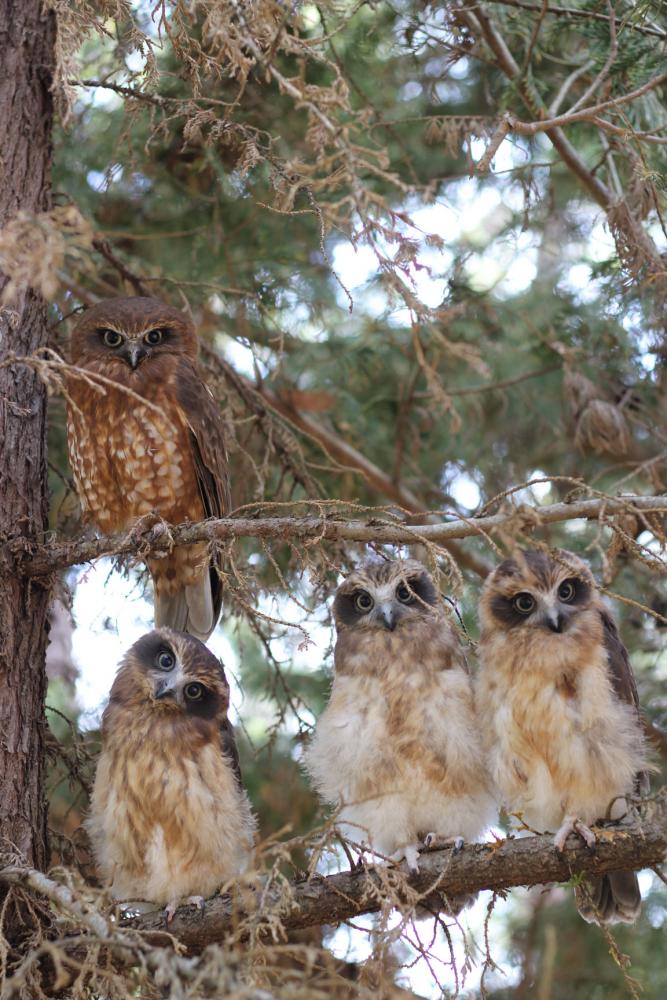 I was lying in the sun, trying to soak up some of those delicious rays before being forced back into the grey (hi London!), when the order came.

‘Go and get your camera, there are owls’.

So I did. And so there were. As part of my Aussie visit, the family (mum, dad, sister and sister’s partner), made our way to the town of Denmark.

Actually, the Denmark area – the river and the inlet where the town is placed- has another name, given by the Noongar Aboriginal people who originally inhabited the land. Kwoorabup means ‘place of the black wallaby’, which makes the name both incredibly cute, and also way less confusing for pretty much everyone else in the world who didn’t know that Denmark is also in Australia.

Anyway. Kwoorabup is few hours south east of Perth. It’s right on the coast, but also beautifully filled with bushlands.

And while Kwoorabup has yet to present me with the promised wallabies, it does seem to have a good number of owls! We saw five. But could only photograph four because one of them- a parent- zoomed off the second it saw us. But the three little chicklings sat, and watched.

While the remaining parent kept a particularly close eye on any movements below: I may have mentioned before on the blog that my family all enjoys photography. It turns out that my sister’s new boyfriend is also on family theme: We peered through our lenses at the owls.

And the owls looked back: Although, after some minutes, I began to get the impression that they were bored by all of our attention: Their attention was aroused by someone walking behind them. Except that one guy, who may not be the brightest of the bunch, and mostly always managed to look stunned…. Maybe we should end with a slightly more noble shot? So, do you love owls yet?