Several weeks ago now, the lovely Mercedes took us to see Orpheus in der Unterwelt.

When we were growing up, my sister was obsessed with Greek mythology, so I felt pretty well acquainted with the concept of Orpheus: a man with a musical talent, who manages to woe the King and Queen of the underworld into giving him back his dead wife. 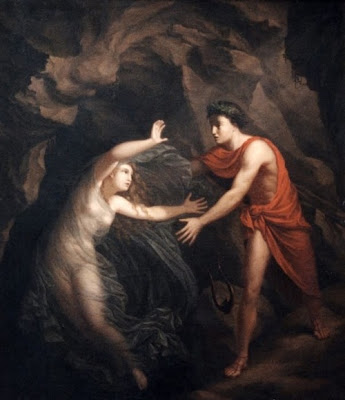 Of course he screws it up, and loses his wife forever.

Happy endings are for Disney.

In any case, this was.. not that Orpheus.

But it was absolutely fantastic. It’s technically an ‘opera bouffon’, and played out very much as the name suggests- with a mixture of the operatic and the slapstick/farce.

It began with a man (Orpheus) and woman (Eurydice) stuck in a loveless marriage.

(Note- I couldn’t take any photos, but all the ones below are taken with the same main cast, scenery and costumes) 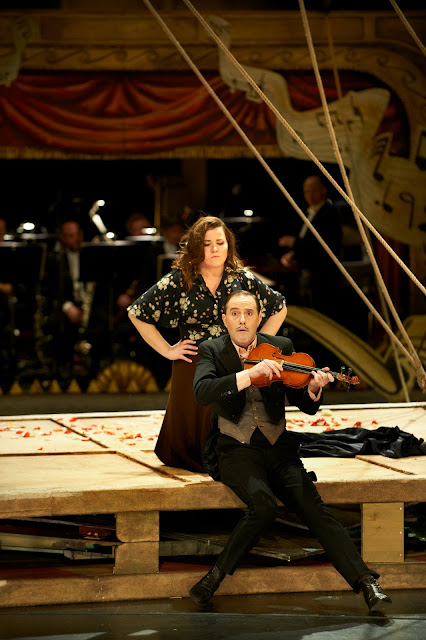 She’s busy having an affair with a Shepherd, who, naturally, is actually Pluto, the god of the underworld. 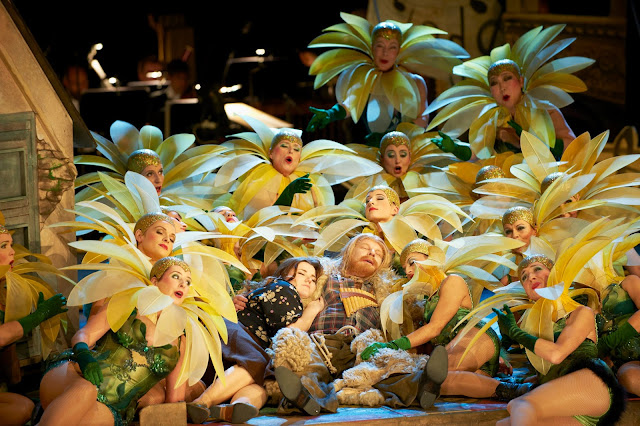 Also naturally, he has a slightly unnerving cohort of flower girls, who enjoy bobbing their heads up and down like one of those puppy things you see in car windows.

Anyway,Pluto decides he wants to keep his girl with him, so must fake his own death, in the hope that she will then kill herself and they can be together forever in the underworld.

Of course being a God, said DeathFaking is massively overdramatic. 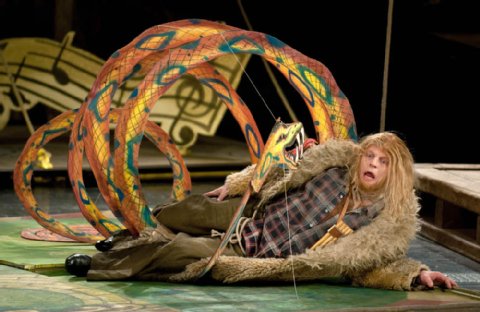 But seems to be successful. Eurycides heads into the underworld.

Orpheus is pretty pleased that his wife has gone, but ‘Public Opinion’ (appearing as a personification), tells him that it’s really quite improper to be so content, and that he should go to Jupiter and demand his wife back

Jupiter has just been partying with his own gaggle of awesomely dressed lasses, but after a brief interlude into his life: which included the delightful song Juno, you know I love you (Juno being pronounced more like Yuno in Deutsche).. he and his Possie hop on a plane (insert a reference to Berlin’s airport, which has been ‘in the process of being built’ for a very long time), and head to der Unterwelt. 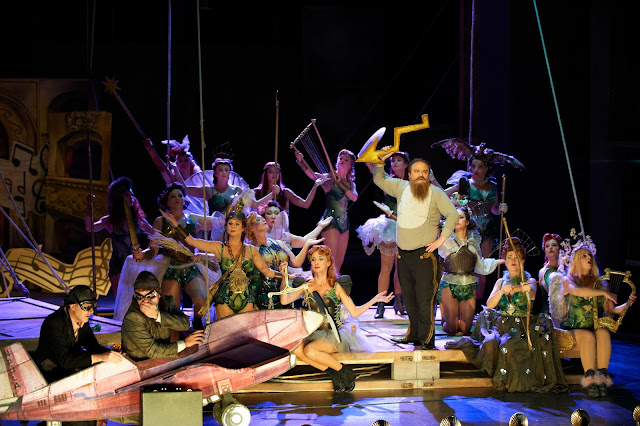 Which was one of our favourite parts: you had the plane flying around the stage, with a can-can/conga line of girls trailing around it singing ‘Fahren wir ins Unterwelt’ (I think)- all to the tune, as Mercedes pointed out, of ‘Who’s afraid of the Big Bad Wolf’  (see here: http://www.youtube.com/watch?v=CSDov-KlwTE).

Meanwhile, Eurycides is frolicking around with this dude- I’ll be honest, I’m not entirely sure who he was: 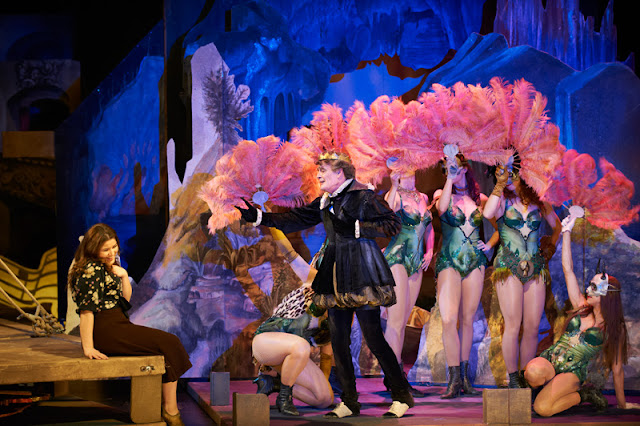 But he’s also in love with her.

And then Jupiter see’s here, and also decides he’d like to ‘get better acquainted’. Because of the awkward situation with Juno, he disguises himself as a fly, and zooms around the stage singing a love song consisting mostly of Buzzing. 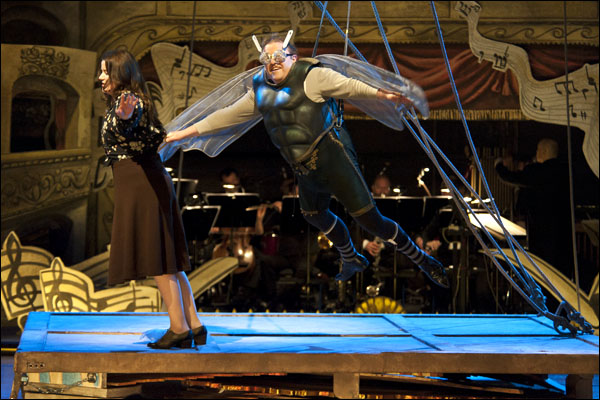 She’s pretty convinced, so she puts on her own fly costume. 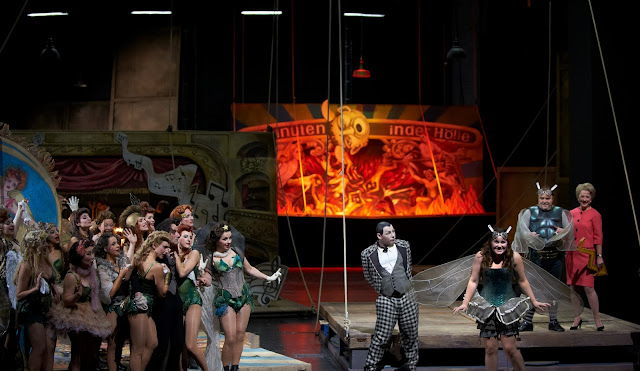 Which, with a bit more dancing, basically brought us to the end of the tale.

One of my favourite parts was the ‘Galop Infernal’, which is consisted of all the girls Can-can-ing around the stage for 15 minutes- the score for Galop is what we traditionally know as can-can music. (I couldn’t find any photos of this scene from our performance online)

All in all, it was a really fabulous night! We have to go to many more of these things, especially as our German gradually improves and we can appreciate the wordplay on top of the physical humour and general spectacle of it all!