On our third evening in Budapest, after doing our traditional walking tour and then wandering around in the dark, we headed to Szechenyi Baths (as recommended by the lovely Szilvia). 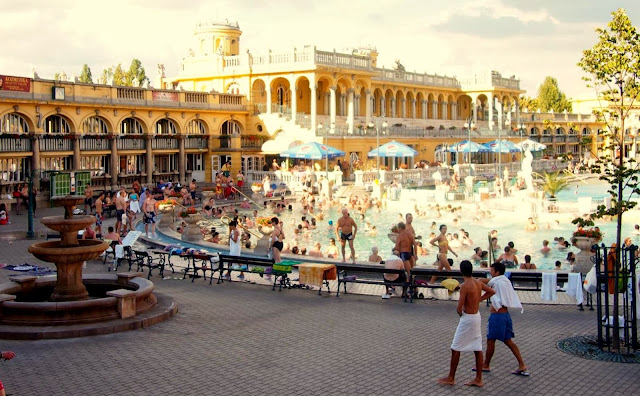 With the large bath in front being set at a delicious, E. coli incubating, 37 degrees. Inside the buildings out-of-frame to the right, are a whole range of baths of different temperatures, as well as a group of Saunas.

Personally, I have yet to see the peer-reviewed science that tells me that jumping from 18 degrees to 40 and then back to 22 only to then spend 5 minutes in an 80 degree sauna is in any way beneficial to my health.

After kind of adapting to 37 degree- kind of because it felt too warm when I was actually in it-everything else felt amazingly icy, and after a couple of half-hearted attempts I just refused to go in anything that wasn’t plus-or-minus two degrees from 37.

Ell and Andy were a bit more adventurous, and not only played fast and loose with their lives in the pools, but also went in for the sauna option.

I panic when I can’t breathe, which I think is a pretty normal response. But I also believe very strongly that my lung is incapable of proper function above, say, 30 degrees- especially if there’s no air flow.

A sauna, as far as I can understand from my very loose understanding of the Bible, is pretty much the closest thing we have on earth to Hell.

An 80 degree sauna is clearly one of the inner circles, and going inside whatever an ‘aroma’ sauna is, is pretty much the same as asking Satan to poke you in the eyes continuously with that little arrow bit on the end of his tail.

Plus I’m pretty sure that the ‘aroma’ was mostly sweat and sizzling groin.

So Ellen and Andy frolicked around in the hot and the cold and the wet and the smelly, while I sat quietly in the 37 degree pool wondering why our society is so good at making weapons of mass destruction but so crappy when it comes to the invention of the truly waterproof book.

After they were suitably scalded and frozen, we headed back to the grand outside pool, and floated around gossiping about people from Perth, and questioning our futures in science.

The sun began to set, and we began to get wrinkly fingers and rumbly stomachs, so we poured out of the pools, redressed ourselves, and headed for some feasting.

Here’s some photos we took while we were waiting for Andy to blowdry his hair (or whatever takes men so long in the changerooms): 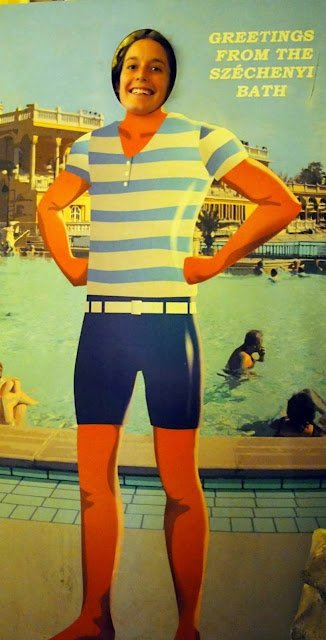 This one made me think a little of my grandmother on my mother’s side. 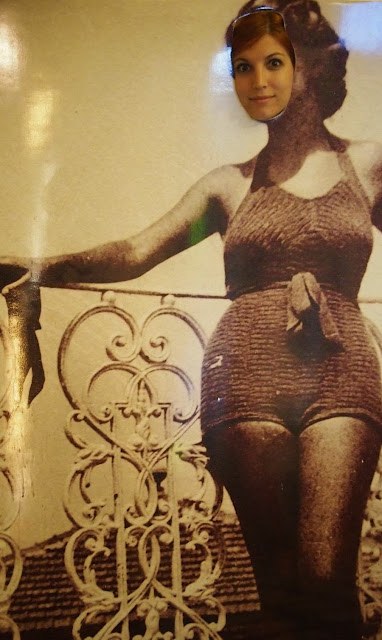 We ended up stumbling into Gozsdu Court, which is an amazing alleyway or bunch of connected courtyards, filled with different types of food and drink from around the world and- at least when we were there- bustling with people.

Andy spotted coffee shop that had a rather delightful setup, and played the ‘Aussie Hipster Who Knows His Stuff’ to the slightly nervous barista. 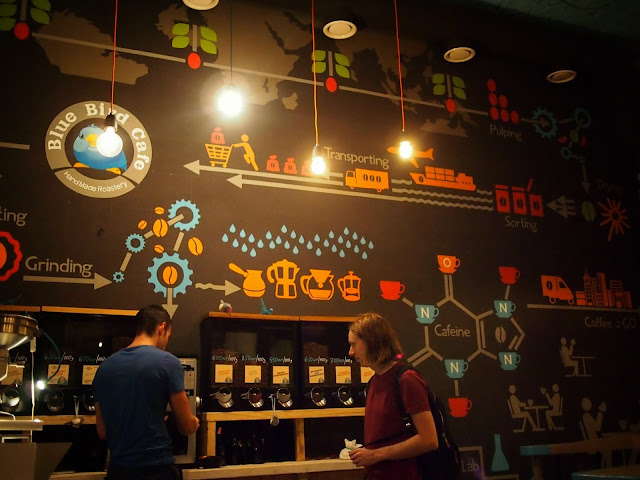 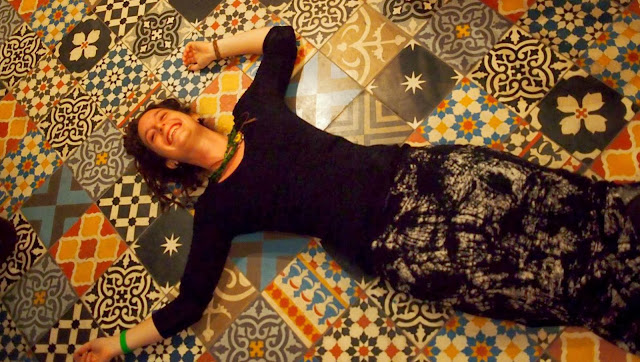 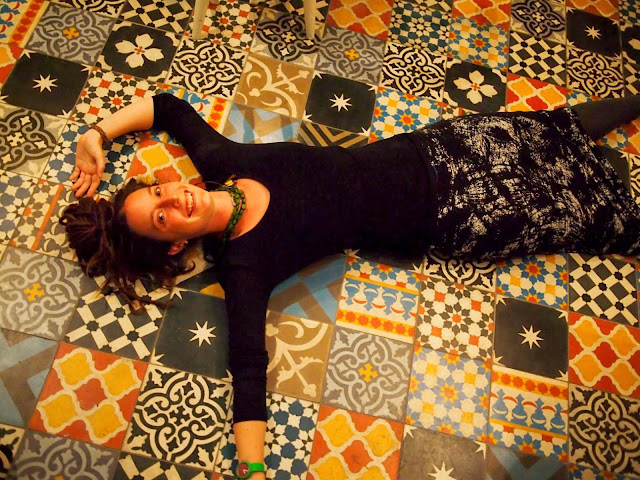 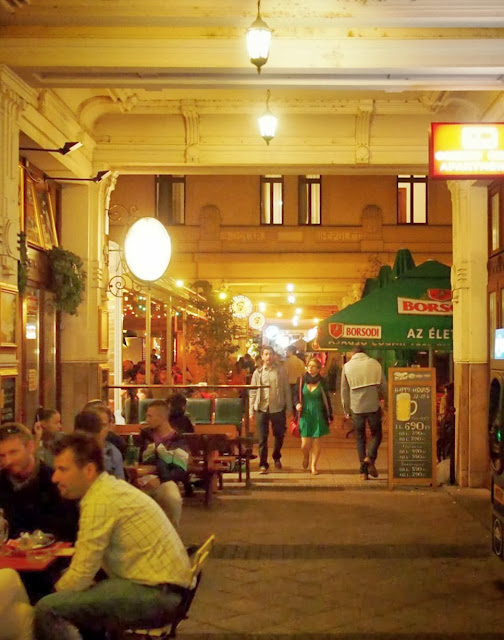 We ended up eating at a slightly chainy but nonetheless delicious Asian place. It was a 1,2,3 sort of place, where you choose the base (noodles, rice, fried, boiled, egg etc..), then the protein, then the sauce, and also a whole lot of extras.

I had something tasty with base of neatly cut up veggies in the place of the traditional carbs, was filled with tender beef, absolutely drenched in a ‘red curry sauce’ and topped with basil, coriander and peanuts.

Then, because it was our last night, we frolicked in the city lights… 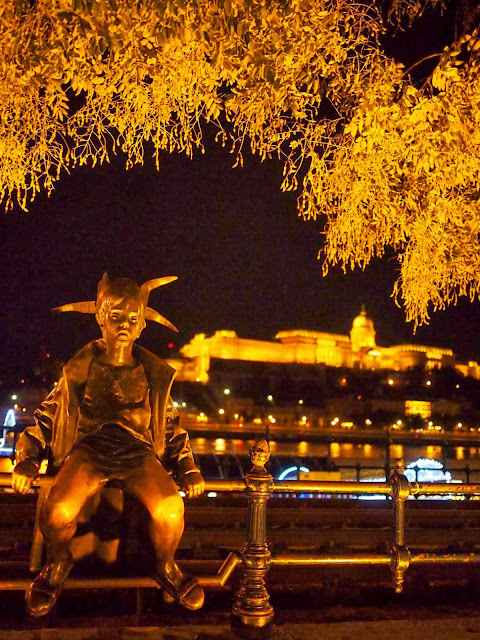 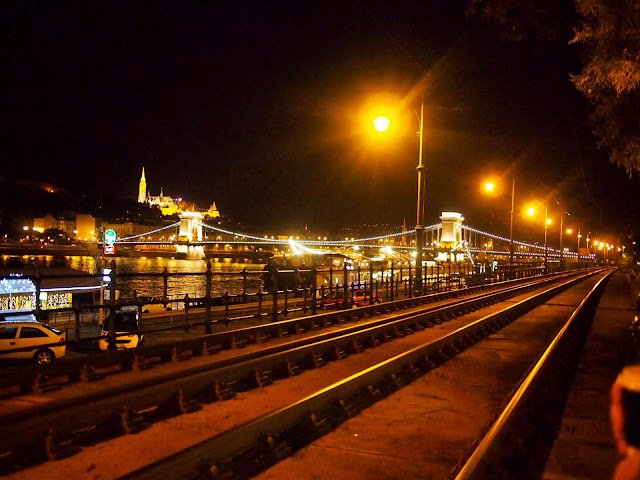 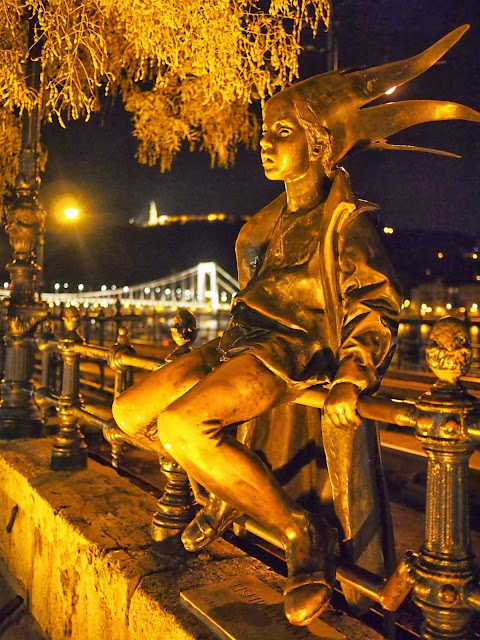 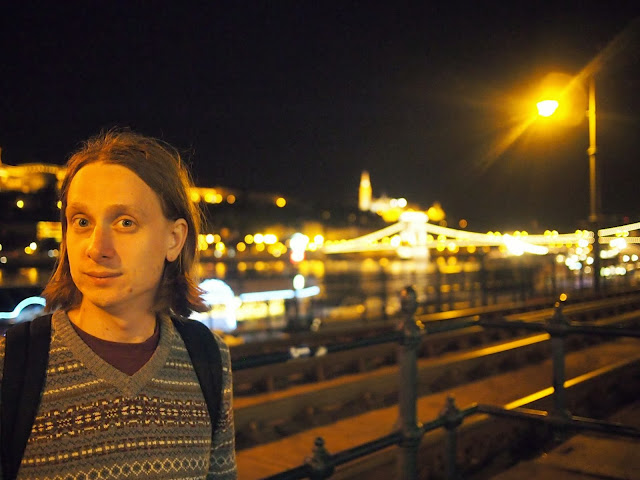 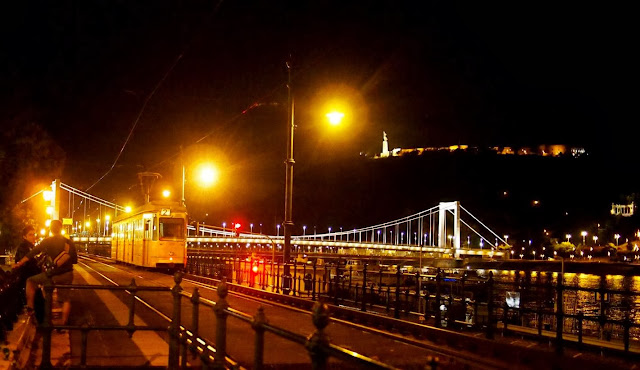 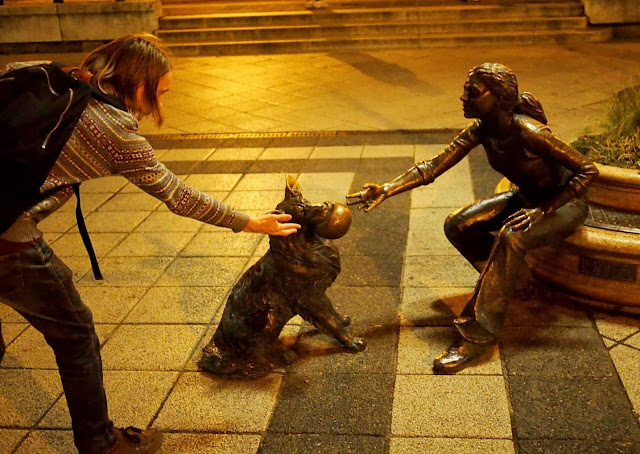 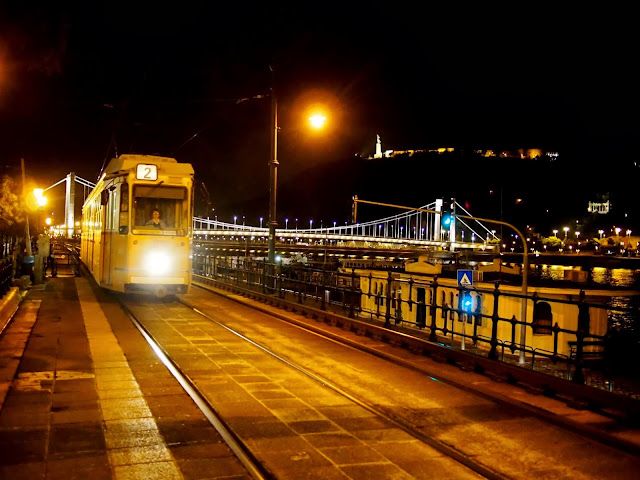