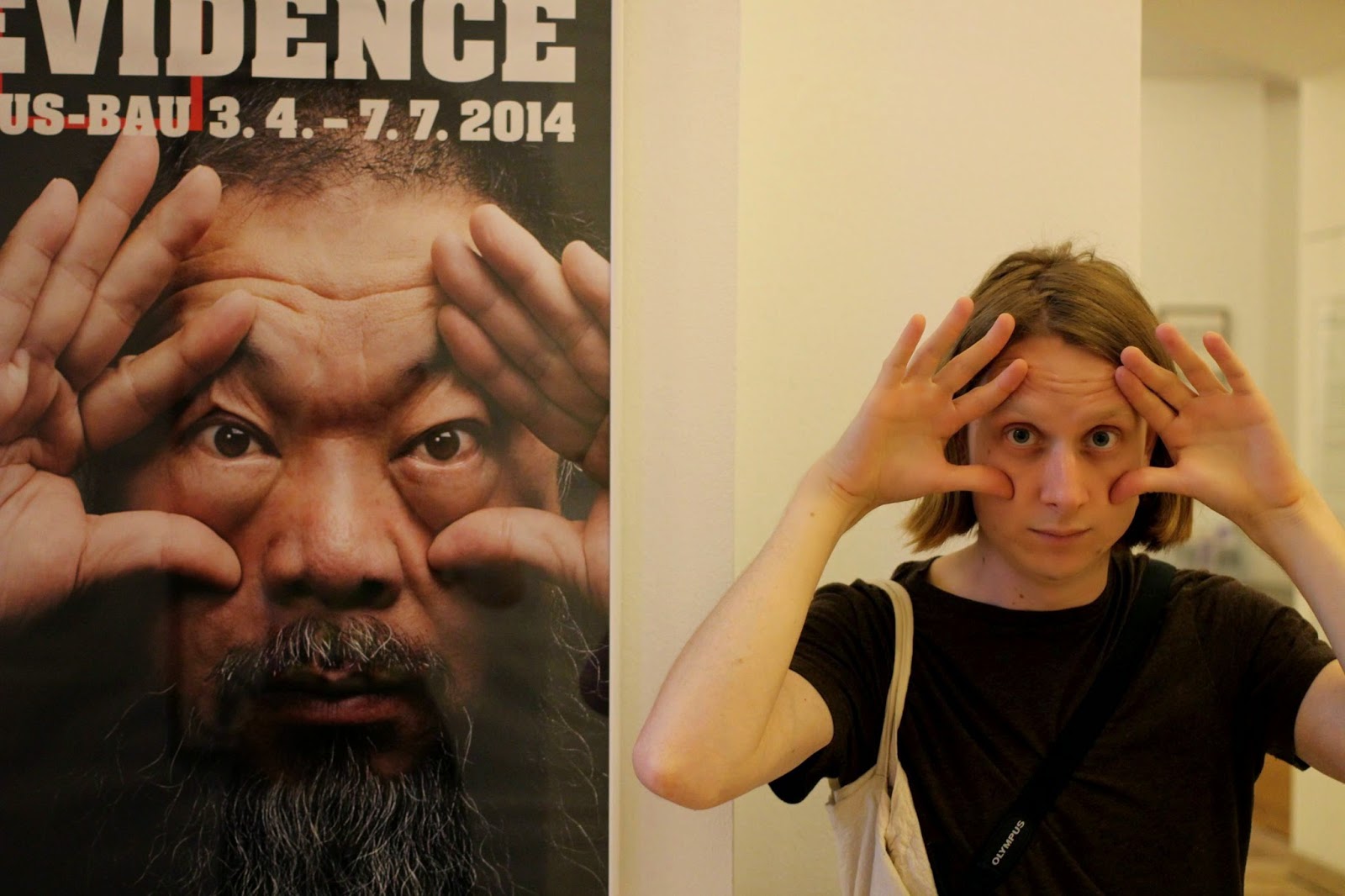 On walking into the exhibition, you’re confronted with a large hall filled with stools.
Thousands of them. 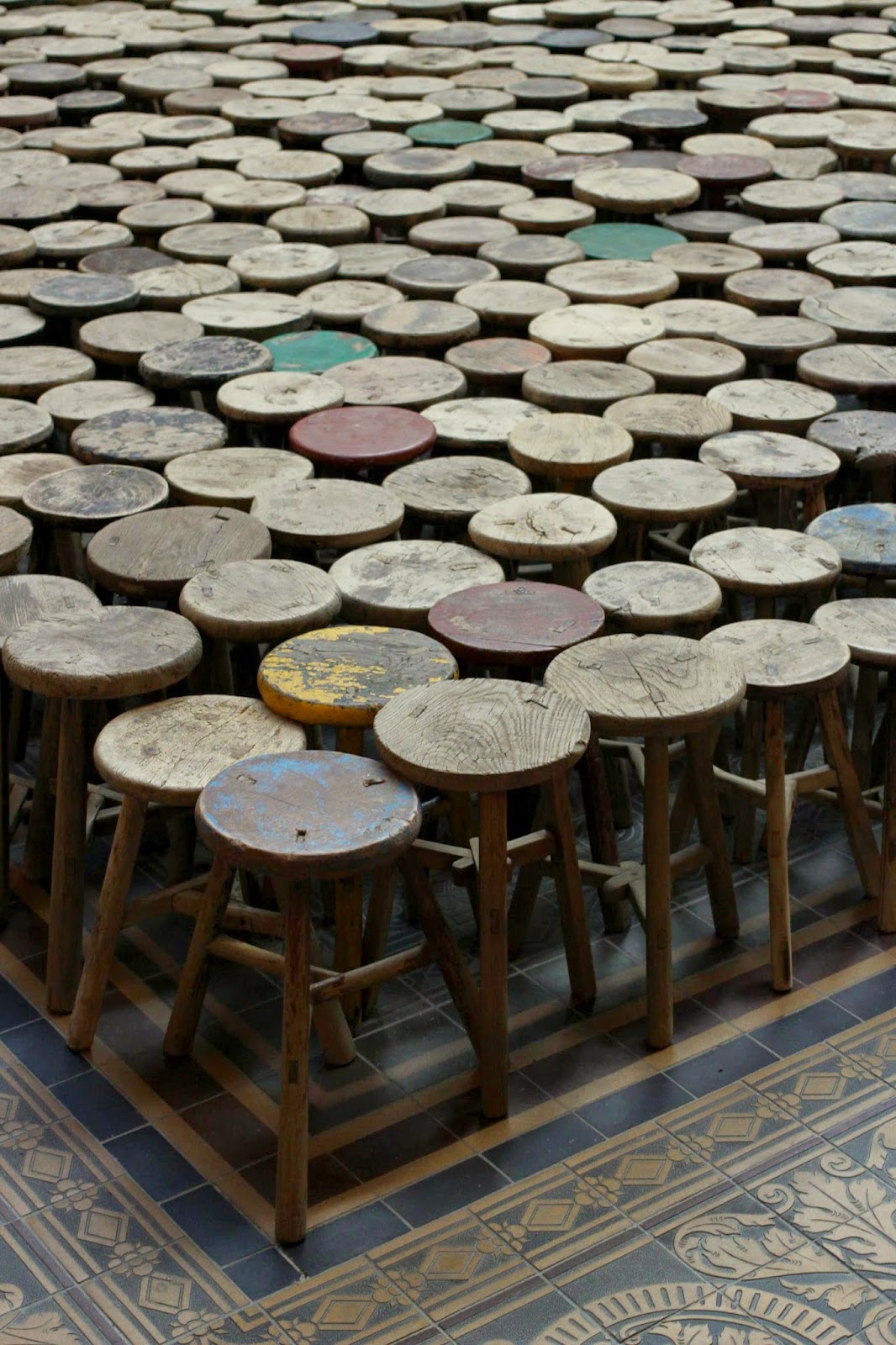 But more on that later.

From there, the first couple of rooms we walked into were a bit of the ‘hmm, yeah… ok.. but why’ type. 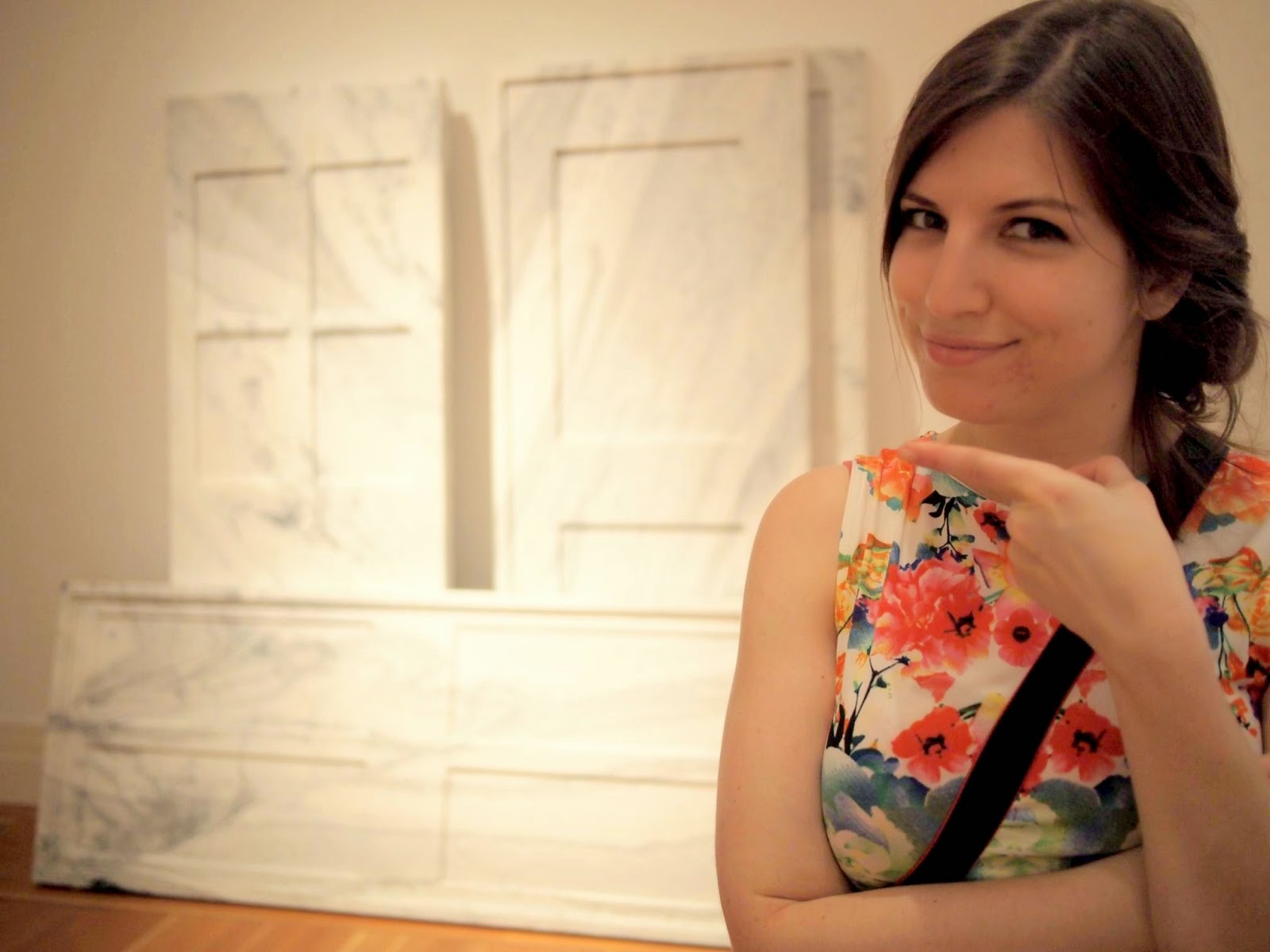 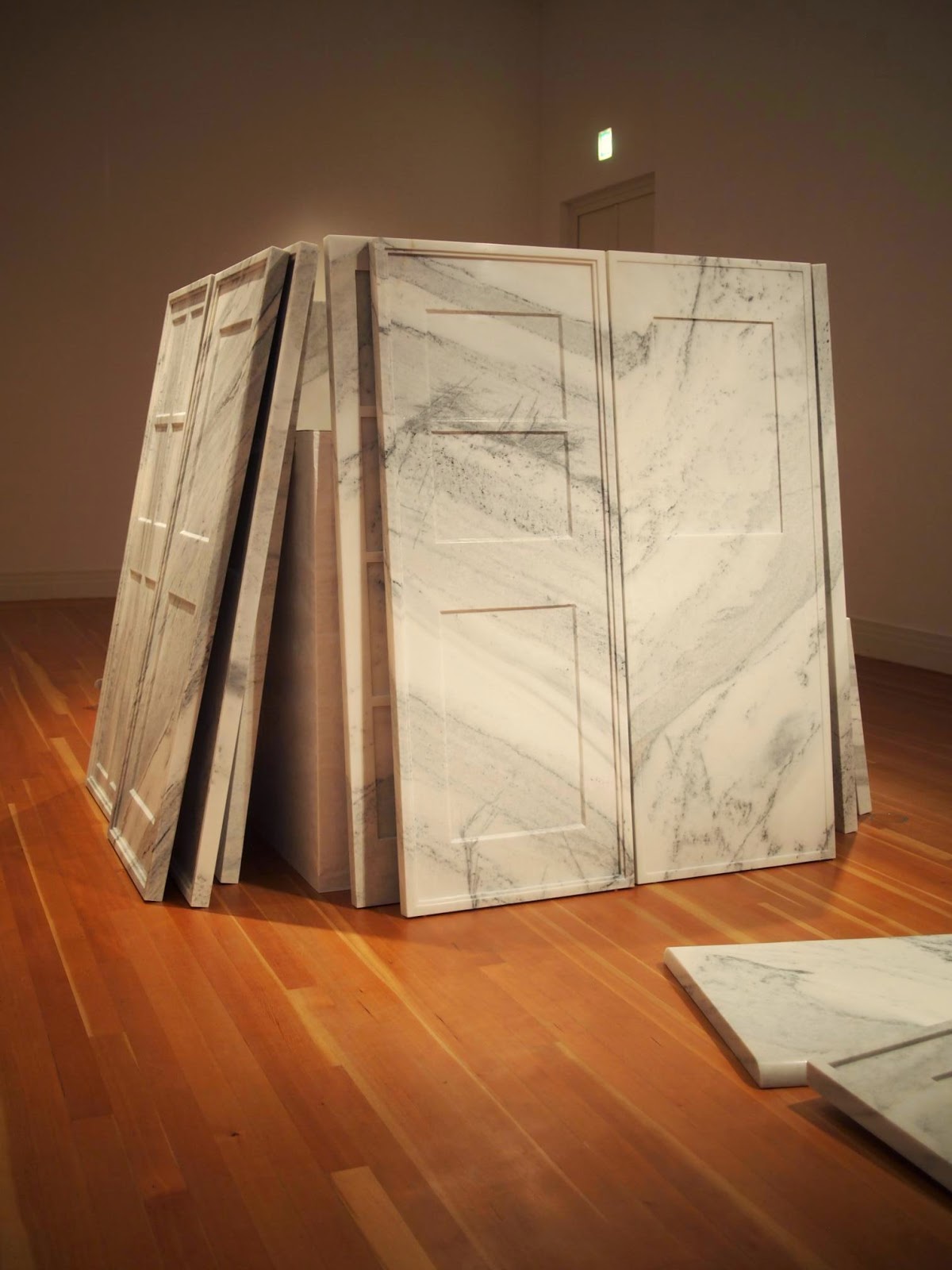 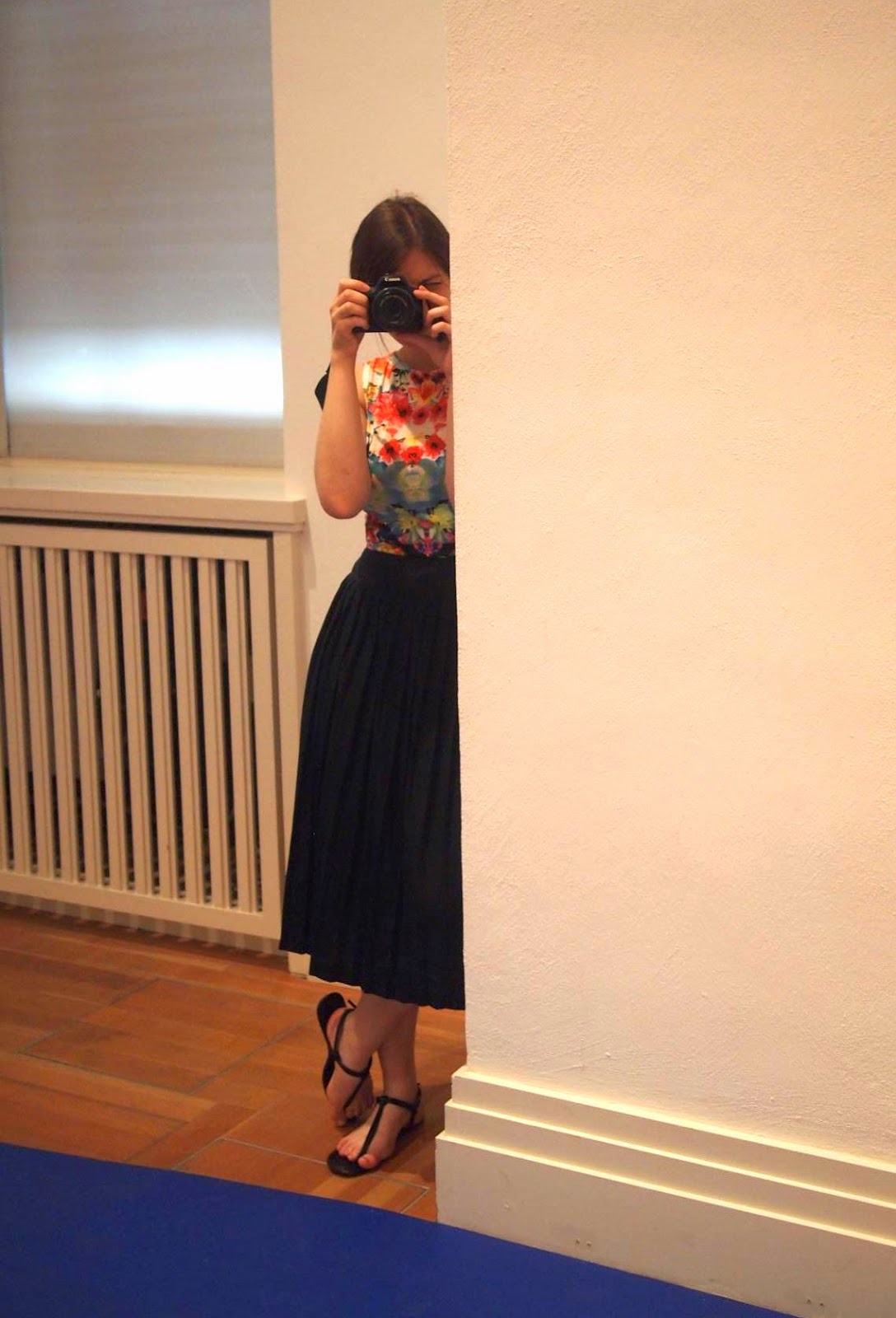 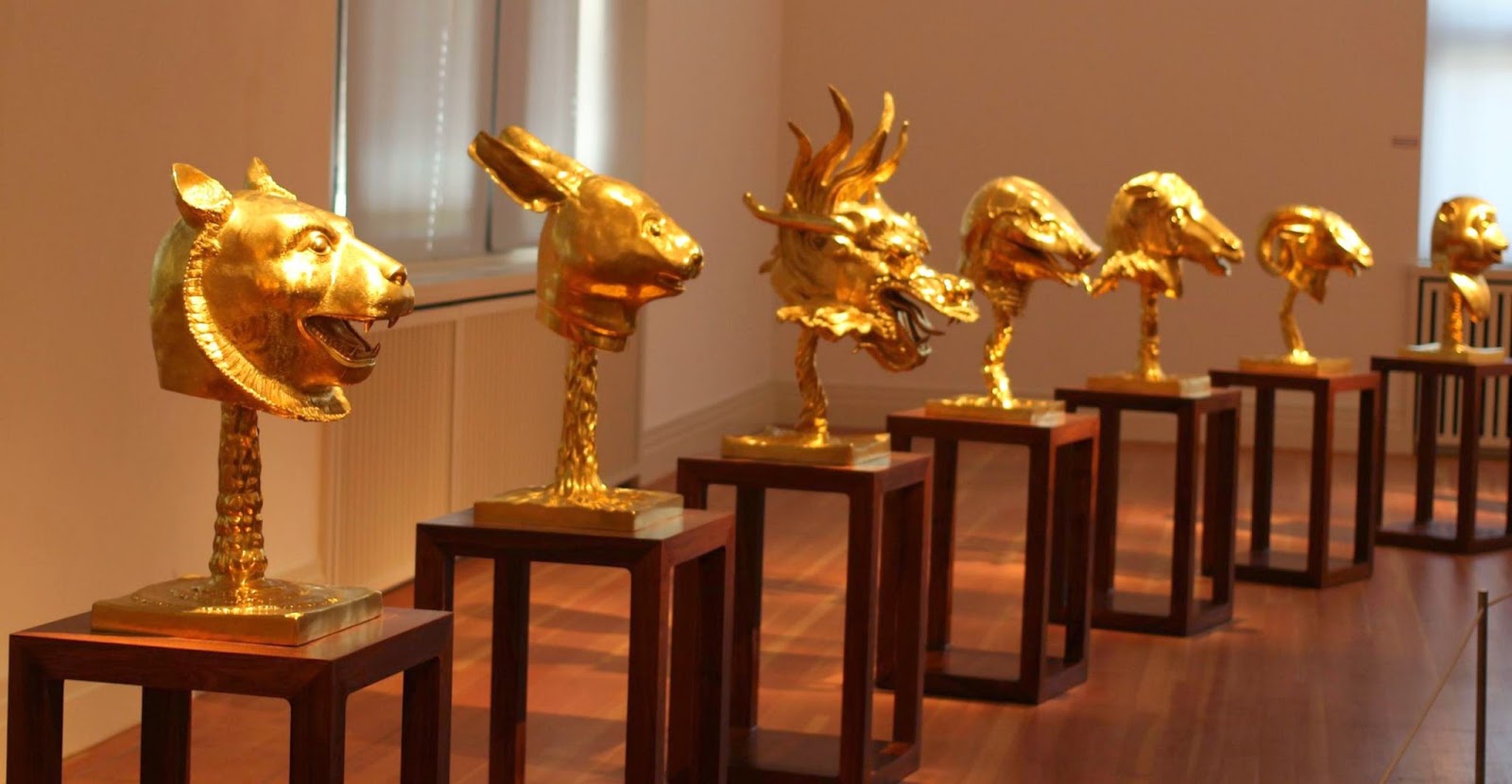 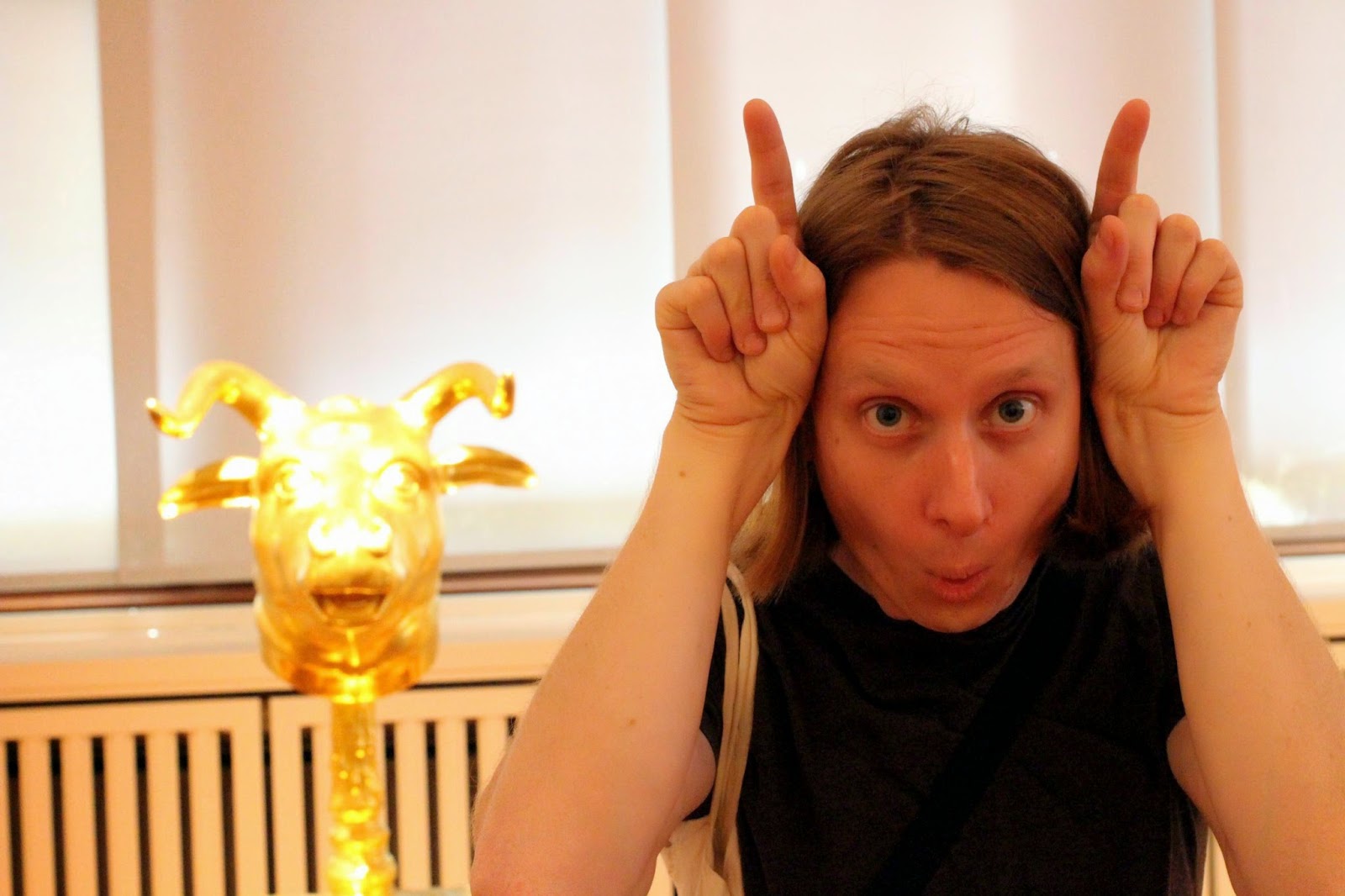 Although to be honest, the ‘why’ is never really very far away with Ai.

This, for example, is a group of islands.

But of course, not just any islands- these are the Diaoyu/Senkaku islands that Japan and China argue about.

You know, that neat little collection that has the capacity to ignite the next world war… 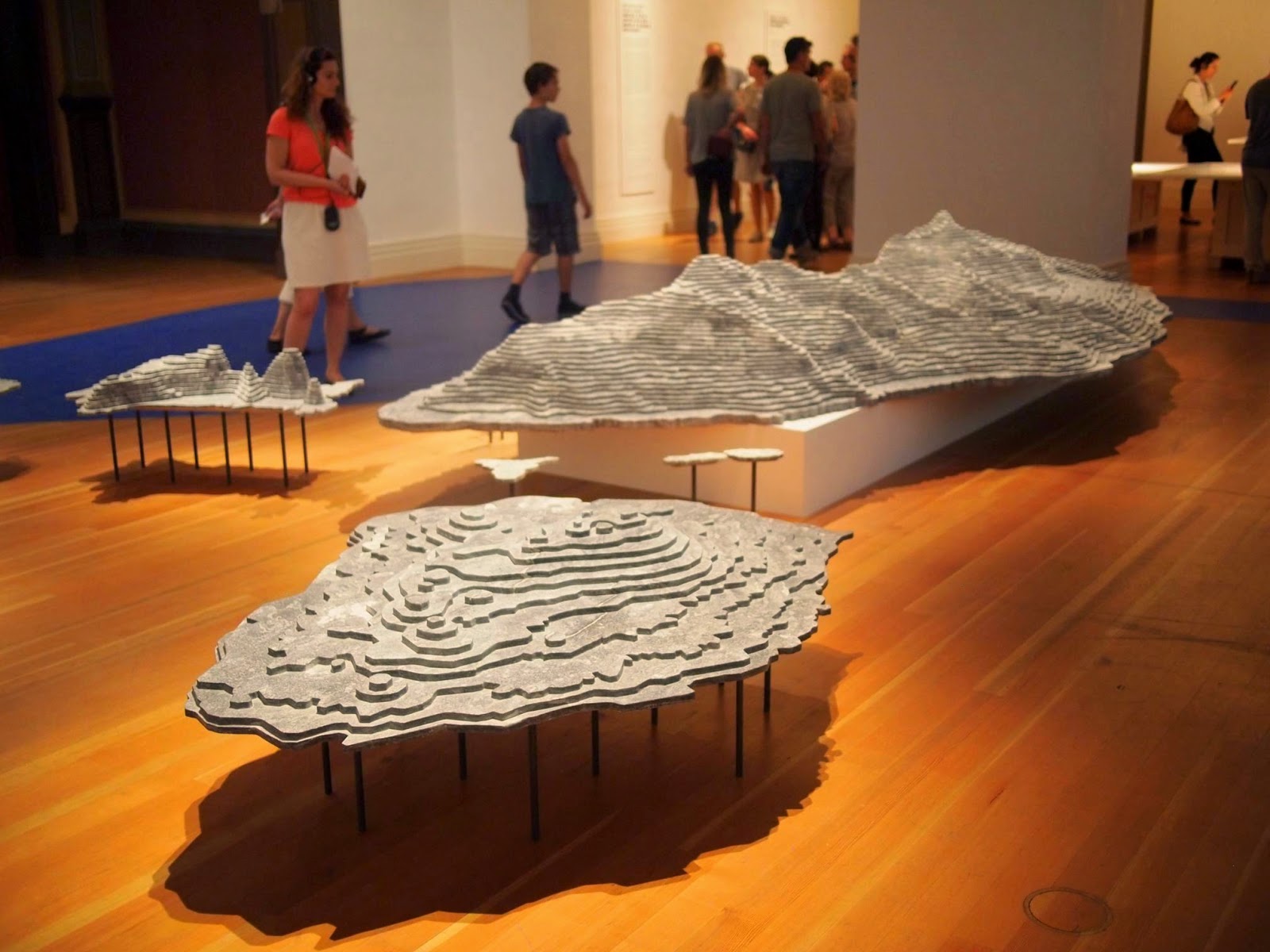 This is a twisted metal bar- but it’s been made from marble. This theme – the recreation of everyday objects into something more valuable and maybe permanent- was repeated several times in the exhibition. (There was a lovely collection of shampoo and makeup bottles re-made in Jade that I would recommend taking a gander at). 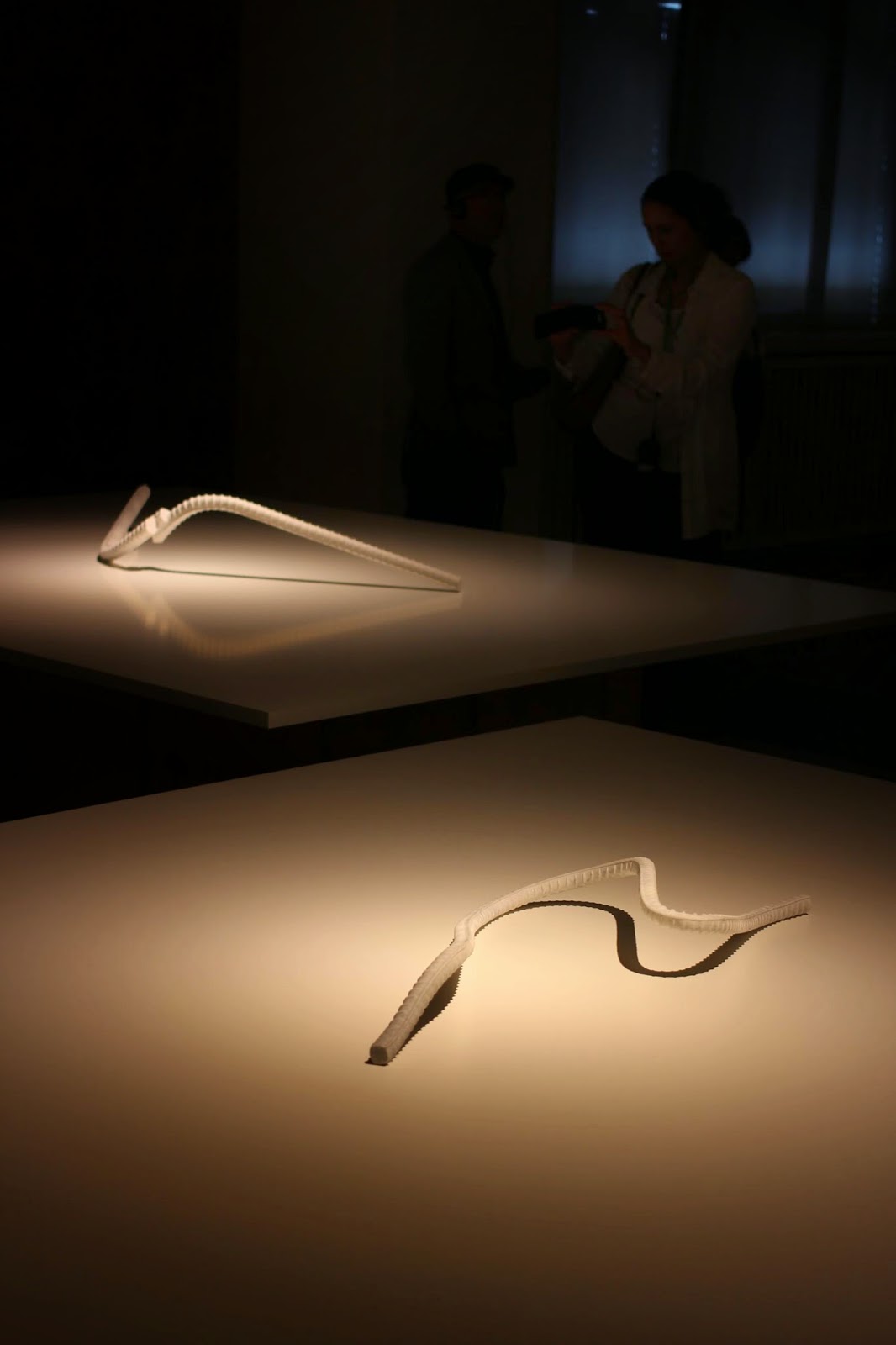 But these metal bars are a bit less banal than toiletries- they ‘originate’ from research Ai Weiwei did into a massive earthquake that killed many hundreds of people (among them a large amount of school children), and an apparent government cover-up that Ai Weiwei investigated in the aftermath.

You’ll see more of that later on.

But for now- wallpaper. 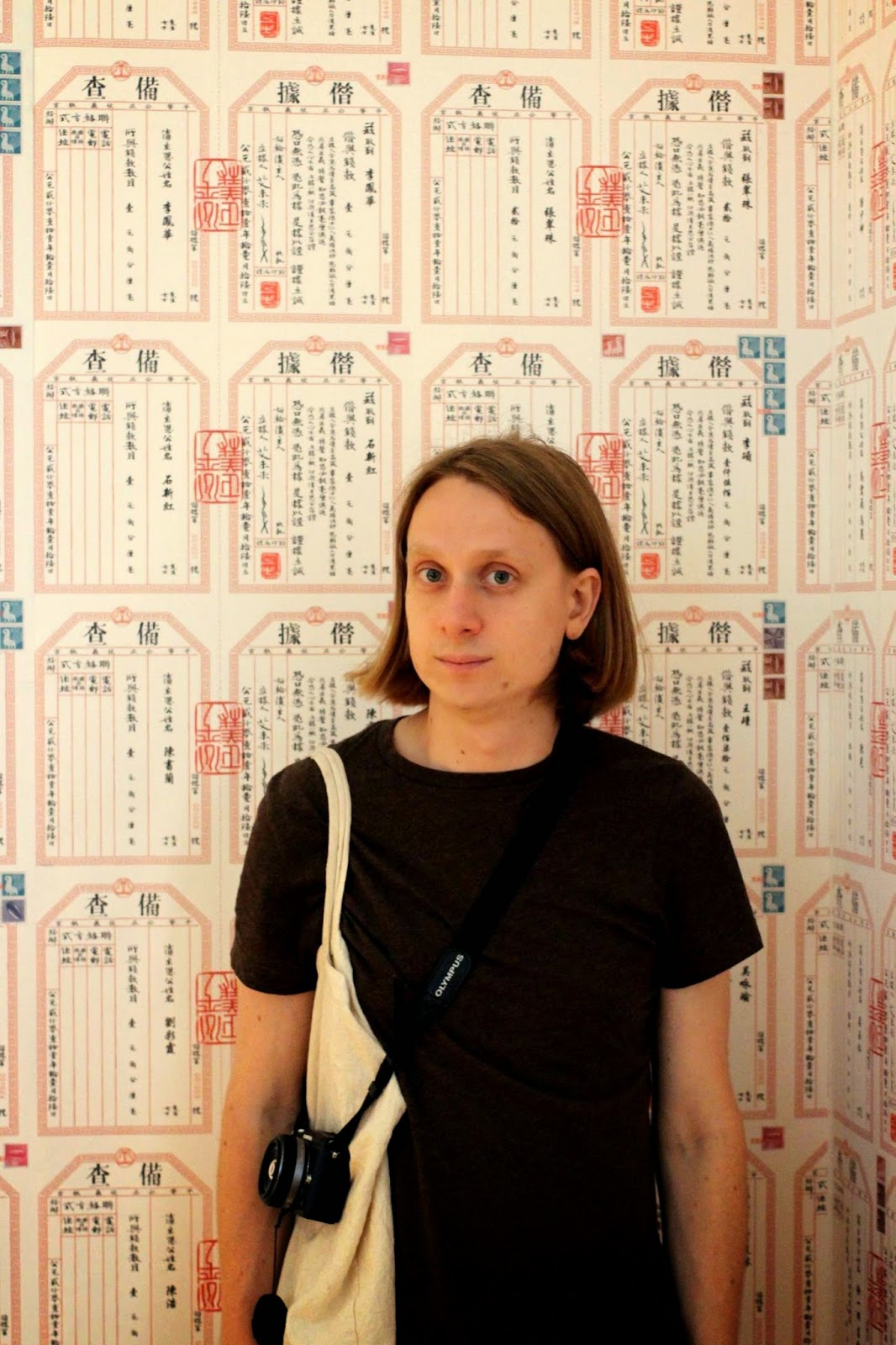 Made from (as I understood at least) copies of some promissory note Ai gave in response to (apparently undeserved) government investigation into his company. 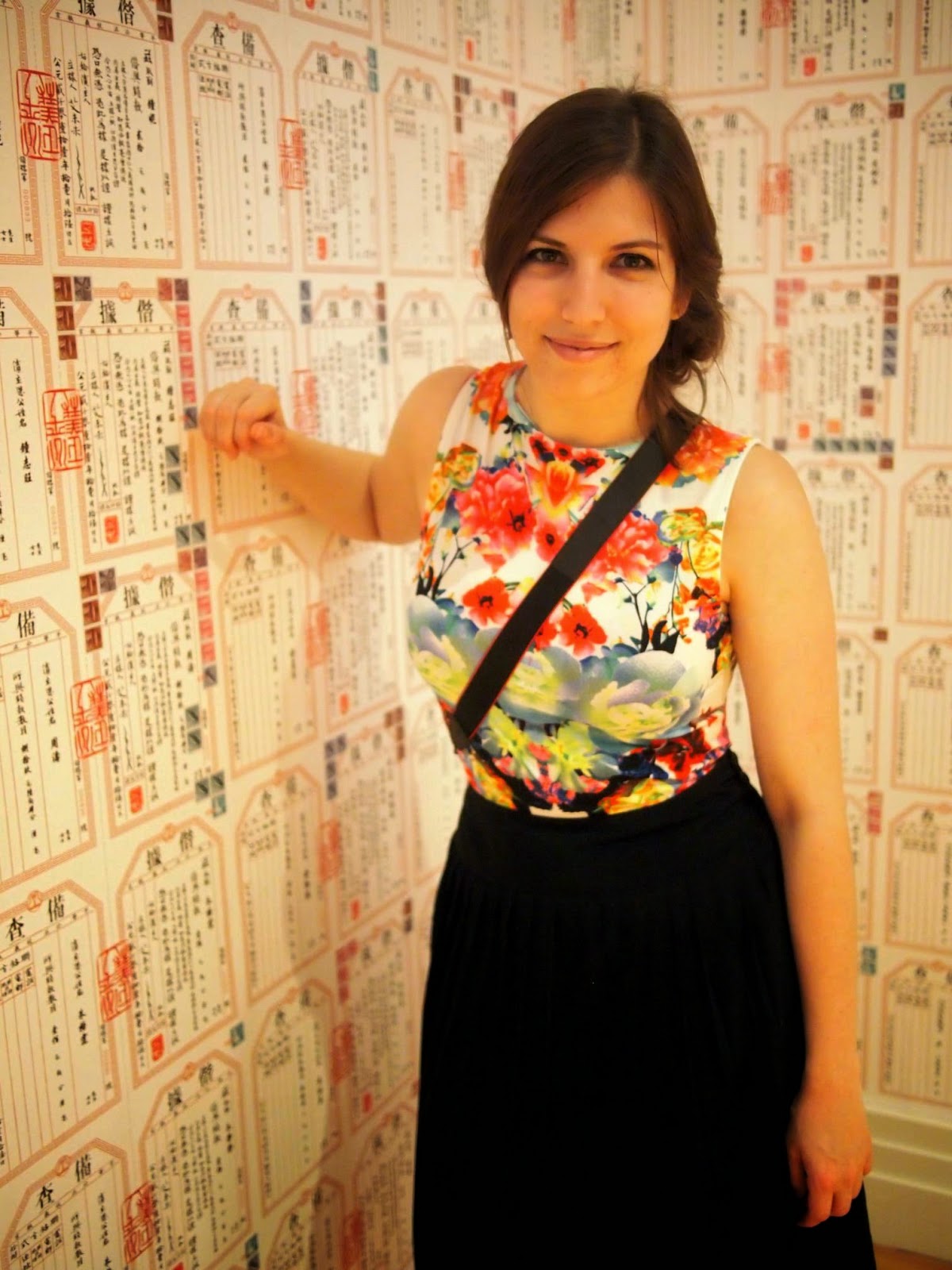 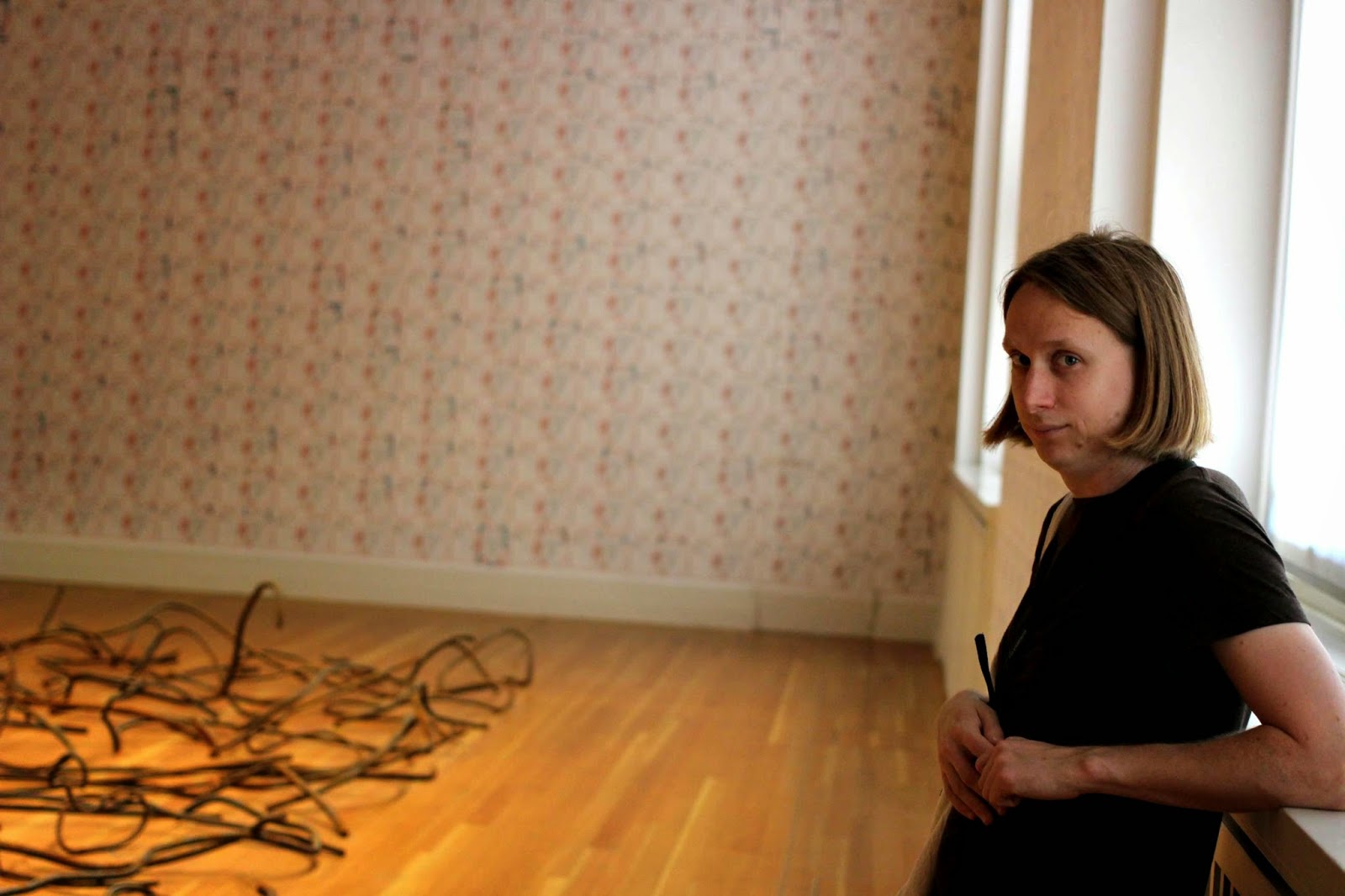 These ones once again from the collapsed schools (if I remember correctly). 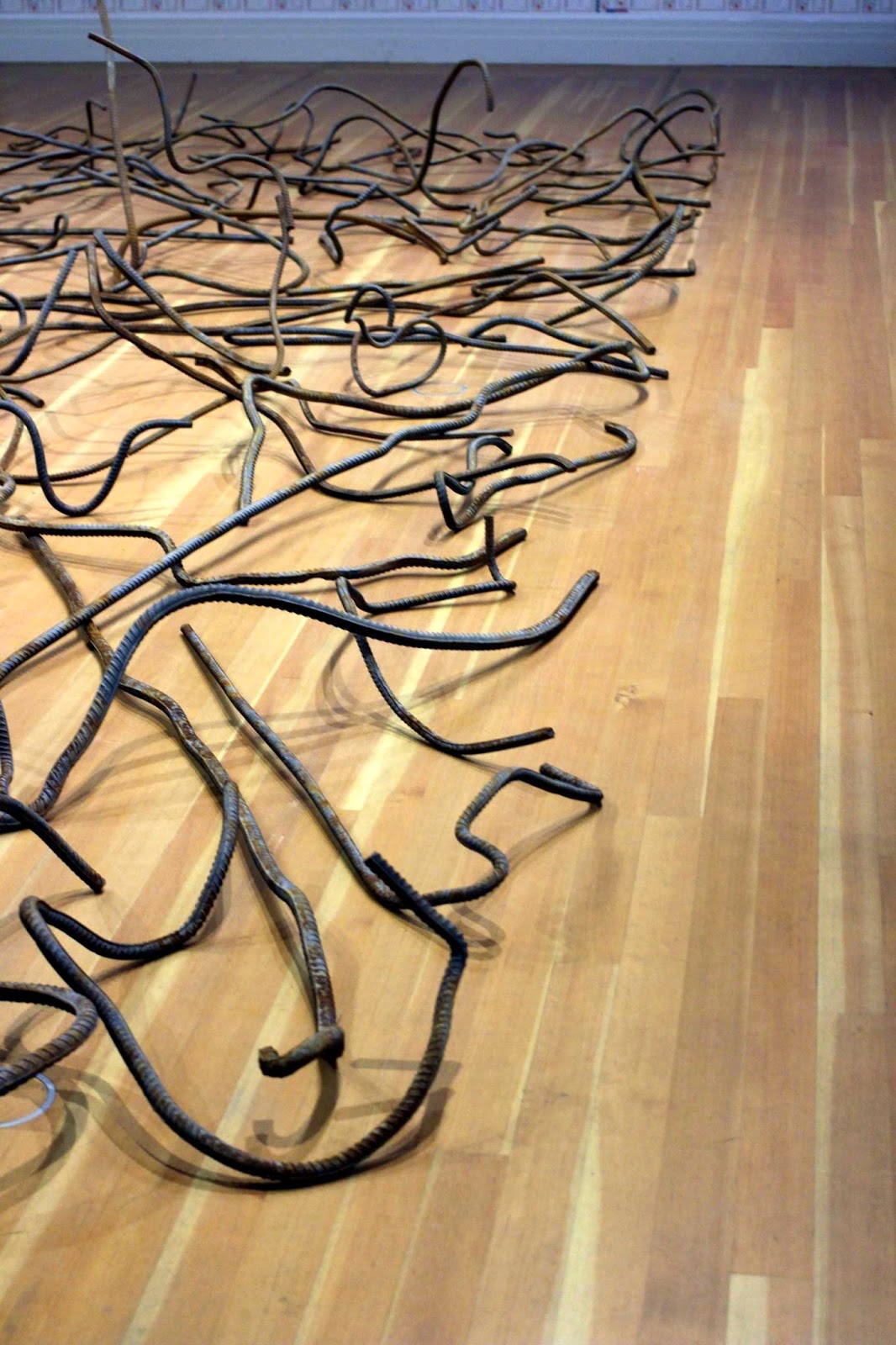 These pretty guys are made from porcelain- and were probably my favourite thing about the exhibition. They are river crabs, or He Xie in Chinese, words that make a mockery of the government word ‘Hexie’ (harmonious), a word that has strong connotations of ‘conformity’ to those against the government. 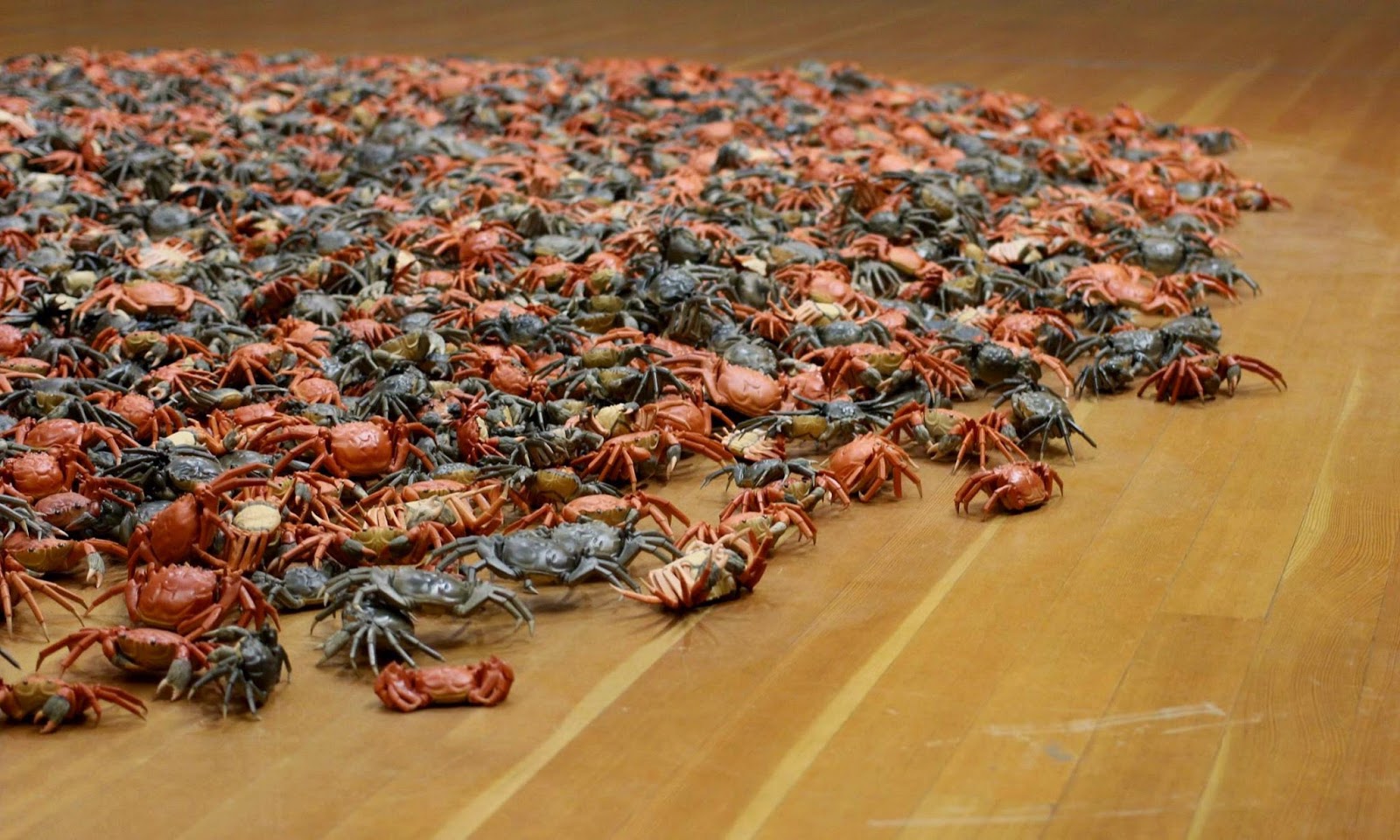 Not particularly subtle (Ai repeatedly held ‘river crab’ parties at his house), but at least somewhat clever. Plus, who doesn’t enjoy a word play that involves crabs? 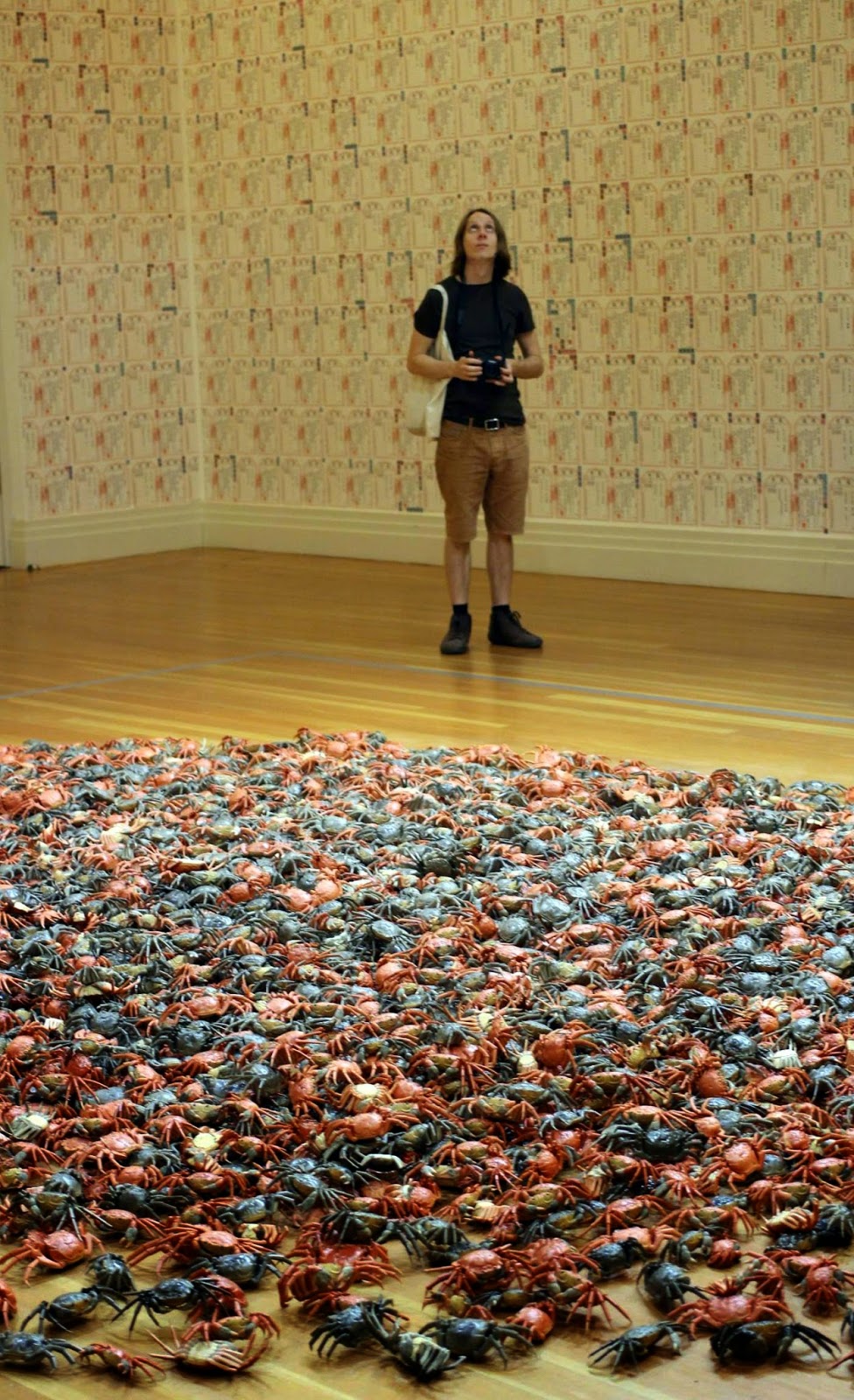 Veering rapidly back into the more literal we stumble into ’81 days’, an exact replica of the prison cell that the government kept Ai in for- you guessed it, 81 days. 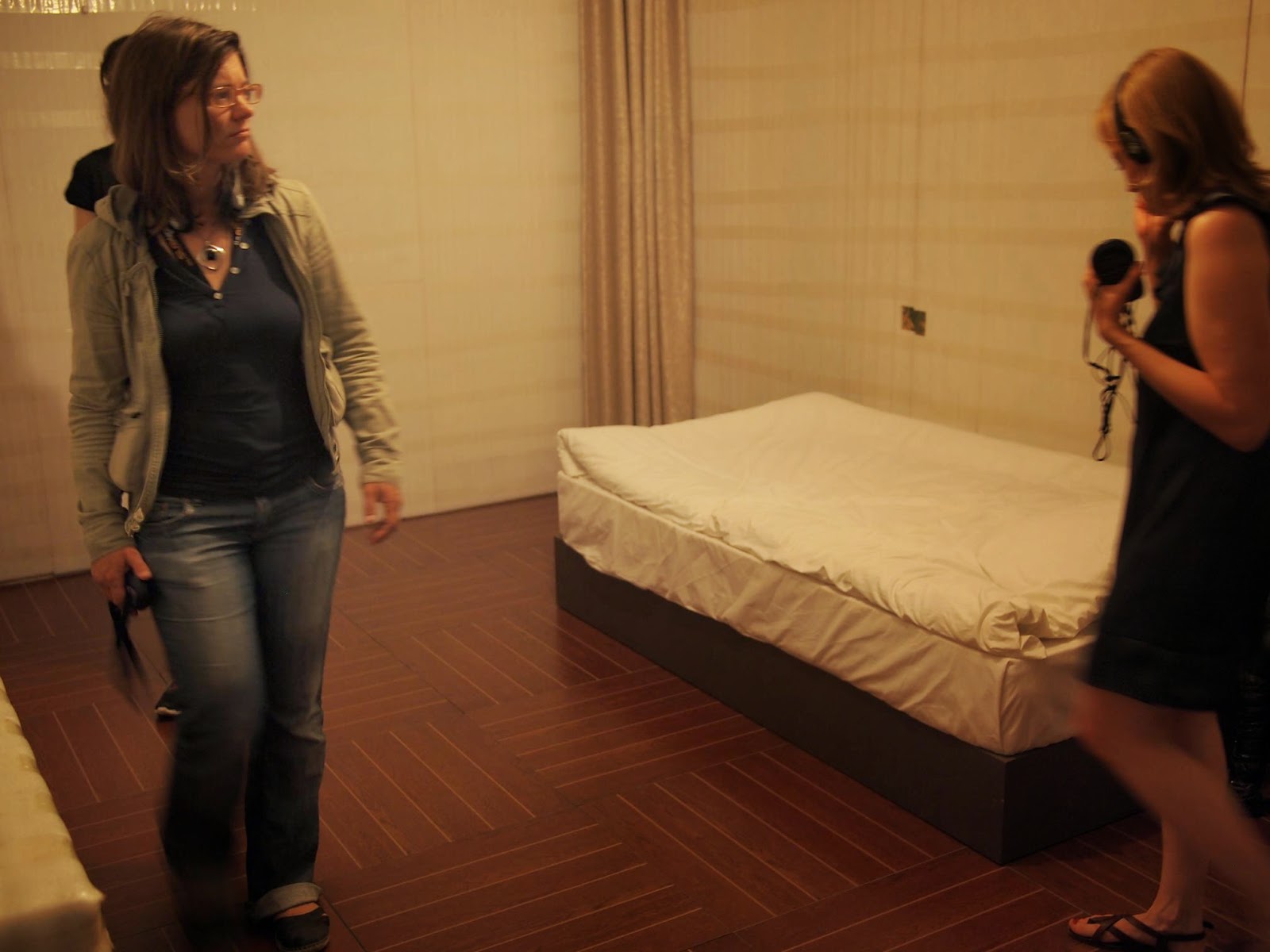 And frankly, it looks horrible. 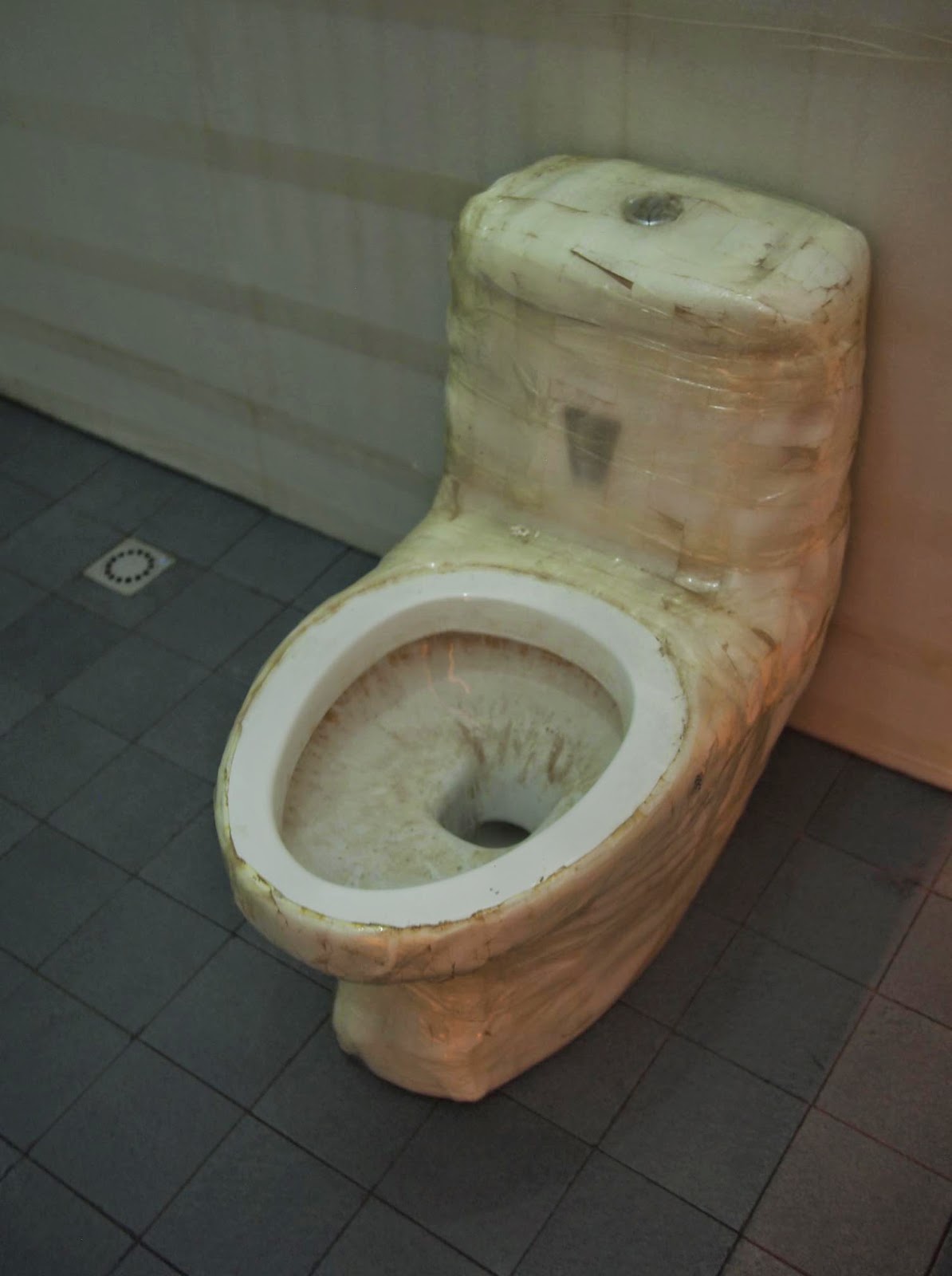 Elevated to the status of ‘art’ by the fact that the box contained real, live, cameras.

I see me an Andy! 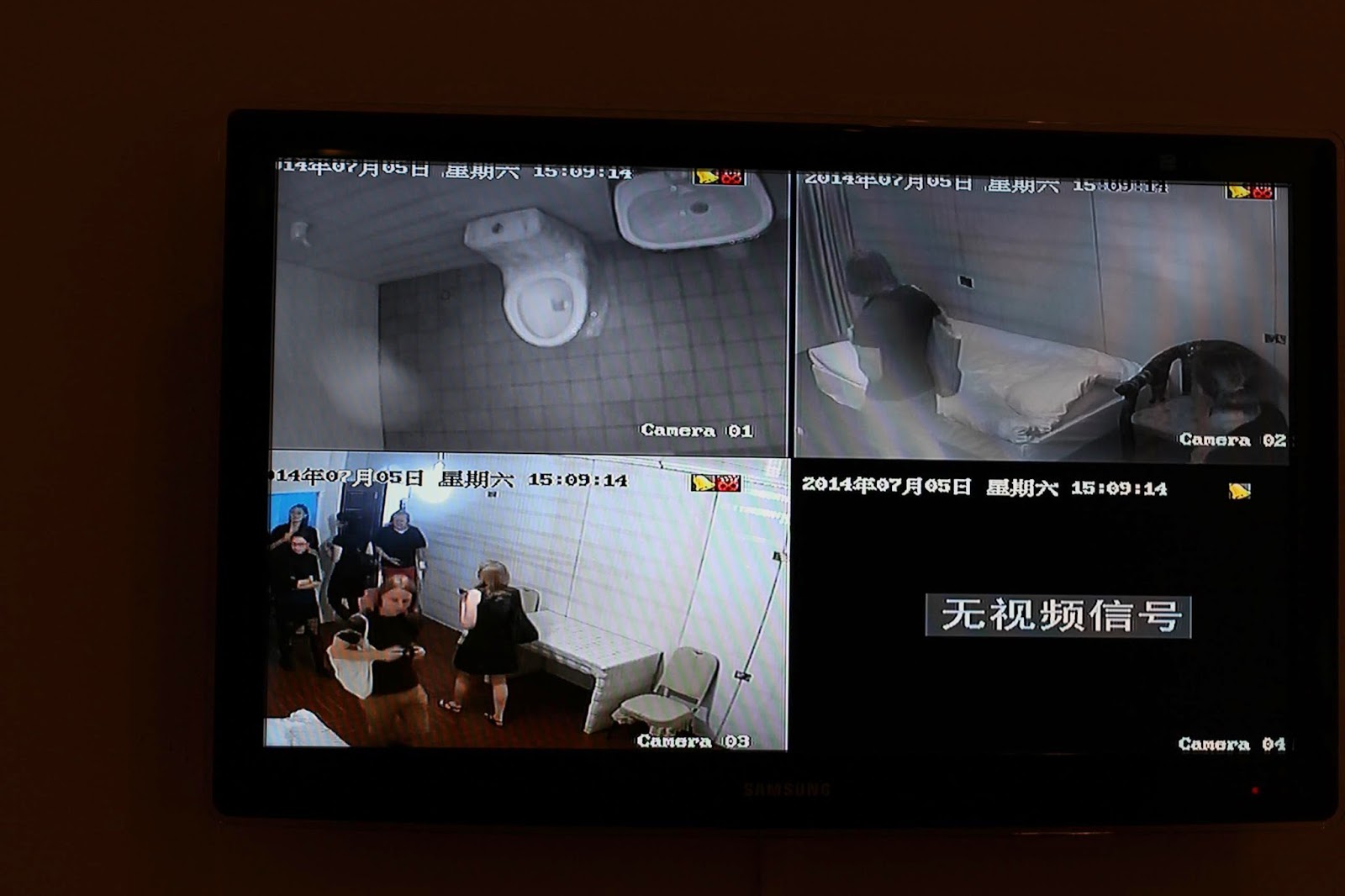 This, again in the theme of making precious thinks from ordinary objects, was also cool.
Can you tell what it is? 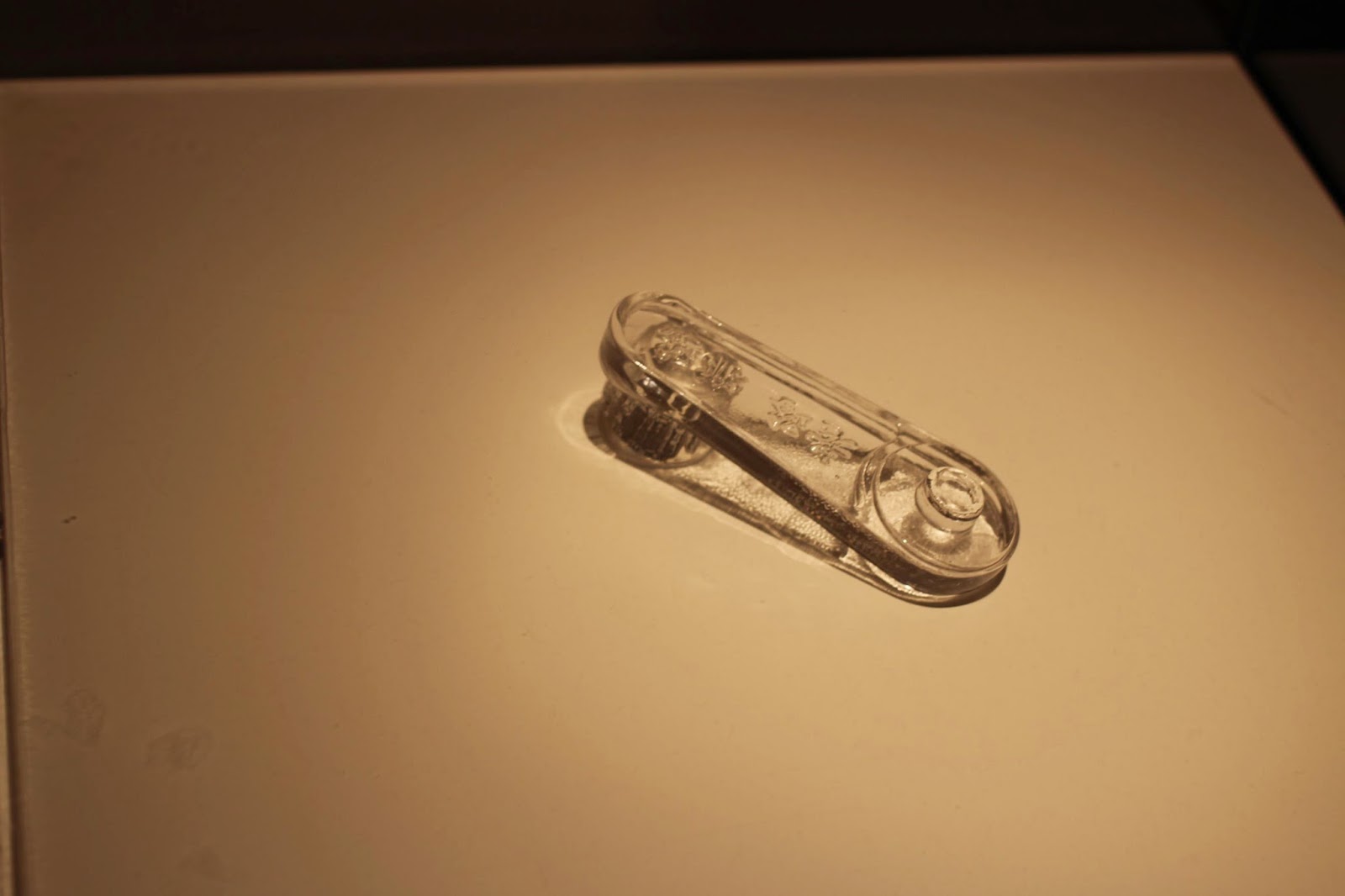 The window crank of a taxi cab, symbolising (although I’m not sure it’s a symbol when it’s so literal), the removal of the cranks in taxis in china, meant to prevent riders from throwing their propaganda/call-to-arms from the windows.

And, in case the rest of the exhibition wasn’t enough of a giant ‘stuff you’ to the world… 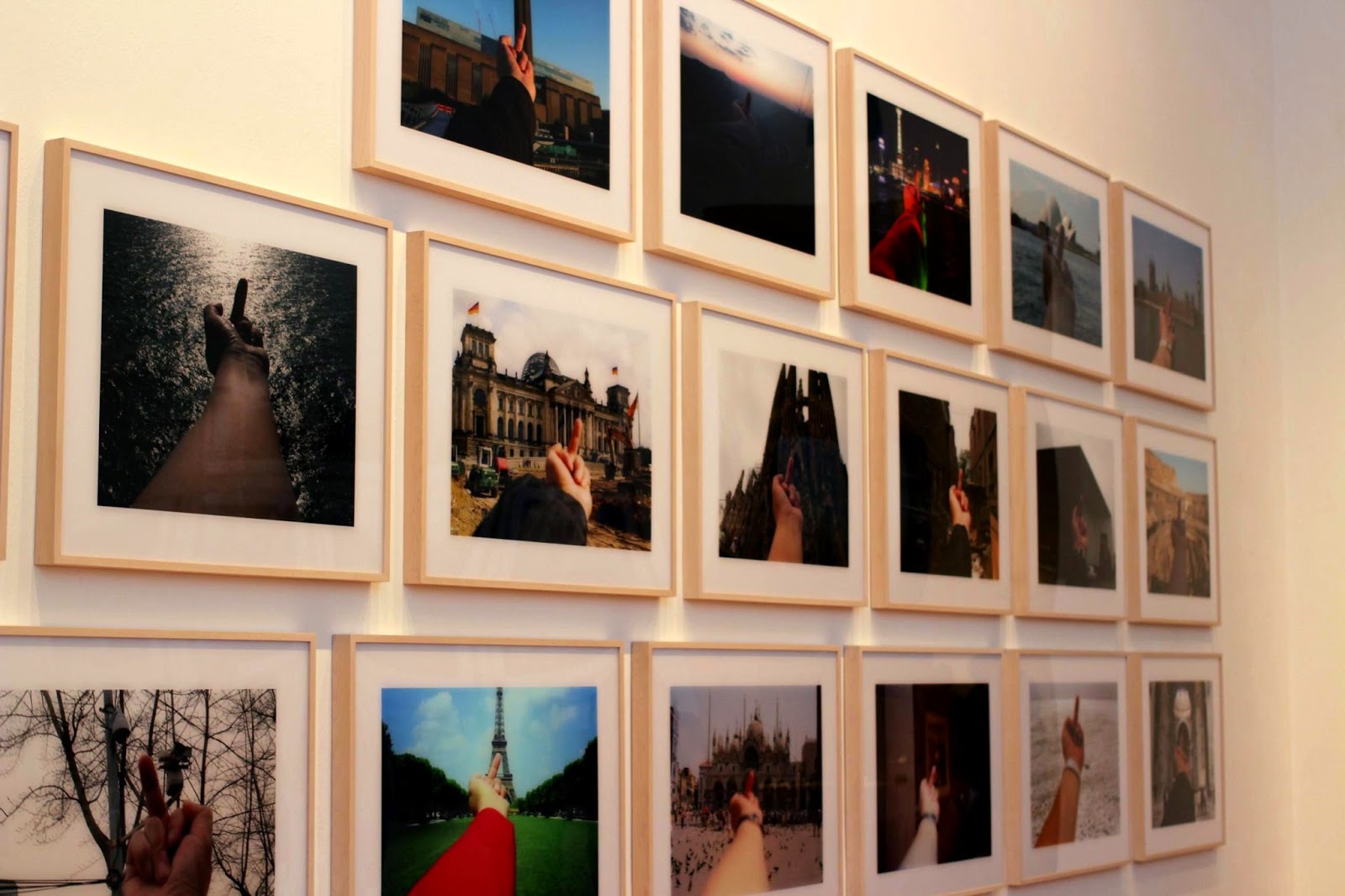 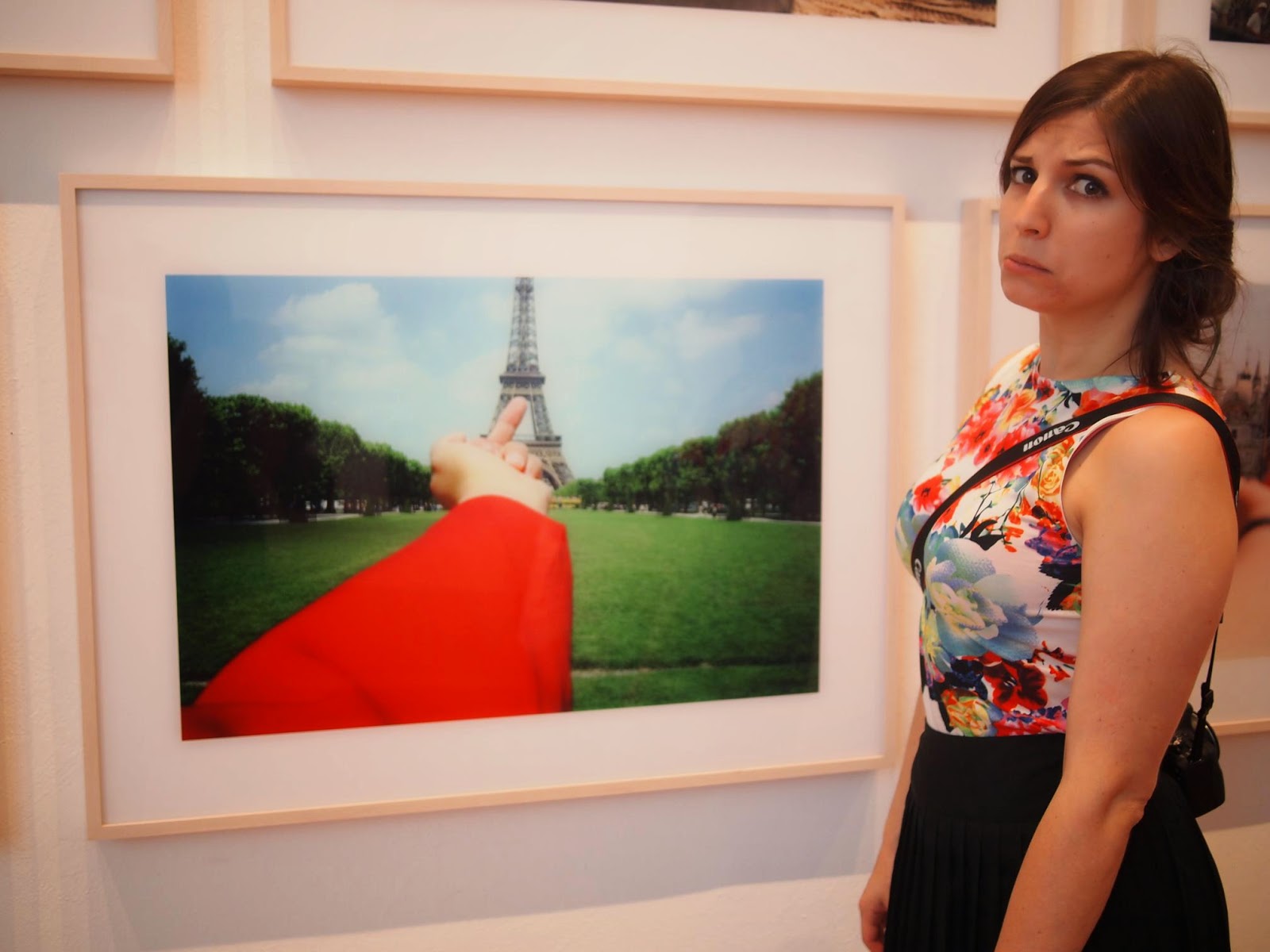 Andy went Meta on the Art! 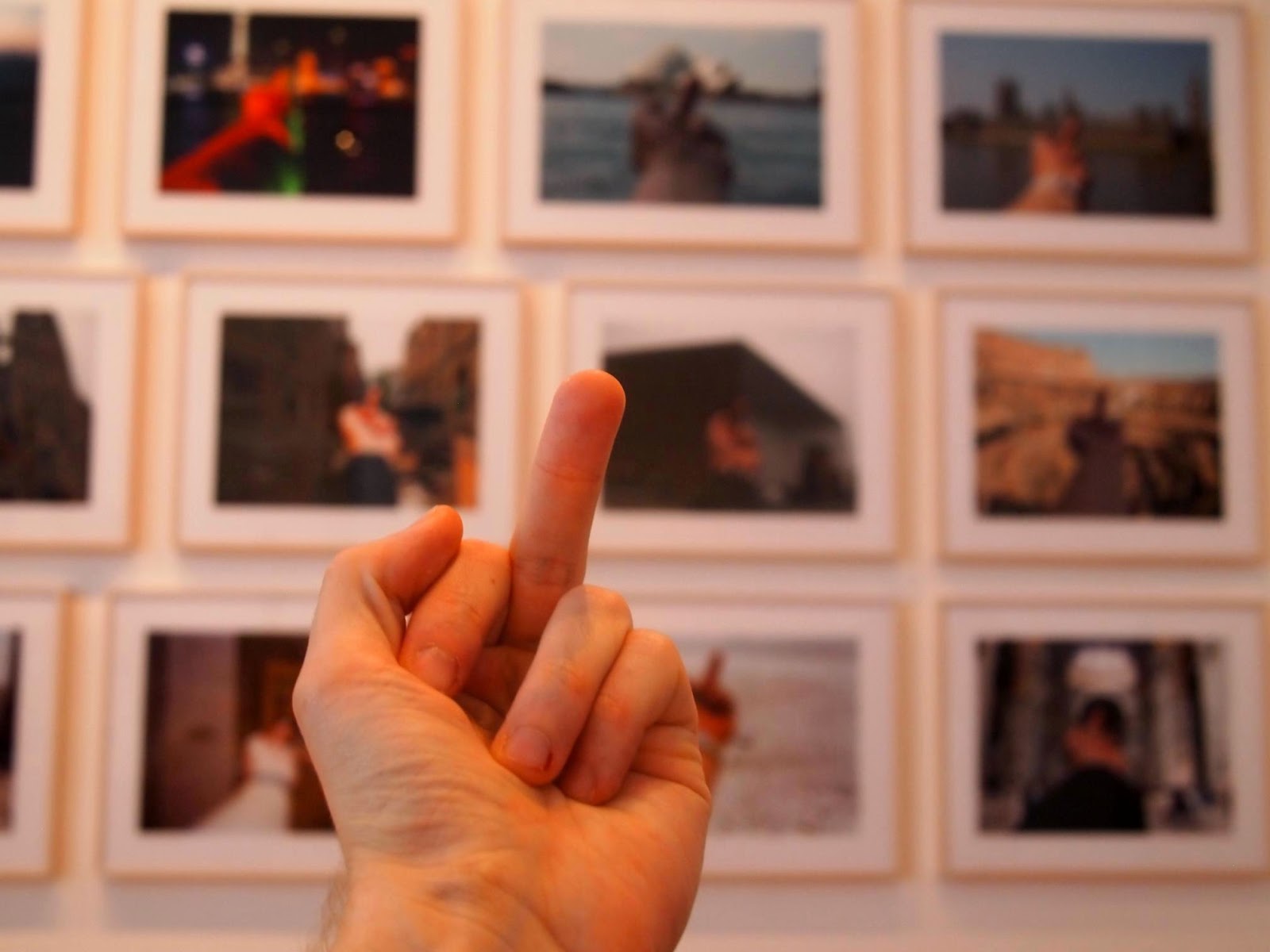 In the end, I’m not sure how I feel about the exhibition, and even more unsure of my feelings towards Ai and his actions.

I understand the need in this situation for political commentary, and support the work of artists within this role.

Would I would have appreciated the work more if it were more subtle? Probably- but I can understand that the act of of breaking free from censorship cannot bear subtly.

In many cases, Ai’s actions seem to run past mere statement into ‘provocation’ (the mud crab parties, for example. So he’s playing a dangerous game- deliberately taunting the government, which is- if his own movement is anything to go by- not the sort of body you want to toy with. Perhaps he is a hero and a martyr in the cause of justice. 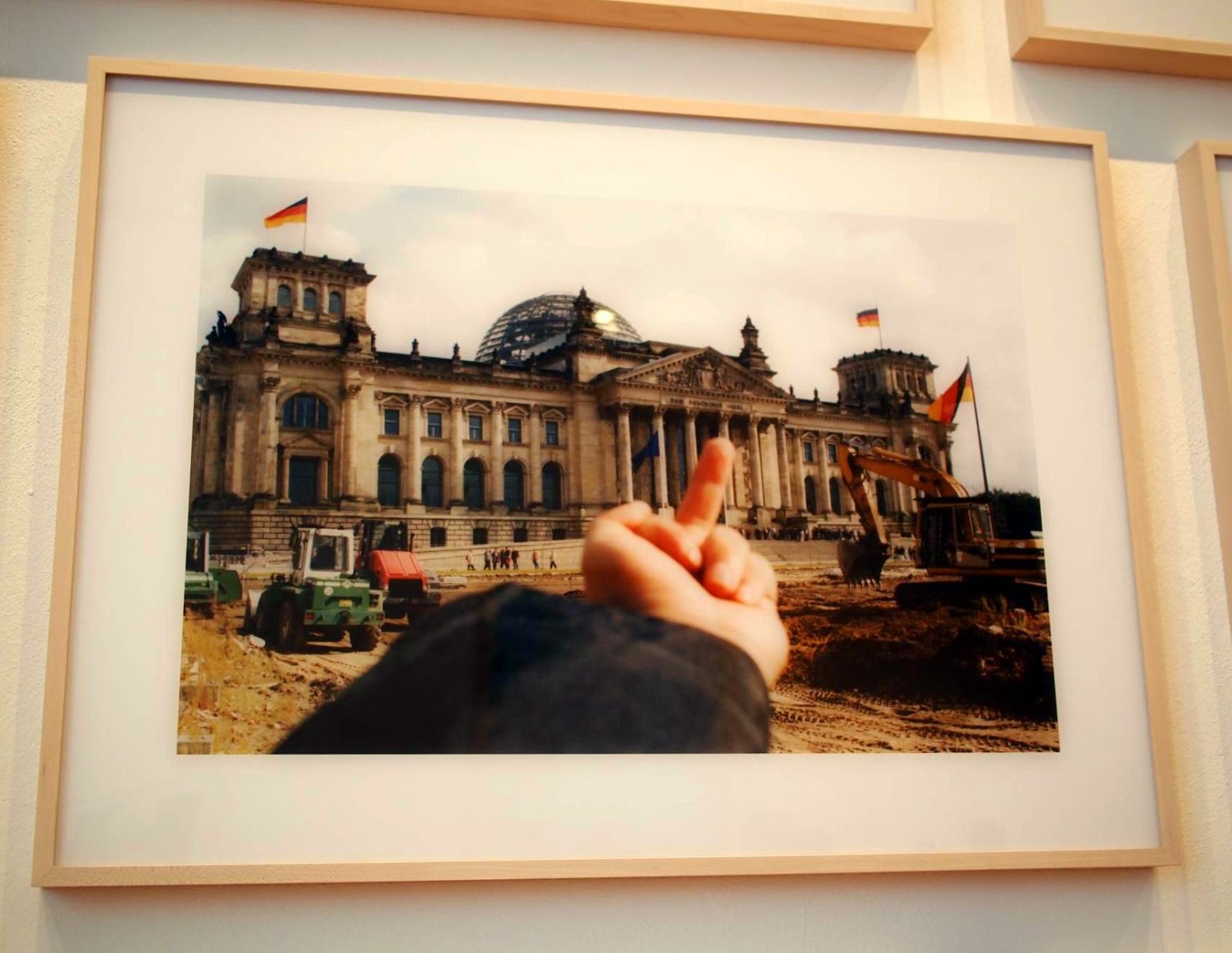 Somehow to me, however, the exhibition had this occasional childish undertone of smugness and entitlement- and even though I believe that the danger is real, I had the feeling of a little boy goading a large dog, perhaps with some knowledge that his mother (his fame? the international community?) would provide a level of safety.

Or even the feeling that there was too much of it that was self serving- that all the actions were deliberately provocative, but with an ultimate aim of making cold hard cash?

Man goads government.
Government locks up man.
Man makes otherwise meaningless image of cell and parades it in front of the world.
Man makes money and promotes image of self as a ‘rebel’.

I really hope that this is only me being cynical. Or maybe it’s just that I didn’t like the art itself that much (although in any case the fact that it provoked so much thought in me suggests that it is at least by some measures ‘good’).

My friend posted a video about Ai’s sunflower seeds that I watched a long time ago- first with only mild curiousity, and then completely engrossed.

So maybe it’s time for me to find out more about the man behind the art. 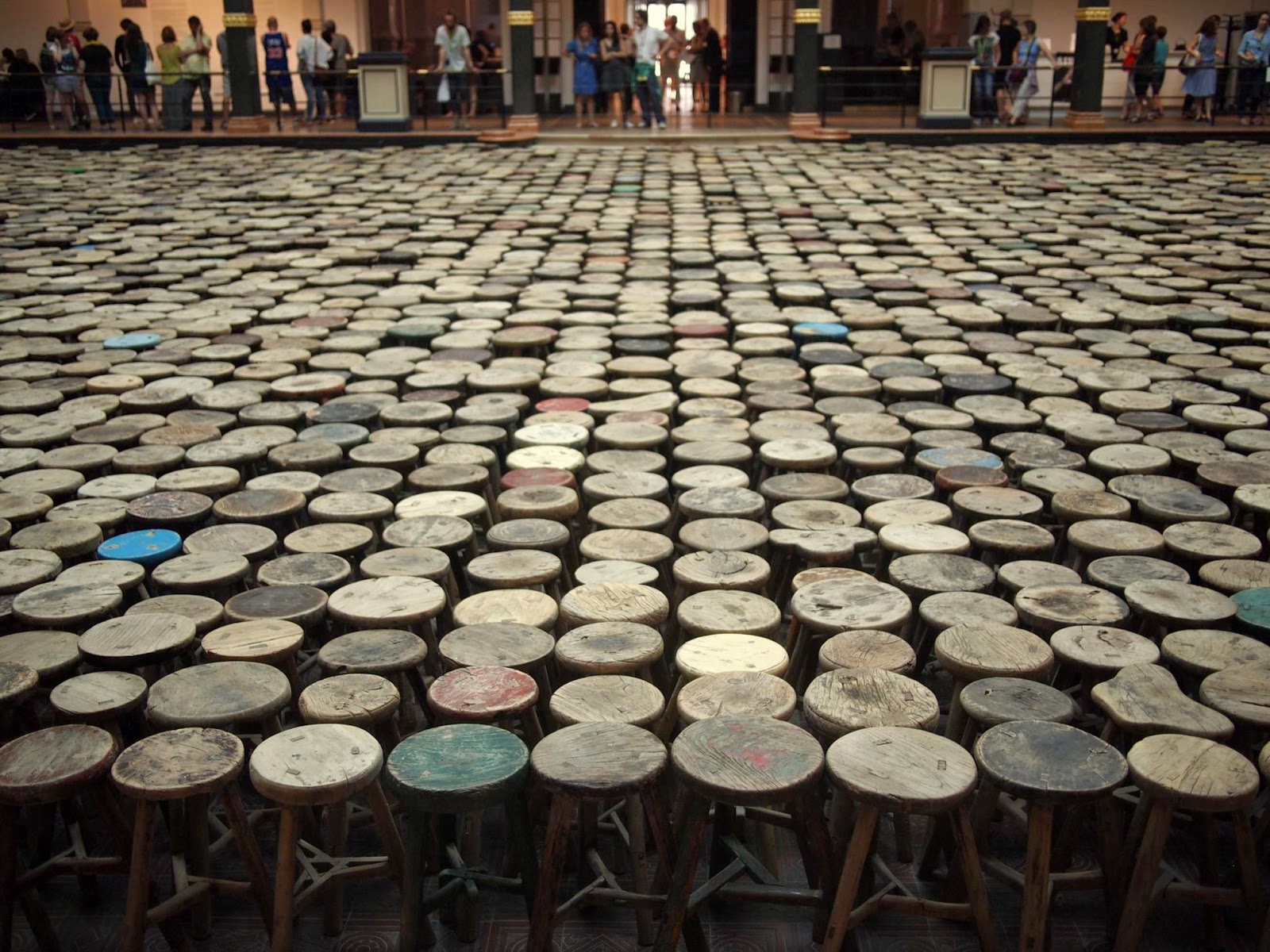 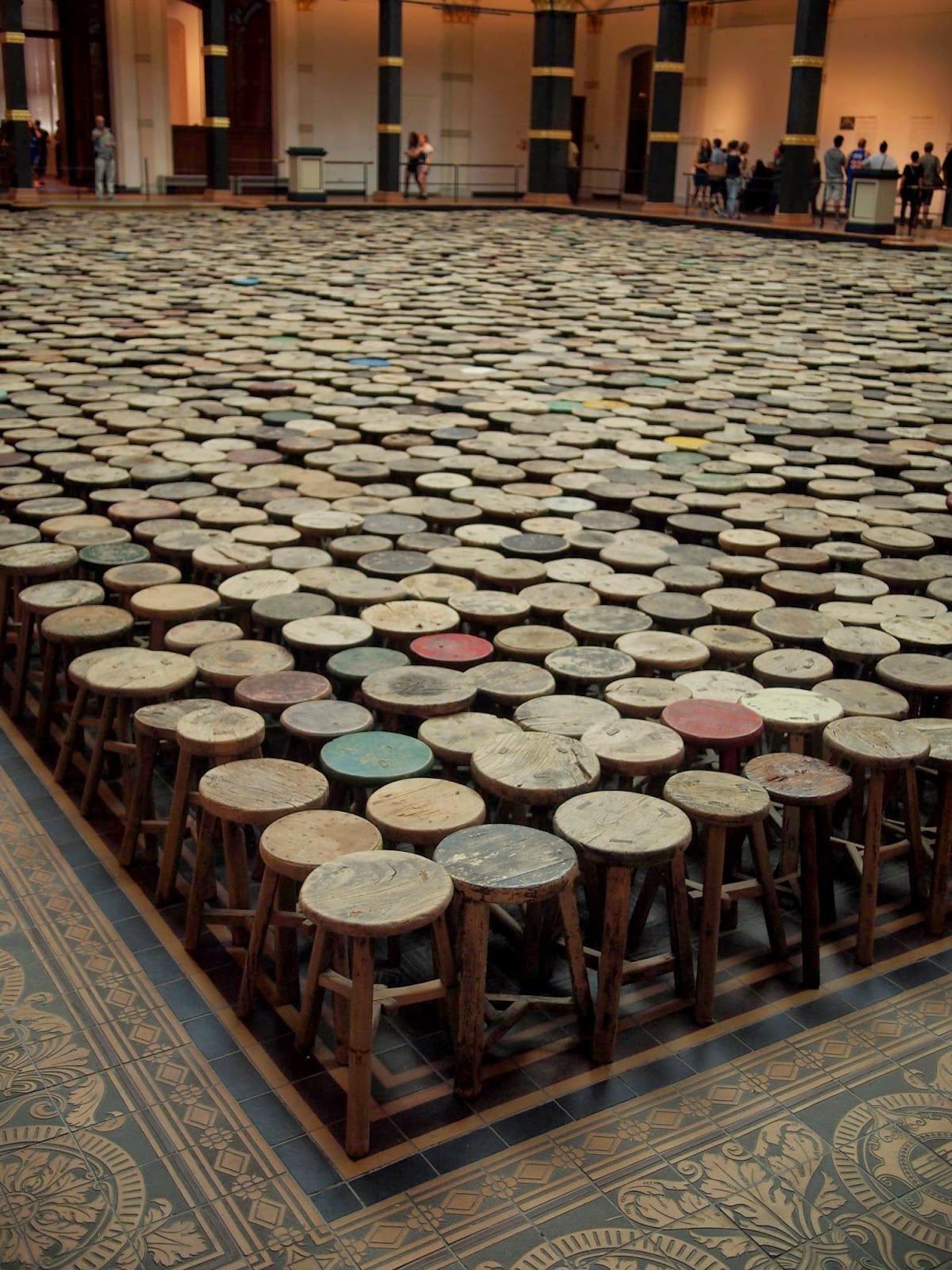