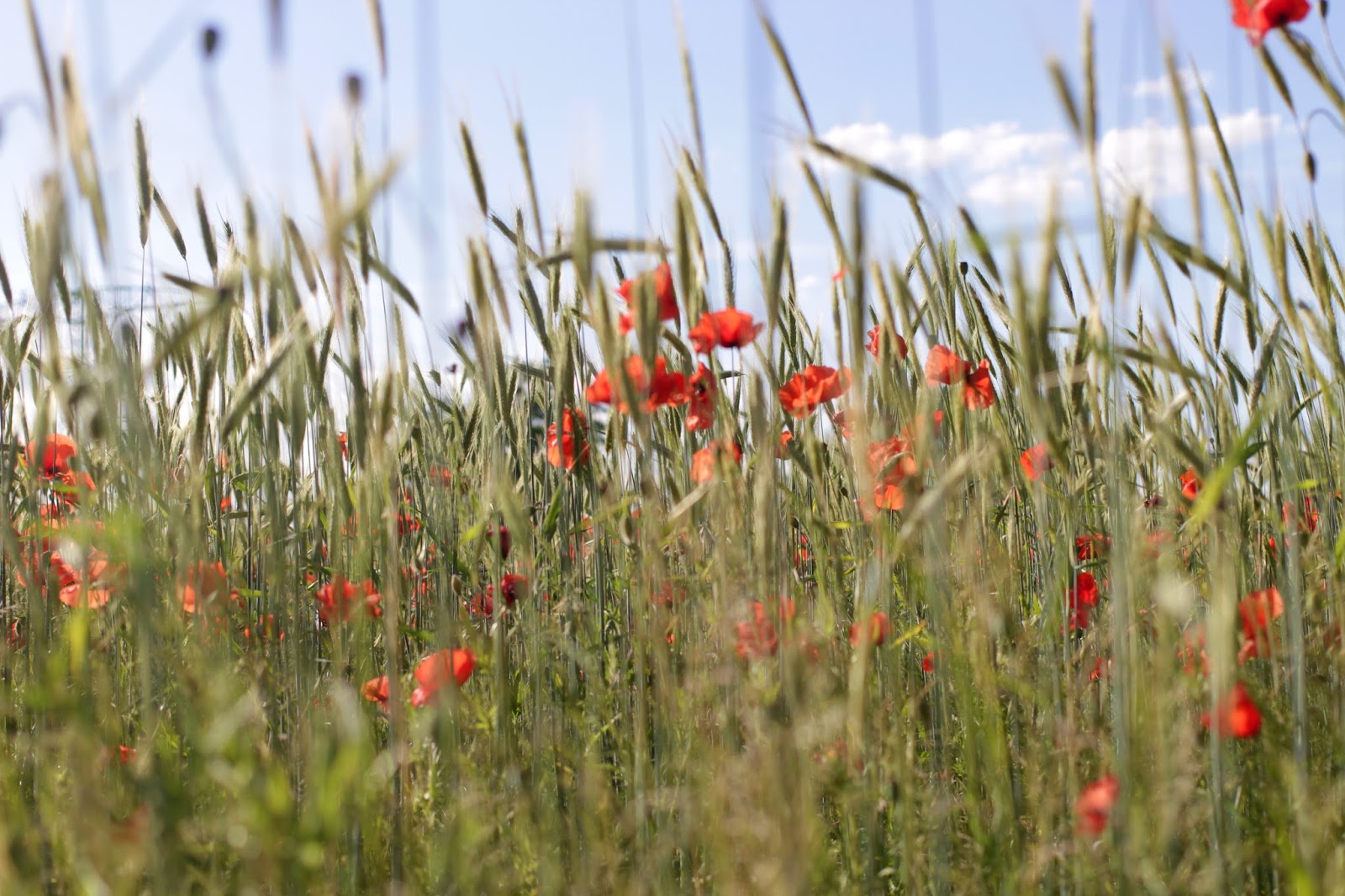 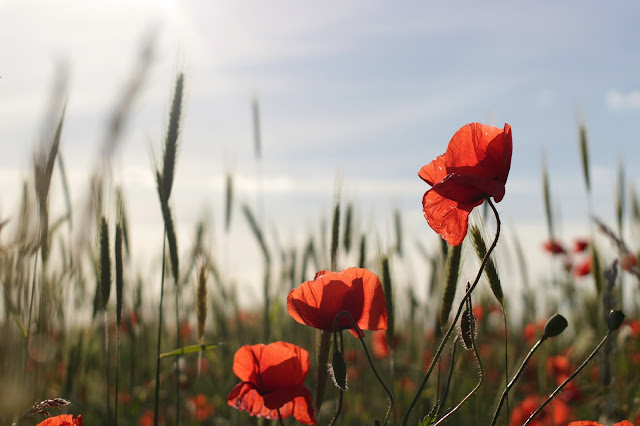 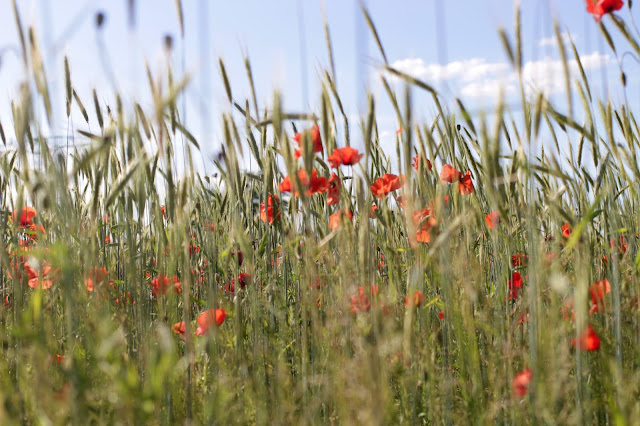 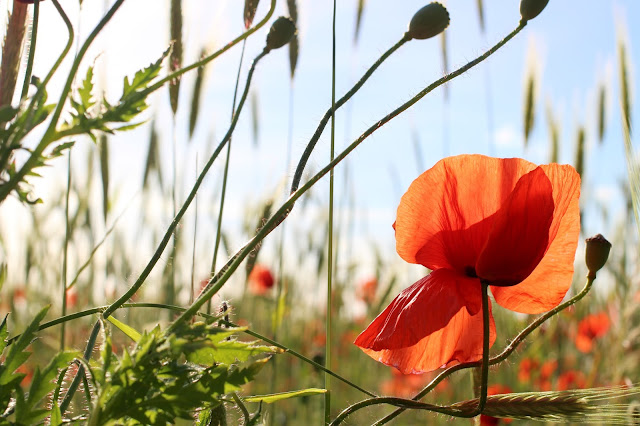 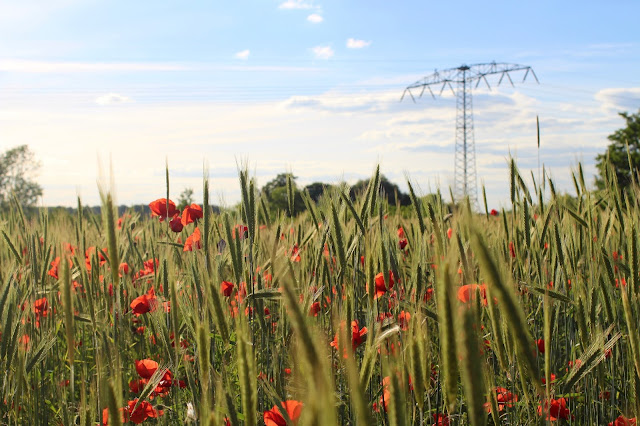 Although, over the weekend we had a (Europe-wide) heat wave. Who even knew it could get up to 37 or 38 degrees in Berlin? And of course, so far from the coast, it was wicked humid- so much so that on both Saturday and Sunday we built up to a thunderstorm- which at least made for nice sleeping weather! 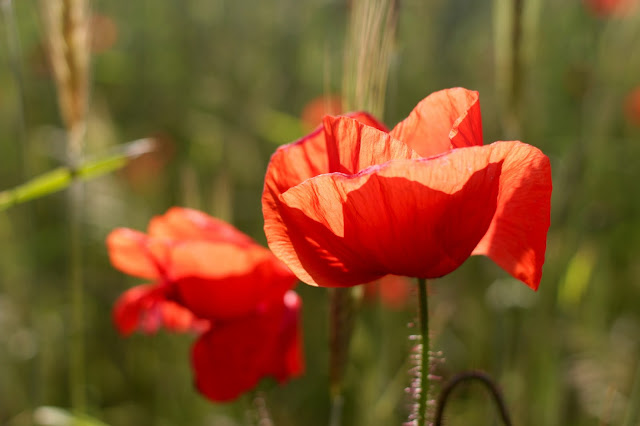 You probably still want to see photos of them gently swaying in the wind/wheat though right? 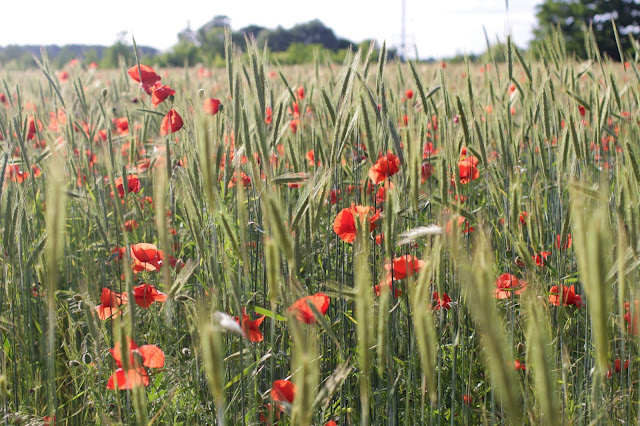 These fellows are right next door to my work- for those of you who don’t know, we’re situated pretty much in the middle of farmland (although there is a very small, rather old village as the centre of our suburb).

It makes for some nice cow-gazing! 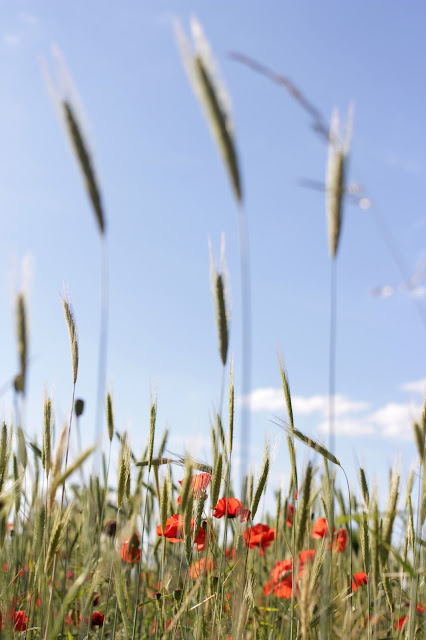 Ok, so there aren’t anny cows in these photos, just in case you’re straining your eyes. 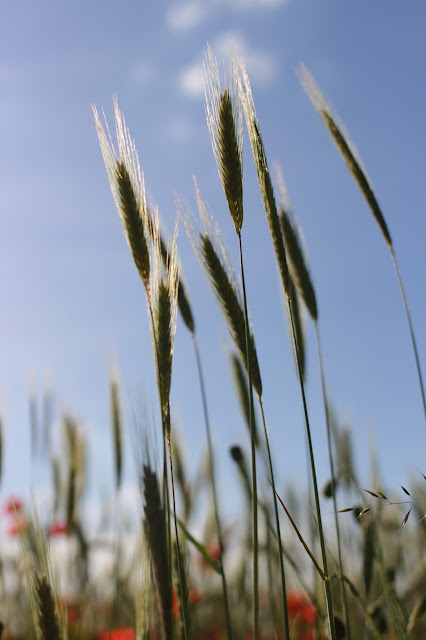 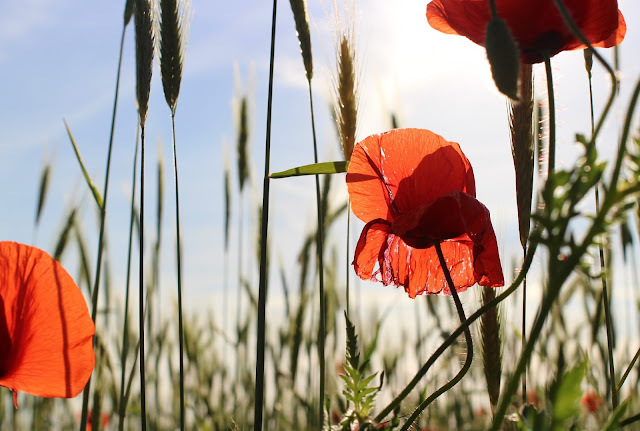 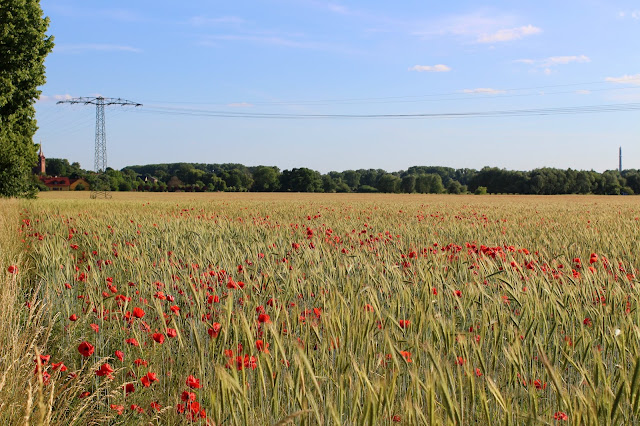 And here, the institute itself!
I’m working in the lab that you can kind of see in the very bottom left window. 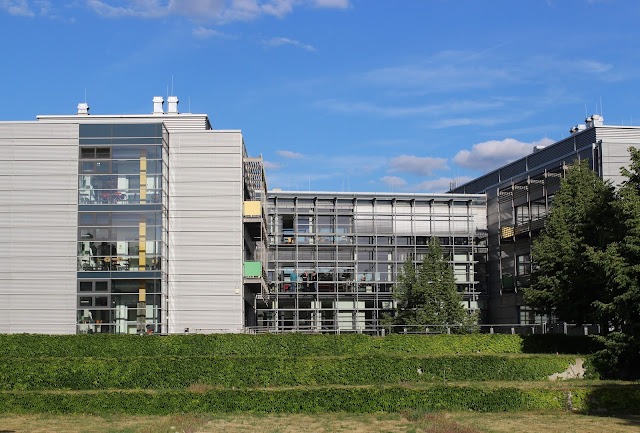 This photo was taken while not standing on Institute ground, as we are technically not allowed to put anything up on the internet that is taken at the Institute.

Or at institute organised functions (retreats).

Which is silly, and I’m not sure they have a legal leg to stand on (although photo laws are weird here- street photography is pretty much impossible)..
…and this photo is possibly still a problem….

So pretend you just saw Poppies! 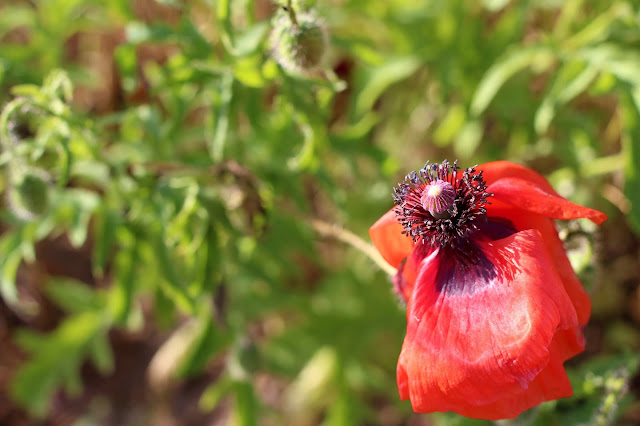 These, are our magnificent greenhouses- which are currently freaking out in the Over-Hot Summer. 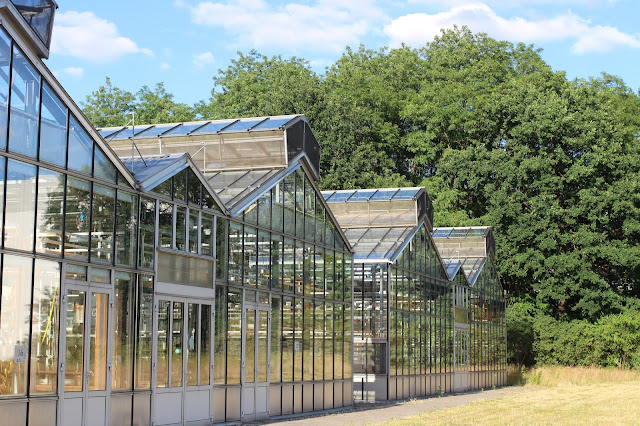 They still look pretty darn majestic despite their problems though. 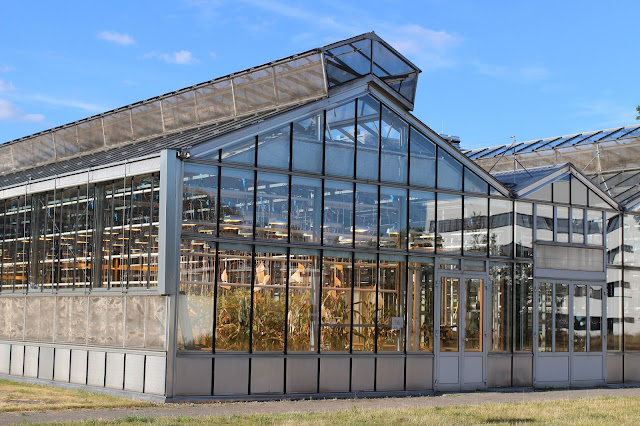 And my favourite little pond, which we now try to walk by most mornings.

Inhabited not just by literally tens of ducklings, but also hundreds to thousands of frogs. Who, whenever the sun shines, form a massive frog-orgy chorus. 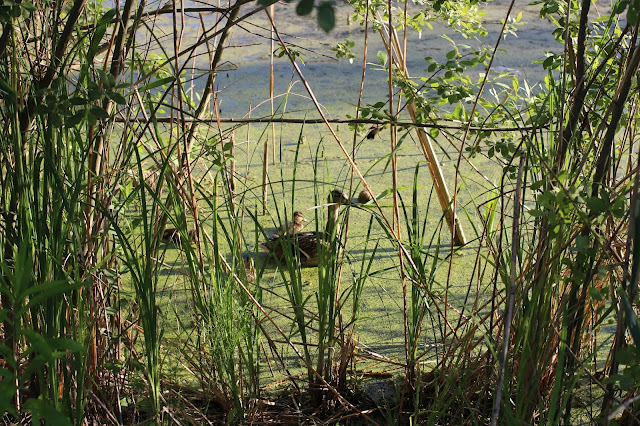 And this, I’m pretty sure, is a potato.

Because, after all, we are in Germany. 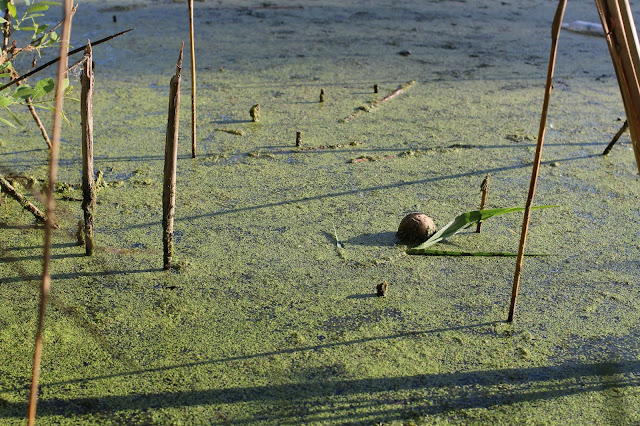 Finally, the feild near our institute normally has a crazy yearly cycle of seasonal wild grasses and flowers, but this year, they mowed it all down, tilled the earth, and put in lupins. 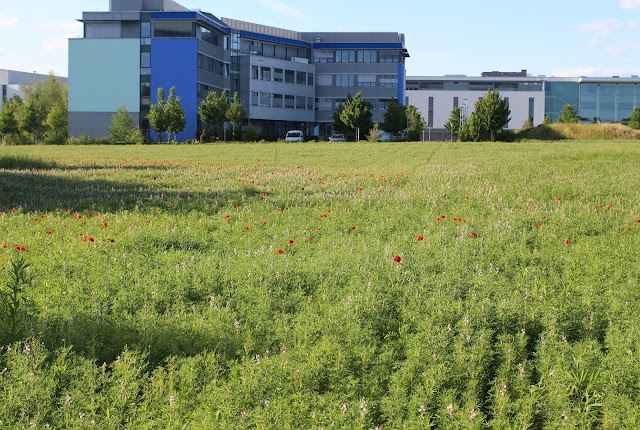 Of course, those sneaky poppies still made it through. 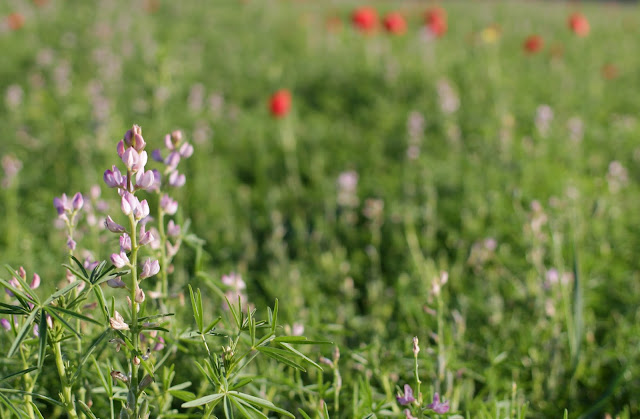 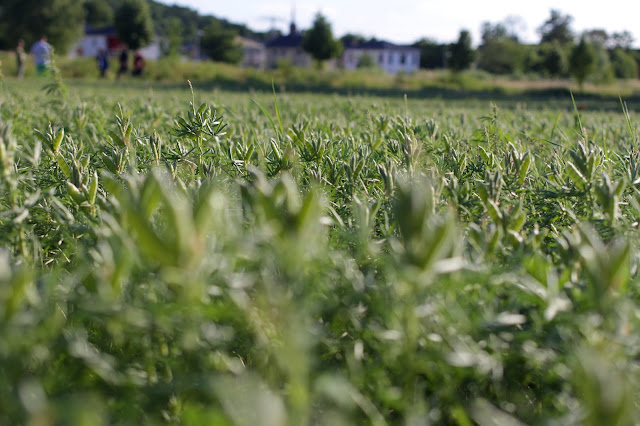 So there it is, another of my odes to the magical world of changing seasons that is Europe. 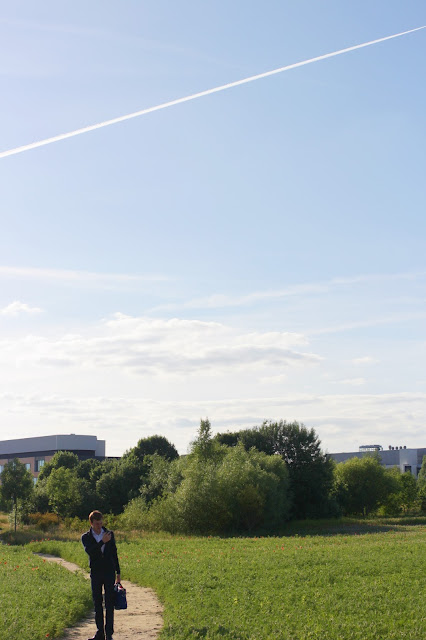 Good greif I’m going to miss that yearly cycle when we leave!