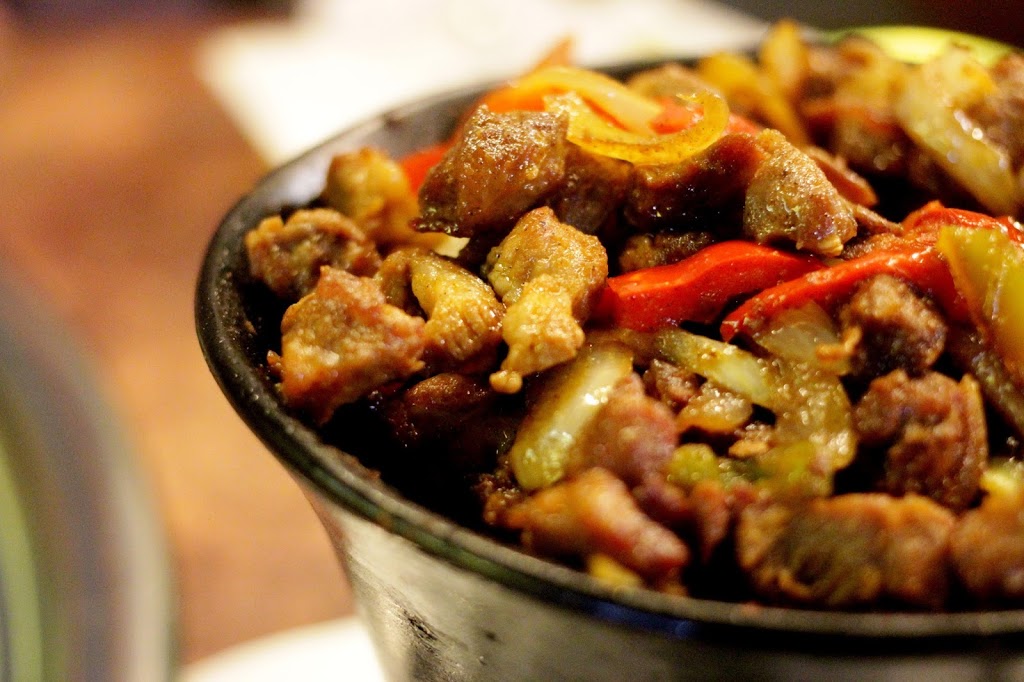 I’ve had these photos floating around in an unpublished post for some time now. 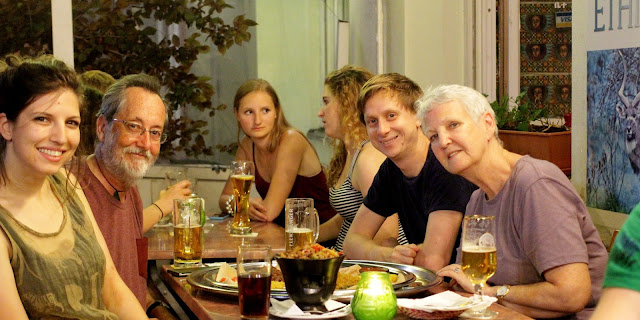 You can probably tell from my messy hair and the light sheen on everyone’s faces that they were taken during ‘That Berlin Heat-Wave’ of a month or so back.

They’ve been hanging around in purgatory because the quality of the photos themselves is lacking, and, to be honest, Ethiopian cuisine doesn’t seem to exactly sparkle for the camera. 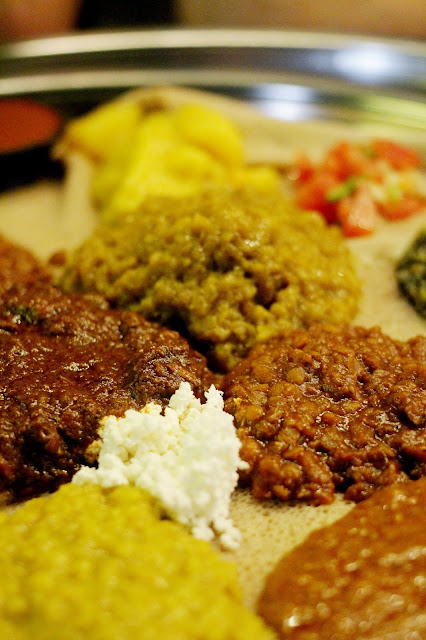 See? Aesthetically speaking, it’s a bit of a mess.

But I didn’t want to delete the shots, because, when it comes to food, aesthetics have to take second place to taste.

We visited Bejte Ethiopian, which is just around the corner of Noellendorfplatz U-bahn station, because it’s close to us, because we like using our guests as an excuse to try new food, and because none of us really had any idea what Ethiopian food would be like.

It started out well, in that the beer came out in a bowl. 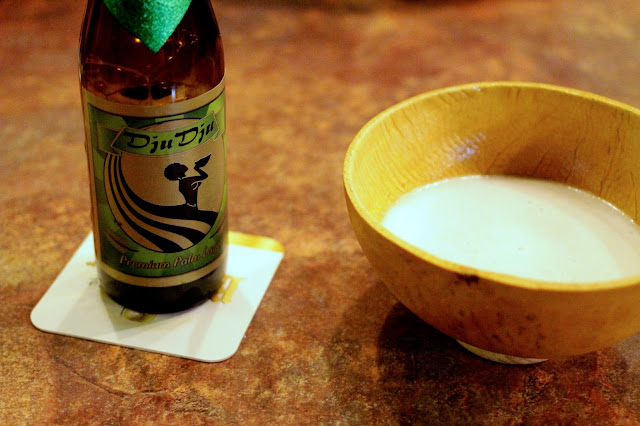 Which Andy seemed to be into. 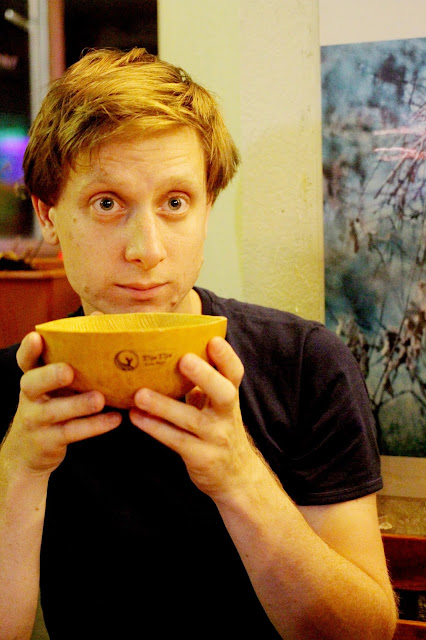 And then it got a whole lot better, when suddenly, a massive saucer descended upon the table.

My family is a lover of the ‘try it all, share with friends’ way of eating, so we had decided to go with a mixed platter, which was actually a mating of a two-person vegetarian tasting plate, with a two-person meaty delight plate.

It was… quite large. 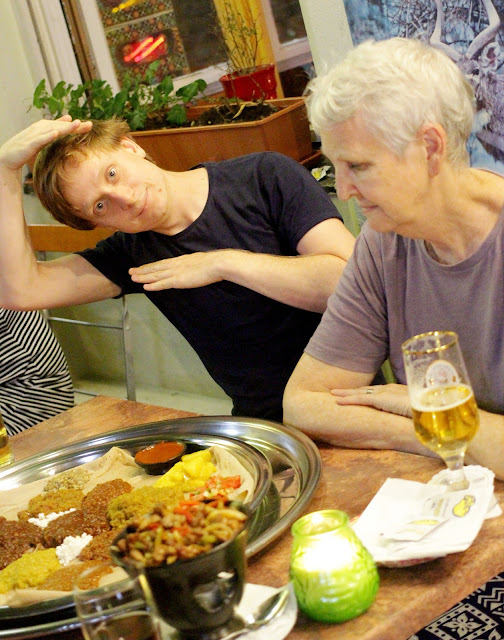 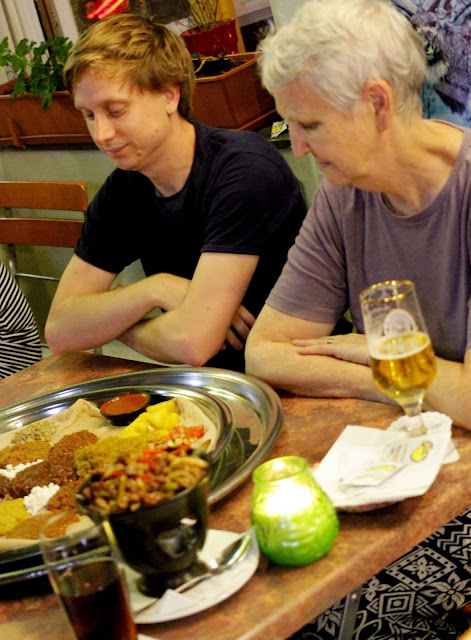 As you can hopefully see from the photos, we ended up with 15 or so small curry- or stew-like mixtures, all sitting on a slightly lemon-y crepe.

It’s the kind of system where you use the crepe- like base  to pick up different morsels of saucy meaty (or saucy vegetably, or cheesy!) goodness. 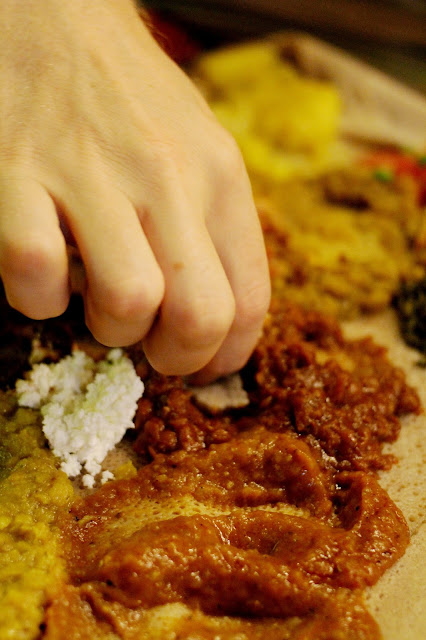 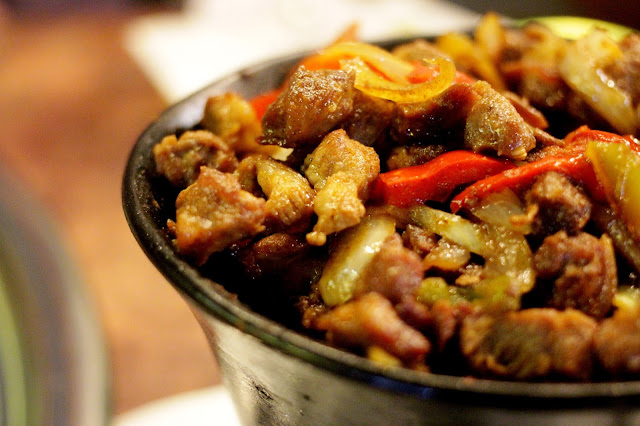 Mix and match, smack lips, grin, repeat, until your stomach is stuffed, and the plate is (mostly) empty. 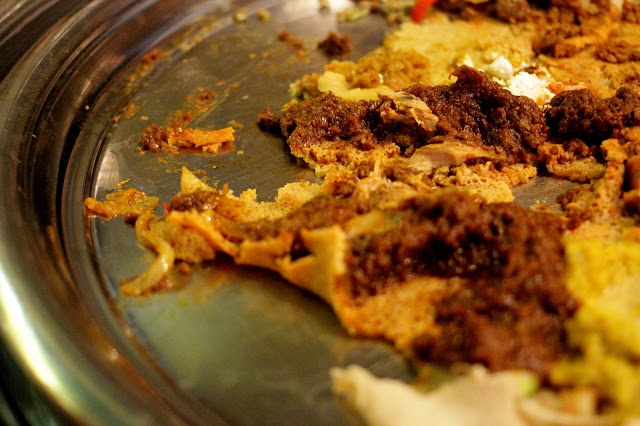 I have to admit that we didn’t make it entirely though the whole lot.

Not for want of trying.

But even if we had, I suspect it is impossible to leave this place without a healthy level of satisfaction: the owners kept on reassuring us that they were more than happy to bring us a top up if our tummies so desired. 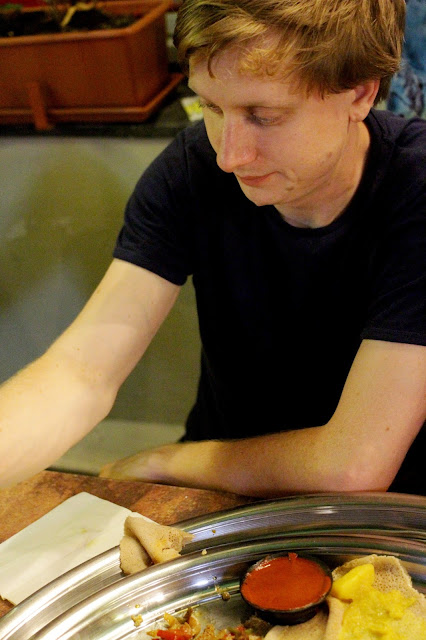 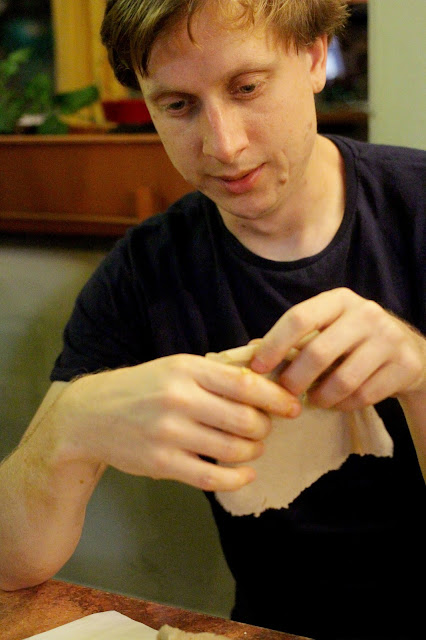 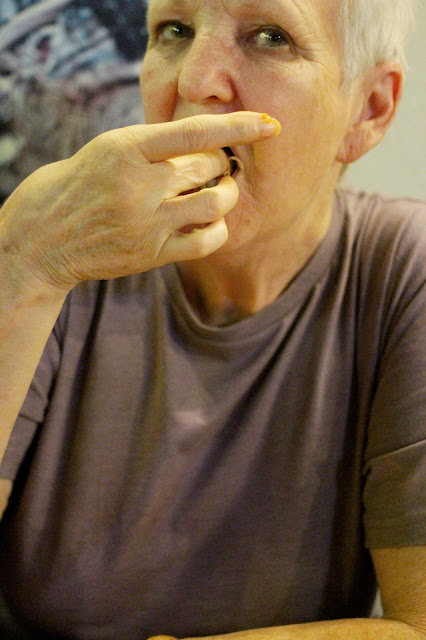 To be honest, I’m still not sure how to describe Ethiopian food, or define its place in the continuum of world flavours.

But if you head over to Bejte, I guess it’s going to be pretty good! 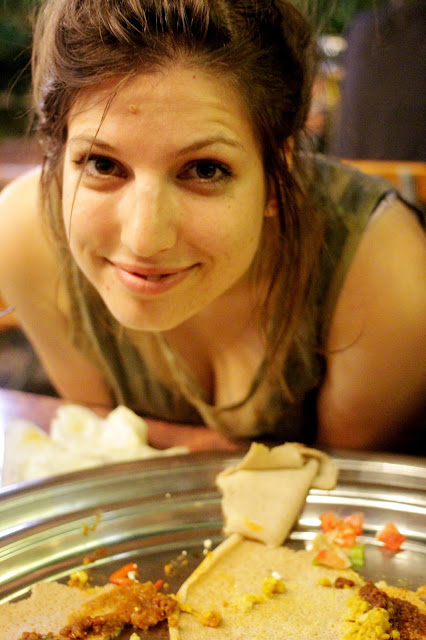 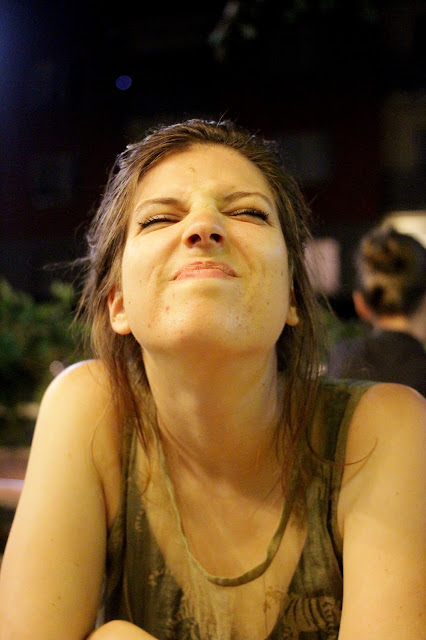