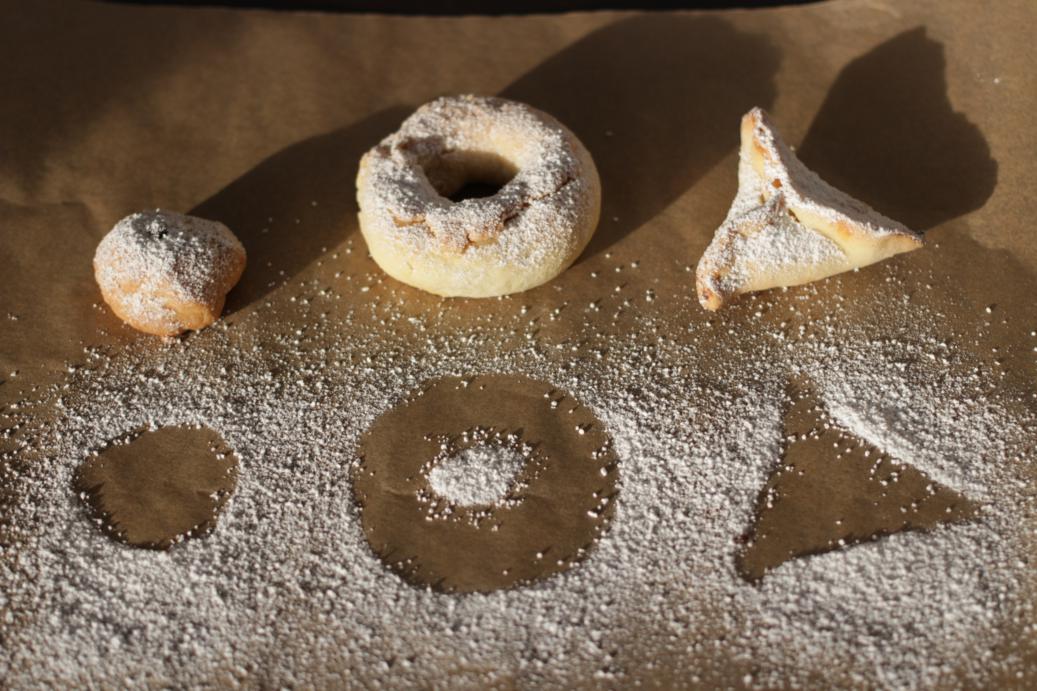 I’m pretty excited that this year I finally managed to get together the ingredients and equipment to make my family’s traditional Christmas cookies. As a kid, every Easter and Christmas, my cousins, sister, and I would hugely look forward to the tin full of traditional sweets gifted to our families from my Granddad.

There was always a massive scramble for the favourites. My two cousins were into the Cornetti, a triangular biscuit filled with apricot jam, while Ariel and I were all about the Kahk- a ring of shortcrust pasty wrapped around a tube of pulverised dates.

The third of the trio, Ghorraeba, a short bread with a clove ‘pin’, we were usually happy to leave for mum- at least until the other two ran out! When we got older, our Grandfather and his partner, Silvija, took us into their kitchen, and taught us how to make the magic happen.

Turns out there’s a lot of kneading involved, a lot of mess, and, which it came to our beloved Kahk, a lot of sweat-blood and tears. Granddad always claimed that the flour was different here than in Egypt, where he grew up, and that caused the trickiness with dough.

I always suspected that his mother deliberately wrote the recipe wrong, just to keep prying eyes away from the secret family recipe.

My sister and I tried the Kahk ourselves a couple of times, but didn’t actively pursue the tradition until our beloved Granmother-in-law Silvija passed away. Wanting to keep the tradition alive for our Grandad, and for the future generations, we waged war against the tricky biscuits.

The recipe requires massaging butter into minced dates, and then using the remainder of the butter to create the shortcrust dough. We modernised the mincing (hello foodprocessor!) and realised that perhaps our Great-grandma hadn’t been able to get quite as much butter into her dates as we could- which meant that we were massively under-buttering our dough! The weather seemed to make a great deal of difference, and we eventually figured that keeping the dough hot (hello mini-bursts of microwaving), made it much easier to work with.

And so we had it: tasty Kahk, fewer tears.

Granddad still complained (it was never quite like Silvija’s), but in fairness, spirited complaining was kind of his thing. My Granddad passed away in August last year. So now,  I’m bringing some of the traditions that he brought from Egypt to Australia, back up north, to Germany. After three years here, I managed to find the dates (thanks Internet Shopping), that weren’t the soft medjul kind from the Turkish store, and weren’t the weird bug-like scaly things in the German supermarkets.

I used my new Thermomix to reduce the dates to a paste, and then to make the pastry for the Kahk, Cornetti, and Ghorraeba. The Thermomix was a great help in this instance- it heats, mixes and chops, so every time the Kahk dough got a bit too hard to work with, I put it at 60 degrees for a couple of minutes, mixed it up well with the blade, and ‘Hey Presto!’ Overall, I’m very happy with the attempt. Admittedly, the Cornetti are not quite right. (I followed the ‘unabridged recipe’, which I personally think makes a very doughy casing, and next year I’ll be putting in much more butter and much less milk/water). But I know I’ll have the kinks ironed out next year, and the Ghorraeba taste as they should.

And our favourite, the Kahk?

Well. Grandad would probably still complain, but I think that this year, they might have just ‘Come Good.’