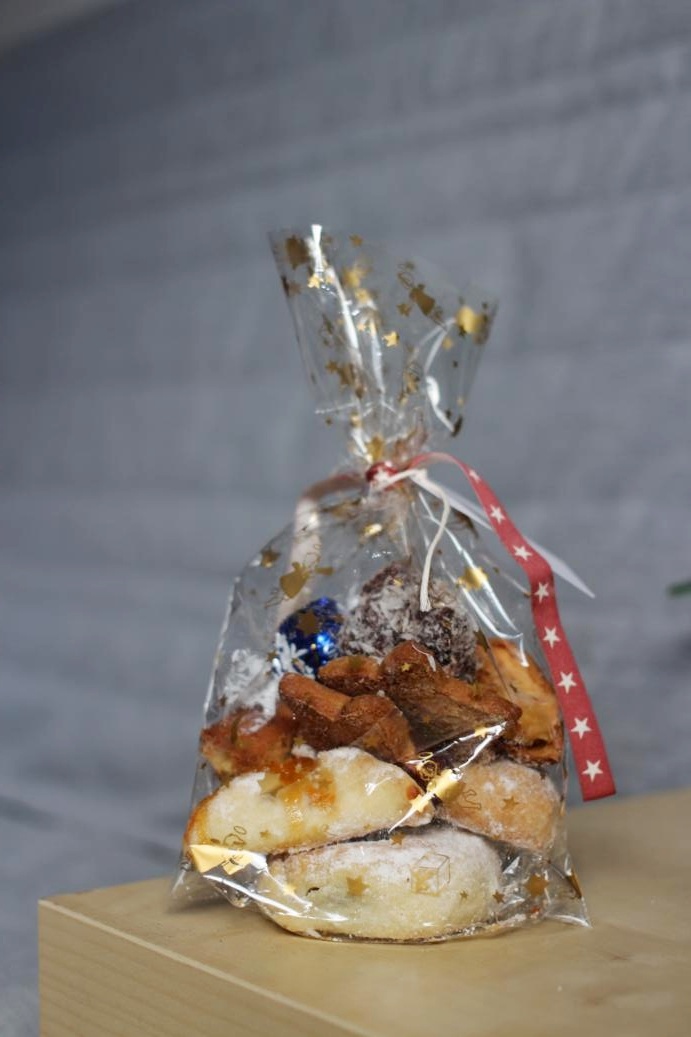 This year, I became obsessed with the idea of making things for Christmas. You’ve seen the traditional cookies, but it extended beyond that.

I think I’ve mentioned it before, but there’s a certain type of nesting that’s settling in on me in my late 20s, and I feel a strong desire to not only ‘create’ but also ‘be an adult’ and ‘do adult things’* like sending cards and making cookie bundles.

*I suspect that this is the kind of adult thing that only happens up until the point of ‘kid-getting’ after which time becomes limiting. Let me know Parental People! It started with a mess… …and ended with a bunch of ‘red, silver and deer’ themed cards. The first one arrived (in Melbourne!) yesterday, which suggests that the postal service is snappy enough over the Christmas period to deal even with my tardy sending.

Still not feeling super satisfied, I moved the mess to the kitchen. Just add ginger until it forms a kind of ‘haze’ above the bowl.

Then do the same with the cinnamon. I’m calling this guy ‘Persian Biscotti’- made in honour of our friend Iman. It probably only goes to show how little I know about Iranian culture…but I’m naming it so because, as well as the dates, almonds and dried apple, I added in a couple of anthers worth of saffron. These ones are in honour of my sister (although I believe that originally my mum used to make them). They’re chocolate fruitcake truffles- and everything with that much chocolate in it kind of rings an ‘Ariel’ bell in my mind. Hope everyone else is having as much fun, and making as much mess, over their holiday period.

Let me know what you baked this season!