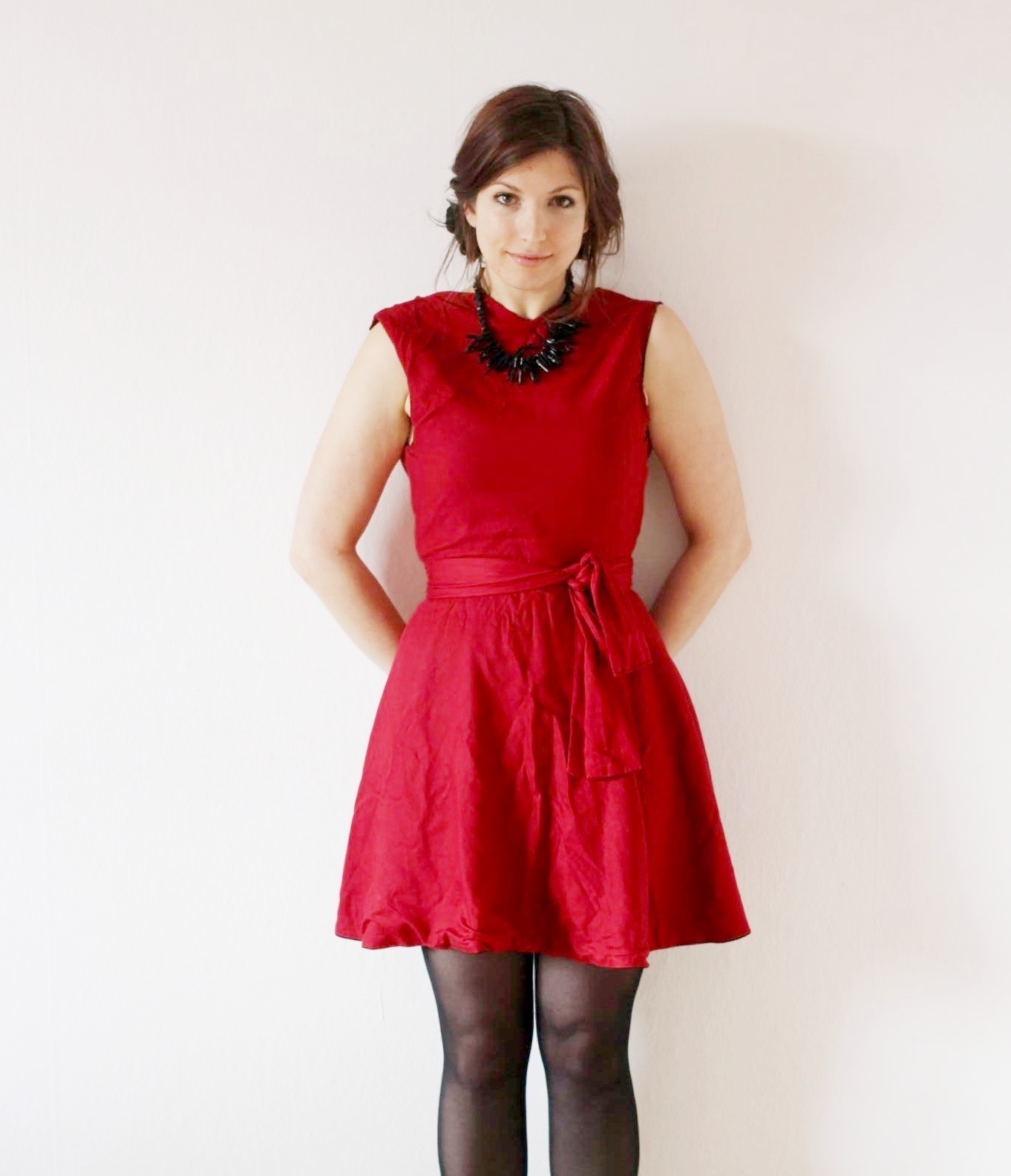 I started sewing up this ‘dress’ a couple of months back, and finished it right before the Christmas break.

Finished should also be in quotation marks, because there are still a few things I want to do with it before it’ll really be done, but we’ll get to that later.

(I probably should have also ironed it before the ‘photo shoot’, but, you know, I don’t want to overreach with the domesticity). If you follow me on Pinterest, you probably know I love the concept of clothing that can be worn in multiple ways. My clothing board pretty much contains only 1) convertible and 2) geometric (which is so hard to wear if you have any sort of body curve- but I’m working on it).

So naturally, when I sewed up my dress, I made it reversible… Is that a word?

I don’t know, but what I mean is that you can wear it backwards, forwards and inside out (also backwards and forwards). Which still didn’t seem like enough, so I added a waist zip. Which, ok, is of course also reversible. And, because there’s really no point in letting the skirt part of the dress go to waste… I added a waist (band). Which allows us to make two colours of skirt: Overall I’m pretty happy with how it came out, especially because it’s a bit of a prototype. Ultimately, it’s based on this, which is possibly one of the most amazing things I’ve every seen but is cruelly not available, even on ebay. So of course, ultimately, I would like to add (zip-off-able) sleeves, to make the ‘coat’ transition.

I think I will also probably put a diagonal ‘biker-style’ zip on the black facing side, to make it less twee than the red, but only if I can work out how to do it without damaging the red line, and without making it super uncomfortable when facing inwards. Hooks and eyes work at least in that they’re fairly invisible.

I still need to add a few hook-and-eye closures to the skirt and top, in order to make then sit the way I want when moving. Actually, I’m not super happy with the way the waistband is working right now, so I might just re-do that. The other thing I’m not super happy with, but which might be a bit too late to change, is the fact that the red material had quite a bit more stretch/give than the black. so even though I washed it before sewing, the red is a bit baggy, which gives it more crinkled look, and especially plays havoc around the arm and neck seams (which, admittedly, I am also terrible at).

But, apart from those aspects, I’m happy, and it’s been a pretty fun process- from the design to execution, and- especially for someone who is so new to the sewing thing, has been a rather cool learning process. (Thanks to Andy for taking all the photos. Sorry for moving so much while you were trying to focus the camera!)