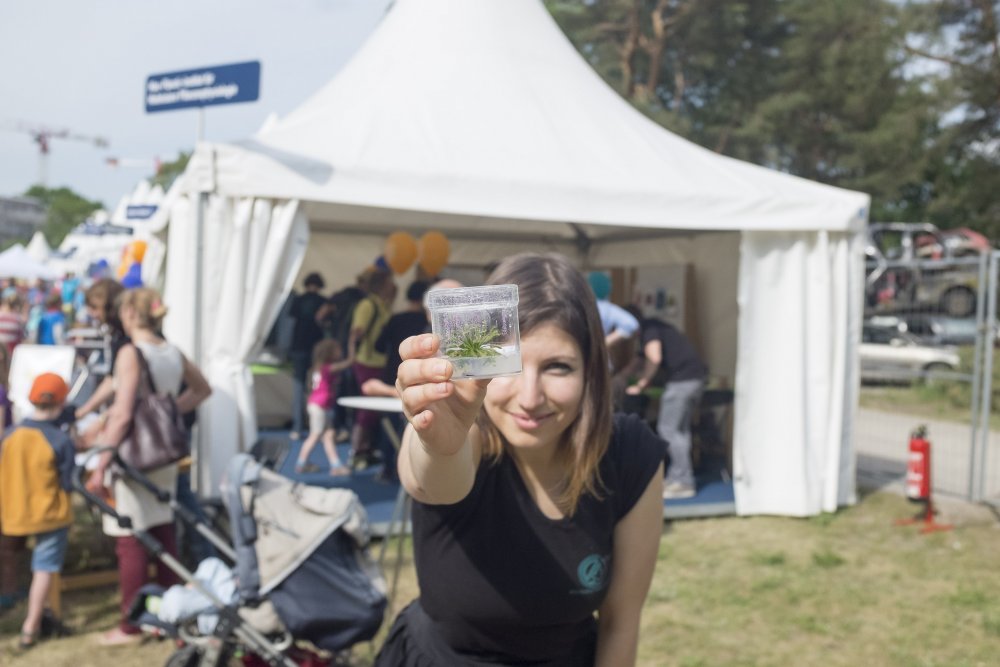 When I was back in Perth, I was lucky enough to be part of an Institute that did a lot of public outreach work. Mostly workshops for young senior school-aged kids (14 or so), with a couple of presentations at ‘career days’ in front of the general public. Thing about Germany is, most of the public speak German…

I find it hard to express how important I think science-communication is. Learning science is more than learning the knowledge of science. It’s about curiosity and wonder, and learning how to think scientifically. Learning to not just observe the world, but to question it, and to question statements that are made about it.

The problem is, that scientific concepts can be tricky. We can’t all be experts on global warnings, vaccinations or whatever-the-hell-Greenpeace-is-currently-lying-about. But we can learn to think critically. And we can learn that science is not something that exists ‘against’ religion or ‘for’ big pharma’. Science is that thing, sitting way across the room (probably too socially incompetent to get involved even if it did want to), objectively observing and testing the evidence backing one idea, one method, one drug, one way of thinking.. or the other.

Anyway, it’s probably too late to get most adults on the scientific track. I can argue with them a bit, but it’s probably not going to work. They ‘know’ too much. Let’s be honest, I still can’t even convince my own father to stop giving money to an organisation that actively destroys the lifeworks of Phd students exactly like myself,  deliberately cites tainted and retracted sources to sway public views on life-saving technologies, and campaigns against the government with the endpoint of decreasing the very funding that will serve as my future employment: seriously father, stop giving money to Greenpeace they are the worst.

But maybe, I can spark a little bit of interest in a kid, and that can lead them down the path of salvation. Or at least whatever path it is that makes you say ‘hmm, that sounds very one sided’, and then actually click on the links to the ‘references’ that Greenpeace uses in their campaigns and realizes that they are more fictional and fantastical than Game of Thrones.

Ok, I’m done with the Greenpeace bashing. For now. I believe pretty firmly that we as scientists can’t really complain that ‘nobody gets us’, if we don’t go out into the world and try to explain what we do and why we do it. It’s tricky, because what we do is convoluted and strange (and I mentioned that thing about us all being socially incompetent right?), but I really, really love the rush of interacting with the next generation. And that moment when a kid actually, for a brief second, cares? It’s pretty friggin’ amazing.

One of the huge things that I’ve missed about being in Deutschland, is doing this outreach. So when Potsdam hosted the ‘Open day of Science’, and I heard through the grapevine that my institute would have a stand, I told the bosses that I could totally speak the real German goodly, convinced my BFF Joram that he pretty much needed this on his resume (so he’d keep me company and rescue me when the conversations got too technical), and we all trotted off to spend our Saturday in a hot-hot tent.

I was pretty nervous in the morning. We’d had a party the night before, and someone revealed to me that Joram had told the boss-lady that my German was good (thanks you big traitor, way to ruin my whole ‘low expectations are low’ plan). I was tired and grumpy, not keen to go all the way out to Potsdam in the middle of my Saturday, and on the train ride over could pretty much only work out how to communicate auf Deutsch with Joram via ‘ja’ or ‘nein’.

Luckily, I’m a giant performing monkey, eager for any kind of attention. So when the first little kid turned up to sniff at our stall, the adrenaline kicked in. I wasn’t great with the whole spiel, which was supposed to include a detailed impression on how make GMOs by tranformation. But I actually thought that a lot of it was too much for the kids- who were mostly young, 10 or less.

So instead, I showed them the magic of plants that grew in boxes on some kind of gummy agar, made them guess what was in the life-giving agar while discussing what plants need to survive, briefly raised the idea of using these plants for experimentation, and then sent them on their way with little ’tissue culture’ plants of their own. If they seemed super interested, or someone (often the parents) wanted to know more, I would go a bit into the details of plant cloning and transformation, or pass them off to Joram, so that I could more quickly buy the momentary love of the next little kiddling with curious eyes.

Highlight of the day was when two young guys (13?) noticed me struggling with the concept of re-potting (the instructions for ‘what to do next with the plants I give you’ was the hardest part of my day), and said ‘English’? I explained the concept in English and then switched back to Deutsch and explained that I was Aussie, and that, ‘if you do science you totally get to travel to new places and fail at learning new languages’. It was a nice moment.

Another thing I loved- with kids, you can immediately tell when you say the wrong word in German, or when the concept isn’t clear enough. Probably the best way to improve your language skills!

Anyway, we left after ~4 hours, feeling headachey and tired, but fairly pleased with ourselves.

Plus, I totally managed to steal a plant or two to grow myself at home!