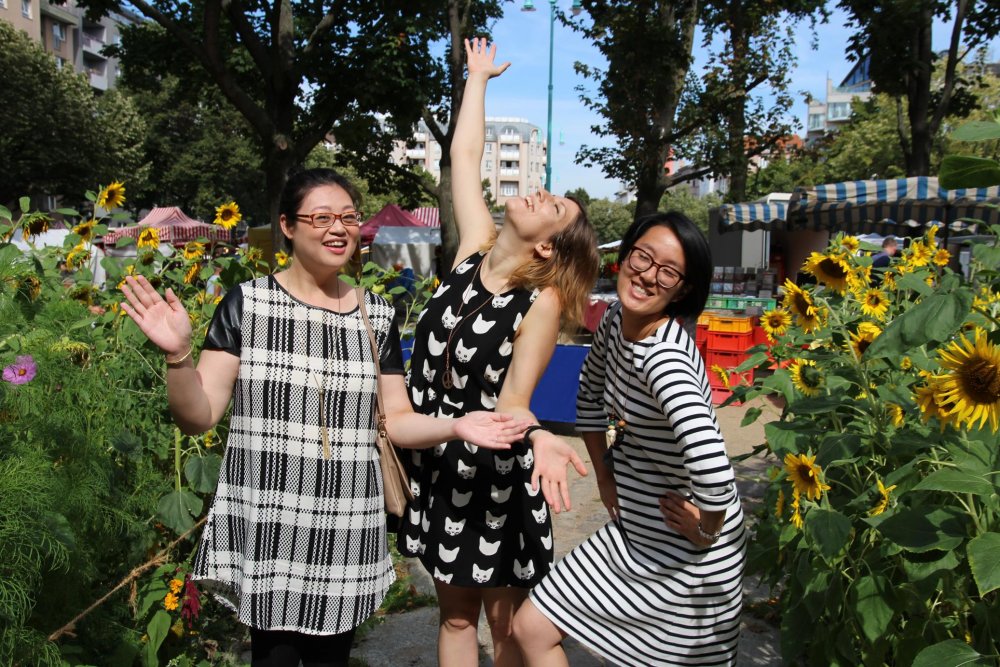 You guys! I submitted my thesis last Tuesday!

So I thought I’d do a couple of ‘throwback Thursday’ type posts to catch up on some of the adventures we’ve been managing in the last couple of months of chaos.

But then, well then my immune system, which, I have to admit, was really making a stellar effort to not get me sick during the final push, took my holiday as a chance to take its own.

So instead of blogging, sewing, cleaning, gardening, painting and so on, I spent the last couple of days lying on the couch, feeling sorry for myself, calling myself the ‘King of Congestion’, and bathing in a shame spiral filled with chocolate, tissues and Gossip Cat (which is what Andy and I call Gossip girl, because we are fairly convinced that Gossip Girl is actually a High Society Cat. Probably a Persian Cat, because those guys are regal, but, lets face it, mean).

Which is why this turned out to be more of a ‘throwback Saturday’. Apologies. Ashlee is one of my school BFFs.

Ashlee basically moved in on my life by her own choosing when we were 11, and has been around ever since. She gained prime sister-from-another-mister status after we spent 1-2 afternoons together every week while we were in the last couple of years of high school. Also, if I’m honest, she’s a bit like my actual sister, which I think makes a pretty cool relationship for the three of us.

Those high-school hangouts were spent eating way too much sliced cheese and crackers, and watching Daria: we were the epiTONOme of cool. ‘EpiTONOme’, by the way, is an joke from French and Saunders’ ‘Let them Eat Cake’, which Ash introduced me to. After 10 years, me wanting to use the word epitome (because I am pretentious), is still almost always followed by me having to spend 20 minutes explaining why I said epiTONOme instead (because I am not as funny as I think I am/ because you are all uneducated). ^By the way, I love this photo. So fabulous.

If in 50 years time you see me as an old Dame holed up in a castle with cats, I assume that Ash will be there with me (although, she kinda hates cats, so that could be a problem). We will be watching Brit comedy and BBC period drama, and continuing to nurture in each other an unhealthy love for Mill Owners and Men who Wear Riding Boots. (links= you’re welcome).

Anyway, Ash moved to Melbourne at pretty much the same time that I moved to Perth, and a couple of years ago she met her life-love Boton. Anyway, after nearly four years of Ash and I not seeing each other, Boton and Ashlee made a detour on their kind-of-honeymoon, so I finally got to not only catch up with her, but also got a chance to meet her rather lovely man.

(I do have to admit though, that Ashlee and I pretty much locked heads and talked at 500 miles per hour for the first 12 hours. Sorry Boton!)

Anyway, they were here for a long weekend, so we spent the Friday pretty much doing all of the touristy things (Brandenburger Tor, Holocaust Memorial, Reichstag, East Side Gallery, Alexanderplatz).

Then, on Friday evening, this pretty little fellow, who flew in from Amsterdam (good grief I love Europe’s smallness), joined us… and we spent Saturday hanging in the sun, drinking coffee and eating and walking and chilling.

Bratwurst for the Australians! Orange juice for the ‘Europeans’ (who are probably scared of getting scurvy during the approaching winter of cabbage and Kartoffel). Although, speaking of winter, do you notice how beautiful the weather was? This was at the start of September which is usually much colder (and possibly rainier), so we were pretty friggin’ blessed. ^Note Ikumi casually sidling away from Andy, who randomly started chatting up strangers… We wanted to get in a couple of group shots (because I already regretted not catching enough when Lauren was visiting), so we stood by the pretty flowers. ^I’m going to be honest, this photo isn’t great for Ikumi or Ashlee, but at least… I don’t look like I want to harvest their organs and bathe in their blood: By the way, the matching outfits is semi deliberate. When Ashlee rocked up wearing the same colour and style as Ikumi, I didn’t want to be left out.

My outfit has cats, though, so it’s clearly superior to their classy stripes.

Here is a gif of us being awesome:

After the Saturday farmers’ market, we did some walking, drank some coffee, and then decided that we had earned Hokey Pokey (a.k.a, the Best Icecream in Berlin). In this shot I clearly have a mouth stuffed with icecream, but Koom looks deliciously hilarious: The camera came out again at dinner, when we all sat down to Ethiopian food.

We dutifully took photos, although, to be honest, Ethiopian food doesn’t look so photogenic on the closeup…. … unlike that guy in the background. All in all, it was so friggin’ amazing to meet Boton and catch up with Shlee and Kooms again.

Looking super forward to visiting them in Melbourne at the end of the year (and to be honest, also looking forward to eating all of the various Asian foodstuffs I can possibly fit into my cakehole at that time- I have been promised dim sum with squid tentacles!).