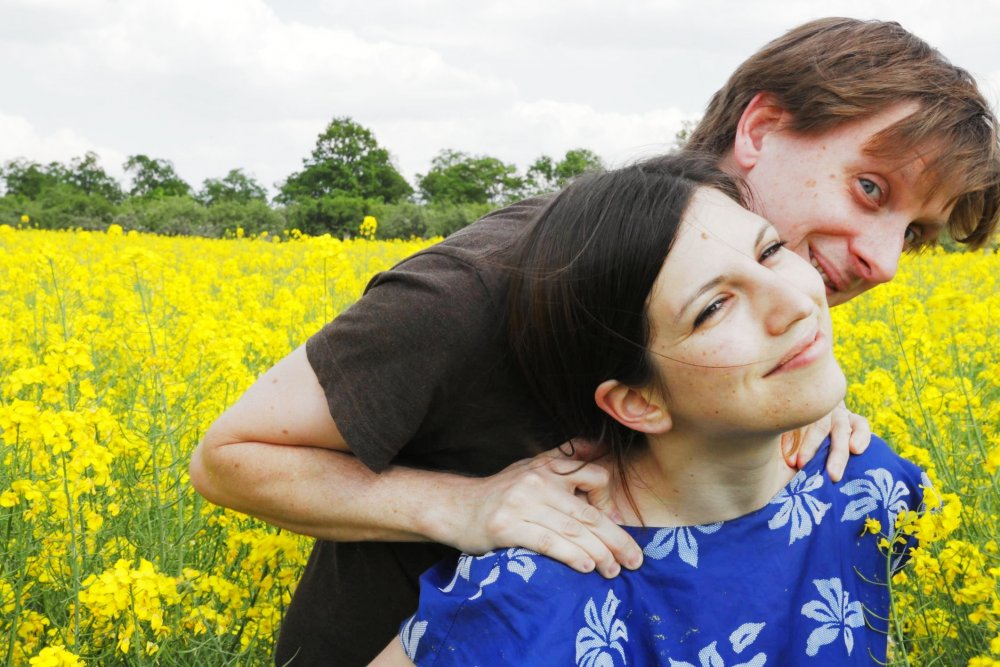 Over the last couple of days, forced to come into work on the weekend to write our respective theses (almost finished… almost done!), Iman and I have taken the opportunity to go for a couple of walks past the nearby fields in Golm.

Now that the rains have come, and everything looks completely different again, I thought I’d put up a quick throw-back post from the beginning of Summer.

Every year, a seemingly random assortment of fields around Golm burst into golden brightness.

Every year, I say to myself ‘I really should go and get some photos of the pretty’. This year, we took some photos, and then I decided against putting them on the blog, because, you know… we’re pretty much standing in someone else’s field.

But now I’ve changed my mind, because I’m fickle like that. Possible the thesis-writing madness has set in.

I hope no-one minds to much.

It should be noted that we kept to the path, and tried hard not to hurt the pretty flowers.

Don’t try this at home children!

The opposite of a yellow brick road: Andy somehow manages to look creepy while standing next to flowers. Pure skill! Iman is still concentrating. He really likes those flowers! Joram is a more versatile model. He can do serious… This apparently pressures Iman into doing the same. Andy is not falling for this peer pressure! See you in a couple of weeks (?), when I will hopefully share with you what it feels like to not be writing a thesis anymore.