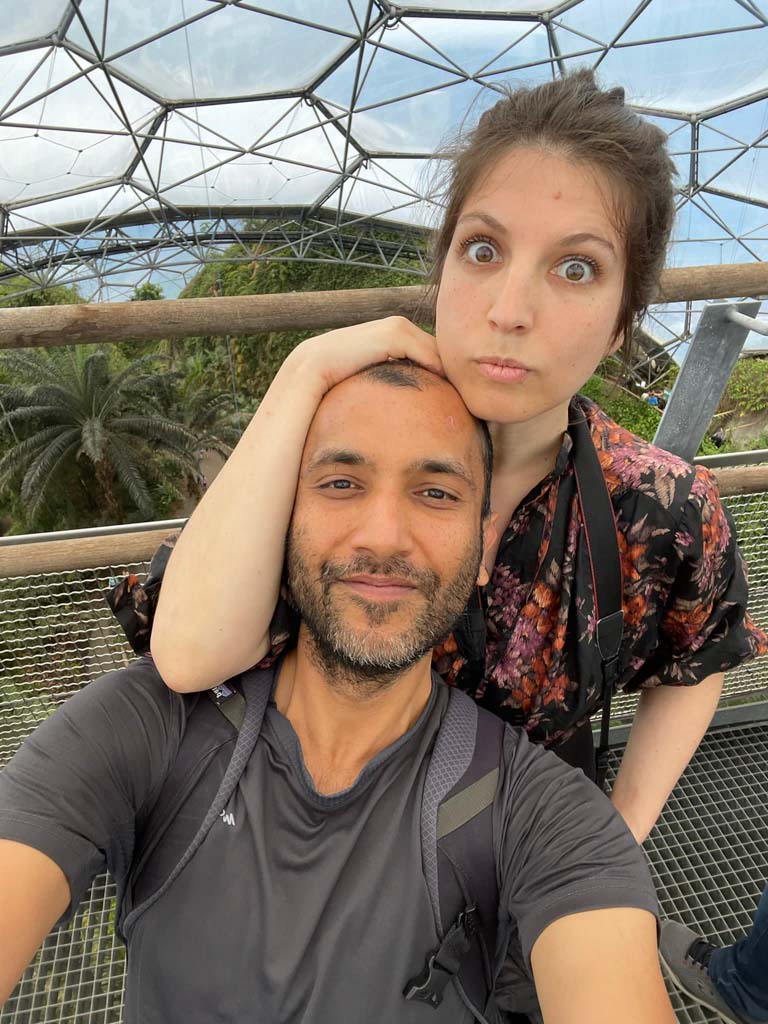 Sudden realisation that I want to post about the most recent holiday… but didn’t finish up on the last one yet….

On our last day in Cornwall, we headed up to The Eden Project, a large garden/greenhouse /education structure that the internets describes as ‘a mind-boggling feat of architecture and biological engineering.’

After a bit of a struggle to actually get there (The Bus Runs Not In Cornwall), we headed in.

First stop was the artsy sciencey section, which I actually kind of loved.

Some phages errupting from a bacteria:

There was also a cool dome that breathed Alice-in-Wonderland-Caterpillar-esque smoke rings, as well as a very gross agar mould of a face, which was being colonised by things that actually grow on people’s faces.

Anyway, after hanging out with the micro-organisms for a bit, we decided to head to the main attractions- the DOMES.

Which, of course, were filled with all sorts of planty beauties.

There were also these very beautiful little quails running around. I’m a little miffed that I never quite managed to get a sharp shot of the darty little fellows. Despite following them around for quite some time. Need some practice with the manual focus.

At least the plants stand still.

And this little fellow was slightly more willing to pose for the camera:

If you’re more of a ‘humans are the best animals’ person, here’s us posing like idiots (at least one of us).

These shots are taken from the ground, but Behold! we also went up into the sky:

Overall, the first dome- the one with the more tropical forest-y trees, the sky views and an actual waterfall, was definitely the winner. The second one was a bit more ‘european’, Mediterranean, and cultivated, which made for some pretty plants, but wasn’t quite as interesting overall.

Nice right? Particularly that little guy with fluffy trunk flowers. But more the kind of things that you can find around home here.

I did get a bit more excited by the Aussie (or at least Australia-adjacent) section.

Pretty! Though I’m not sure that Sameer really bought into my excited demonstration of Kangaroo Paws looking like … well, Kangaroo Paws.

Let’s end on some more plants

This is just a bunch of purple anemones, interspersed with some other colours.

That’s all from the Eden Project folks.