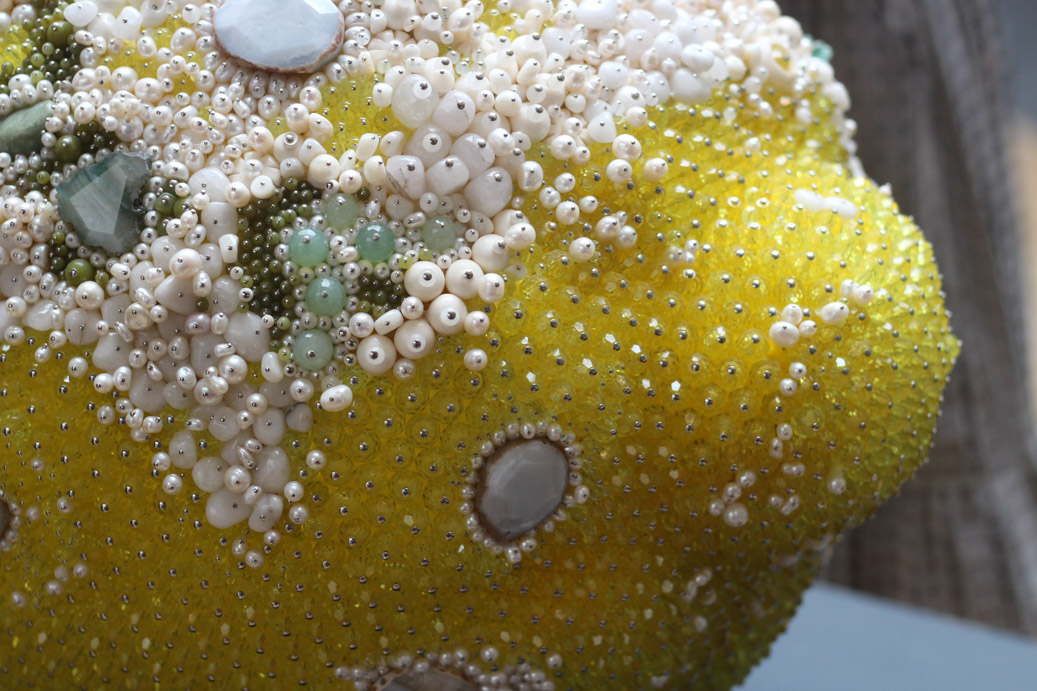 The happenings of the week we entered August.

Featuring fancy food, fake forests and the most beautiful mould-lemon you’ll ever see.

I know I know, it’s getting too late to be writing about August- and the very start of August no less! But sometimes I am slow, but I still want to share.

The last week of July was a bit of a mess. Following a very brilliant trip to a Castle in the South of France with some amazing friends and their many offsprings, I got sick.

Actually, I managed to get both super sick within the trip (full purge mode) from Baby #1, and then caught some nasty virus form Baby #2 on the way out.

Which meant I had to give up my tickets to the National Theatre’s Much Ado About Nothing.

Sameer went for me, and said it was brilliant.

Anyway, by Friday I was recovered enough to demand Fancy Dinner at Lighthaus, recommended by a work colleague.

If I’m perfectly honest, I found the food tasty, but a little oilier and heavier than we would usually go for. The menu changes seasonally, so I’d be willing to try it again.

And that dessert- something with dark chocolate and tahini, has persisted in my dreams for the months since.

I’d go back just for the dessert.

Saturday morning began with breakfast and a walk. I choose some green bits on the map that Sameer kept insisting was technically Epping Forest. He is possibly right in the very dodgy pedantic sense, but it’s the kind of tail bit of the forest that heads down to Leytonstone, and so doesn’t really count.

It also looked way less green in person that it did on the map.

Part of that was probably due to the drought, but I think a part was just false advertising on Google’s behalf.

In my mind, I think of it as ‘the forest that wasn’t.’

In any case, after some walking during which I was disappointed and also realised that my newish shoes kind of rub my feet into blisters when it’s warm, we eventually exited the half-forest.

.. And immediately found a super cute bar called Filly Brook that had all kinds of beer as well as coffee as well as really cool and interesting food.

After eating our fill, we popped over to meet up with two of Sameer’s friends and see the Royal Academy of Art’s Summer Exhibition.

The exhibition is apparently the “longest continuous exhibition of contemporary art in the world” and one of the most popular exhibitions in the UK. It contains a mass of paintings, drawings, scultures, models… and other things that it’s not really possible to name.

The actual amount of art is also a bit hard to explain or even capture. The walls are filled from floor to ceiling with works, which are also found in various forms across the floor on on large display tables.

There seems to be some sort of cohesion- at least in terms of colour, mood or theme, as you go from room to room. For example, the first room I would call ‘flower, with a side of bug’:

I particularly liked that poppy head one!

From there, we led into a room with a lot of different architectural models…

… and room number 3 featured the Best of the Zest, aka the literal jewel of the collection:

As always, my favourite pieces were the ones that played with structure, shadows and texture.

I particularly loved this 3D printed one by Amin Sadeghy.

…these others also caught my eye:

Another one of the rooms featured a lot more colour and ‘pop’….

…. and was centered by a large partially-mirrored sculpture that gave a whole lot of ‘meta’ art.

Ok you know what?

This is the objectively most perfect piece of the whole exhibition:

It’s impossible to look at them, and to not feel some sort of inner peace and joy!

Speaking of calmer things, here are a couple of neutrals that I loved.

That burnt cyclone is a particular stunner, and something that became more beautiful the more (and more angles) you looked at it.

Sameer was particularly excited by some of the art pieces that you (he) could interact with:

And finally, a few more in the dark and fuzzy scheme of things:

Overall, we definitely didn’t give ourselves enough time, had to run through the last rooms as they closed the doors behind us, and missed a lot of it entirely.

Next year we’ll go earlier, so we can go multiple times.

And I think we probably need to buy some art. Did I mention that everything there is for sale?

After a quick run through the ‘wet labyrinth’ (hmmm), we headed out for drinks and dinner, taking some very fancy cocktails at the Connaught’s Red Room, and later on some also-fairly-fancy food.

The next day we headed to the Design Museum, but I’ll have to write about that a bit later….