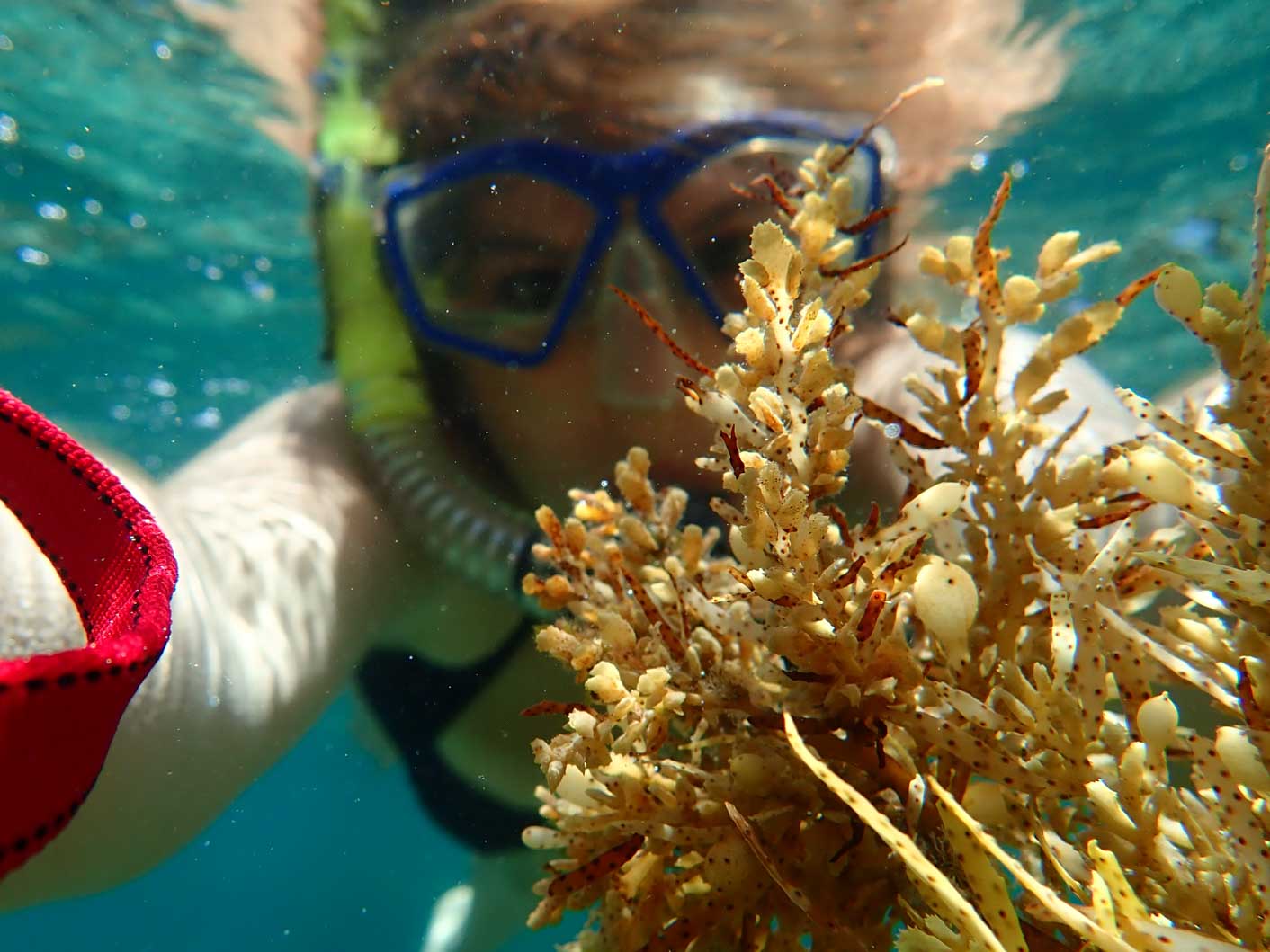 One morning, in Kalbarri, I met the most beautiful of creatures…

(the ruby isn’t really part of his official common name, but I think it makes him sound more regal, don’t you?).

We went snorkeling a couple of mornings at Blue Holes, a protected bay just a few minutes drive away from the main town of Kalbarri.

When the sea breeze hits in the afternoon, the beach turns to a frenzied experience that hits somewhere between ‘exfoliation’ and ‘tasmanian devil cartoon’.

But in the morning, it’s calm, and it’s beautiful.

You enter through sparkling sand…

… but pretty soon find yourself drifting over an array of lifeforms.

The ocean floor is never too far below you, and if you need a break, you can climb up some rocks and watch those below….

…. or leap back in, and look up to the shapes and sparkles above.

It was my first time using an underwater camera, and my first time in years actually snorkeling, or even being in the ocean rather than a swimming pool. So a lot of the time was spent awkwardly diving, suddenly surfacing to spit out swallowed seawater, or being swept along by currents in directions I didn’t intend.

Still, I saw a lot of life.

The Most Beautiful of sluggish sea friends.

I tried to get a selfie with him…

… but was fairly unsuccessful.

And may have accidentally caused currents that led to a (rapidly resolved) upturning of my new petticoated pal.

But I promise that he turned himself back up. And I ultimately decided to take the whole thing as a signal to perhaps leave him to his own business, and turn my own attentions back to the shores.