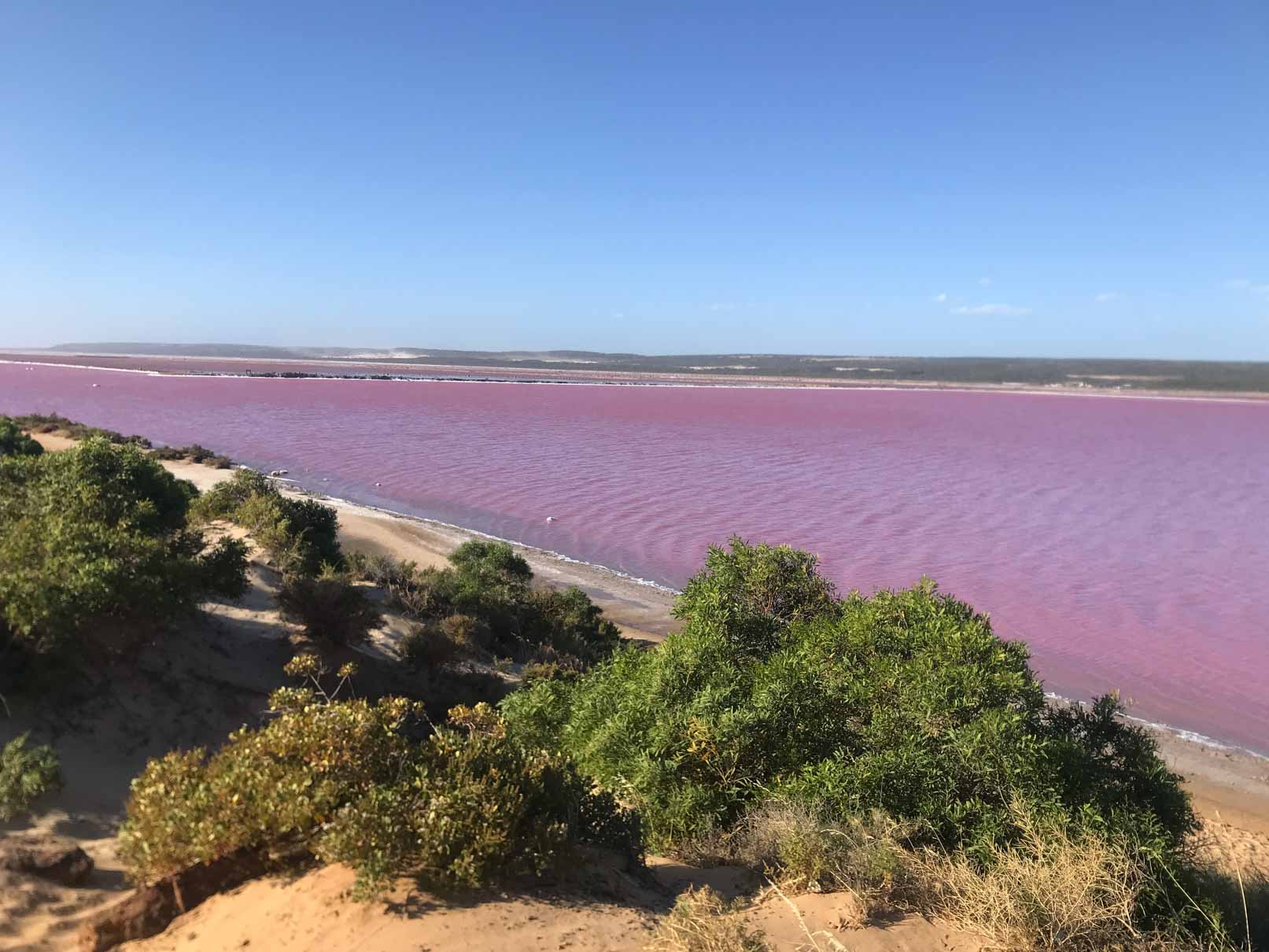 You can see it mostly from a distance….

But you can also see it with your face right up against the salty shore.

About 6 hours drive north of Perth is Port Gregory.

Gregory itself is less than a town; about three streets and a population of approximately 60 people. It’s claim to fame, according to Wikipedia, is a light bombardment by japanese submarine during WWII. It turned out to be due to a misidentification of an ammunition factory, which in fact was a crayfish cannery.

But Port Gregory comes with Hutt Lagoon, aka the Pink Lake.

The pink colouring comes from the single-celled algae Dunaliella salina, which thrives in super-salty (hypersaline) environments, and like to produce huge amounts of pink beta-carotenoids.

These pigments are used as supplements (the carotenoids are antioxidants and Vitamin A precursors), as well as for colouring food and makeup.

Perhaps unsurprisingly, one shore of the Lagoon is occupied by German chemical company BASF.

For our part, we dashed in and dashed back out on our way further north…

.. but it was still incredibly exciting to see the famous pink lake.