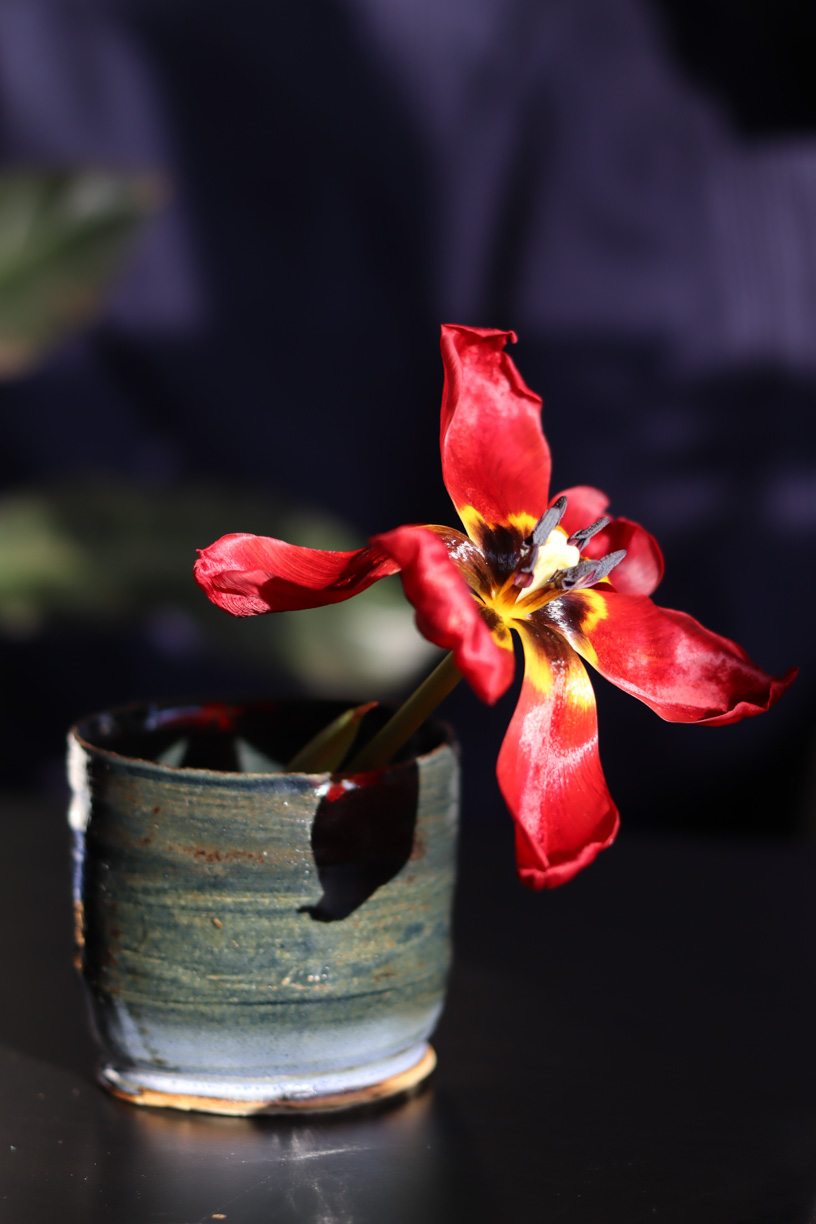 Featuring work from my 6 week pottery course at Skandihus.

Apart from the snow, the second week of December wasn’t insanely busy.

Sameer got pretty sick, so on Wednesday I took Nicky from work to see Zadie Smith’s Wife of Willesden, a re-adaptation of Chaucer’s Wife of Bath. Both of us came out of the play a little confused by the the overall message; the wife, although bold, was not a nice person. And it seemed that she wanted you to believe that a woman’s true desire is to have a subjugated husband.

Thursday was our work Christmas party, which was cooold, but otherwise a fun enough time with Isabella and Aisha and new kid Arunus.

And then the next week I was sick, and by the end of that week we had flown to Turkey.

But in any case, this blog post is mostly about Friday. Which was glazing day.

My desire to ‘pot’ began some time last year, when I visited my friend Alix in Paris, and she told me about her various exciting struggles and triumphs with a clay course.

By about six months later, her house was filled with incredible and unique hand made pieces.

Back in Berlin, Andrea and Chiara had also tried their hand at potting.

So by August, I was ready to invest in a pottery course, and could actually scope out a 6 week space in which at least one night of the week had nothing booked for the whole run.

The class was run fairly close to my house, and fairly late in the evening, for 6 lots of 2 and a half hours. It was always just a small group- about 10 of us, as well as an incredibly vibrant teacher, James, who brought not just technical skills, but also a kind of ‘never mind we can make it work’ attitude that is probably necessary for all crafty classes.

In the first week, we learnt how to wedge the clay, a kind of repetitive rolling folding motion that removes clay air bubbles. A key part of ensuring that your pieces don’t explode when baked in the Kiln.

That week was also about handbuilding, which- as the name suggests- involves a lot of pinching and pressing with the hands in order to turn a small sphere into a pot. I built a small pot (that I kind of scraped with a small cheese scraper to give geometric sides), and kind of ‘tray’ to rest on top.

This was one of the only piece that I came into the course with a Mission to Make; I wanted a small pot to hold my makeup, earrings and (in the tray) bobby pins at Sameer’s house.

Week two we went on the wheel, which was incredibly fun but also a lot harder than it looks.

I managed to smush a pot or two, and created a half successful ‘jug’. Here, the advice of our instructor was pretty helpful- he was very good at encouraging us to lean into the mistakes and see them as a bit of a design feature.

After the clay dries a bit (e.g., spends a week getting some air exposure, or 10 minutes of getting blasted with a hairdryer), you can put some feet on your creations.

This basically involves gently carving the edges and centre out, so that you have a kind of base rim.

In my case, it also involved carving right through my creations, mostly due to the fact that I’d stuck my finger too far down in the centre when first creating.

Although I managed to destroy a couple of things along the way, I did eventually come with three semi-successful bowls.

Although one of them had made its own last minute choice to be more ‘artistic’ than I had intended it to be:

Cute, if a bit bendy.

Our final week of the course involved learning how to glaze.

Unfortunately, because the course was so short, and because clay work requires a bit of drying at each step, only one of the pieces I had made had been fired by week 6.

So that was the first to be dipped.

I made a bit of a mess of the glazing- not being sure how thick to put it on, and then accidentally rubbing a bit off with my finger and then feeling that I should rub a bit more to try to make it look deliberate…..

In the end, glazing is also trickier than it looks, but also a kind of magic.

The finished product, bedecked with trinkets and shoved ceremoniously into Sameer’s bathroom, looks something like this:

Because I didn’t have much to glaze in the last week, I threw myself into a furious hand building session, making a two small bowls, two tiny condiment dishes, and at the last minute- a plate.

Oh yeah, and because Sameer requested it (and he never requests anything), I also made a finger.

As we didn’t manage to glaze all our items in the last session, we were invited back for a final drop-in session of further glazing, which ended up being broken up by a long trip to Australia for me.

Here are some of my pieces post firing, and during the glazing process.

A lot of the glazes only reveal their true colour once fired, so even though there are guidance tiles to help you chose your dipping techniques, the final product will always be a bit of a mystery.

Which meant that picking up the pieces once they’d been re-fired, was a huge delight.

I’m a bit of a sucker for the blue and white combination, so leaned pretty heavily into that for the handmade ‘sushi set’, as well as for this new-love-of-my-life bowl.

Most of the hand makes came out a bit chunkier than the wheel pieces, and don’t have the same clean lines. But they’re still quite beautiful in their own way.

By the way, Sameer thinks the plate has a sleeping cat on it, but I’m pretty sure it’s a fish. What do you think?

Even though I wasn’t super into the colour (orange is a little bright for my liking), I also wanted to try casting at least one piece in an iron-based Tenmoku glaze.

Which, came out as such a charmingly strange mix, that I know I can never recreate.

And, although I already declared my undying love to the blue and white bowl, in reality, this one.. THIS ONE is the fairest of them all.

The back side, which is fairly uniform in shape, has this utterly charming mix of greens and creams and naked orangey clay.

While the more wonky side had made its own life choice in going with a more uniform colour.

All up, it was a super charming class. And even though my current flight of fancy involves soldering bits of glass together (teheehee), I think I’ll definitely be back for more pottery at some point.

Second week of December, 2022, and a six week course from mid August.