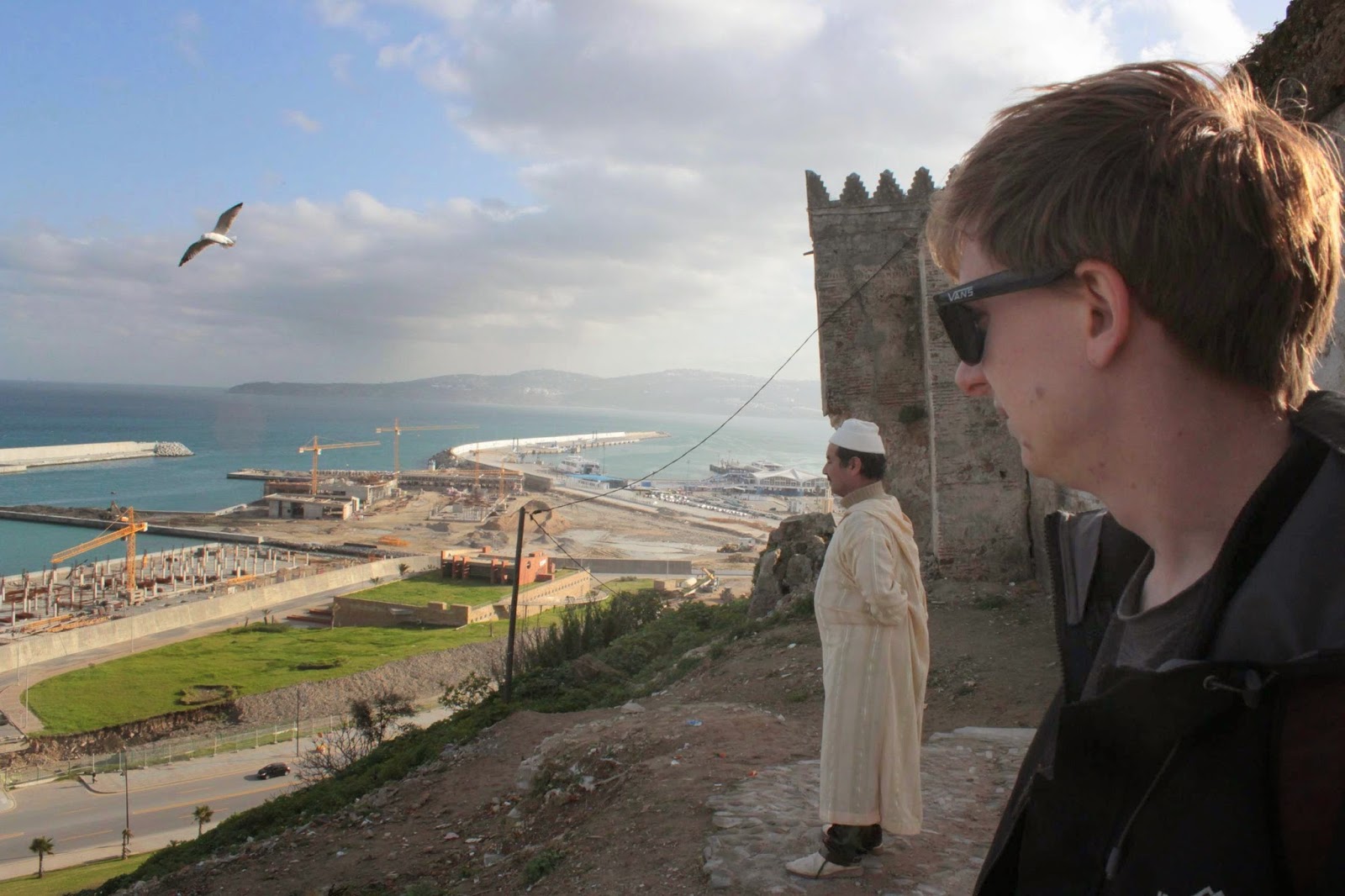 After a week in Spain’s Golden Triangle, we thought taking a bus south to the coast and a ship across the sea to Morocco would be a great idea, and simple to boot.
Turns out it probably is, just not when you do it the way we did.

Our last Spanish stop was in Seville, so we needed first to find us some coastline. Googlemaps convinced us that the easiest port to cross from was Algeciras- we booked a 6 pm crossing in order to give ourselves enough time to get down there.

There seems to be only one bus company that makes the journey, they only go a few times a day, and they’re not really up with modern technology- you can only book a ticket from the station itself within a day or two of your travels. Because of the limited options, we had to get on the bus at 9 am, and spend half of the day waiting around in the city.
So here goes.
Reasons for not getting the boat from Algeciras.
ONE
The bus ride from Tarifa (the place where 99 % of the people got off the bus) is a windy ride or horrible horribleness. I felt sick (although you’ll probably be ok. You’re not a weakling like me).

TWO
Algeciras- apologies to anyone who lives or loves there- doesn’t seem to have much happening. Also, there are a lot of men just kind of loitering. We spent several hours drinking tea, and several more sitting in the departure area waiting to get on the boat.

THREE
The terminal is a bit chaotic. In the creepy empty way, but more so in the ‘you don’t really know what’s going on’. Some people went through customs, the ‘POINT OF NO RETURN’ according to signs, only to be returned ten minutes later. Our boat was late, so we were worried we’d miss it, but the man kept telling us to just wait until he came to get us. 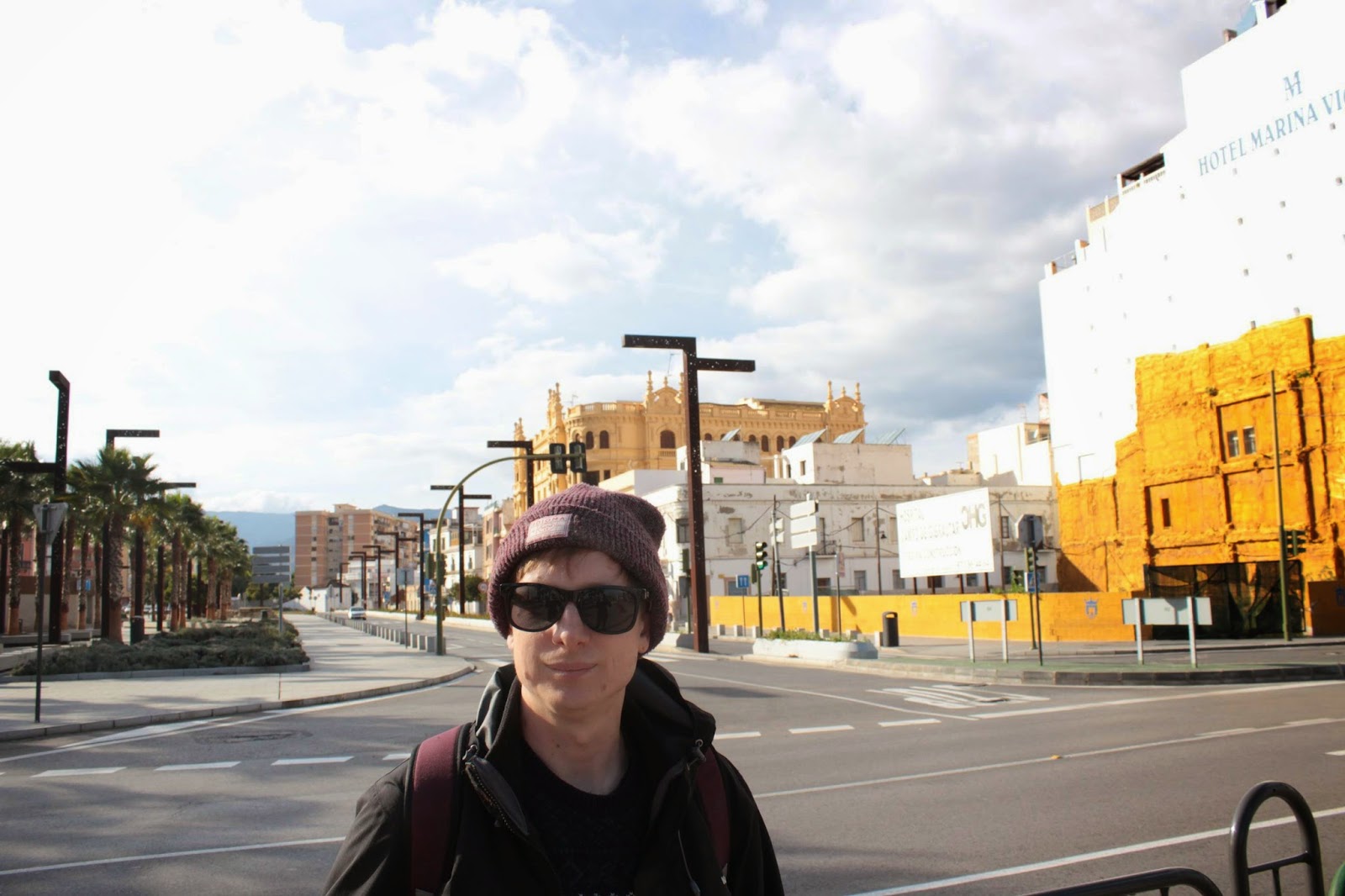 FOUR
Algeciras is not really a tourist crossing point.  They make you leave your luggage in a hold and then lead you somewhere, which made me kind of uncomfortable. The boat didn’t leave for nearly an hour after it should have, and it was hard to find out what was really going on and what we were  supposed to be doing. The single announcement that they made regarding the formalities of changing continent was easily muffled by the sounds of hundreds of muttering people. We only found out that we had to go and get our passports stamped because we looked so darn white: a guard came up and scolded us for not responding to the impossible-to-hear QuietSpeaker.

FIVE
It takes a long time. We thought ’30 minutes’ because our ticket said we would leave at 6 and arrive at 6:30. But that seemed to be factoring in an extra hour for changing time zones, plus one or two other hours for ‘sitting and waiting’.

SIX
Once our arrive, it’s hard to know what to do. It seems that Algeciras is the port people use if they want to bring their cars across. So the doors open, and everyone gets in their cars and drives off. You’re left, to first find where they put your luggage, and then to duck and weave between vehicles to find your way past.

SEVEN
Tangier Med is not Tangier. There’s a free bus from the marina to the Tangier Med station, but then you have to find your way to Tangier itself. Apparently, a bus runs semi-regularly, and only costs a couple of euros. When we arrived it wasn’t coming for a whole hour. So we found some other foreigners (who had some on the bus and boat with us), and shared a cab. Be prepared for some serious haggling (it really shouldn’t cost more than 10 euros per person, and that was for us- we are NOT good hagglers). Be prepared for another hour to hour-and-a-half of windy roads. If you’re lucky, and you get a terrible terrible driver who spends 50 % of the time on the phone and the other 50 % either revving or breaking, you might just welcome your first upheaval on the new continent. Welcome to Africa.
EIGHT
If you’re staying in the Medina, which, let’s face it- you’re a tourist- so you probably are, you almost-definitely do not want to arrive for the first time late at night. We had google maps on the android, and could find our way. A normal map will not work. Despite our maps, and despite pretending to not speak any language, and repeated insistence that we didn’t need help- we managed to ‘pick up’ a little boy who ‘helped show us the way’. Which basically involved him annoying us, following us, ringing the doorbell of our hostel, and then telling the staff that he showed us the way and insisting on payment. When Andy went out later in the evening to get food, a similar thing happened- except this time he had a grown man following him.
Much less fun. 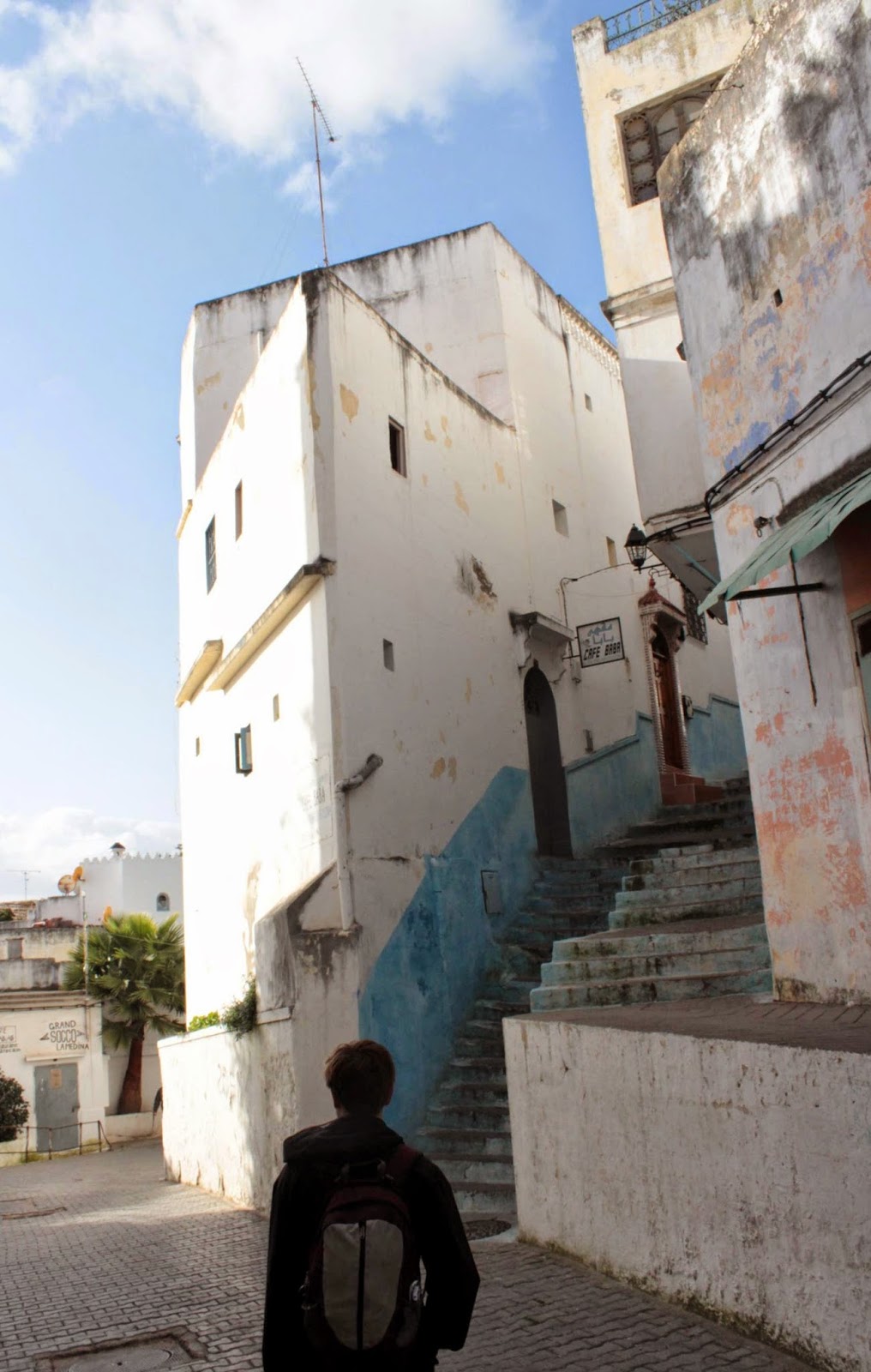 All this sounds like I’m being way too hard on Tangier, the town that we landed in. And I totally am. We came in late at night, had a fairly horrible time, and left the next day. At this point, I was actually concerned that our Moroccan friend back home would ask us how our trip was and we would have nothing nice to say. Sorry Tangier- it’s possible that I could eventually grow to love your wild border-town ways, but on the first try you didn’t win my heart.

To be honest, first being in Morocco had very much the feeling of ‘We’re not in Kansas Anymore’. It’s not Europe, and while I’d love to think that I’m a seasoned enough traveler to roll with the punches, I’m just not- it took a while to adapt to the shift.

If you’re planning a Moroccan adventure- and you totally should- I think you should start in the capital Marrakech. It’s much ‘tamer’, and there seem to be enough tourists to go around- meaning you have time to get used to the cultural differences before wandering into more hectic places. Plus, on our gradual journey south, we noticed that it seems to be more popular to go from South to North, and for this reason, there are more services (tours etc.) in that direction.

But, if, like us, you’re romanced by the idea of crossing from a whole friggin continent to another on a BOAT, then you should NOT do it as we did. Instead, take the 9 am bus from Seville down towards Algeciras, but get off at Tarifa. You can then head straight onto the boat, and cross in literally half an hour, straight into Tangier, on a boat overrun with tourists (and thus full of  helpful information about what to do and where to be). And then, you don’t arrive at night! Double bonus. 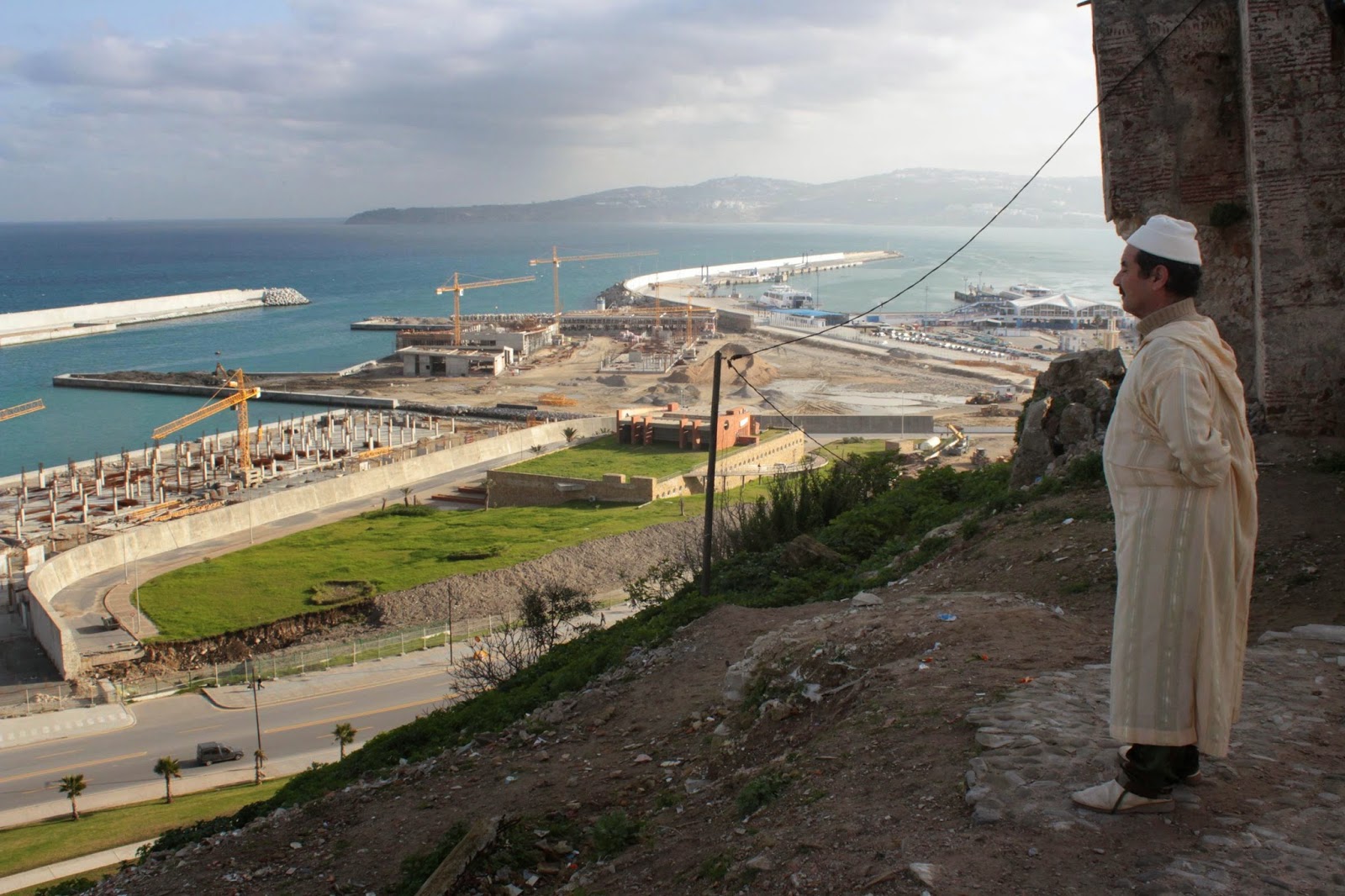 The next morning we had a couple of hours to look around the city briefly before getting on another bus. Here are a couple of photos from that morning. 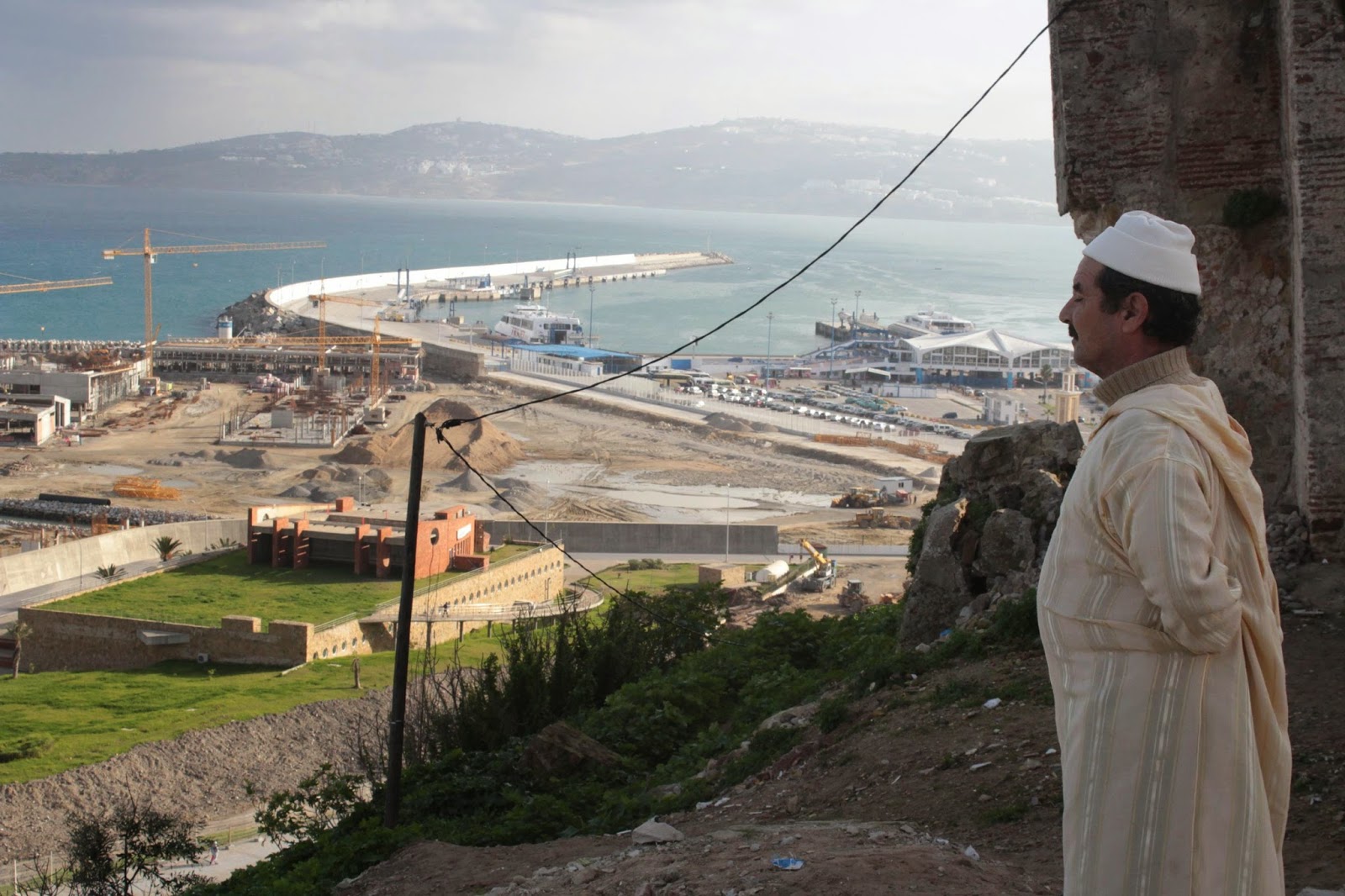 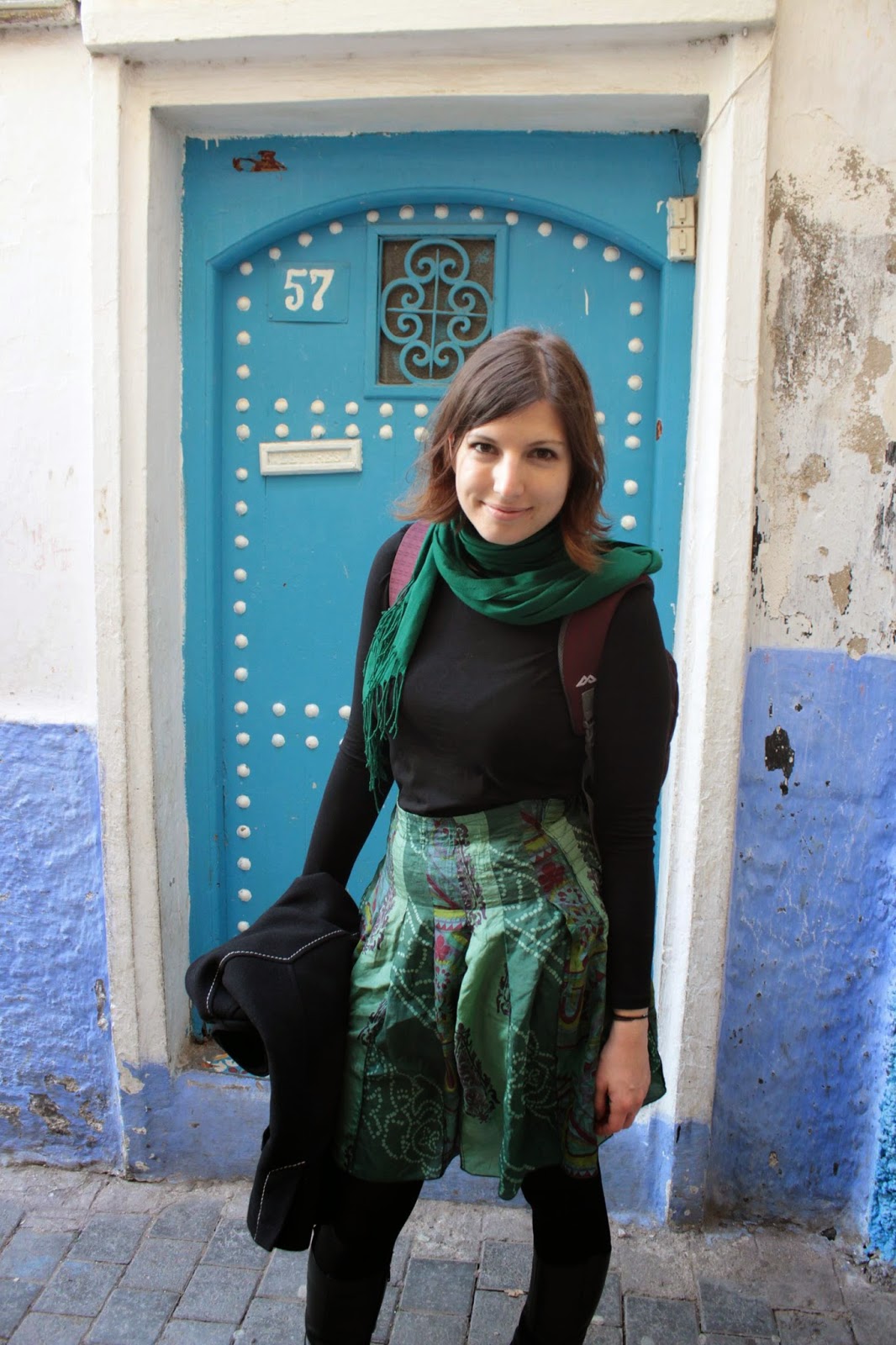 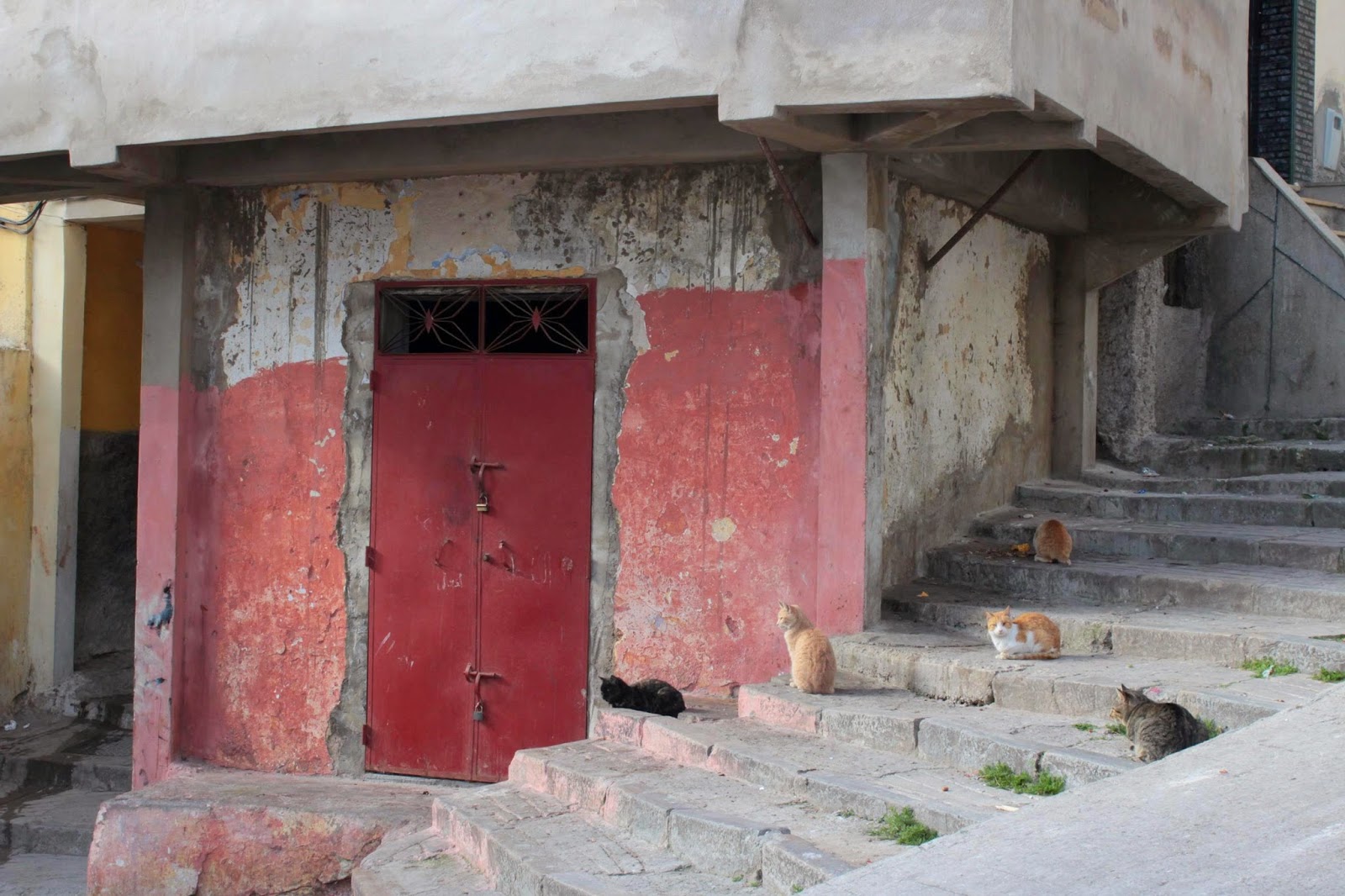 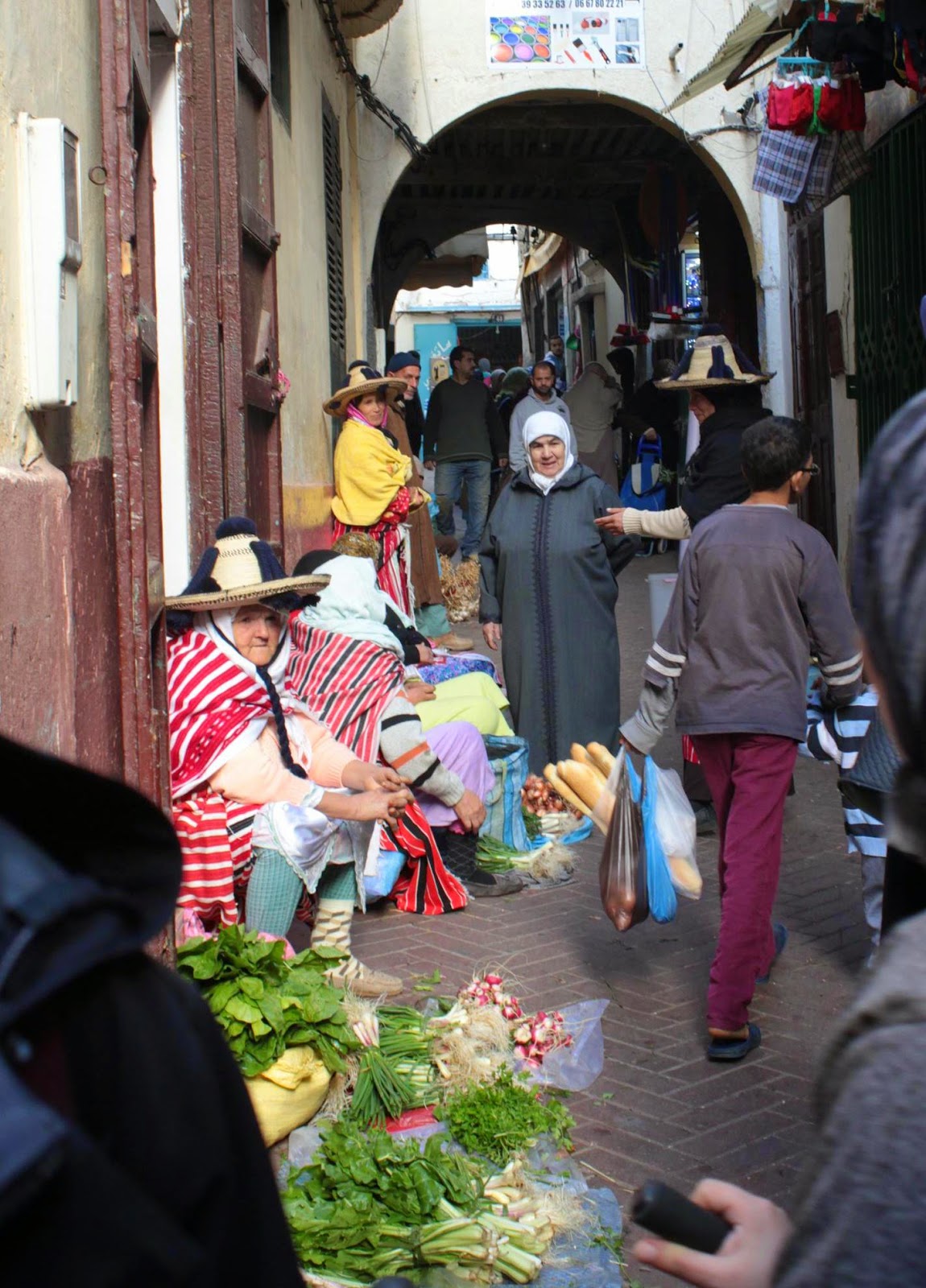