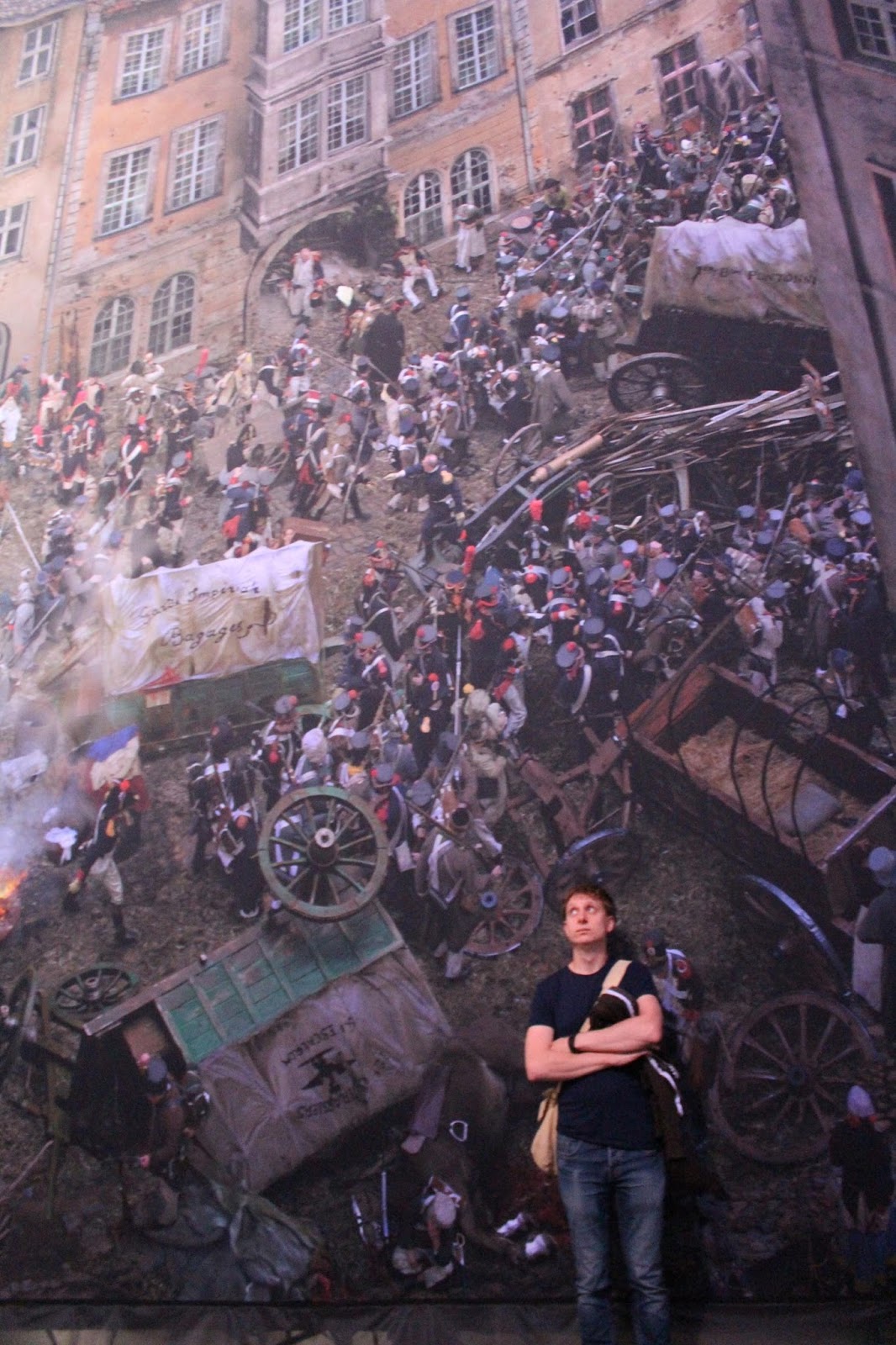 The Leipzig Asisi Panometer (is that pronounced pan-o-meter or pano-me-ter?) is a bit on the pricey side*, but if you haven’t seen one of these things before, it’s a fairly unique sight to see. 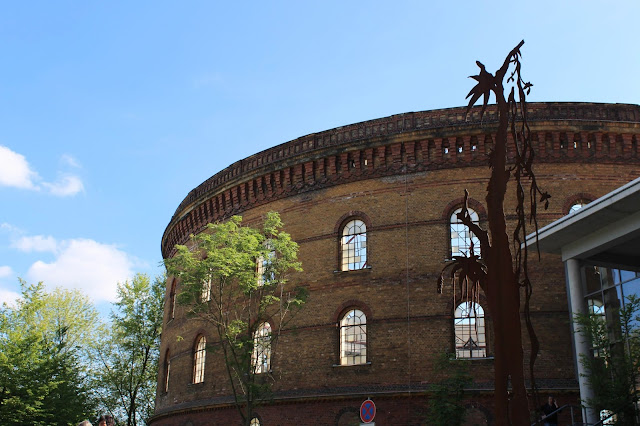 Outside the massive round building, they had these crazy iron ‘tree’ sculptures, which made me think of shadow puppets (particularly the creepy buffy shadow caster), and actually aligned fairly well with my expectations for the whole thing.

Something like a paper diorama, but with moving parts.

I was totally wrong.

We entered about an hour before the whole thing closed, so initially rushed through the ‘internal-external’ (in the building, outside the panorama) exhibition, which highlighted some of the main features and history of the city of Leipzig. 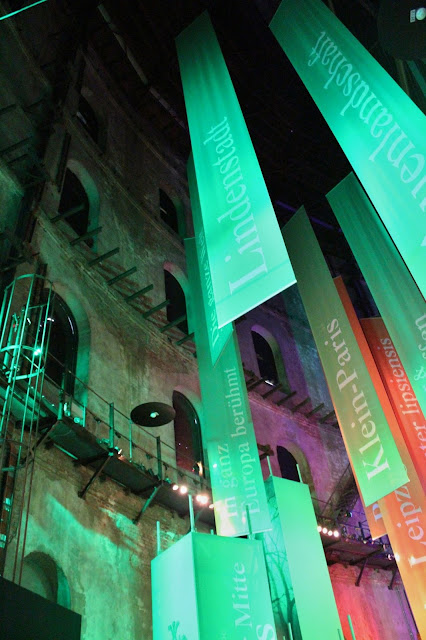 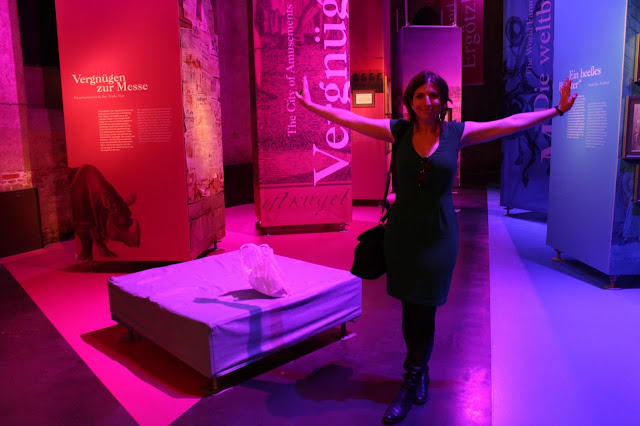 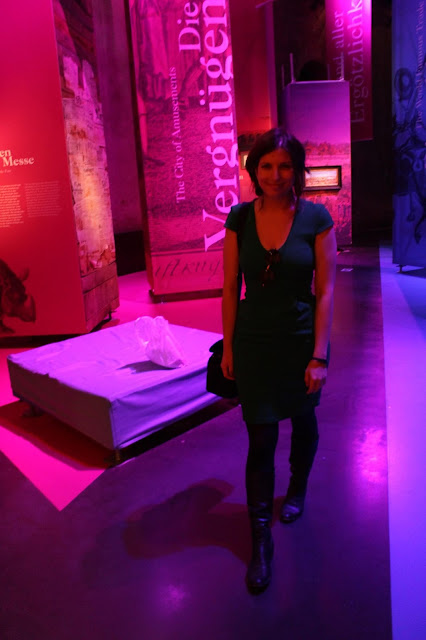 Once inside, we raced up the tower in the middle of the room- until we were several stories tall, and perched, visually, on the roof of St. Thomas Church (Bach’s Church). 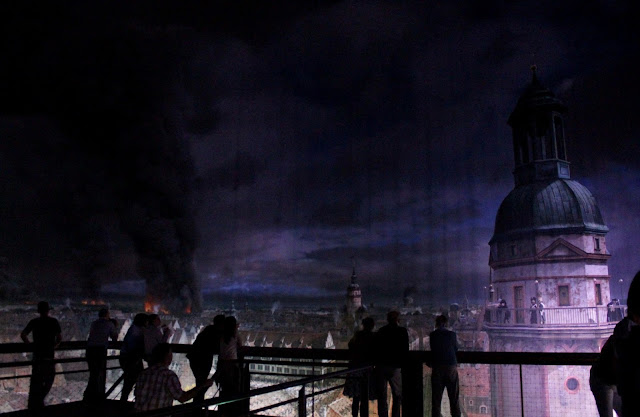 It’s hard for me to portray the visuals through my hastily taken photos- what looks grainy and uncontinuous here was in fact convincingly life-like.

More than that, it’s impossible to suggest how the use of lights and sounds played across the scene to draw you into a Ground-hog day-like circadian play, which quite beautifully drew you into the history of this moment. 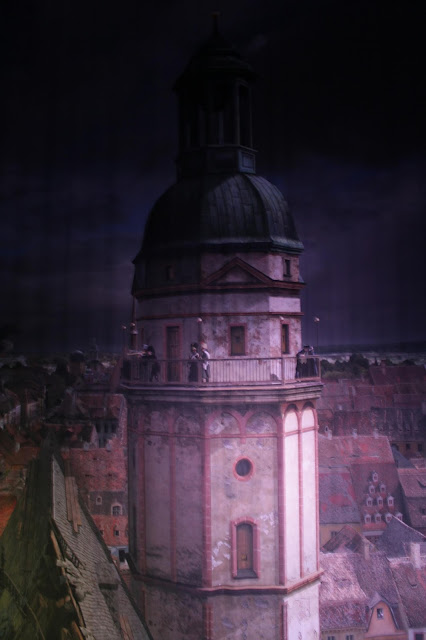 Lepzig 1813, begins with the first light of dawn hitting the church spire, accompanied by the sound of an explosion, or cannon hitting wood. Looking down, we can see a sizeable hole in the church roof.

Turning clockwise through the panorma, the aftermath of the Battle of the Nations- a great european war with over 600,000 soldiers, pitting Russia, Prussia, Austria and Sweden against Napolean and his French, Polish and Italian troups, unfolds. 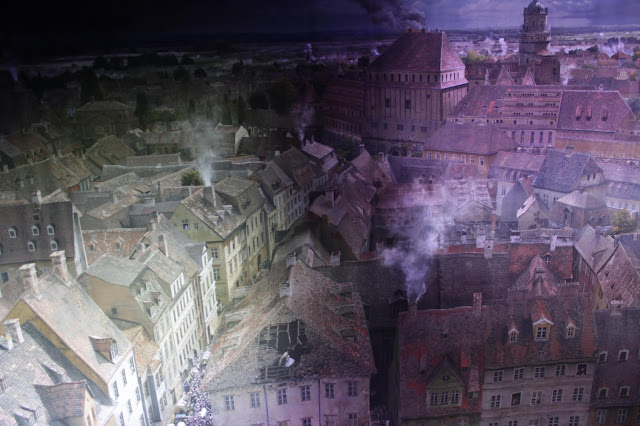 There are fires in the distance, which light up as darkness returns to the city. There are gulls screeching, and people fighting.

You should probably stay on the ‘church roof’ for at least a couple of ‘days’ to take it all in. 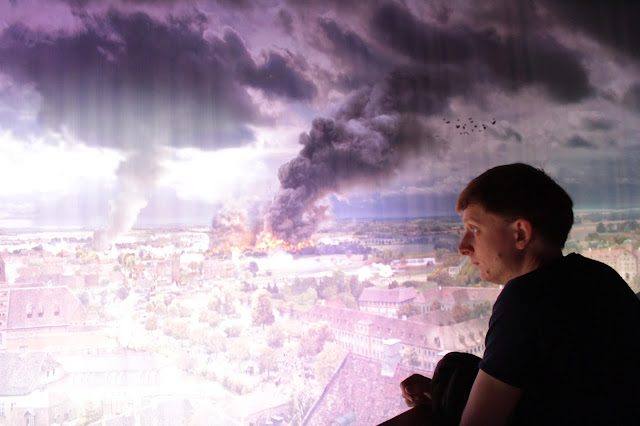 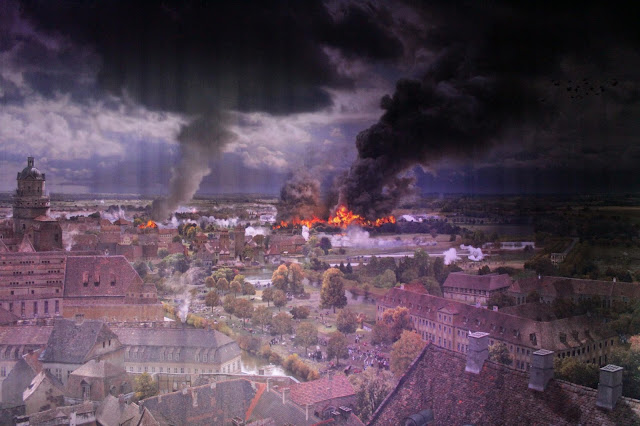 And when you come down, spend some time looking at the absolutely incredible level of detail in the scene.

If you take the time afterwards to watch the ‘making of’ (and you really should, it’s just as interesting as the panometer itself), you will see how the extensive team combined photography of actors and animals with city plans and computer graphics to make the thing as near-tactile as possible. 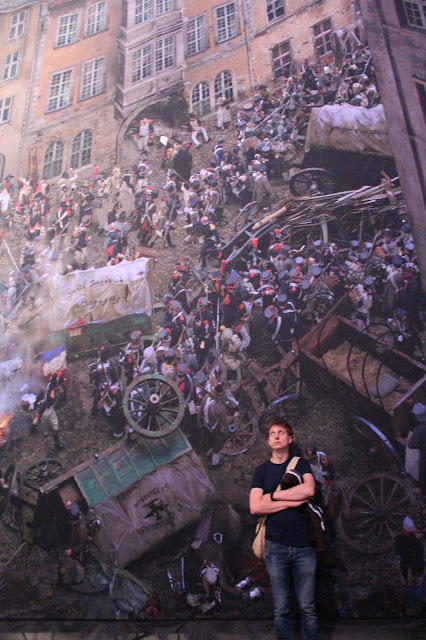 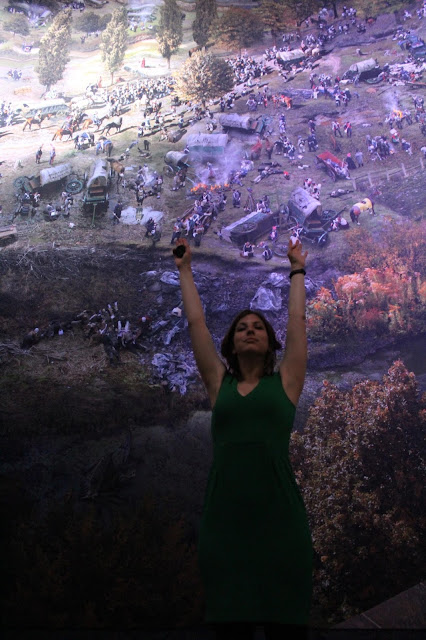 The Asisi team have about 12 panoramas listed on their site, including some natural wonders that sound truly amazing- Great Barrier Reef or Amazon anyone?

But as far as I can tell, there are only four to five open at the moment- in Leipzig, Dresden, Berlin, somewhere near Germany’s black forest, and Rome.

In any case, the one in Leipzig looks to be the most impressive in terms of intricacy and scale. Check it out if you’re in the city! 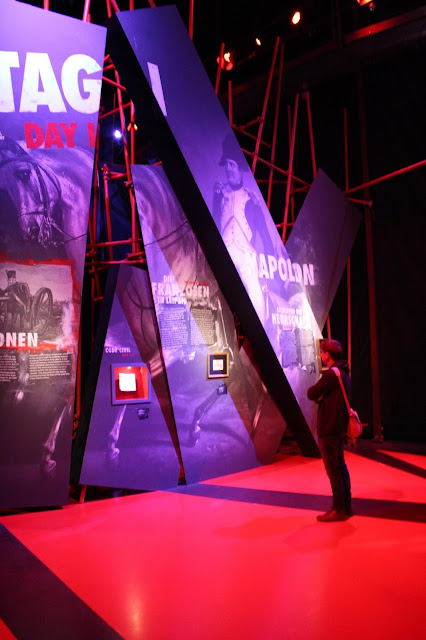 The Panometer is on Richard-Lehmann strasse. Right near the fish! You can find it by google searching for ‘Asisi Leipzig Panometer’. Or go to their official site here.