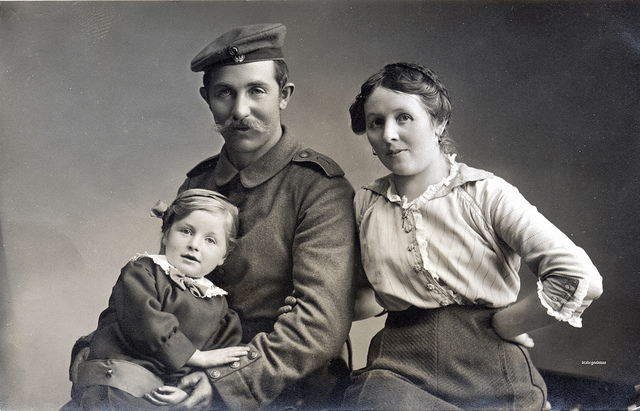 Germans have a pretty bad reputation for not having a sense of humour. Which seems a little unfair, so I thought I’d work on that reputation by telling you my favourite of all jokes I’ve ever heard a German tell.

It was overheard on the train, so let me set the scene for you.

There’s a family, a mum, a dad and a son- maybe 12 or so. Without sounding too racist, the family looks German. But not so much German as ‘German stereotype’, which I think leans more towards Bavarian, and even they might not be too pleased.

Take these fellows above, add 10 or so years, add 10 or so kilos.
Skinny, smallish- dwarfed by the good-natured roundness of his host family.They have a French exchange student with them, probably a couple of years older than their own son (15 or so?), who is also doing his best to look French but somehow ‘One Direction’ at the same time.

They’re supposed to be speaking German, and the German boy is expected to speak French, but everyone is failing, so they’ve mostly switched to English.

Enter the Funniest German Joke in the History:

Dad: So, she said that she woke up at 11 in the morning !
*pauses for laugh track*
*crickets*
*confusion on the French Boy’s face*
*Dad assumes he has not said it right in English*
Dad: it was 11, and she said morning. You see!? 11 is not the morning.
*French Boy realises it is not the English. It is the Joke. French Boy gets it, does not think it is funny.
French Boy is clearly sane.*
Dad: 7 or 8, that is the morning. But she said she woke at 11!
*French boy hopes he can get away with smiling politely- tries that*
Dad: ELEVEN IS NOT THE MORNING!!!
*French boy laughs. His eyes look scared. The family thinks this little oddling will never understand their culture*
*Two seats away, Tegan is quietly pissing herself with laughter.*

You know the idea that you should never let the facts get in the way of a good story? Adam Fletcher at How to Be German writes the ultimate truth: Germans will never let the story get in the way of the True Facts. And I’m pretty sure that the script I included above is an abbreviated version of the dad’s ‘not-the-morning’ explanations.

Ok, so my second favourite ‘German’ joke is this.