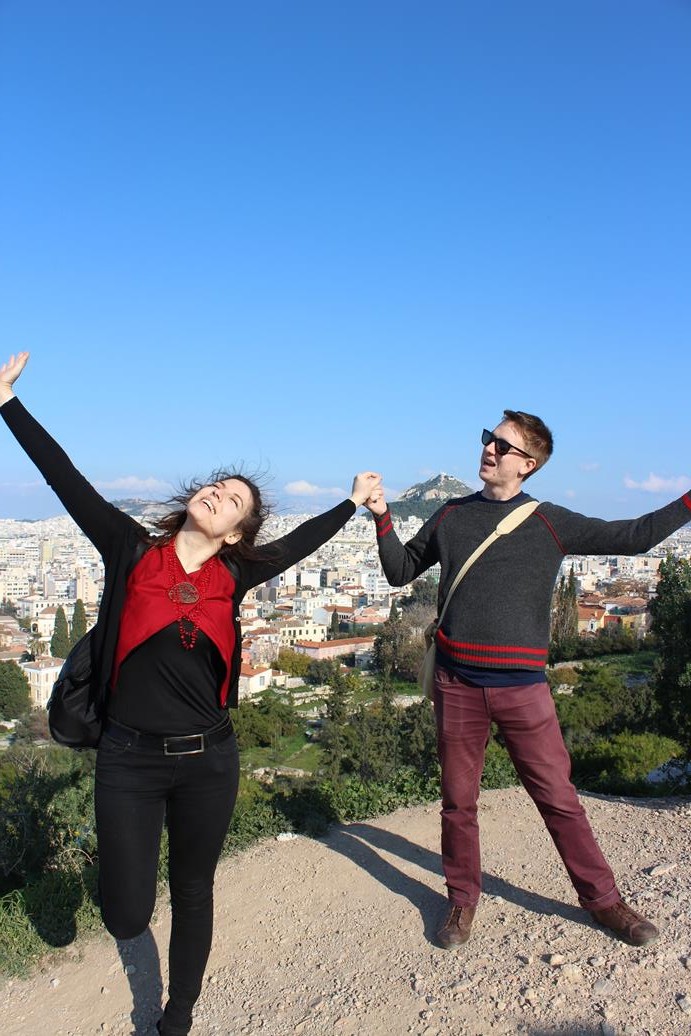 So, it’s the end of the year as we know it, which is absolutely terrifying to me. We’ve spent the last year running around like crazy, getting our science on, moving house (and city, kind of), moving job and generally practicing being grownups (ok, not trying so hard- but some of us turned 30 this year).

Here’s a quick run-down of what we’ve been up to in the last year or so.

We were pretty lucky to have a visit from my folks and my sister over the 2014/15 Christmas break. It was a kind of chaos- with the three of them moving around Europe rapidly and in various directions (seriously, there was a three page schedule with who and what and where), but, after meeting Ariel and Mum for a bit of the old Christmas street drinking in Munich over a long weekend, and then running into Ariel again for a long weekend in Cologne, we finally found ourselves all in the same places (Granada, Cordoba, Seville: Spain’s ‘Golden Triangle’) for the Christmas period.

We all fell desperately in love with the Islamic art of Granada’s Alahmbra (seriously- you should go there if you can, it’s spectacular!), did lots of walking and sunned ourselves at every opportunity, and everyone involved ate more than their fair fill of seafood and tapas. Win! After Christmas, Andy and I split from the group and travelled by boat to Morocco. There was a bit of chaos, and we had to be reminded multiple times by the locals that we ‘weren’t in Europe any more’, but ultimately we adjusted to the Moroccan ways, and generally enjoyed our times in Fes, Chefchaouen, the Erg Chebbi desert and Marrakesch. Highlights of the trip include seeing the very peaceful mountainside ‘blue city’, Chefchaouen, being in the small desert on the border of Algeria for new year’s, and wandering in the Djemaa el-Fna market in Marrakesch at night. Best of all, we met an amazing trilingual (Spanish-Mandarin-English= the best kind of trilingual!) travelling companion, Guillermo, to journey with! We arrived home in time to celebrate Australia day, and to be visited by some of our favourite Australians. Ikumi and Nathan (from my school), and Richard (from our old lab in Perth) dropped by. Clearly, all of them decided that they couldn’t bear to be so far from us, and set up shop in Europe for the next couple of years. We kept on travelling Europe, with short trips to Leipzig, Hannover and Gran Canaria (turns out, we’re still too young for that kind of holiday). Meanwhile, other ex lab-mates dropped in and out (Sanj and Hayden  and Daniel P), and we were joined permanently in Golm by the Aussie naturalized Szymon. All of this took place around our huge move from Potsdam to Berlin. Turns out, if you tell your boyfriend that ‘we can move to Berlin half way through if you don’t like Potsdam’, he will take you up on the offer. The whole thing was extremely stressful- we thought we were successful in finding a new place, but only after we had cancelled the old contract did the new one fall through, and we spent an extremely tense Feb trying to set up something else. In the end, we managed to find a great place, and felt pretty proud of our improved abilities to work out the German system. Thanks heaps to all our friends who helped us move our appartment-full of stuff (how did that happen in just two years?) from Potsdam to Berlin.

The new locale is right on Viktoria Luise Platz in Schoeneberg- which means great location, and great connections to both work and all the interesting parts of the city. It has a balcony, a bathroom that actually has a window (halleluliah!), and an extra guest room (in case any of you would like to visit next year,- we can now sleep four guests!).

It’s also super cheap to rent, which is probably why it needed a lot of love when we first moved in. We laid our own lamiate flooring, built shelves and benches- pretty much making our whole kitchen-, replaced fuses, hung light fixtures, sewed curtains and cushions for the living room, and decorated. It’s a bit of an ongoing thing, but it actually feels like our own (renting is much nicer in Germany than Perth- no rent inspections, no problems with drilling holes!).

Quick to take advantage of the situation, the Rowes dropped by, and then Andy’s folks- who we also followed around Poland (Warsaw and Poznan). We rather unluckily planned the whole ‘moving to a new city’ thing, at the same time that Andy moved to a new group. He’s still at the Institute, but has raised himself 2 floors up, and is now working on new projects, with a new boss. Everything seems a lot more compatible, and he’s generally a lot happier than before. Meanwhile, I’m battling away at the Phd- same group, same projects. I have an extension of the scholarship, so it’s 7 months from now until the money runs out. Wish me luck eh?

Well then, that’s the highlights of 2015. For now, we’re travelling Greece with Andy’s two brothers and parents, and already looking forward to some move visitors once we get back to Berlin!- so there will be more stories to come in the (very early) New Year.

Thanks to all the friends and family who helped make 2015 successful- we hope you had a great year too.

Love to you all,