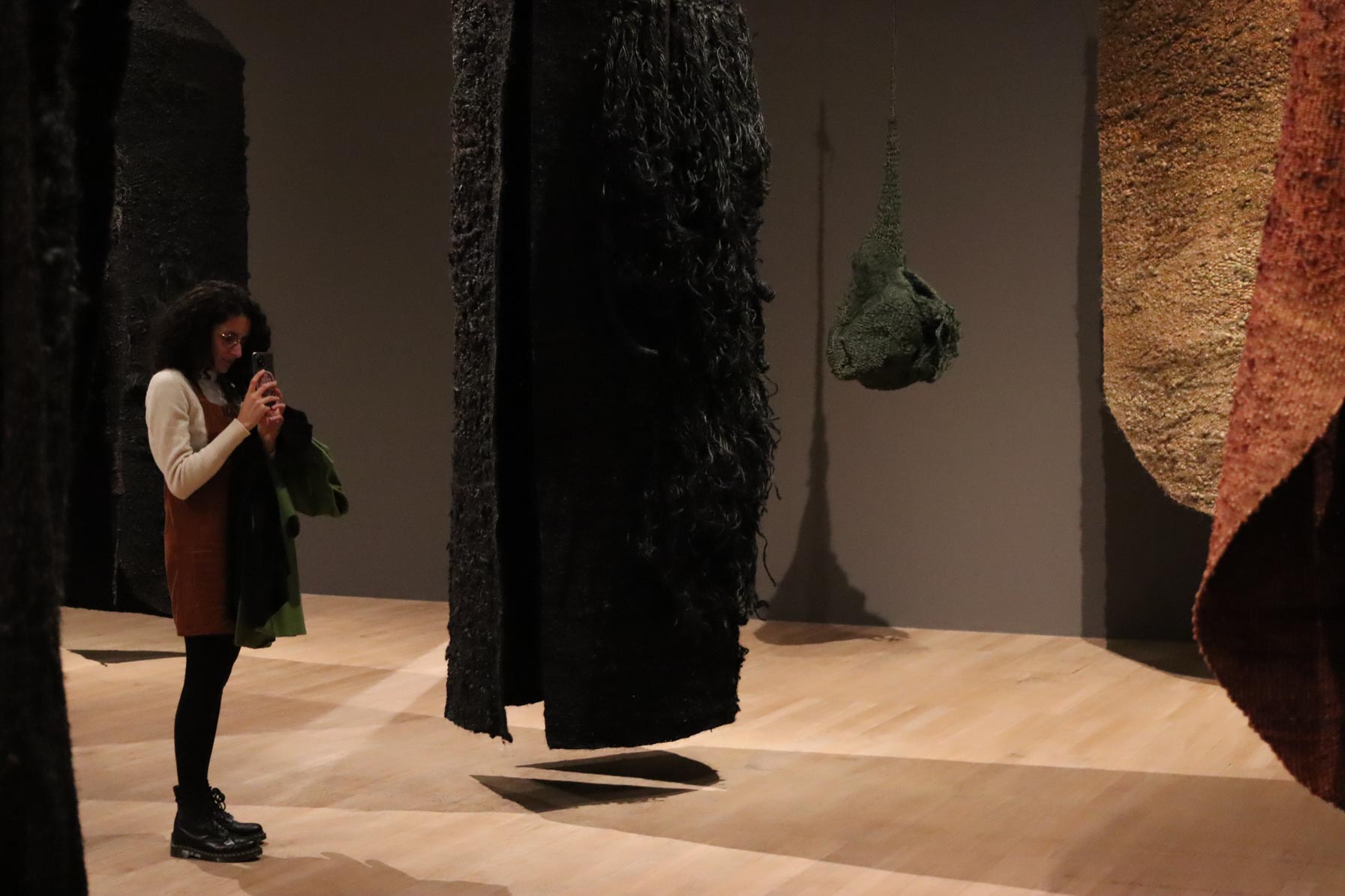 On Monday the 21st of November, I arrived back into London at 6 in the morning. I ‘went’ straight to work, which was actually WFH at Sameer’s Central London ‘bachelor pad’, and leapt into a busy week of house cleaning and interviewing potential new housemates.

On Wednesday, the Woolly times began, with Crochet Club at work.

I made this Wurm. His name is Florence.

Thursday was American Thanksgiving, which created a chaotic hot mess of a meal at our work canteen that was somehow surprisingly tasty.

And then on Friday, we went for dinner with our USian friends, and their most-beautiful-cat-in-the-whole-world, Sasha.

I made this Franken-Pie-n, which was half pecan pie and half pumpkin pie.

We had all of the food, including two types of stuffing, delicious rolls a la Aisha, tukey, beans, potatoes and more.

There were chats, stories were told…

…and at some point Sameer tried to teach Sasha the cat something that she clearly disapproved of.

Dessert also included brownie, as well as these white-chocolate-covered balls of heaven that I ate at least three of.

All in all, a pretty successful evening of friends and food!

On Saturday, Sameer helped with a bit of gardening, before we headed to the Tate Modern the work of Polish Wool Sculptor, Magdalena Abakanowicz….

… with our awesome Giulia:

The exhibit was set out to show a bit of the artist’s progression, starting with her earlier more-linear but still slightly chaotic earlier woven work.

The first works showed a mix of textures and threads and a little chaos in the weaving, but were by and large still fitting into the standard rectangular rug shapes.

But by room number two, things had started to progress to larger and more freeform hanging formations.

When Abkanowicz started creating these huge hanging scultures int he 60s and 70s, there was nothing else like them.

So they became known as Abkans.

There were also a few of her drawings, which Sameer and I both loved a lot. To me, the flies (below) really helped to highlight Abakanowicz’s ability to portray organic/living things in semi-ambiguous ways.

And then we went into the Big Room!

… Which was filled with piece after piece of Abkanowicz’s incredible works!

Some were incredibly yonic:

While others seemed more coral-y:…

I may have mentioned before that I LOVE hanging art, and anyone who has ever been to my flat will attest that my room is pretty much set up like a birdcage, with bits dangling off all the walls and ceilings.

My favourite artist of all time is Calder, who created the mobile.

Like literally created it as an art form. Before that, no-one had thought that art should move.

The Abkans aren’t really mobile, but they do invoke some similar feel in the way they hang as well as how they create shadows, both within their folds and on the ground below them.

On top of that, they have something that the mobiles don’t have- a smell.

If you got up close enough, you can smell a very rich raw woolliness.

This, the much heftier presence of the works, the warm and dark hues, and the folds and holes and tears, made it feel like much more of an organic and cosy experience.

It also made me want to climb inside the pieces, but I don’t think the Tate would have approved.

I think we might need a moment to all have a loooongg look at this one.

Some pointy erect bits, along with some flappy saggy bigs.

And speaking of flaps:

And one of my favourites, which was definitely kind of lungs, but also felt kind of cancerous…

In the final room, we saw this poor truncated tree, which we all thought was really sad, but which Sameer decided he liked.

Overall, it was a brilliant exhibit, and definitely one of my favourite ‘culture’ things we’ve done across the past months.

To finish off the evening, we went to Sameer’s work, looked at some pretty fish and some pretty cathedrals, and even got to see some Roman ruins.

And then, thanks to Sameer’s eagle eye, we saw The Dame Herself!