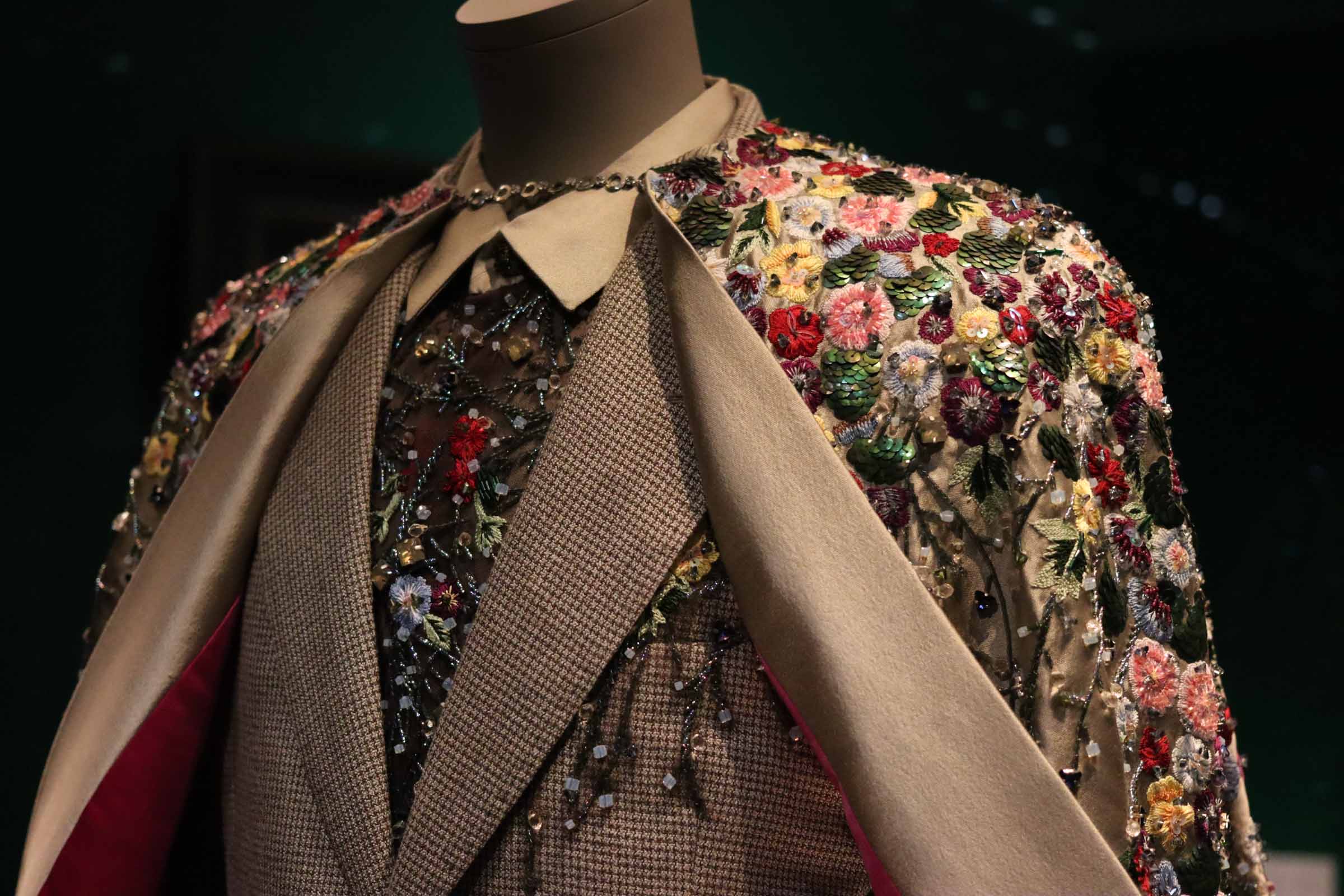 Way back in the week of August 14th, aka, the week of our Triumphant Return From Being Mountain Kings, when we went to visit the V&A’s Fashioning Masculinity and Africa Fashion exhibits.

The week should be chronicled in the right order, even though you’re mostly here for the photos of the sexy sexy fashion.

….And even though everything here happened back in August, and we’re now in a new sun circle’s January.

Right this way my friends.

The week began on Monday with terrible life choices that involved trampoline sport (I love it, but can now conclusively say that it should not be done two days after climbing a mountain).

I made some birthday cupcakes for a new work friend, and on Tuesday we went out for their birthday dinner at a pretty great Ethiopian restaurant.

Some more sporty things happened (which one day, following torrential down-pouring, involved some serious wading to even get to the gym), and then on Wednesday, Giulia, Nicky and I went to try icecream of the ‘not your usual kind of icecream’ sort.

Following our noses, and a recommendation from TimeOut, we headed to the posh part of town, to see Anya Hindmarch’s Icecream Project.

We didn’t get to try every single one, because they’d already run out of a few, but the person serving very kindly gave us tiny scoops of everything the did have. Which I think was a fair chunk of the list, excluding the golden syrup, P sauce, custard, polo and a couple of the milder kellog-y ones.

Overall, most of the flavours were quite fine. The Lea and Perrins was probably the most interesting (a tomato sorbet with a small hit of Worcestershire). The Kikkoman was definitely the worst- and did everything in its power to swamp the other flavours out.

On Thursday evening I had my first ever pottery course class. More on that once I have my finished pieces back in!

On Saturday I did the incredible Indigo Masterclass, then raced to meet up with Sameer (changing in the bathroom), for a seasonal five-course vegetarian feast at Plates.

Would recommend, would return.

And then, on Sunday, there was The Fashion!

I’d been wanting to go to the concurrent fashion exhibitions at the V&A since I first saw them advertised, but it took us a while to organise ourselves and make a visit.

The exhibit was broken up into three sections, with the first being UNDRESSED:

To be honest, I really like that wing coat. Although would probably wear something slightly different underneath.

Behold! A leaf and a ball.

The second section was OVERDRESSED.

.. In which we establish that there really is no such thing as ‘overdressed’ for a man.

This dress (above) is Kim Jones for Fendi, worn by a male model and part of a collection inspired by Virginia Woolf’s gender-switching novel Orlando.

This section contained a lot of the more ‘frivolous’ side of male fashion, including colour, frill and at least a little bit of pomp.

Sure it’s sombre, but it also really did reconfirm that men all of us should really get ourselves back into waistcoats and cravats.

^I wish I had the ratios to pull this look off!

If I can’t take the suit, I’ll at least take the cape.

I only took photos of the last one, because it’s my absolute favourite

(By the way, if you want to know more about the show in a bit more depth, there are a couple of nice overviews, including really lovely photos, here and here)

After spending a bit of time wandering around (and trying to work out which outfits would work best on Sameer), we did a quick stroll through the museum.

Past Tippoo’s Tiger (a wind up wooden tiger mauling a soldier..)

And past a few other fashionable beauties that I now crave.

(That Yohji Yamamoto coat with giant pockets is the new love of my life!!)

.. And then on to the Second part of our Fashion Journey:

I really enjoyed one of the earlier parts of the exhibit, which focused on indigo dying using various forms of resist- usually extracts from starchy vegetables like cassava.

Definitely something to try.

There was a tonne of styles throughout. As always, one of my favourite things STRUCTURE. In this case, the fact that many of the works shown used stiff fabrics (or non-fabric materials), and relied a lot on both structure and texture of the materials.

^This one I want to try to Re-create (in black?)

One of the things that I did lack a little was some of the background information. I’m pretty ignorant about all things Africa, and I could have done with more detail about inspiration, particularly where there was influence from local cultures.

Overall, it was a great day of seeing some pretties, and because we were super well behaved we were allowed to finish the day off with icecream!